Art & Culture / Art / What happens when you paint a canvas every day for a year? 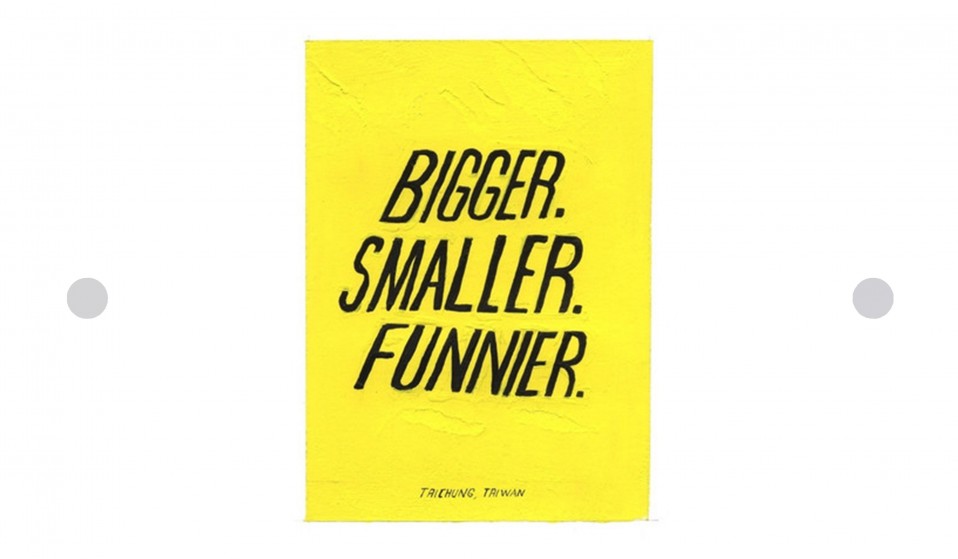 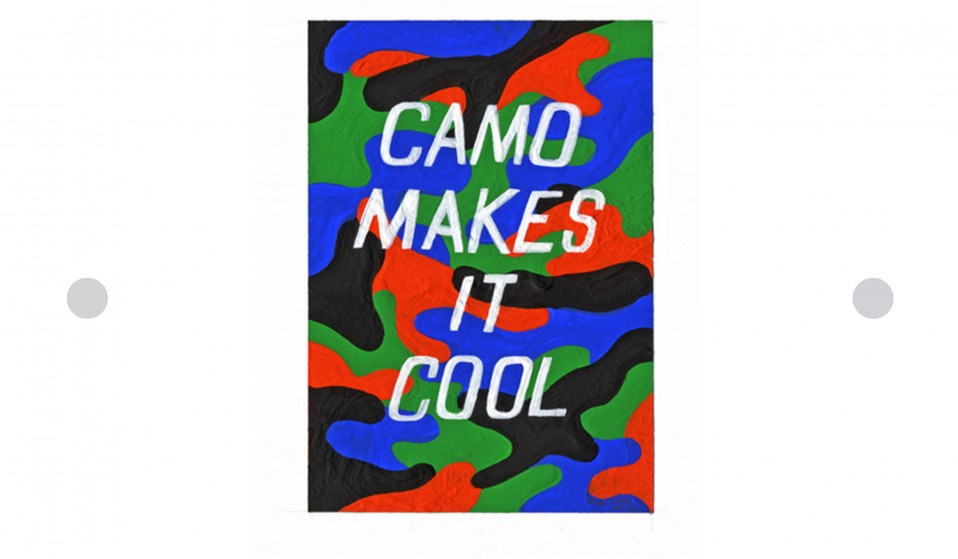 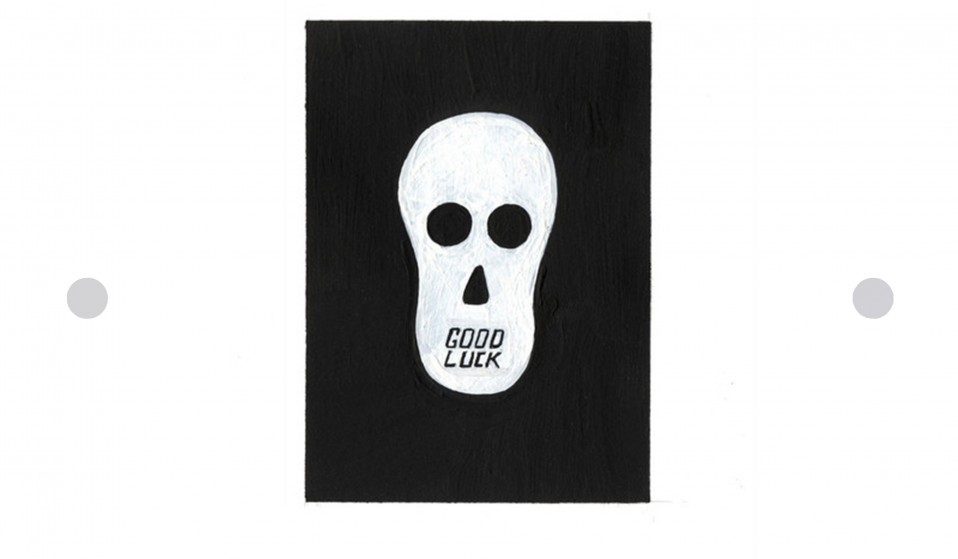 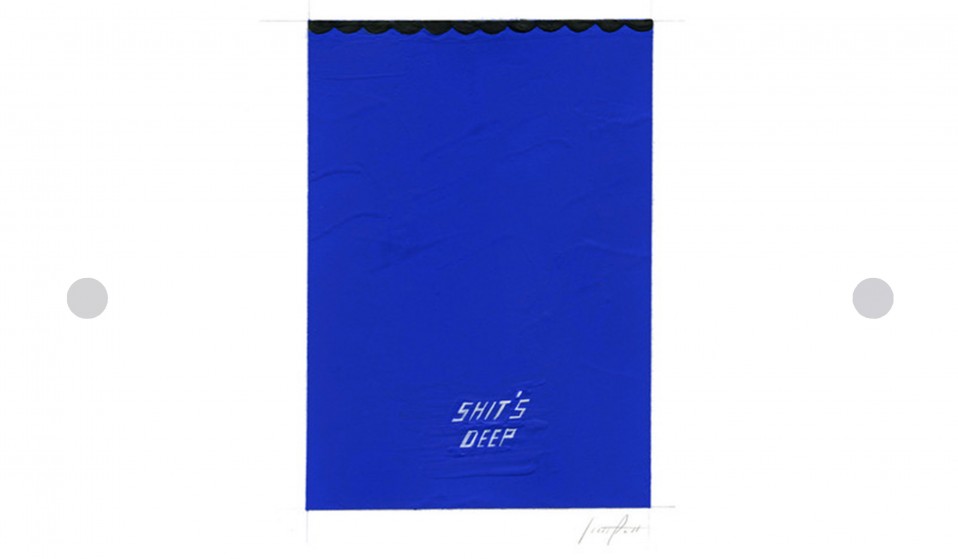 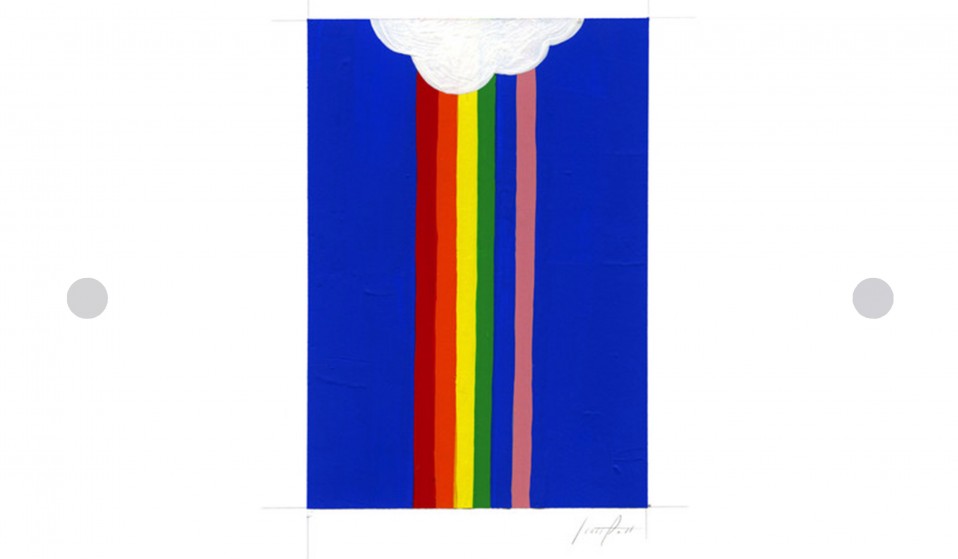 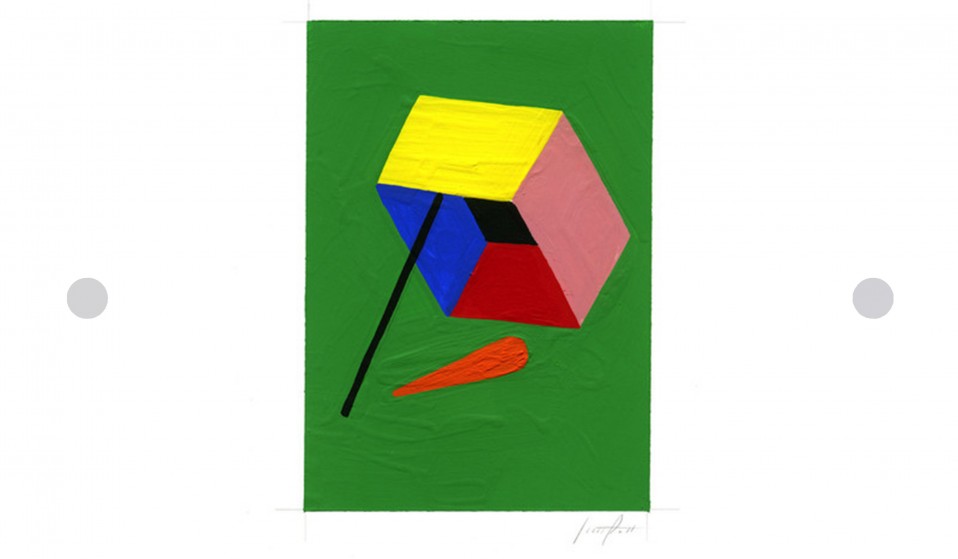 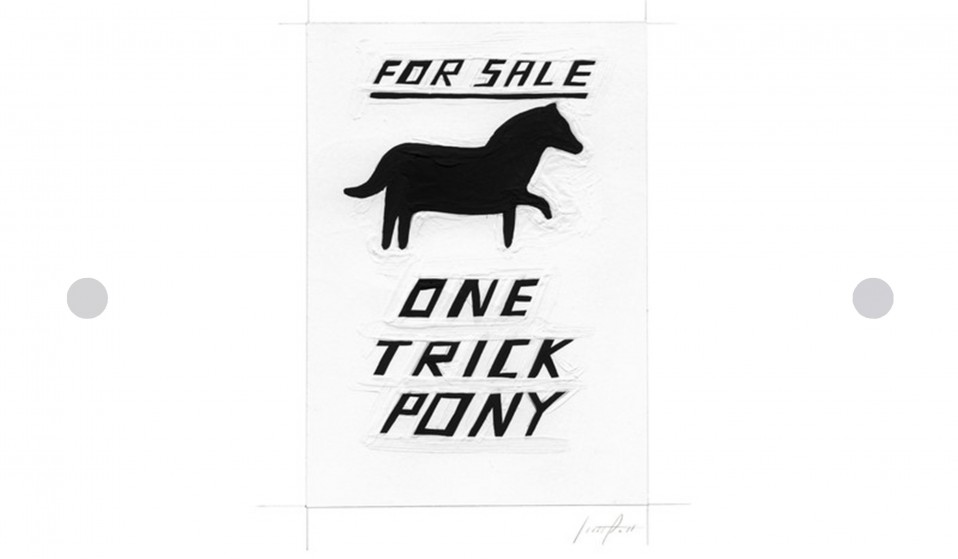 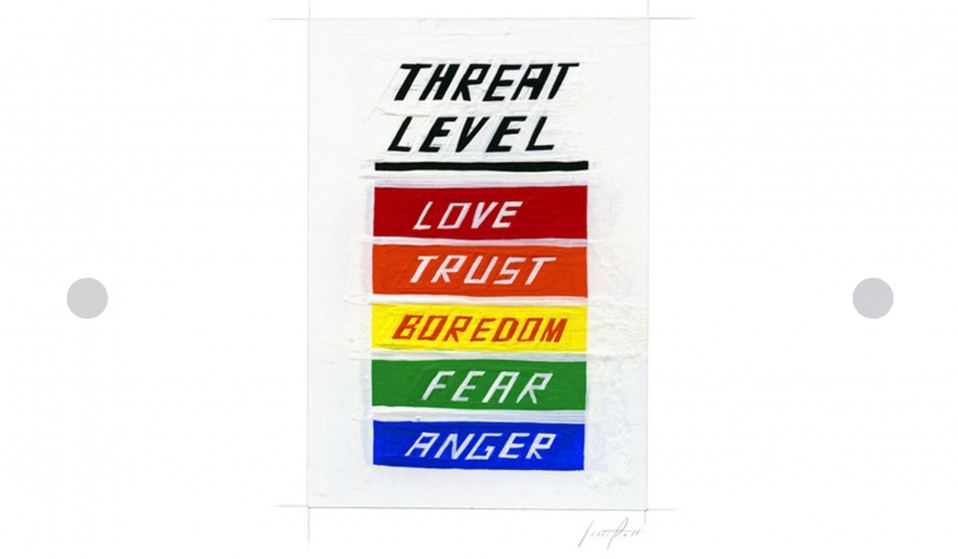 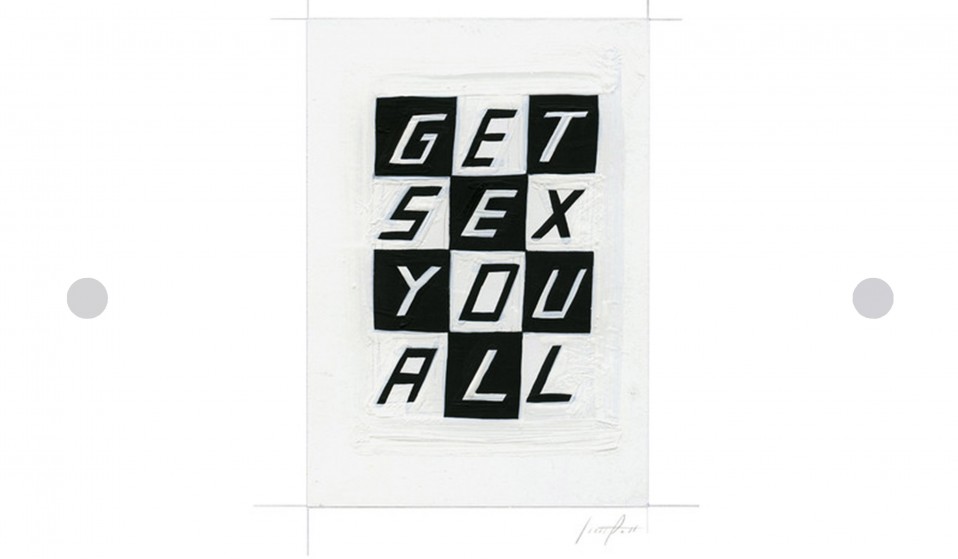 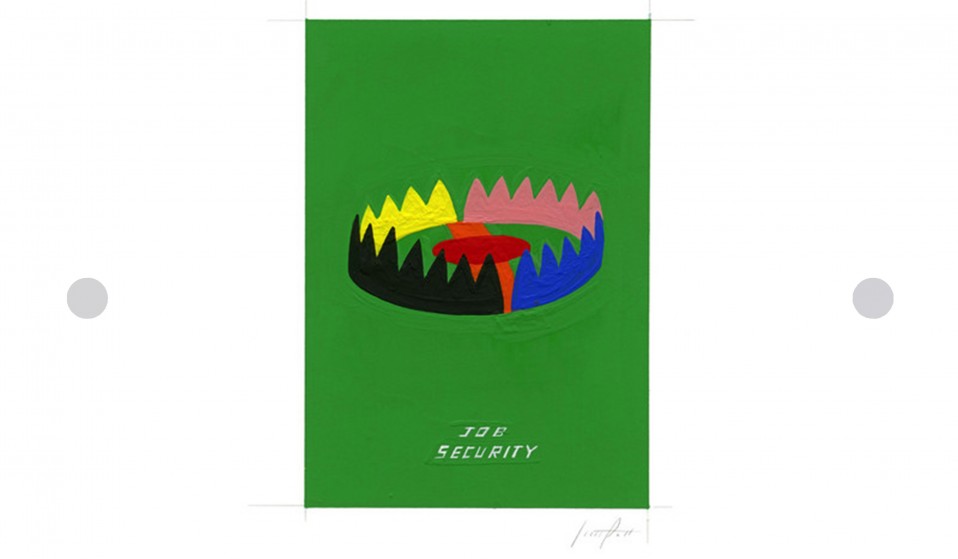 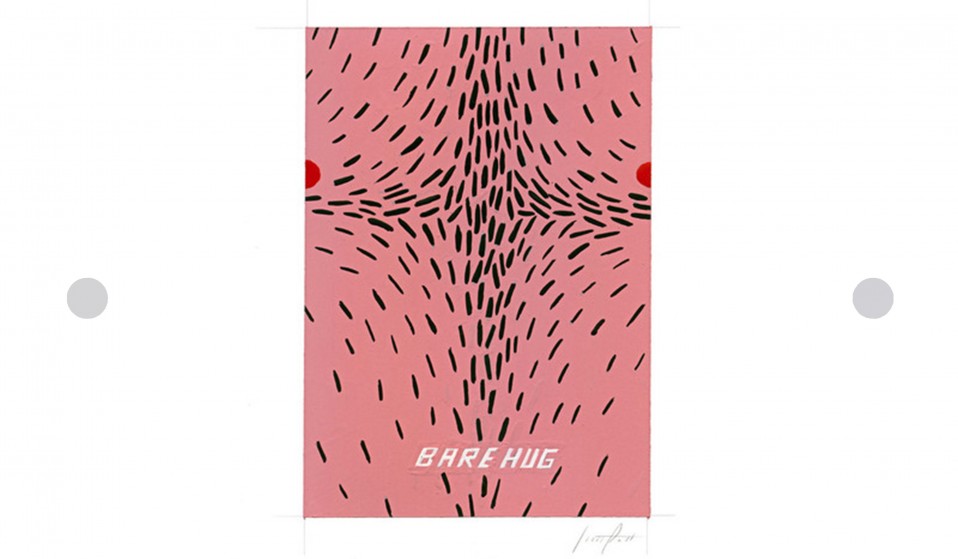 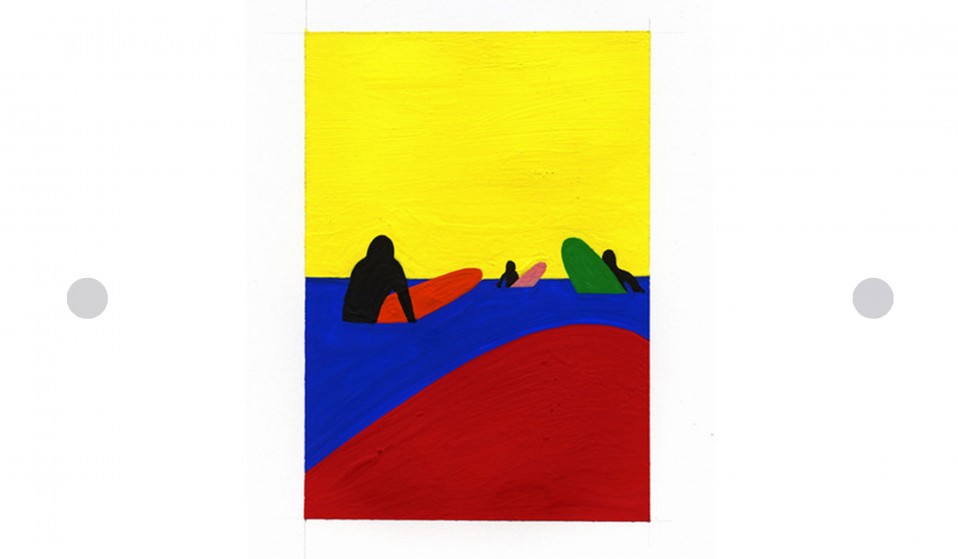 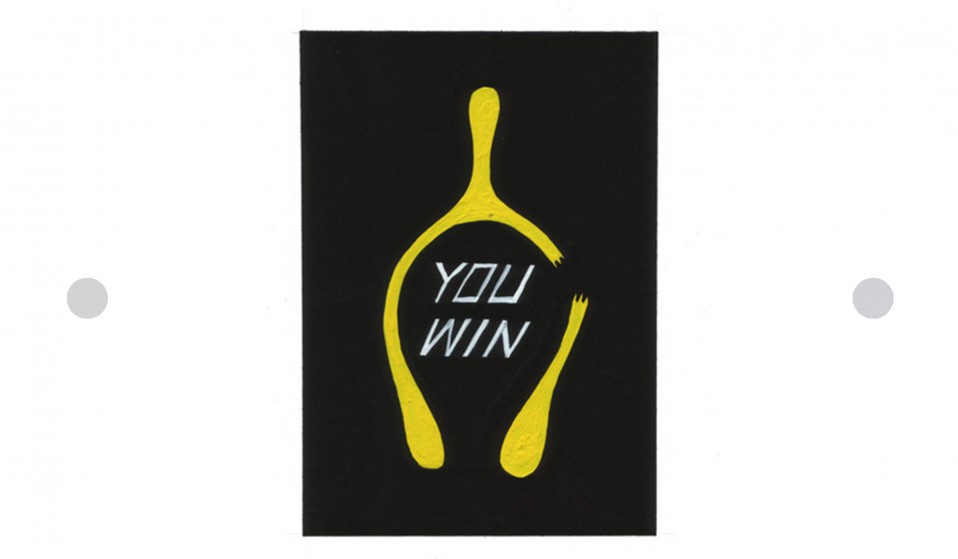 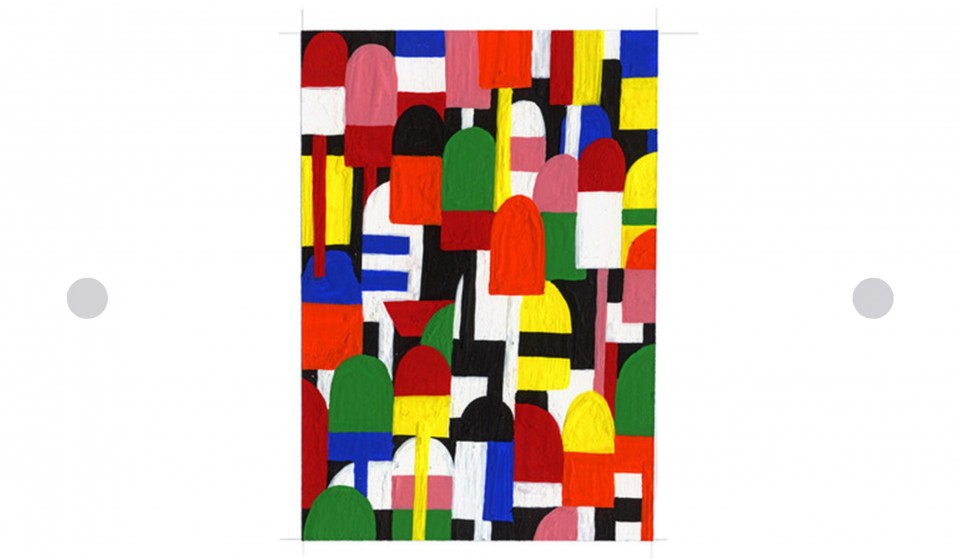 Artist Scott Patt’s Bigger. Smaller. Funnier. project sees him painting one piece per day to create a visual record of an entire year.

Artist Scott Patt’s Bigger. Smaller. Funnier. project sees him painting one piece per day to create a visual record of an entire year.

So-Cal artist Scott Patt kicked off the new year by painting his first of 365 canvases that will see him creating a year-long visual record of 2014.

Scott has worked for nearly two decades designing sneakers for Giorgio Armani, Nike, and Converse, and has produced a number of highly sought-after limited edition creps in his time.

With his new Bigger. Smaller. Funnier. project, Scott has committed himself to pushing out one piece of his colourful and witty, pop-culture inspired work each day, that comments on whatever he needs to get off his chest on any given day, right up to the end of the year.

He aims to publish a new piece every morning and you can follow his progress on his Instagram, or wait until the end of the year when the entire project will be presented as a gallery show and published as a book.

What does Bigger. Smaller. Funnier. mean to you?
Bigger. Smaller. Funnier. literally came from a wall inside a footwear factory in China. In this one factory we would develop at, there were these inspirational quotes written on the walls of the building to inspire the workers. Some were about innovation, some about craft and then there was this one wall that just said, Bigger. Smaller. Funnier. Lost in translation… 12 years later, last November, I pulled out the photo of that wall one night and stared at it for a while. It made total sense to me… Thatʼs what I needed in my life… Bigger, doing more of what I desire to do and making things more meaningful. Smaller, doing less of what I donʼt want to do and cutting out the shit and Funnier, simply laughing and smiling more. Not only did it become the title for the project but it became the grounding principle behind the project and a bit of a daily mantra when I make new pieces.

Why the year-long project?
The short answer is to do something Bigger. Smaller. Funnier! I wanted to prove to myself that I could do something, meaningful, worth sharing and ridiculous. I wanted to make a massive body of work/sketches/ideas that reflect every day life, something that could be shared/exhibited in new ways, that could connect on a larger scale and do it in a (reasonably) intelligent way. But I needed it to be epic. I wanted a quest that would stir shit up, push me and help guide me to more meaningful work.

I kept thinking back to the crazy time I entered a bodybuilding contest when I was 19 to help me lose weight. I dieted and trained like a beast twice a day for an entire year to get ready for that show. There is no such thing as partial commitment when youʼre about walk through a curtain to pose (practically) naked in front of a crowd of strangers, but I did it. I lost 100lbs in one year through insane hard work and I competed in the show in an electric blue trunks while posing to “Still loving you” by the Scorpions. I needed that kind of ridiculous in my life.

Why did you decide to share the work daily through social media?
The democratisation of art for this project was a huge consideration for me. I spent almost 20 years as a designer (footwear, brand, apparel) working for greats like Giorgio Armani, Nike, and Converse. I was a part of a instigation of Sneaker Culture at Nike in the early 2000ʻs. As the Global Creative Director of footwear for Converse I created the largest sneaker collaboration project ever at with the 1HUND(RED) Artists program. As well, Iʼve had the pleasure of working with some of the most amazing and wonderful creatives of our time.

That experience was amazing for many reasons but one of the greatest things about that job was coming to understand the concept of democracy in regards to the things we purchase or attach ourselves to. Next to Coca Cola, the Chuck Taylor All Star Sneaker is probably one of the most democratically consumed objects on our planet. Whatʼs special about the Chuck is that the counter-culture rebelliousness that product stands for is accessible to everyone. Everyone can go out and get a piece of “fuck you” at a reasonable $50 to make it what they want.

Artists have been pioneering this business model for the last 20 years and opportunities are only broadening as digital commercial networks continue to rise. Itʼs a great compliment to the gallery system, where artists can grow their base and introduce new people to their work.

The idea of democracy is equally important in relation to the growth of an artistʼs community and support network. I had been thinking a lot about how as an artist I can spend 4-6 months getting ready for a show, in a studio, alone. Then have an opening for one night where if you’re lucky a couple hundred people see the work and then for the next 30 days you get the occasional local, tourist and the clientele of the gallery. Thatʼs amazing but it isnʼt tapping into the full potential of what new media can do with regards to building connectivity with other artists, fans, patrons, new galleries, etc.

I loved the idea that Bigger. Smaller. Funnier. could be a living gallery that starts socially via Instagram, Facebook and my personal website. What is typically the first life for work within the gallery will be Bigger. Smaller. Funnierʼs second life, when itʼs viewed in a physical environment in conjunction with new larger works stemming from the over 365 sketches throughout the year. Itʼs building momentum!

Linkedin
OTHER ARTICLES
Photojournalist Fiora Garenzi spoke with people still living in Eastern Ukraine, an area which seen some of the heaviest fighting since the war began.
A series of photos by the late Jerry Dantzic taken in 1957 show a tender side to the iconic Jazz musician.
To mark the premiere of his new documentary on surfing giant Gerry Lopez, the filmmaker and former pro skateboarder sits down to share his unique brand of wisdom.
A new series of photos by Johny Pitts shines a light on communities and subcultures that have all too often been overlooked.
From the chip shops, to the bingo parlors and burlesque dancers, photographer Mike Coles remembers capturing scenes of holidaymakers by the English coast.
Steel City is often overlooked when it comes to the country's cultural radar despite its role in shaping electronic music.