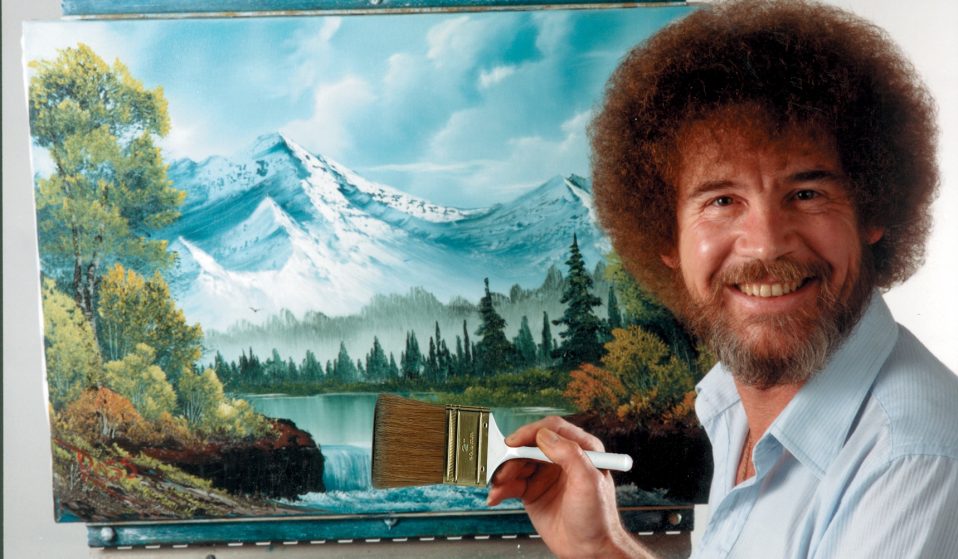 When Bob Ross died in 1995 at the age of 52, he left the world with more than a wealth of television shows, books, and images. The American art instructor, known for his paintings of natural landscapes, bequeathed generations with the power of creativity that lay at their very fingertips.

“He never wanted to be known as an artist,” says Elizabeth Bracey, curator of the new exhibition Happy Accidents: An Exhibit of Original Bob Ross Paintings. “His intention was to be Bob Ross, the teacher. If you call Bob Ross Inc. and ask to buy a painting their response is, ‘We want you to make your own Bob Ross painting.’ That’s the Bob Ross way: Make your own art.”

Ross was a modern-day guru of sorts, imparting his wisdom through The Joy of Painting, an instructional TV program. It first aired on public television from 1983 – 1994 before going viral on Twitch in 2014 and YouTube in 2015.

“The secret to doing anything is believing that you can do it,” Ross said in a voice that was as soothing as the strokes of paint he carefully applied to canvas. “Anything that you believe you can do strong enough, you can do. Anything.”

Ross’s landscape paintings embodied the best elements of genre art: captivating scenes of nature rendered in a symphony of tones that awaken buried memories of thousand-piece puzzles, van art, short stays in seaside motels. They are a throwback to simpler times. 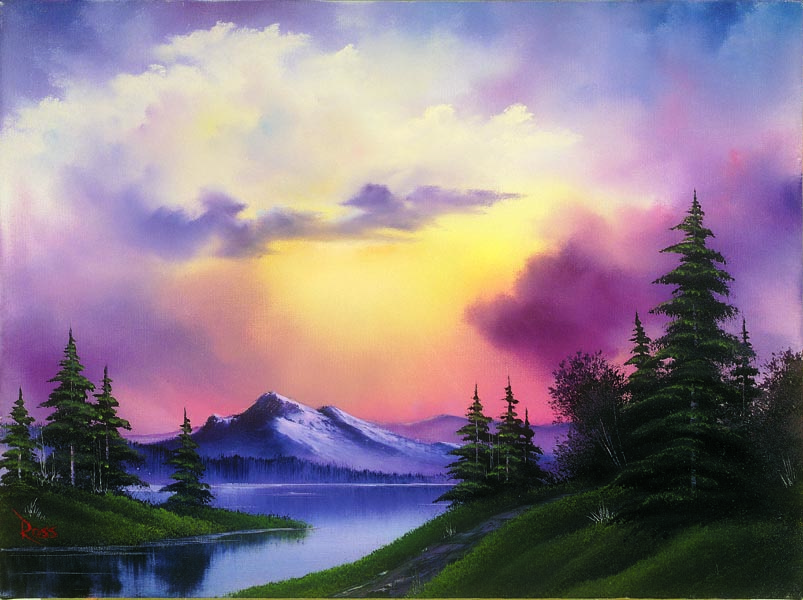 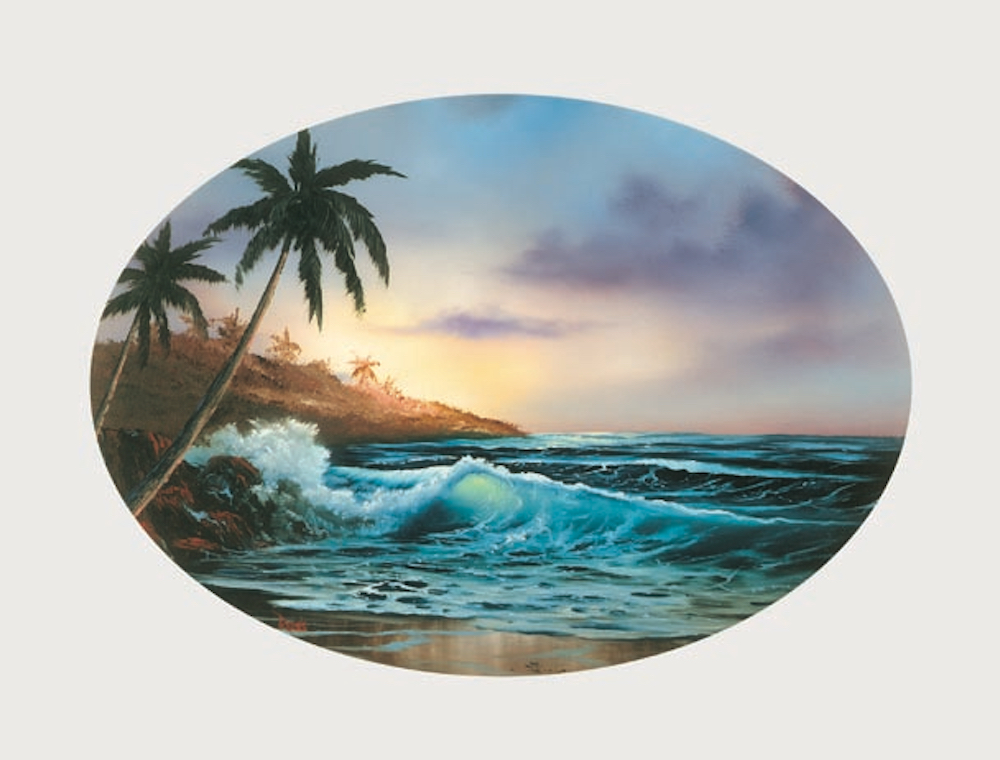 “Seeing his work in person you appreciate him as an artist more than you might by watching him on TV or looking at his books,” Bracey says of the 24 works on exhibit.

“His style of work is not something that appeals to everyone but when you see them in person, the way he was able to bring a luminous quality to the canvas, the way he makes water translucent, the way he created compositions – and then you think about the fact that he did these in half an hour! He was a genius.”

A quiet revolutionary, Ross introduced the general public to the idea that they didn’t need to go to art school to paint and in doing so won the heart of people from all walks of life. Bracey anticipates 15,000 people to visit the exhibition this month, and is overwhelmed by the love and joy they bring with them.

The exhibition title comes from a popular Ross quote, “We don’t make mistakes, just happy little accidents”. But it also speaks to the serendipity that surrounds the artist’s legacy. This past March, the Smithsonian’s National Museum of American Art acquired Bob Ross paintings and his easel for their permanent collection, though they had no plans to exhibit the works.

Bracey volunteered to host the exhibition, not realising just how transformative it would become. “It has been a lesson about not being afraid to say ‘yes’ to things,” she says. “People’s creative abilities are amazing when you take fear out of the equation.” 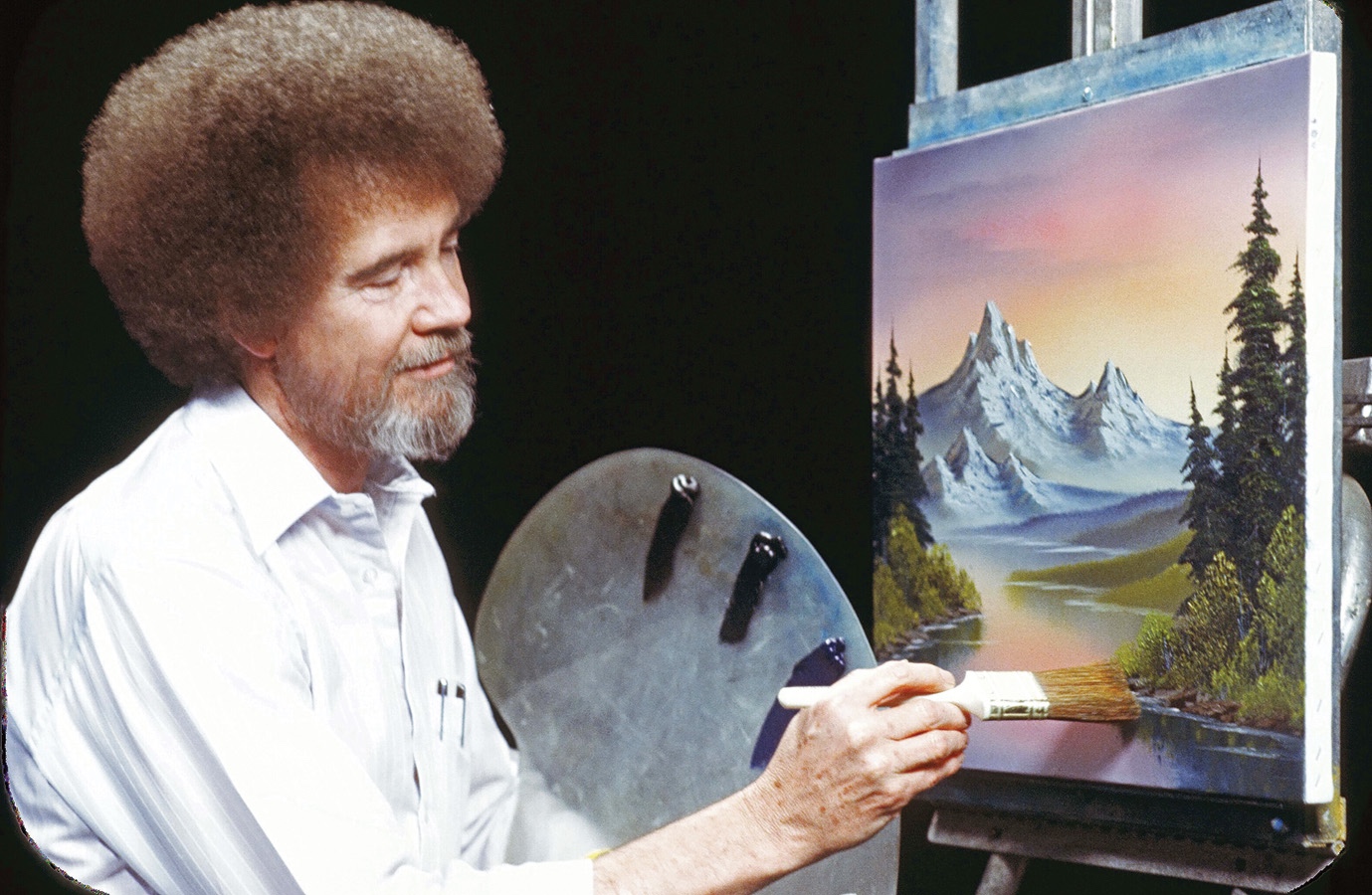 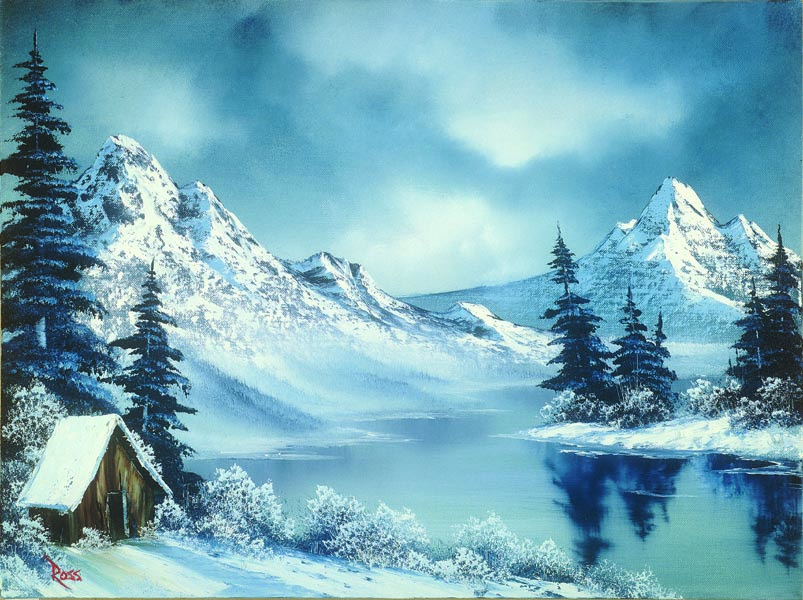 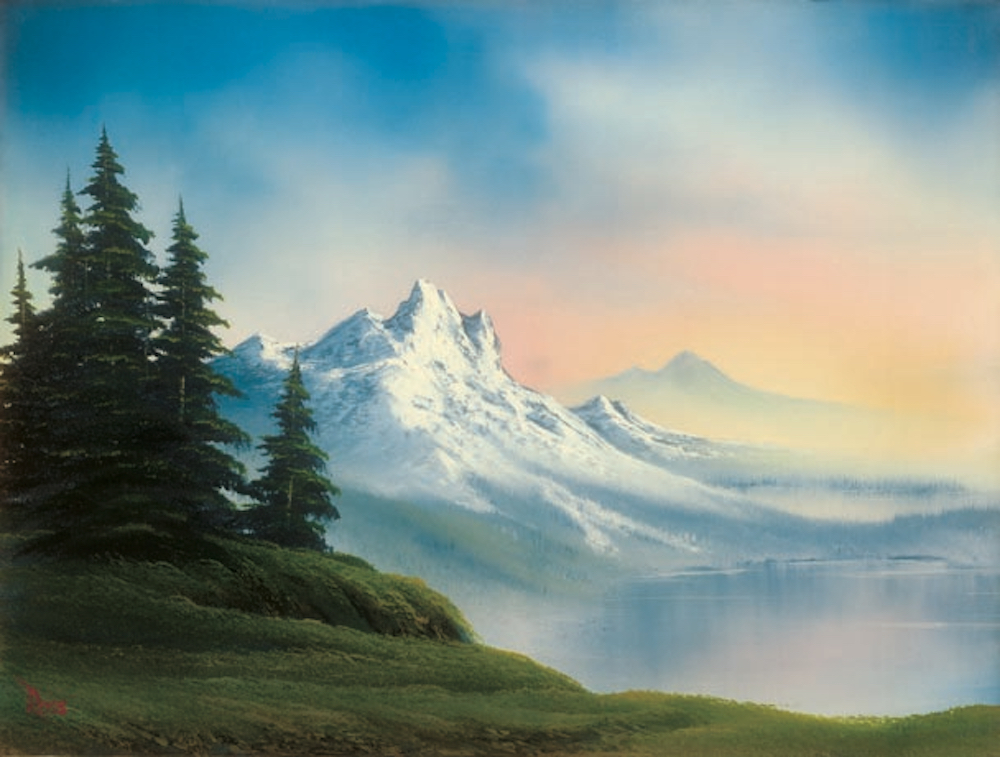 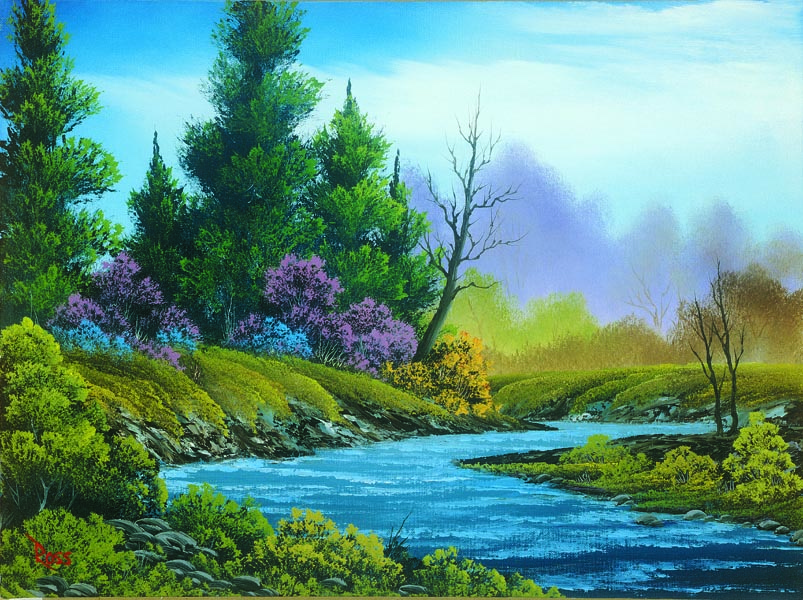 Happy Accidents: An Exhibit of Original Bob Ross Paintings is on view at Franklin Park Performing and Visual Arts Center in Purcellville, Virginia through October 15.

Linkedin
RELATED ARTICLES
OTHER ARTICLES
AI companies that develop image-generators using copyrighted artwork from the internet are coming under fire from artists who say that it amounts to theft.
As she gears up for the release of her first book, the 24-year-old climate activist talks standing up to authority and building a more inclusive movement.
A new exhibitions brings together the work of photographers who documented the deep unrest of these pivotal decades.
Made by two surfers from the north-east of England, 'The Big Sea' exposes the unlikely link between the production of wetsuits and a small town in Louisiana, where the cancer risk risk rate is 50 times the US national average.
Following the release of his debut single, Deyaz talks battling addiction, dealing with his struggles through music, and building a budding music career from his living room.
Photographer Sean Maung reflects on documenting a small town in Pennsylvania afflicted by high levels of unemployment, poverty, violence, crime, and addiction.