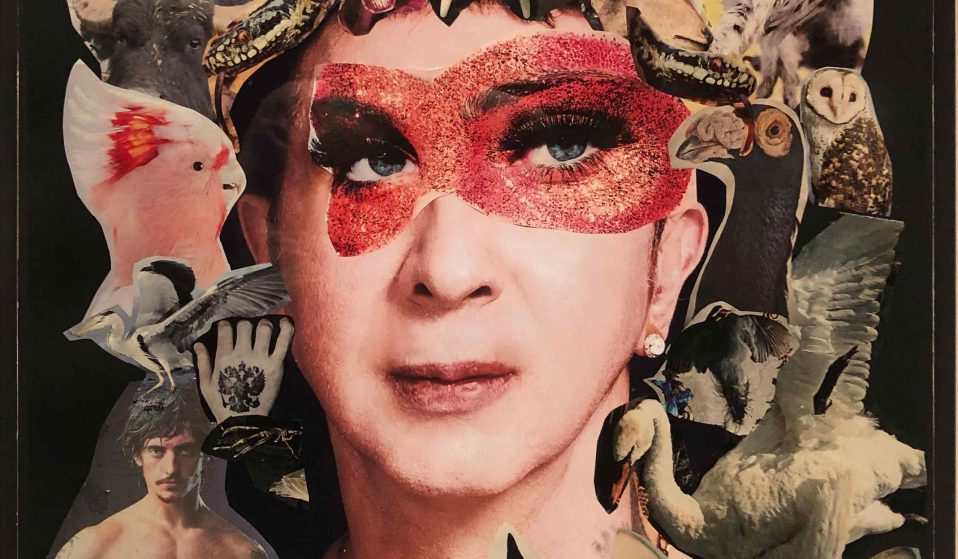 One of London’s longest-running independent arts venues has been hit with a 440 per cent rent increase, and will be forced to closed at the end of March.

One of London’s longest-running independent arts venues has been hit with a 440 per cent rent increase, and will be forced to closed at the end of March.

Earlier this month, Roger K. Burton, the artistic director of The Horse Hospital, asked me to lead the venue’s new communications charge. The independent arts space – which is also one of the longest-running in London – is currently under threat, and will be forced to close at the end of March if it cannot successfully contest an excessive 440 per cent rent increase. As one of the venue’s original founders, I was happy to step back into the fold.

A quarter of a century ago, I discovered The Horse Hospital: an extraordinary looking, semi-derelict building on the corner of a cobbled mews near Russell Square. I had been pounding the streets, looking for suitable premises for what Roger and I had in mind. I was armed with his pencil written list of requirements, which included: 1000 sq ft to house The Contemporary Wardrobe Collection; his collection of around 20,000 items of rare and exotic street fashion from 1947 to the present day; and another 1000 sq ft for the arts space we were planning. I knew, even as I excitedly wiped the grime from one of the street-level windows, that this was the place.

Within, as we cleared the ink sludge left by the last tenants decades before, we discovered a rare mock cobbled herringbone floor, wall mounted tethering rings and cast-iron columns. The venue had been built as a stable for sick horses in 1797, before eventually turning into a traditional printers in the 20th century. (At the time, I was reading a paperback biography of David Bowie which alluded to him having briefly worked at a printers near Russell Square in the early ’60s. I romantically projected – I was still in my teens at the time! – that it had been the printers that had occupied The Horse Hospital). 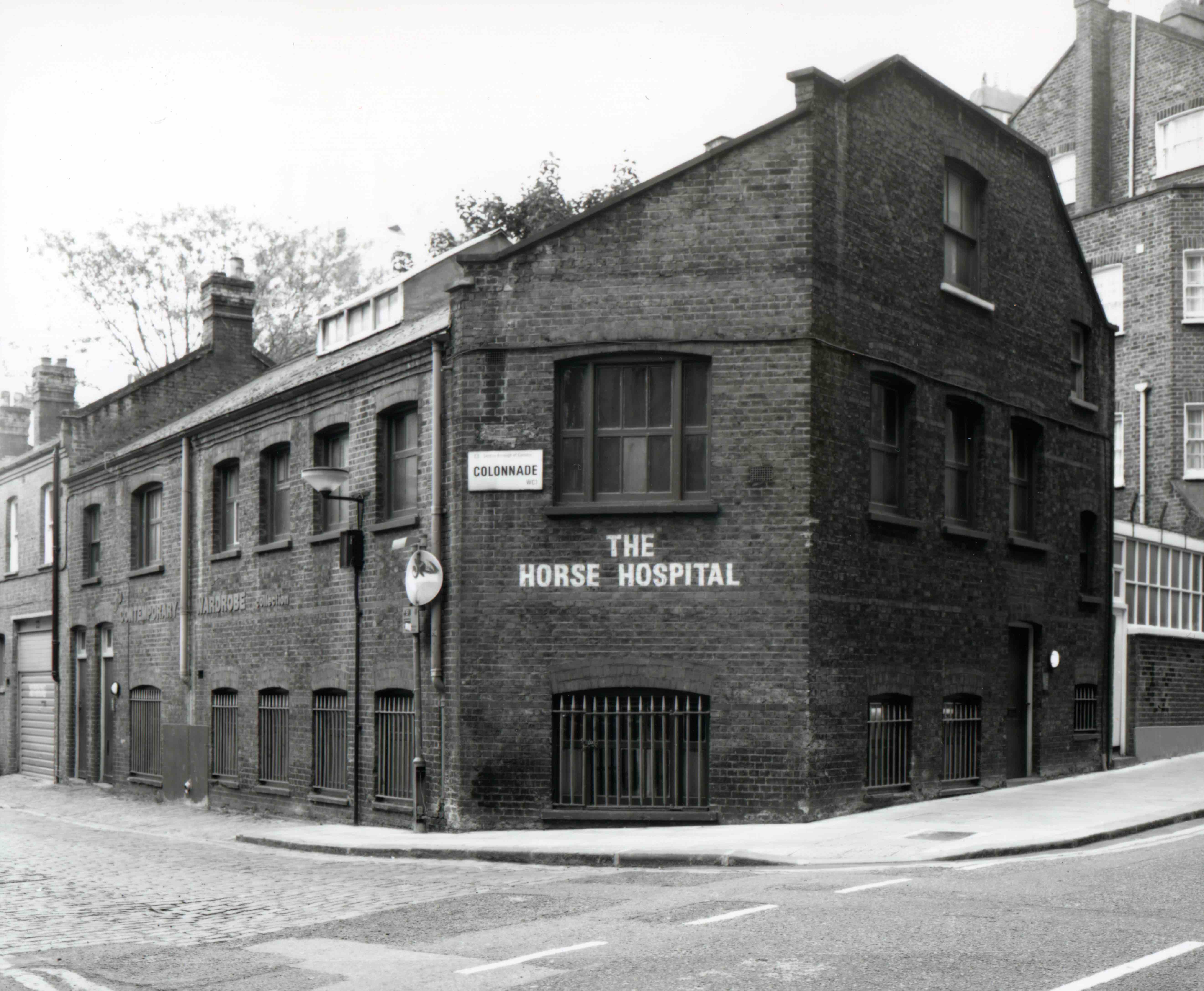 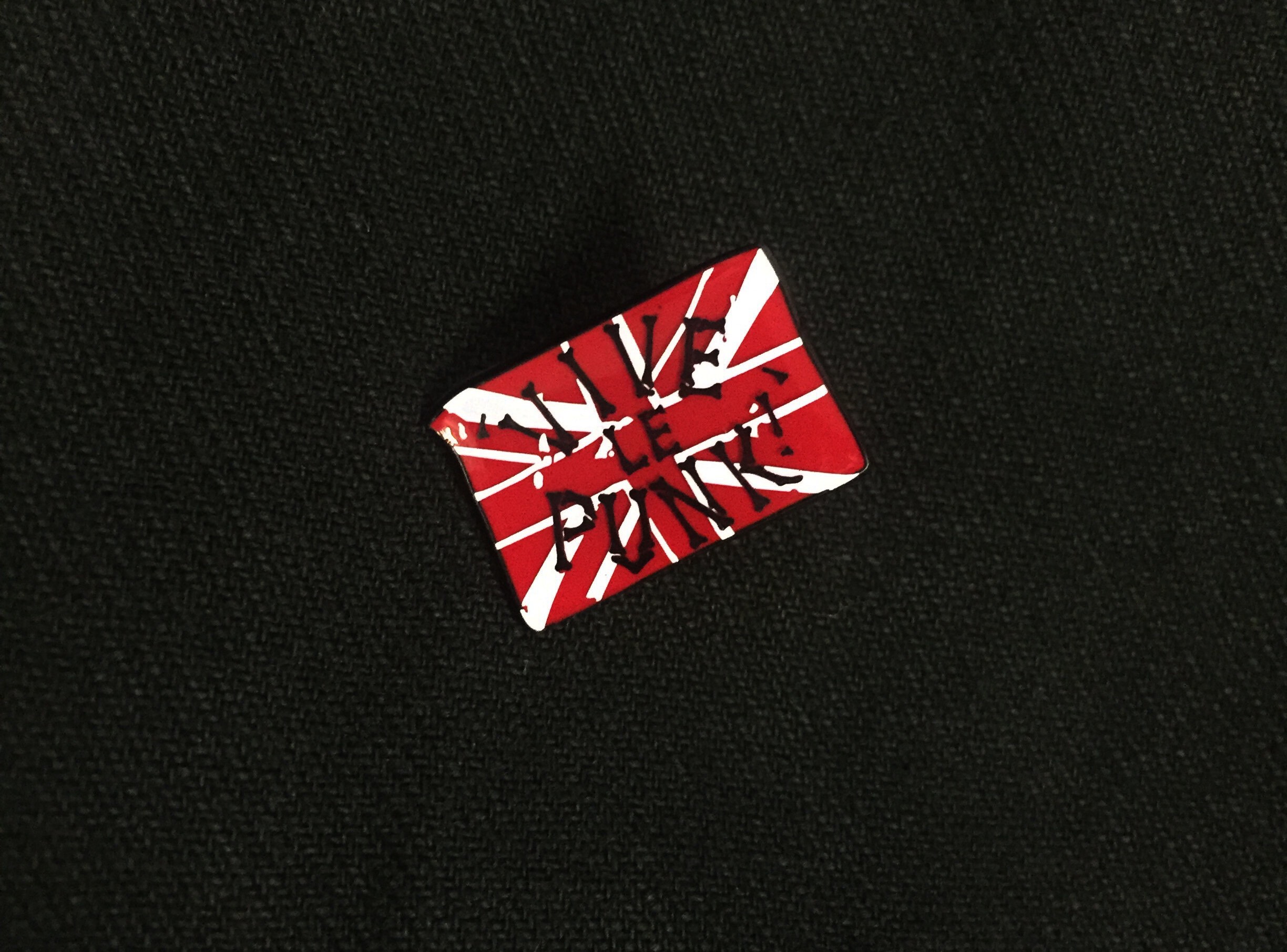 Our mission for the venue was to provide the broadest possible access to the arts across a wide range of creative practice. We also wanted to encourage risk, innovation and experimentation. This was inherent in our first ever exhibition in 1993, Vive Le Punk, which was the first-ever retrospective of the designs of Vivienne Westwood and Malcolm McLaren. It continued Roger’s long collaboration with the pair, having designed their groundbreaking shops, World’s End and Nostalgia of Mud.

In the intervening years, Roger and the subsequent lineage of fantastic curators – including Tai Shani, co-winner of the Turner Prize 2019, and the late, artist and curator, Ian White, later the Whitechapel Gallery Adjunct Film Curator and Facilitator of the LUX Associate Artists Programme – have continued to shape The Horse Hospital into an essential, pioneering arts space. They have been joined by hundreds of artists, practitioners and performers who have shown there, including Shepard Fairey, Alejandro Jodorowsky, Mark Leckey, Bjarne Melgaard, Dennis Cooper and Lydia Lunch. As well as that, David Bowie, Rolling Stones, The Beatles, Angelina Jolie, Jodie Comer’s Villanelle character in Killing Eve, and Harry Styles are all amongst the extensive roll call that Roger – who is also a celebrated costume designer, stylist and author – and his Contemporary Wardrobe Collection have dressed over the years. 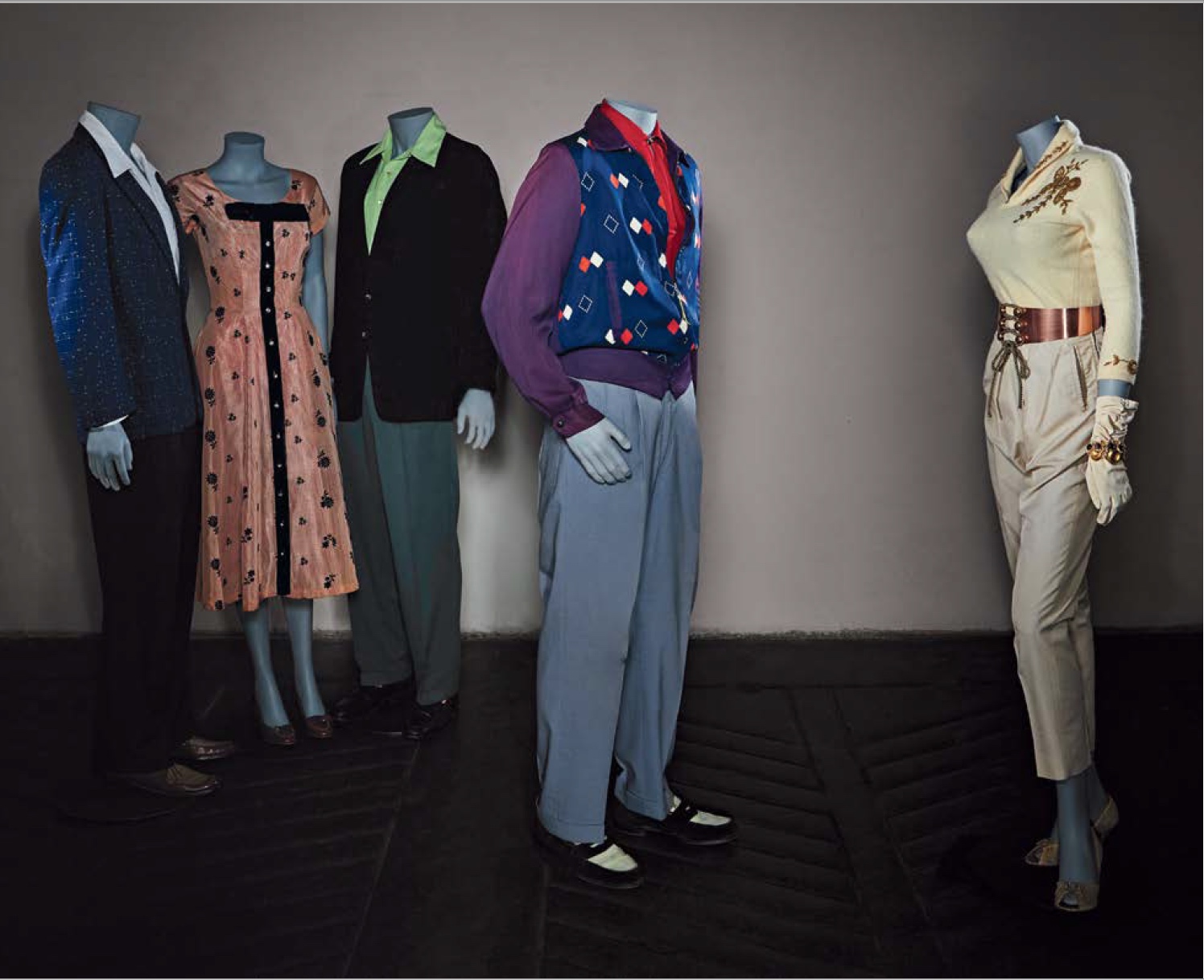 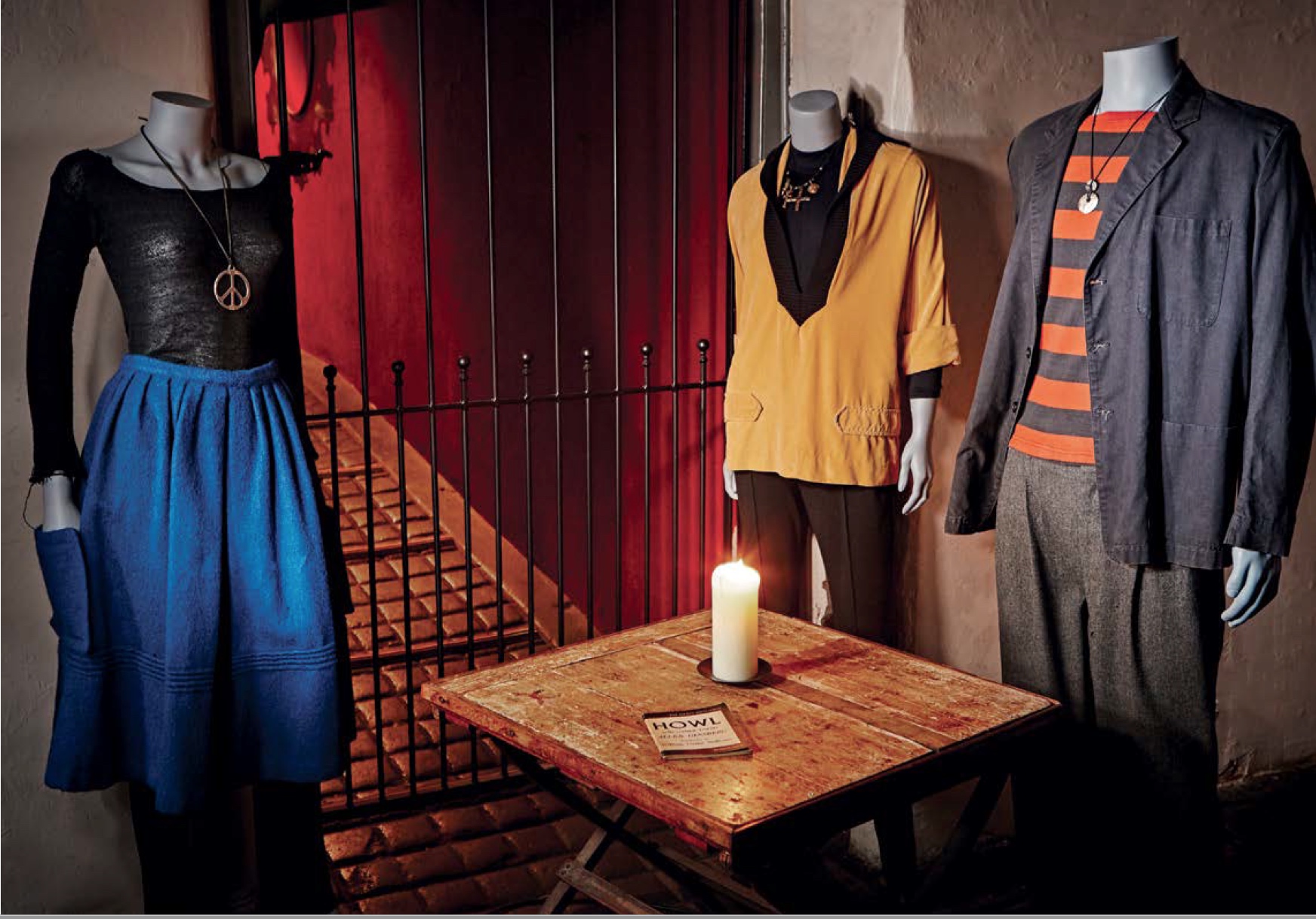 Since its inception, The Horse Hospital has sustained itself as a perfectly balanced ecosystem, with hires from The Contemporary Wardrobe Collection covering rent and running costs. But faced with such an overwhelming rent increase, this ecosystem is unsustainable. The Horse Hospital is teetering on the brink of becoming the latest victim of a deeply depressing trend, which also has massive implications for the sustainability of independent culture. With arts spaces closing across the country, large institutions offsetting funding cuts by playing it safe and showing the long-established or historical, it is ever more imperative for landmark avant-garde arts organisations like The Horse Hospital to exist. We need to endure and showcase the new, the up-and-coming and the outsiders; to celebrate diversity and engender discussion, because a culture that only looks backwards stagnates. Without the new, there is no future.

The tenure of the arts space and The Contemporary Wardrobe Collection, which is also the largest public access archive of post-war street fashion and youth culture in Europe, have not only actively preserved the historical fabric of the building – Grade II Listed by English Heritage in 2005 – but also provided and perpetuated access to it. Both of which are also at risk with the threat of closure.

In 2015, Camden Council awarded The Horse Hospital Asset of Community Value (ACV) status, recognising how it benefits the social wellbeing of the local community. It has also built up national and international importance and repute, providing a unique and distinctive environment in which the arts can flourish for the benefit of local residents, tourists, visitors and practitioners alike. The loss of The Horse Hospital is a loss that would impact far and wide.

For more information on how you can help stop The Horse Hospital from closing – from buying fundraising items, writing letters of support, or donating towards the legal costs – please visit the official website.

Linkedin
RELATED ARTICLES
OTHER ARTICLES
As the Scottish government announces a rent freeze, an activist with Living Rent who fought and won shares how they did it, and what must come next.
The idea that a younger generation is abandoning work has become a popular narrative online, but it doesn’t necessarily reflect reality.
Photographer David Corio’s archive offers a glimpse inside a revolutionary era of music and nightlife.
The workforce is now gearing up for industrial action after receiving a measly pay rise, reports Ella Glover.
Cindy Campbell recounts how her brother ushered in a new era of musical culture at a party she held in the Bronx in ‘70s.
Sean Maung’s photos are a love letter to the Black and brown communities that make up New York.