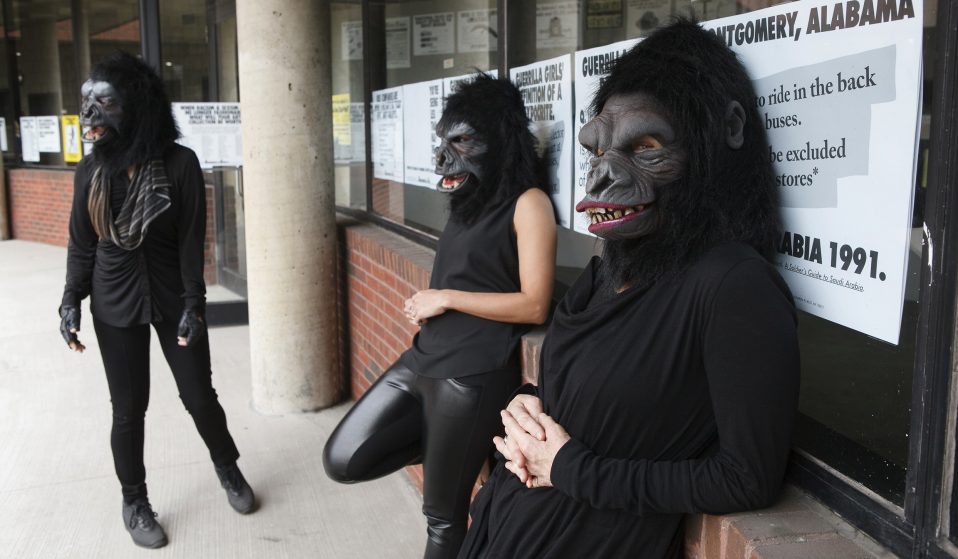 A new show explores the evolution of street art, featuring hundreds of large scale works by over 150 contemporary artists.

A new show explores the evolution of street art, featuring hundreds of large scale works by over 150 contemporary artists.

Graffiti first emerged on the streets of New York and Philadelphia half a century ago as marker tags by young teens with a desire to make their mark. A new art form emerged, and from it styles bloomed, transforming the age-old desire to mark our territory in the most literal way.

Graffiti hit like a bomb, leaving cities covered with the most electric kind of public art: one done for love, not money, at the risk of arrest, fines, and imprisonment. It spread from city to city like a virus through movies like Wild Style and Style Wars, books like Subway Art, and art exhibitions dating back to 1973. It inspired generations of artists from all around the globe to create, innovate, and leave their mark on society in a manner that was nothing short of in your face.

Although New York has largely been scrubbed clean of the art form it unleashed upon the world, “it is still considered the number one graffiti tourism destination,” says Roger Gastman, curator of Beyond the Streets. The exhibition features hundreds of large scale works by over 150 contemporary artists, including Charlie Ahearn, Jean-Michel Basquiat, Henry Chalfant, Martha Cooper, the Guerilla Girls, Eric HAZE, Jenny Holzer, Barry McGee, and Dash Snow. 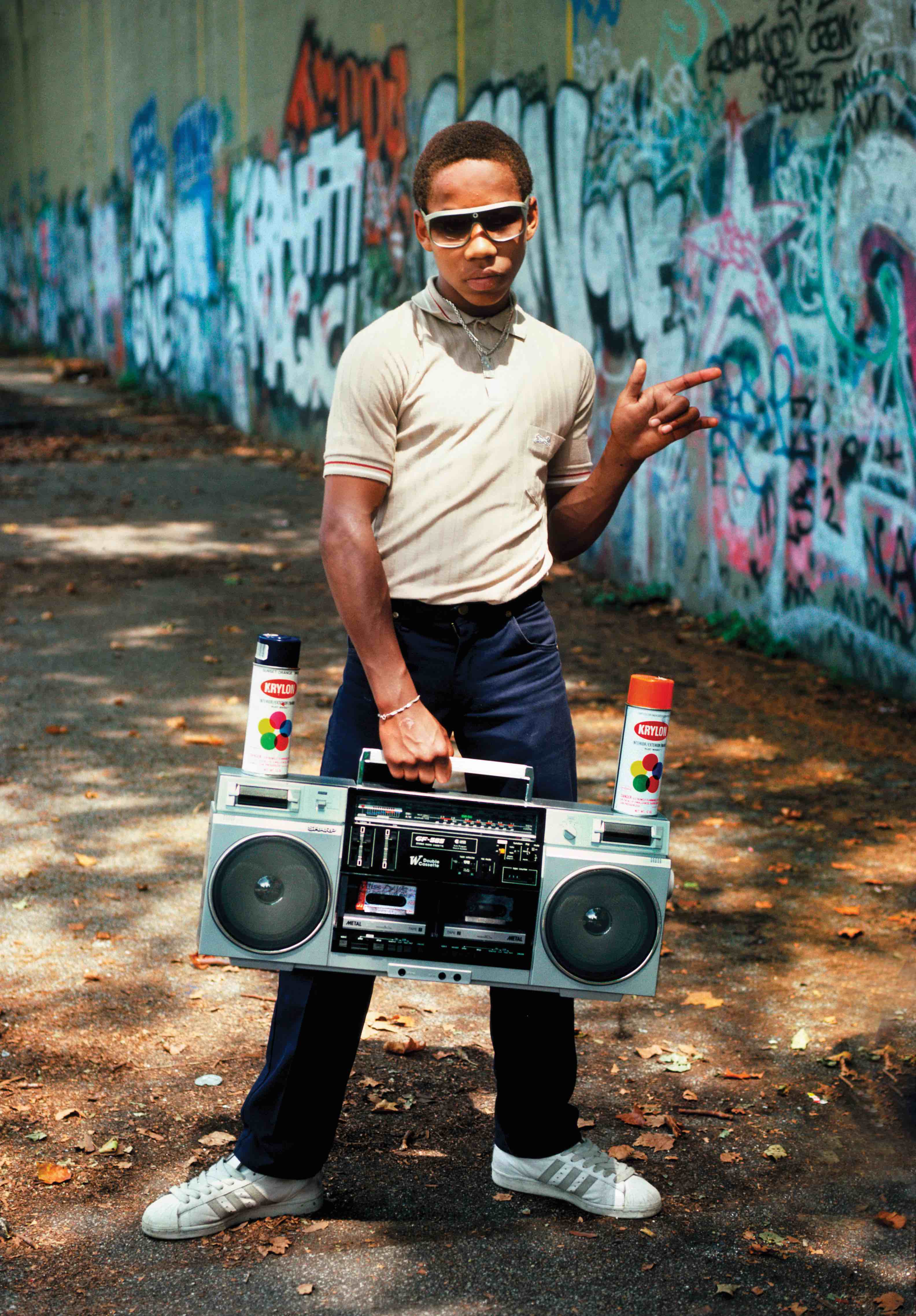 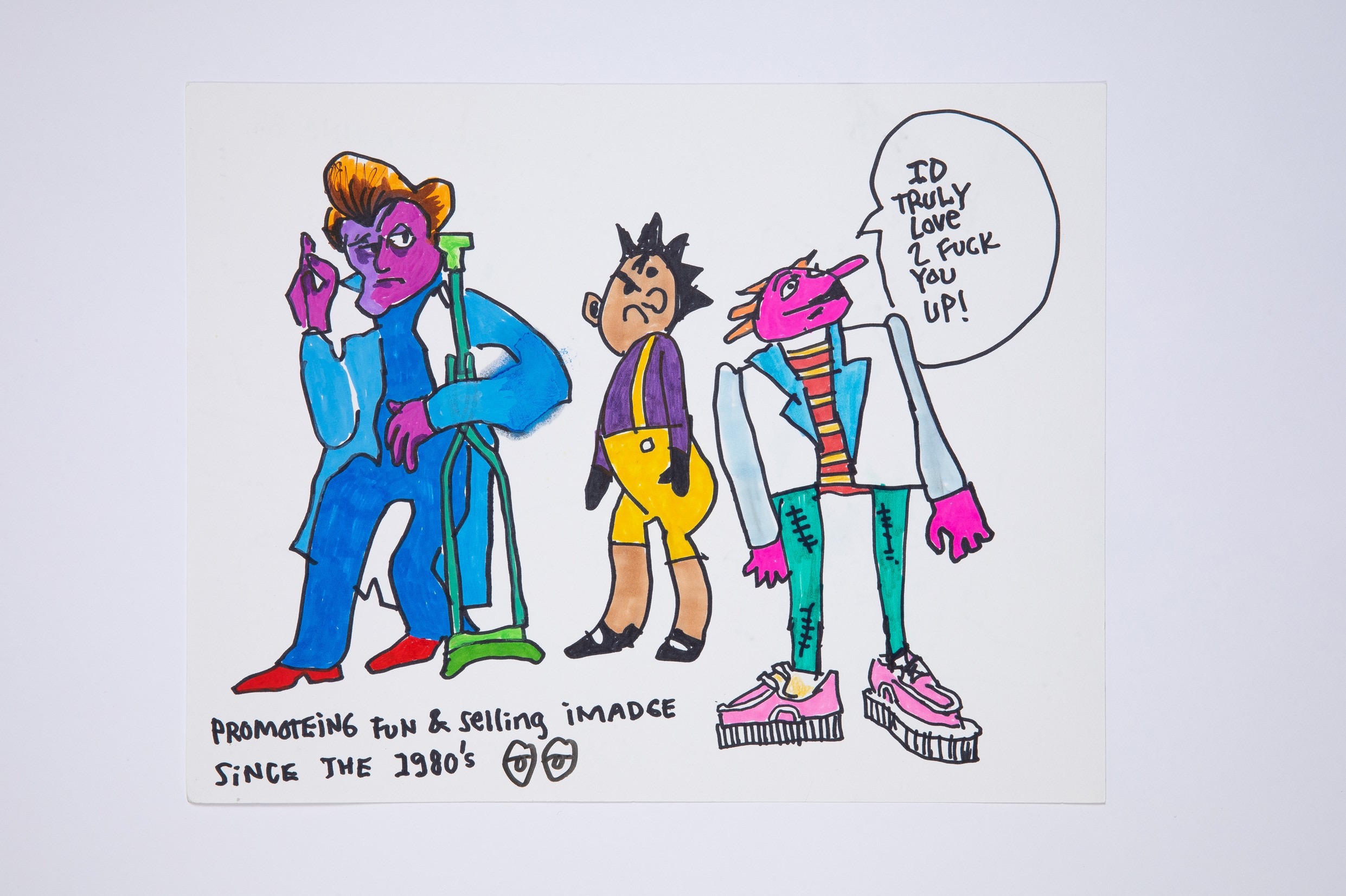 “We are trying to tell tight-knit stories,” Gastman says. “Each artist has large-scale walls, so you can step back and view the artwork. Moving into the gallery, it doesn’t look like graffiti and street art anymore, but it has the energy and techniques that artists honed on the streets and are able to bring into their work.”

Gastman notes that graffiti and street art are always reinventing themselves, pushing the boundaries beyond what was imaginable in the past, continually evolving in order to compete in the age of social media. At its root, there is the appeal for the DIY ethos of the work – graffiti is pop, populist, and punk, and if one may be so inclined, all it takes to get started is a marker and sheer nerve.

“Graffiti is something people grew up with one way or another by seeing a political poster on a wall, seeing something someone wrote in the bathroom, or seeing a carving on a tree,” Gasman says.

“Those are things I call pedestrian graffiti; they are everywhere. Once people realise what something is they become more comfortable with it and a lot of people then want to do it themselves. It is something that has continued to catch on and people love it.” 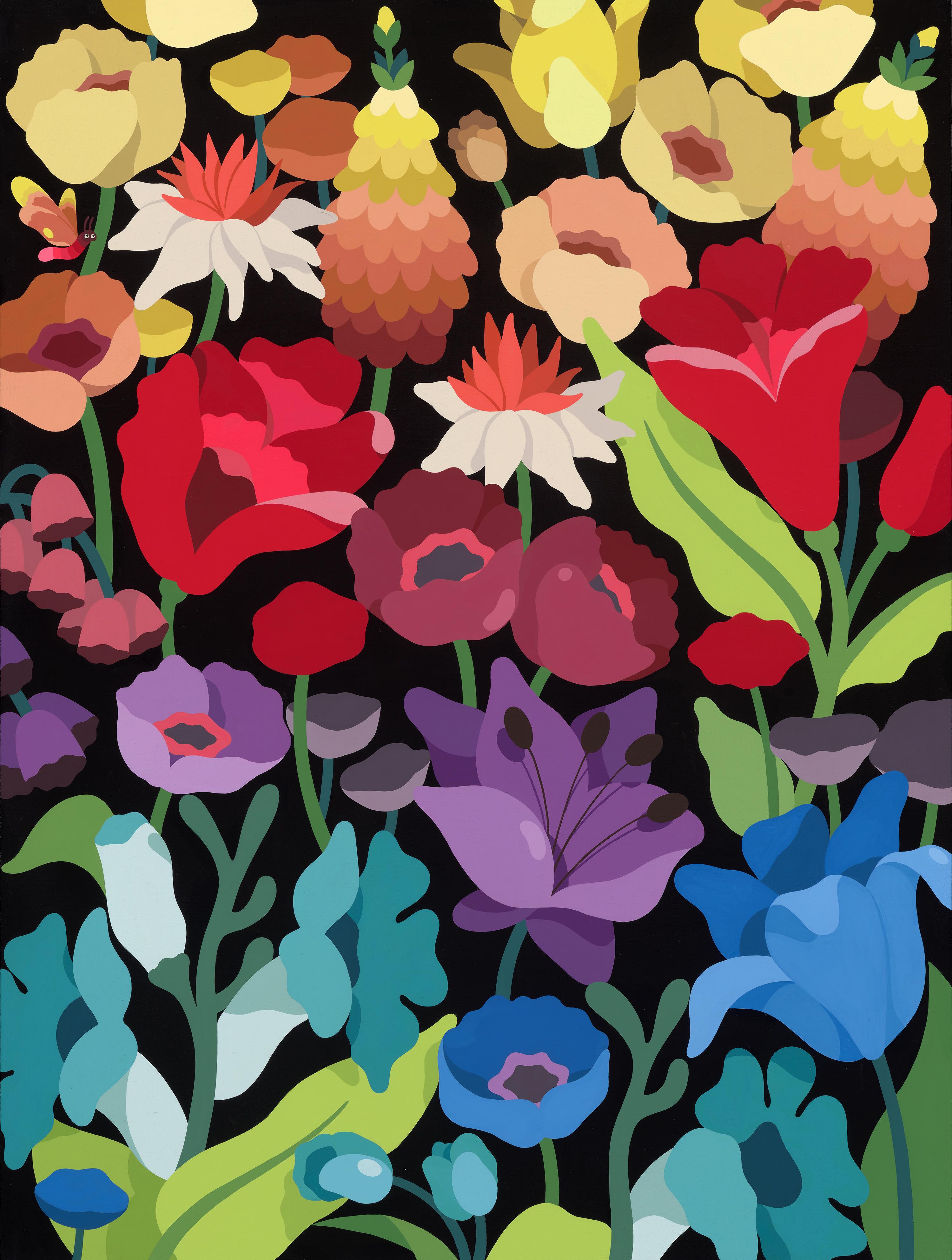 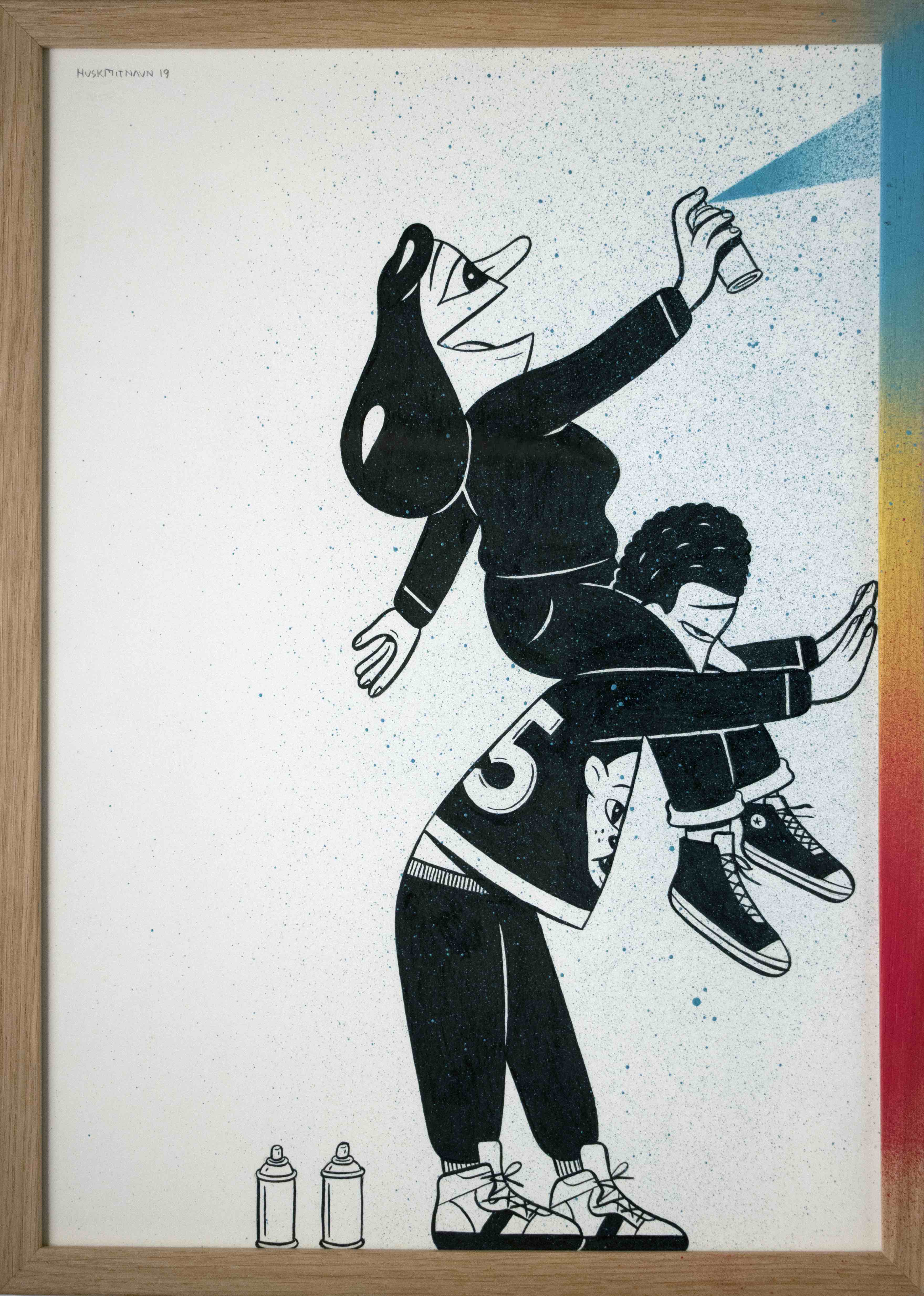 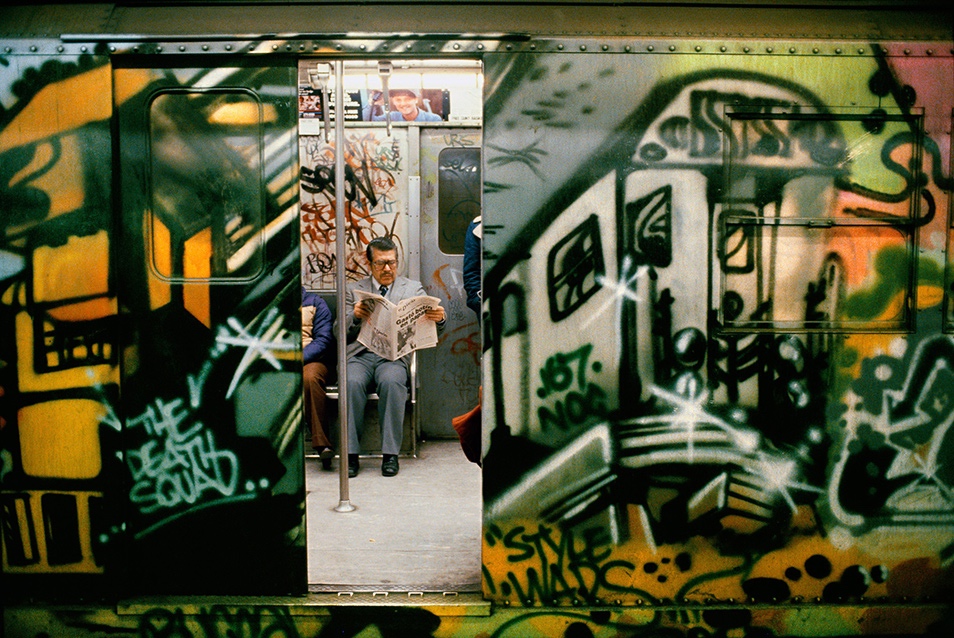 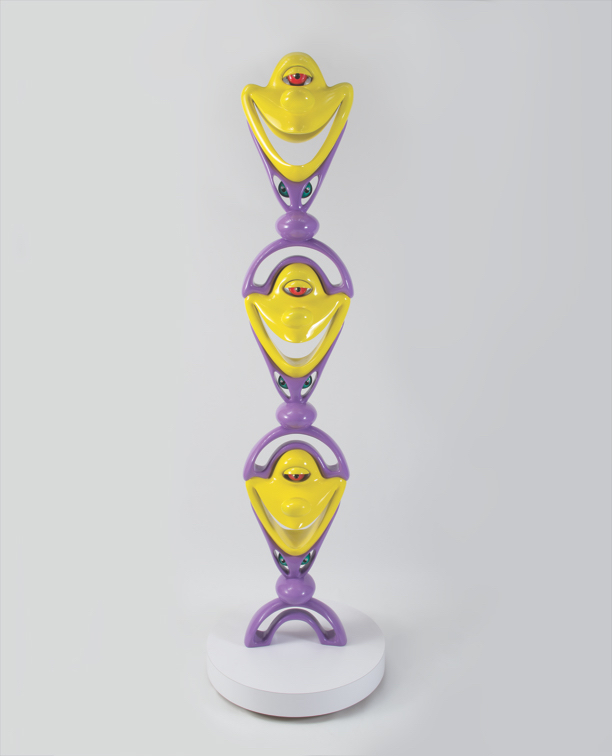 Beyond the Streets is on view in Brooklyn from June 21 through August 2019.

Linkedin
RELATED ARTICLES
OTHER ARTICLES
Shifting the focus from the cost of living crisis to tackling obesity while many starve or freeze is farcical and pointless, writes Fatzine founder Gina Tonic.
Members of the collective share some of their reasons to run as part of #UnitedBySummits, a campaign that looks to uncover transformative power of the outdoors.
After news broke last week around an expected reversal of the 1973 landmark law that made abortion legal in the US, protestors gathered in the UK in support of American women.
With their latest capsule collection, SCRT have constructed their own mythology, based on the story of a fictional meteor shower that hit a small Scottish town.
In the last of our dispatches from OFFF Barcelona, Rufus Deuchler and Vincent Gault discuss the future of creative process.
Photographer Phyllis Christopher recalls capturing sex and protest at a time when the city had become a haven for the queer community.