Dubbed the ‘Banksys of Iran’, repression of Icy and Sot’s politically charged art lead them to claim asylum in the US and be barred from Iran for life.

Dubbed the ‘Banksys of Iran’, repression of Icy and Sot’s politically charged art lead them to claim asylum in the US and be barred from Iran for life.

Two brothers, Icy and Sot, risked their lives and flirted with serious jail time to paint murals that gave voice to the problems and worries of the Iranian people.

After several arrests in Iran, the street art duo were given an unmissable opportunity: a solo show in NYC.

Documentary Made in Iran by director Charlotte Scott-Wilson picks up Icy and Sot’s story in Tabriz, Iran as the pair contemplate the journey to the US and their emotionally-charged decision to seek asylum there, which will mean they can never return to the country of their birth again.

The film follows the so-called “Banksys of Iran” to New York, where they must rebuild a totally new life, reestablish themselves as artists and decide where they go from here. 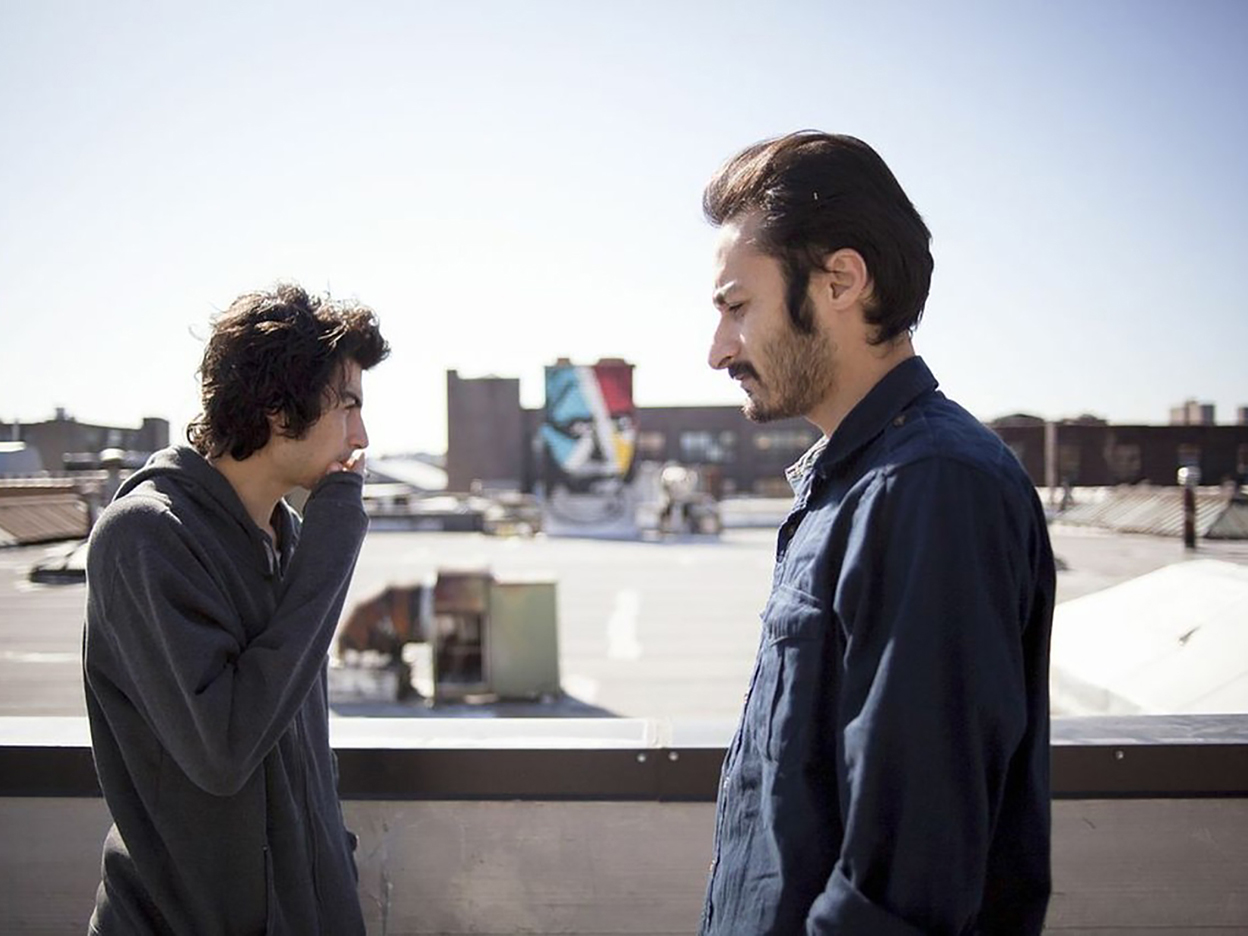 How important is street art’s role as a tool of dissent in Iran?
Charlotte: For me, street art is very important in Iran. It gives a young generation a voice. Especially within a country where there is no freedom they can let themselves be heard.

For people who have never seen Icy & Sot pieces, how do you paint and what sort of themes do you address in your work?
Icy & Sot: We have used stencils and spray paint but now we use other techniques, such as sculpture or doing installation pieces. We have always tried to say something with what we create because we think public art is a powerful platform to share a message with ordinary people.

What are your ambitions now you’re in the US? Do you still hope to have an impact in Iran from outside?
Icy & Sot:We have been living in the US for four years now. Obviously our themes have changed because we are living in a totally new environment and there are lots of issues here that affect our lives and those of the people around us. We have made work here about capitalism, police brutality, homelessness and migration, for example. Although the work may not be related to Ira, we still think we can have a small impact on artists and ordinary people in Iran by continuing what we started at home and doing it internationally.

They’re dubbed the ‘Banksys or Iran’, but to what extent are Icy & Sot known in Iran?
Charlotte: They are well-known in Iran, but now they have gained international recognition. I couldn’t say if they are household names like Banksy.

How did you come to meet Icy & Sot? What was it about their work that really struck you?
Charlotte: I emailed Icy and Sot after seeing their work in the newspapers here in The Netherlands. I wanted to make a documentary about youth culture in Iran, but they told me that they were moving to the US.

Immediately my story changed. I was sad to hear their work would not be set in Iran, the canvas that gives its meaning an extra political context. So I wanted to make a documentary about the journey Icy and Sot take to the US and how both their personal and artistic identity would change. 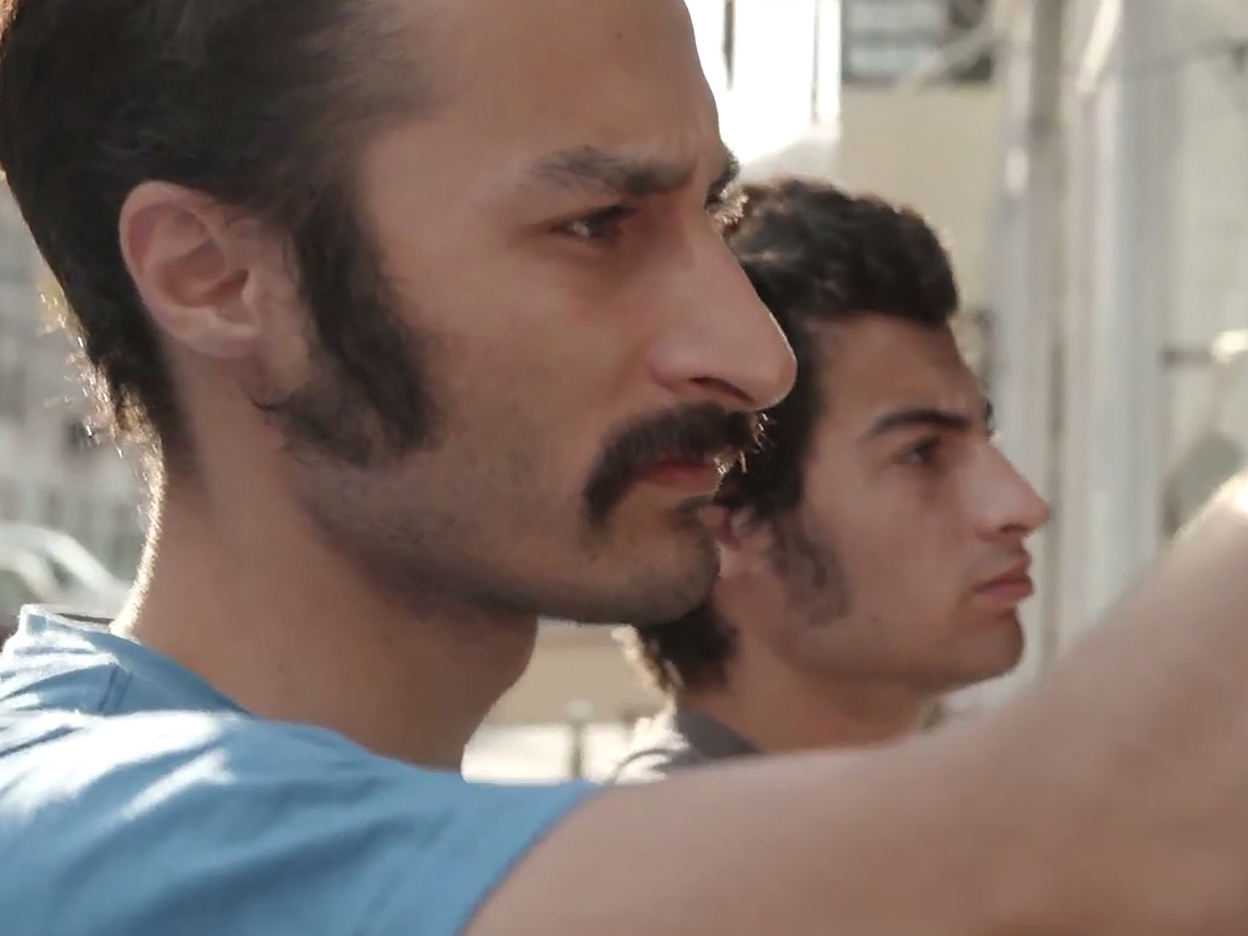 Do you have any favourite pieces?
Charlotte: I love the stencil of the young boy carrying lego blocks set on the walls of a bombed building. It simple and powerful. That’s whats good about their work.

Why was moving to the US such a challenging experience and why are they never allowed to return home?
Charlotte: This is something you should ask Icy and Sot. All I would like to say is that they have applied for political asylum which means they can never return to Iran. 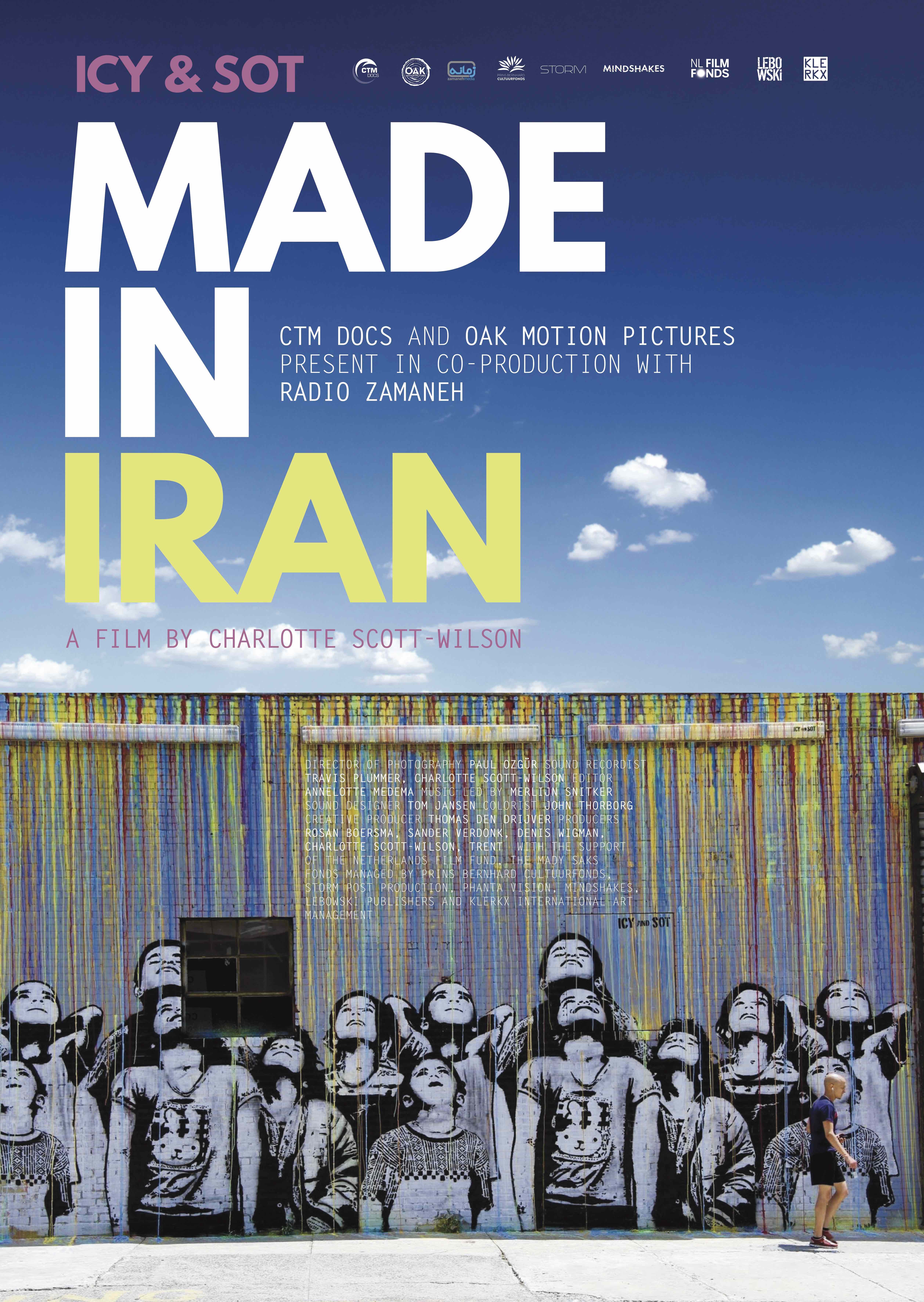 Find out more about Made in Iran on Mindshakes.

Reddit
RELATED ARTICLES
OTHER ARTICLES
Two decades on, photographer Mike Schreiber unearths his archive from the festival, revealing a portrait of Gen X at its worst.
With a haunting new composition for a feverish new film, the British disruptor is back doing what she does best – smashing boundaries, breaking new ground.
In the early hours of this morning, activists disrupted targets – including the Home Office and coach company W&H Tours – allegedly associated with deportation.
Back in print for the first time since 1970, Dennis Stock’s California Trip serves as a radical visual history, depicting the Sunshine State at its heady peak.
In the ’70s, six suspects confessed to murders they had no recollection of committing. In his latest project, photographer Jack Latham attempts to find out why.
The French surfer and musician talks about her latest role as jury president for this year’s London Surf Film Festival.