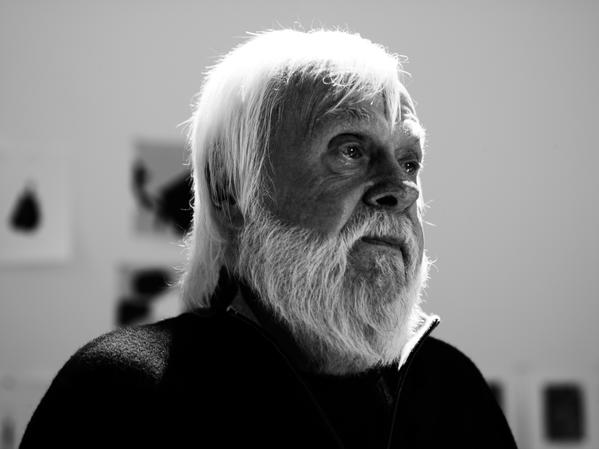 Life lessons from the pioneer of conceptual art.

Pioneer of conceptual art John Baldessari had to destroy the past to ask new questions about the future. These are the lessons he learned along the way.

A cloud that is also a brain with a palm-tree seascape. Stills of guns from movies tiled around a close-up of a kiss. Three balls hovering, mid-air, in a perfect line. Men in suits with primary-coloured dots on their faces. A video in which the artist writes, ‘I will not make anymore boring art,’ over and over and over again on sheets of paper.

These are just some of the mind-bombs dropped by master of conceptual art John Baldessari. Since studying art history at a number of institutions in California in the 1950s, Baldessari – native of National City, an old slice of Americana south of San Diego – has created work that has helped shift the way people around the world approach the practice.

He had been dabbling in the abstract expressionist tradition (think Rothko and Pollock) that dominated post-war America, but in 1970 Baldessari made a bold step that severed his ties with the old and placed him at the forefront of the new. This was The Cremation Project – an art piece in which he burnt all the paintings he had made between 1953 and 1966 and baked the resulting ashes into cookies.

Although he had already been experimenting with the text-and-image pieces he would become very famous for later on (‘Pure Beauty’, for example, in which that phrase was spelled out in black acrylic by a commissioned sign painter, was made as early as the mid-1960s), it was a shocking statement of intent. How could he be so sure he was on the wrong path? “That’s pretty personal,” says Baldessari. “I had a feeling that there was more to art than painting; I felt like it could be something else. And I was interested in exploring that.”

Did he ever doubt himself? “Oh of course, yes. Constantly,” he says. Even though he was so celebrated? “Well I always feel like I’m two people,” he says. “I feel like I’m myself and I’m the person I read about.” And did he aspire to live up to the latter? “Well, I think that’s unavoidable,” he says. “We’d like the whole world to love and understand us, but that’s impossible.”

The Cremation Project spurred Baldessari on a life-long journey of questioning that helped shape conceptual art – art that his peer Ed Ruscha describes as eliciting a “Huh? Wow!” response instead of a “Wow! Huh?” one – for the next generation. Not only did he make art prolifically, he taught (as a means to an end) at various institutions, most famously CalArts, an inspired school – founded by Walt Disney no less – that produced the likes of surreal collagist David Salle and pop cobbler Mike Kelley. “I think what coloured things is that I treated all my students like artists,” he says about his influential time there. “It took down that barrier and we all worked at doing art. We’d all talk about each other’s ideas and help each other a lot.”

Baldessari eventually quit teaching full time in the mid-1980s after he found commercial success (his work is worth millions of dollars these days), but occasionally young people still ask him for advice. So what does he tell them? “I’d probably say don’t do it for the money,” he says, adding paradoxically, “but that’s impossible.”

Of course, Baldessari never did do it for the money. He substituted his art-making with teaching jobs for over twenty years. And now, at eighty-three years old, he’s still creating every day – getting up early to feed his dog, eating breakfast, going to the studio at ten and working till six. In a recent interview he mentioned that he has no bucket list. Nothing! So has making art all this time been that satisfying? “It’s necessary,” he says. “It’s like me asking you, do you think that eating food is necessary or routine?” But would he choose a life as an artist again? “Of course,” he laughs. “I have always been interested in art. And I followed what was of interest to me. I’ve enjoyed it so I’ve continued to do it.”

Baldessari’s work exposes the absurdity of life. It dares us to question what we think is possible, or logical, and pushes us to read deeper into images and words we take for granted. “I don’t think it’s wise to think of the world as being logical,” he says, enigmatically. “We have to be on our toes that something could happen at any moment, that we would never think of.”   So has a lifetime of making art helped him make sense of all this absurdity? “No, not really,” he laughs. “But I liked asking all those questions.”

Subscribe to make sure you don’t miss another issue.

Linkedin
RELATED ARTICLES
OTHER ARTICLES
The first-generation graffiti artist reflects on the tagging’s emergence as an art form and the players who pushed the medium forward.
A new film from Berghaus traces the story of Adam Raja, who left behind a turbulent upbringing to discover the healing power of climbing.
The pro skateboarder withdrew from the 2020 Olympic Games so he could come out as trans. Now, he’s hoping to encourage others to live as their authentic selves – within the sport and beyond.
Yohon Tatum, aka Legendary Father of the House of Tisci, reflects on nurturing a new generation of talent.
After fleeing the war in Ukraine, people are finding it impossible to secure affordable and decent housing in the UK.
A new law change is enabling Britain’s donor-conceived children to know the truth about their origins – but campaigners say the fertility industry must do more to protect people.