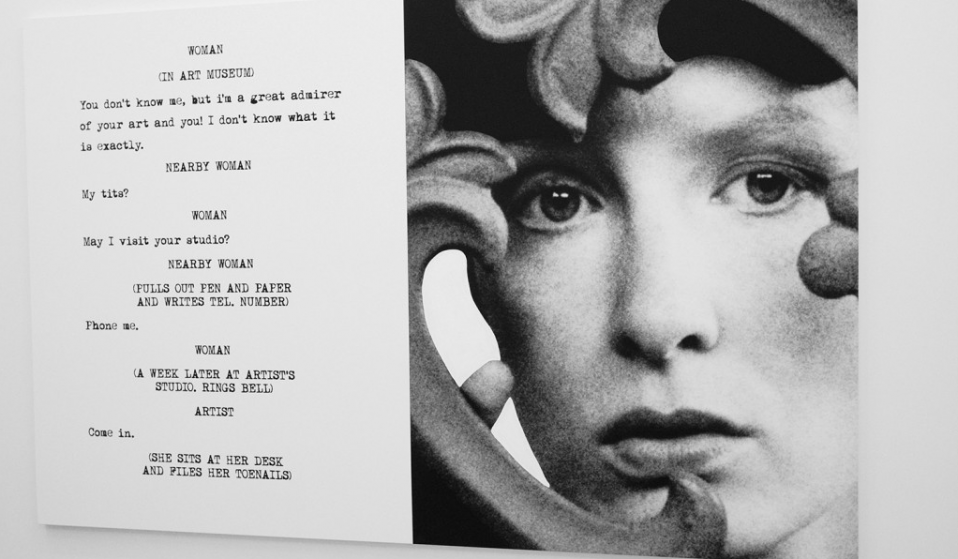 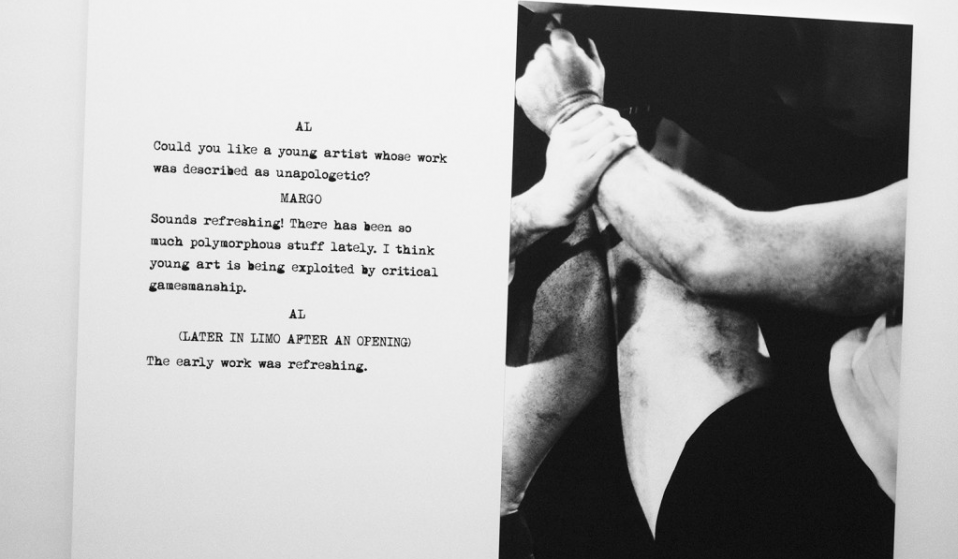 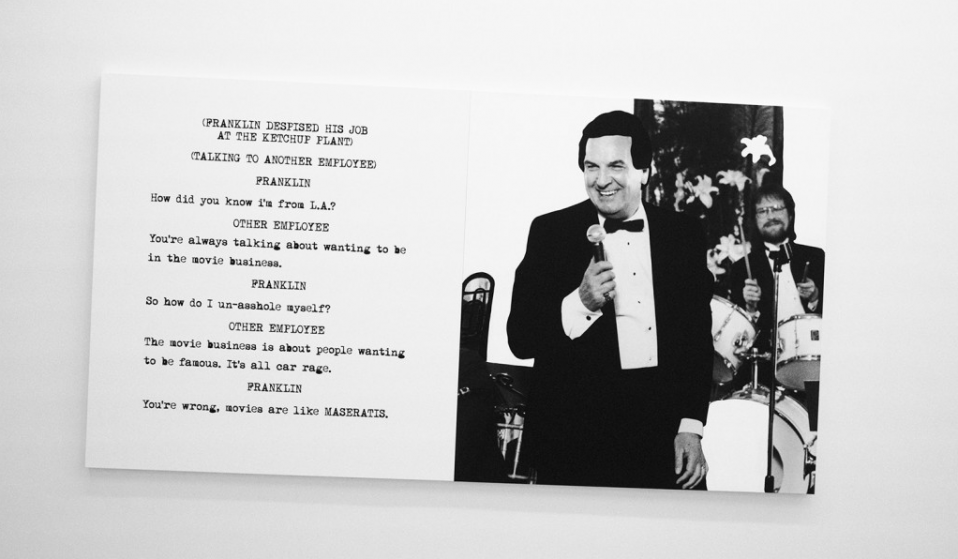 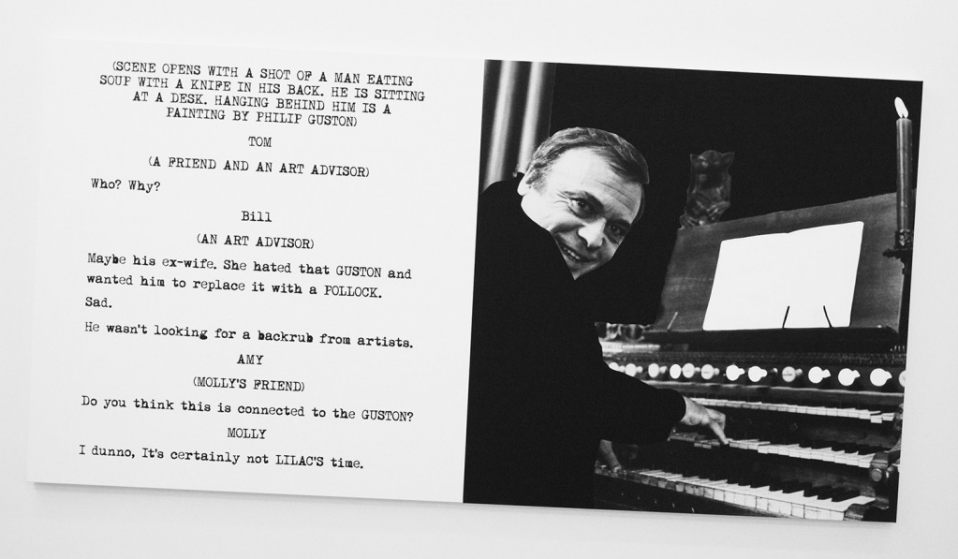 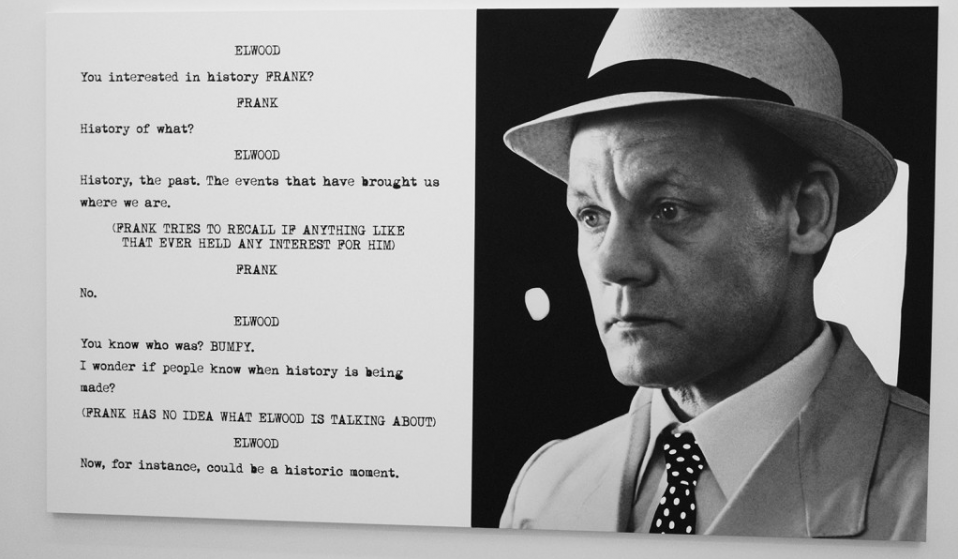 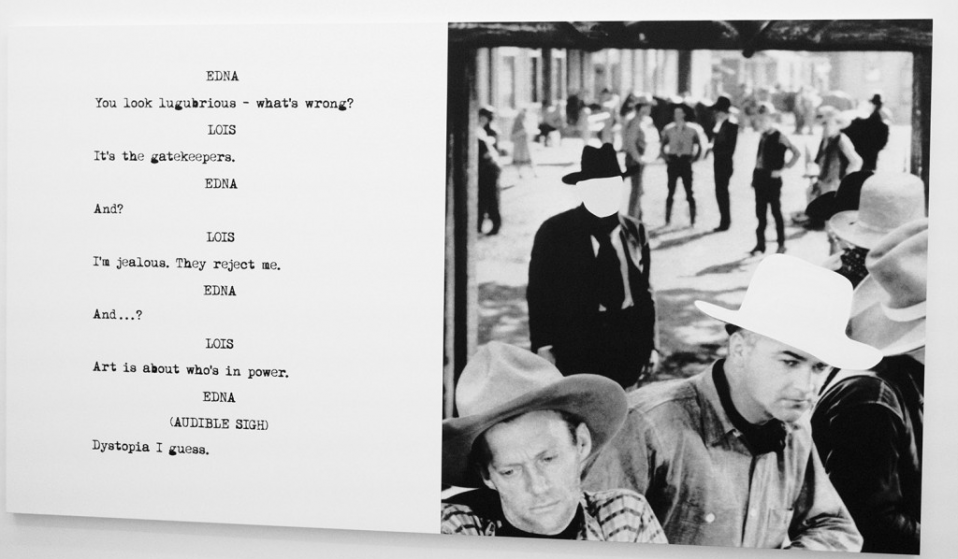 The 'Godfather of Conceptual Art' is back with new work exhibited in London and Paris and it's as funny and subversive as ever.

The 'Godfather of Conceptual Art' is back with new work exhibited in London and Paris and it's as funny and subversive as ever.

Okay, wait. Before we go any further. If you don’t know anything about John Baldessari you MUST watch this film narrated by Tom Waits in which he gives you a very great quickfire bio of ‘The Godfather of Conceptual Art’.

The shows contain new work by the Californian artist that juxtapose still images from black-and-white films with made-up film scripts in a funny way that pokes fun at the commercial art world.

Baldessari chooses obscure cropped clips – apparently he has archived thousands over the years – that include Westerns, Noirish crime dramas and Danny Aiello in Once Around. His fake film scripts include classics lines like, ‘So how do I un-asshole myself?’ and build on the artist’s obsession with meaning and composition.

According to Marian Goodman, the arrangement of words and images has been a defining interest of Baldessari’s since the 1960s when he stated “a word could be an image or an image could be a word, they could be interchangeable’.

The Pictures & Scripts exhibitions run until April 11 in Paris and April 25 in London.

Linkedin
RELATED ARTICLES
OTHER ARTICLES
Christopher Wool is a contemporary artist immersed in the manic boogie of the Lower East Side.
From the streets of San Francisco to pristine museum walls, Barry McGee is still a tagger at heart.
In one of the first interviews since his detention, art-activist tells HUCK as much as he can about what it means to be ‘free’.