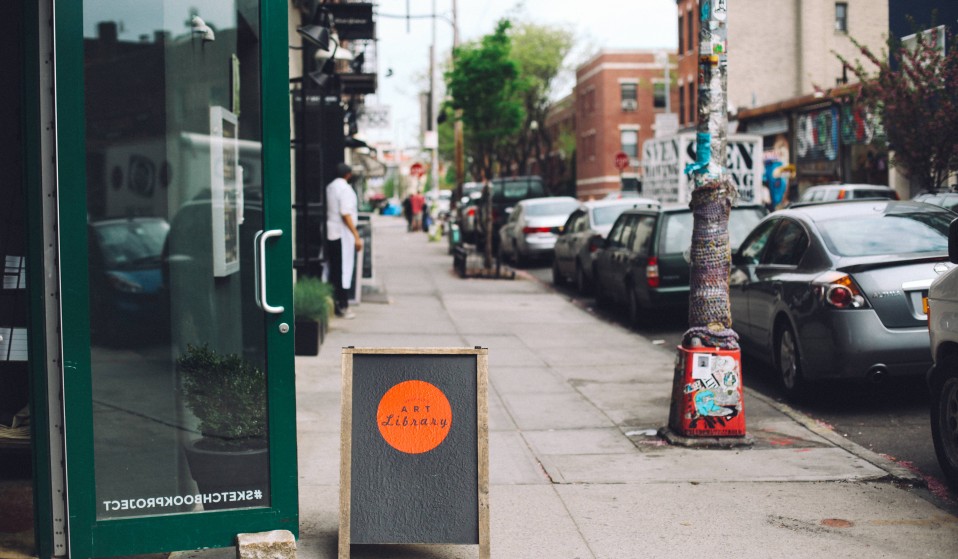 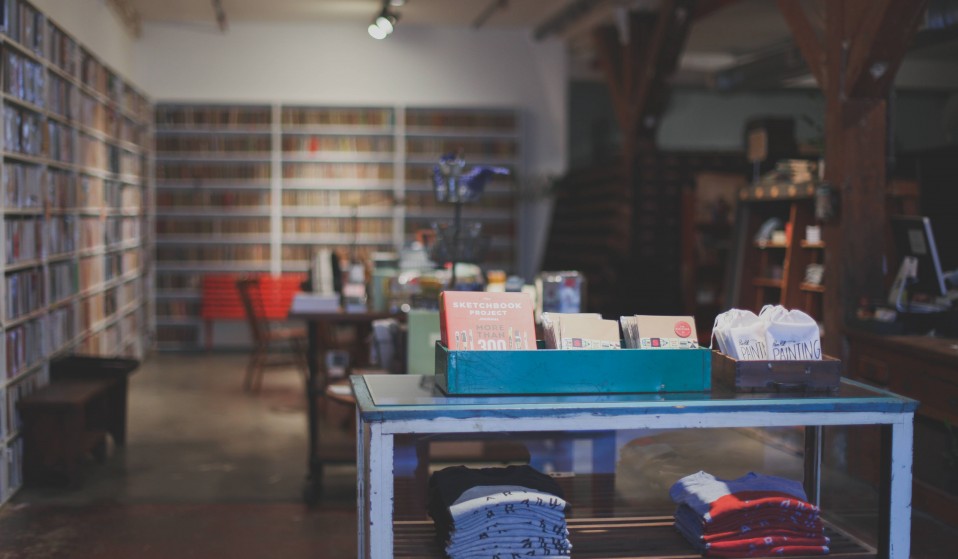 The Sketchbook Project is an open-submission collection of work from 33,000 artists, housed at the Brooklyn Art Library. Fill in a sketchbook and take part in one of the largest public art projects in the world.

The Sketchbook Project is an open-submission collection of work from 33,000 artists, housed at the Brooklyn Art Library. Fill in a sketchbook and take part in one of the largest public art projects in the world.

Nestled among the second hand bookshops, vintage clothing, and vegan cafes of Williamsburg is a library. This isn’t your local library, with its browning corners and scent of neglect, nor is it an exclusive ivory tower of obscure academia and overpriced entry. This library is the Brooklyn Art Library, home of the Sketchbook Project, a crowd-sourced collection of sketchbooks from creative types around the globe.

Tens of thousands of sketchbooks line the walls of the library’s exposed stone and brick interior, a mind-boggling body of works that would take a lifetime to explore in person or online. Huck took a seat at their twenty foot wooden reading table with founder Steven Peterman to find out more.

How did the project get started?
We started in 2006, we were doing a few different projects at the time and the Sketchbook Project was just one of many that we did that just kind of took off. The concept that we had behind it came from this sense that galleries were unapproachable and we felt like there were a lot of people that wanted to create with a purpose. It was a few years before Kickstarter took off, but I think there was that idea that everyone could come together to create something. We didn’t call it crowdfunding yet because that term wasn’t really being used, but that was the idea, everyone would pay a little bit of money, create a sketchbook and we would create this library. 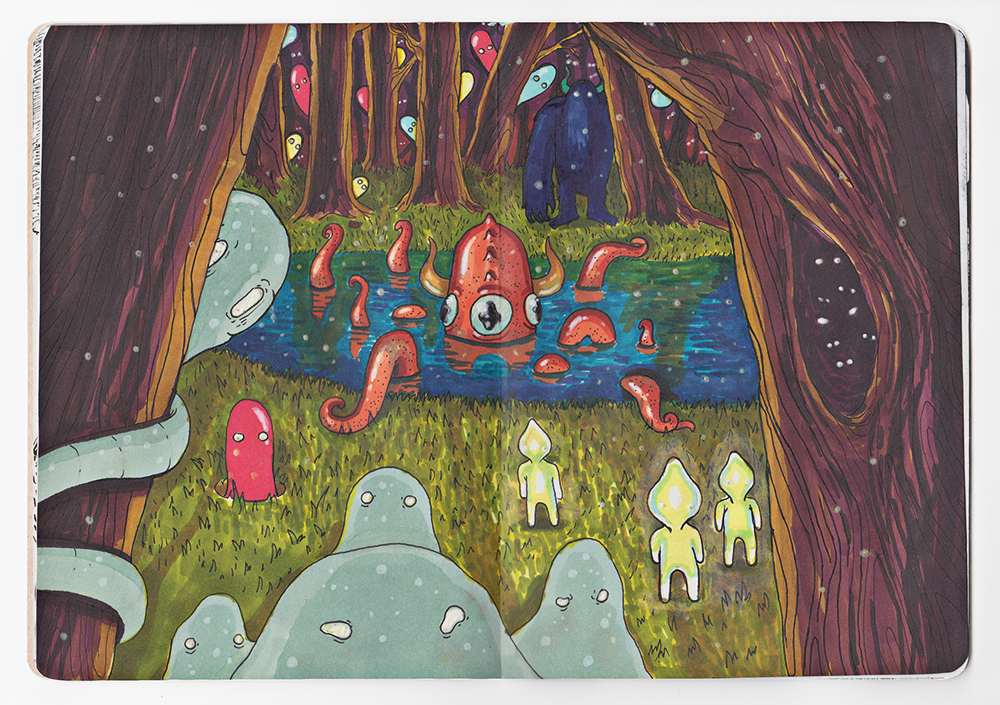 How does it work?
People pay $28 dollars, we send them a blank book, and then they fill it up and send it back to us by a deadline. Then that summer we will take that year’s submissions on tour. We usually go to galleries, museums, schools, colleges, but we’ve been to some really random places as well. In Atlanta we were in front of an art supply store that brought us down, in their parking lot. But then we also show at LACMA (Los Angeles County Museum of Art) in LA too, so bigger institutions as well.

Once the tour’s done it lives here permanently. All the books get catalogued and then when you come here you can search any way you want – by artist, materials used, whatever. You pick out a book on our system that you want and our librarians grab it and give it to you. It notifies the artist that you’re looking at their book and the artists can keep track of how many times their book has been viewed on our website. 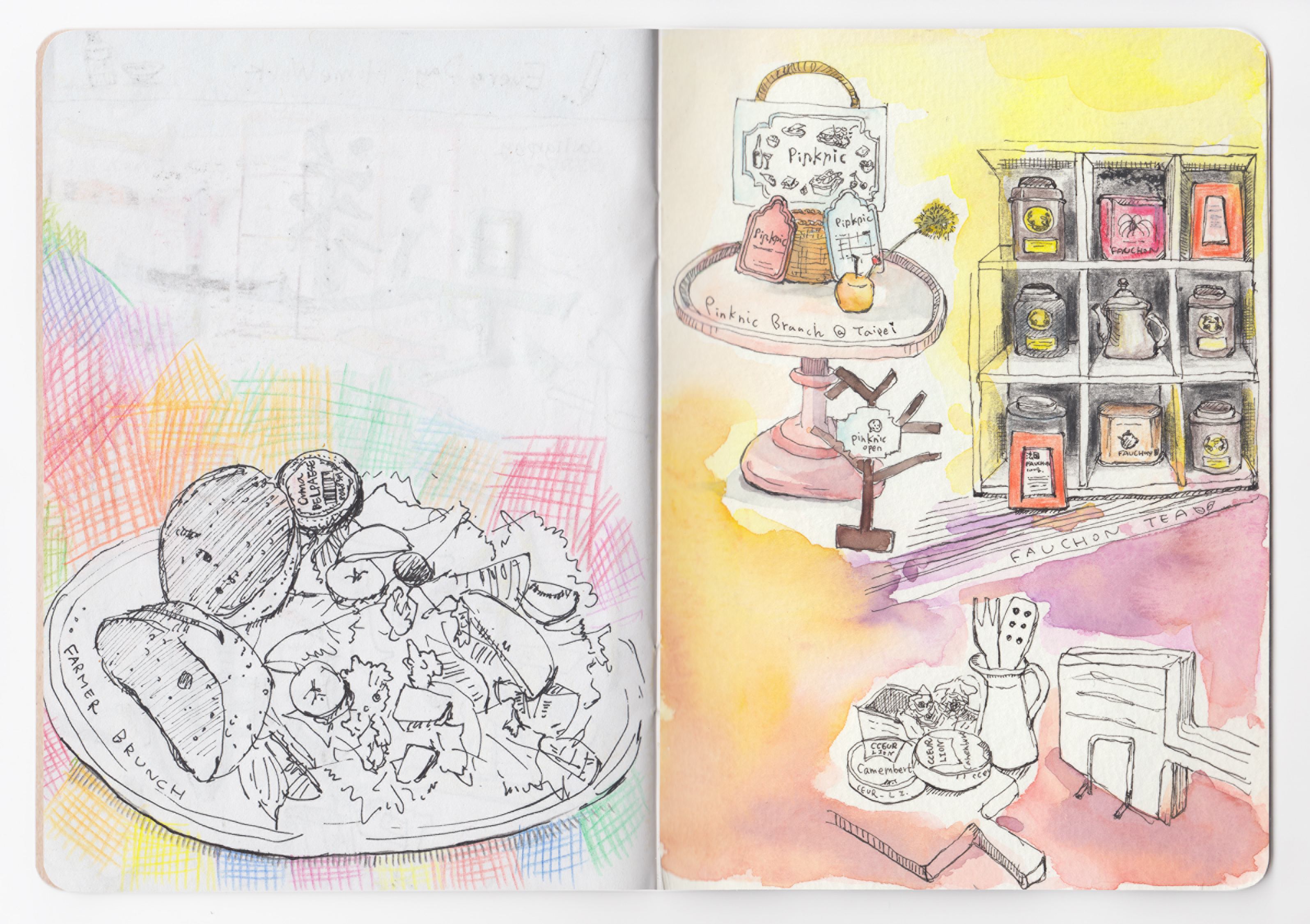 Do you see the submissions of the year as one body of work or lots of individual ones?
I always see everything as like one big like piece of work. I mean when you’re sitting here surrounded by these books it’s hard to wrap your head around the idea that there are 30,000 stories and different perspectives from all over the world and I think that’s what makes it kind of a more beautiful thing than just like this one artist. The one artist might be amazing but they’re next to a book about someone who had cancer, or next to a book about someone whose father died and it’s like an ode to that person, so it’s hard to compare one to the other anyway. I definitely feel like whenever they’re in a group, that’s what makes it more exciting. If we just put one artists’ sketchbook on the wall it wouldn’t be that exciting. 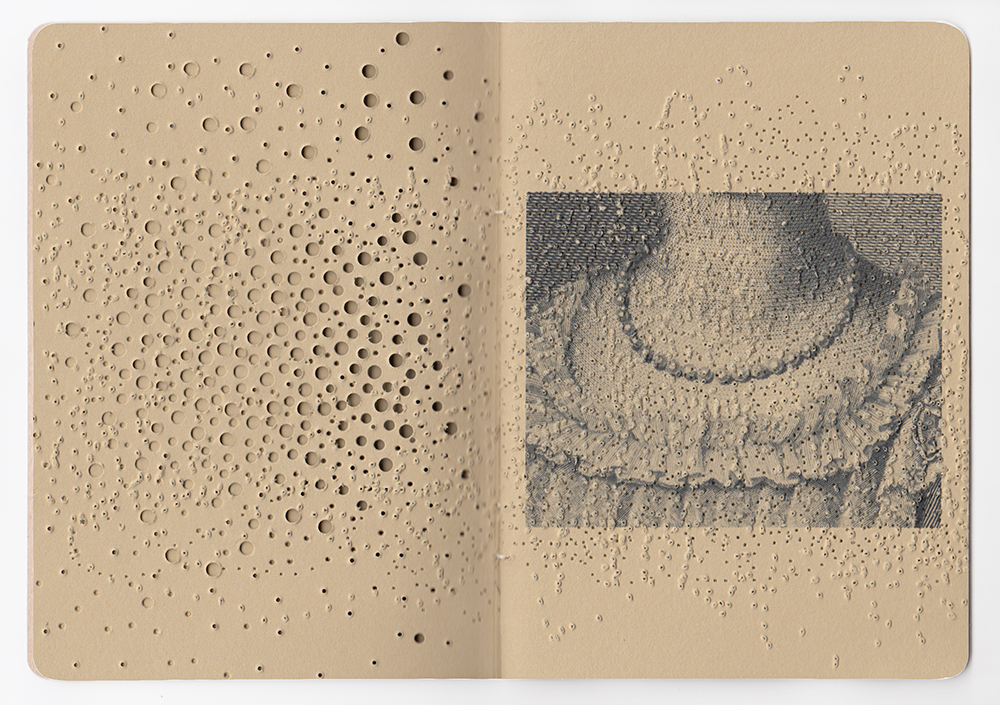 Of course, when you do start looking at one individual sketchbook that’s when it gets mind-boggling. You see that someone sat down and created it, and when you flip through you’re having this real personal moment. When you’re in a museum and gallery you might just look at a piece and move on, these are looked at maybe by three or four people a year, they’re not looked on by thousands and thousands so you’re holding this work and connecting with this artist on a different level that you don’t get at a regular museum. 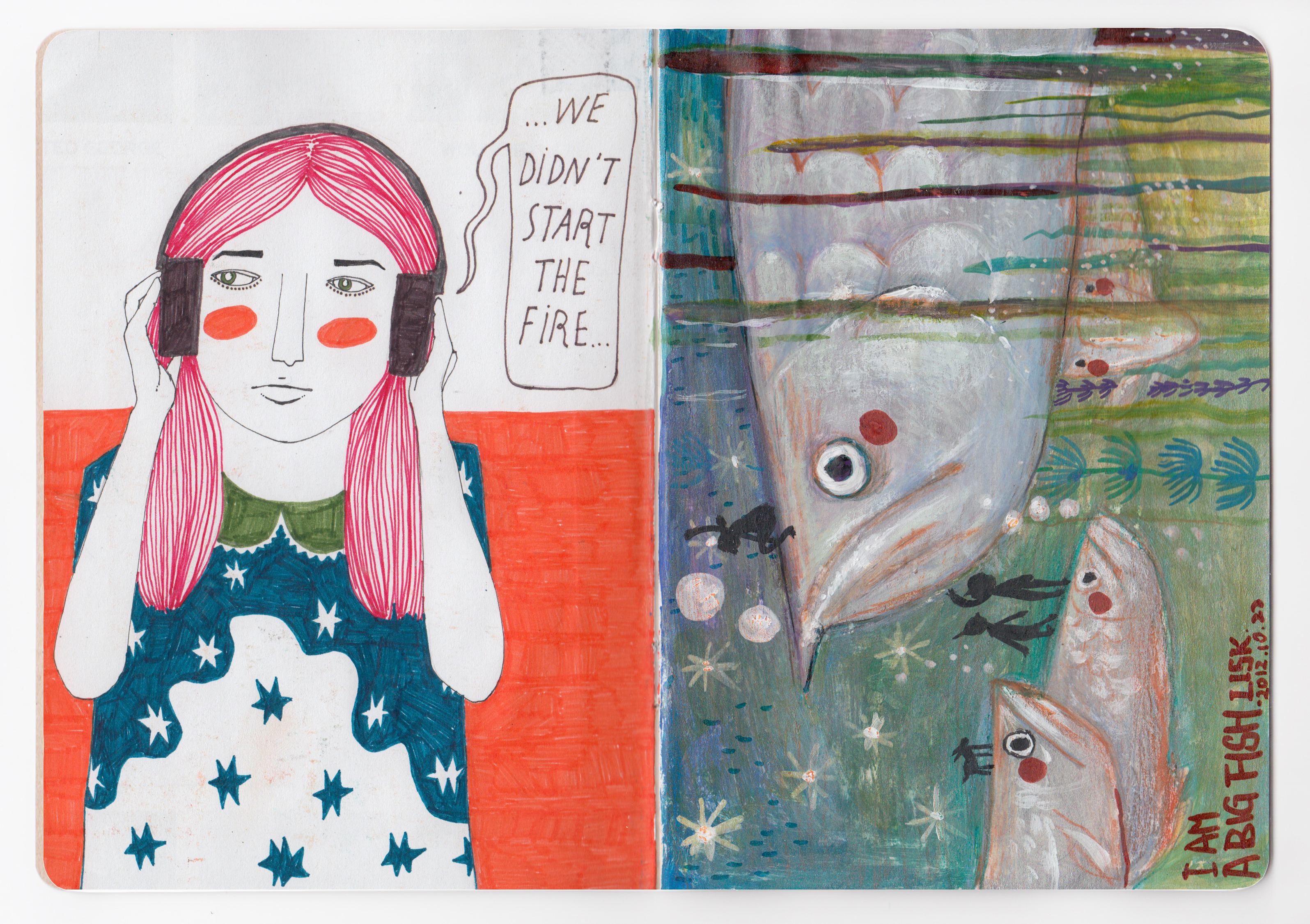 Tell us about some of your favourite books?
It’s really hard to choose favourites. I mean how do you compare someone’s book about their father dying to an amazing illustrator, it’s just not the same thing. One of our most viewed books online is by this woman who got the book the day she was diagnosed with cancer and finished it right when she was put in remission. She actually is a good artist, but that book was so different to some of the other more fun, whimsical books that are here. There’s a lot of books about loss actually. People use this to deal with something and I think that’s a really amazing thing. We just found one the other day and it was all about this guy’s father who died. It’s the saddest thing, it’s got newspaper clippings from his life and it had his obituary at the end and… I just love that, I mean I’m sad that it happened, but I’m glad that they were able to use that, if it helped them move forward in any way then I think that is awesome. 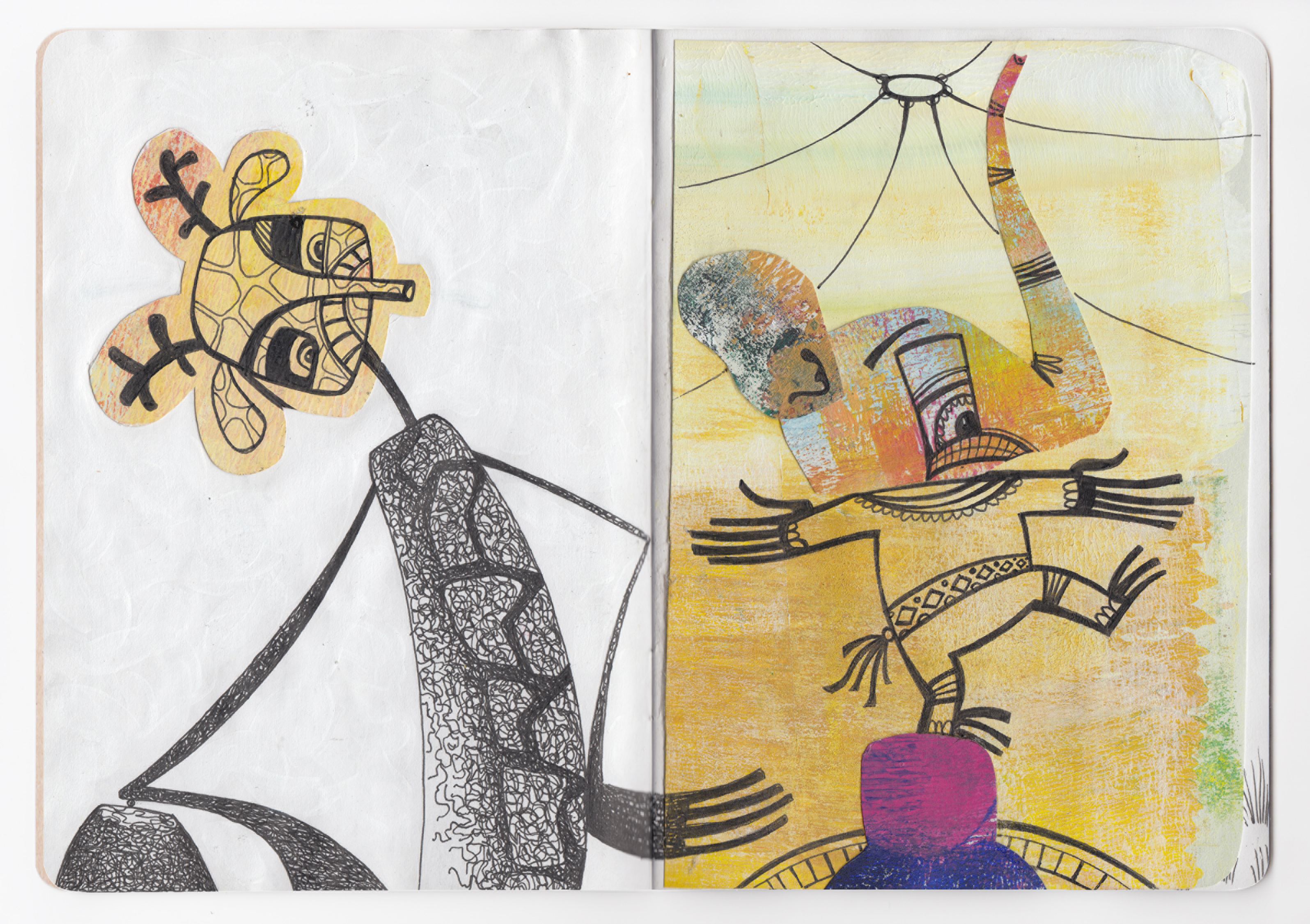 What do you think is so appealing about the project?
Personally, I’m really into the conceptual side of connecting with people and the weird coincidences. People come in saying ‘I think my Mum did this project like 5 years ago..’ and they get to see that book and reconnect with that person. We had this one person come in who just randomly searched their friend they haven’t talked to since elementary school and found their book, they didn’t know they’d done it or anything it was just this random coincidence. I think there’s this cool science that no one can understand when all these people are together. 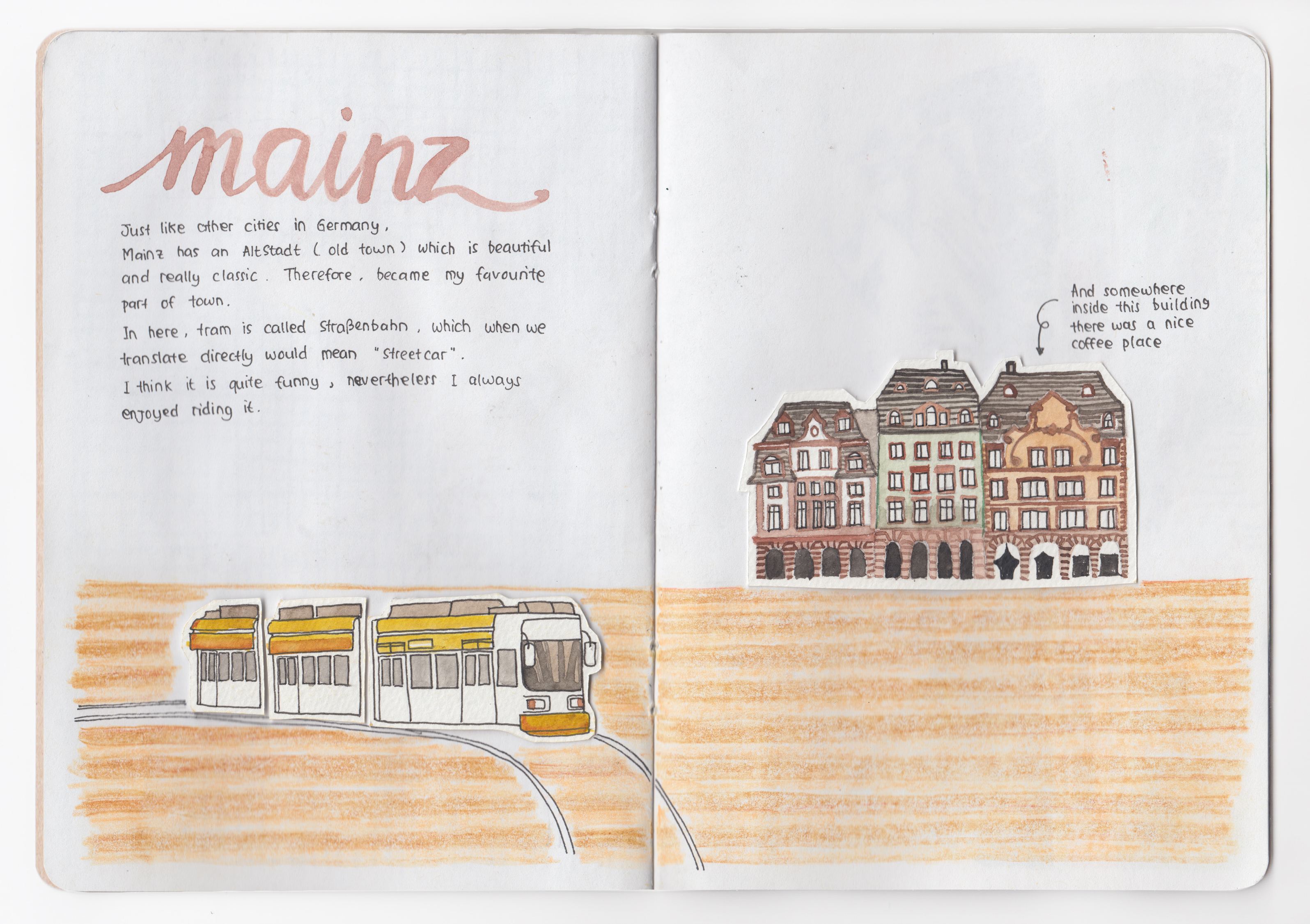 I also think there’s an aspect of inspiration. I want people to submit because you become a part of this massive thing that is bigger than all of us and I think that the more stories we have and the more perspectives from around the world that we have the better. We have books from a school group in Sudan that all did it — they drew the outside of their classroom with elephants walking by. I mean we don’t have that in the UK or the US, so it can provide this great perspective on the world. 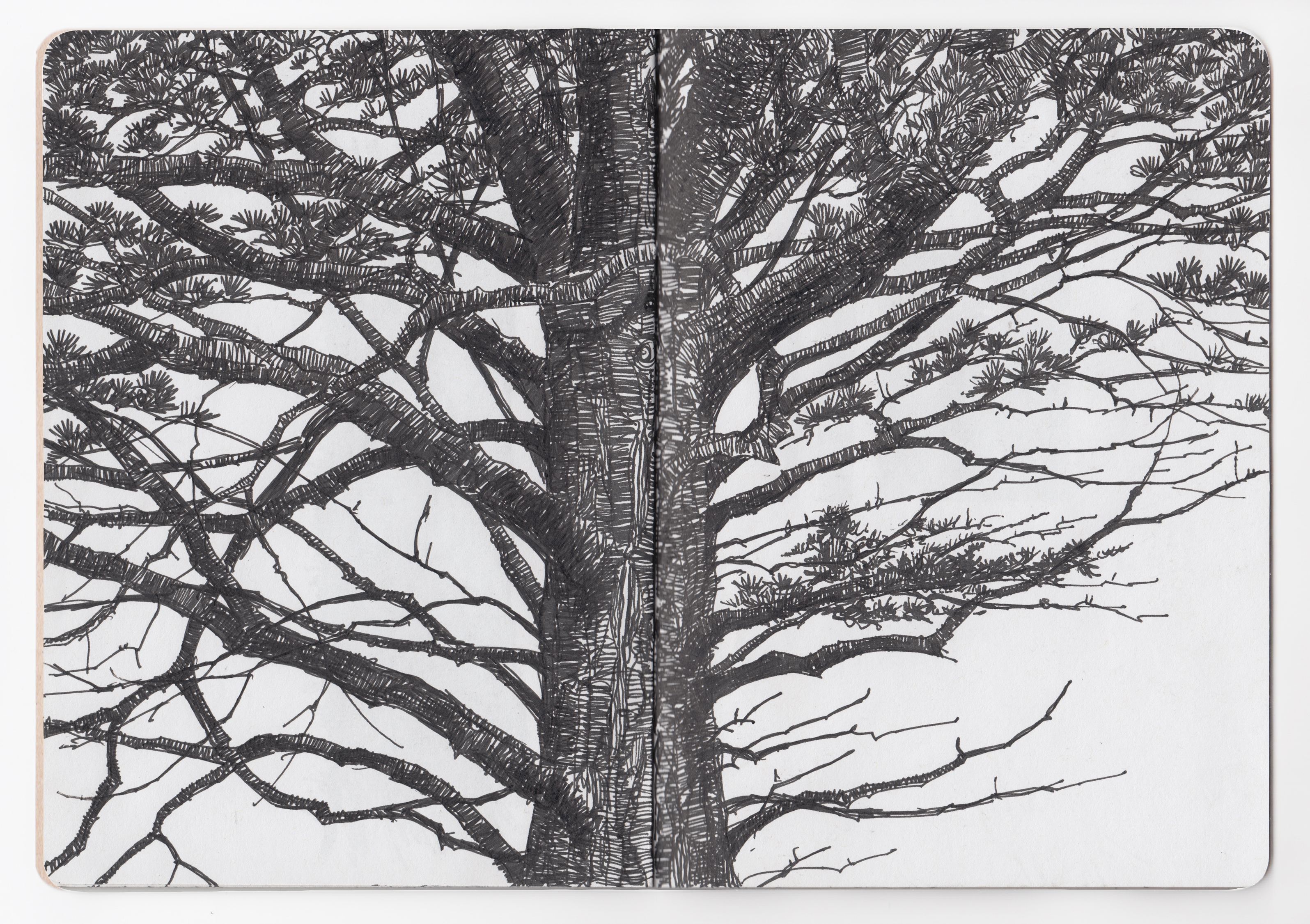 What’s the future of the Sketchbook Project?
Well we just had our book come out a couple of months ago and we really loved doing that, it’s such a nice way to sum it up I think, so we want to do more things like that. We’re also focussing more on working with schools to bring the project to them and finding more ways to share the books. We also really want to be a reference place for creative people. These are all living and working people, so for example if you were looking for an illustrator or an artist, you could technically come here and find someone and you wouldn’t have to search Google. It’s like a physical Google in a sense. I’d love to do more of that, and I know it’s happened before, we hear stories of people connecting in that way. I just think that we are such a unique way to find artwork and I want to stress that more and push that as a whole for the collection.

Check out the Sketchbook Project or grab a copy of the book.

Linkedin
RELATED ARTICLES
OTHER ARTICLES
Filmmaker Nicolas Heller’s No Your City web series celebrates the city’s larger than life characters, who are being threatened by ongoing gentrification of the Big Apple.
Mapping the City exhibition explores how street artists see the urban world differently.
Rebel photographer and artist Clayton Patterson is leading the charge to fight cultural cleansing and revitalise the Big Apple's underground art scene.