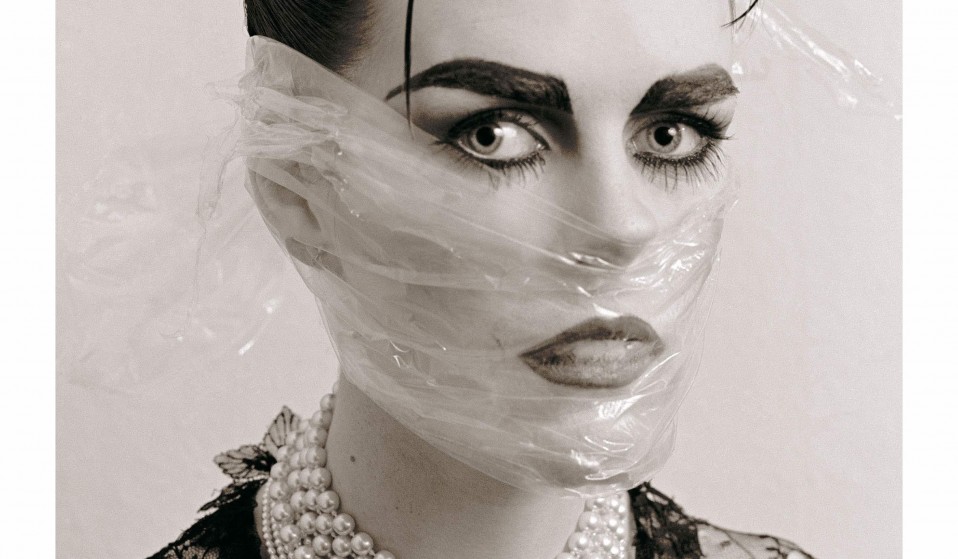 “People were either delighted or horrified that a woman could have made that work,” she explains over the phone from Glasgow, where she’s currently participating in the city’s International Art Festival.

Whether she delights or horrifies is really up to the beholder, but it can’t be denied that Linder has made a large impact on the British art scene since her debut in the late 1970s. Starting out by producing the sleeve for the Buzzcocks’ 1977 single Orgasm Addict, Linder has gone on to exhibit at Musée d’Art Moderne de la Ville in Paris, become the inaugural artist-in-residence at Tate St Ives, collaborate with the Northern Ballet and, more recently, affix scantily-clad women from the tabloids to the Sculpture Gallery wall at Chatsworth House (currently home to the Duke and Duchess of Devonshire).

“The summer before I graduated in 1976, this thing that became punk happened,” she explains. “I was getting tired of mark making anyway, and then suddenly I was experimenting with cutting up photographs… I realised there was a different way of making your mark that was very economic – that was very clean, and almost forensic and surgical. I am still working very much in the same way four decades later.” 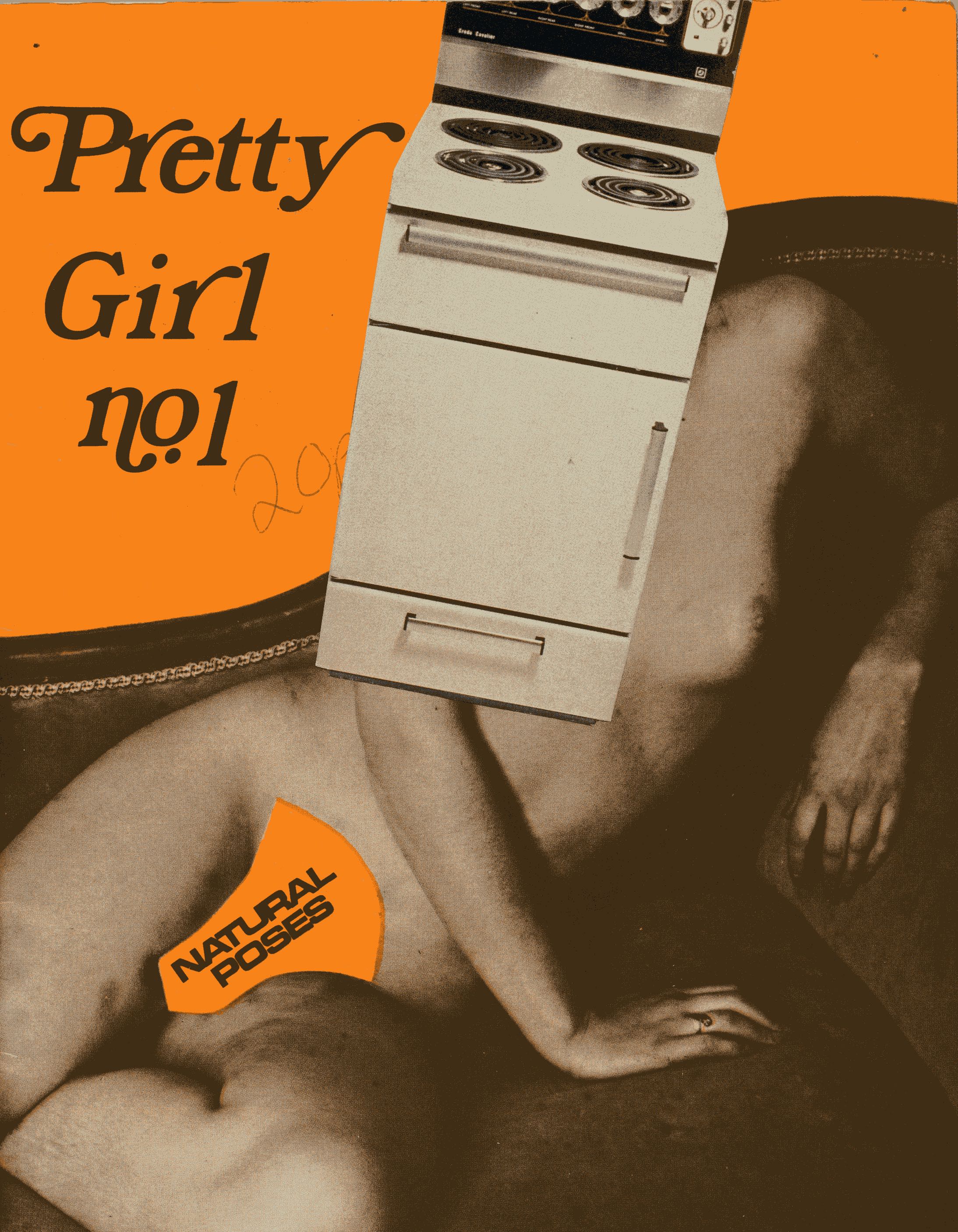 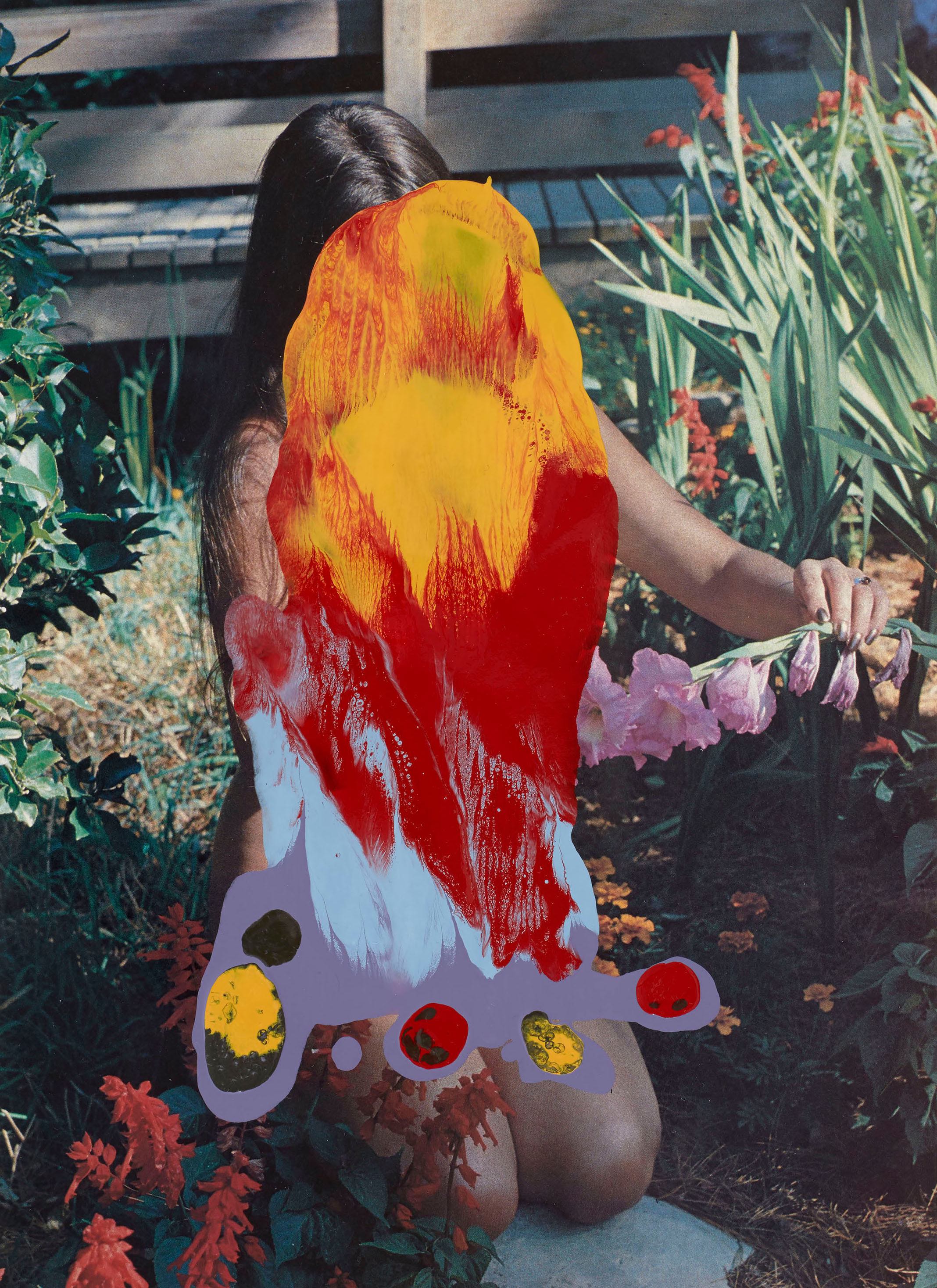 Over the last 40 years, Linder’s scalpel has continued to hover around the female form, drawing subjects from a myriad of locations, including lads’ mags, glossy publications and painted portraits from the Chatsworth collection. Her preoccupation with the perception of women as decorative objects has never abated, suggesting that perhaps feminism has failed to fully tackle the problematic way women are presented in popular culture.

That said, Linder is swift to acknowledge the progress feminism has made. “If I look back to the 1970s when I first read Germaine Greer’s The Female Eunuch, you could advertise a job for men only or women only,” she says. “We know there are actually still huge discrepancies in pay, but back then it was just normal that men’s jobs would always be far more highly paid.”

“I guess maybe then the ‘enemy’ – if there was one – was far more visible,” she adds. “Whereas now we have to wait, to dig around a bit to find out what’s going on – like the recent issues around pay within different companies. So, I think feminism has been incredibly successful, but we still have a long way to go.”

Linder has been using her practice as a vehicle for feminist provocation throughout her career. It is impossible to look at her Pretty Girl series without drawing parallels between the appearance of a beautiful woman and the appearance of a domestic object; both are silent, both have a use. Feminist issues made an impact on Linder’s art before she even picked up a scalpel. 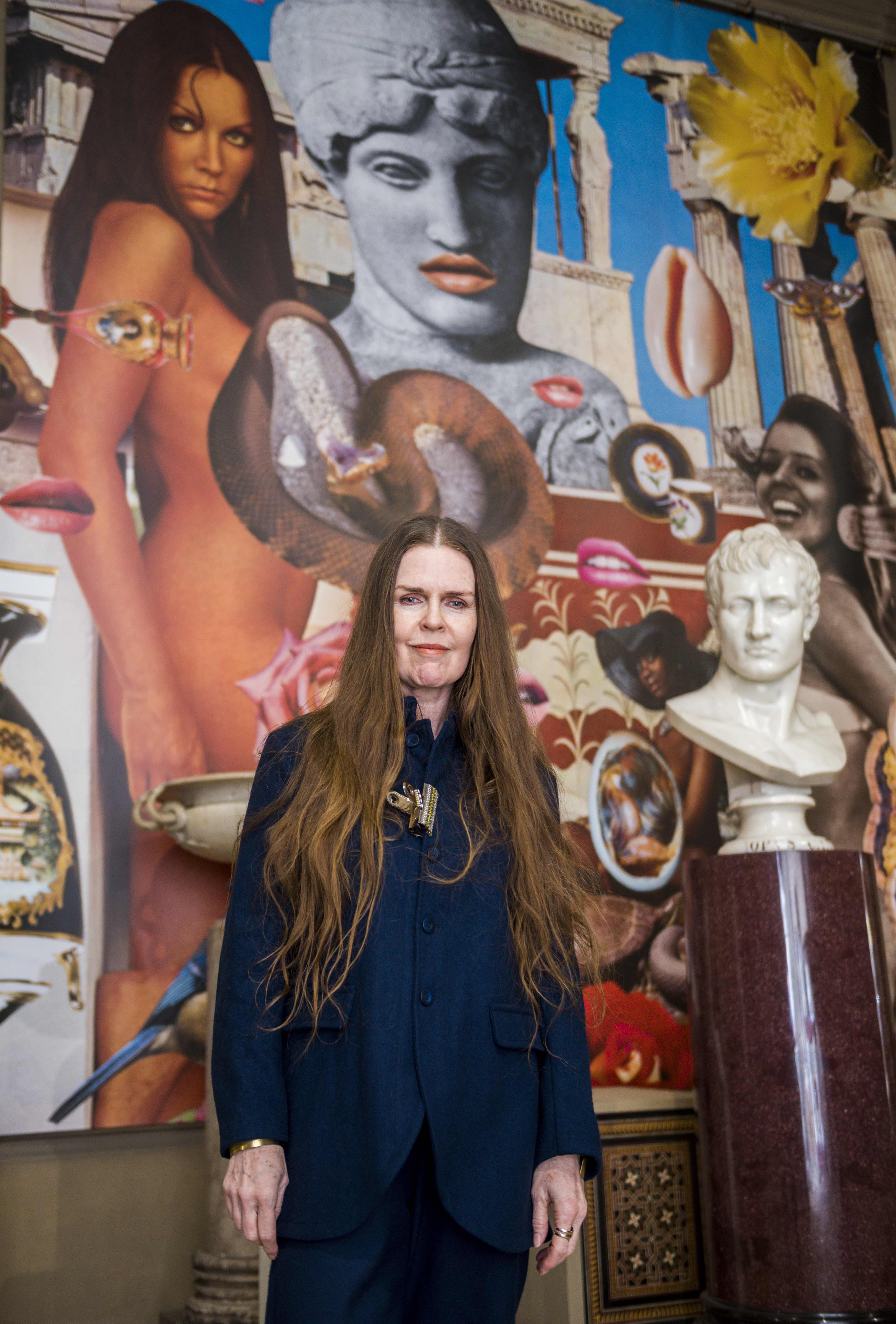 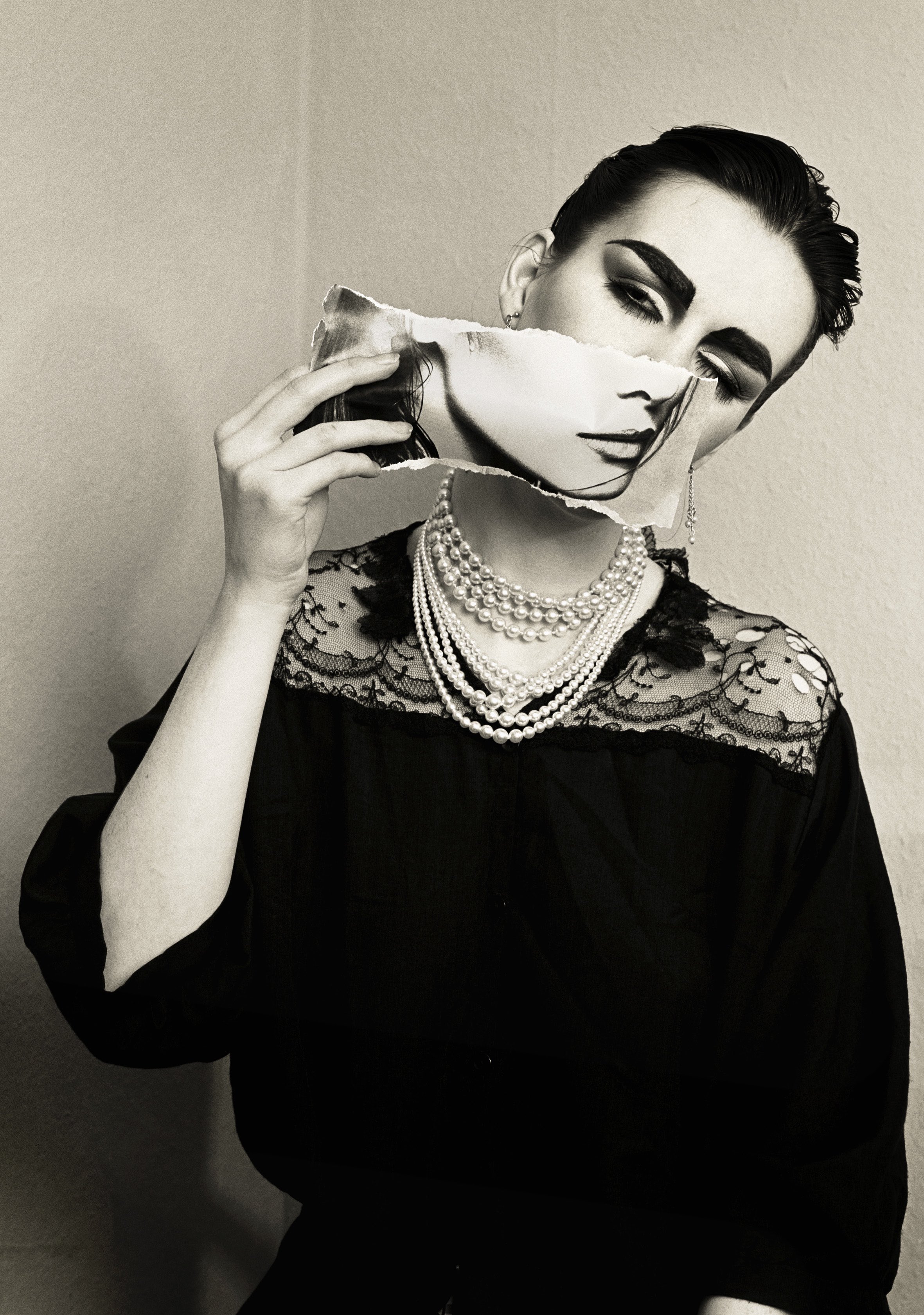 What I Do To Please You I Do, 1981-2008. Courtesy of Stuart Shave/Modern Art, Dependance, Andrehn Schiptjenko, Blum & Poe

“Simone de Beauvoir said: ‘One is not born, but rather becomes, a woman.’ I think I was 16 when I read second wave feminism literature and even at that age I could look back and realise that ‘men do this, women do this’ wasn’t natural. I began to unpick this theatre of life, as if I suddenly saw the world in a very different way.”

For her new retrospective, The House of Fame, at Nottingham Contemporary, Linder goes a step further and uses her platform to showcase the work of other female artists overlooked by history. She even dedicates an entire gallery space to Moki Cherry who has never been exhibited in Britain before. And, during Glasgow International, Linder could be found at the Glasgow Women’s Library presenting new work and engaging in talks discussing women’s relationships and feminist concerns.

When it comes to advising the creatives of the future, Linder has a few words of wisdom, including an encouragement to “allow boredom.” “When you put a seed in the ground you don’t keep picking it up and showing it to your friends,” she says. “You put the seed in and cover it over – you let it have its time in the darkness.”

Linder is pretty certain about what has driven her success too: “I’ve learnt how to make things stick; that could literally be about photomontage or it could be applied metaphorically because I stick at things. I don’t give up very easily.” 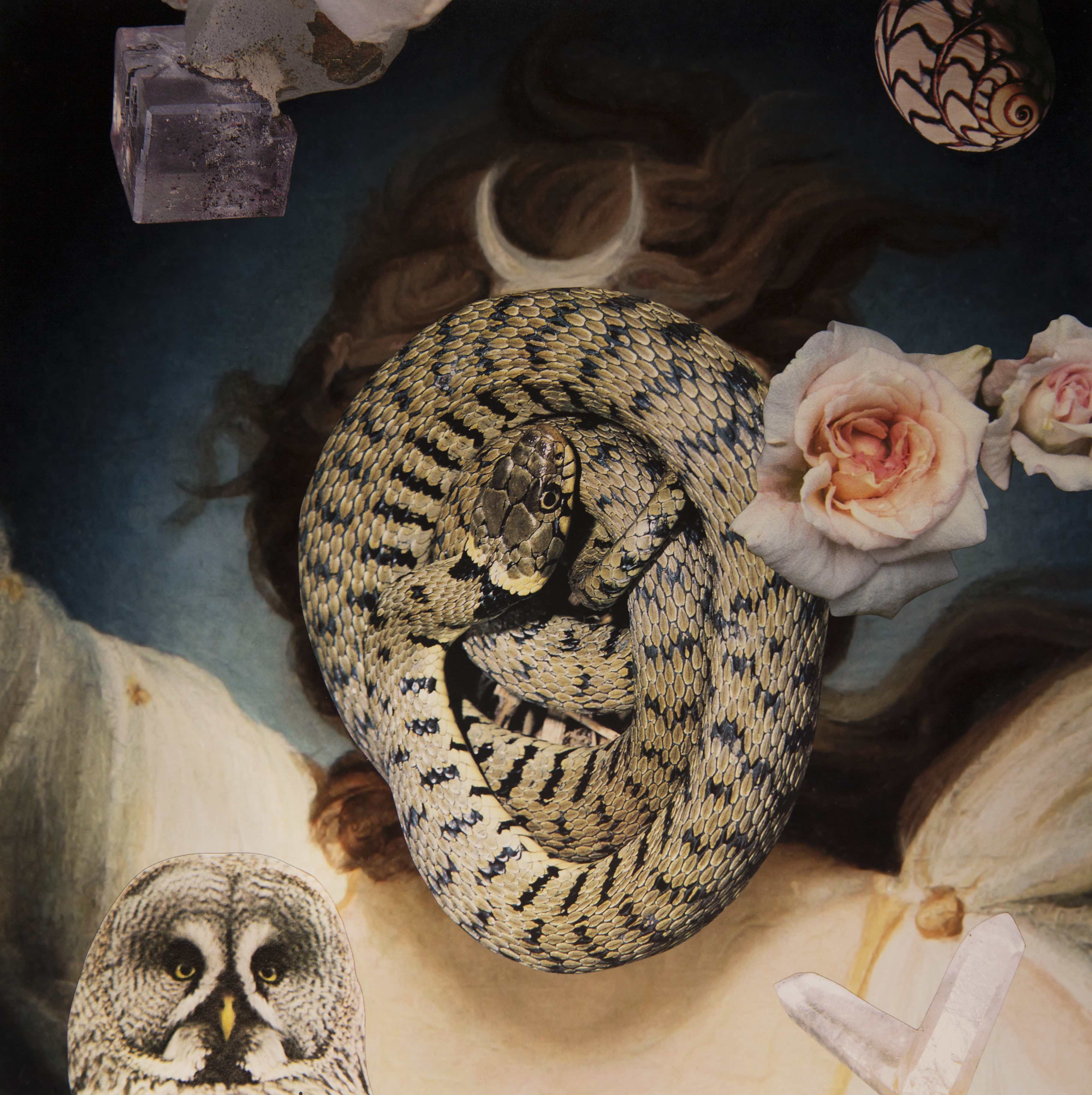 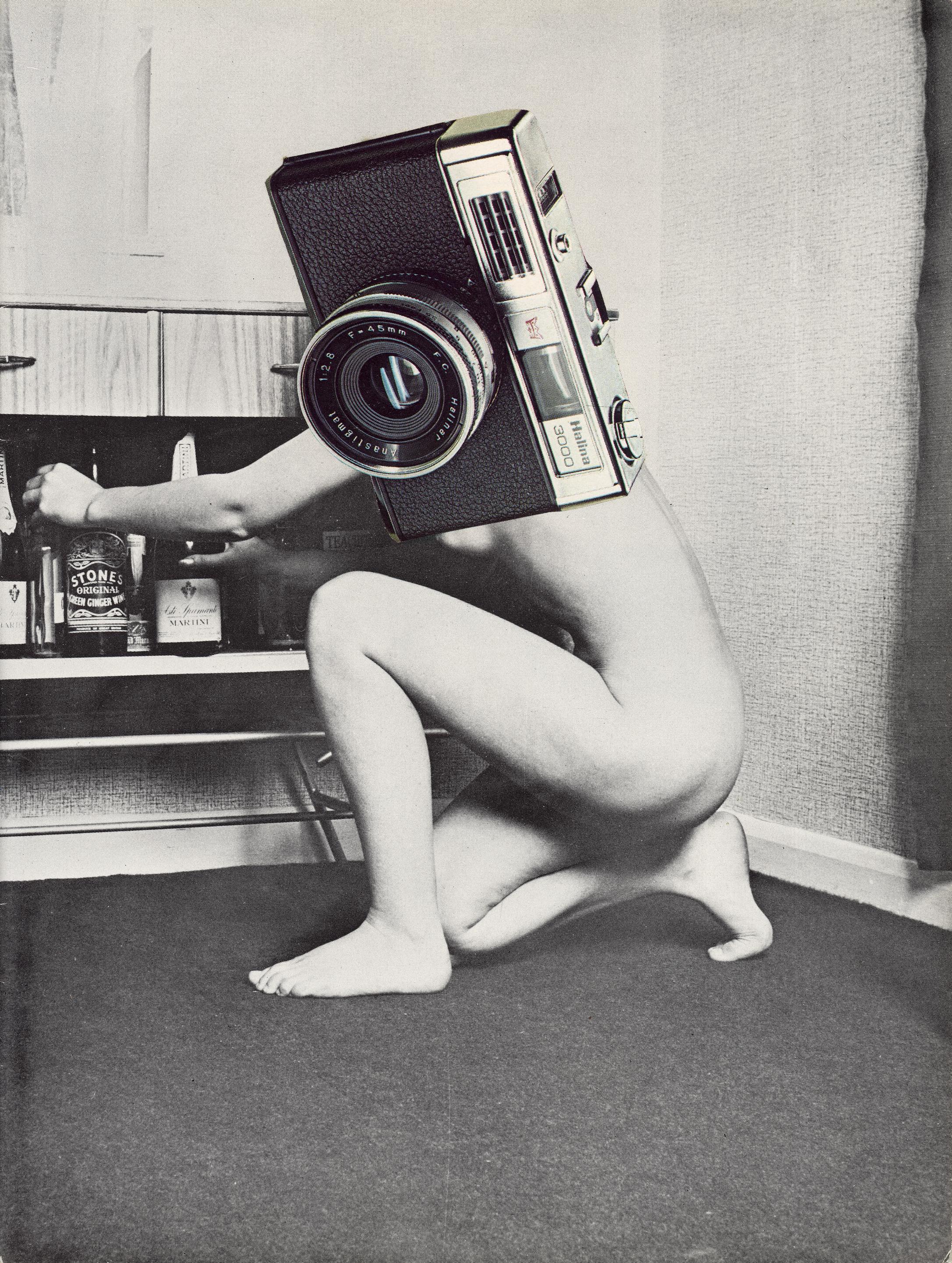 Linder currently has a retrospective The House of Fame at Nottingham Contemporary, which runs until June 24.

Her work can also be seen in Her Grace Land at Chatsworth House until 21 October and her film and flag diptych Bower of Bliss are on display at Glasgow Women’s Library.

Linkedin
RELATED ARTICLES
OTHER ARTICLES
In her new book, the author explores the country’s housing crisis in human terms and calls for radical action to address a broken system.
For decades, an area of East London has served as a community hub for Vietnamese people looking for a taste of home.
Whether it's partygate, the climate crisis or the spiralling cost of living, the fightback begins on the picket lines writes Tommy Vickerstaff
Thomas Hoepker‘s images taken during a road trip across America provide a searing social commentary about a divided country.
Photographer Matthew Brookes recalls following a group of young people in Venice Beach living in search of the perfect wave.
Wealth inequality and the rising cost of socialising is placing a strain on people’s relationships, reports Eve Upton-Clark.