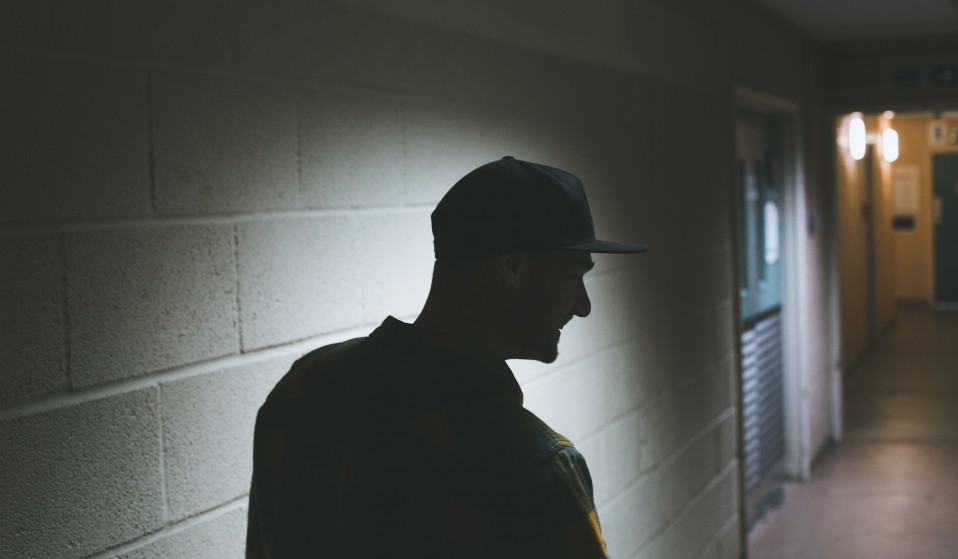 Designer Gavin Strange’s book ‘Do Fly’ offers light-hearted practical advice to help you follow your passion and support yourself doing the work you love.

Artist and designer Gavin Strange’s book ‘Do Fly’ offers light-hearted practical advice (and hip hop lyrics) to help you follow your passion and support yourself doing the work you love.

It’s time to take a good, hard look at yourself. What are you doing? Where are you going? Is there enough creativity in your life?

Creativity comes in many forms, from slathering yourself in paint and rolling about on a blank canvas to just about anything that lets you solve problems and deploy knowledge, intuition and ingenuity to put out something you care about. If you’ve found whatever it is that satisfies you and lets you express who you are, does it give you the opportunity to make a living and do what you love 24/7?

If so, fantastic. But if you’re not there yet, what do you do? Whether you’re an aspiring photographer, but still keeping the lights on by pulling pints and pacifying pissed punters, or maybe you have a stable and financially rewarding career, but there’s just something not fulfilling those creative urges we all harbour inside, then keep reading.

Do Fly is a light-hearted and hilarious guide packed full of lessons on how to discover your passion, turn it into something that supports you and dedicate 100% of your time to doing what you love. It’s written by Gavin Strange, a man with his fingers in many creative pies, who is a senior digital designer at Aardman Animation and works under the alias Jam Factory in his spare time. 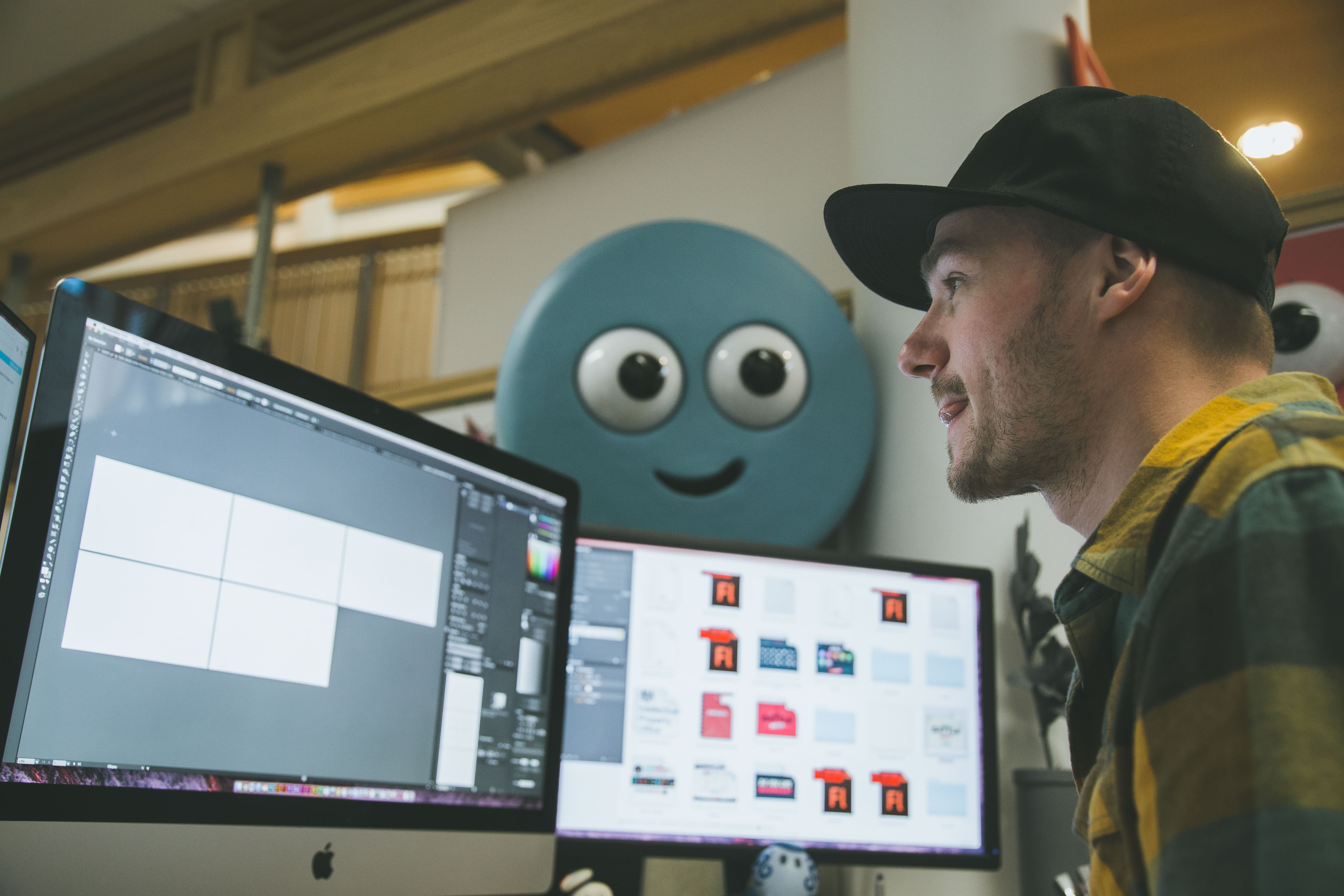 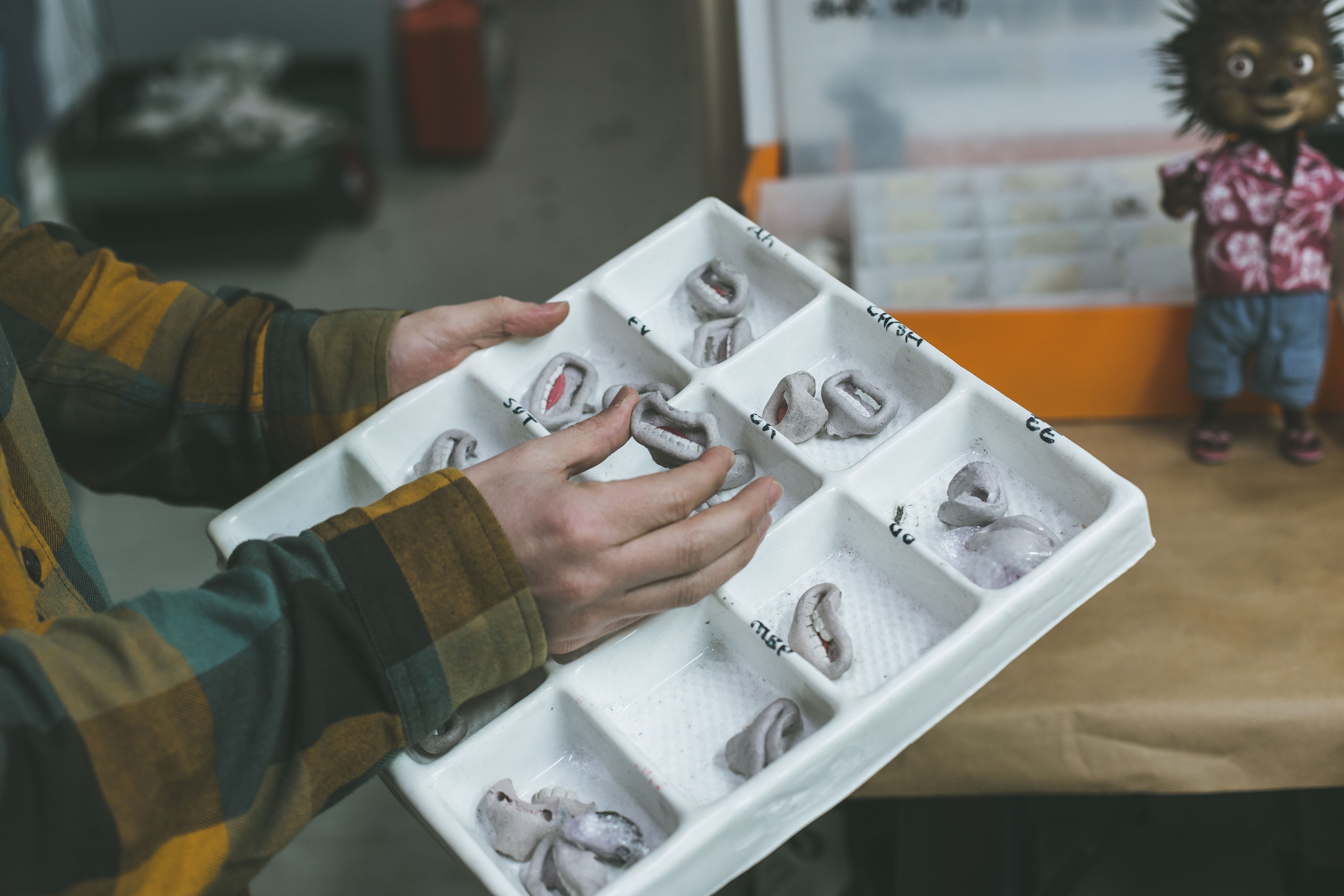 With the help of inspirational lyrics from rappers such as Ghostpoet and Sage Francis, Gavin shares the hard-won lessons he’s gleaned from over a decade working in the creative industries and engaging in a ton of weird and wonderful side projects in his local Bristol: from a film about fixie culture to photography, illustration, design and virtual reality. Do Fly is a frank, hip hop lyric-peppered self help book for people who don’t read self help books, written for a time when jobs are hard to come by and when getting into the creative industries too often requires endless unpaid internships or rich parents.

It’s impossible to walk into Aardman’s Bristol HQ and not feel a jolt back to your childhood. After all, this is the home of Wallace and Gromit and Shaun the Sheep. It’s the studio that made Creature Comforts, Chicken Run and Pirates – and giant versions of the studio’s widely-adored plasticine characters tower over you in the lobby. “I love it, I’m stoked,” Gavin says as he invites us inside. “I grew up with this stuff and I think it’s really special that in this day and age, a business can still survive on honesty, heart and just making nice things.” 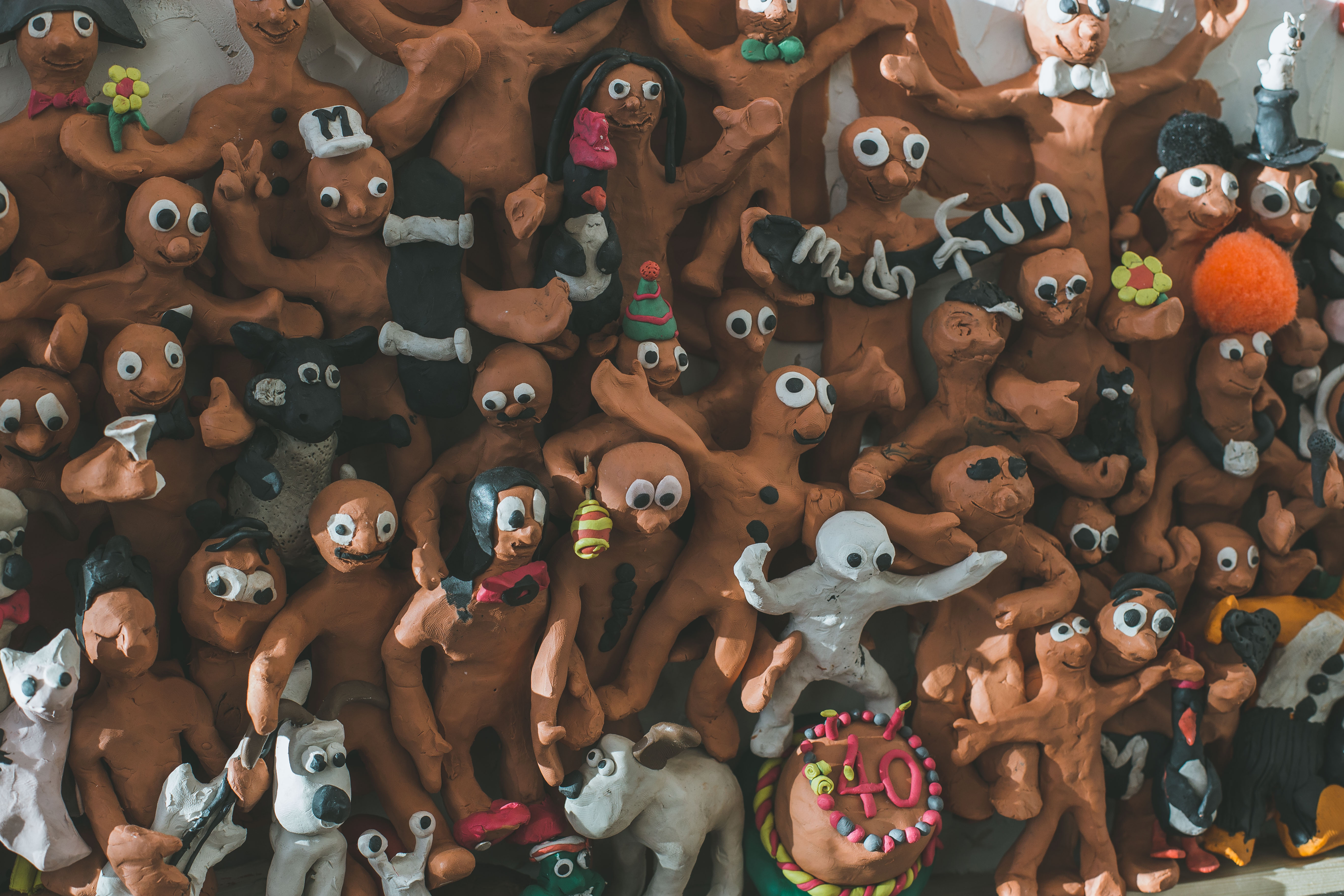 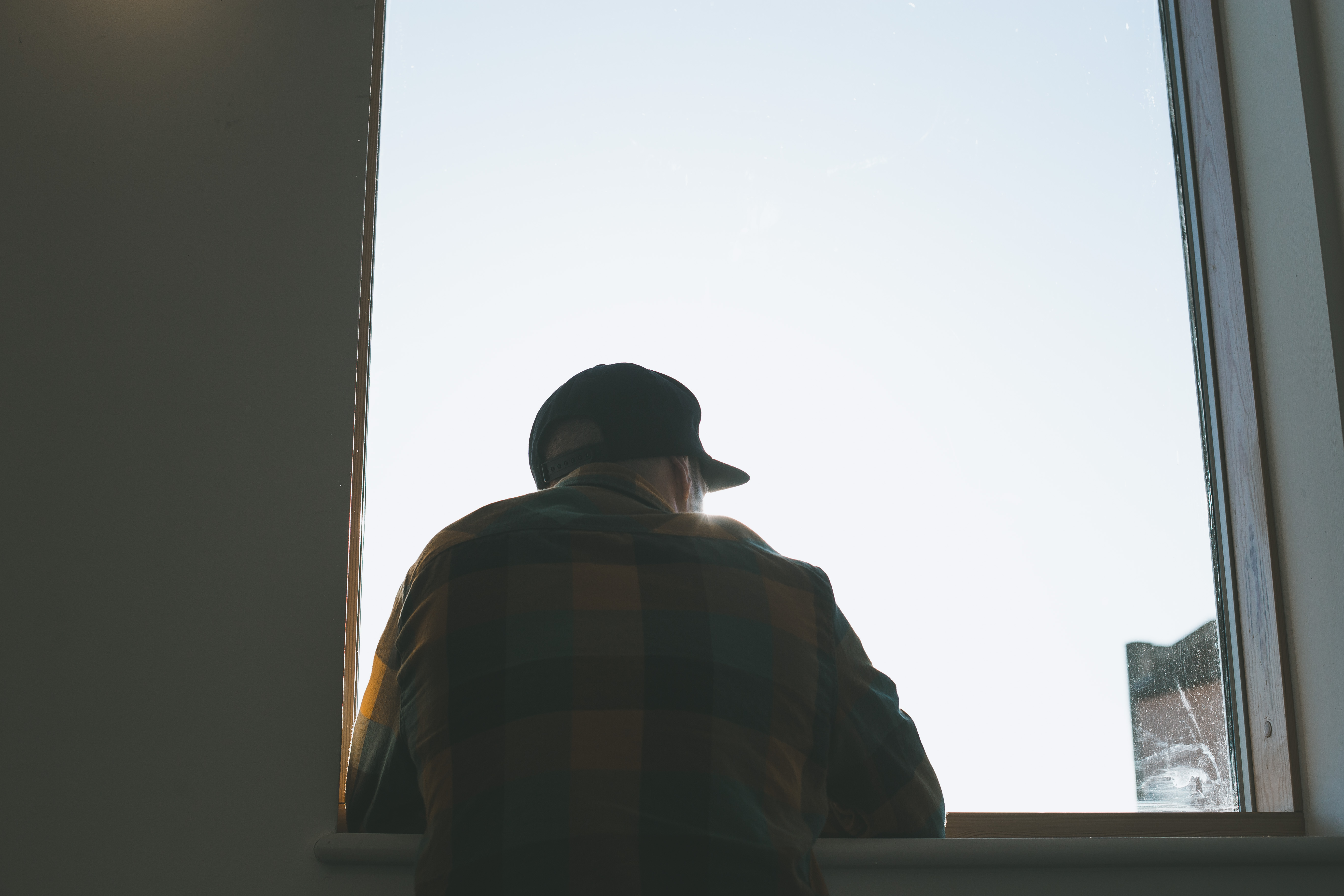 As he leads us on a tour of the creative cathedral that is Aardman, Gavin explains that Do Fly grew out of the talks he’s been giving for the past eight years about his work with the studio, his own personal projects and the theories and insights he’s picked up along the way.

“Part of me still can’t believe I survive in the real world making things that are beautiful,” he says. “I want to help people get out of the rut they might be in and find ways to make a living from doing what they love.” 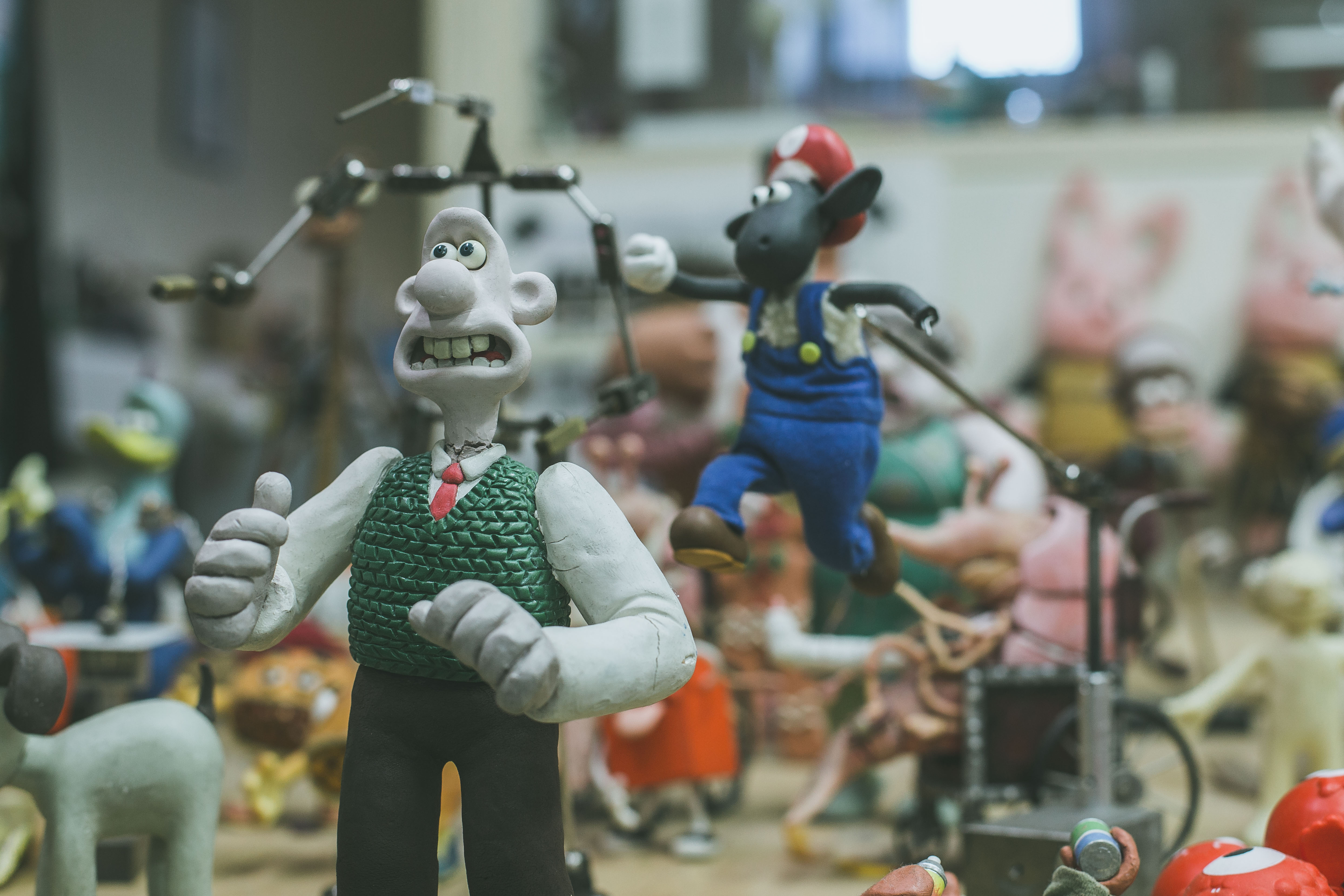 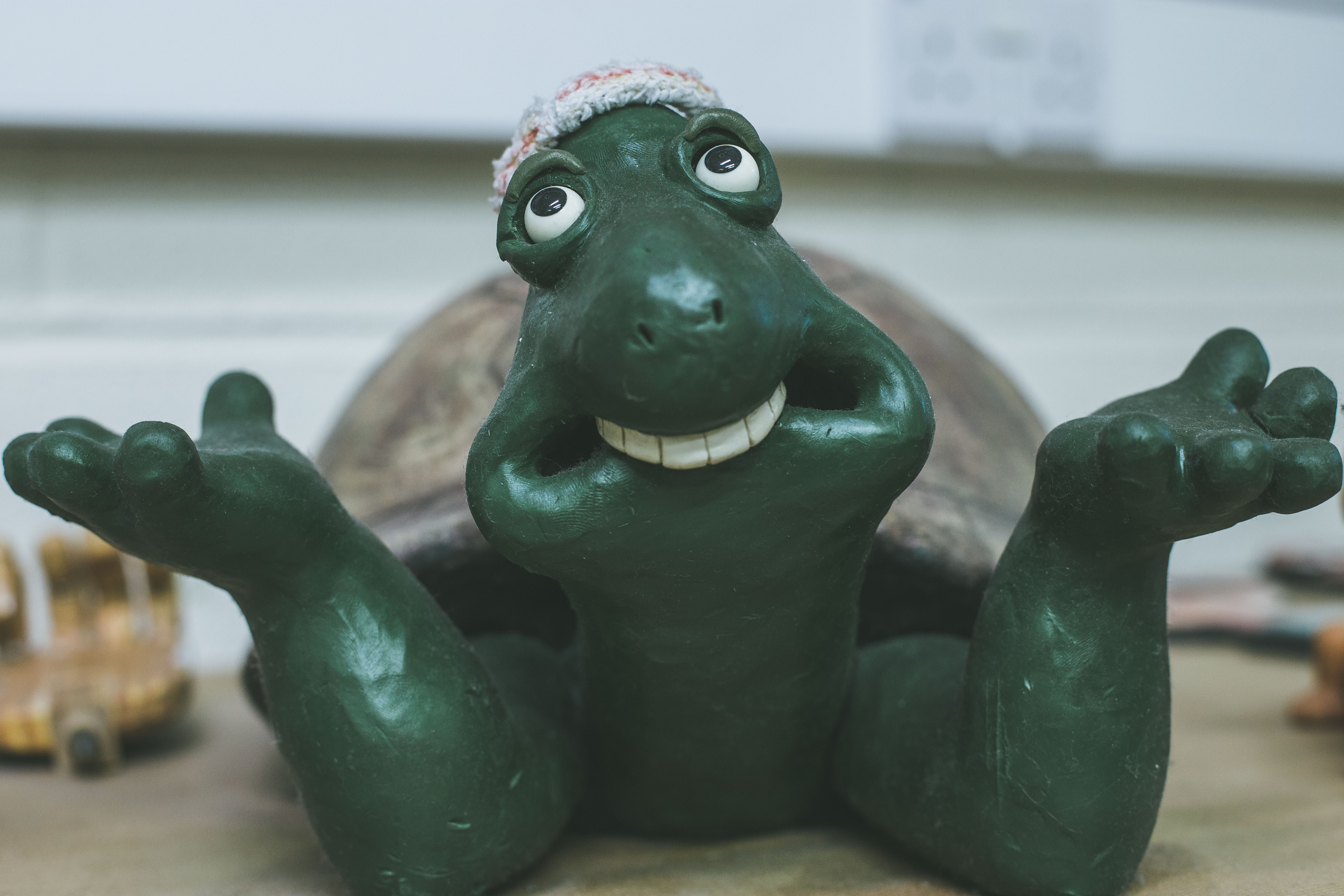 “I’m a realistic idealist,” he continues. “It’s relatively easy uncovering what you love, but making that work in the real world is the hard part. I want to encourage people to make that jump and give them the support to make it work. You need to recognise that it will be really hard but it will be the best day’s work you ever do because it’s so rewarding and you’re in it for the right reasons. The struggle and pain is all part of it.” 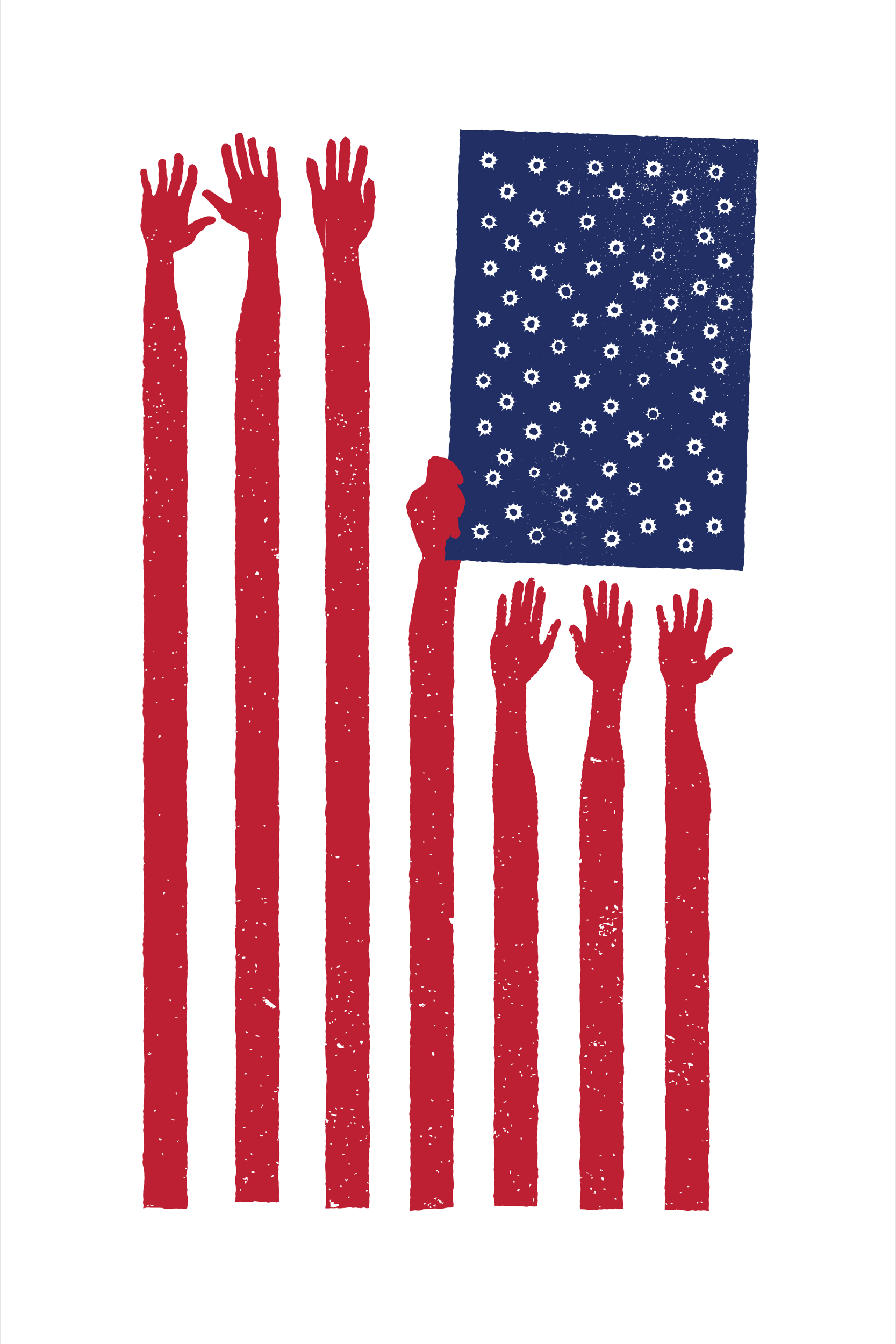 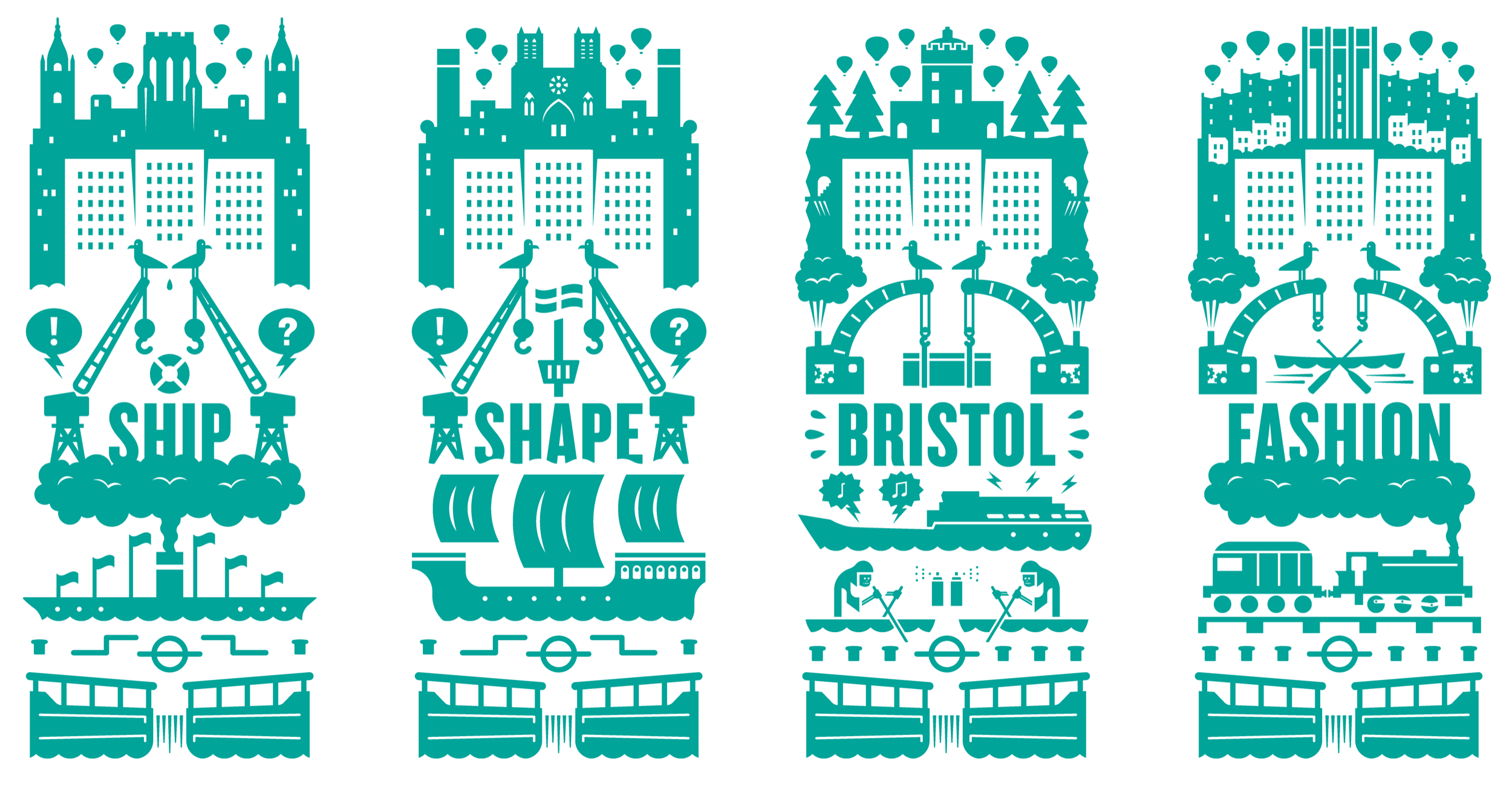 Stepping in to the cavernous banana ripening plant-turned-studio, where Aardman’s famous stop-motion plasticine characters are painstakingly posed by hand twelve times to create just one second of footage, couldn’t be a better illustration of the delayed gratification Gavin is talking about. In fact, Aardman’s story is proof that his message is possible: what began as two school friends, Peter Lord and David Sproxton, playing around with animation in their bedrooms has evolved into a multi-million pound entertainment dynasty. 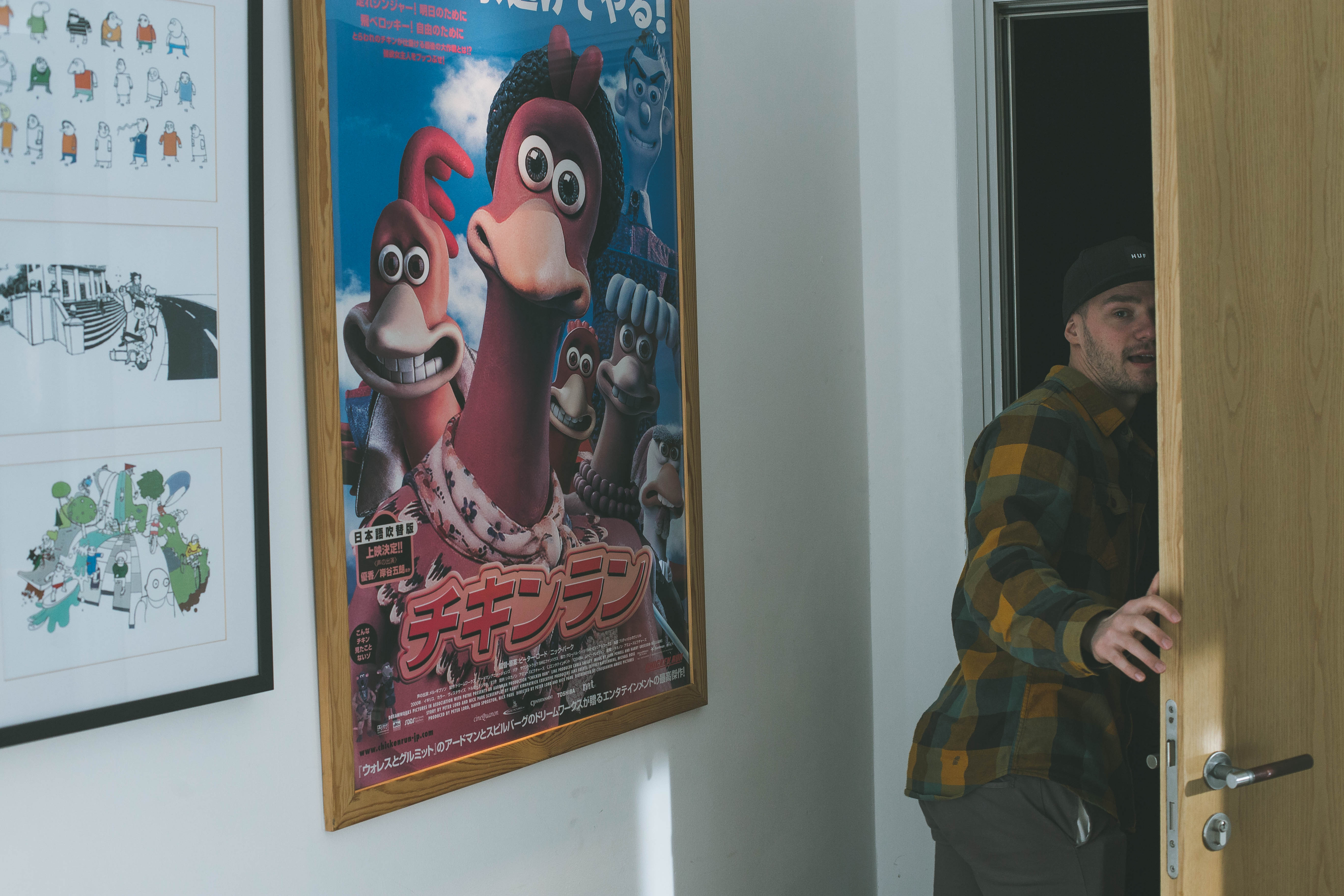 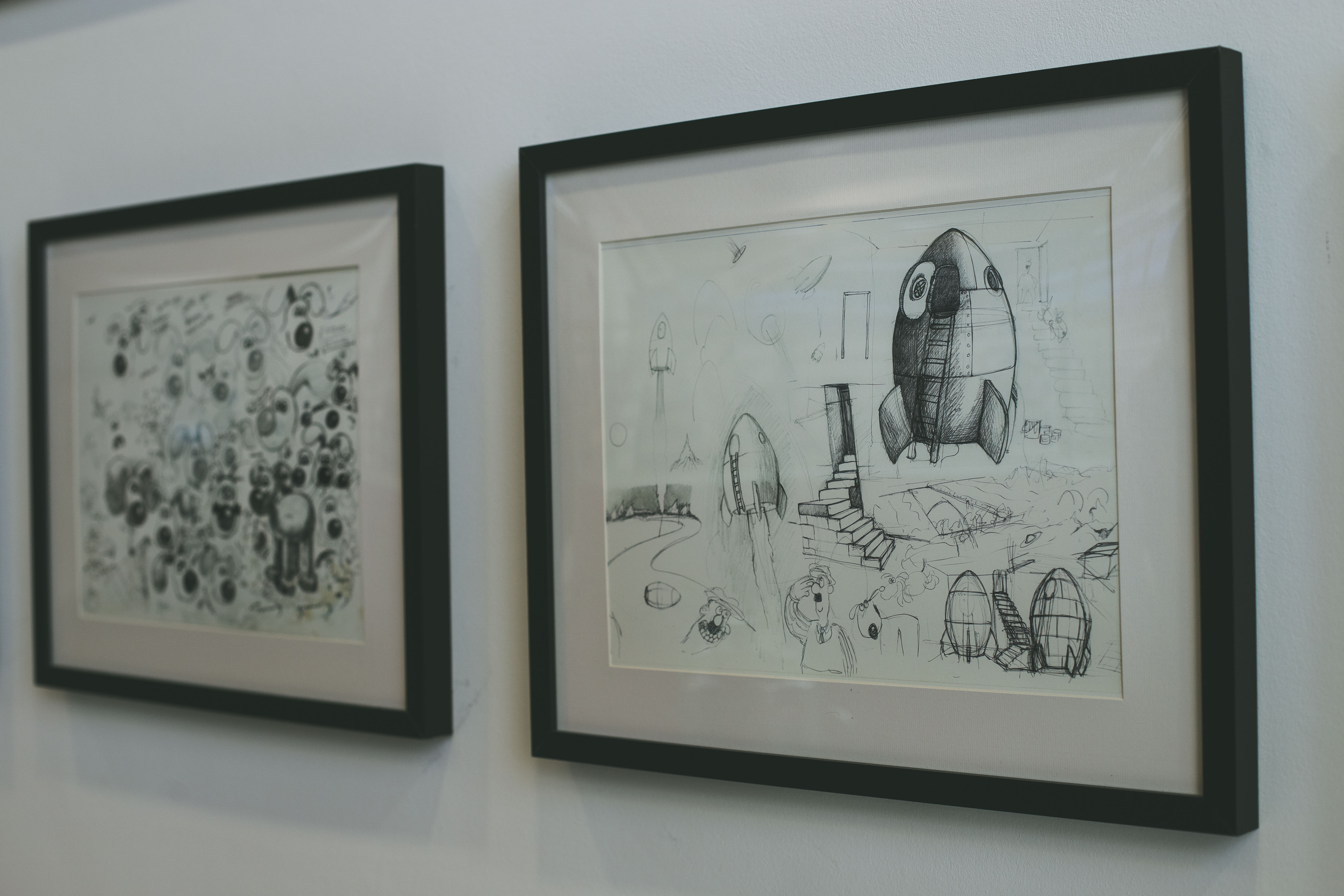 Gavin is a great believer in the power of side projects to help you discover what you want to do, hone your craft or take you in new creative directions. “So, I’m idealistic, but realistic about making your 24 hours a day work for you,” he says. “You’ve only got so much energy, so try and put as much of that as you can into things you want to do. Side projects are the best way to learn, experiment and do something fun without being focussed on financial gains. You’ll soon realise that the satisfaction and happiness that brings is way more valuable than money.”

In fact, Gavin first appeared on Huck’s radar with Böikzmöind, a documentary about Bristol’s colourful fixie scene and the eccentric characters who ride these impractical machines for such a brutally hilly city. His list of extra-curricular activities is long and wide-ranging, including Made in Bristol illustrations, the Strange jewellery and design company with his wife Jane, Shirley Creamhorn & Shithawk vinyl toys and much more besides. 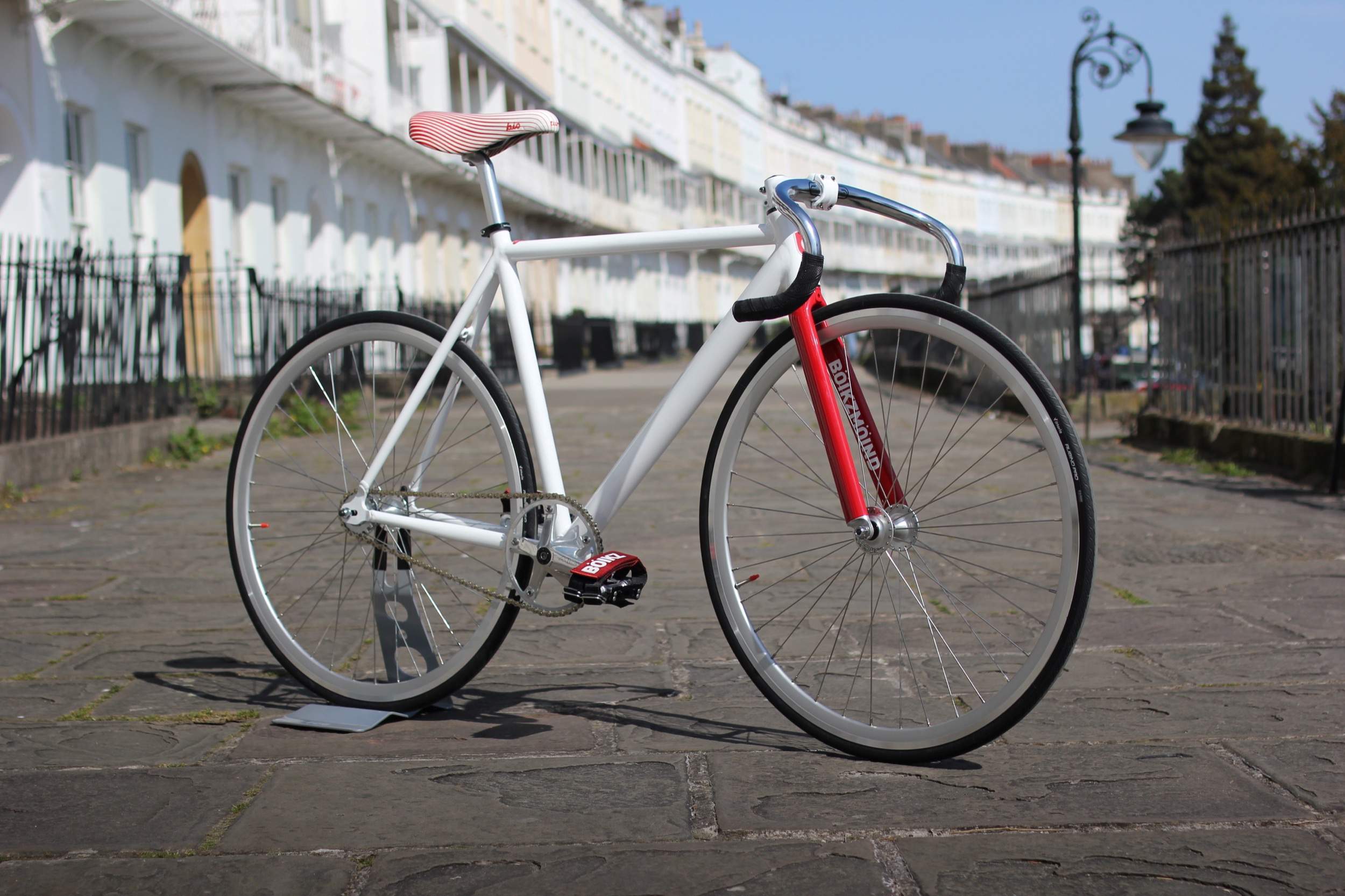 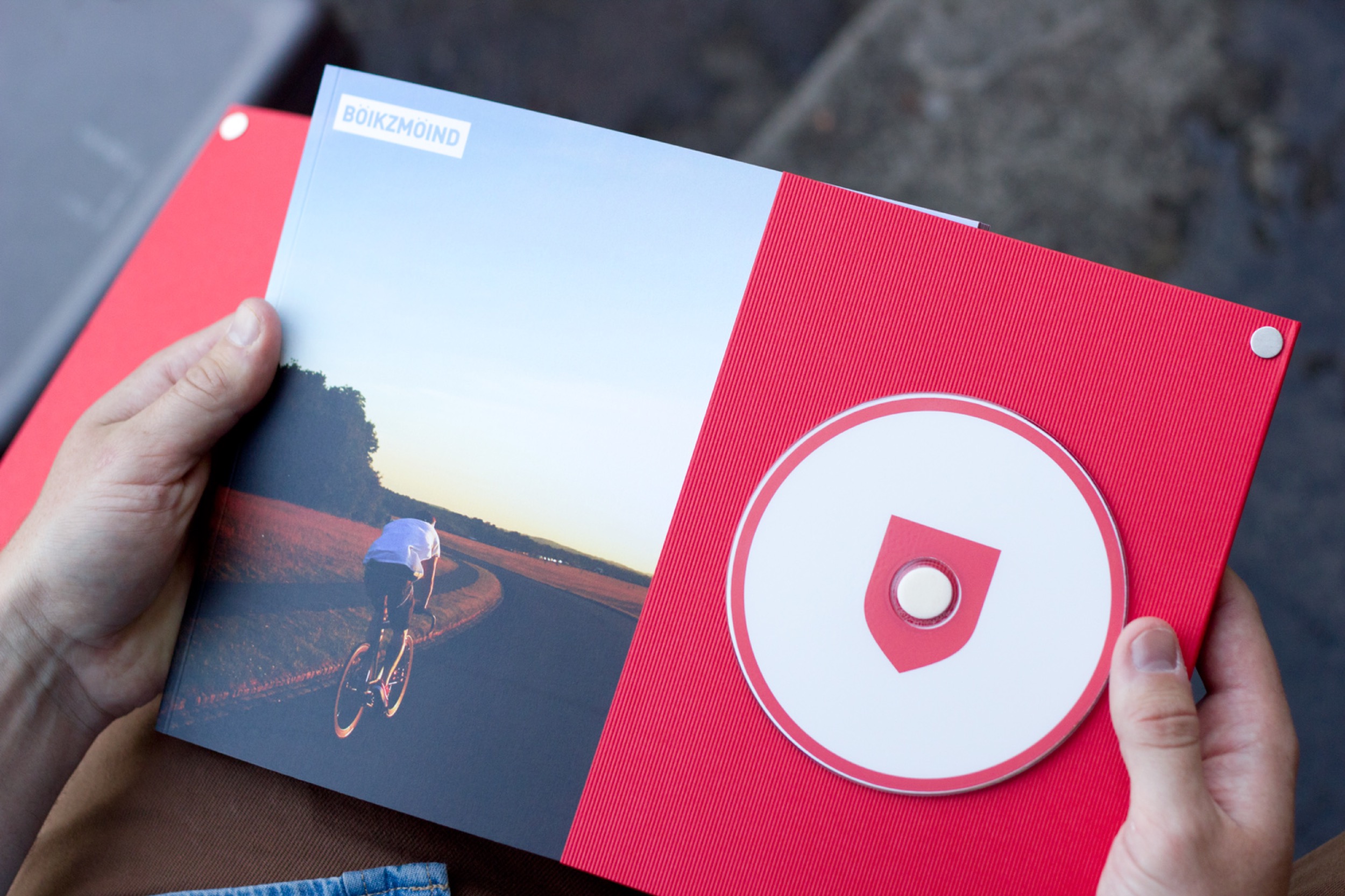 As we’re getting ready to leave Aardman’s hallowed halls, Gavin demonstrates his latest side project, an immersive virtual reality experience based on a ‘silly idea’, that he’s developing during hack nights with a game developer friend. Slipping on the headset, you see colourful patterns and shapes just bubbling up into your field of vision from below, but surrender to temptation, look down and the experience ends. “It’s totally stupid, for no reason,” he says, chuckling. “It’s probably the worst use of an expensive piece of technology and that’s why I want to do it: because it’s stupid and it’s funny.” 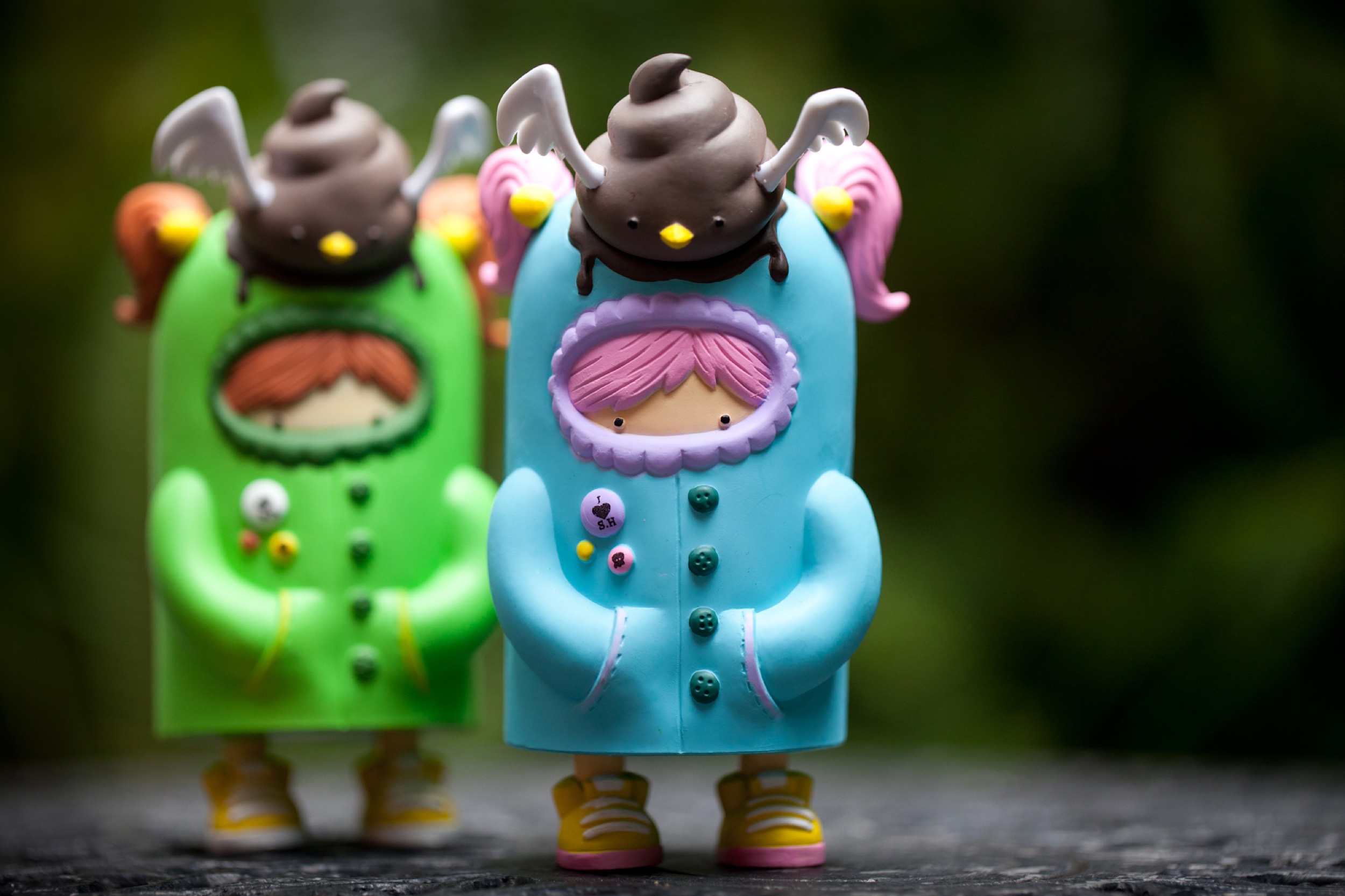 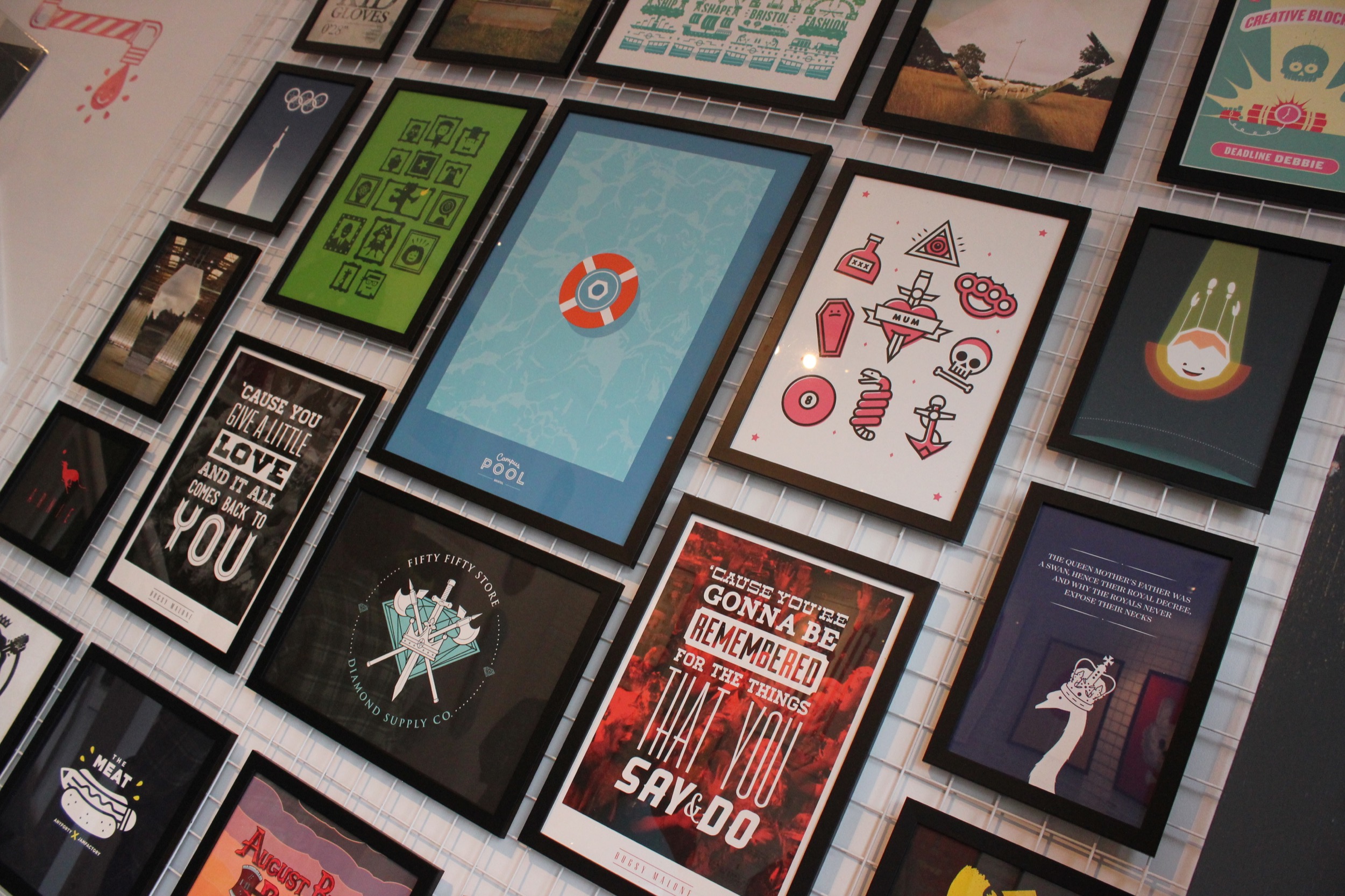 Gavin is a 34-year-old man who has managed to turn silly, creative projects into what he does 24/7. Whether that’s something to aspire to, I’ll leave for you to decide. But, in person, his enthusiasm for all things a little bit bonkers is infectious – and he’s successfully managed to distill that energy down in to the 129 pages of Do Fly. So, if he had his way, what are his hopes for anyone who reads the book and chooses to take his inspirational nuggets on board? 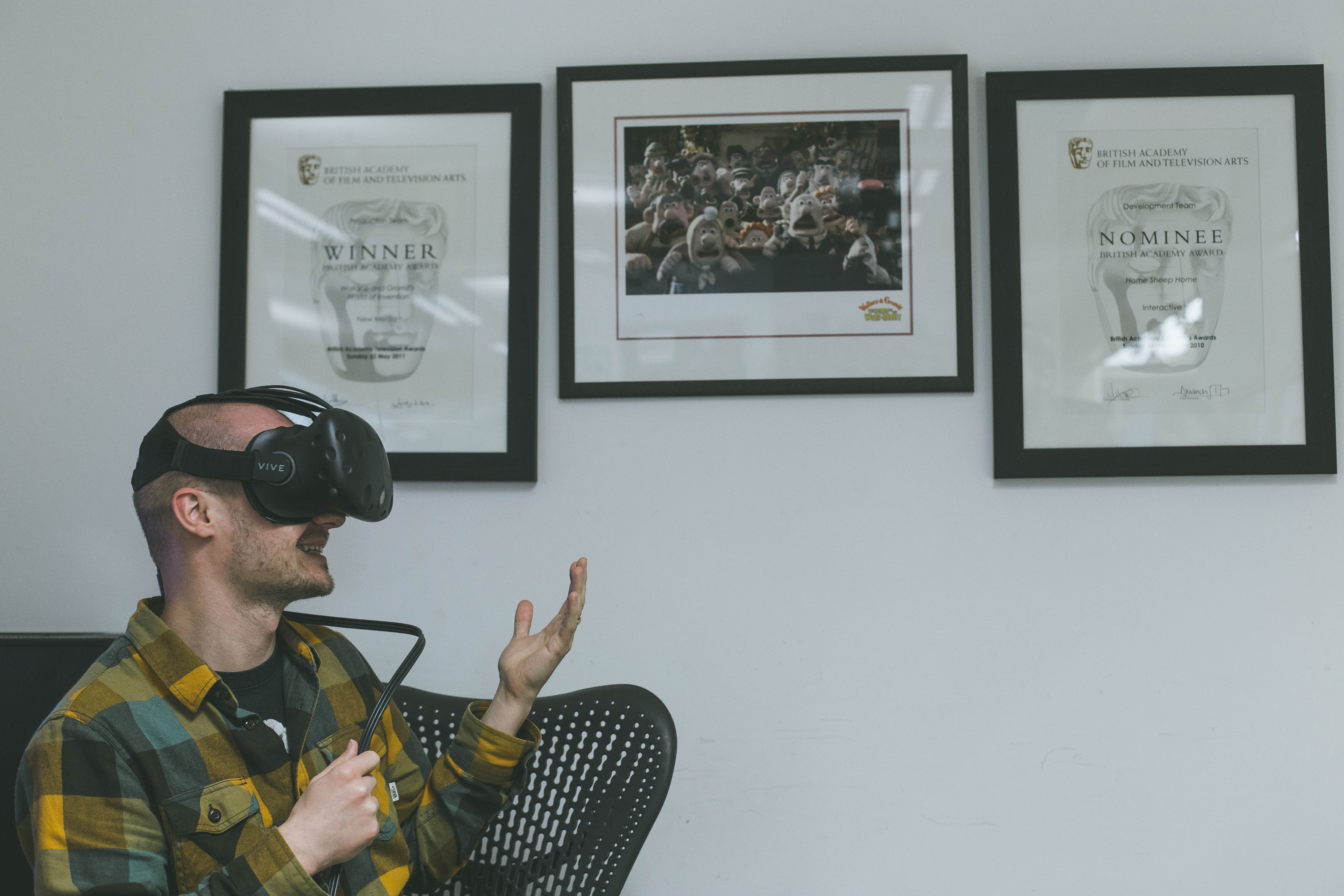 “What would be really lovely is to make people feel like ‘I can do that thing that I’ve put off forever, I can and I’m just going forwards and try it’,” he says. “I’ve got this big thing about legacy, I’m fascinated and inspired by all sorts of people who do wonderful things, like Spike Jonze, for example – people who enjoy making stuff that resonates with people, that really affects them. I just want to inspire people to leave their own bit of a legacy.”

Gavin Strange’s Do Fly is out now, published by The Do Book Company.

Linkedin
RELATED ARTICLES
OTHER ARTICLES
Since 2007, Gideon Mendel has made 20 trips to document floods in 13 countries. The result is an alarming record of what has already been lost to the climate emergency.
Photographer Becky Tyrell went down to the fading banger and stock raceway to meet a community desperate to keep it alive.
Filmmaker Laura Poitras discusses her new documentary which traces the remarkable life of the artist-activist and the impact of her battle against the US opioid crisis.
Theo McInnes’s photos of the annual event provide an intriguing snapshot of contemporary Britain.
A new film from Berghaus traces the story of Adam Raja, who left behind a turbulent upbringing to discover the healing power of climbing.
A new law change is enabling Britain’s donor-conceived children to know the truth about their origins – but campaigners say the fertility industry must do more to protect people.