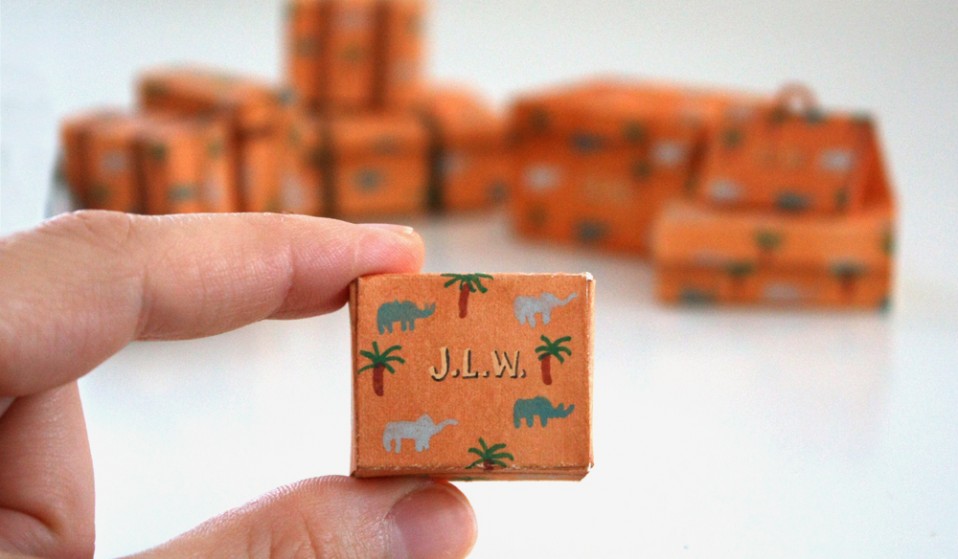 Spanish artist Mar Cerdà shares what inspires her beyond the weird world of Wes, including paper theatres and French comic Jacques Tati.

Spanish artist Mar Cerdà shares what inspires her beyond the weird world of Wes, including paper theatres and French comic Jacques Tati.

In photographs, Spanish artist Mar Cerdà’s dioramas are hard to distinguish from the iconic film scenes they recreate. But in real life, her miniature creations could fit into the palm of your hand.

Despite their microscopic proportions, the construction process can be long and arduous. Her train carriage from Wes Anderson’s The Darjeeling Limited took two to three weeks, and everything from the patterned wallpaper to the custom Louis Vuitton suitcases was created with just paper and watercolour paint. 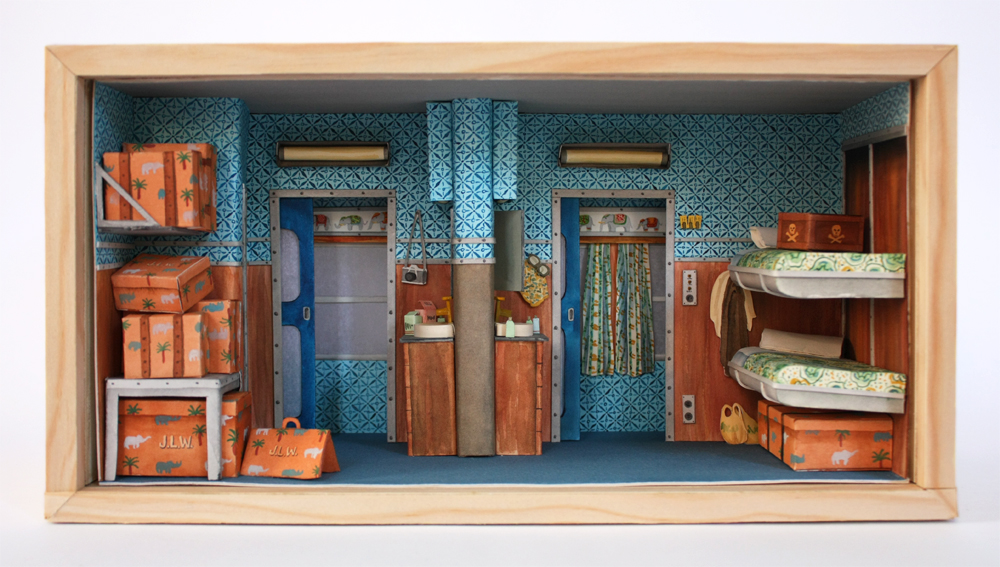 “I work mostly in paper because the possibilities with this material are endless,” Mar explains. “It’s easy to work with and you don’t need complicated tools.” 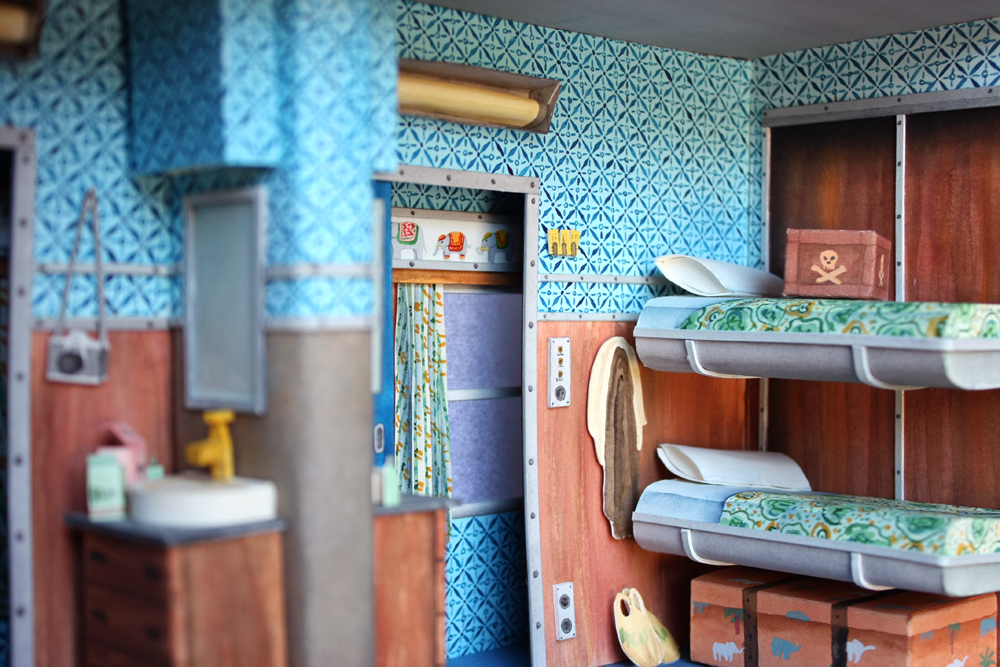 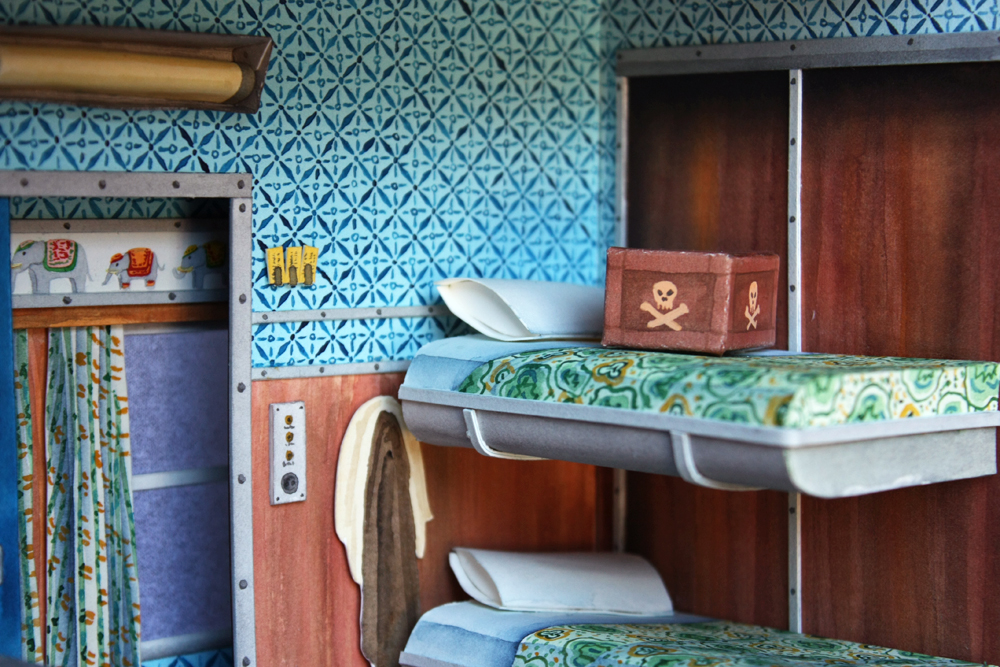 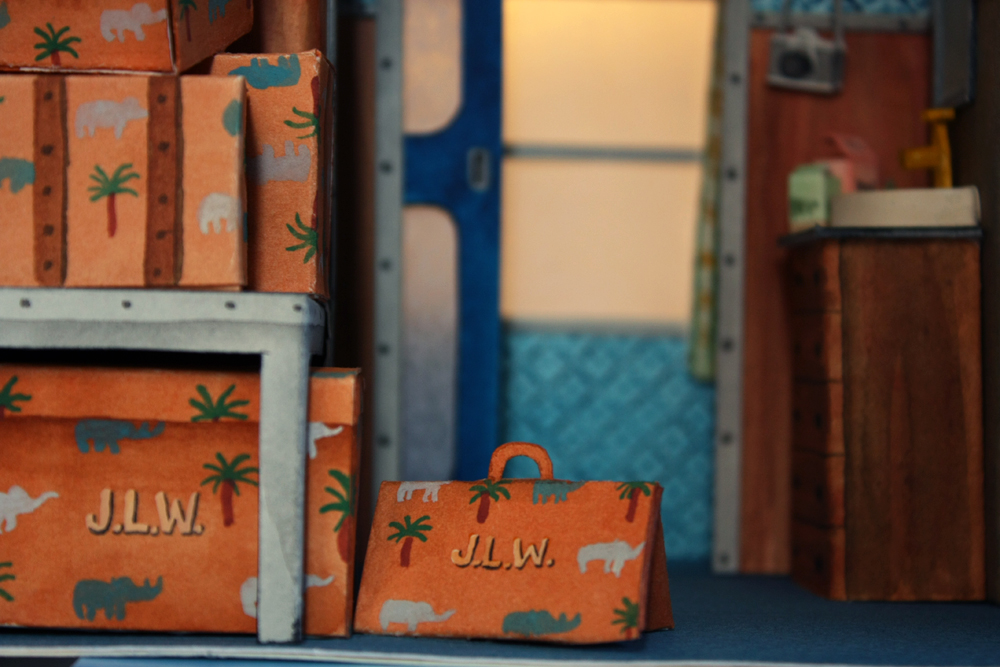 Based in Barcelona, Mar illustrates children’s books for publishing houses in Spain but her diorama pieces are just for fun. “I started my studies in cinema and audiovisuals (specialising in art direction) and this had a great influence on the way I started illustrating,” she explains. “Suddenly 2D wasn’t enough for my creations. I hope I can find the time to do more films scenes because I have a big wish list of films I would like to recreate someday.” 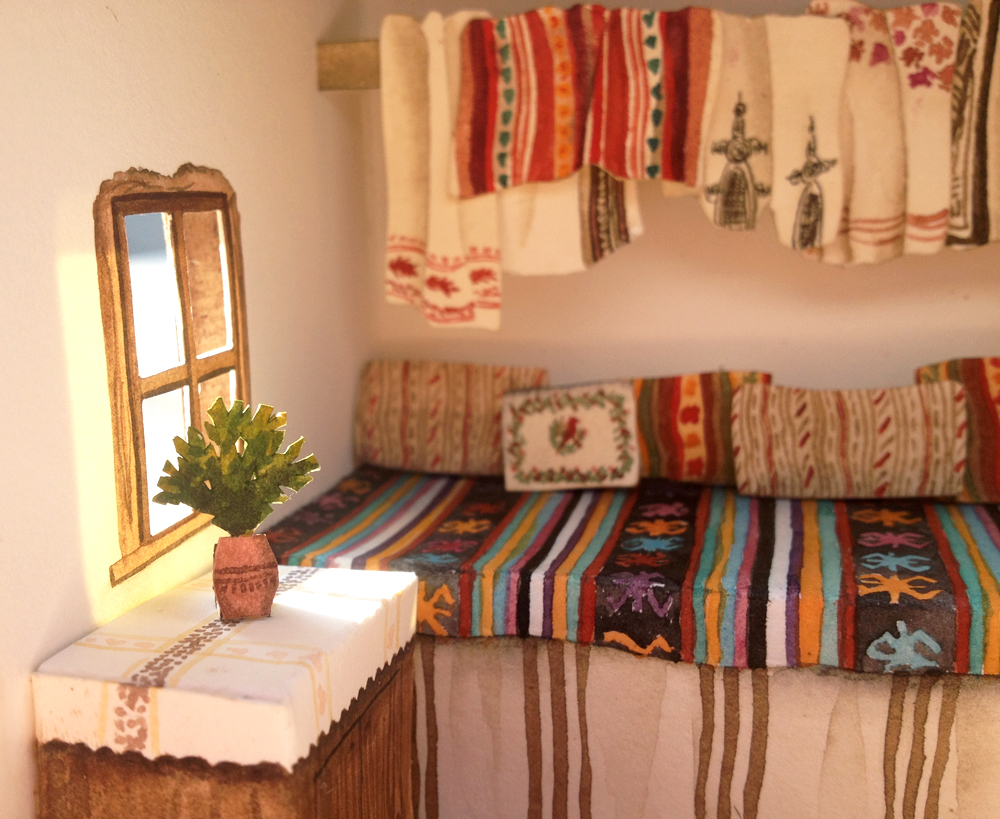 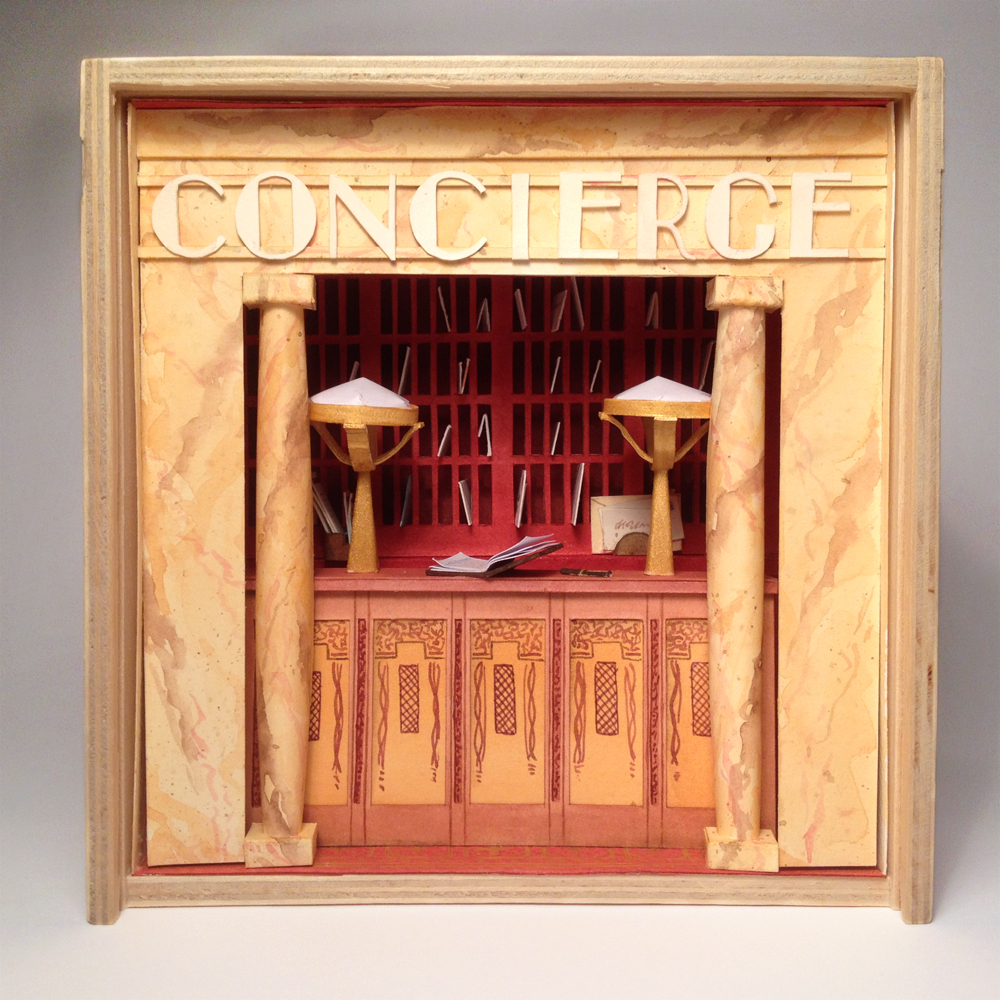 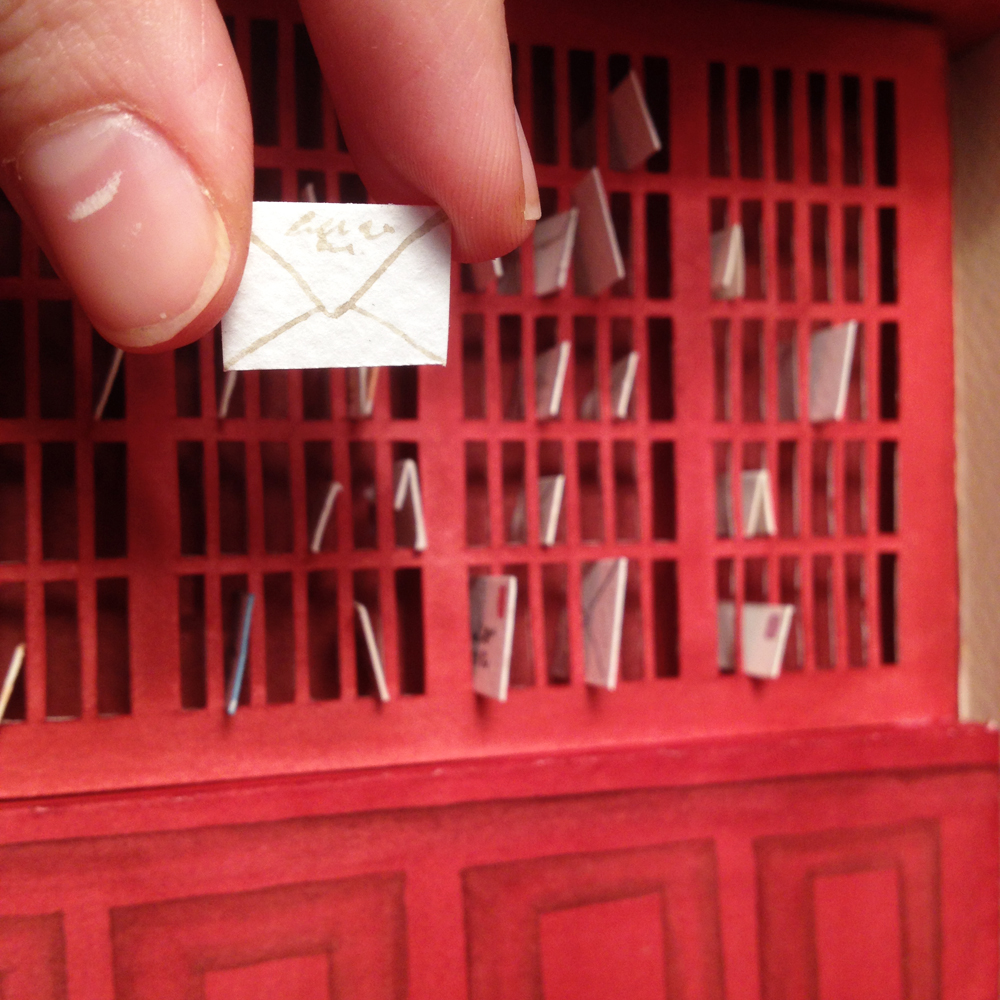 With his famously perfectionist approach to design, naturally Wes Anderson was Mar’s first choice. “The sense of theatre and the use of frontal view are some of the most present characteristics in my illustrations,” she explains. “That’s why Wes Anderson’s films fit very well with my way of illustrating, with his symmetrical and frontal view compositions. I’m a big fan of his films, I love his personal point of view, his strong identity that comes through everything he does and his ability to create a bunch of iconic characters or locations in each film, which endure through time.”

I haven’t made any pieces that reference his work, but Jacques Tati’s films are top of my wish list to recreate. Tati has been one of my favourite directors since I was a child. I love his way of looking the world: critical but with a curiosity more similar to a child’s point of view. 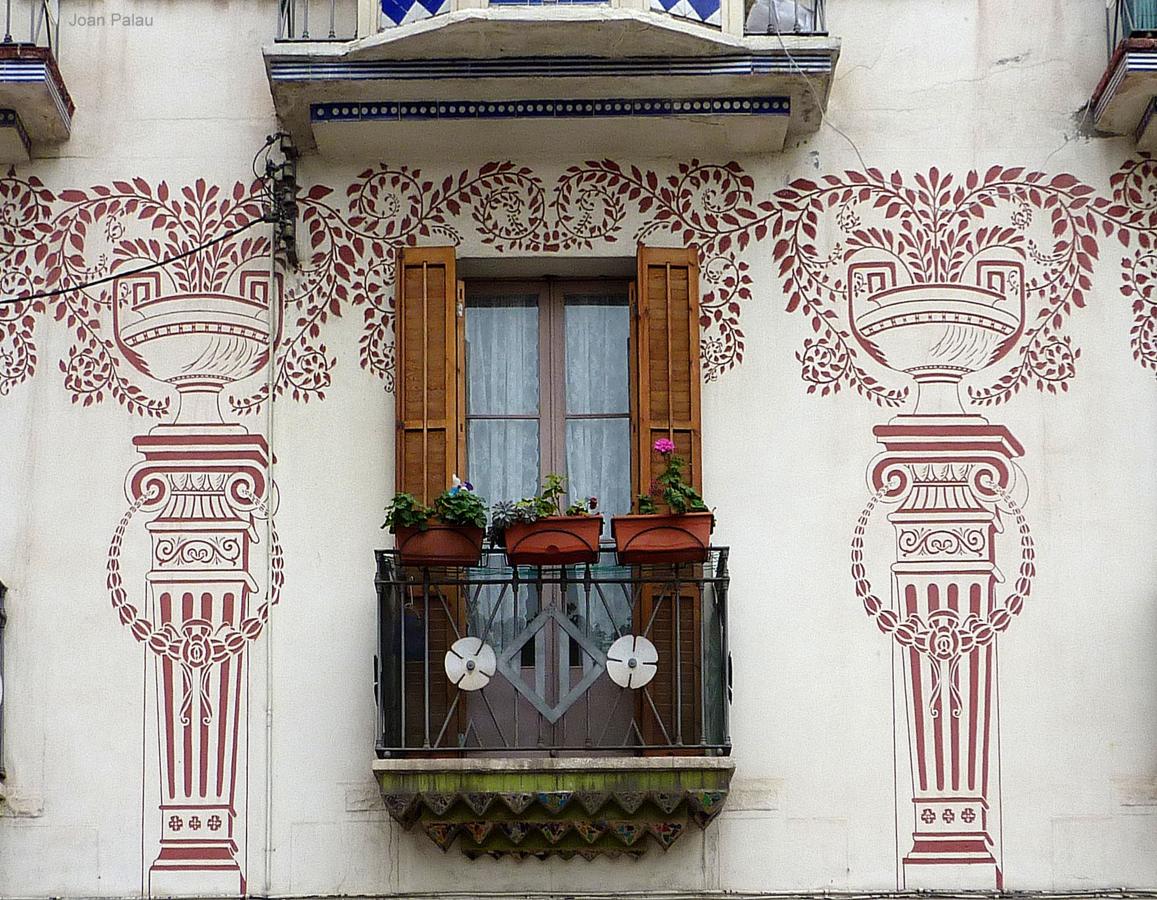 I love my city and everything in it inspires me. I like to walk everywhere and in all my walks I always observe the details of the buildings. I’m also influenced by each of the cities I’ve visited. Traveling is a great inspiration! I like to see the architecture, but not just the buildings – their unique details, like doors and windows, are what make buildings more human. I like to think that all the distinctive architecture, shapes, colours and details of a city describe the people who live within it.

They have everything I like: illustrations, miniature, paper, frontal point of view, sets and costumes, old architecture and interiors. I went to a paper theatre exhibition 15 years ago and the images I saw there are still popping up in my head! 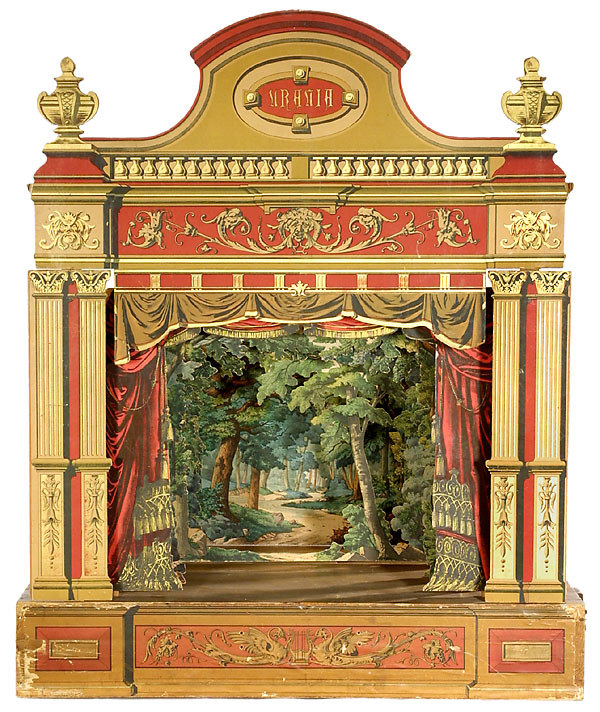 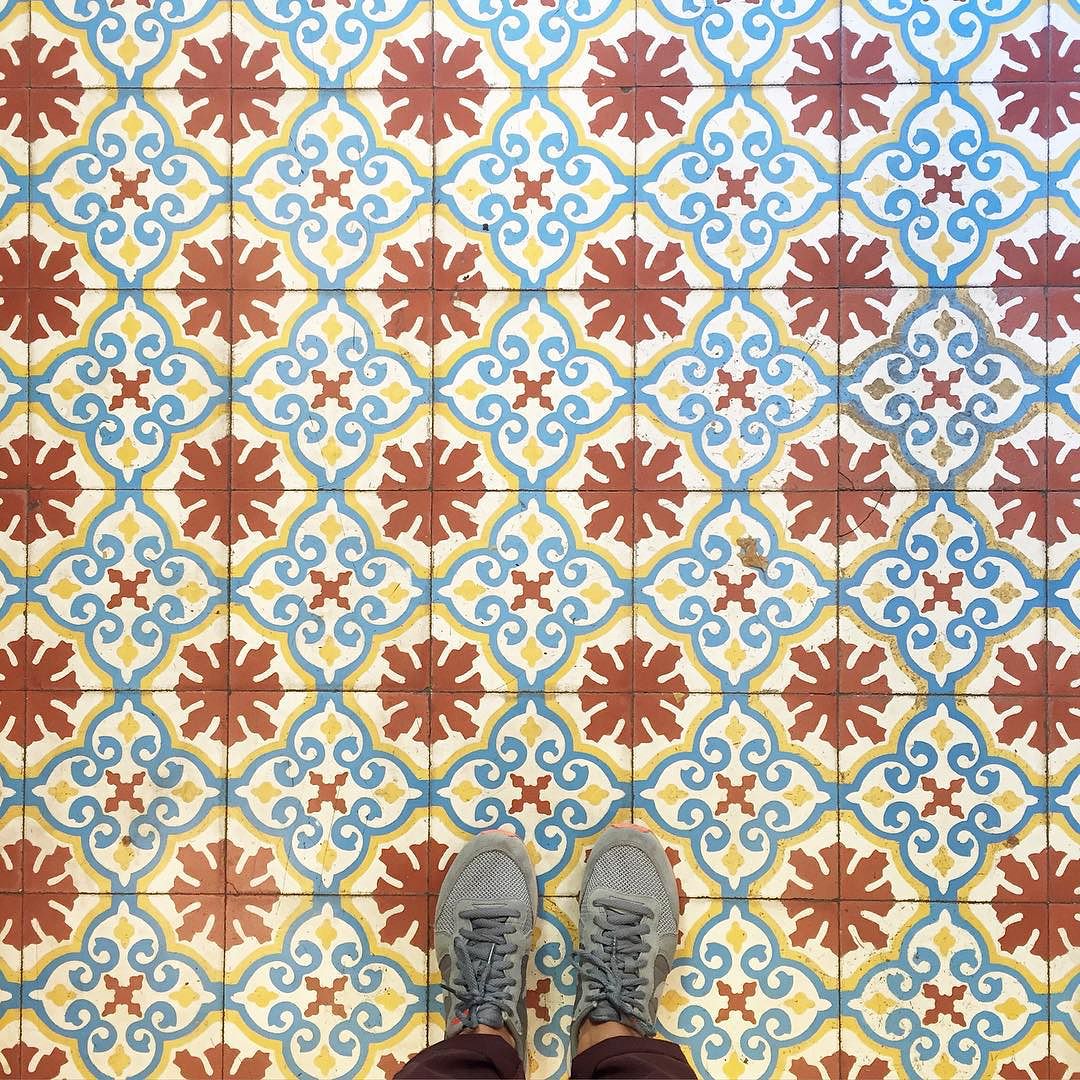 I have a tile addiction! Whenever it’s possible, I include them in my creations and I search a lot of examples until I find the ones that fits best for the piece. Here in Barcelona, tiles were very popular at the end of the 19th century and nowadays a lot of houses still have them. 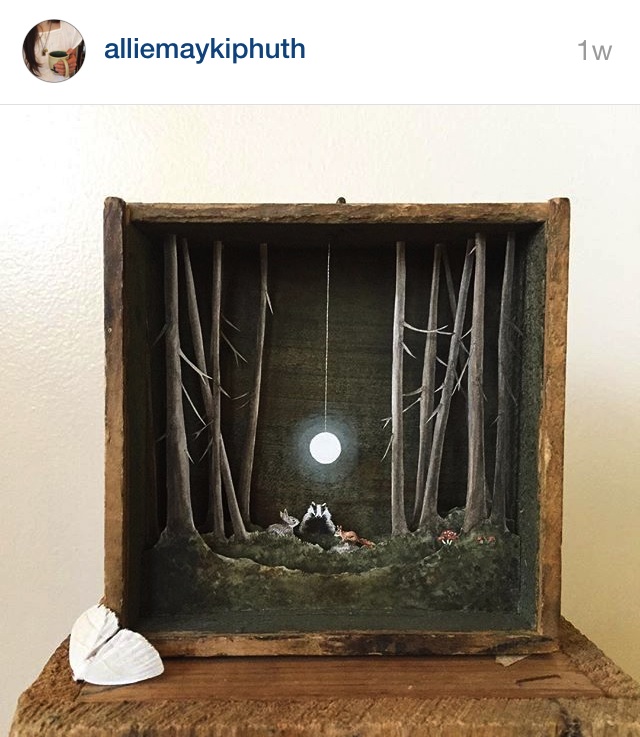 Social media is such a great inspiration and I follow and discover a lot of paper artists and galleries. I love to interact with people, to be so close to people who follow me, through all their comments. I like to being able to share my creative process because it’s one of the things I love most about my work. Some of my favourite paper artists’ accounts include: Ollanski, Helen Musselwhite, Hattie Newman and Allison May Kiphuth.

Linkedin
RELATED ARTICLES
OTHER ARTICLES
The author discusses her blistering new novel about history, revolution and queer love.
Members of the collective share some of their reasons to run as part of #UnitedBySummits, a campaign that looks to uncover transformative power of the outdoors.
Photographer Phyllis Christopher recalls capturing sex and protest at a time when the city had become a haven for the queer community.
The situation in Afghanistan remains dire, with many groups facing persecution at the hands of the Taliban.
Shifting the focus from the cost of living crisis to tackling obesity while many starve or freeze is farcical and pointless, writes Fatzine founder Gina Tonic.
A group of Ukrainians living in Poland are helping Ukraine withstand Russia’s brutal invasion by buying supplies and shipping them directly to the war’s frontlines.