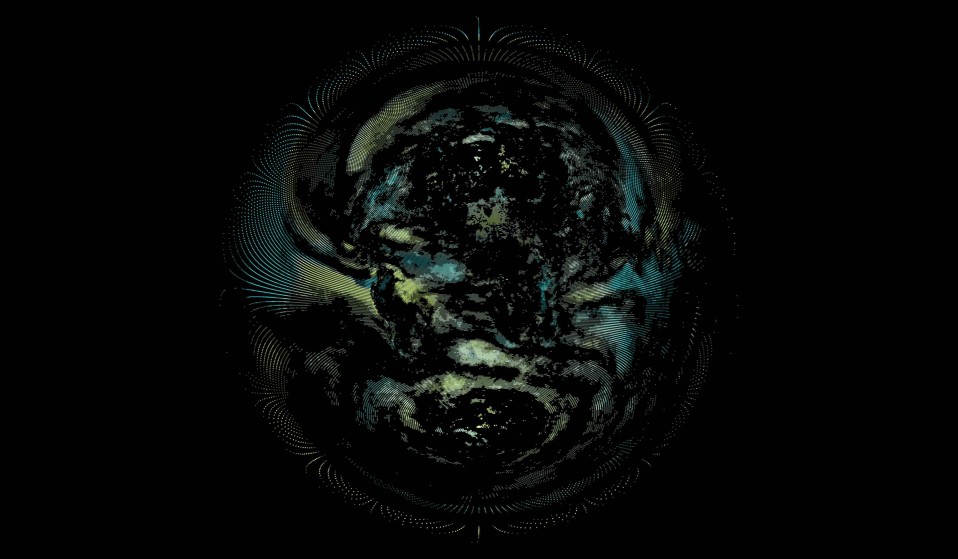 Moritz Stefaner’s Project Ukko turns climate and wind data into an immersive art installation that allows viewers to explore the future of the planet.

Moritz Stefaner’s Project Ukko turns climate and wind data into an immersive art installation that allows viewers to explore the future of the planet.

“There’s no single truth about the future,” artist Moritz Stefaner explains. “We can’t just say that’s the way it’s going to be. All of these predictions, it’s a lot of data to digest. So, as a human, you need to have the opportunity to immerse yourself in that data material and draw your own conclusions.”

Moritz Stefaner is the data visualisation artist behind Project Ukko, which models seasonal wind prediction data into an immersive installation that allows viewers to gaze into the future of the planet’s weather. Bringing cutting edge research to life through a marriage with art and design, Project Ukko is an ambitious collaboration between Manchester’s FutureEverything festival and the Barcelona Supercomputing Centre project. Moritz believes that getting to grips with data is one way to overcome the greatest challenges that face us; through visualising future problems and imagining solutions.

“Climate change seems very remote and very abstract,” Moritz explains. “Somehow we need to give these vague predictions about the future some sort of central reality in order to be experiential.”

The wind prediction data produced by the Barcelona Supercomputing Centre has huge implications for climate change. Being able to predict future wind patterns allows wind farms to be managed and new ones to be constructed to take greatest advantage of potential wind power. Comparing the predictions with historical data also allows us to see how the climate is changing rapidly before our eyes – influenced in large part by humans. 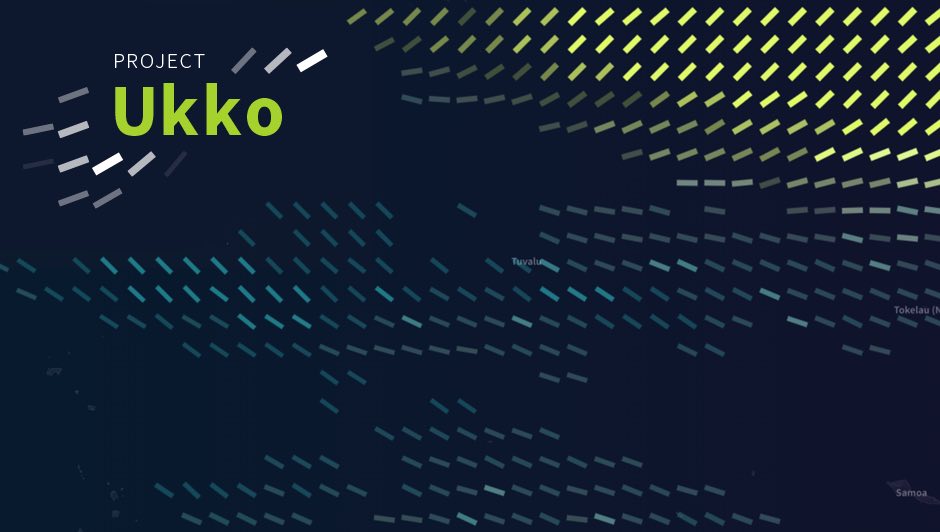 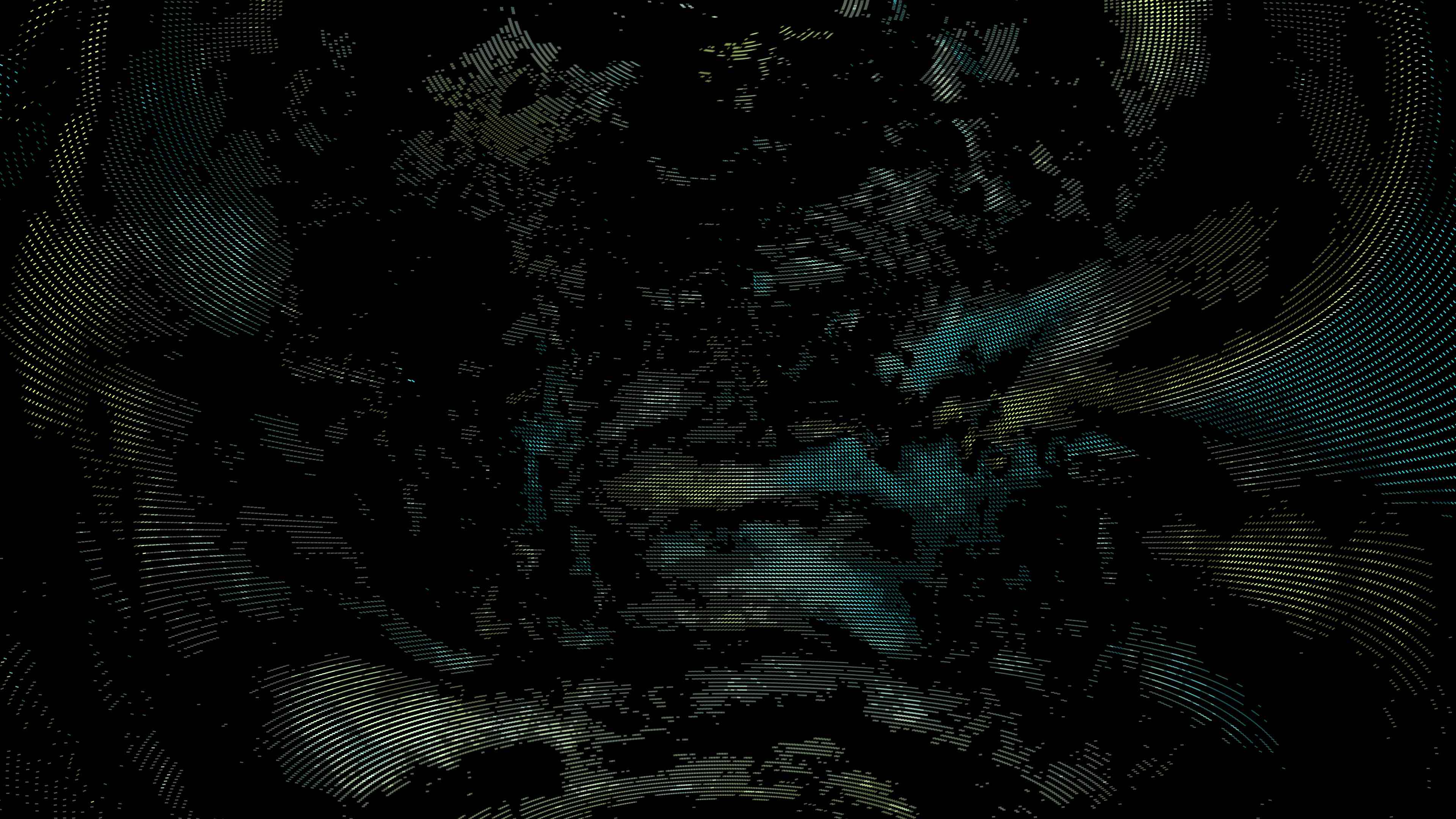 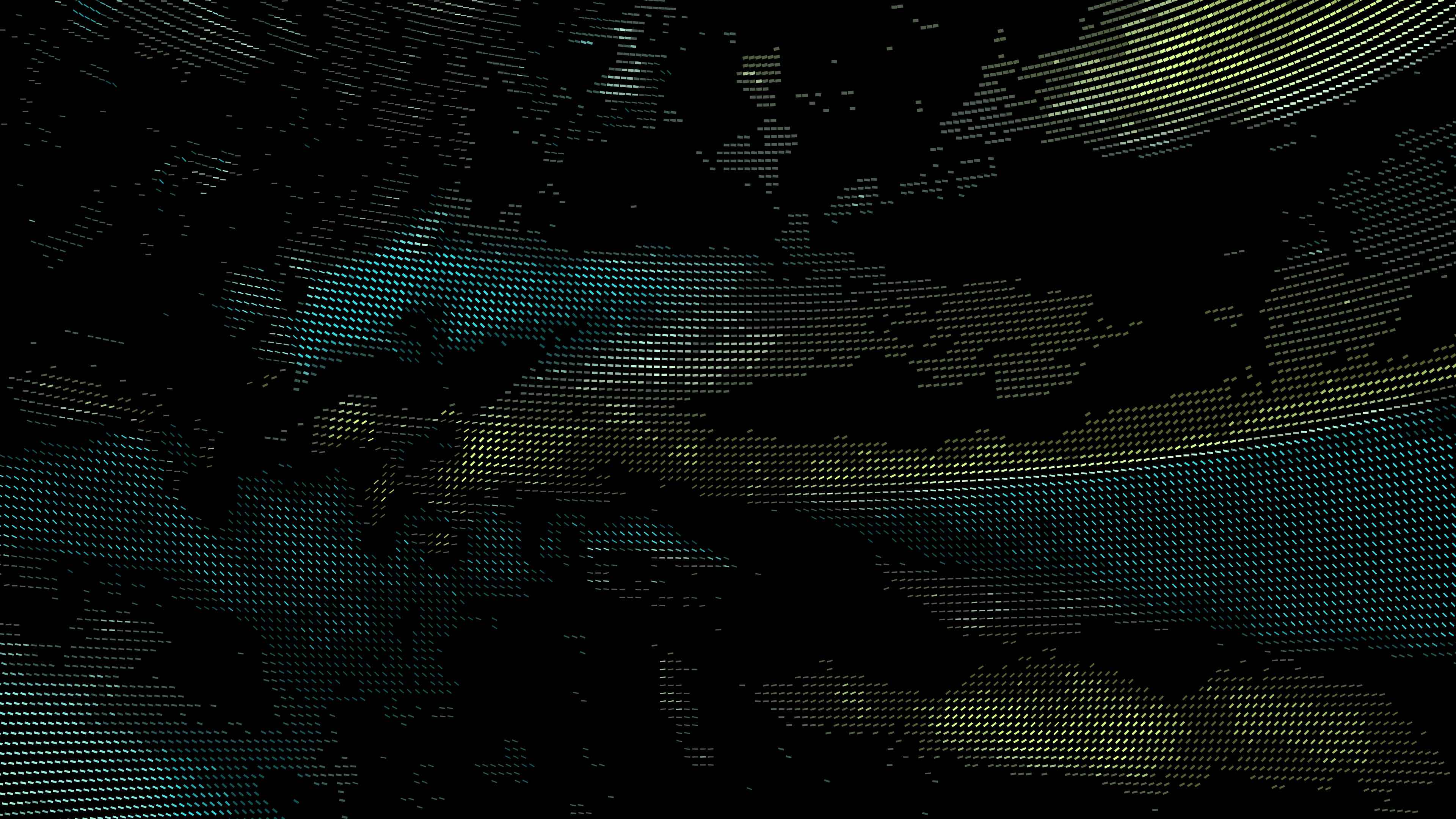 But of course, in its raw form that data is totally incomprehensible to the average person – which is where Moritz comes in. Through his striking visual presentation, the wealth of knowledge contained within the data becomes accessible to anyone. So how to go from ones and zeros, to the immersive experience Moritz has created? “It starts with exploring the data, just playing with what the raw number material can give me, in terms of patterns, which visuals it can afford or how the interesting structures in the data come out visually,” he explains.

Combining his design background and his interest in data, which began with his study of cognitive science, Moritz decodes data through his artistic process to make it accessible – and he hopes to inspire others to engage with data. “Through my work I like to get people to play with data,” Moritz explains. “Many people shy away from data because they think they’re not so good at maths, or they don’t know statistics. But if you a playful, direct and intriguing way to engage with it, people can deal with super complex issues. We have to move beyond just representing the numbers to transporting ideas about what the data means and what it stands for.” 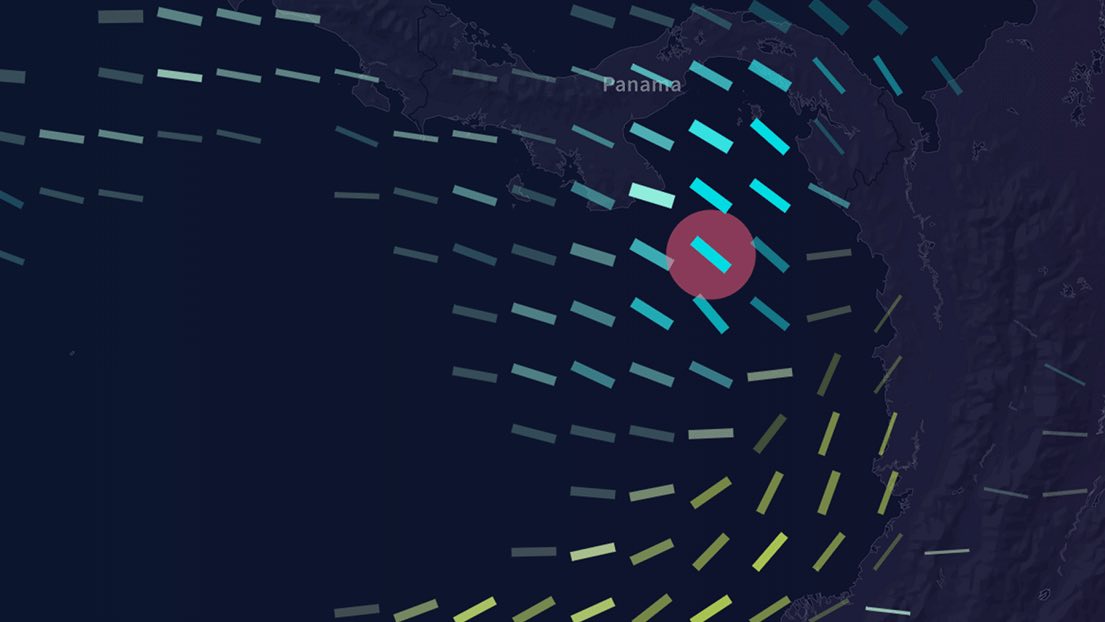 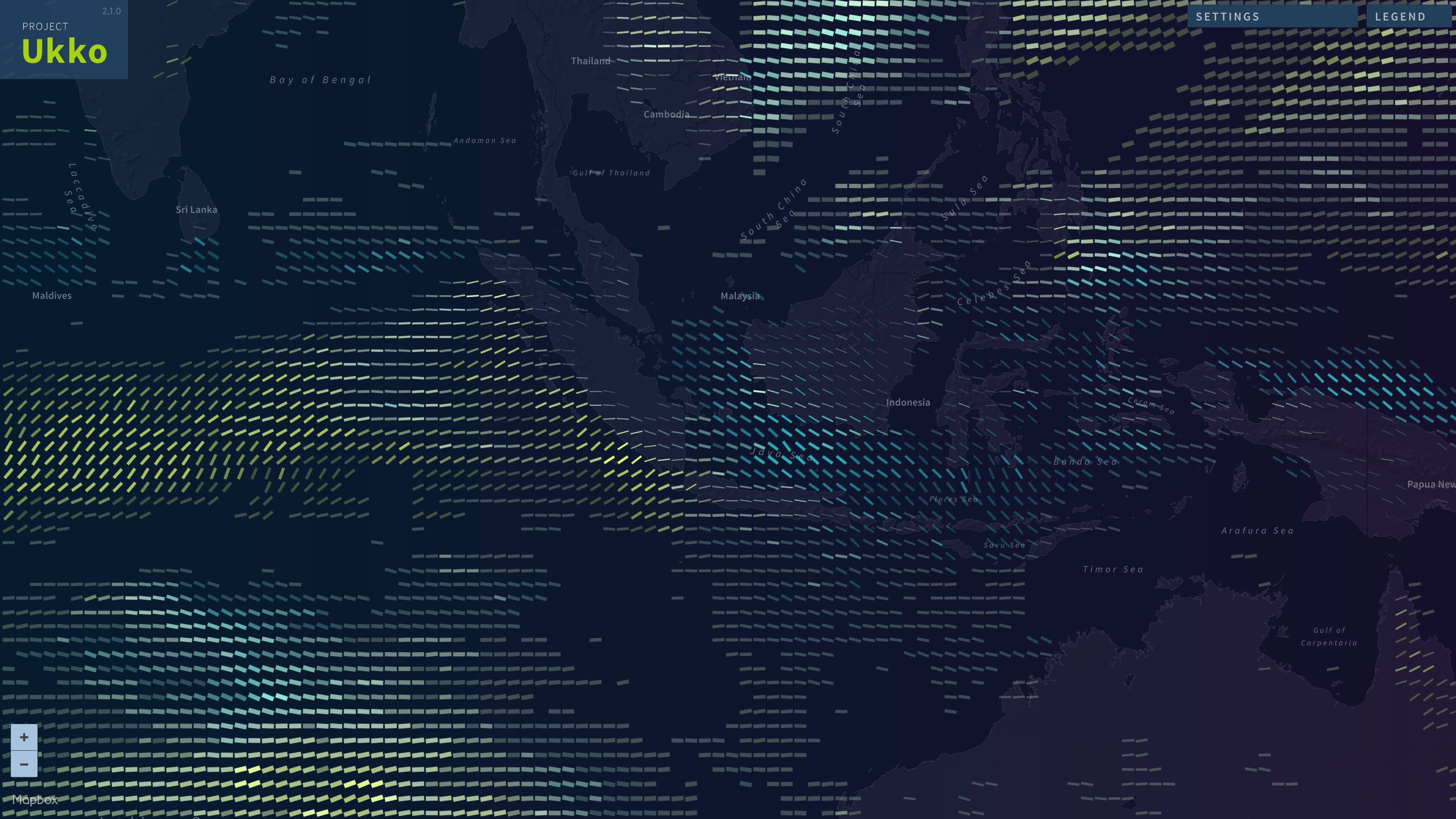 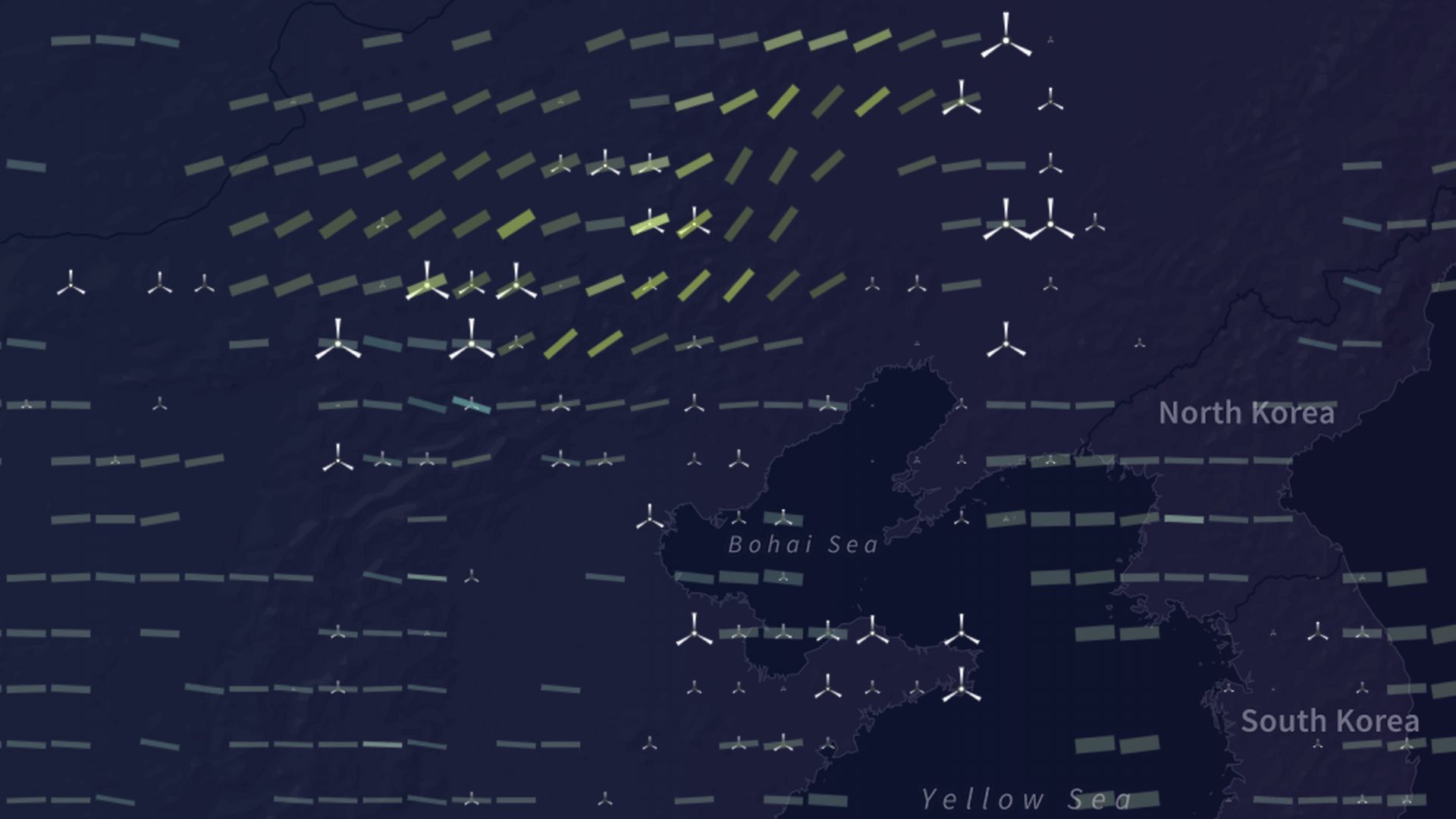 We live in the data age – whether we like it or not. Never has so much information been amassed about us and the world around us. If that information is used productively, it offers huge potential to overcome the biggest challenges we face as a society, from climate change to crime and infectious diseases. But as the Snowden revelations demonstrated, whether that data is always being put to use with our best interests at heart is another matter altogether. 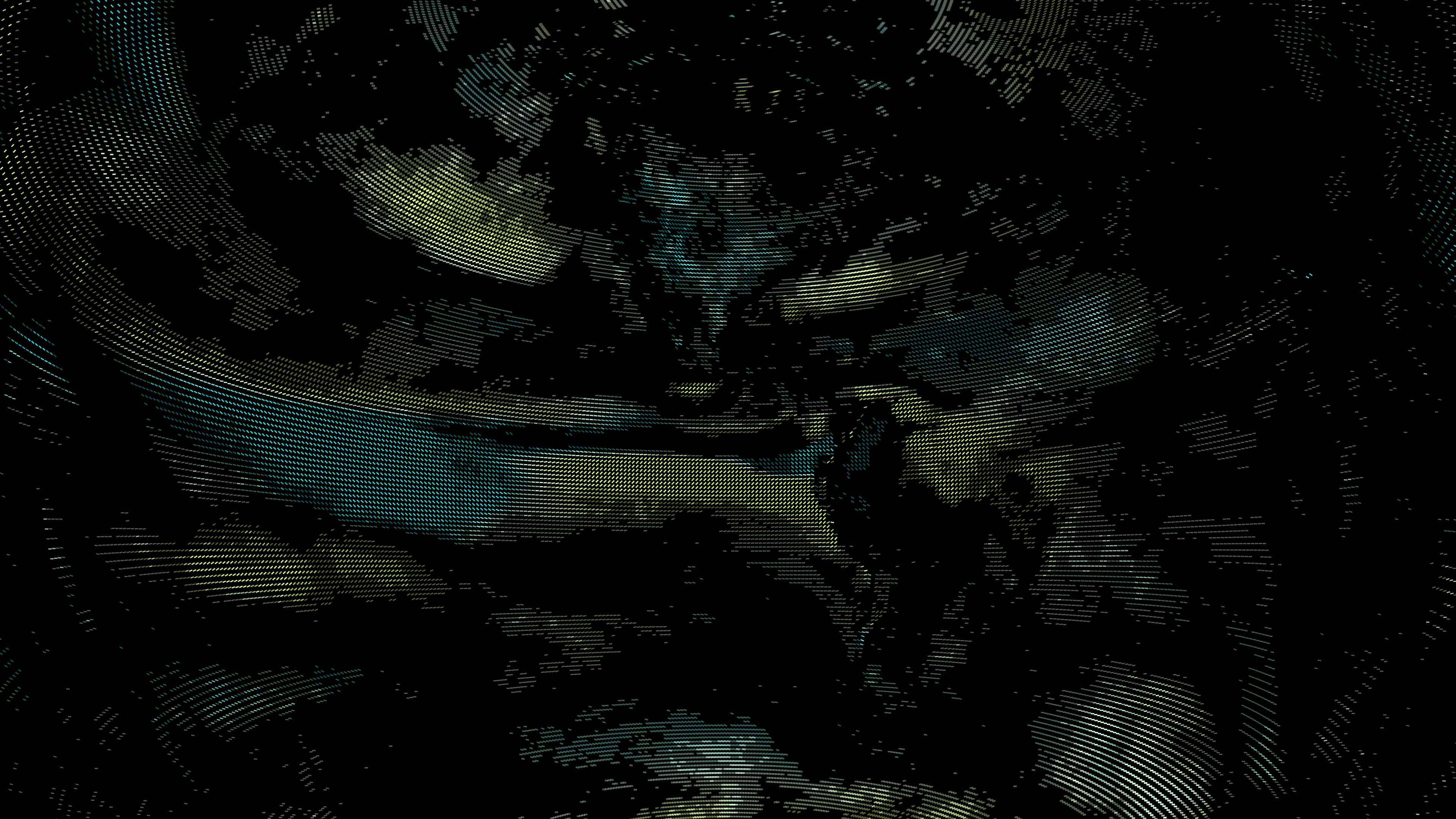 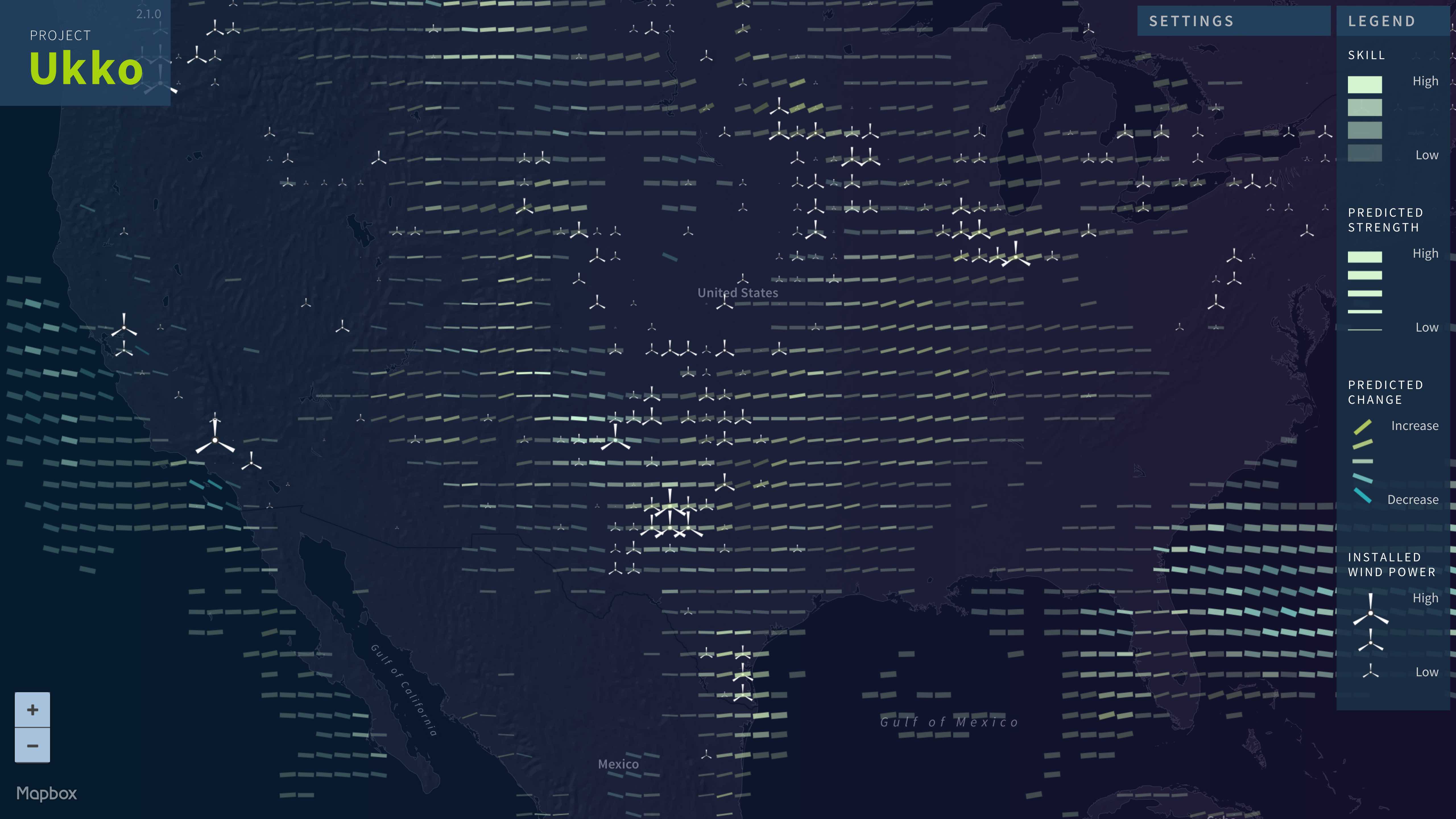 “It’s crucial that we learn how to deal with data ourselves,” Moritz explains, “be curious about data, be skeptical about data and learn how other parties, like governments and big companies, might work with our data. A lot of data is collected on us and, at the end of the day, it’s going to be important to understand how it works for everybody. The more we learn how to use data, the more we can question what’s going on or maybe propose alternative models.” 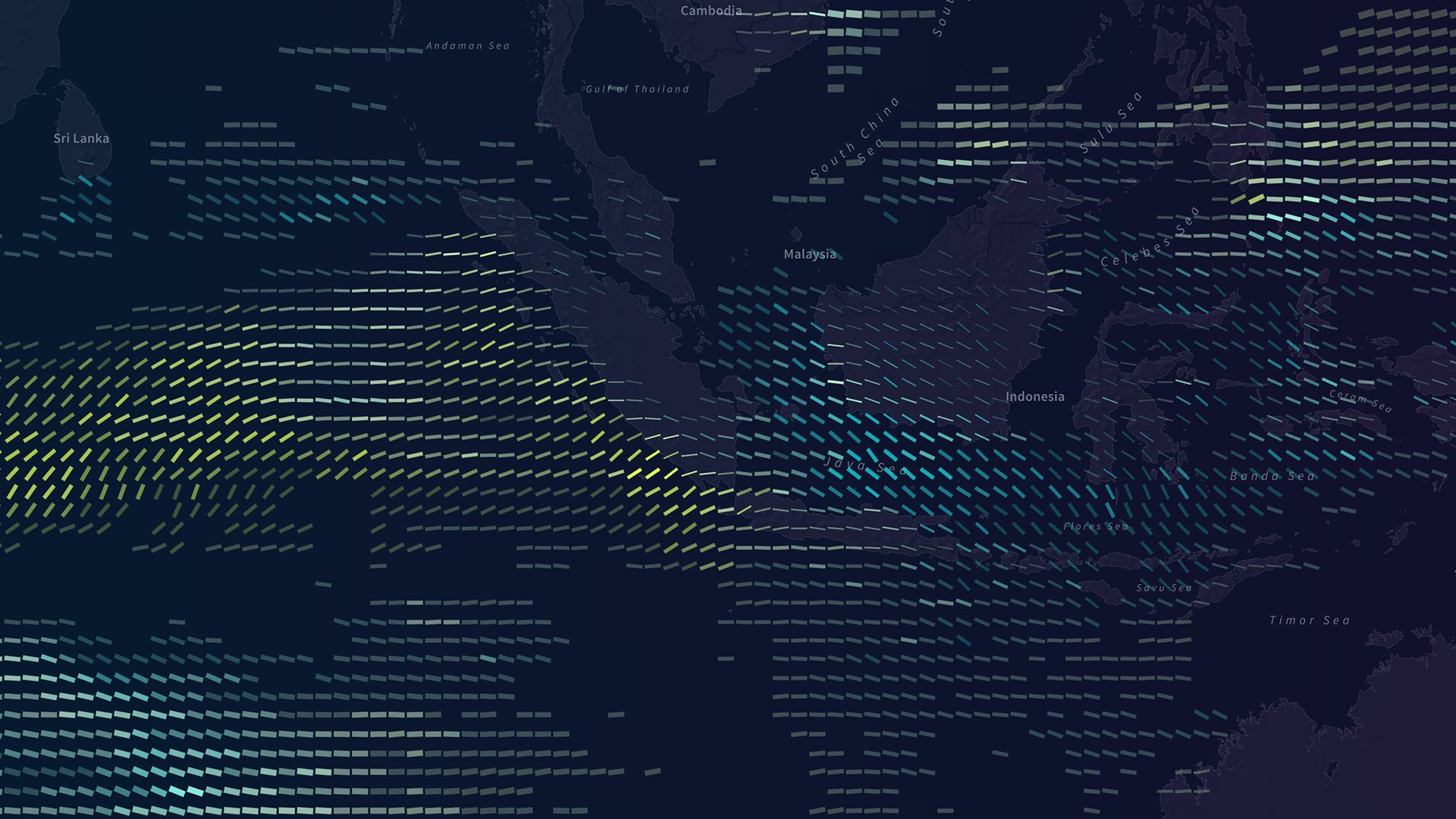 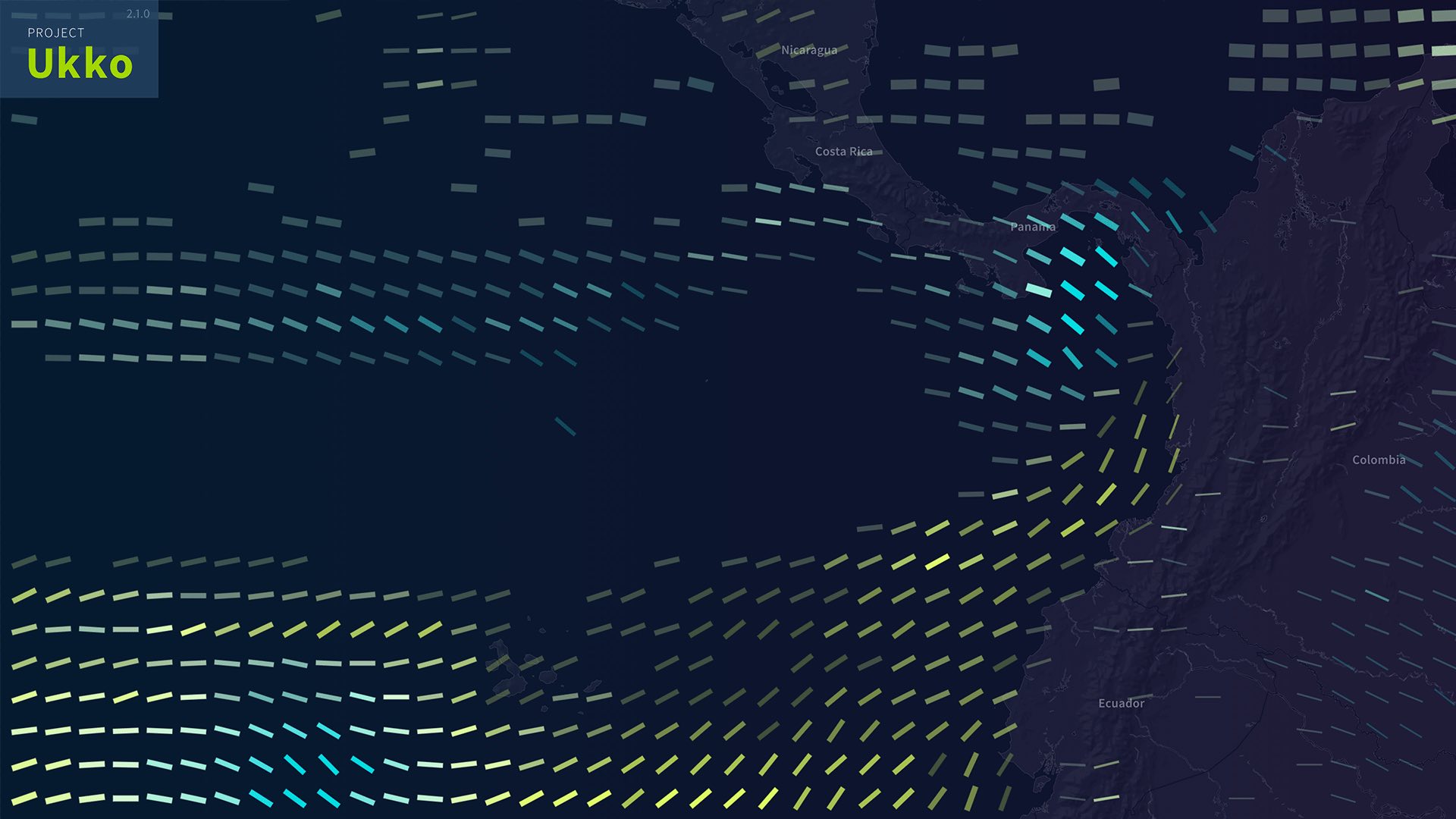 Moritz believes that free and open data can be a powerful force to empower bottom-up movements and allow us to take greater control over our lives. But it can also help us come to terms with our biggest challenge: the future. “We won’t solve our future problems by looking at spreadsheets,” Moritz explains. “Data visualisation is the only chance we have to deal with these complex problems that are not solvable with a simple ‘yes or no’ answer but that require some understanding, intuition and developing our ideas about the future.”

Project Ukko is a FutureEverything and Barcelona Supercomputing Centre project for EUPORIAS with visualisation design by Moritz Stefaner – it is presented as a part of European City of Science at the FutureEverything festival, Wednesday 30th March – Saturday 2nd April.

EUPORIAS is a project funded by the EU 7th Framework Programme (GA 308291) and led by the Met Office.

Linkedin
OTHER ARTICLES
Photojournalist Fiora Garenzi spoke with people still living in Eastern Ukraine, an area which seen some of the heaviest fighting since the war began.
As the Criminal Bar Association enters its fifth week of action, criminal barrister Russel Fraser explains why the legal professionals have walked out and how action is likely to escalate.
Protestors gathered outside Downing Street following the latest atrocities committed by Israel against Palestinians living in the besieged strip.
Students are being left to languish in unsafe housing, in some cases leading to serious health complications.
From the chip shops, to the bingo parlors and burlesque dancers, photographer Mike Coles remembers capturing scenes of holidaymakers by the English coast.
A series of photos by the late Jerry Dantzic taken in 1957 show a tender side to the iconic Jazz musician.