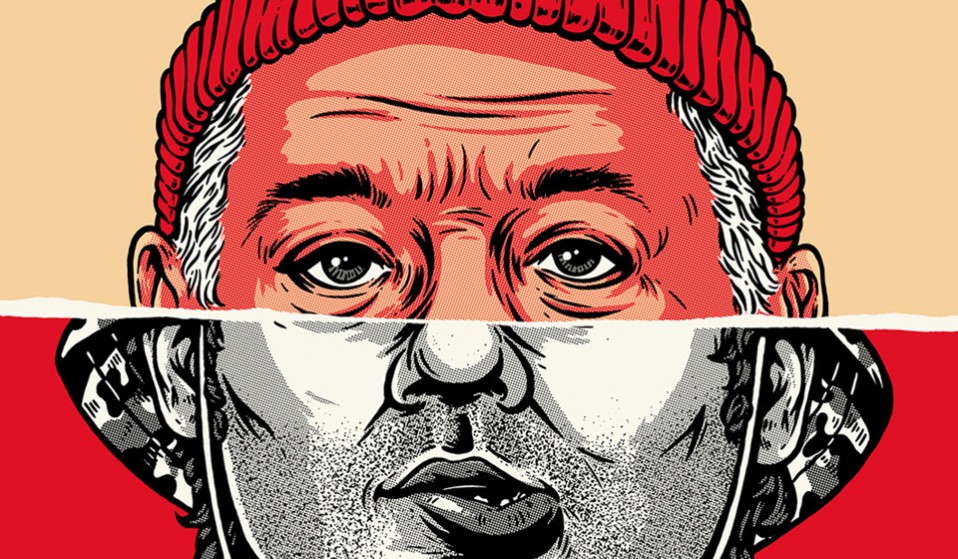 Where do you learn to be a hero in 2016? Who’s out there, teaching us why we should never, ever give up? For all but those lucky enough to live in the company of superheroes, in today’s weary and cynical world, our incorruptible role models exist only on screen: movie stars.

Little White Lies Artistic Director Timba Smits’ Role Models show at Melbourne’s Lamington Drive gallery, 18 May — 11 June, pays tribute to the stars who’ve been a guiding light throughout his life. The show asks the question, ‘Where would be without them to point the way?’ and makes the audacious claim that all we need to guide us through life are movies: an alternative personal-development guide, if you like.

“Much like other human beings, Timba grew up surrounded by movies,”Little White Lies’ editor David Jenkins writes in the show’s intro. “His earliest memories involve bingeing on the cinema of Arnold Schwarzenegger, an obsession which led him to create his own remixed versions of Chuck Norris action spectaculars, with the help of his similarly entranced brothers.”

But Timba has faced more than his fair share of adversity, such as being stabbed on a London bus after stepping in to protect a female passenger from a group of thugs. During his long and challenging period of recovery, movies were there to see him through.

“I went though a lot of shit personally and I didn’t buy any self-help books, I went to film,” Timba explains. “I think I have a closer relationship with film now because of how much it helped me through some really serious shit in life.” 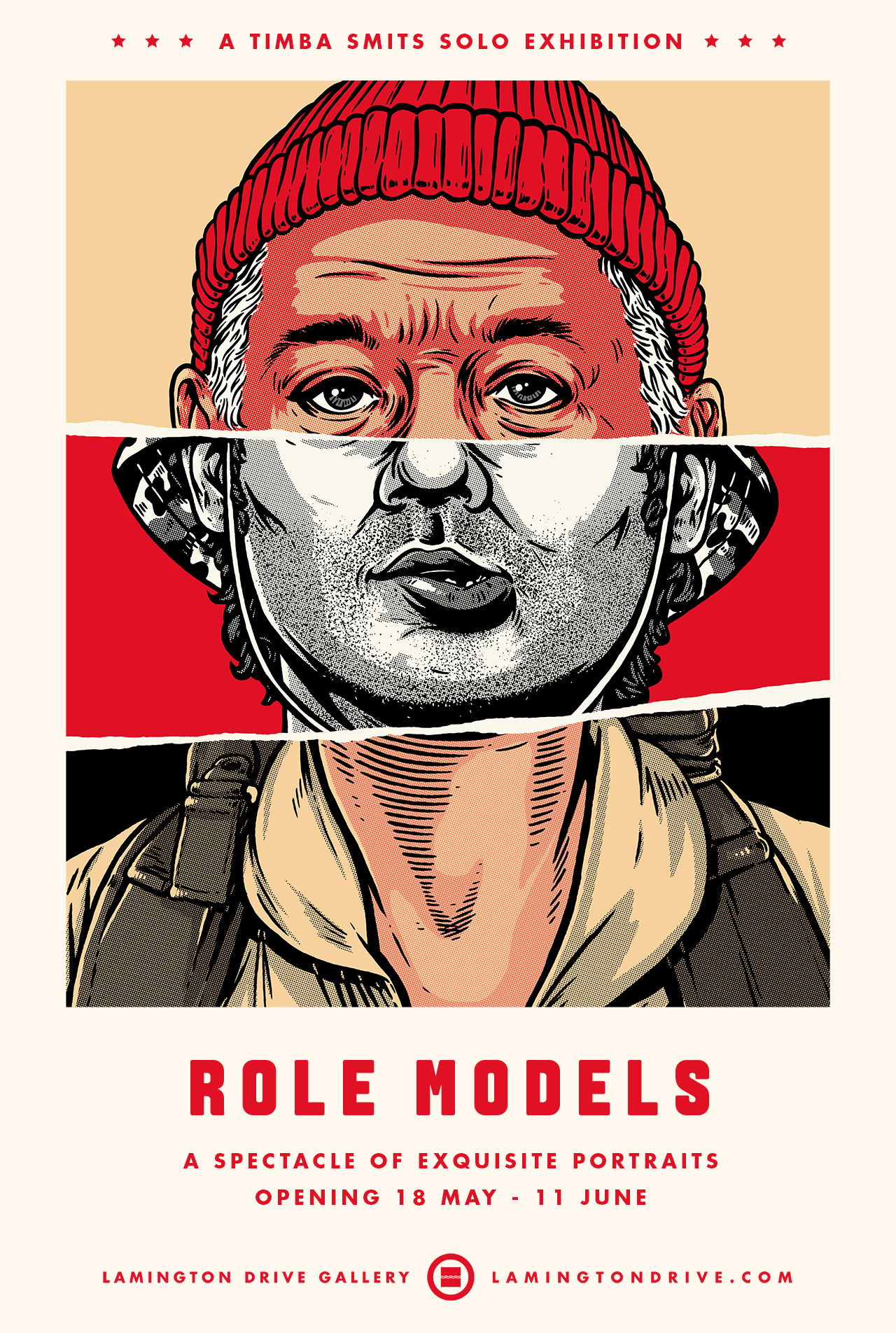 Movies, and the life lessons they provide, have been there to help him through tons of other challenges big and small. Their stars have set the moral compass, taught how to be good towards others or show what working hard really means.

So much so, that Timba often wonders how different a world without movies would be. How different would we be, as people? “Ah… just a shell!” he says. “I always try and answer that question and I just don’t know. What would any of us be? We’d just be flat? It’s natural that these characters are going to have a rub-off effect on us. We would literally be a fresh canvas.”

Do movies contain the answers to all of life’s questions? Are movie stars all we need to guide us through? Timba thinks so, and to prove it, he’s assembled his own alternative life lessons: a movie-inspired self development plan, in five parts.

1. How to be silly – courtesy of Bill Murray

“When you watch Bill Murray you wish you could just be that loose and natural around people,” Timba explains. “He’s got this charm about him, not a sleazy charm, but a super duper awesome, ‘I wanna be your friend’ charm. He can teach you how to be silly. Life without Bill Murray would be a life without a lot of laughs – and a life without adventure.”

2. How to be a tough guy with a sensitive side – courtesy of Arnold Schwarzenegger

“He taught me how to smash logs man,” Timba explains. “Literally, just pick up logs on my shoulders, carry them around: be an all-around tough guy. But with a mean sensitive side. He also taught me the art of many different forms of camouflage, how to get outdoors and how to pretend to be a badass – to be stronger and tougher than I really am.”

3. How to get back on the horse – courtesy of Uma Thurman

“For me, Kill Bill is a film about how after you’ve been beaten down to the lowest point possible, you can get back on your feet and overcome obstacles in life,” Timba explains. “Take away all the psychotic gore and it’s a film about getting back on the horse after you’ve been kicked off it. The Bride is such a strong, powerful character. Without film roles like that, there wouldn’t be that inspiration to get back up and give it another go.”

4. How to connect – courtesy of Tom Hanks 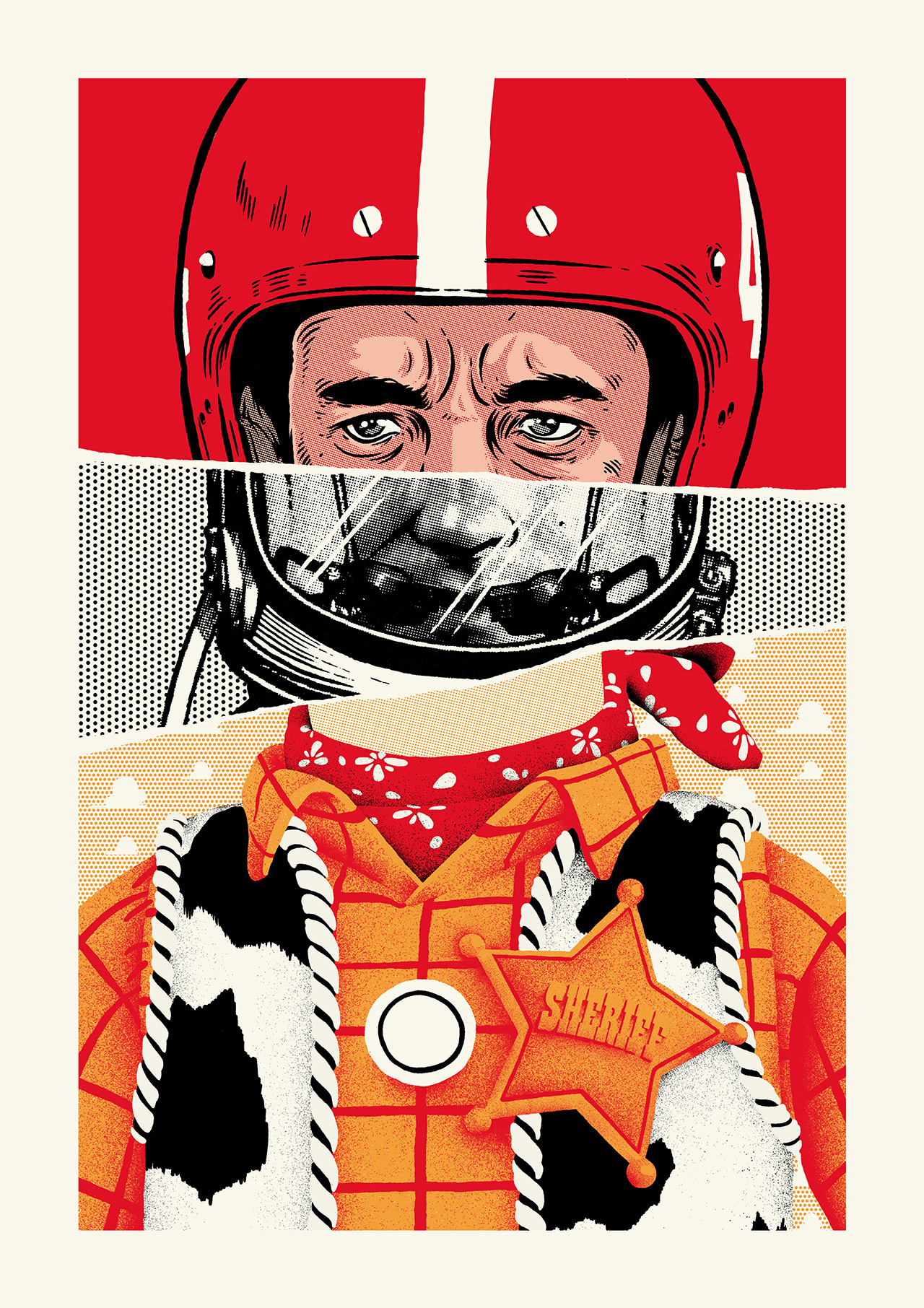 “What could such a simple person like Forrest Gump teach you?” Timba asks. “But that’s it, the answer’s right there: how to live a simple life. I think about Forrest Gump’s beautiful nature, his innocence and his willingness to help and put his life on the line for others. Just that bravado without the ego. Without him I just don’t think that I would have the emotional connection that I have or the appreciation of certain friendships that I have in my life.”

5. How to never lose hope – courtesy of Morgan Freeman

“His character in Shawshank Redemption was so relatable to how I felt about being at high school,” Timba explains. “That amazing monologue about being Shawshank and how it breaks you down has been a long-time source of strength and inspiration.”

“Life without Morgan Freeman would be like life without the grandfather I always wish I had,” he continues. “The feeling I get when I feel Morgan Freeman’s voice is just such a calming thing in my life.”

Linkedin
RELATED ARTICLES
OTHER ARTICLES
After fleeing the war in Ukraine, people are finding it impossible to secure affordable and decent housing in the UK.
A new film from Berghaus traces the story of Adam Raja, who left behind a turbulent upbringing to discover the healing power of climbing.
Following the release of his debut single, Deyaz talks battling addiction, dealing with his struggles through music, and building a budding music career from his living room.
Activists and campaigners are fighting back against new laws that would seriously undermine the ability to take industrial action, calling it an attack on fundamental workers' rights.
After blocking the Scottish government’s gender recognition reform bill, Westminster is now devising further changes to the law to make it harder for trans people to self-identify.
Tristan O’Neill’s shots of dancers caught in moments of reverie at the height of rave’s golden age are a testament to the UK’s legendary club culture.