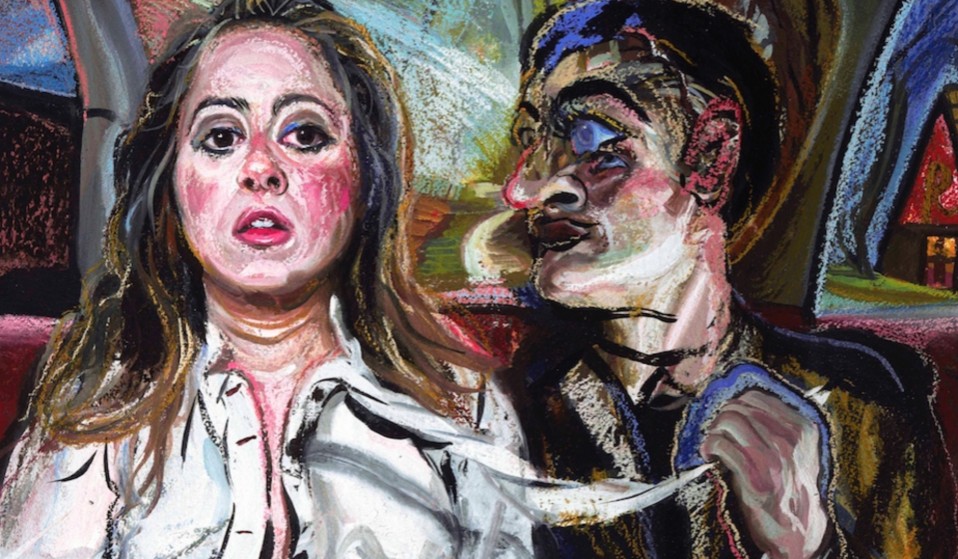 Using her art as a means to explore women’s stories concerning sex and power, she isn’t interested in neatly packaged, social media friendly or hashtag heavy feminism. Her work deals with the difficult: tackling the nuances of navigating the world as a woman through hyperreal figures, visceral colours, and a variety of mediums.

In her personal life, Frank practises what she preaches, and isn’t afraid to speak up against sexual harassment in the art world. So much so in fact, that her latest body of work O was rejected from an initial venue due to its subject matter. 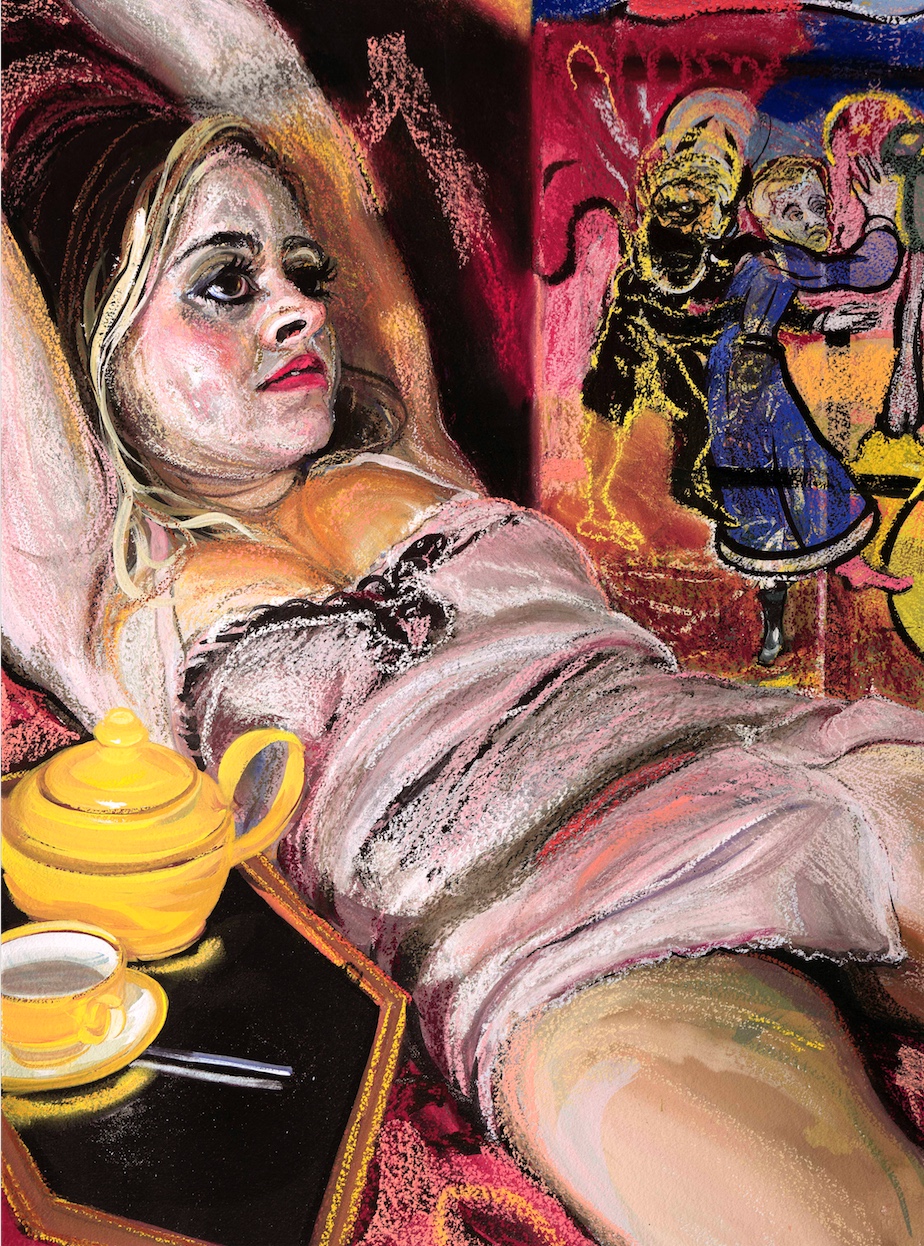 After first being drawn to the Story of O when she was 15 in a forbidden corner of a bookshop, this body of work — which includes an accompanying book providing context of the story through each feminist wave — is 33 years in the making.

“I find symmetry in the fact that this book was banned upon publication,” Frank says of the work’s relevance to our current socio-political climate. “Evidently, it and representations of it still threaten in 2018.” 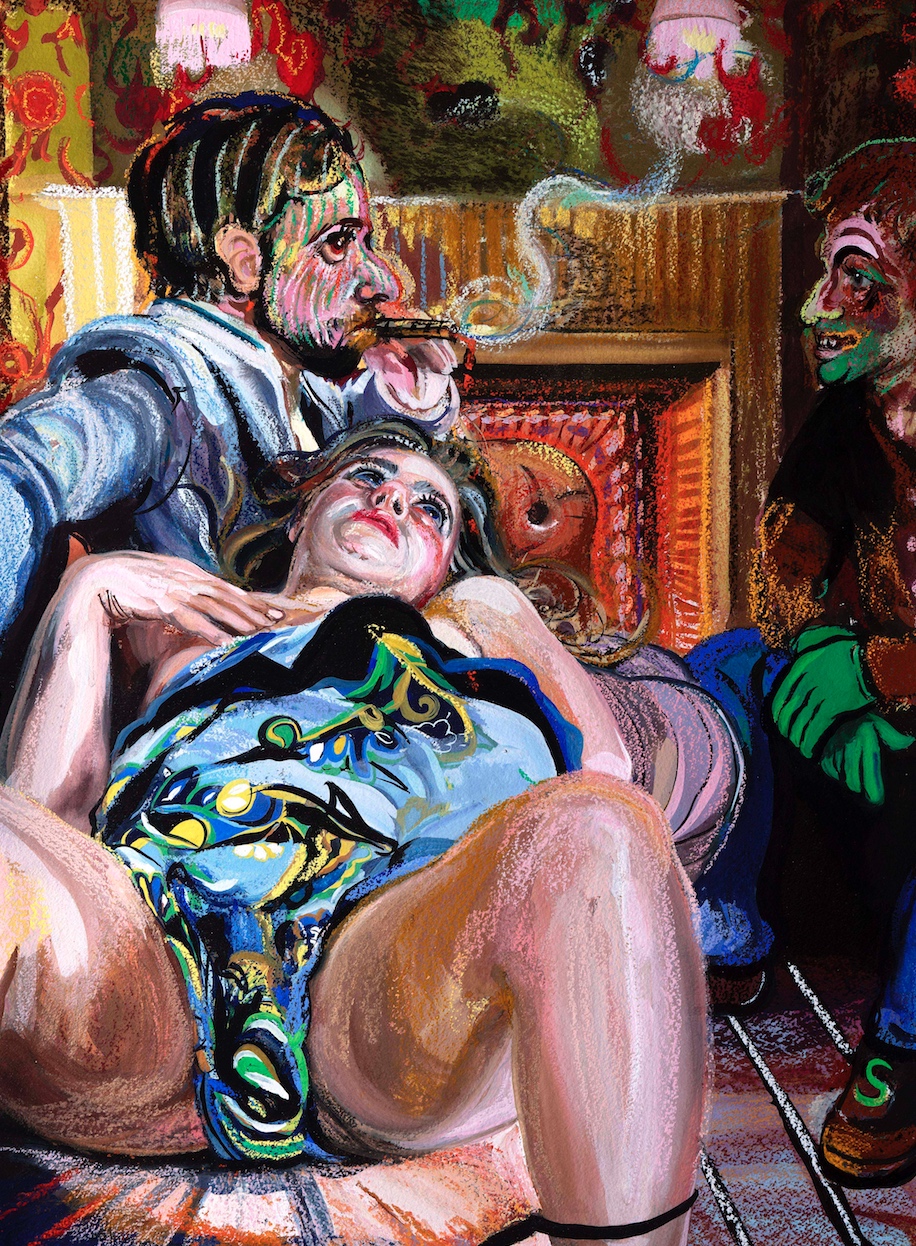 “I’m a woman and am eager to see representations of desire be representative of lived experience,” Frank concludes. “I advocate for more nuance, complexity and power in our acknowledgement of what we allow women to think, feel, desire, covet, hate, possess and relinquish.”

“I believe in individual freedom as it applies to how we see our own gender, sexuality and rights. Our imaginations and our bodies are inextricably bound up in our personal freedom, and often represent it.” 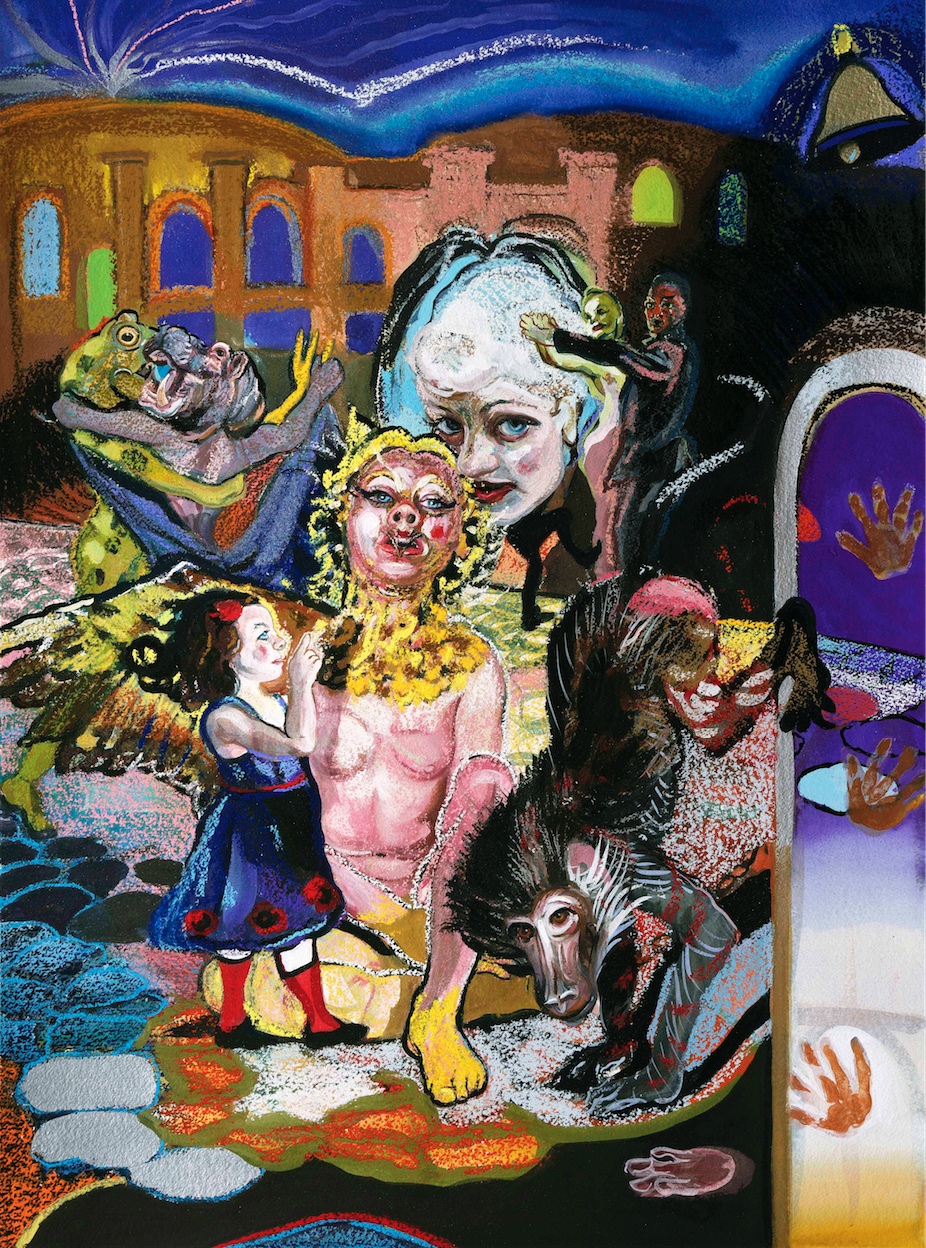 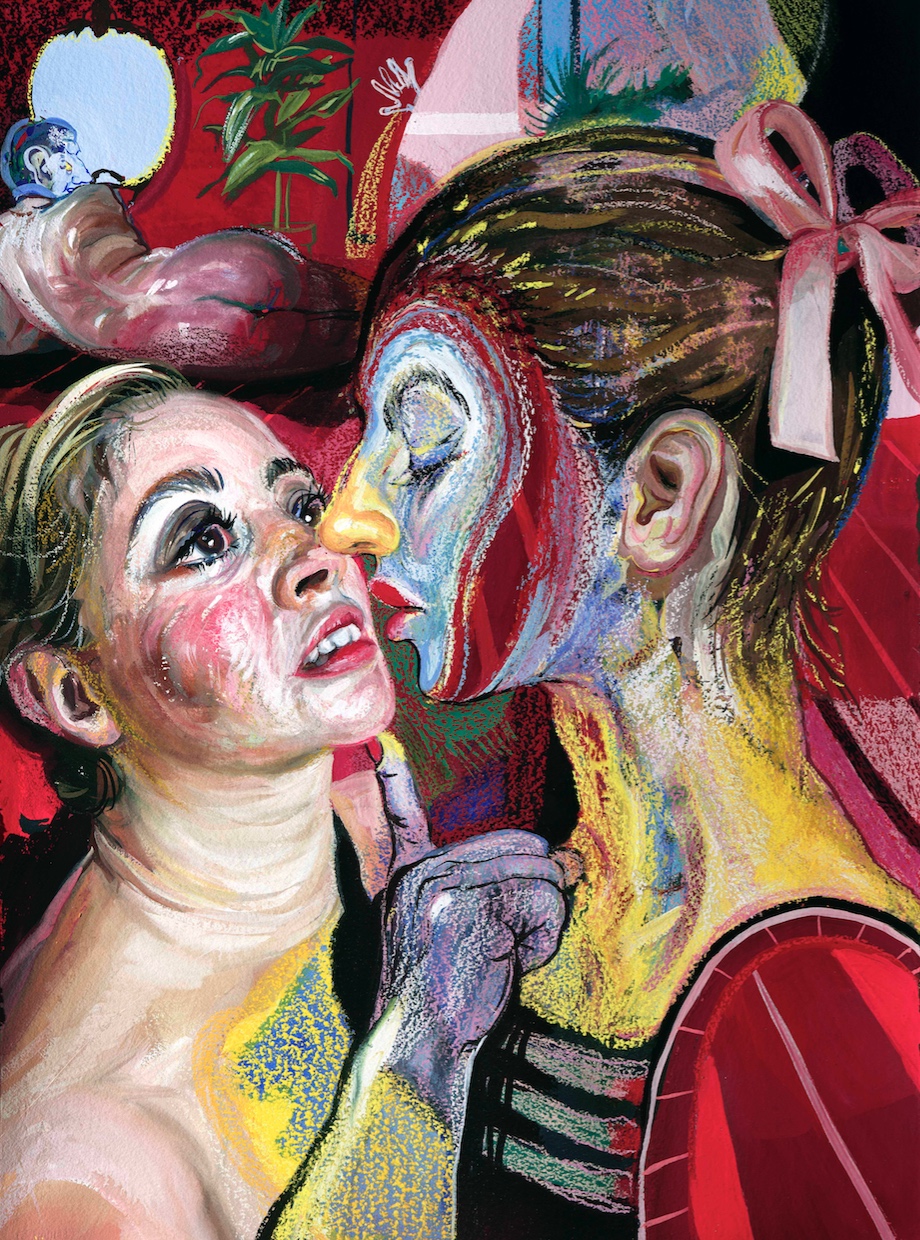 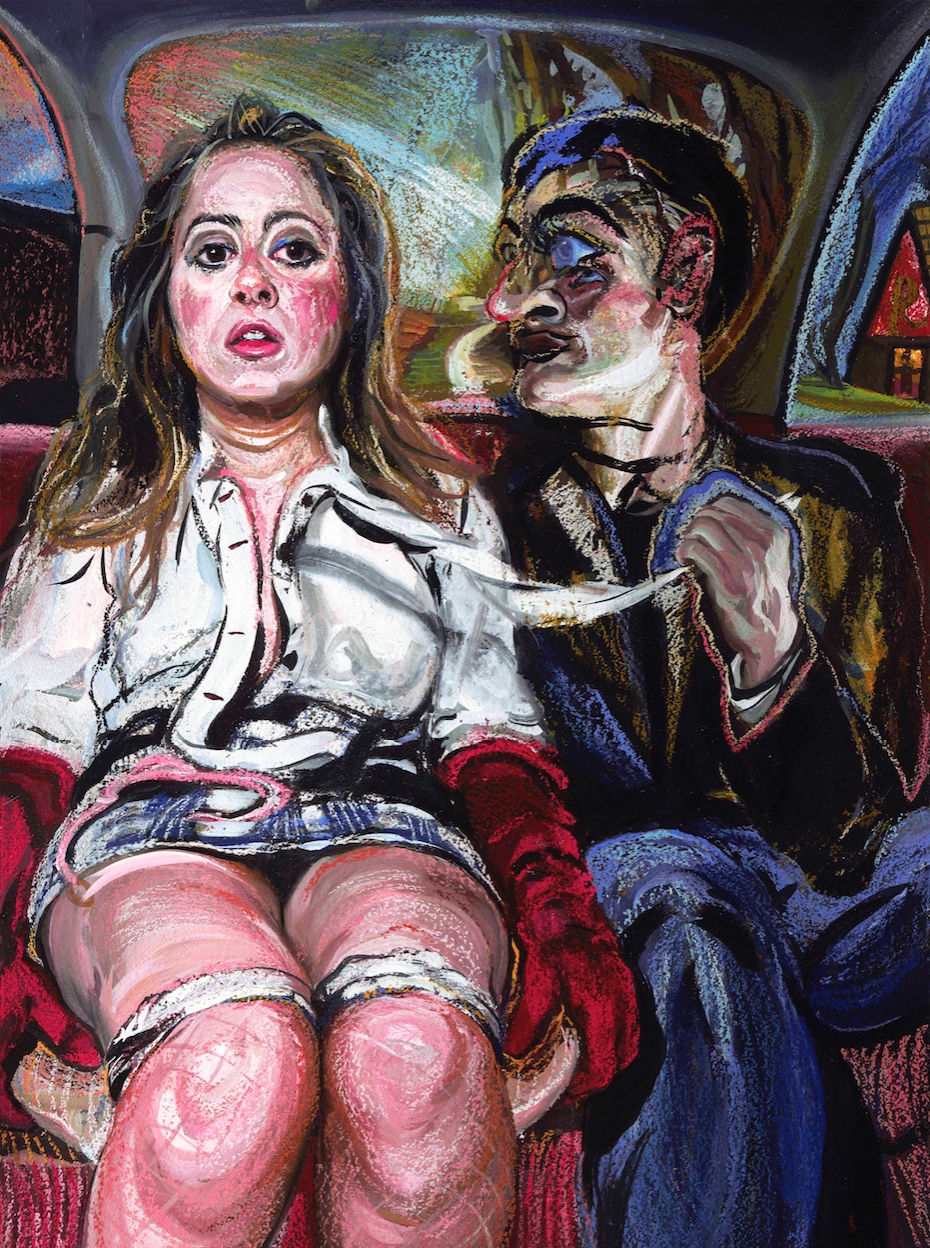 Story of O I

Natalia Frank’s Story Of O will be on display at Half Gallery (Bill Powers) from May 18. See more of her work on her official website.

Linkedin
RELATED ARTICLES
OTHER ARTICLES
Ahead of the release of their first collaborative album, the producer and rapper talk psychedelics and the state of UK hip hop.
In his 2008 series, the photographer pictured himself as Angela Davis, Martin Luther King Jr., Malcolm X, and other prominent figures.
A new project is documenting formerly incarcerated people as they transition back into civilian life.
By turning a real-life crisis into daytime television fodder, TV bosses have once again shown themselves to be completely out of touch with audiences.
Birdy Chu reflects on documenting the historic moment in which the territory was formally passed back from the UK to China.
A 37-year-old woman shares how her abortion led her to become a clinic worker, and the abuse she’s received in that role.