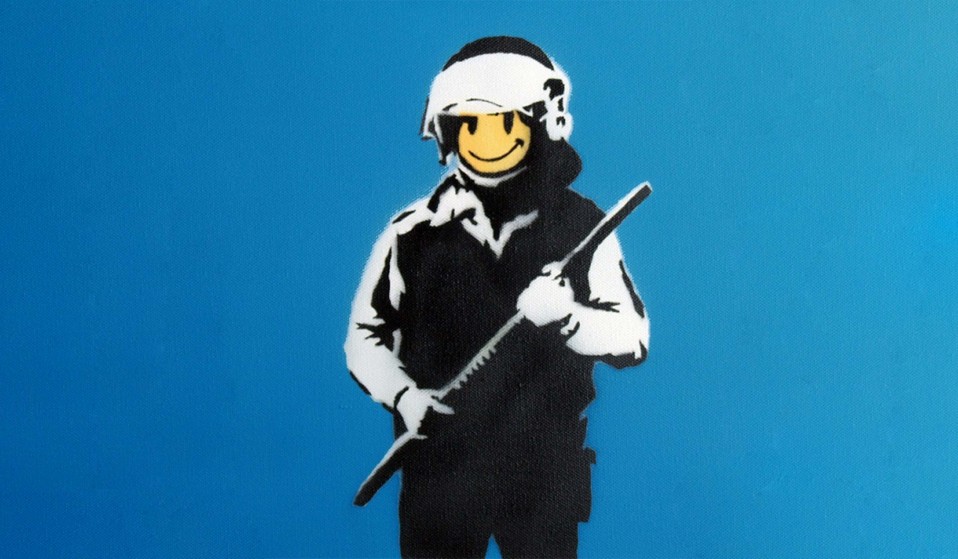 They don’t come bigger than Bansky. The infamous Bristolian’s work is to go on display at Rome’s Palazzo Cipolla museum, from 24 May – 4 September 2016.

With no authorisation from artist himself, the show’s curators were free to explore Banksy’s cultural impact however they chose. Call it an unofficial retrospective, if you like. 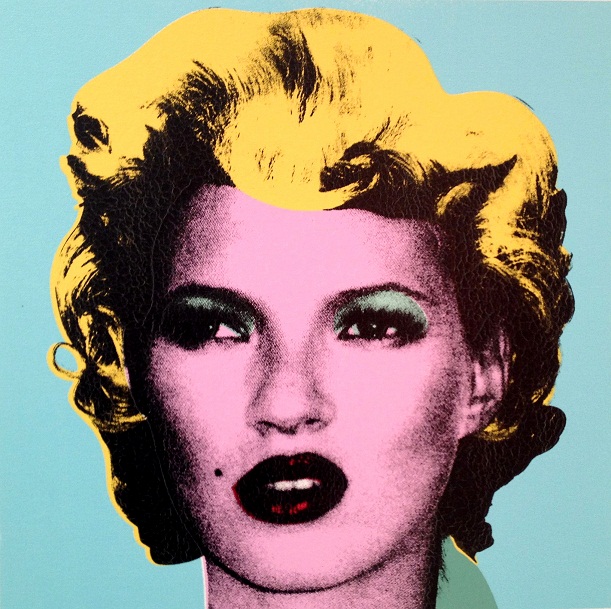 War, Capitalism & Liberty examines how social and political events are viewed through Banksy’s irreverent wit and artistic skill – from his black and white stencilled sandwich board-wearing monkeys declaring ‘Laugh now but one day we’ll be in charge’ to the unsettling image of ‘Kids on Guns’. “The work critically examines contemporary issues of war, consumerism and politics,” explains co-curator Acoris Andipa. 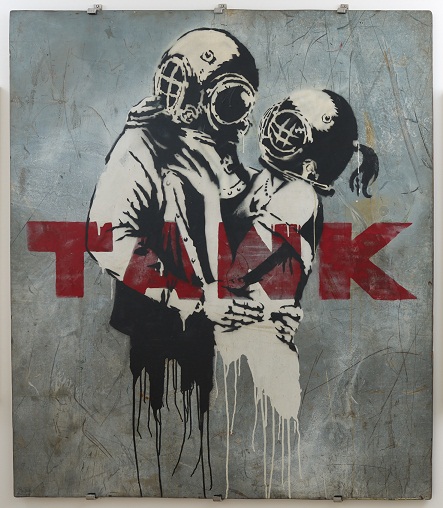 Love him or loathe him, Banksy is one of the defining artists of our time. Commenting on the concepts that underpins the show, co-curator Stefano Antonelli says: “On the threshold of a world living in deep transformations, this exhibition analyses the progress of iconography and fundamental expressions of our civilisation, through the work of the most controversial and popular contemporary artist and activist: an anonymous British artist who calls himself Banksy.”

“Since the 1990s, the artist known as Banksy has used public space to express and exhibit his work, freeing the potential of graffiti and laying down a new blueprint for street art,” he continues. “Advances in internet technologies and image-sharing platforms have consecrated him as an idol for a new generation which has given him a worldwide fame. In the history of Western art, no other artist has managed to bring themes of this magnitude to the attention of a global audience.”

War, Capitalism and Liberty is at Rome’s Palazzo Cipolla museum, from 24 May – 4 September 2016.

Linkedin
RELATED ARTICLES
OTHER ARTICLES
As she gears up for the release of her first book, the 24-year-old climate activist talks standing up to authority and building a more inclusive movement.
After blocking the Scottish government’s gender recognition reform bill, Westminster is now devising further changes to the law to make it harder for trans people to self-identify.
At his West Bank restaurant, Fadi Kattan established himself as the voice of modern Palestinian cuisine. Now, he’s bringing his innovative, bold flavours to the UK’s capital.
A new film from Berghaus traces the story of Adam Raja, who left behind a turbulent upbringing to discover the healing power of climbing.
A new law change is enabling Britain’s donor-conceived children to know the truth about their origins – but campaigners say the fertility industry must do more to protect people.
A new exhibitions brings together the work of photographers who documented the deep unrest of these pivotal decades.