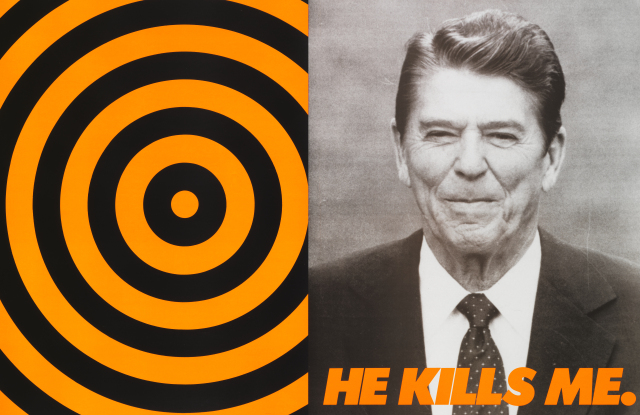 A new exhibition at the Whitney Museum of Art pulls together the most politically charged work of the last century.

A new exhibition at the Whitney Museum of Art pulls together the most politically charged work of the last century.

A new exhibition on the history of protest art has opened at New York’s Whitney Museum this week.

The immaculately-timed show, titled An Incomplete History of Protest, comes one week after the controversial Charlottesville protests, which saw an anti-fascist protester lose her life at the hands of a ‘neo-Nazi’ high school student. The situation was made worse when President Trump – who has inspired more than enough protests himself already – refused to condemn both the killing and the white supremacist marchers. “I think there is blame on both sides,” he shrugged off last week.

The Whitney show, which is currently running indefinitely on the museum’s sixth floor, looks back on nearly eight decades of politically charged art – ranging from the anti-war movement of the 1940s, to the Trumpian present. All work will be taken from the museum’s 23,000-strong personal collection. 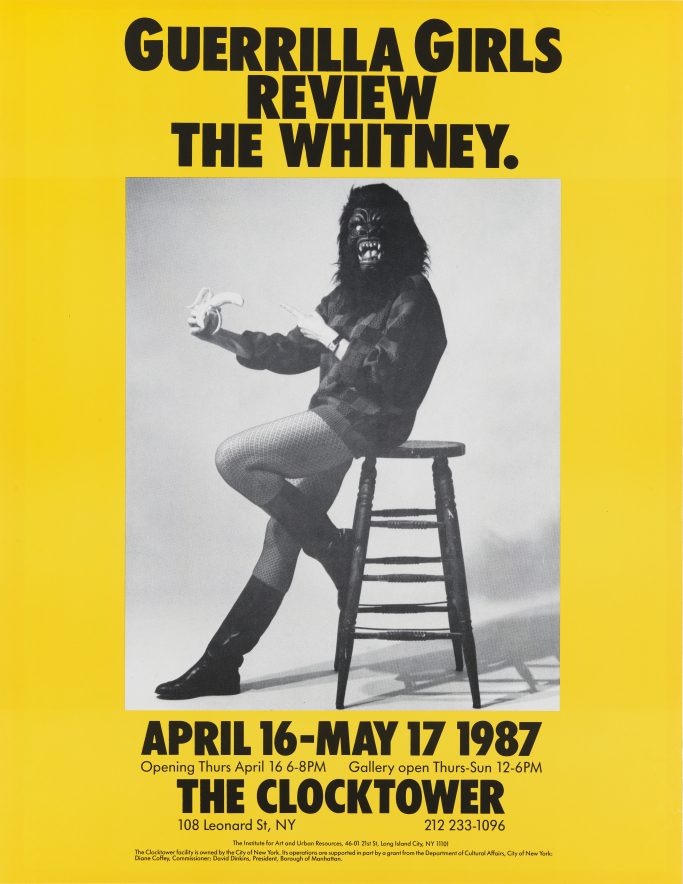 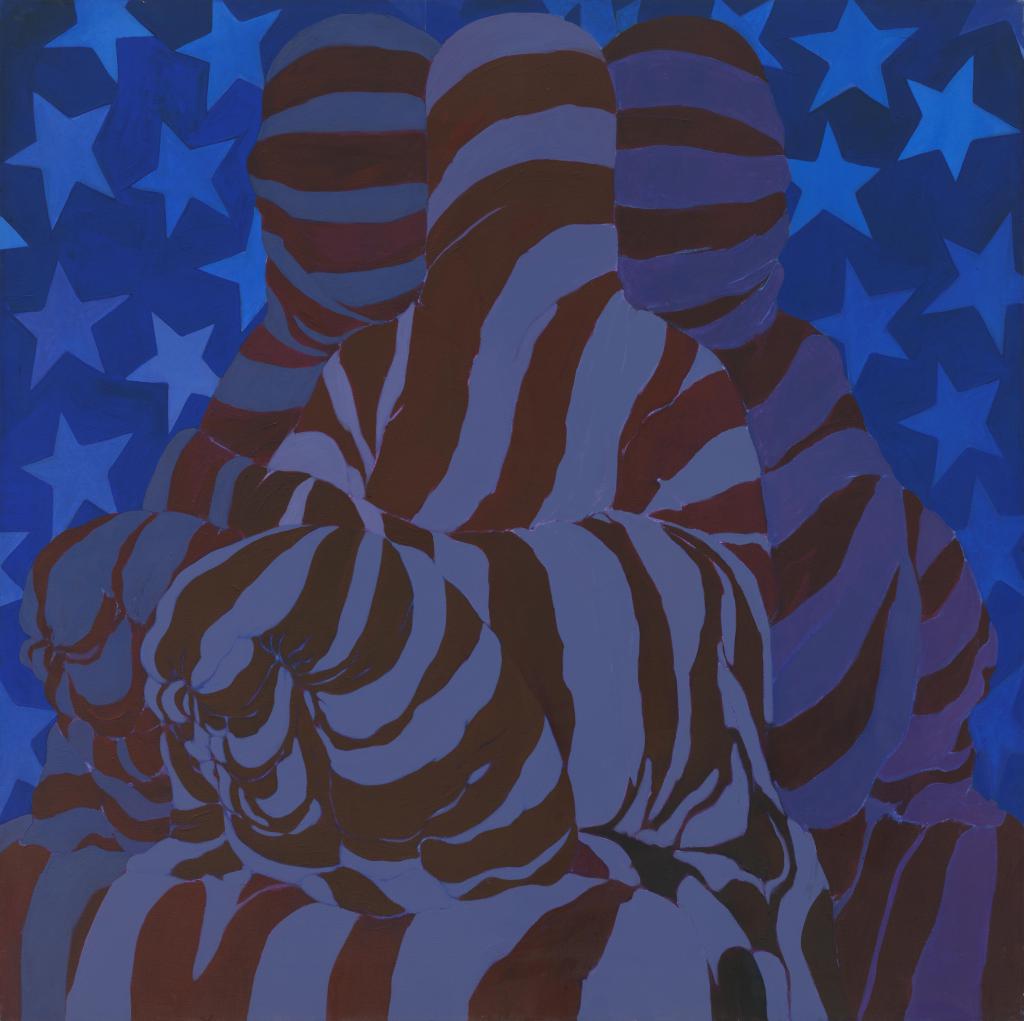 “An Incomplete History of Protest looks at how artists from the 1940s to the present have confronted the political and social issues of their day,” reads the official show summary. “Whether making art as a form of activism, criticism, instruction, or inspiration, the featured artists see their work as essential to challenging established thought and creating a more equitable culture.”

The show is divided into eight sections, organised by chronology and theme. It compiles the art of the Civil Rights movement, the Vietnam War, the AIDS crisis, and the women’s rights movement, and includes work from Larry Clark, Keith Haring, Guerrilla Girls, and Toyo Miyatake. According to the show’s curator, David Breslin, it hopes to encourage an examination of American ideals.

“There are still issues that we’re dealing with today, and I think what’s really profound is that there are issues that our country is living with,” he explained recently. “These are things that artists have been dealing with and hopefully, there’s a through-line in the show that indicates that artists are still working hard—if not to remedy these urgent problems—to look very closely at them and see what’s happening in the culture that makes these issues.” 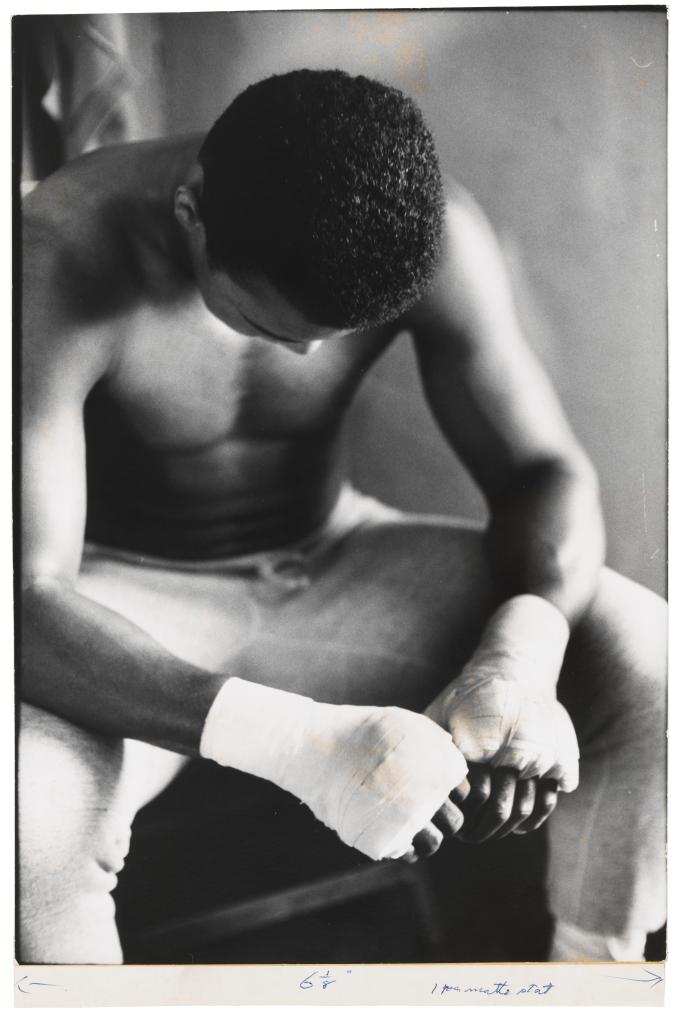 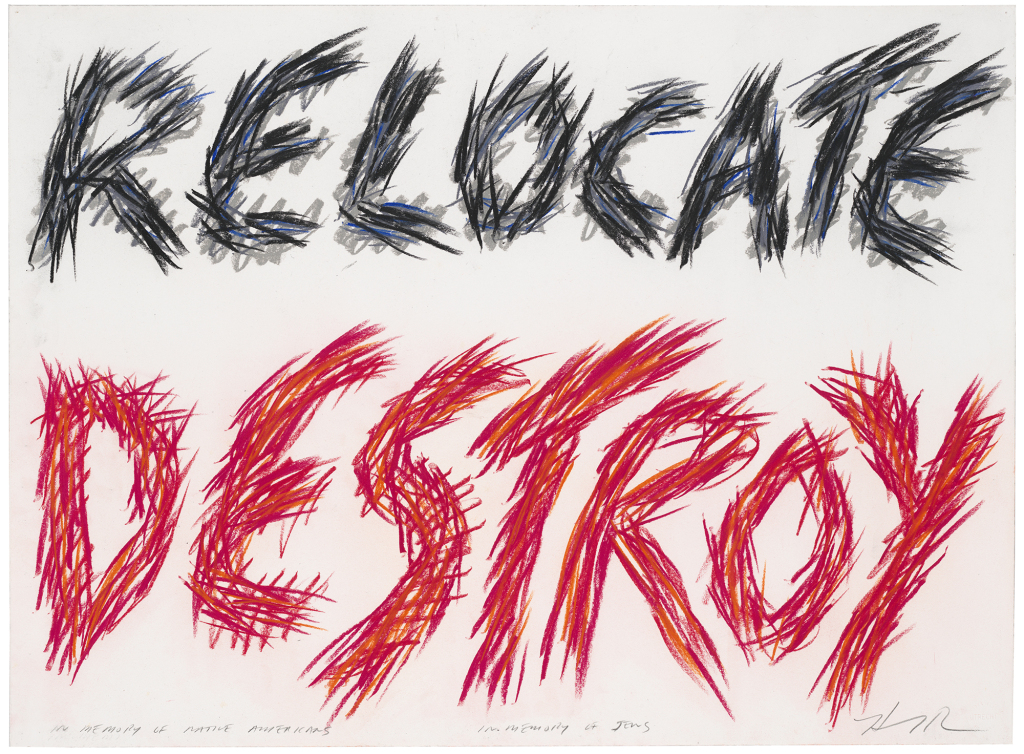 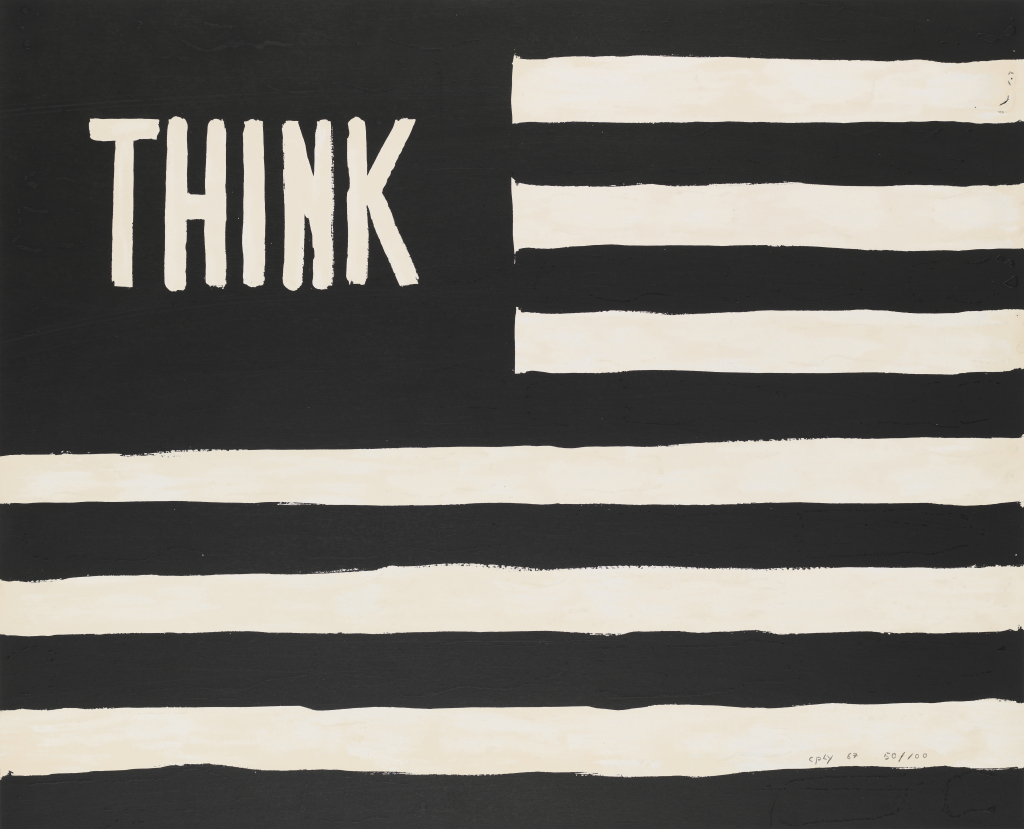 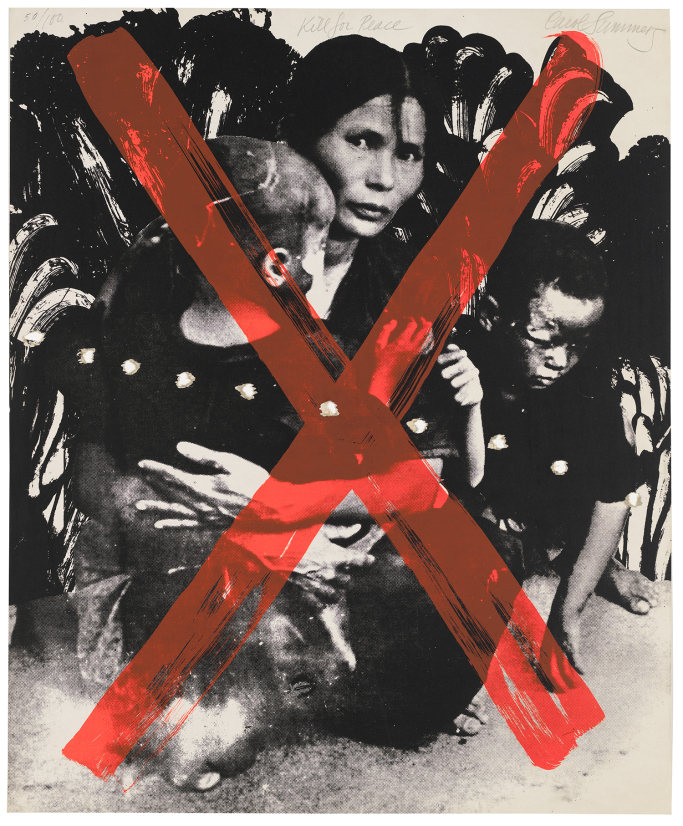 Kill for Peace, 1967, from ARTISTS AND WRITERS PROTEST AGAINST THE WAR IN VIET NAM, 1967, Carol Summers. Courtesy the Whitney. 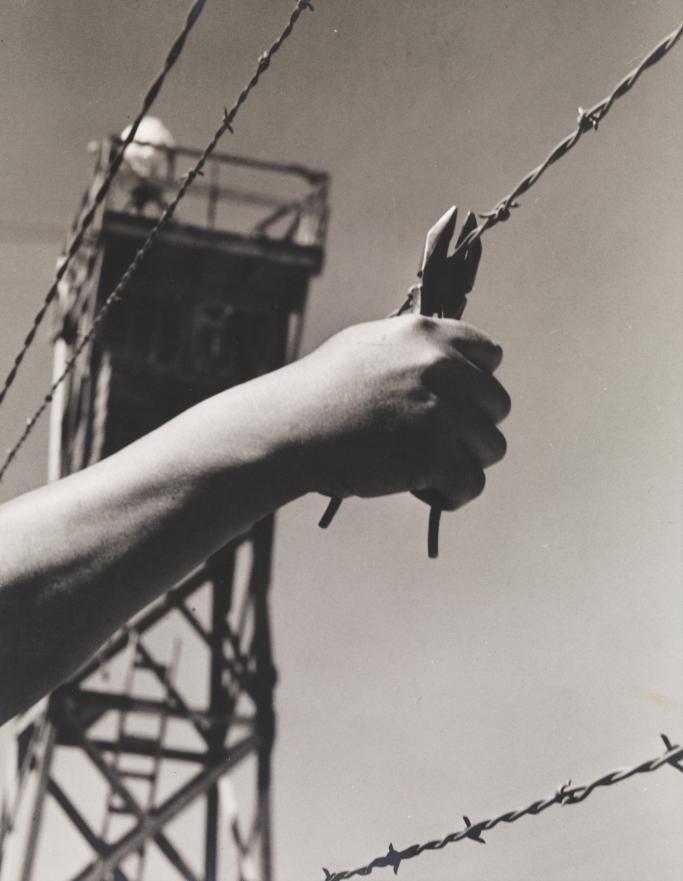 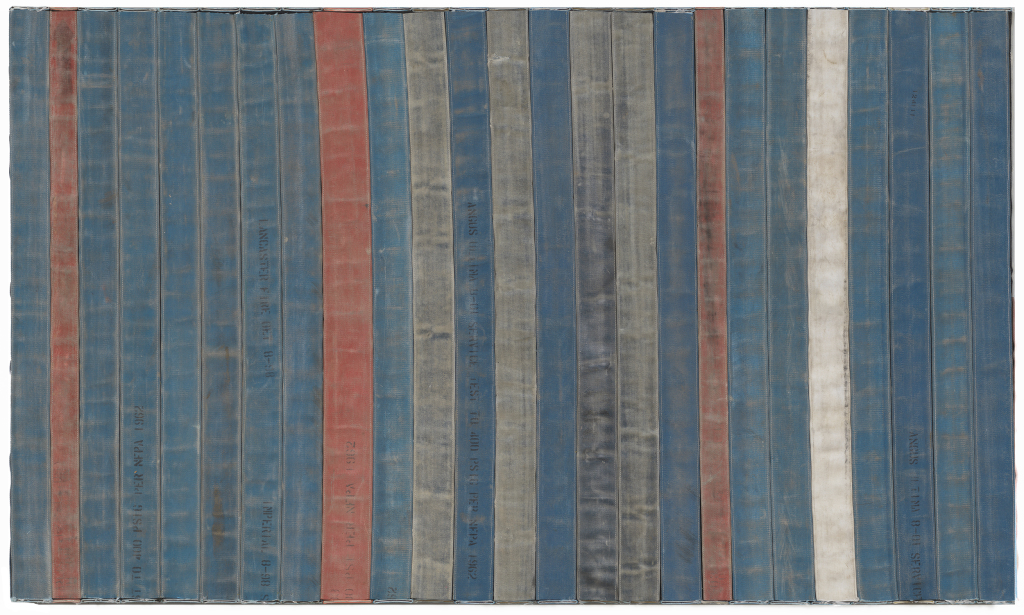 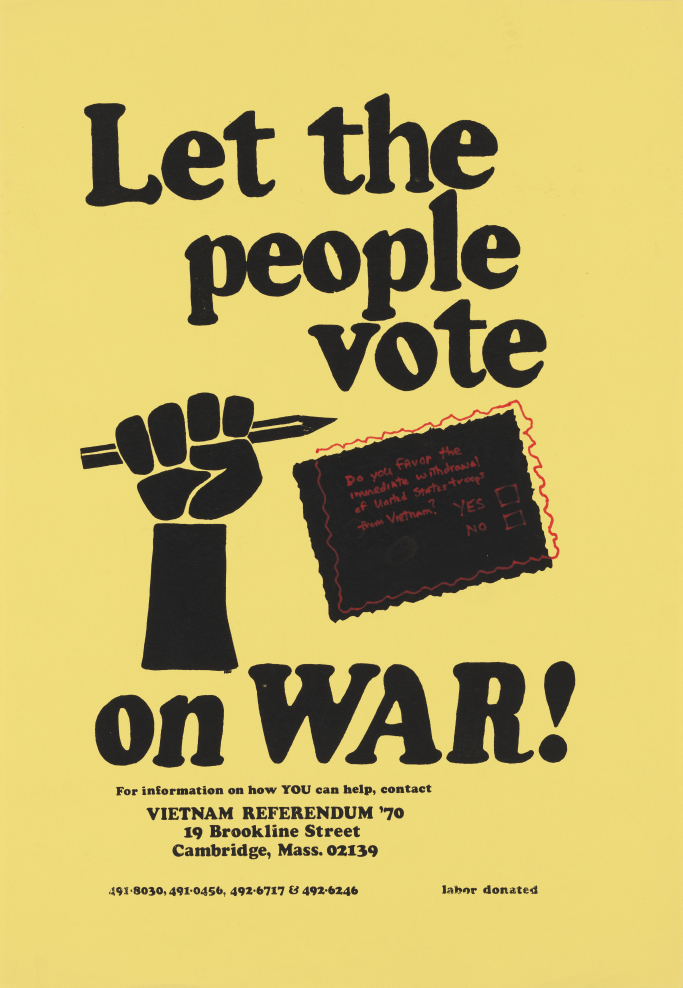 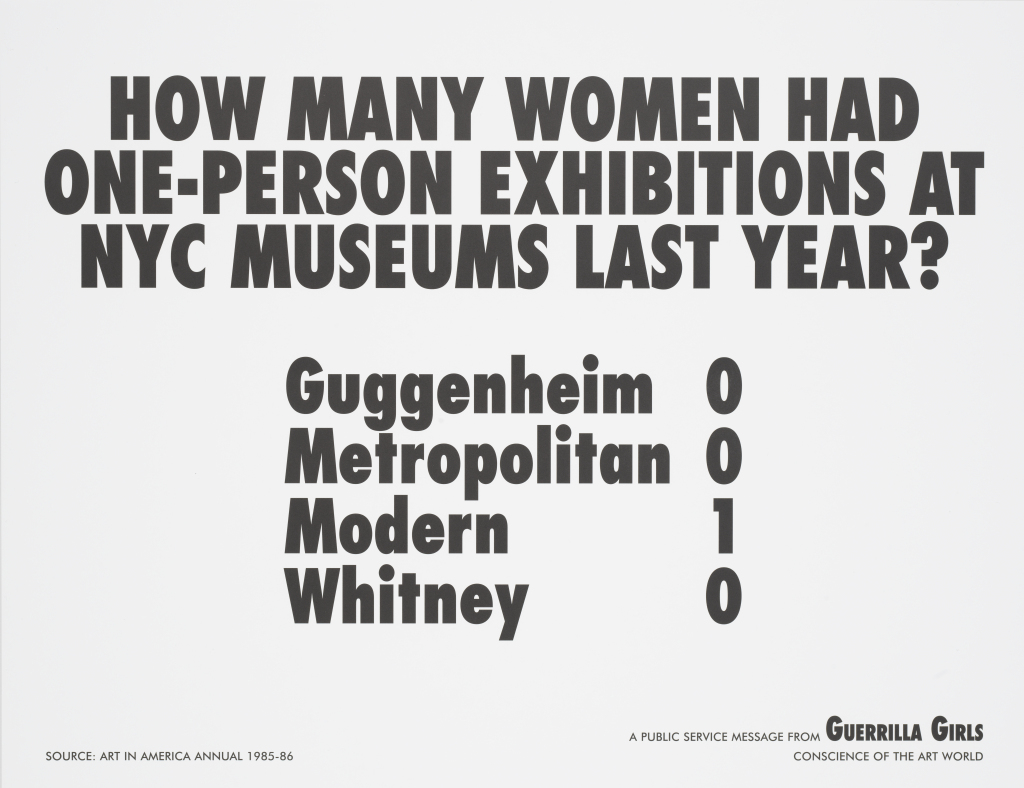 How Many Women Had One-Person Exhibitions at NYC Museums Last Year?, 1985, Guerrilla Girls. Courtesy the Whitney.

An Incomplete History of Protest will be showing indefinitely at New York’s Whitney Museum.

Linkedin
RELATED ARTICLES
OTHER ARTICLES
AI companies that develop image-generators using copyrighted artwork from the internet are coming under fire from artists who say that it amounts to theft.
Since 2007, Gideon Mendel has made 20 trips to document floods in 13 countries. The result is an alarming record of what has already been lost to the climate emergency.
A new exhibitions brings together the work of photographers who documented the deep unrest of these pivotal decades.
After building his reputation covering the US civil rights movement in the 1960s, the photographer went on to produce some of the most enduring images of the past century.
A new law change is enabling Britain’s donor-conceived children to know the truth about their origins – but campaigners say the fertility industry must do more to protect people.
Activists and campaigners are fighting back against new laws that would seriously undermine the ability to take industrial action, calling it an attack on fundamental workers' rights.