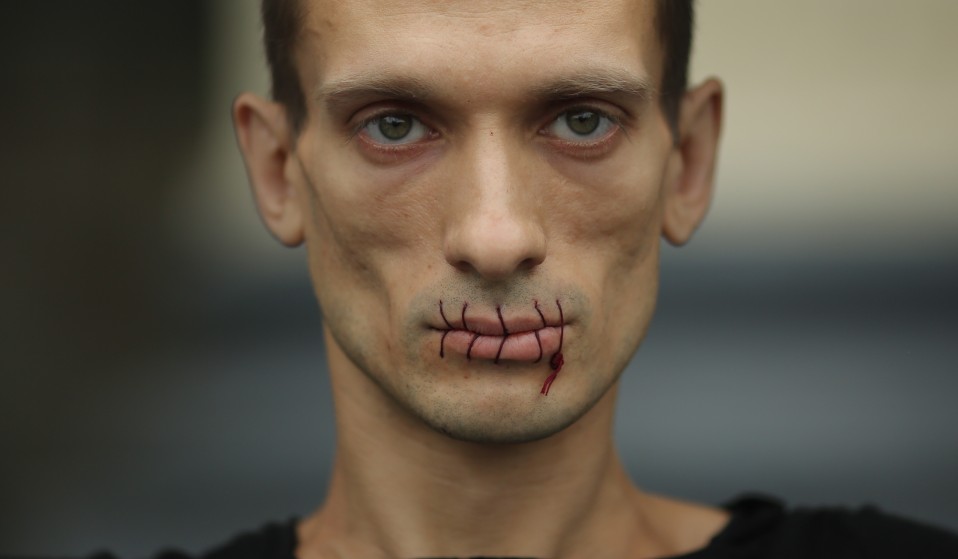 Petr Pavlensky, who nailed his scrotum to Moscow’s Red Square in 2013, was protesting ‘the economic system in Europe’.

Petr Pavlensky, who nailed his scrotum to Moscow’s Red Square in 2013, was protesting ‘the economic system in Europe.’

The Russian protest artist Petr Pavlensky has been arrested after setting fire to the Banque de France in Paris.

The blaze, started during the early hours of Monday morning, was part of a protest performance in response to the “economic system in Europe.” In a statement, Pavlensky – who has been residing in France after fleeing Moscow in January – called for a “great French revolution” in order to bring down the financial system, denouncing the “bankers (who) took the place of the monarchs.”

“The Bastille was destroyed by the rebels,” the artist said in a statement. “The people destroyed her as a symbol of tyranny and power. On the same place, a new home of slavery was built… The Bank of France has taken the place of the Bastille, the bankers have taken the place of the monarchs… The rebirth of the French Revolution will set off the fire of worldwide revolution.” 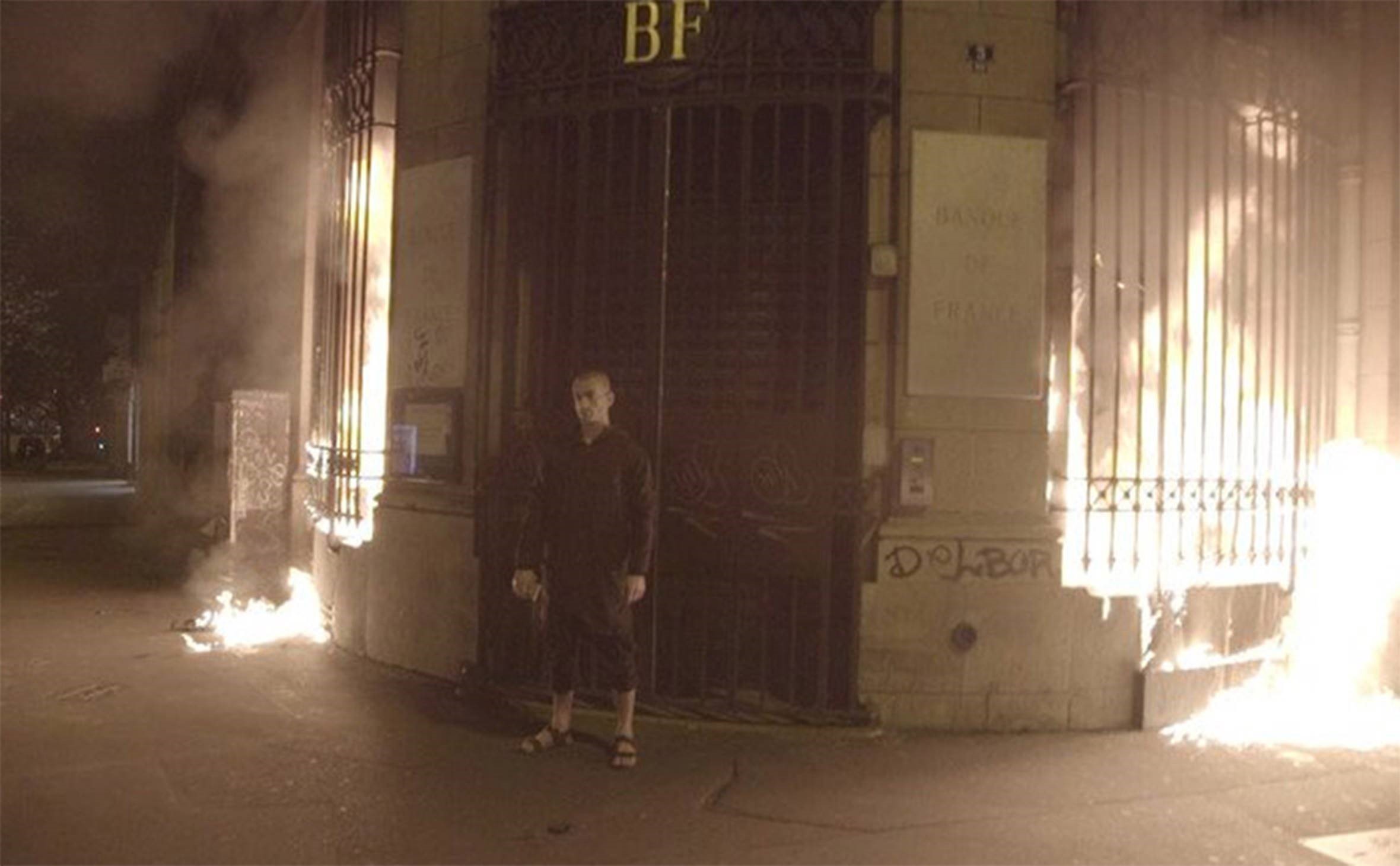 Petr Pavlensky in front of the Banque De France

The 33-year-old artist first gained notoriety in 2012 after sewing his mouth shut in protest against the incarceration of activist punk group Pussy Riot. Subsequent performances have seen him wrap himself in barbed wire, nail his scrotum to Red Square in Moscow and slice off his earlobe while sitting naked on the roof of the infamous Serbsky Center. He left Moscow for Paris at the beginning of 2017 after he and his partner Oksana Shalygina were accused of sexual assault – an allegation he denies.

The first ever exhibition of Pavlensky’s work is set to run at the Saatchi from 16th November – 31st December 2017, as part of Art Riot: Post Soviet Actionism at the Saatchi gallery.

Linkedin
RELATED ARTICLES
OTHER ARTICLES
Taking us through one of the most dynamic years in recent history, Laylah Amatullah Barrayn new photo book contains tender yet confrontational portraits.
The first-generation graffiti artist reflects on the tagging’s emergence as an art form and the players who pushed the medium forward.
A group of aid workers face prison for helping to save people fleeing their homes at sea. If they are charged, it will have a chilling effect on humanitarian efforts.
From snake handlers to mardi-gras revellers, Tom “TBow” Bowden’s photos provide a snapshot of the wonderful and weird people who make up America.
Mass crustacean die-offs in the North East have led a community of fishermen to take action to save their seas.
Campaigners reflect on what the supreme court’s decision to allow buffer zones in NI means for the future of reproductive rights in the UK.