Photographer Angélica Dass’ Humanæ project is cataloguing every human skin tone to reveal the complexity of colour and race.

Photographer Angélica Dass’ Humanae project is cataloguing every human skin tone to reveal the complexity of colour and race.

When Brazilian artist and photographer Angélica Dass became pregnant with her first child, she was presented with a mystery. Angélica is brown-skinned, with mixed ancestry. Her Spanish husband has “the colour of a lobster when he gets sunburnt.” So what colour would her child be?

Angélica grew up in a technicolour family, with relatives black, white and everything in-between – or coffee, caramel, porcelain, vanilla, hazel and honey, as she describes them. Her own dark skin never caused problems – until she stepped outside the family home, where it provoked prejudice and prohibitions, from being mistaken for the maid to being directed to the service lift in rich friends’ apartment blocks.

The imminent birth of her child got Angélica thinking deeply once again about our complex and confusing ideas about colour and race: a train of thought that led her to embark on the Humanæ Project. In the hope of revealing our true colours, she set herself the ambitious task of cataloguing every human skin tone she could find against the Pantone colour palette. 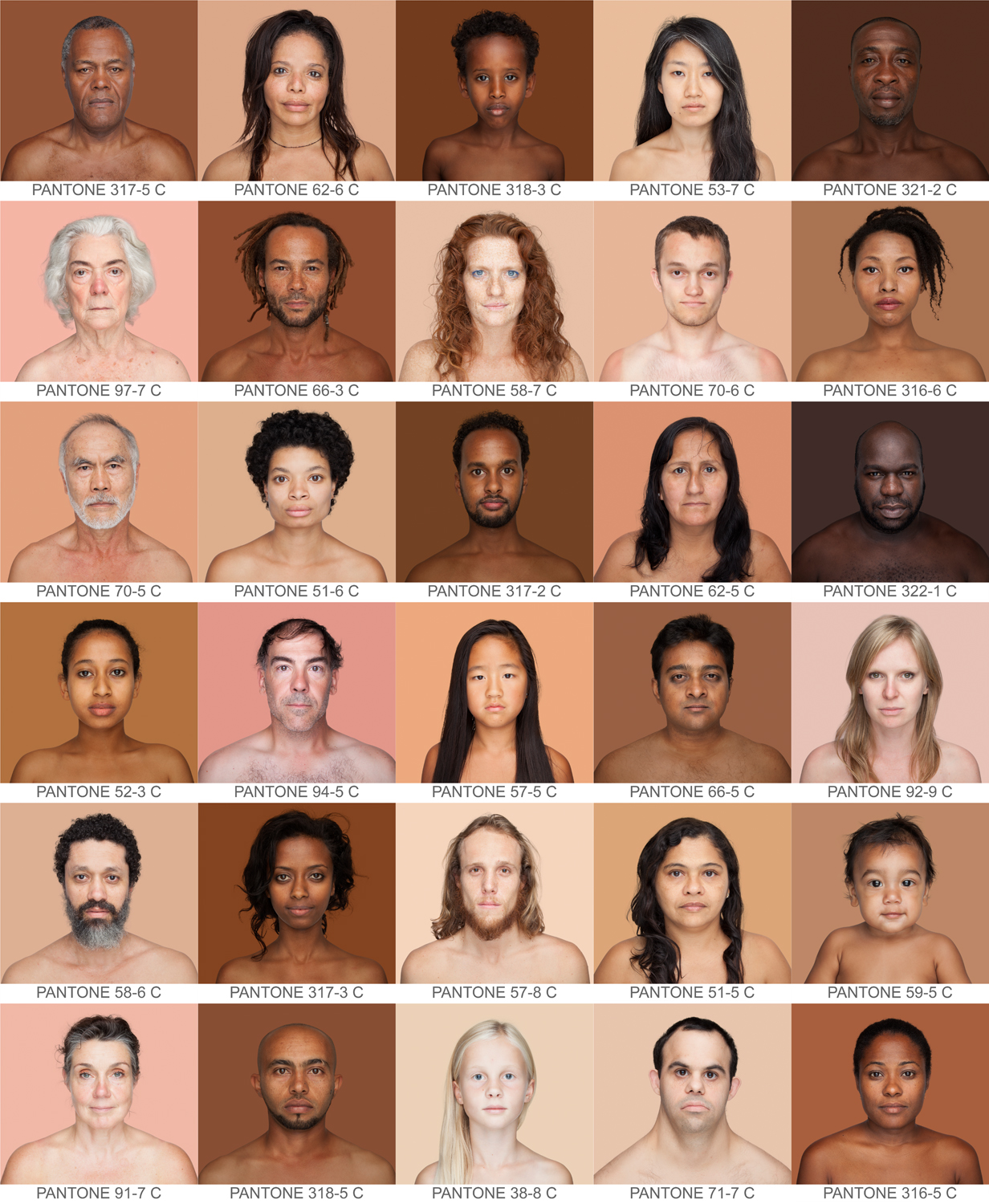 Much-loved by artists and designers, Pantones have become a technical-industrial standard system of colour classification. Each unique colour is represented by an alphanumeric code, which allows them to be accurately recreated in any medium. 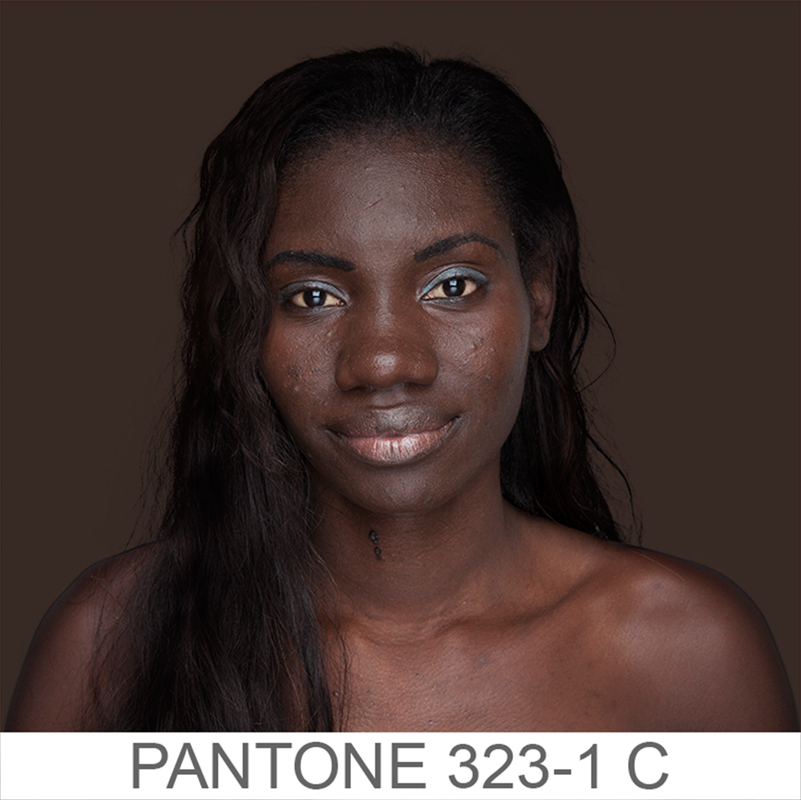 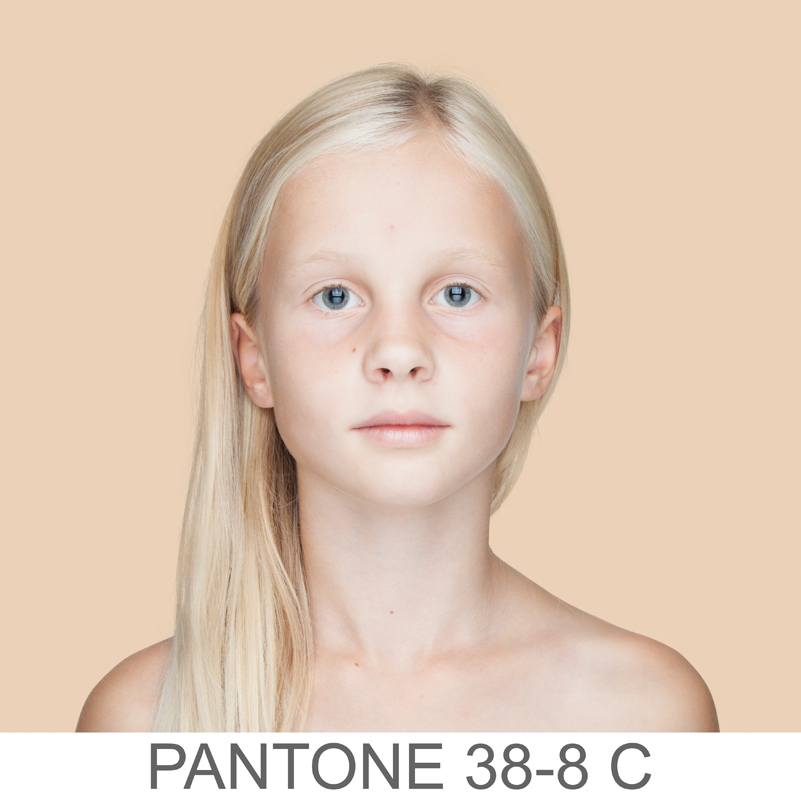 So far, the project has amassed 3000 images, taken in 22 cities and 14 different countries on five continents. Refugees who crossed the Mediterranean on rickety boats sit alongside Forbes Rich List billionaires, with Swiss students sitting alongside schoolchildren from the favelas of Rio de Janeiro. 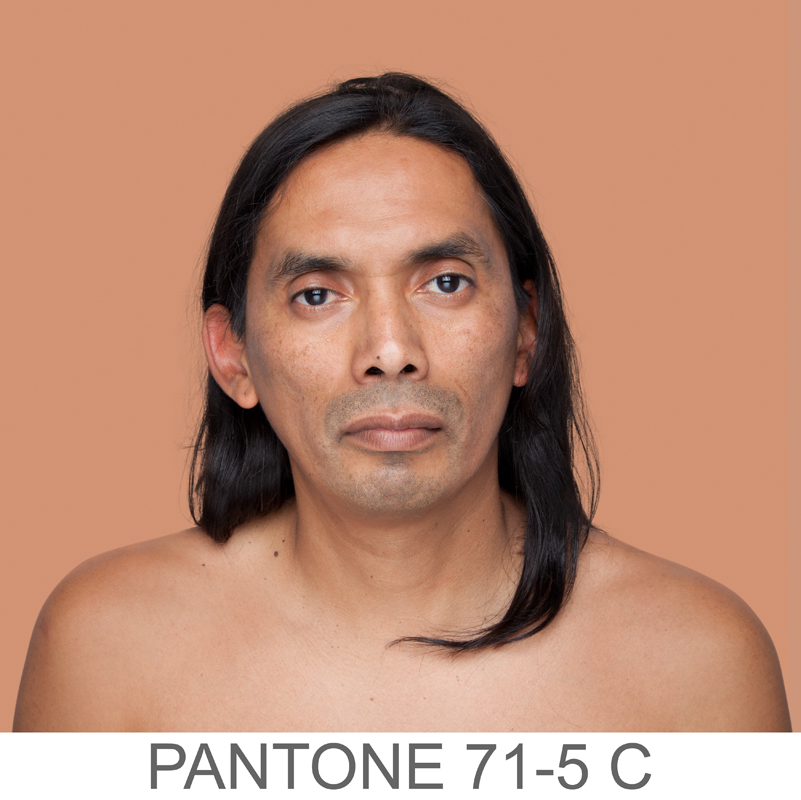 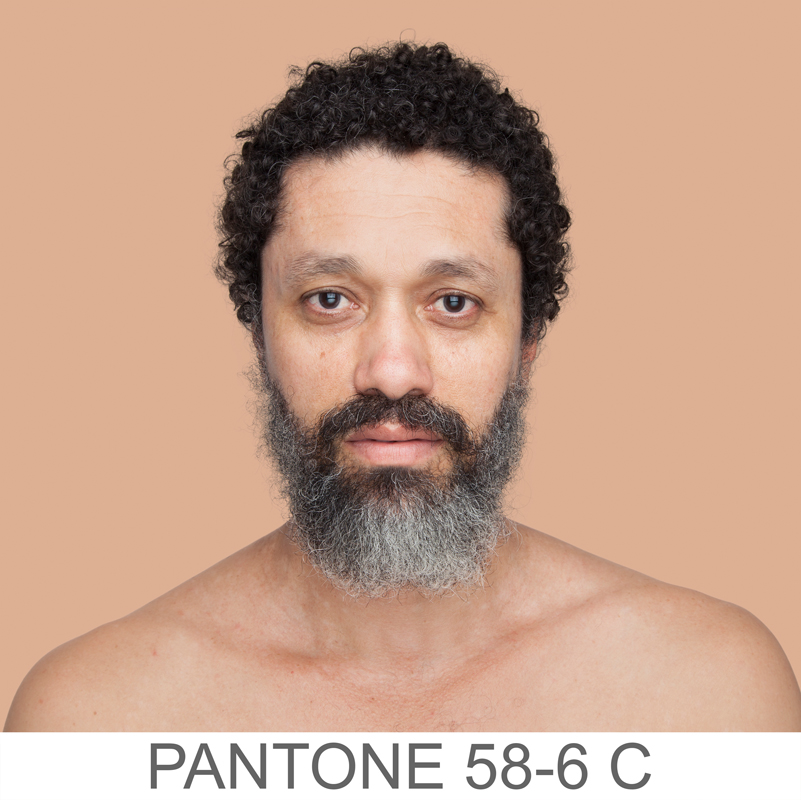 With each of her Humanæ portraits, Angélica shoots each subject head-on against a white background, which she then tints in post with a colour tone identical to a sample of 11 x 11 pixels taken from her volunteers’ photographed faces. Presenting her subjects all in the same format, topless against a plain background made from just their skin colour, strips them from the artificial, socio-political construct that is race.

Find out more about the Humanæ Project.

Reddit
RELATED ARTICLES
OTHER ARTICLES
With Native American history almost entirely excluded from the US curriculum, a group of illustrators are rewriting the narrative.
Campuses across the country have closed in response to the coronavirus crisis – but what about the students who have been left behind?
The US author reflects on the success of her genre-bending queer gothic memoir, In The Dreamhouse.
In a new series, produced in partnership with Squarespace, we spotlight real-life artists and makers as they adapt to life under lockdown.
The city has changed immeasurably during the coronavirus crisis, with the future more uncertain than ever.
In the early 20th century, LGBT artists would defy the law by secretly sharing their work with friends and family members.