Art & Culture / Art / In Pictures: Weird and cutting-edge bike designs that will blow your mind 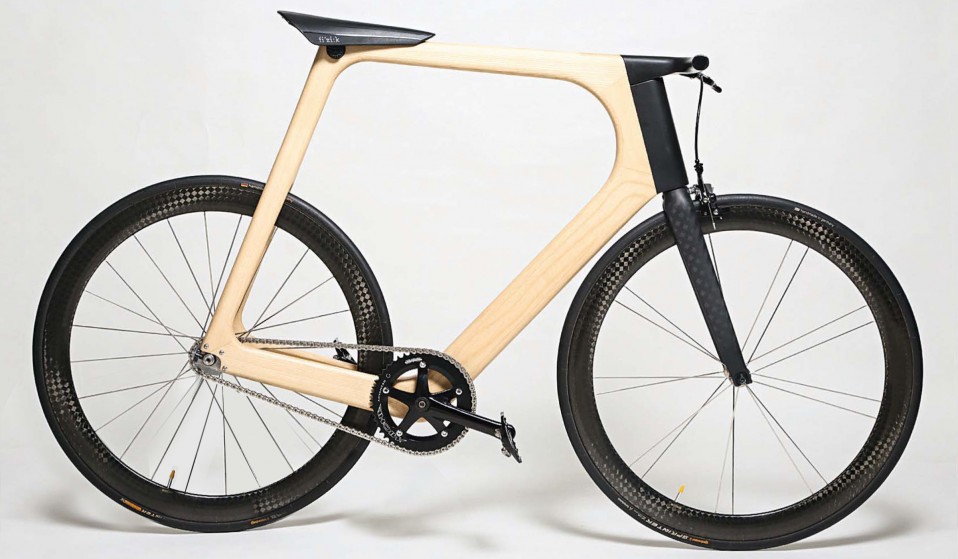 London’s Design Museum is hosting a new exhibition on bicycles and bike design - Huck looks at some of the most out-there.

London’s Design Museum is hosting a new exhibition on bicycles and bike design - Huck looks at some of the most out-there.

London’s Design Museum is hosting an exhibition on bicycles and bicycle design featuring riders, craftspeople, and designs from around the world. The exhibition, titled Cycle Revolution, takes the opportunity to look at innovation in cycling, as well as its history as an object of design.

Why bikes? Well as you might guess from the name, there’s been a cycling revolution in the UK in the past years: a new care taken to bicycles and a renewed interest in riding them. Cycle Revolution is split along the lines of High Performers, Thrill Seekers, Urban Riders, Cargo Bikers, which means that everything from track bikes, to BMX kits, to electric commuter bikes and long-haul bikes are featured.

Cargo bikes might be those the most in need of redesign, considering the kind of shit London’s couriers have to put up with. The cargo bike portion of the exhibit is centered on Lawrence Brand, who designed a cargo bike called ‘the Bringley,’ which he road-tested with a solo tour through Bulgaria, Turkey, Georgia, Azerbaijan, Kazakhstan, Uzbekistan, Kyrgyzstan. He later went on to found Porterlight Bicycles. 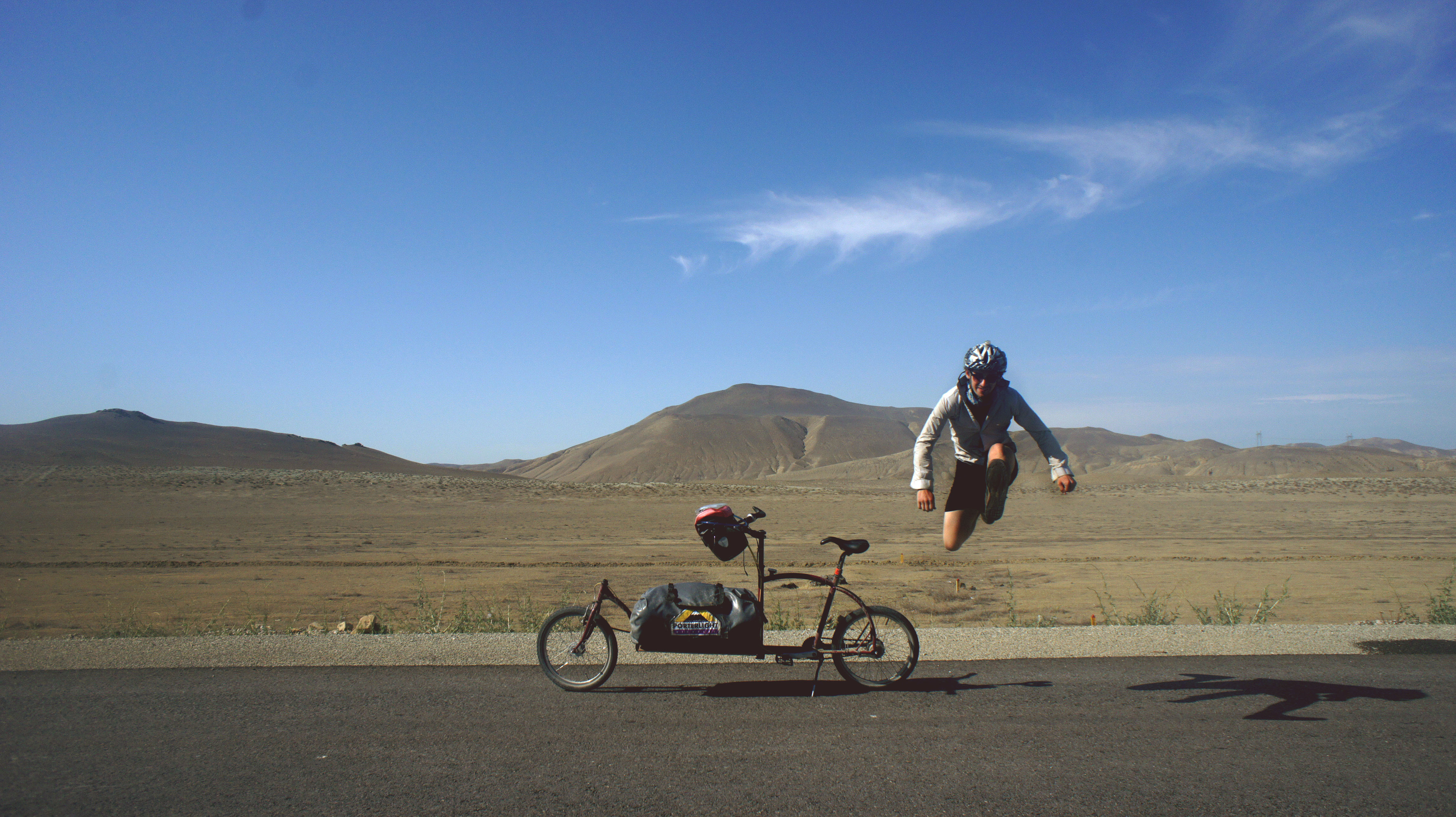 The exhibition aims to challenge the gendered conception of bicycling too – both in riding and bike-making. Professional cyclist Tracy Moseley and Joanna Rowsell are discussed in the exhibition, as is bike builder Caren Hartley.

BMX world champion Shanaze Reade is also featured in Cycle Revolution, as is the Peckham BMX Club, and stunt rider Danny Macaskill. There are a whole host of Olympic and world-class track cyclists – bikes from European greats like Sir Bradley Wiggins’s, Eddy Merckx, and Sir Chris Hoy. Those sleek designs are matched with ultra-light folding bikes, a three-piece wooden frame bicycle designed by Nike Schmutz, and compact commuter electric bikes. There are specially commissioned films for the exhibition, showcasing bike companies and design. 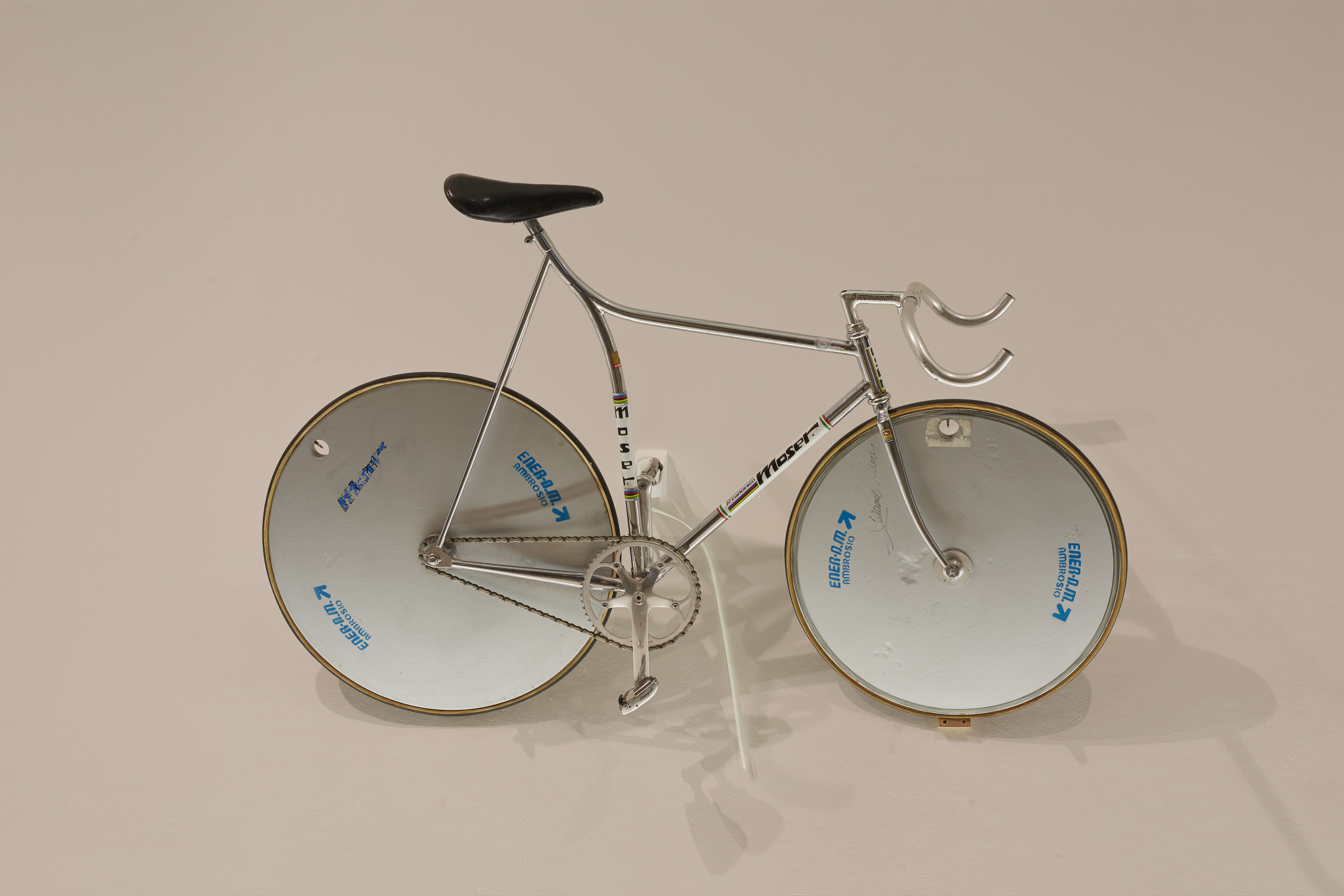 More than just a display of bikes, Cycle Revolution investigates the process of bike design and the craft of bike-making. The first 3D printed metal bike frame also makes an appearance at Cycle Revolution, nudging at the idea that bike-making might be less of a hands-on trade in the future. There are biking accessories too, and cycling gear, among the weirdest being a reflective tweed jacket.

Labour issues, national sportsmanship, gender, and creativity can all be seen on the surface of the bicycle. But there’s also something really rich about the simple design of a bike – the way angles meet, the way it’s formed and weighted: “Bikes are made to carry figures and so I think there’s a certain structure and geometry to them that is really figurative. The way the shape of a bike abstractly breaks up space and makes a composition and gesture is beautiful,” says Taliah Lempert, a painter whose primary subjects are bikes. 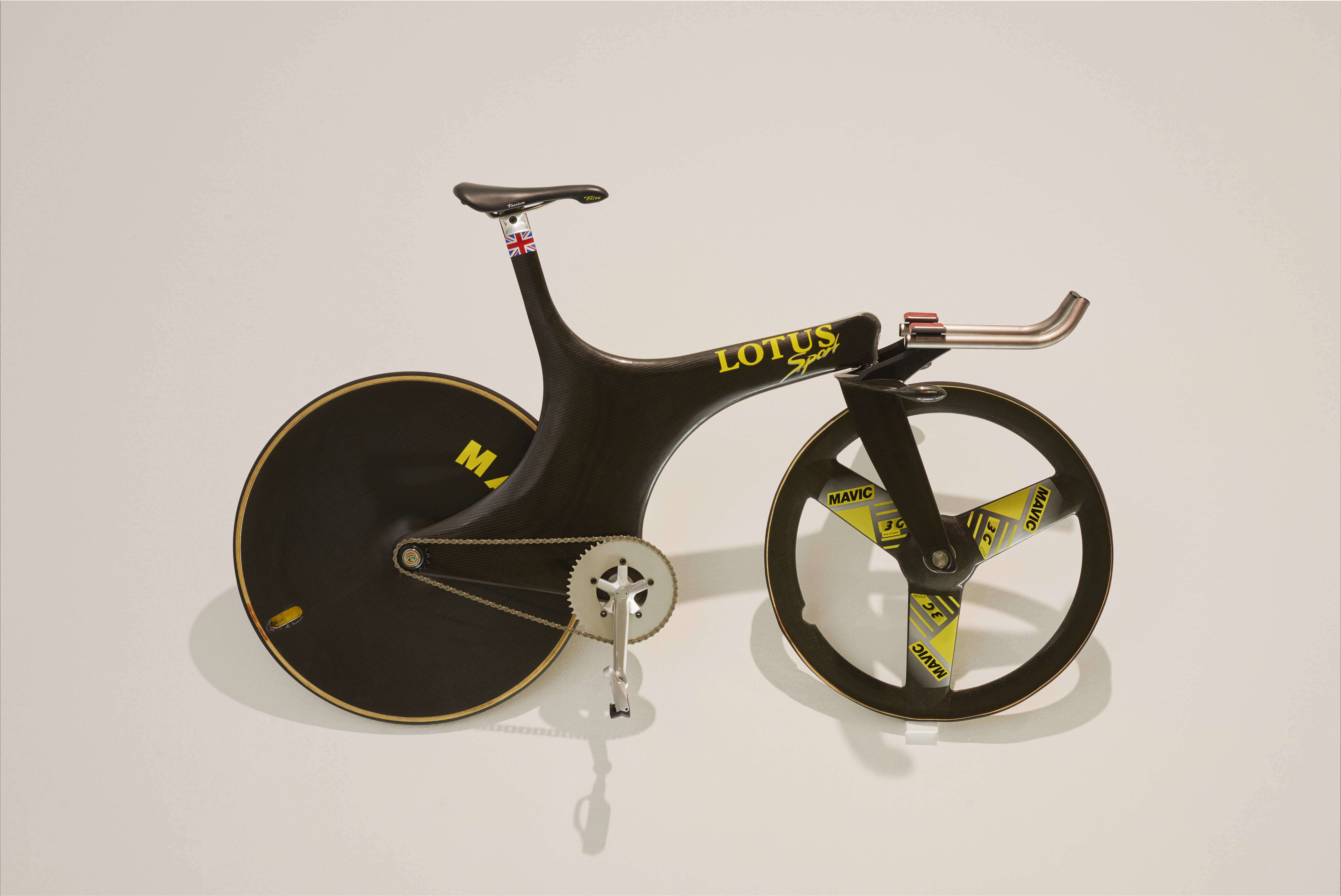 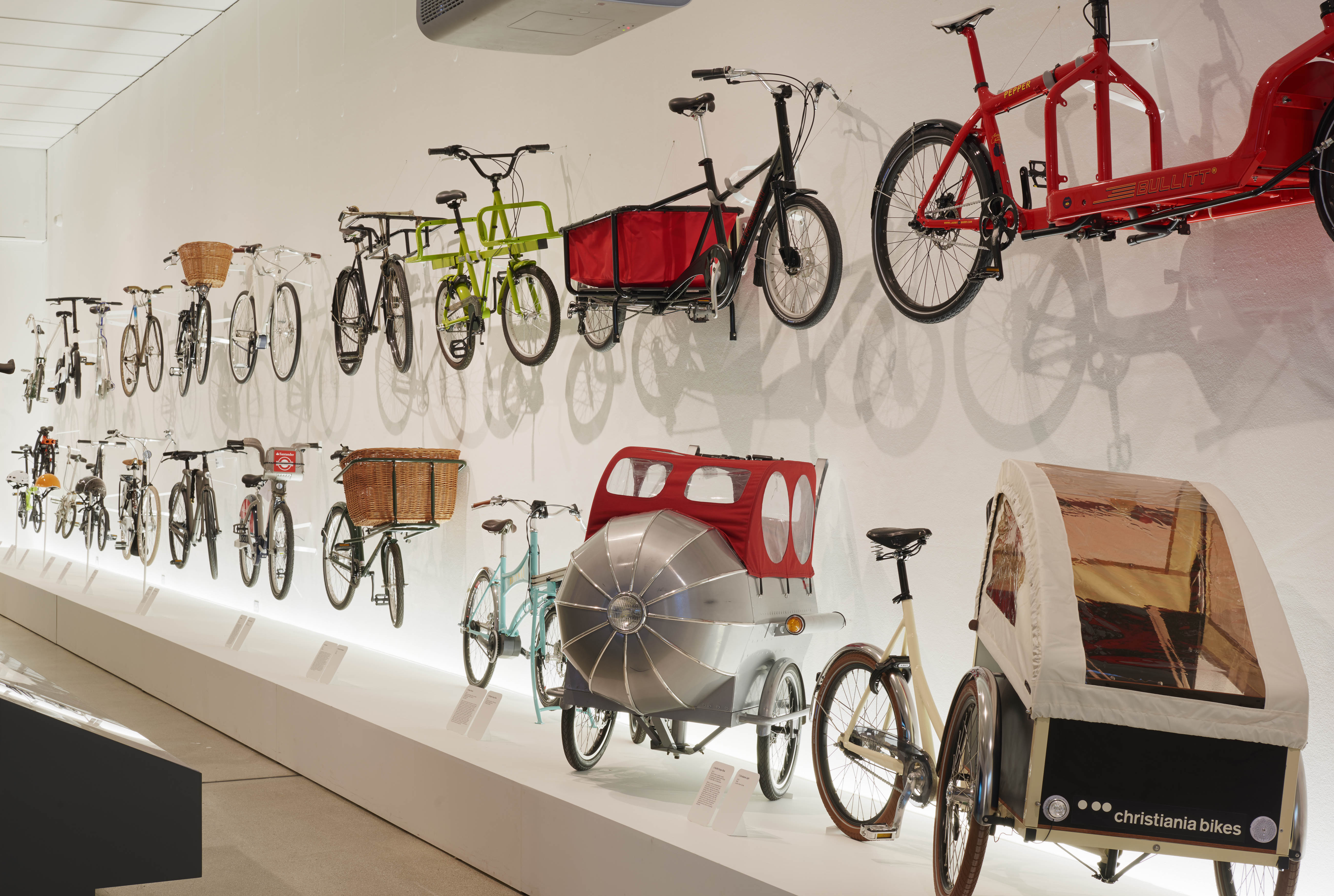 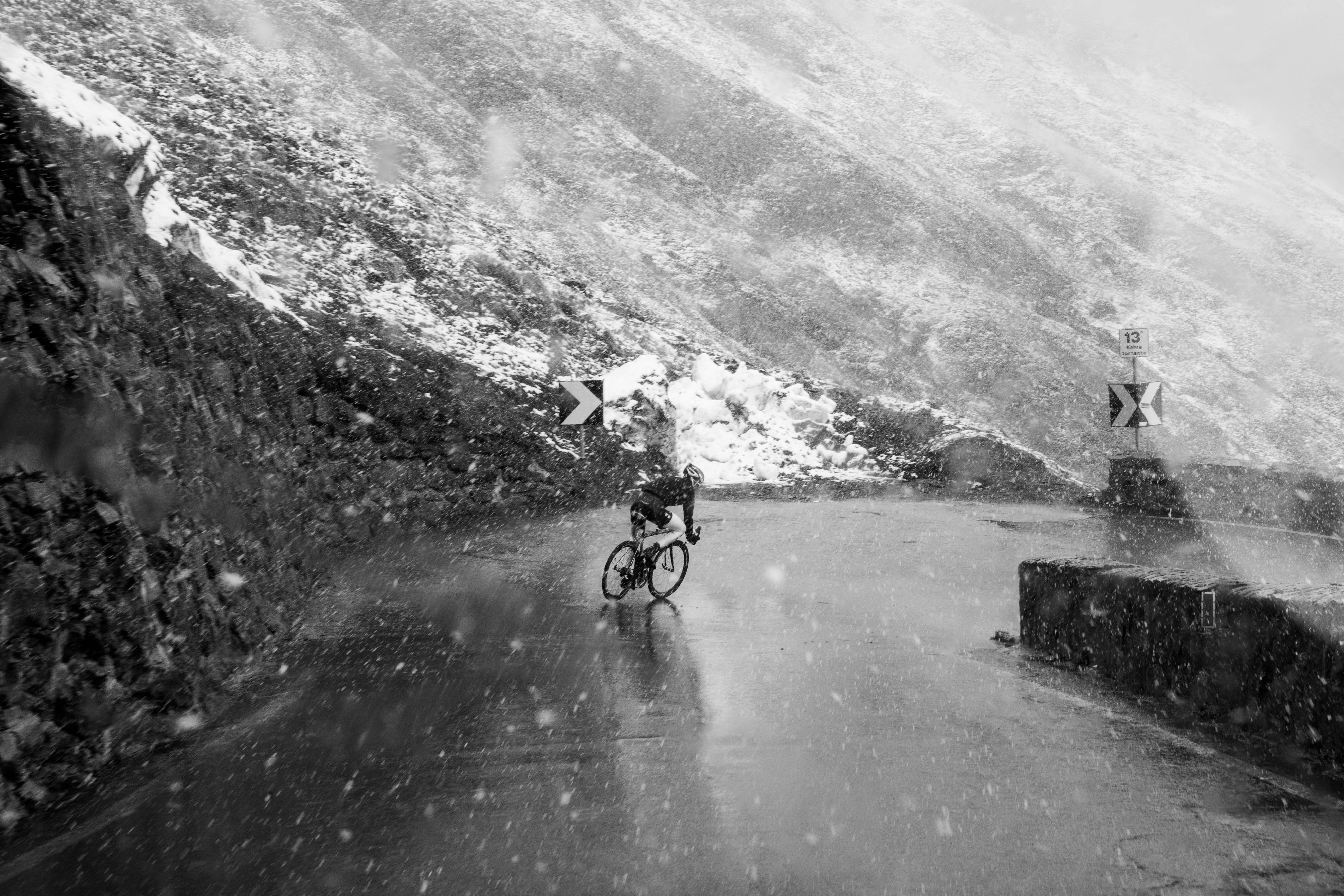 What will the future of bike design be? Will automated production eat away at the craft of bicycle frame-making? What sort of new materials will come to the forefront? Cycle Revolution’s treatment of cycling’s future focuses on urban planning as well: the way commuters interact with the space around them, including cycle safety (of course), but also design innovations such as Bjarke Ingels’ residential complex – a utopian space designed for cycling.

There’s a new future in store for the Design Museum as well. This’ll be their last exhibition at their current South Bank location before they move to a new site near Kensington High Street later this year. 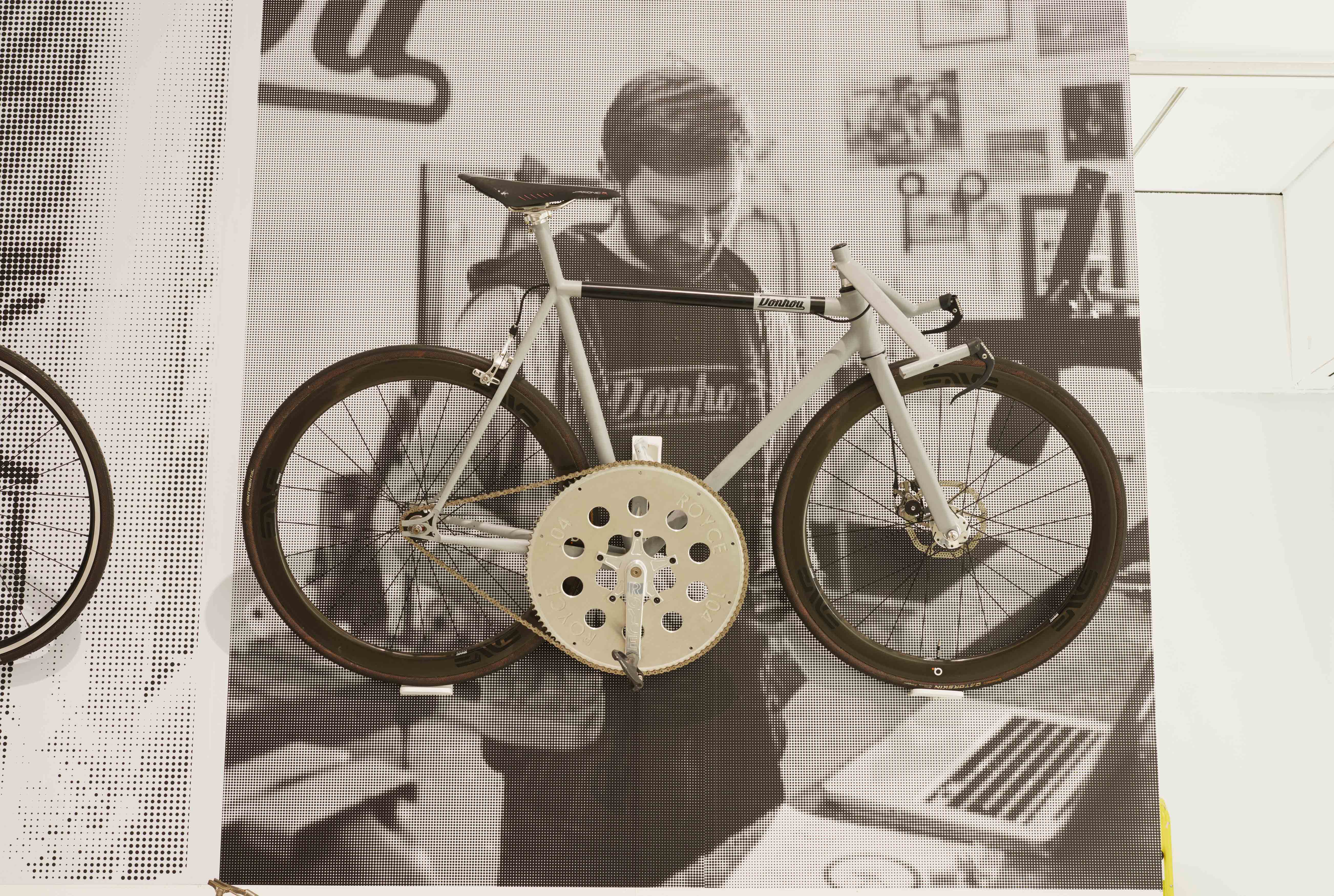 Linkedin
RELATED ARTICLES
OTHER ARTICLES
In Glasgow, life expectancy is reduced by 15 per cent. In a new project, photographer Kirsty Mackay reflects on the lives cut short.
The street-skating pioneer talks life, legacy and why, after all these years, he still views his monumental career as a case of ’right time, right place’.
As the role of the nuclear family is increasingly called into question, people are finding new ways to exist outside heterosexist norms.
In Sheffield, food delivery drivers are fighting back against one of the giants of the gig economy.
With a new bill seeking to further criminalise asylum seekers, the work of a group of volunteers monitoring small boats in the English Channel is all the more vital.
The Philadelphia local has made a name for himself capturing the hardcore scene – and over more recent years, he’s been ramping up his coverage of the fight for social justice.