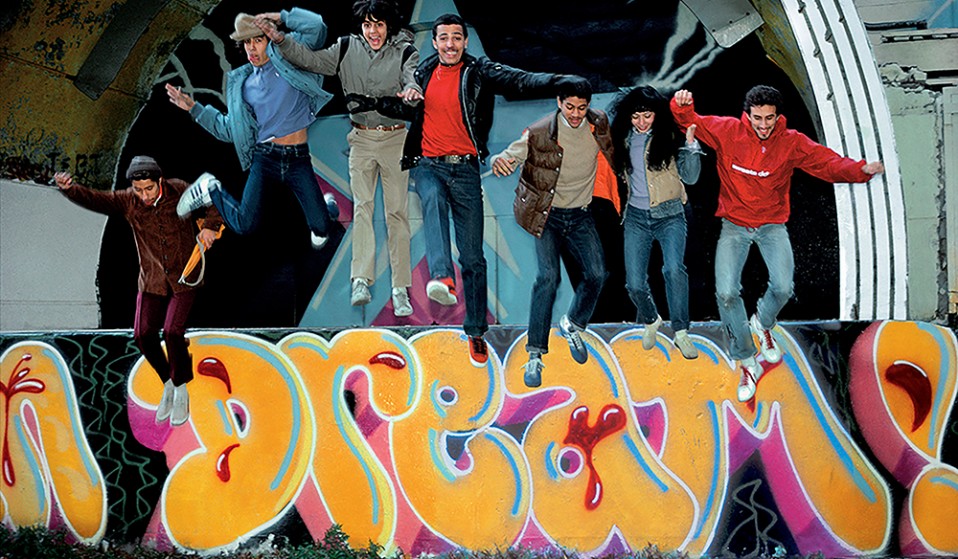 Martha Cooper and Henry Chalfant were among the first professionals to seriously document the burgeoning graffiti scene in New York City - one that created havoc for panicked city officials but went on to define an era. Their resulting 'graffiti bible', Subway Art, has just been reissued.

Martha Cooper and Henry Chalfant’s Subway Art captured an era, stocked with photographs of New York imagery that remains iconic and identifiable, but long rendered of the past by persistent government meddling.

It wasn’t always this way. Subway graffiti was at one point a key element of New York iconography. Think of any Manhattan sitcom in the 1980’s, with smartly-dressed urbanites traveling borough to borough on clunky, rattling subway cars, amidst a sea of colourful scrawls and tags. These sitcom stars looked out of place, sure, but the clash of cultures and ideas was creative shorthand for the city’s intersection of rich and poor. All extremes of life clumsily piled on top of one another – separate but equal. 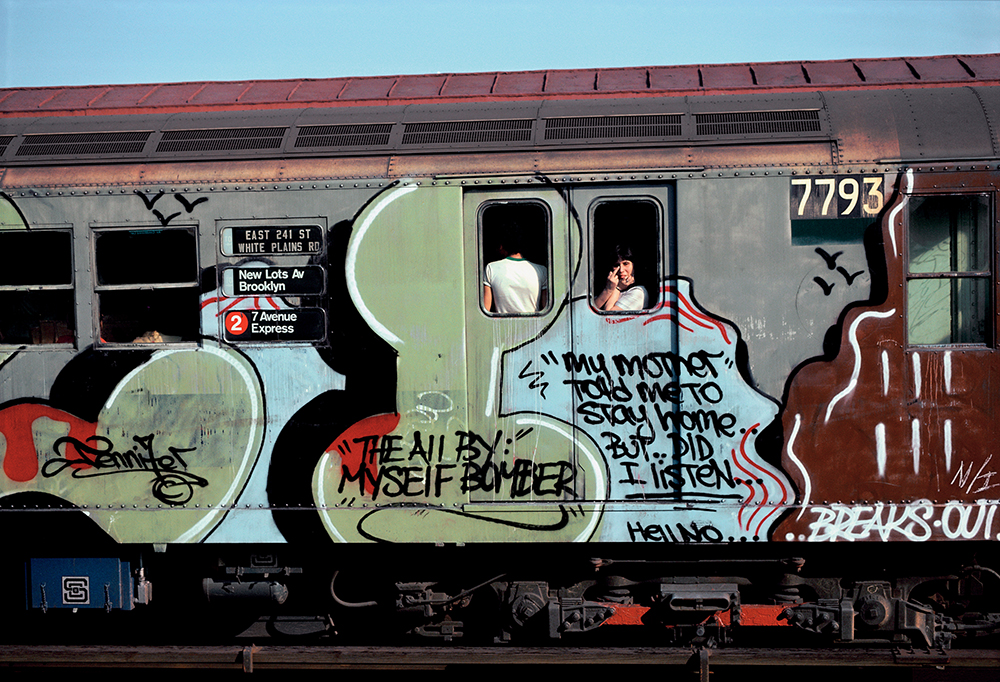 This, of course, came before New York State’s mission to ‘clean up’ the streets. It was a well-intentioned plea to reduce crime in the city – but which often took the form of cracking down on grassroots forms of creativity, leading to widespread gentrification that has arguably sucked the life out of the entire state.

Throughout the ’70s and ’80s, graffiti was a key target, meaning large-scale bombing of subway cars became a transient experience. You better take a look now, because city officials will be along in the afternoon to wash it all away. 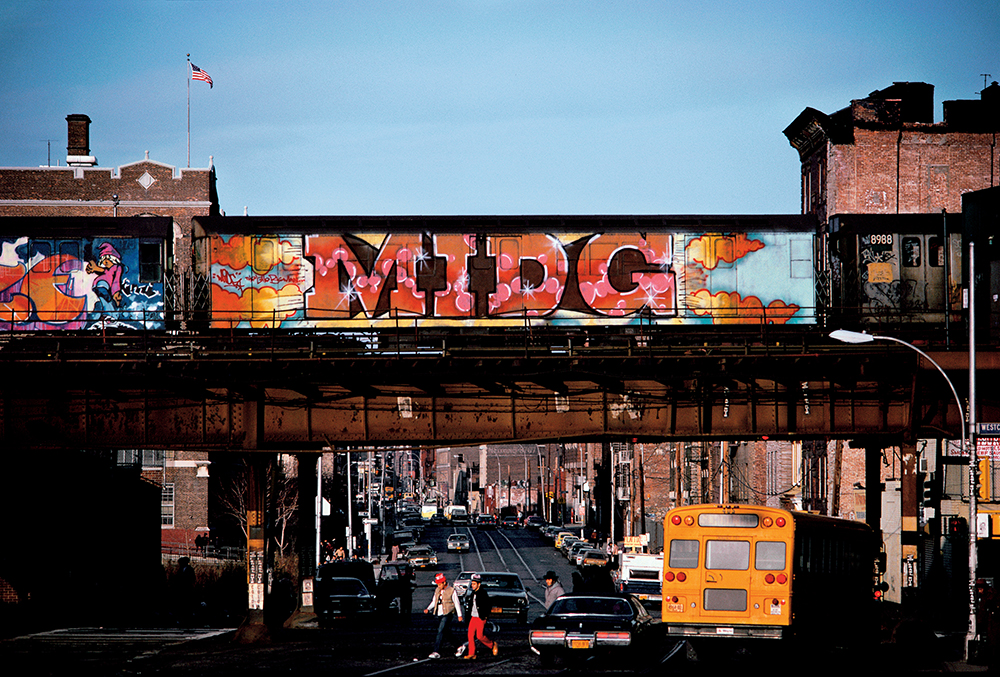 Luckily Martha Cooper and Henry Chalfant were there to snap some photographs before city-approved chemicals wiped the surfaces clean. Their work went on to form the subsequent ‘graffiti bible’ Subway Art. Originally published in 1984, the photo book has now undergone a large-scale reissue, featuring close to 70 previously unpublished photographs and a new introduction and afterword. Gathered here are some of the duo’s incredible images. 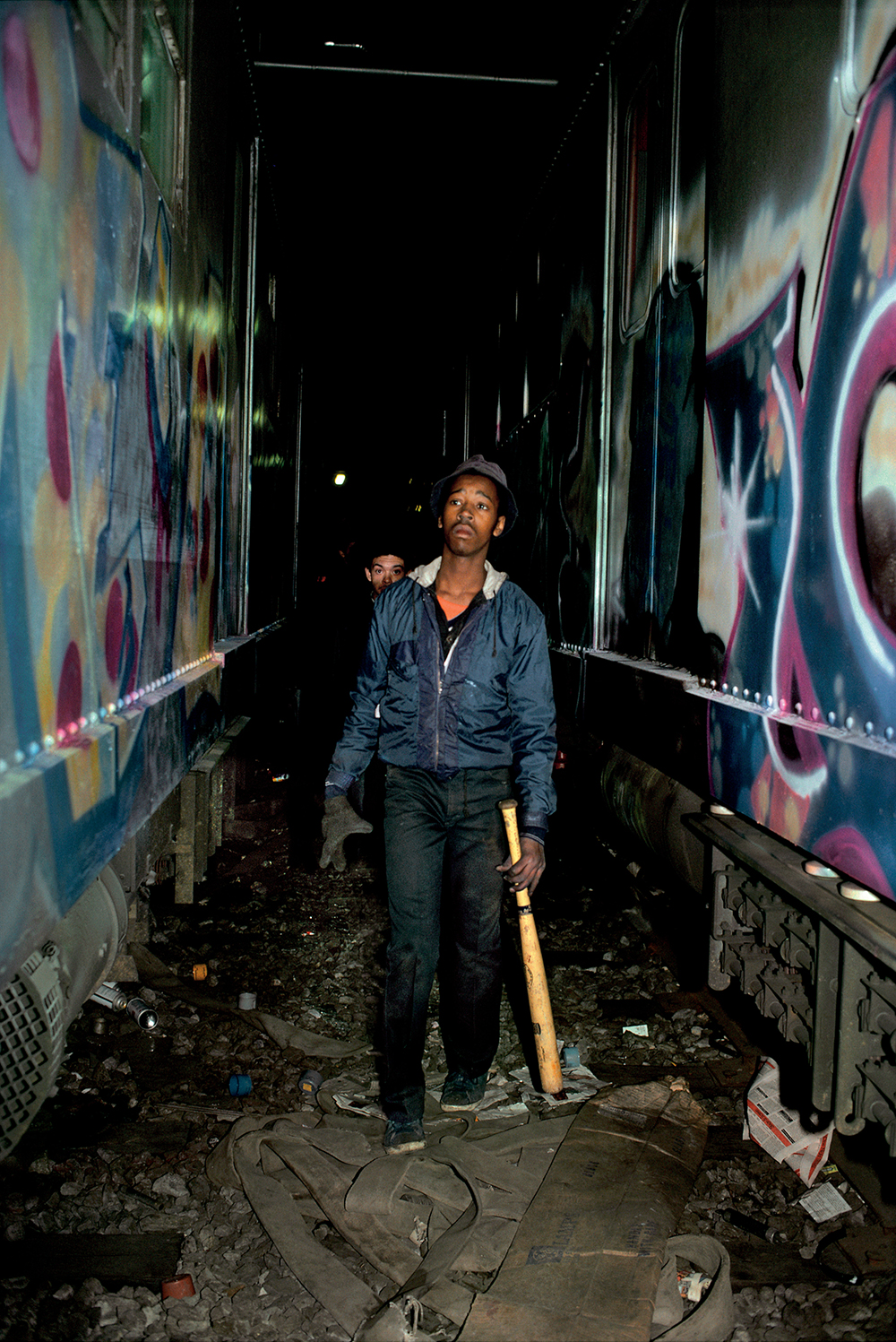 Dez on lookout with a baseball bat in the 3 Yard, Manhattan, 1982. Photograph: Martha Cooper 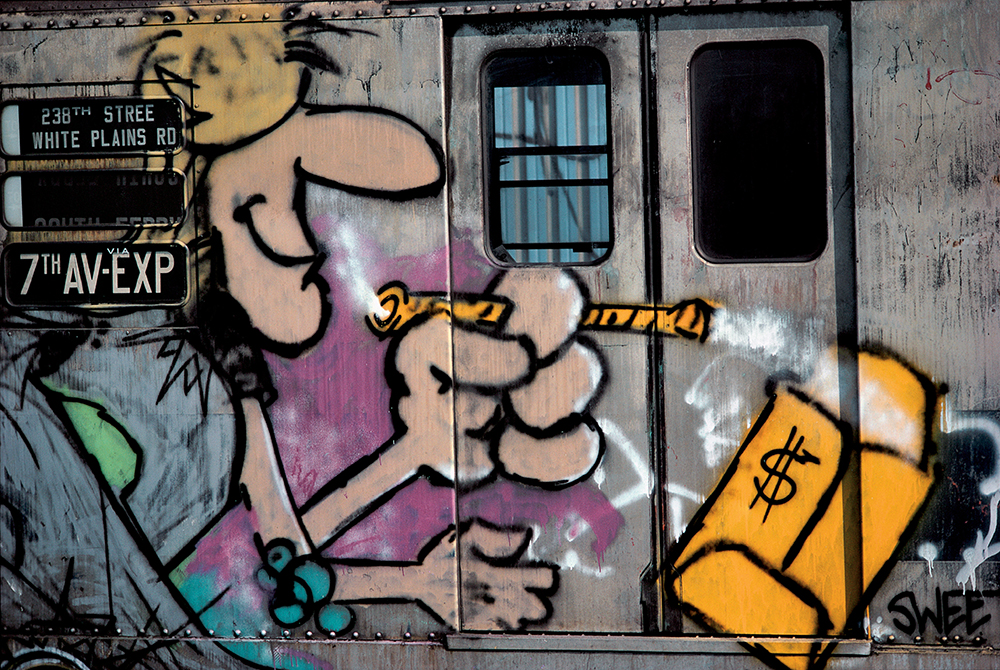 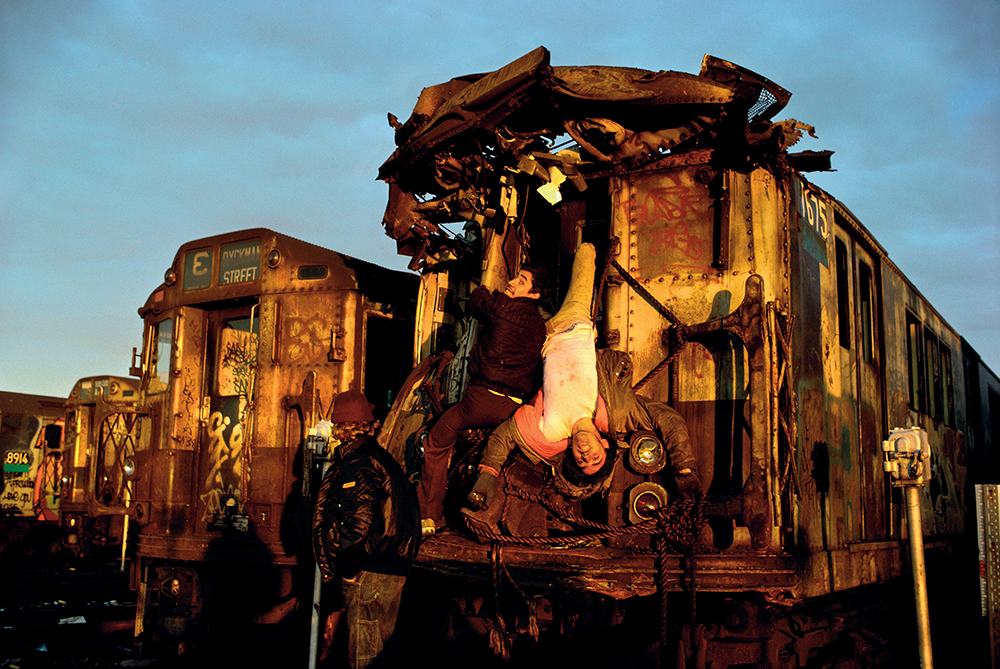 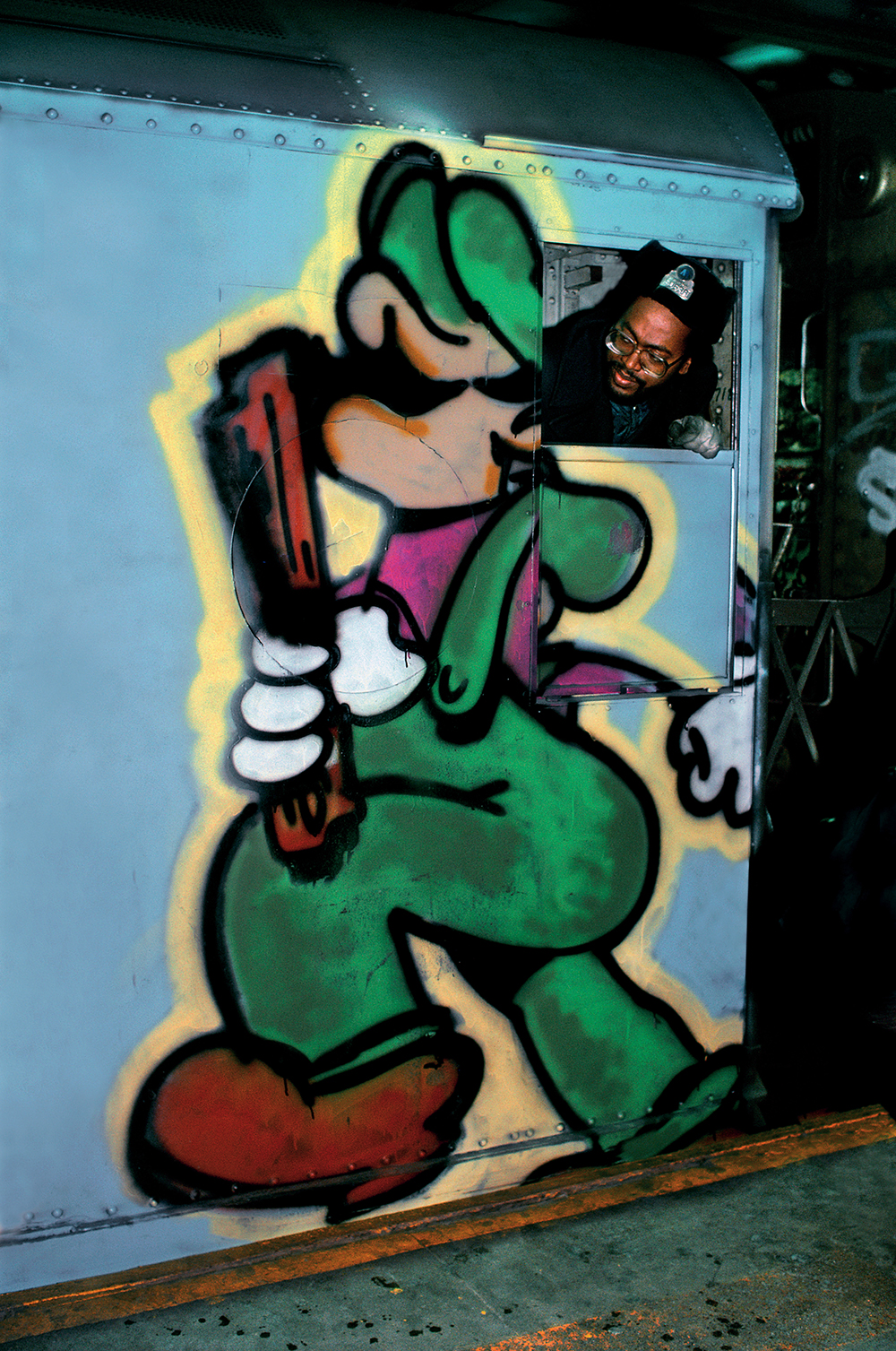 Subway Art, by Henry Chalfant and Martha Cooper, is published by Thames & Hudson and is available to purchase here.

Linkedin
RELATED ARTICLES
OTHER ARTICLES
The first-generation graffiti artist reflects on the tagging’s emergence as an art form and the players who pushed the medium forward.
After fleeing the war in Ukraine, people are finding it impossible to secure affordable and decent housing in the UK.
After blocking the Scottish government’s gender recognition reform bill, Westminster is now devising further changes to the law to make it harder for trans people to self-identify.
After building his reputation covering the US civil rights movement in the 1960s, the photographer went on to produce some of the most enduring images of the past century.
Mass crustacean die-offs in the North East have led a community of fishermen to take action to save their seas.
A new film from Berghaus traces the story of Adam Raja, who left behind a turbulent upbringing to discover the healing power of climbing.