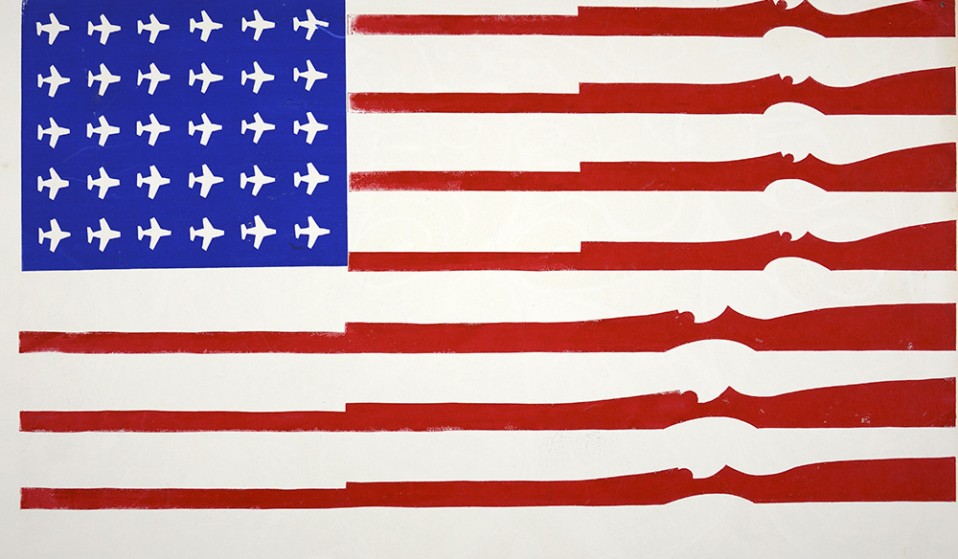 Inspired by the Vietnam draft and the killings of unarmed students at Kent State, the posters are a stark snapshot of student activism – '70s style.

Inspired by the Vietnam draft and the killings of unarmed students at Kent State, the posters are a stark snapshot of student activism – '70s style.

Berkeley University in California has long been associated with student activism. Starting with the free-speech protests and the beginnings of the counterculture movement in the 1960’s, to the week-long rallies against police violence in 2014, and everything in between.

The posters stem from demonstrations against a wave of militant conservatism in the early 1970’s. Not only the 1970 massacre of four unarmed students at Kent State University by members of the National Guard, but also the continued Vietnam War and President Nixon’s decision to reinstate the military draft. 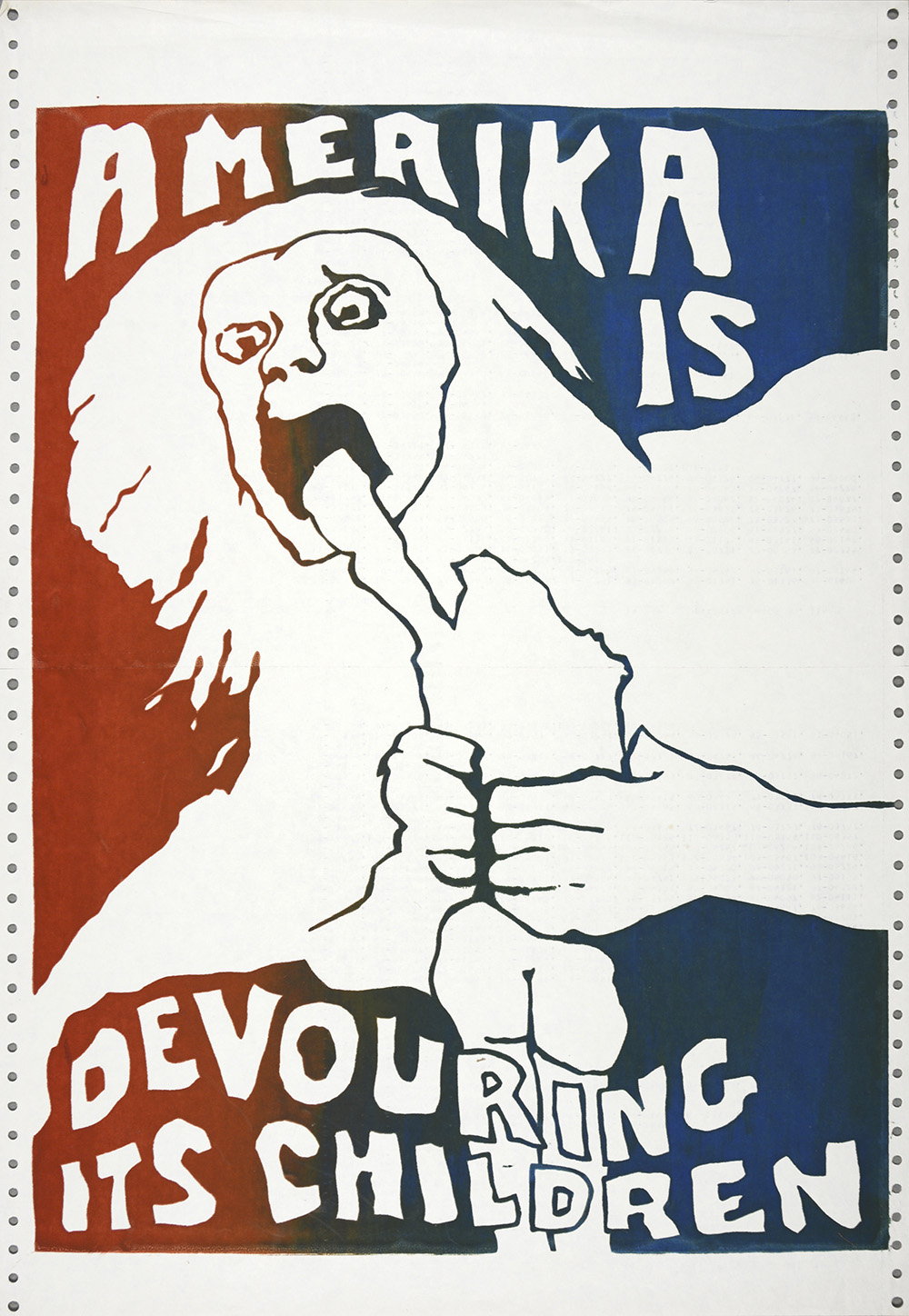 The posters themselves are the work of the university’s Political Poster Workshop, a campus collective of art, design and politics students. In the wake of the Kent State killings, the group immediately launched a production line of silk-screening and cardboard printing for protest, with the 50 posters on display the last remaining relics of their demonstrations.

Barry Miles, curator of the exhibit, says that the posters are “a frozen snapshot of American graphic design at the end of the sixties, as well as a unique sociological record of a society in crisis.” 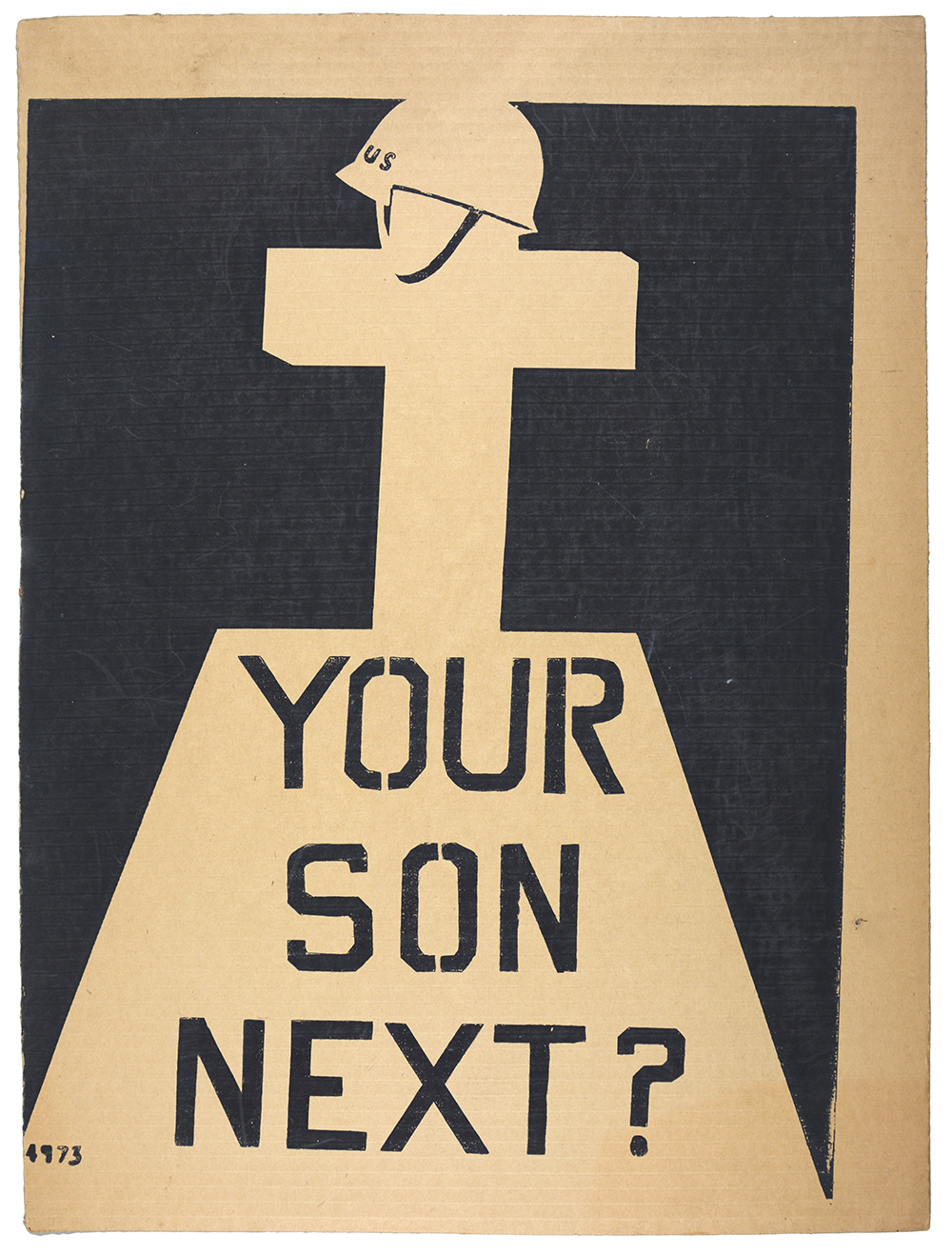 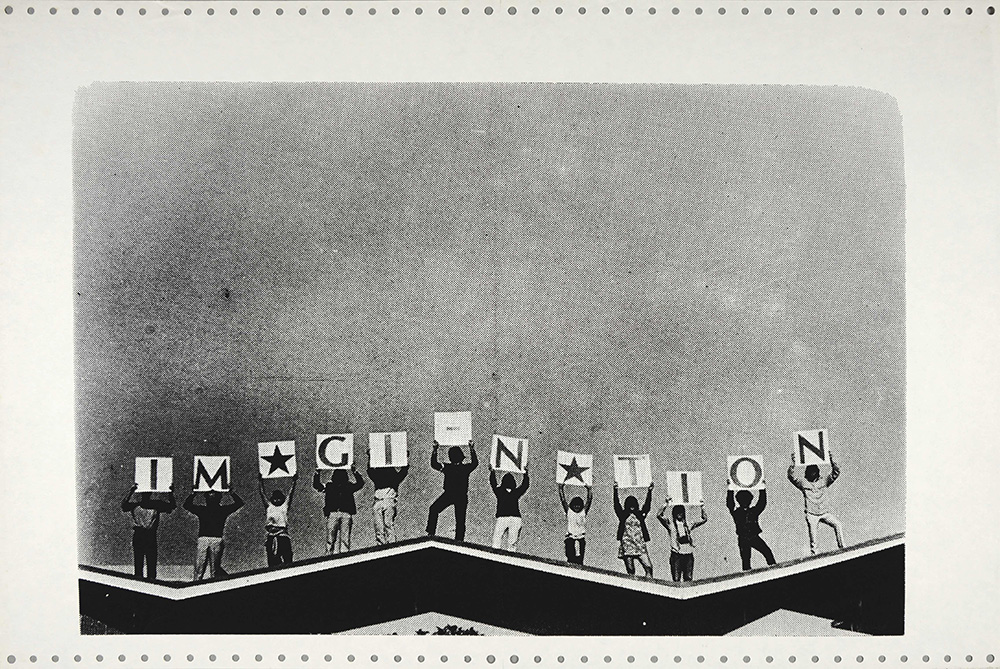 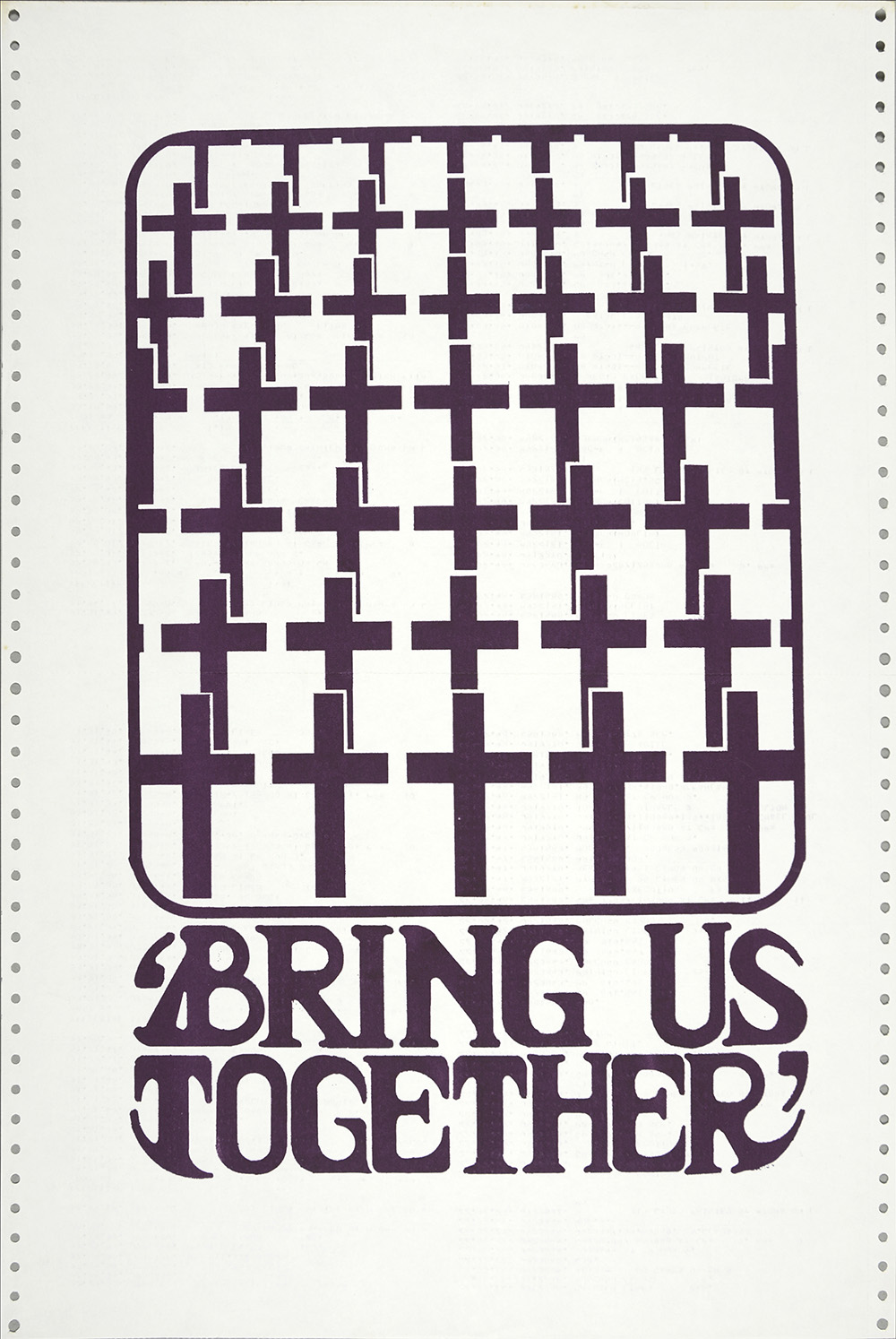 Bring Us Together, 1970. Courtesy Shapero Modern. 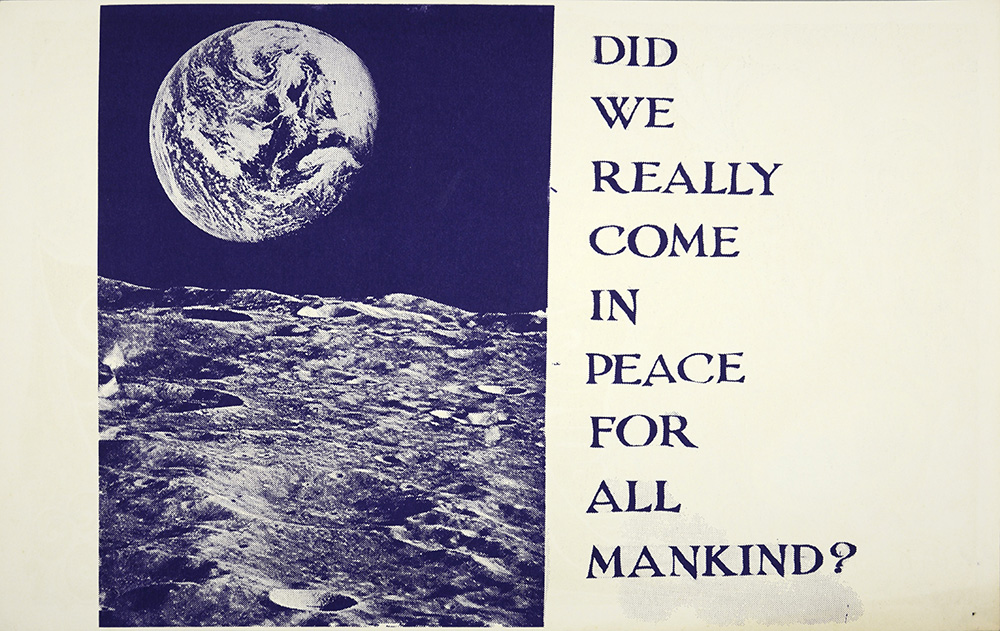 Did We Really Come In Peace For All Mankind?, 1970. Courtesy Shapero Modern. 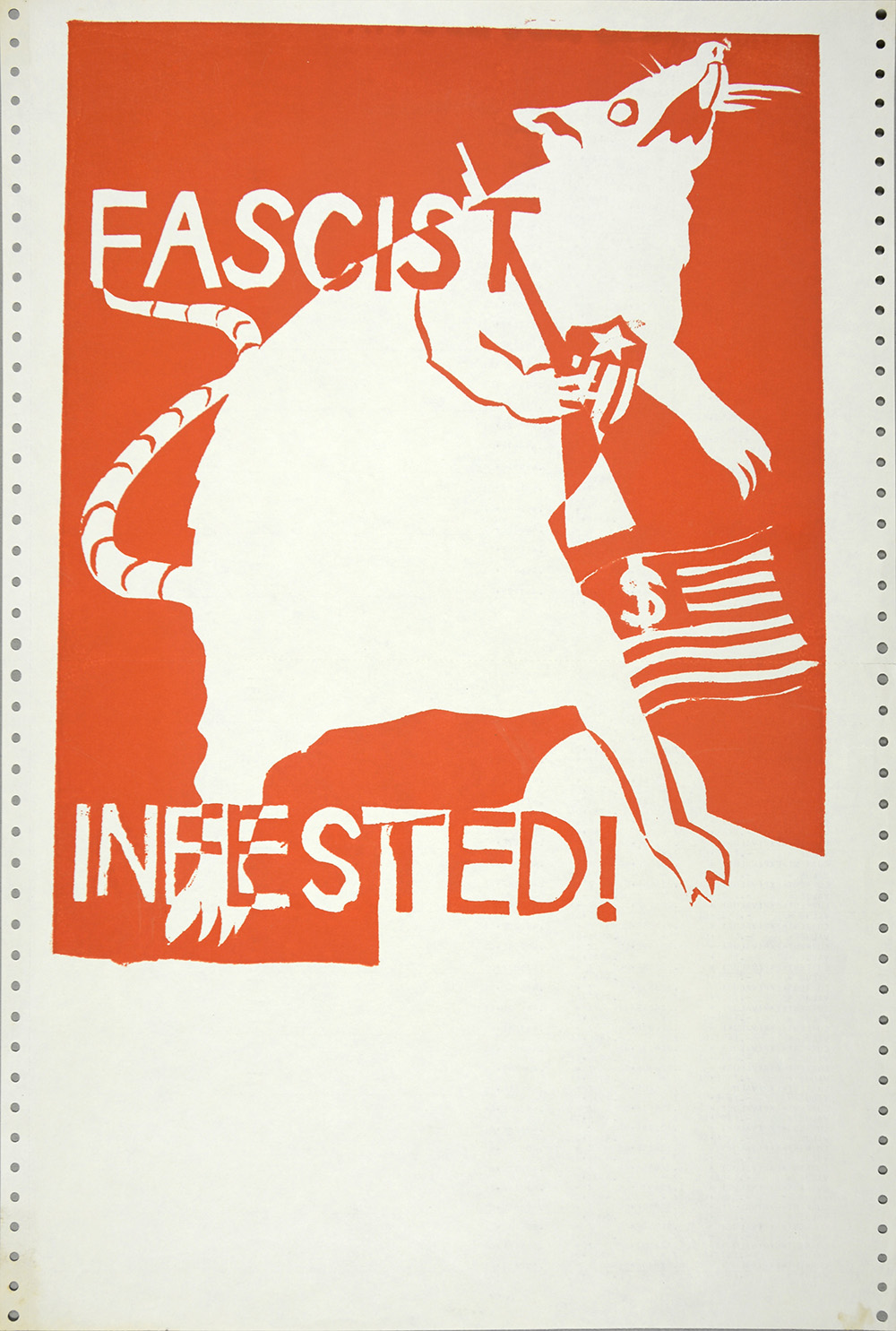 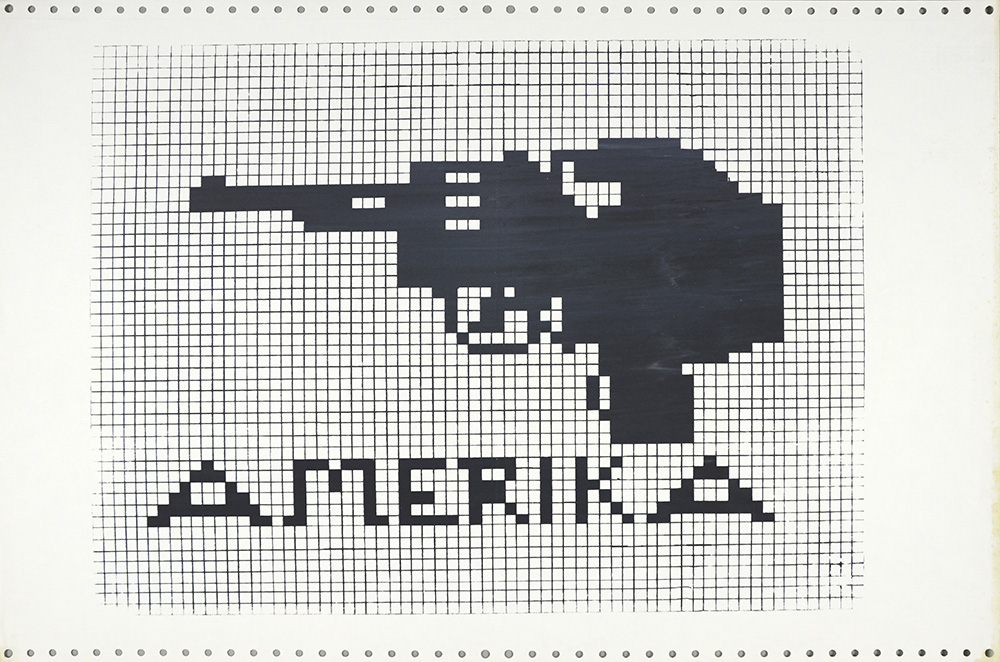 Find out more about America in Revolt: The Art of Protest, at Shapero Modern until February 27.

Linkedin
RELATED ARTICLES
OTHER ARTICLES
Financial turmoil is pushing people who work in the sex industry into more dangerous and desperate situations as a means of survival.
In his 2008 series, the photographer pictured himself as Angela Davis, Martin Luther King Jr., Malcolm X, and other prominent figures.
With skyrocketing rents, packed out viewings, bidding wars and more, renting in London has never been harder.
The idea that a younger generation is abandoning work has become a popular narrative online, but it doesn’t necessarily reflect reality.
Sean Maung’s photos are a love letter to the Black and brown communities that make up New York.
Ahead of the release of their first collaborative album, the producer and rapper talk psychedelics and the state of UK hip hop.