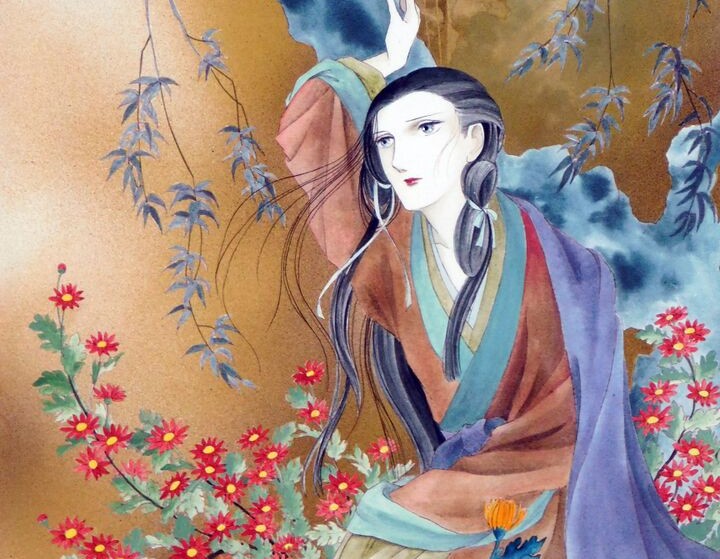 The Atkinson Galleries, Southport presents the first major exhibition of Japanese Shojo Manga in the UK.

The Atkinson Galleries, Southport presents the first major exhibition of Japanese Shojo Manga in the UK.

Shojo Manga or ‘Girls’ Manga’ is a postwar genre of manga, which was popularised and expanded upon by an innovative group of Japanese artists, from the 1970s onwards.

Shojo Manga: The World of Japanese Girls’ Comics at The Atkinson Galleries, Southport showcases a selection of work from three of the most pioneering artist of the genre: Akiko Hatsu, Yukio Kai, and Keiko Takemiya – alongside work from a further 17 artists. With a series of replica Genga “Dash” high quality digital prints, it’s the first exhibition of its type and a collaboration with the Kyoto International Manga Museum.

In the old, renovated Victorian establishment that is the Atkinson, the coming together of traditional English art and architecture with pop art from the land of the Rising Sun seems like a bizarre collision of two entirely different worlds. Passing through the Atkinson’s rooms of heavy and dark oil paintings, reaching the manga exhibition feels like a breath of fresh air – with the bright, manga artworks appearing very accessible. 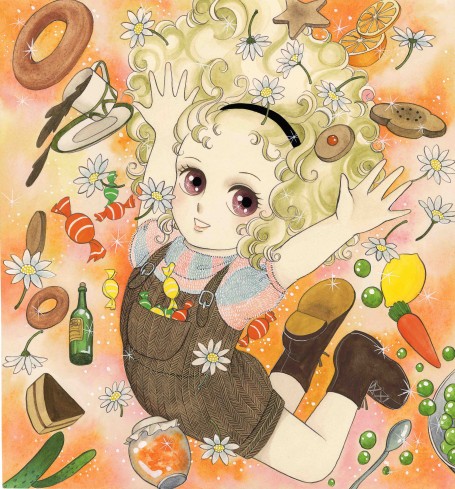 Although they share many elements of style, the three major artists demonstrate notable differences – exploring themes from Japanese tradition to science fiction and embracing other cultures. A soft palette of delicate pastels, sewn together with fine black lines, which are smooth and perfect, defines this style of drawing, creating a seemingly effortless beauty with each piece.

Akiko Hatsu’s work delves into a world of cultural and societal stories; from ghost-stories which focus on romance and love, to adventures which examine cultural landscapes. Executed in immaculate detail, the characters have impossible figures and entrancing stares. Their large, captivating eyes and forceful postures often convey a subtle sexual confidence, developed through a very feminine style and attitude that underlies the work.

Yukio Kai, who gave her younger sister Akiko Hatsu work as an assistant, had a career of just five years before her untimely death at 26. In that time her work touched upon themes of childhood adventure and fantasy worlds. Similar to her younger sister’s work, Yukio Kai’s palette is soft and subtle, yet the colours are brighter and bolder. Her work is perhaps directed at a younger audience than Hatsu’s, and the sexual confidence is replaced with innocence and wonder. 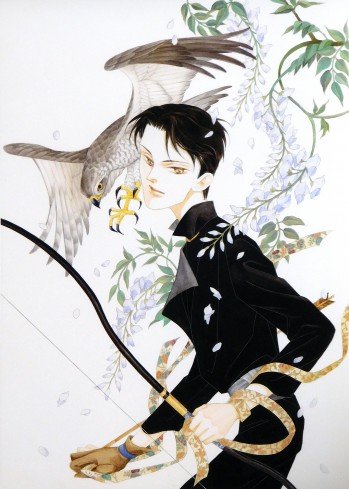 Keiko Takemiya’s work is markedly different to Hatsu’s and Kai’s. It wanders into the bizarre realm of sci-fi, with darker backgrounds flooded with black and bright primary colours lighting up the cosmos. One theme of Takemiya’s work is a future in which the Earth’s destruction seems inevitable. With heroic characters in extraterrestrial settings – meteors, collisions, doom – it is worlds away from ghost-stories and adventures.

Taken together, the work is a fascinating eye opener to a relatively unknown cultural movement – in the UK at least – and the viewing experience will transport you from its setting of a small northwestern town, to a bright new world.

Shojo Manga: The World of Japanese Girls’ Comics is at the The Atkinson Galleries until Sunday 14 February 2016. Free admission.

Linkedin
RELATED ARTICLES
OTHER ARTICLES
Following the release of his latest album, the rapper talks about finding a new approach to songwriting, attitudes to poverty, and why his music is more than a political statement.
Tough fines and arrests for drug possession and supply is pushing festival-goers towards unsafe measures to consume or smuggle in their substances.
With the UK now set to run out of vaccines, people working in the sex industry – particularly outside of major cities – have been left especially vulnerable, reports Brit Dawson.
Danny Burrows discusses his new series of images documenting an pacifist anabaptist community who lead an alternative way of life.
One year on from the fall of Afghanistan to the Taliban, Tiara Ataii speaks to those who have been forced to make the treacherous journey to Europe for safety, and the barriers and horrors they have faced.
From the early originators to the female writers at the forefront of today’s scene, we talk to the artists redefining graffiti’s consciously macho origins.