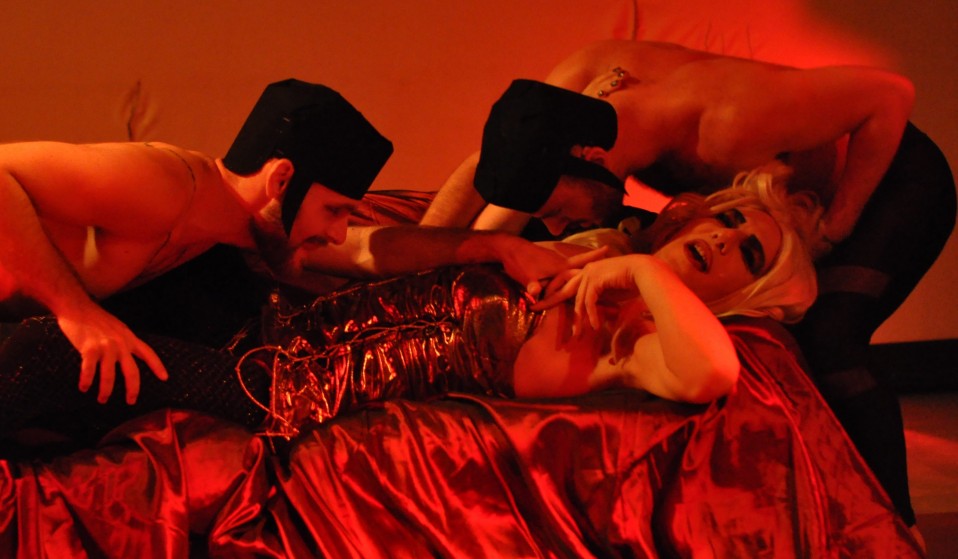 Filmmaker Konstantinos Menelaou explains how by relaunching The Queer Archive in Athens he hopes to catalyse queer arts and activism in Greece and beyond.

Filmmaker Konstantinos Menelaou explains how by relaunching The Queer Archive in Athens he hopes to catalyse queer arts and activism in Greece and beyond.

Paola Revenioti is standing in the middle of London’s George and Dragon pub in tears. Paola is a trans prostitute and activist who first went into the streets of Athens in the 1980s. She used earnings from her nighttime business transactions to fund the pioneering trans-anarchist fanzine Kraximo (Greek for ‘gaybashing’) and the very first gay pride events in Athens in the early ’90s. No-one has done more to promote LGBT culture in Greece, but her contributions went largely unrecognised – even in her home country – for decades. Seeing her work appreciated here and being taken seriously as both an artist and activist by an international audience, she’s overcome with emotion.

Moments like these are exactly what filmmaker Konstantinos Menelaou had in mind when he founded The Queer Archive in London in 2013 as a platform to celebrate LGBT arts and culture. After a series of events in London, he’s relaunched the project in Athens, to act as a catalyst for queer culture in Greece and to help build new connections between communities around the world. 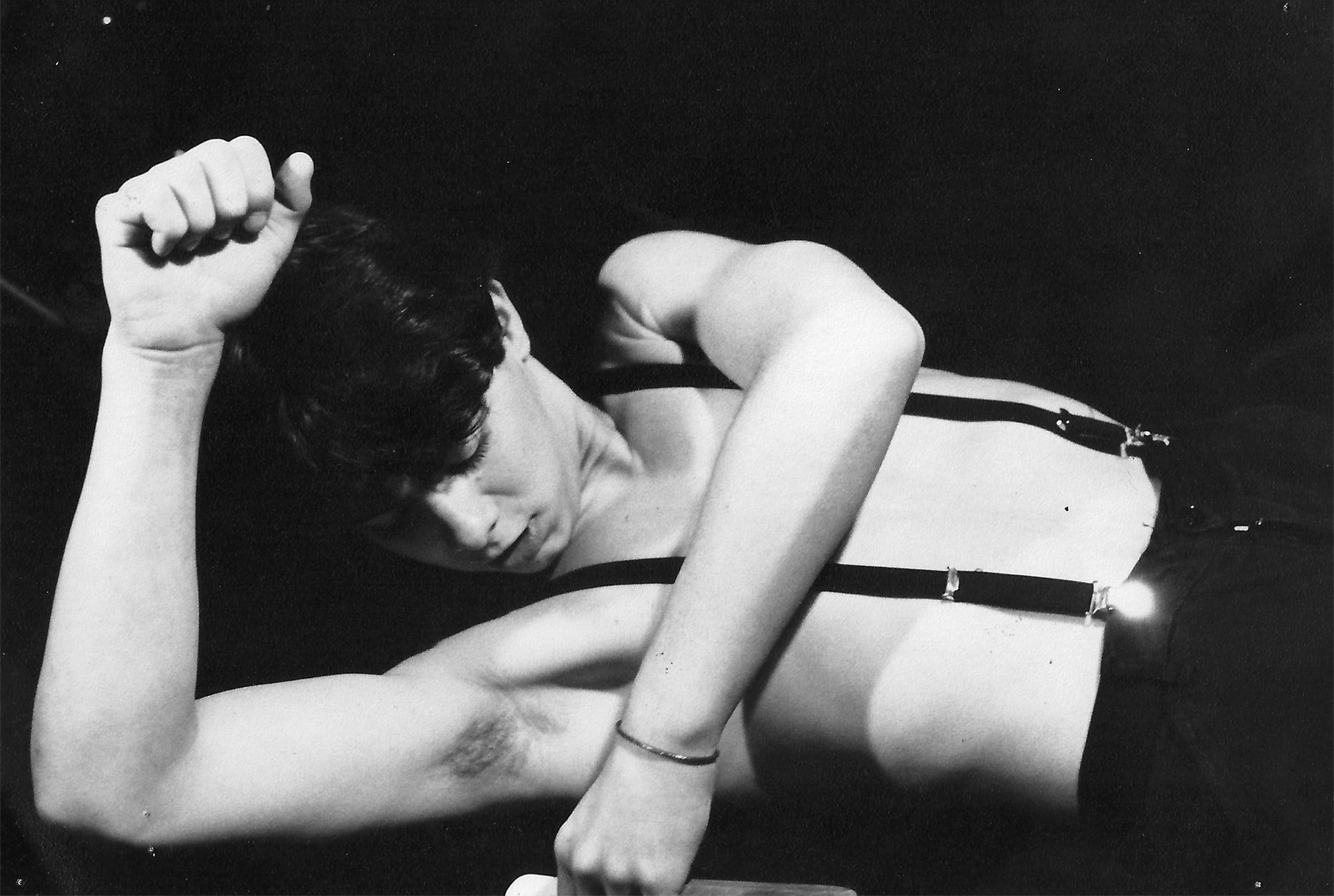 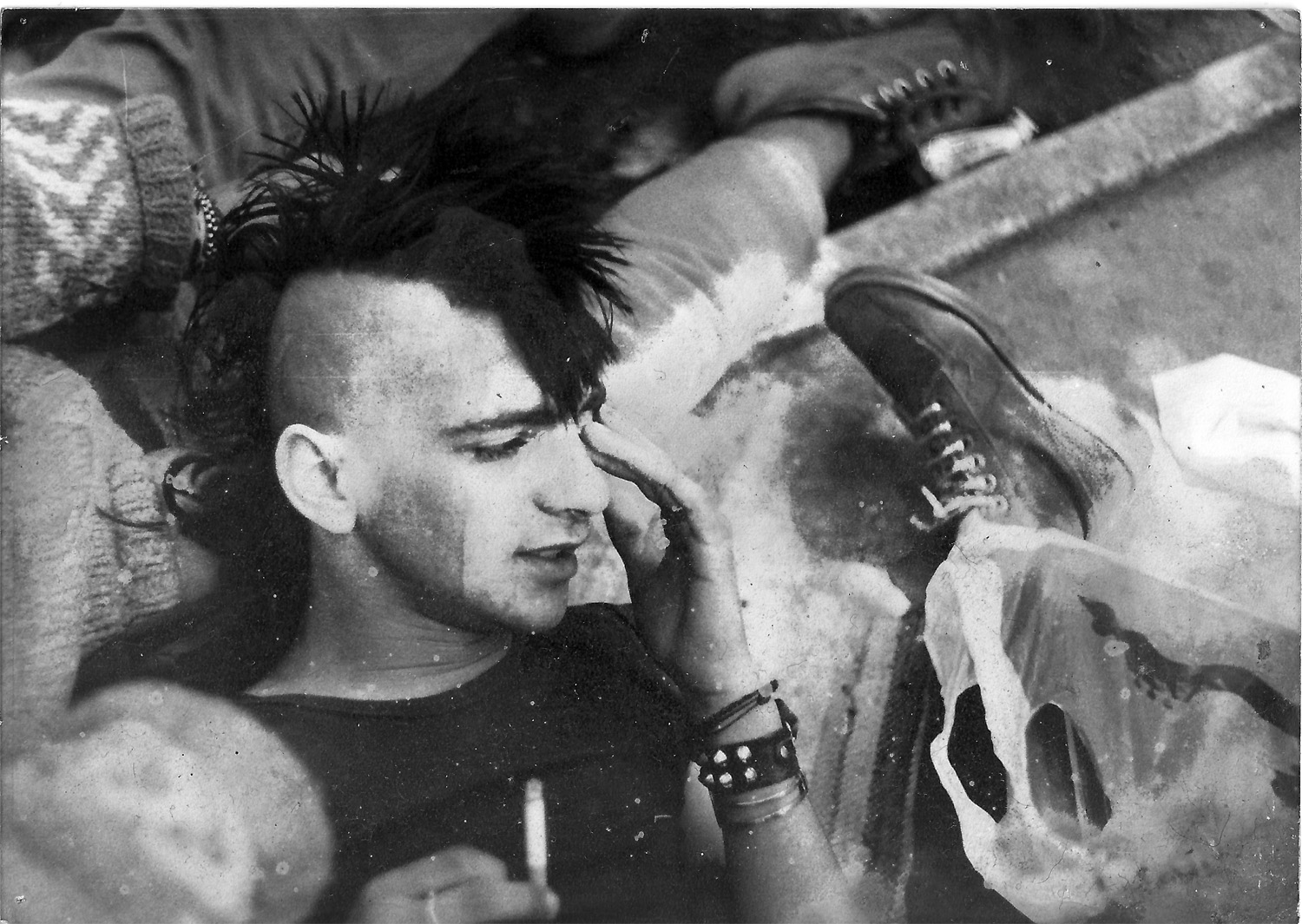 Konstantinos lived in London from 2001 to 2015, where he organised a wide range of arts events as a programmer at Fringe Queer Film and Arts Festival and, later, through The Queer Archive. He’s still impressed by the scale and vibrancy of London’s queer arts scene. “But I started to feel London was becoming less and less creative as time went by,” he says. “It became increasingly difficult to work in a day job, pay the bills and have the energy to do things I wanted to do – you needed time to think and contemplate. Everything required huge amounts of money, so you would have to bring brands on board, which meant recycling the same successful formulas – nothing could be daring.”

In 2014, Konstantinos began work on his experimental feature film He Loves Me, which blends fiction and documentary to explore the unconventional nature of love. An isolated beach in Crete becomes the setting where two boys contemplate their collapsing relationship and escape the loneliness and problematic lifestyles of the big city. Realising he would never be able to devote the hundreds of hours required to finish the film and keep paying London rent, he relocated to Greece in 2015. “There’s no money in Athens, but there’s more time to be creative,” he explains, so he seized the opportunity to relaunch The Queer Archive in a new context and have a bigger impact. 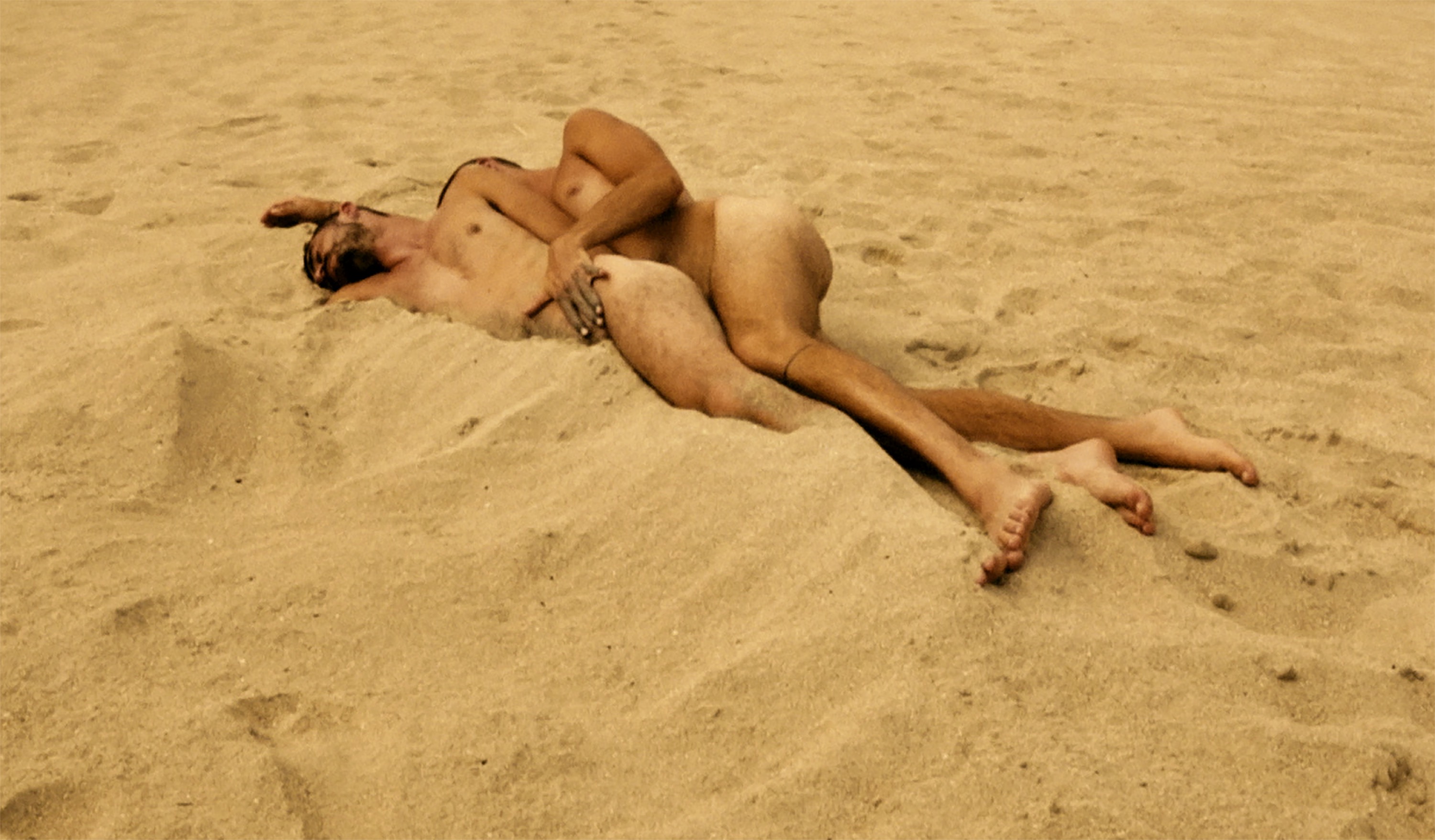 Still from He Loves Me, directed by Konstantinos Menelaou 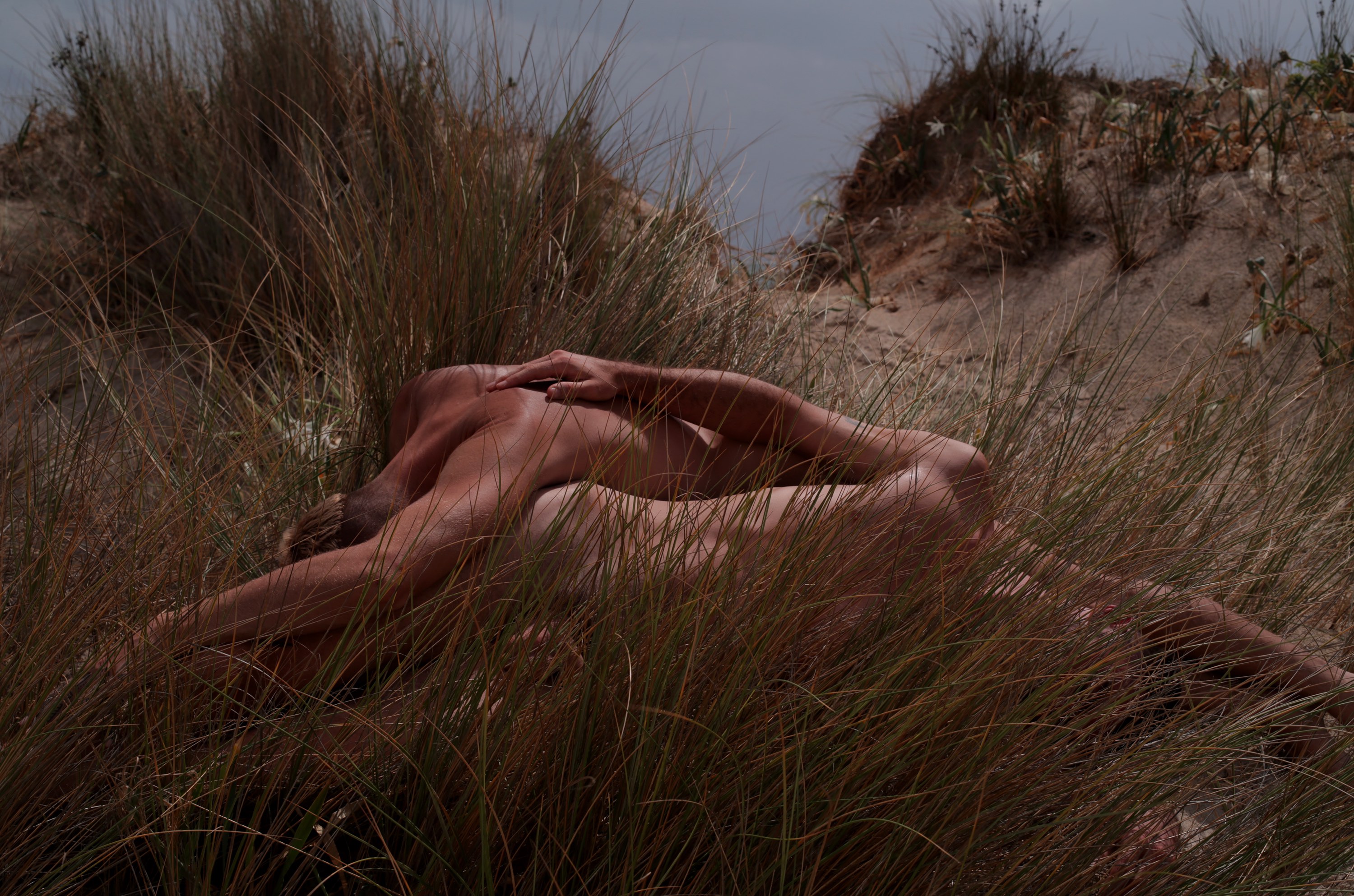 Still from He Loves Me, directed by Konstantinos Menelaou

Progress on LGBT rights in Greece has belatedly taken giant strides in recent years, with civil unions legalised in 2015, but the oppressive influence of the Orthodox church looms large and homophobia is all-too common. Konstantinos argues Greece still has a sexually-repressed culture and there’s little challenging sexual representation in the arts; the enormous Documenta arts festival in 2017, for example, only featured minimal queer representation. The financial crisis has cut off much arts funding and made existing as an artist – especially on the fringes – even more difficult. But the most worrying consequence of the crisis has been the rise of Golden Dawn neo-Nazis, who are responsible for numerous violent homophobic attacks.

While the London scene felt over-saturated at times, Konstantinos found a real hunger for more queer arts and culture in Athens. The Queer Archive’s exhibition of Paola’s artwork in London, which followed an Athens show at Breeder Gallery, was intended to inspire a new generation of Greek artists and activists to build on her legacy and find the confidence to make the LGBT community more visible than ever before. 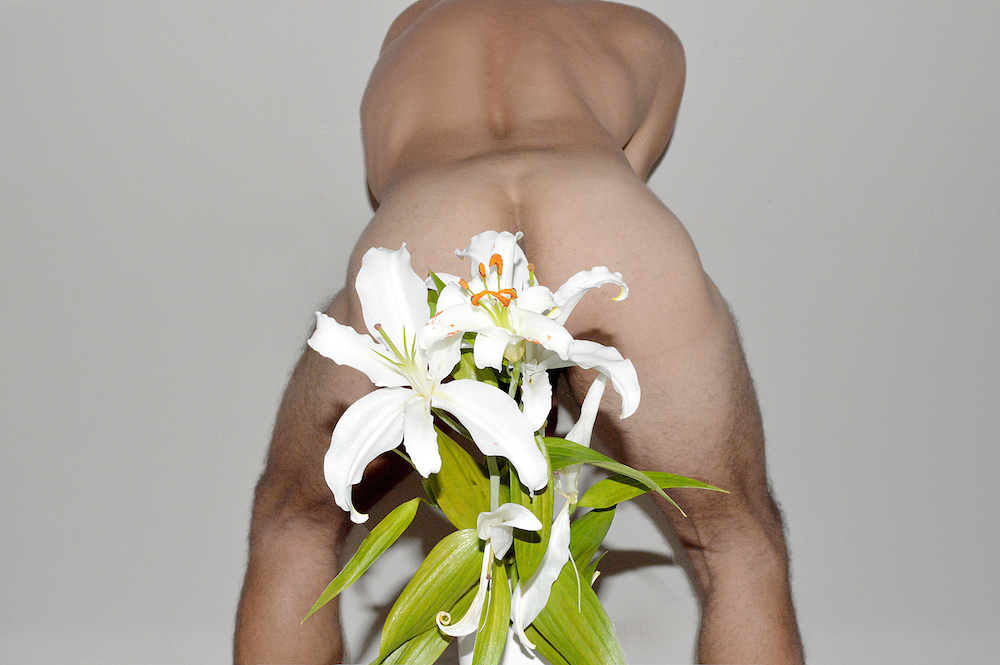 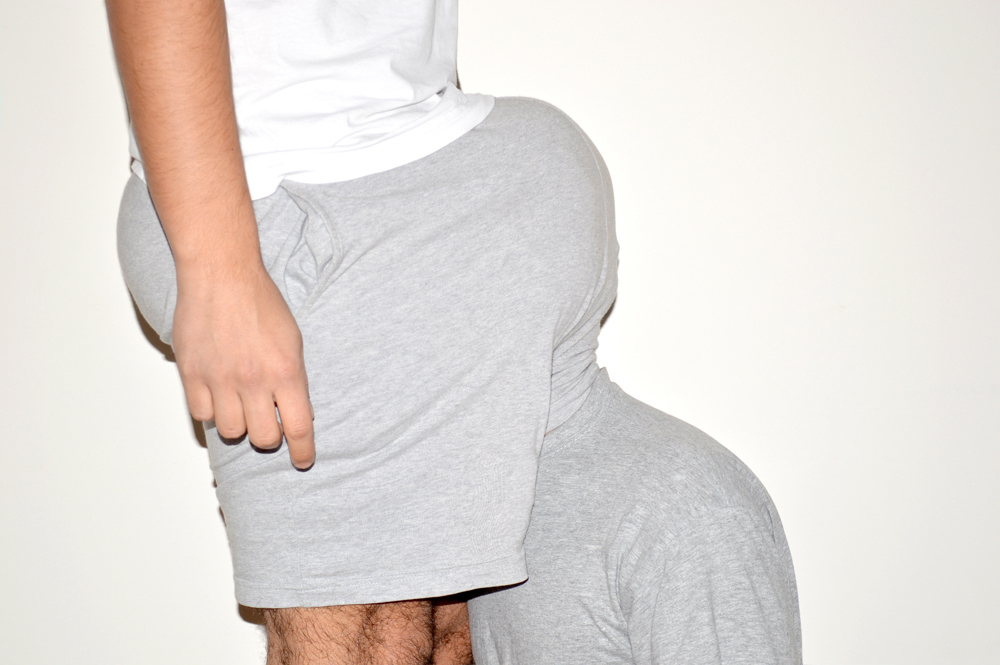 Konstantinos’ ambitions extend beyond showing un-exhibited work, to promoting new work and new voices, like photographer Kostis Fotas, whose Queer Archive show in London helped launch his career. “There are creative people here but they lack opportunities,” Konstantinos says. “Lots of queer artists self-censor themselves, because they’re scared of being ‘found out’ if they express their sexuality. So I have been reaching out because I want to uncover more talent and give inspiration and support for artists to find an audience for their work.”

LGBT refugees are arguably one of the most isolated groups in Greece. They face attacks from fascists in the streets and from law enforcement, who fail to protect them or fully investigate abuses. Homophobic translators have even been known to deliberately mistranslate asylum interviews to sabotage their claims. To connect with this community, The Queer Archive worked with local LGBT groups, drag queens and dance schools to throw a raucous Madonna Dance-A-Long in June 2017. They presented a screening with live dance routines and all proceeds went to support the work of LGBTQI+ Refugees in Greece, who run an Athens squat which is one of the few places the community has to call its own. “I think that’s our proudest achievement,” Konstantinos reflects. “The distinctions dissolved and everybody just enjoyed themselves, with nobody feeling weird or not accepted.” 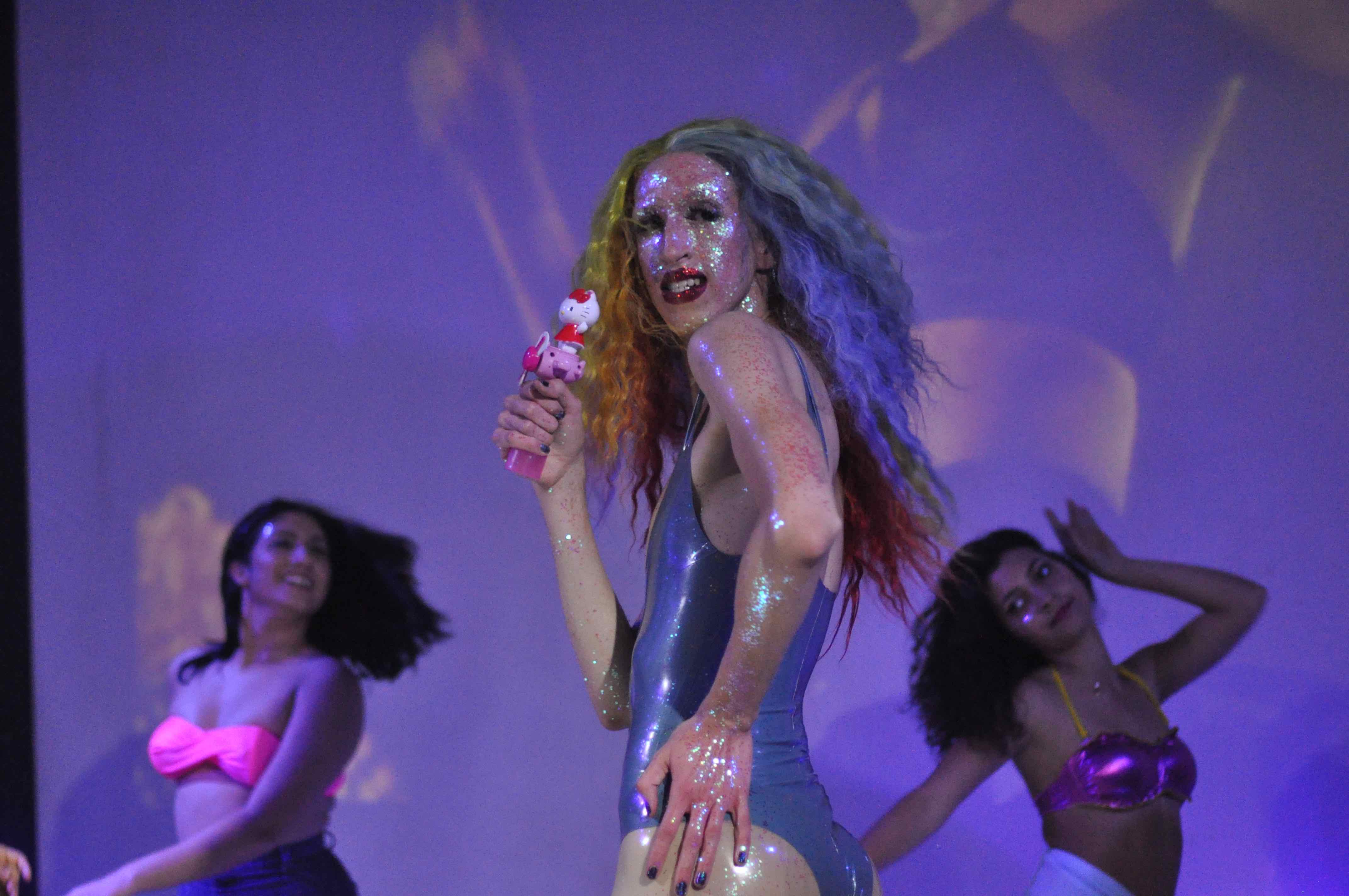 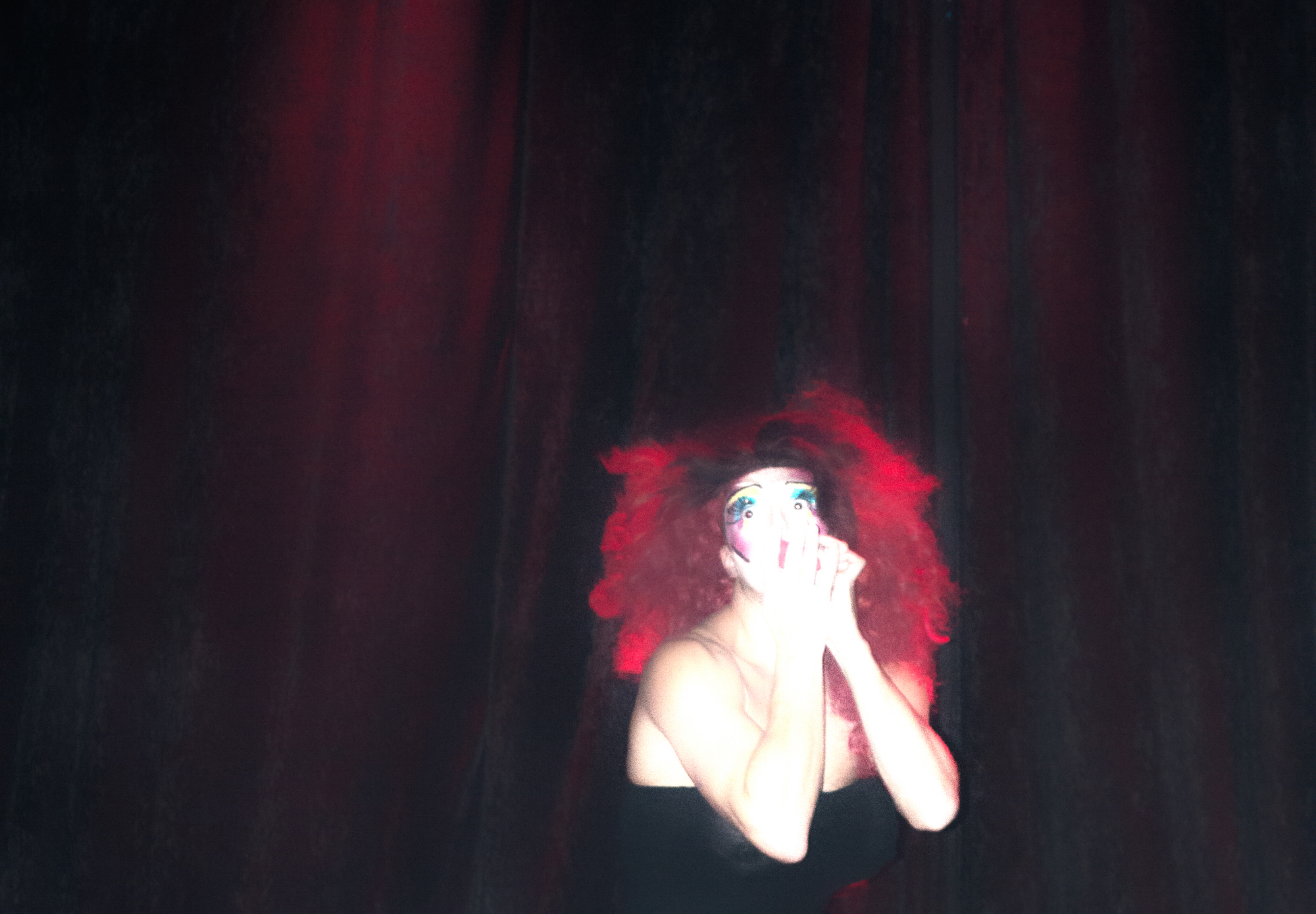 “Saunas are still seen as a bit dirty, they’re about fast and easy sex,” Konstantinos says. “But saunas began as places where gay men could get together, feel safe and communicate. The bright idea of holding the event in the day, was to open it up to the sunlight and recapture some of that romantic energy from when we all used to get together. I didn’t want to make the event exclusive to men, but to invite women, lesbians, trans people or whoever. We can all co-exist and not judge eachother.” 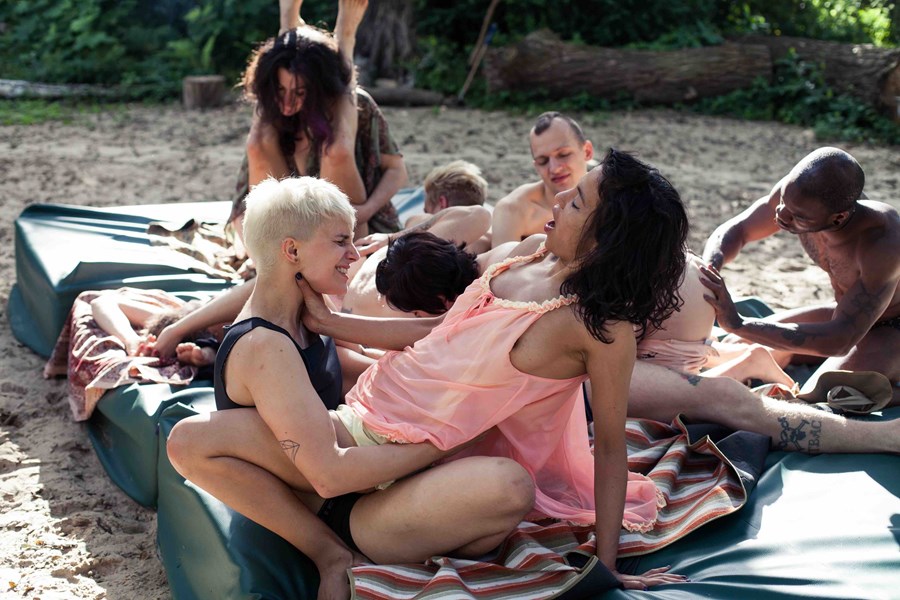 On the set of We Are the Fucking World, shot by Adlan Mansri/Hans Lucas 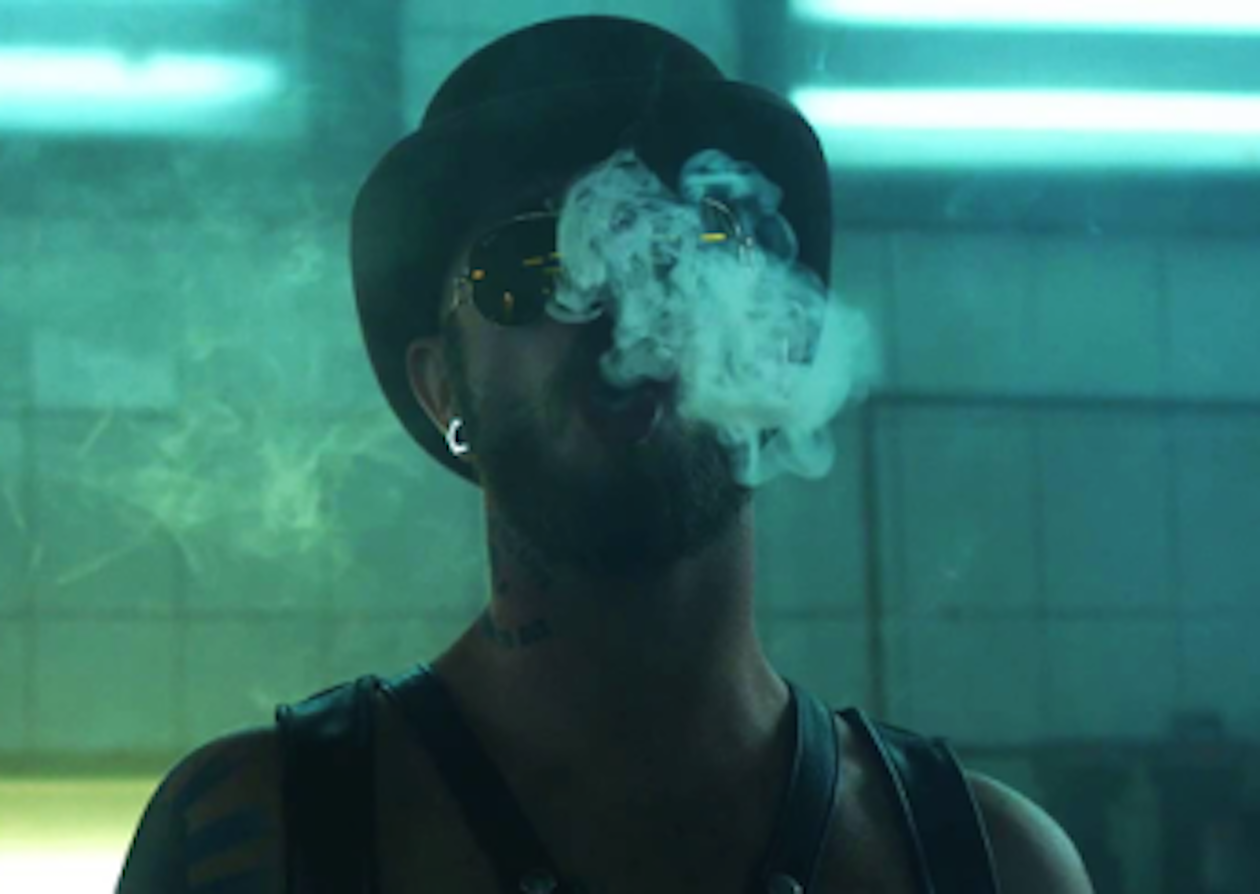 In many ways, Greece is a microcosm for battles playing out globally. Whether it’s Trump, Putin and Le Pen or torch-waving fascists marching proudly in the streets, forces hoping to roll back hard-won battles for equality are in the ascendancy. The economic and social crises of recent years have tested progressive’ capacity to resist, but Konstantinos believes that art, dialogue and togetherness are powerful sources of strength.

“There are so many distributing things happening in Greece at the moment, that have echoes worldwide,” he says. “This community has to fight back because it’s being attacked often – literally by neo-fascists. But the response we’ve received has really excited me. People help out for free because they want to see us succeed. That shows me the community has the energy and motivation to move forward, to become more vibrant and make an impact on society as a whole. I want The Queer Archive to celebrate this community; find fun and stimulating ways to come together; and express who we are through art, because that’s the only way to survive and defeat the forces that are against us.”

Linkedin
RELATED ARTICLES
OTHER ARTICLES
Photographer Becky Tyrell went down to the fading banger and stock raceway to meet a community desperate to keep it alive.
Since 2007, Gideon Mendel has made 20 trips to document floods in 13 countries. The result is an alarming record of what has already been lost to the climate emergency.
A recent High Court ruling against the right to wild camp in Dartmoor National Park sparked the largest land protest in history – and campaigners say their fight is not over yet.
A new law change is enabling Britain’s donor-conceived children to know the truth about their origins – but campaigners say the fertility industry must do more to protect people.
Following the release of his debut single, Deyaz talks battling addiction, dealing with his struggles through music, and building a budding music career from his living room.
At his West Bank restaurant, Fadi Kattan established himself as the voice of modern Palestinian cuisine. Now, he’s bringing his innovative, bold flavours to the UK’s capital.