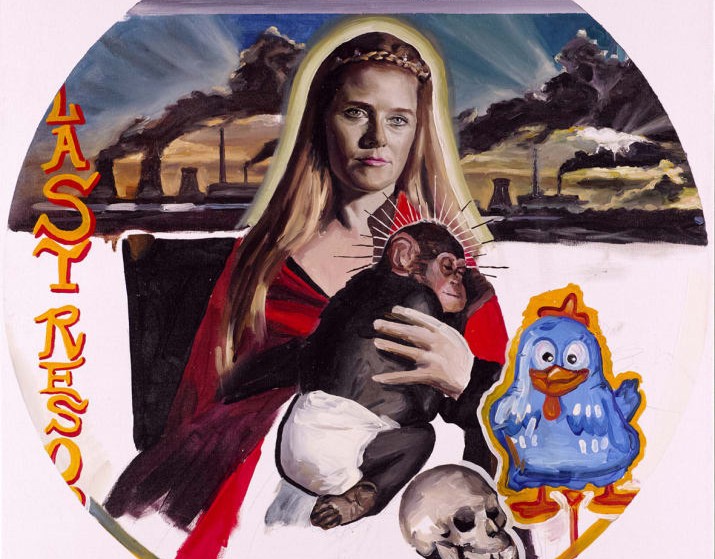 Queermuseu, a groundbreaking exhibition on queer identity, was forced to close on Sunday after receiving pressure from far-right and evangelical groups.

Queermuseu, a groundbreaking exhibition on queer identity, was forced to close on Sunday after receiving pressure from far-right and evangelical groups.

This Sunday, Brazilian art exhibition Queermuseu – a show exploring the subjects of non-heteronormative gender expression and sexuality – was shut down after being targeted by far-right and evangelical groups.

The exhibition, hosted at the Santander Cultural Centre in Porto Alegre, featured over 260 works of art from 85 Brazilian artists, including Volpi, Lygia Clark and Portinari. It was curated by Gaudêncio Fidelis, and put together over the span of seven years. Having opened in early August, it was meant to be on display until October 8th.

The furore started after a video was shared on Facebook showing two male bloggers insulting the “pornographic” exhibition. Much of their outrage was directed at the art which referenced Catholic imagery – something to be expected in a show on LGBTQ art in a country where religion still dictates many aspects of everyday life and, in many cases, perpetuates prejudice and intolerance towards queer people.

In the video, the narrator addresses “fellow Christians” and laughs in a self-satisfied way when he is removed from the exhibit for filming without permission. “[Queer people] are already perverting the idea of family, of respect,” the man claims. “Now they’re making exhibitions promoting paedophilia, promoting promiscuity, even bestiality.” 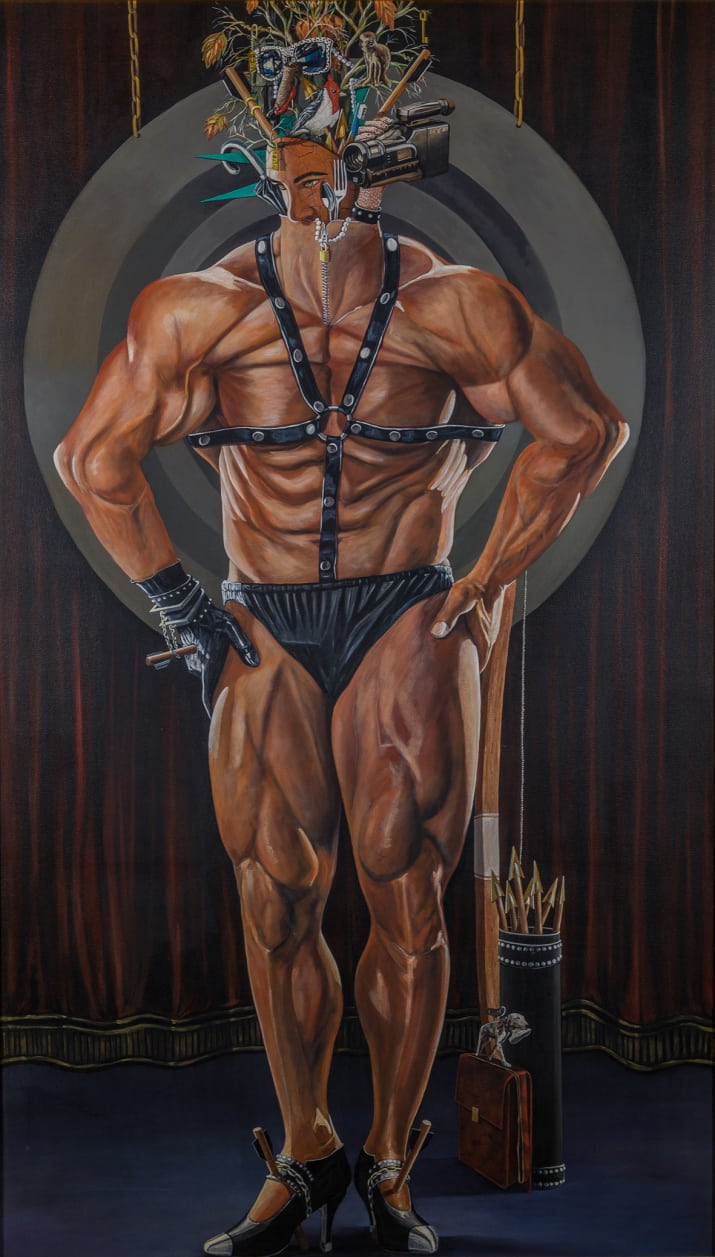 One of the artworks accused of “promoting pedophilia” was a set of paintings of LGBTQ children by artist Bia Leite, which were inspired by Criança Viada (or, in a rough translation “Queer Child”), a tumblr that collated photographs of children, who, from an early age, were not performing their gender “appropriately” – with non-heteronormative mannerisms, for example. The artwork, well-known within the community, sought to address the bullying suffered by LGBTQ children.

The outrage sparked by the Facebook video was largely backed and pushed forward by Movimento Brasil Livre – a hyper-nationalist right-wing movement with over 2.3 million likes on Facebook. They were also supported by various conservative evangelical and Catholic groups.

Within 72 hours, those opposed to the exhibition sent vitriol to Santander’s Facebook page, and began cancelling their accounts en masse. The bank, who hosted the show, eventually bowed to this pressure and decided to pull the exhibition.

In a statement released after the artworks’ removal, the bank acknowledged the protests and profusely apologised to anyone that might have been offended by the exhibit. “When art does not generate inclusion and positive reflection, it loses its greater purpose, which is to elevate the human condition,” the bank said in a statement. 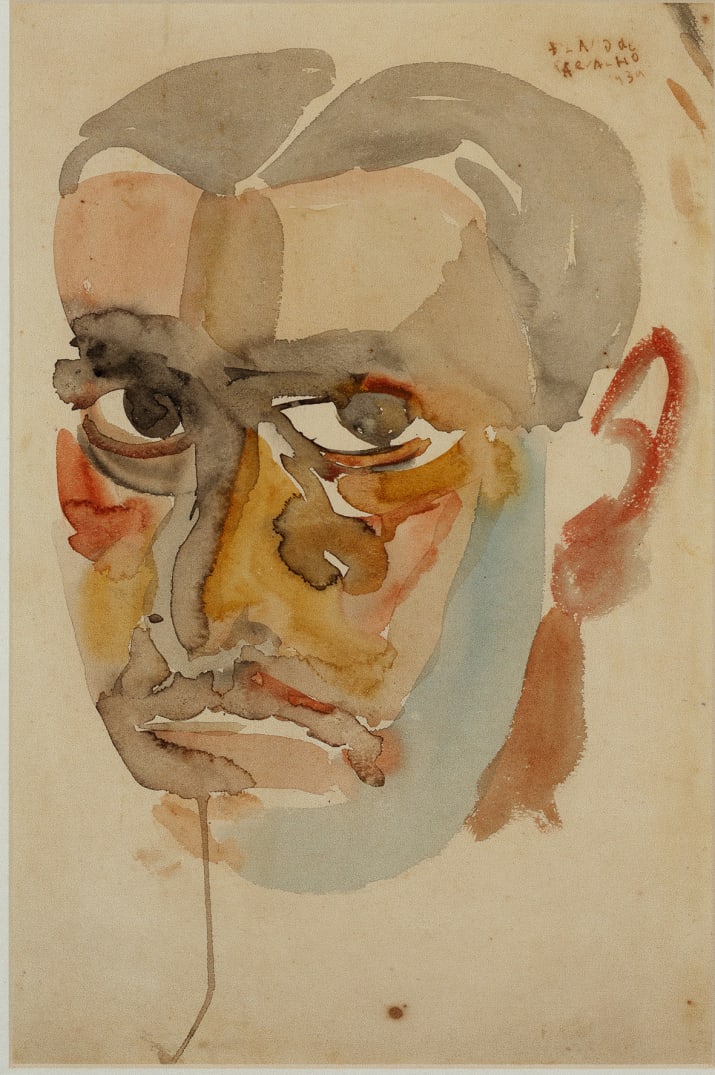 The comments from the far right religious brigade, however, didn’t stop. “If you are a mother or father in the name of Jesus, cancel your account in this nefarious bank, that allows and defends religious intolerance, paedophilia and bestiality,” said one user. “Do not believe their apologies, do your bit, for a better country – a country with values, and especially for the protection of your family!!”

Many cried out for a new military intervention to put an end to all this “leftie nonsense,” with others claiming that the “Satanic” multimillion-dollar bank was run by “communists.”

After looking at over 200 pieces from the show, two district attorneys who specialise in the rights of children and adolescents attested there was absolutely no sign of paedophilia in any of the work.

Speaking to O Globo, curator Gaudêncio Fidelis, who was not notified before the exhibition was cancelled by Santander, stated: “I believe we have never had a case like this during the democratic period, where an exhibition is cancelled due to moral concerns about its content. In two, three days, groups organised to depreciate the show, connected to MBL (Movement Free Brazil) managed to create a completely skewed narrative of the artworks shown, which quickly went viral.”

“The fact that the institution gave in to these groups instead of positioning itself on the side of artists increases the severity of this episode. From now on, any group will feel that it’s within their rights to say what art should and shouldn’t be, and what people should see, hear.” 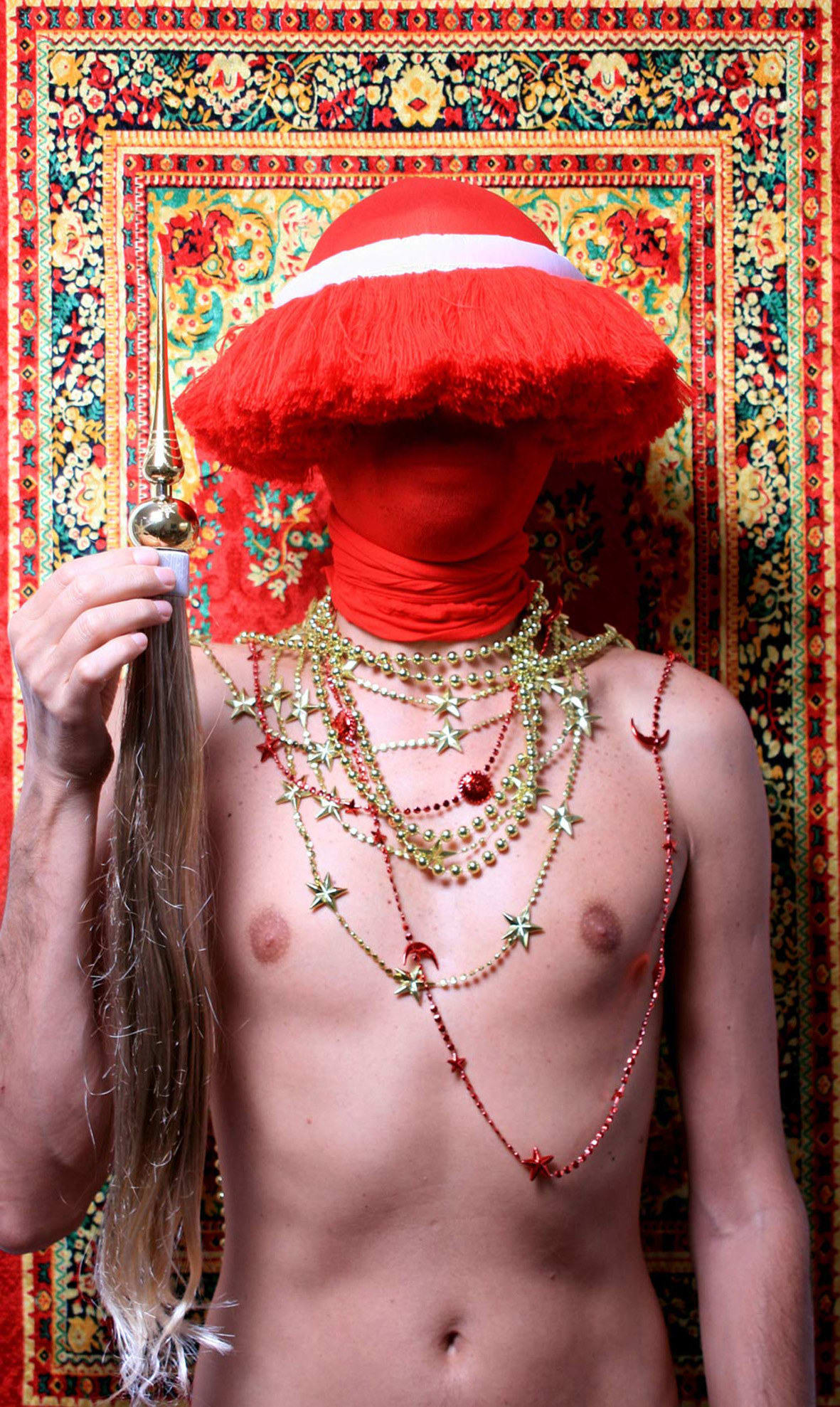 As much as the cowardice of the institution and the cancellation of the exhibit is infuriating and disheartening, it is unfortunately not surprising considering the current political climate in the country.

President Michel Temer leans heavily towards right-wing policies and has been repeatedly supported by evangelical leaders, who also control a great deal of the Brazilian government. As well as that, ever since the impeachment of president Dilma Roussef, many people have been leaning towards authoritarianism – something particularly dangerous considering Brazil’s violent dictatorial past.

On top of all that, the Brazilian trans community is constantly under attack, with the country having the highest murder rate of LGBTQ people in the world (144 murders of trans people were registered in 2016). The life expectancy of people within the trans community is little above 35 years. With the new wave of conservatism, things are only set to get harder.

Currently, people who are against the censorship of artworks have a petition going to re-open the exhibition. They also demonstrated in front of the Cultural Centre this Tuesday, holding signs against queer erasure. The protest ended with military police meeting protestors with stench bombs after they resisted.

Linkedin
RELATED ARTICLES
OTHER ARTICLES
The idea that a younger generation is abandoning work has become a popular narrative online, but it doesn’t necessarily reflect reality.
Rhiannon Adam spent three months capturing an ageing society wracked by division, isolation, and the aftermath of scandal.
Photographer David Corio’s archive offers a glimpse inside a revolutionary era of music and nightlife.
The two-day long event returned to London this year, showcasing a spectacular parade, steel bands and Caribbean food.
Following the announcement of an 80% hike in the energy price cap from 1st October, crowds gathered outside the offices of energy regulator Ofgem to protest and declare their intention to undertake a payment strike.
Ahead of the release of their first collaborative album, the producer and rapper talk psychedelics and the state of UK hip hop.