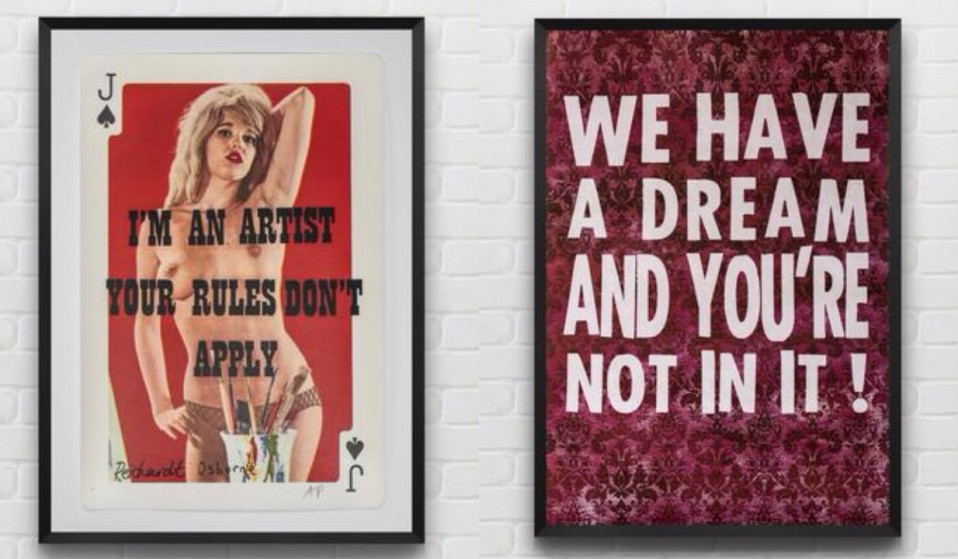 In a collaboration with The Other Art Fair, the Glastonbury staple’s unique blend of art and activism is becoming a new interactive installation.

In a collaboration with The Other Art Fair, the Glastonbury staple’s unique blend of art and activism is becoming a new interactive installation.

For those familiar with the effervescent early hours of Glastonbury, Shangri-La is very much an old friend. Situated right in the heart of the festival’s famed ‘naughty corner’, the area has operated as a garish hub of art, activism, performance and party since it was first introduced in 2009, bursting into life when the sun finally sets and festival-goers flock in search of a late-night mecca.

Usually, the radical art and satire of the space is confined to the festival site, but now – as part of a collaboration with The Other Art Fair – Shangri La is on the move. Spearheaded by the team behind the ShangrilART initiative (which operates under the very simple idea that art is for everyone), an immersive instillation in the spirit of Glastonbury is coming to London. 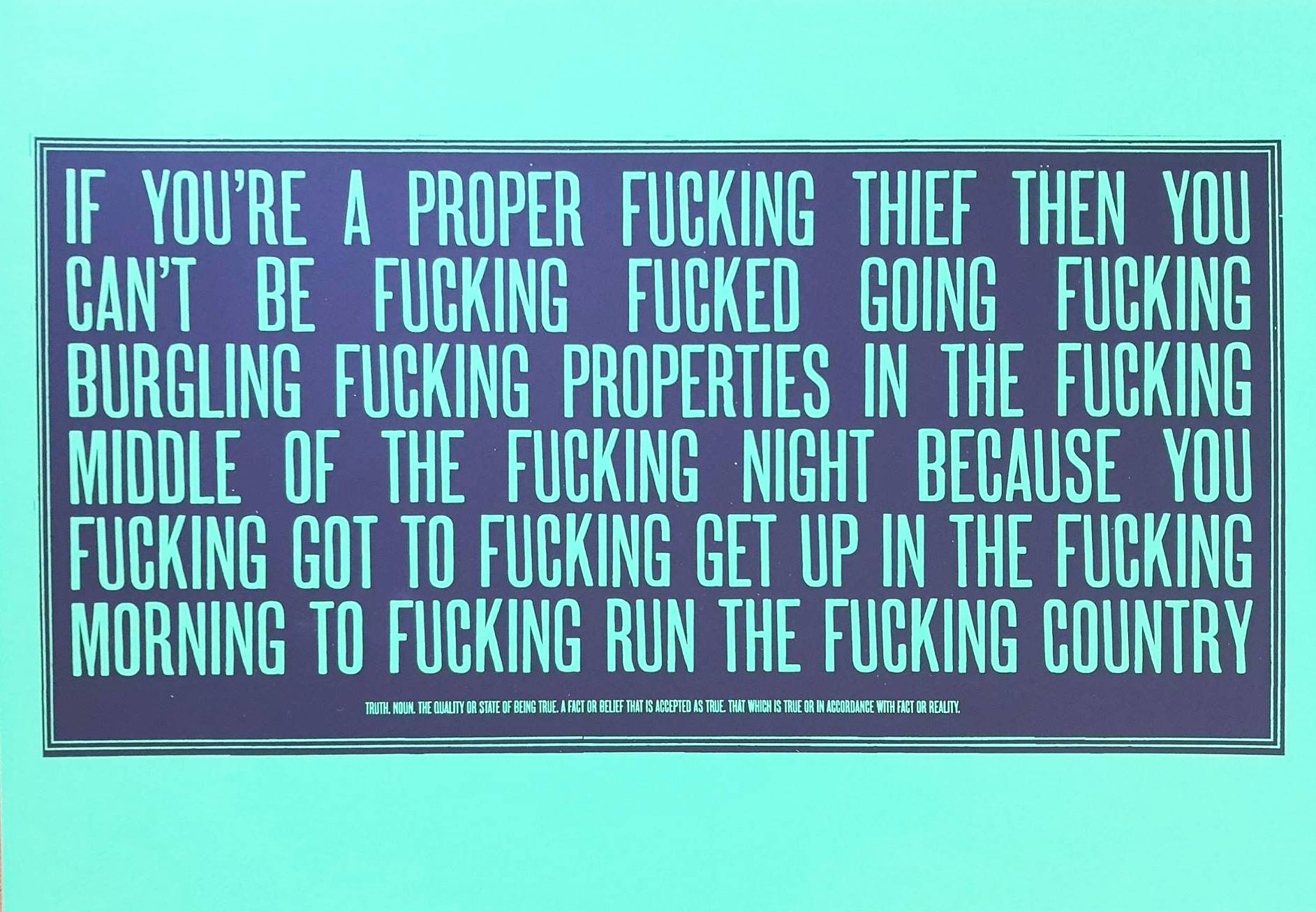 “We wanted people to be able to interact with it in a different way – get it out to people, rather than get people to the art,” explains Kaye Dunnings, Shangri La’s creative director. “It won’t feel like you’re at Shangri-La, but people will recognise a lot of those elements. Really, where we want go with this is take it out to the street and make it free for people to experience.”

Featuring work from Carrie Reichardt, Chris Hopewell, Darren Cullenn, KennardPhillipps and Radiohead collaborator Stanley Donwood, the ShangrilART space at the Other Art Fair will encompass immersive instillations, live performance and giveaways, showcasing all of the mischievous political commentary that makes it such a unique creative space at the festival. For Dunnings, it’s the opportunity to share the synonymous blend of art and activism that Shangri-La has come embody with a wider, more diverse audience, as well as supporting artists who may not be given the same kind of platform in more conventional circumstances.

“ShangrilART is about art being for everyone. It should be for anyone and it shouldn’t be for the elite – people should be able to access it and experience it. There’s still a lot of work to do on that front, but I’m really excited about it. It can take us to some really interesting places– hopefully we’ll inspire loads of people.”

“We don’t just want to have things on walls. We want to make it more interactive.” 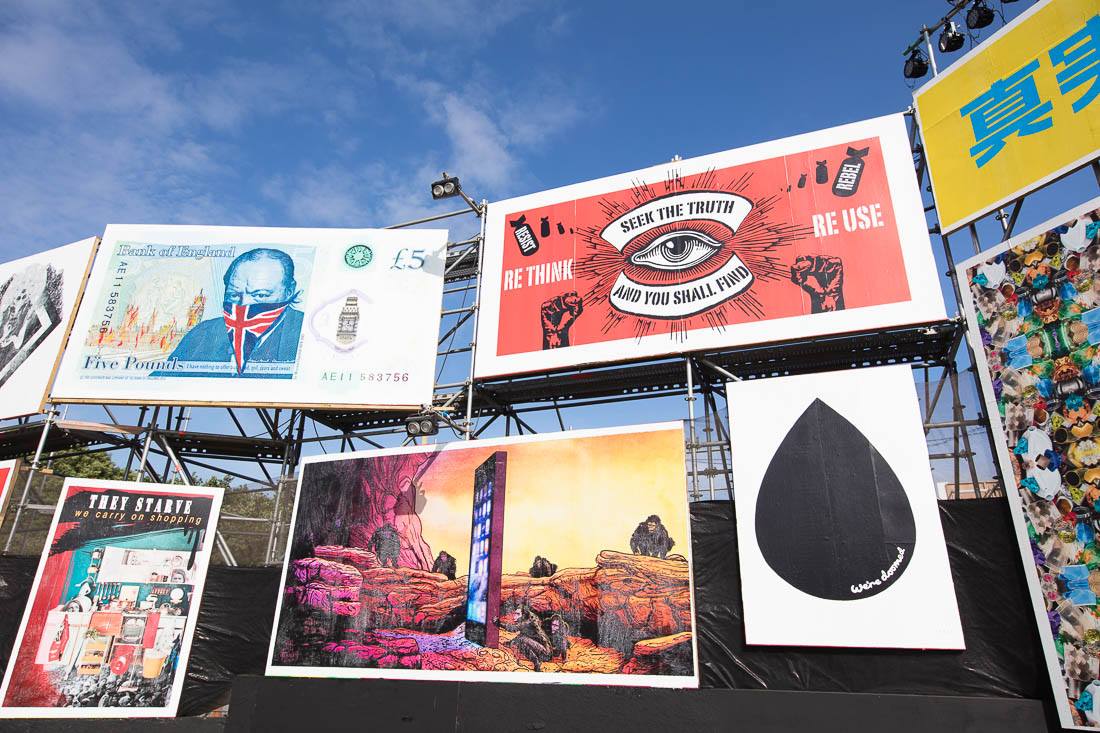 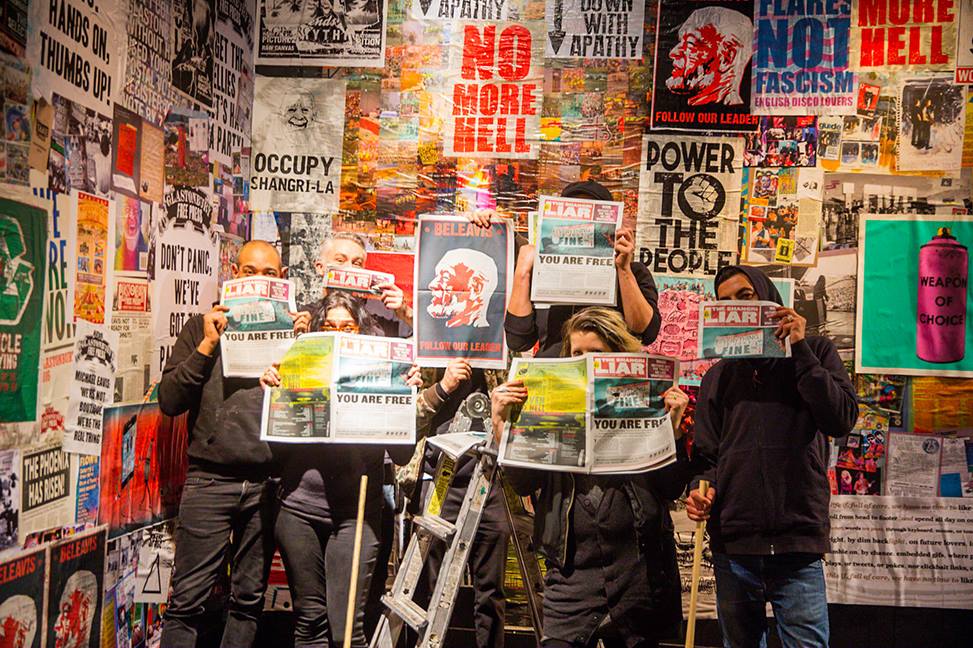 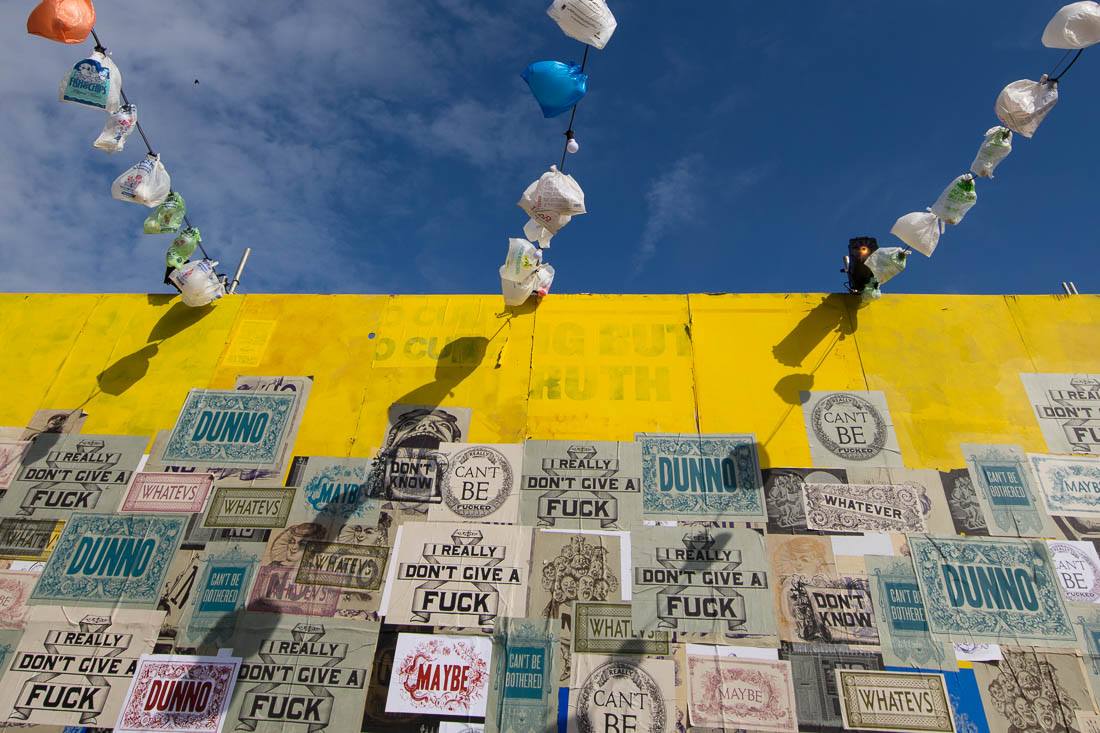 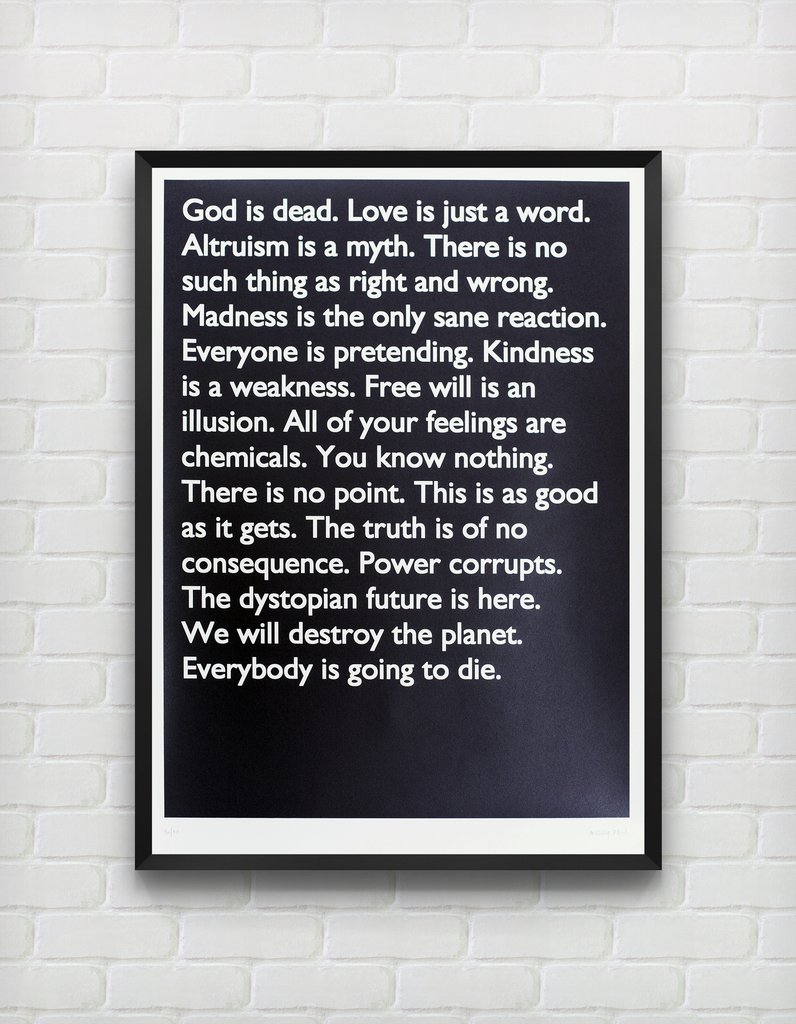 ShangrilART will be at London’s Other Art Fair from October 5 to 8.

Linkedin
RELATED ARTICLES
OTHER ARTICLES
In the UK, Hongkongers are continuing to stand in solidarity with the pro-democracy movement.
Jermain Cikic reflects on his experience of visiting the island of Samos, Greece, in the summer of 2021.
The musician, DJ and founder of Monika Enterprise reflects on a career defined by revolution and rule-breaking.
Those set to be impacted by the governments ’undemocratic’ bill explain why it risks silencing them.
From the queues outside to the last ones standing, Francesco Mellina’s new photo book follows a night that has gone down in the Northern-Soul history books.
In Sheffield, food delivery drivers are fighting back against one of the giants of the gig economy.