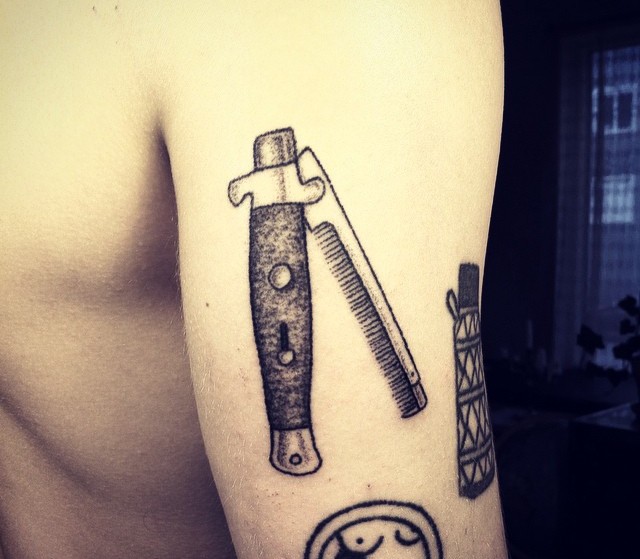 The tattoos dished out at Deepwood Tattoo are a pretty balanced mix of dark, and goofy: Scandinavian gothic mixed with snot-nosed kid.

The small shop in southeast Stockholm is run by electric tattooer Emil Särelind and Chris Magnusson, who does handpoked tattoos. They’re young – both graduated university and then hoped into tattooing shop instead of shooting for an office job.

Handpoked tattoos have become a pretty serious fad over the past few years, blowing up on social media and getting covered by fashion magazines. Deepwood is keeping tattooing grounded in its boyish, prison-y roots. The tattoos are sharp black and white pieces with fine lines. Huck talked with Magnusson about first tattoos, bad infections, and ink in Northern Europe:

How long have you been tattooing? How did you learn?

Why did you get into stick and pokes?

I started tattooing with machines that I built myself. Real makeshift stuff with parts taken from cassette-walkmans, glue bottle nozzles and what not. Problem was that the machines kept falling apart. I just thought that I could try skip the machine and tattoo with just the needle. 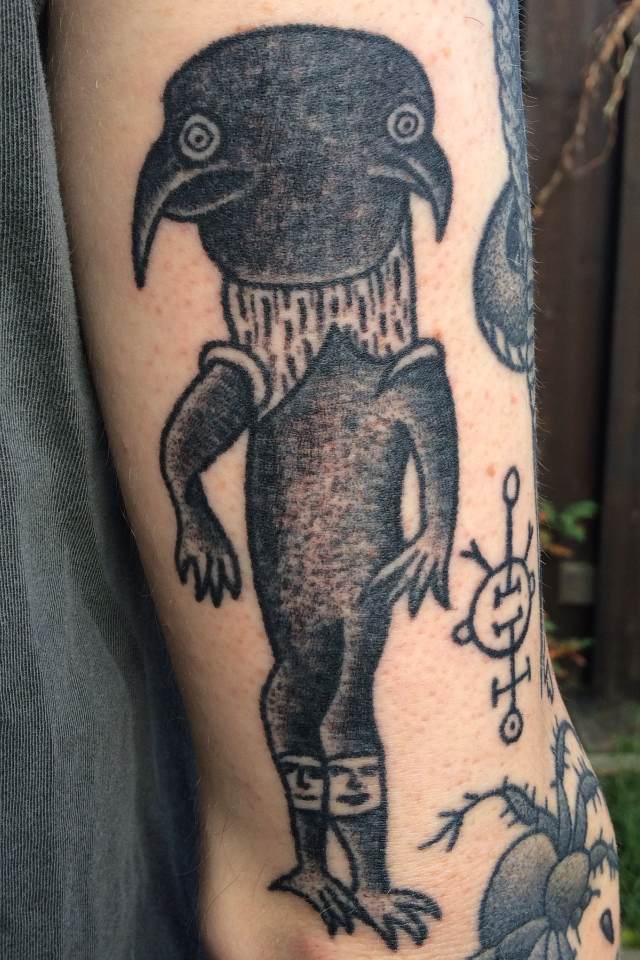 What do you like to draw? Where do you look for inspiration?

I prefer to draw stupid things. I think a tattoo should have a little bit of humor. I mean, the whole concept of tattoos is just insane when you get to think about it. I pick up inspiration from all around, mostly from popular culture.

Do you remember the first tattoo you gave?

Of course. It was on my friend Fabian. We got him a gang tattoo. 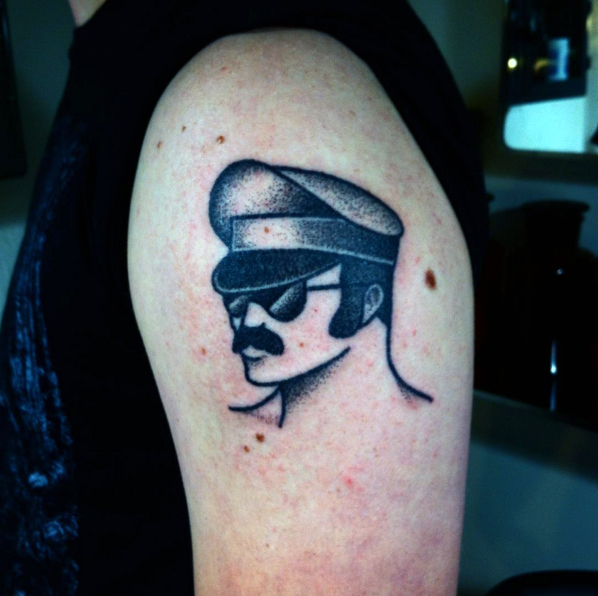 Who are you favourite stick n poke artists?

Handy Mark is my go to handpoker. He has a really raw style and I love what he has done on my body so far.

Got any bad infection stories? Gnarly rejections to the tattoos?

The only infection I ever got was from putting too much ointment on my new tattoo during summertime. And it was made with machine in a studio, so, totally my own fault. You live and learn.

Tell me about Deepwood Tattoo – you went straight into working there from art school right?

Yes, I graduated the art academy in northern Sweden and moved to Stockholm. I work in a store for 6 months before I got to know Emil, the owner. He basically invited me to start working there the first time we met. Emil is an interesting guy.

What sort of interesting?

Haha, well he’s just a bit of a moron. And I love him. He’s a nerd. He plays Magic: The Gathering in the studio sometimes. I have told him to play at home. 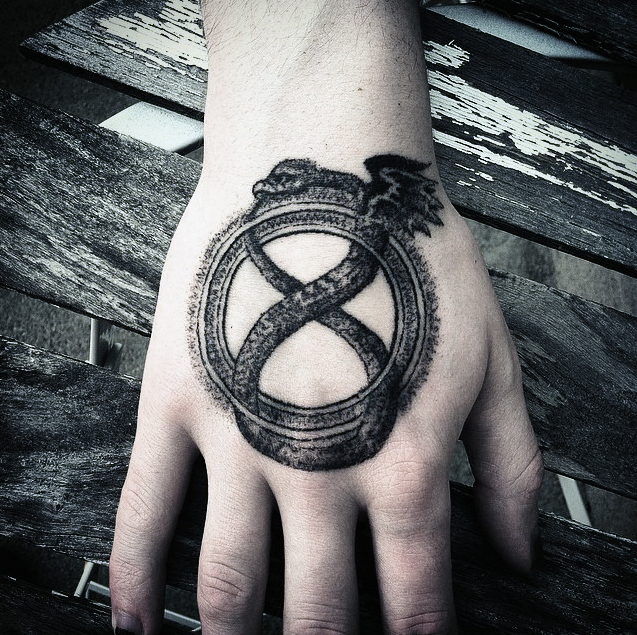 Scandanavian design is considered to be pretty clean and function. Do you think that informs your work at all?

I think it comes through in my tattooing. I like clean tattoos but not tattoos that look like stickers. A tattoo should look like what it is.

What are your thoughts on Ikea? Is Ikea punk?

Stockholm is apparently the most tattooed city in the world, but not too many have pokes. There is about three other professional handpoke tattooers that I know off in Stockholm. Pokes are getting more and more popular but many still doubt that it can be anything else but three dots or a triangle. I beg to differ. 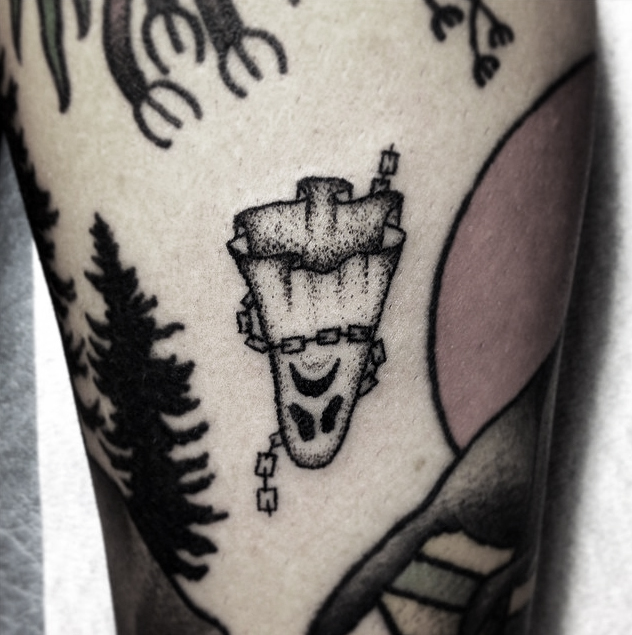 Stick and poke by Chris Magnuson 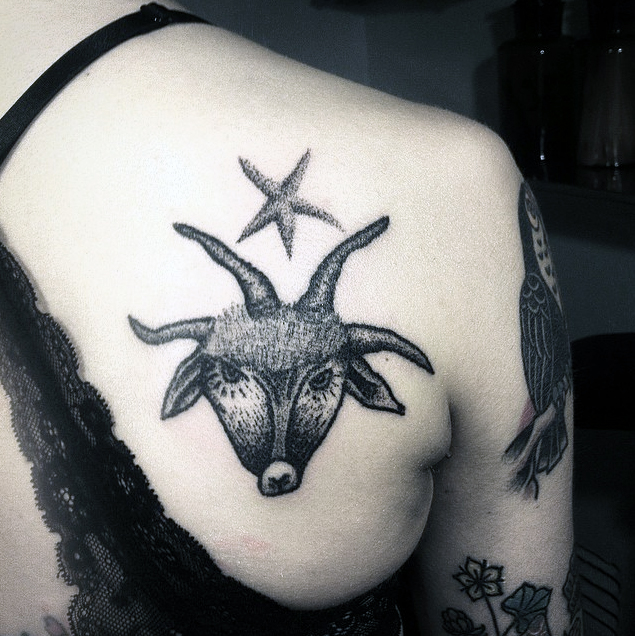 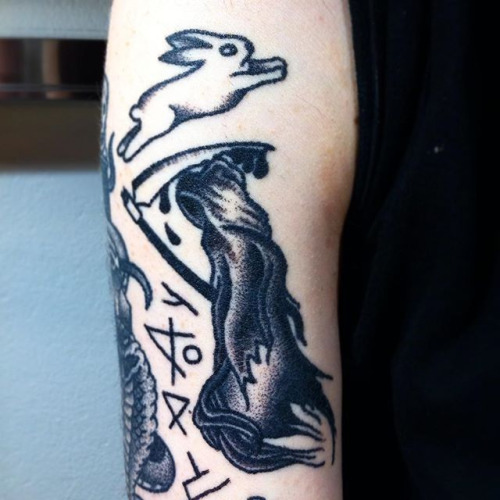 You can find more of Magnusson’s work on his Instagram.

Linkedin
RELATED ARTICLES
OTHER ARTICLES
In a country founded on ancient belief systems, tattooist Lokesh Verma is battling traditional mindsets with modern body art.
Jonathan Shaw travelled the world and left a red-hot mark on the people and places he encountered, but the real adventure, he insists, is the one you start when you get back home.
When Wildstyle began in 1995, European tattoo culture was barely visible. Rebel artist and photographer Clayton Patterson explains how two decades of touring with Wildstyle has helped win the culture the respect it deserves.
Prepare for tattoos, live music, smokin’ wood-fired BBQ’s and some spectacular vintage machines on Sailor Jerry’s The Ride 2015.
Progressive Cali five-piece Ceremony are one of the most exhilarating hardcore bands you could ever wish to see live, but now their sound has evolved to become so much more than gritty punk.
Body art is going avant-garde, thanks to a new generation of Berlin-based tattooists who see a canvas where others see skin.