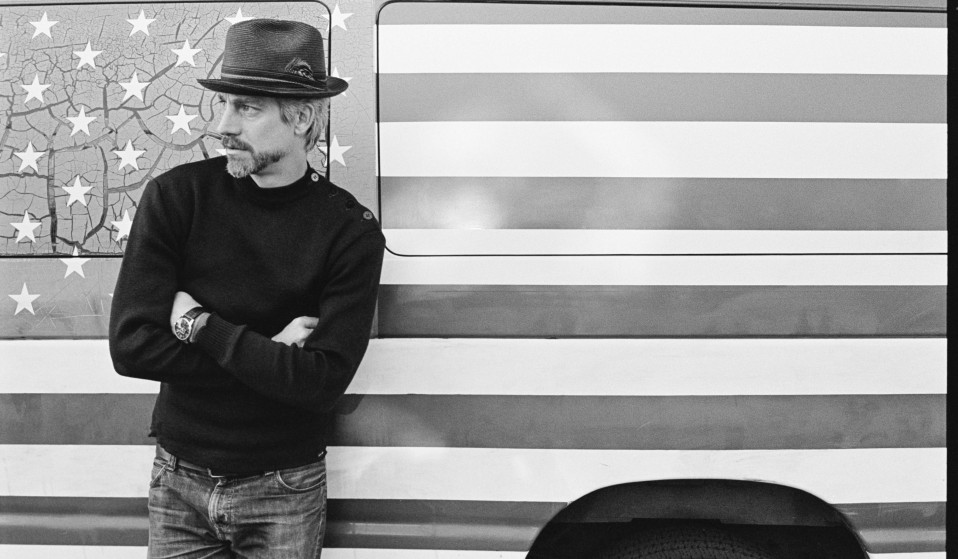 “Nietzsche once said poets come from the future, they come back in time to help guide the rest of us into our collective future”, explains composer Shinji Eshima. “A future with love – love that is truthful, honest and fully aware.”

Eshima is one of the most celebrated opera composers of the 21st Century, best known for his innovative, full-orchestra scores for San Francisco Ballet’s RAkU and Swimmer, which featured Tom Waits. His latest project takes a poem by skater-turned writer Scott Bourne and weaves it together with the early 19th Century English Romantic poet Percy Shelley.

Bourne to Shelley is part of his Frankenstein series, which Eshima says “seeks to find an answer for the necessity of human love.” He hopes to develop it into a full opera from the current 12-minute aria for Tenor, French horn and Piano, which premieres in SF Opera Lab‘s ChamberWORKS program at San Francisco’s Taube Atrium Theater on Thursday April 7.

“[My poem] was actually written on a piece of cardboard I pulled out of the trash while standing on the J Church platform waiting for a San Francisco bus,” Bourne says. “I remember the moment well. It’s a love poem and deals with the idea of playing the fool and being open to it. It was one of those things that just hit me so I grabbed what I could and wrote it down!”

“I am amazed to see it has traveled so far from that actual moment,” he continues, “but the truth is that it’s the oldest theme in the world. Writers have been musing over love since the beginning of time. It’s the universal glue of the galaxy!”

The combination of the two texts, separated by two centuries and the Atlantic ocean, might seem obscure, but for Eshima the connection between the poets’ visions was clear. “Shelley believed in the necessity of love, as does Scott”, he suggests. “Both take passionate, principled and frankly defiant positions on the topic. Scott’s poem is contemporary in that it speaks of an almost desperate desire for love. A willingness even to be lied to – just make it convincing. Today, as in Shelley’s time, we are all to often ‘lied’ to via politics, religion, governments, finance, even family. We ‘buy’ into it to satisfy our needs for love – for our desire to be loved.”

After his cardboard scribblings were published in Cheating on the Metronome in 2008, Bourne largely forgot about the poem until one night Eshima lead him into the depths of SF Opera House. “Anyone who has ever been in an opera house will know what I mean: dark corridors, low ceilings, pipes, shadows, a real haunting and yet mystical place to be,” he remembers. “I could not stand upright as we pushed through some tight spaces until he reached out, grabbed a tarp and in the dim light of a service lamp, pulled it back to reveal a Steinway.” 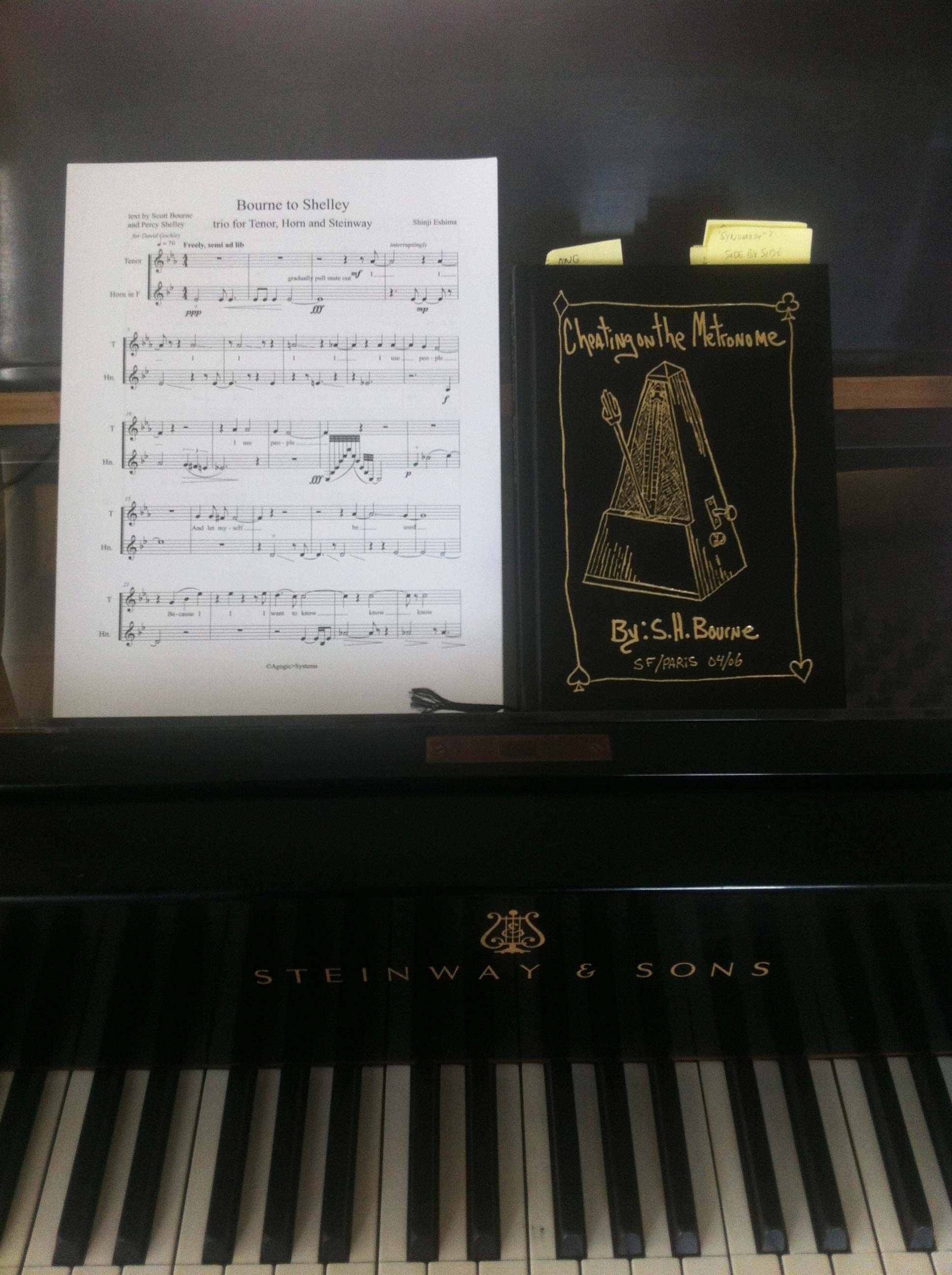 “As he rustled about and began to flip through some sheet music, the only sound was that of tiny toes tapping about only inches above us,” Bourne says. “We were in fact below the stage where a ballet was being performed. In a matter of moments he began to caress the keys and to my astonishment I heard the piece for the very first time. The process has been our friendship, but the music is completely Shinji’s.”

Innovative, future-focussed composers who are happy to draw from modern and uncoventional source material are part of a new movement helping opera to evolve and find a new audience, but Eshima argues Bourne to Shelley fits comfortably with its centuries-old traditions.

“Opera has always been about love”, he explains. “It is what has kept us involved with the art form forever. It is, after all, the human voice. It is now finding a new audience that despite all the distractions and violences in the world, is seeking human love, human touch – the ability to feel compassion and thus true meaning in life.”

Linkedin
RELATED ARTICLES
OTHER ARTICLES
In 1984, Martin Shakeshaft set out to document the miner’s strike as it really happened, using his photography as a tool for activism.
Photographer Yan Morvan revisits a radical moment in history, which saw the emergence of a fiercely-rebellious spirit among the UK‘s youth.
The novelist discusses his electrifying debut, which offers a deft examination of masculinity under late capitalism.
Ahead of the policing bill reaching its final stages in the Lords, protestors came together to rally against the legislation.
In Sheffield, food delivery drivers are fighting back against one of the giants of the gig economy.
A new book traces the legislation’s tumultuous history and the lasting impact its had on LGBTQ+ activism today.