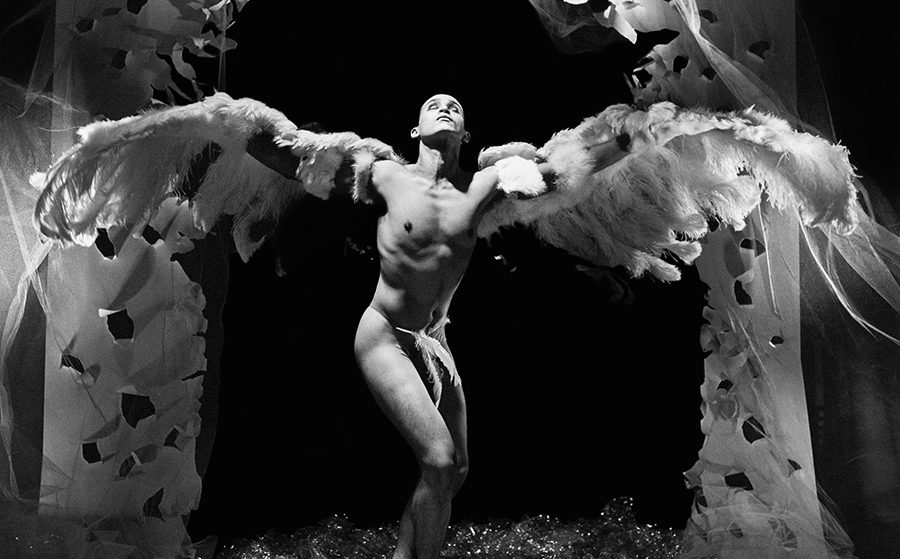 An artist, filmmaker, photographer and protégé of Salvador Dalí, Steven Arnold had many guises. A new film looks back at his incredible legacy.

An artist, filmmaker, photographer and protégé of Salvador Dalí, Steven Arnold had many guises, mastering new mediums at will. A new film looks back at his incredible legacy.

A singular force in the American underground, Steven F. Arnold (1943-1994) transformed the landscapes of film, photography, set and costume design with a visionary approach to his craft.

Now, a new documentary film, Steven Arnold: Heavenly Bodies, honours the legacy of his many guises: integral figure in San Francisco’s psychedelic revolution during the 1960s, Salvador Dalí protégé in the ’70s, and a genderqueer icon during the AIDS crisis of the 1980s.

Hailing from Oakland, Calfornia, Arnold came of age just as the seeds of revolution were taking root. He met Pandora, lifelong friend and muse, in high school. Setting up camp in his bedroom, the pair would play dress-up while drinking champagne and cough syrup, smoking opium and marijuana, all while creating a hippie style that they took to the streets long before it was considered chic.

Arnold began his career creating psychedelic rock handbills for the Matrix nightclub, the Castro District’s Bead Shop, and In Gear, the Haight-Ashbury’s first vintage clothing boutique. Following that, he made his jump into filmmaking during the Summer of Love, simultaneously pursuing his Master’s degree in photography at the San Francisco Art Institute. “San Francisco in the ’60s had a huge impact on Steven and his entire life ethos,” says Vishnu Dass, director of Heavenly Bodies and director of the Steven Arnold Archive. 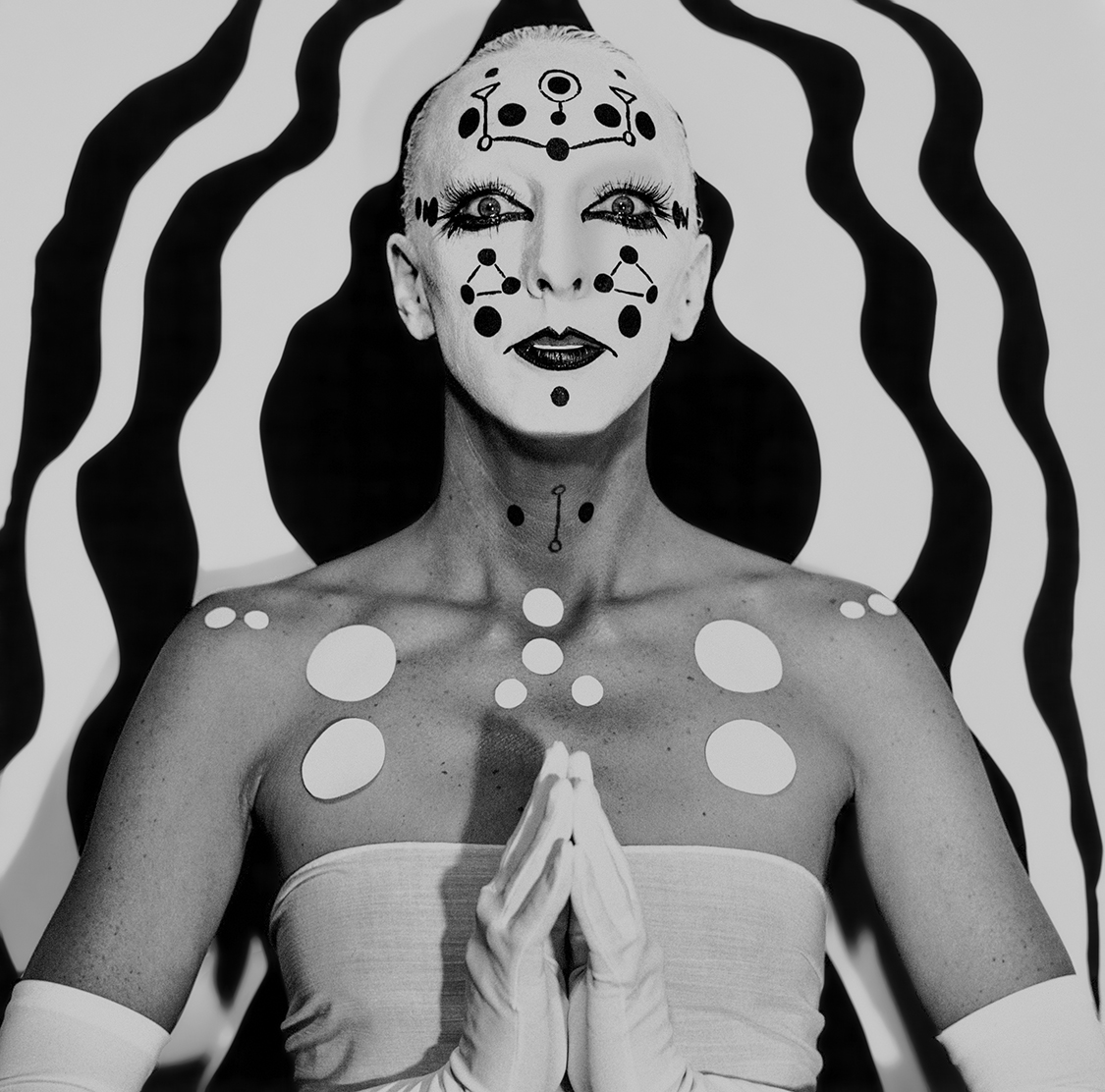 ‘Wreaking with inclinations’, circa 1985

After his film Messages, Messages was screened at the Cannes’ Directors’ Fortnight, Arnold decided to arrange a viewing in his hometown that also featured early surrealist films by Man Ray, Melies, as well as old French animations. The owners of the Palace Theatre were so impressed by the evening’s success that they him to return: in March 1968, he inaugurated Arnold’s Nocturnal Dreamshows, the very first midnight movie showcase in the country, which would go on to inspire a tradition typified by The Rocky Horror Picture Show.

Arnold’s work soon came the attention of Salvador Dalí. “Dalí was enchanted by Steven’s beauty, youth, and creativity,” Dass says. “Dalí expressed his genius through every aspect of his life from his clothing and carefully chosen entourage to the way he decorated his home and crafted his art. This idea influenced Steven deeply, and set the stage for how he would live his life.” 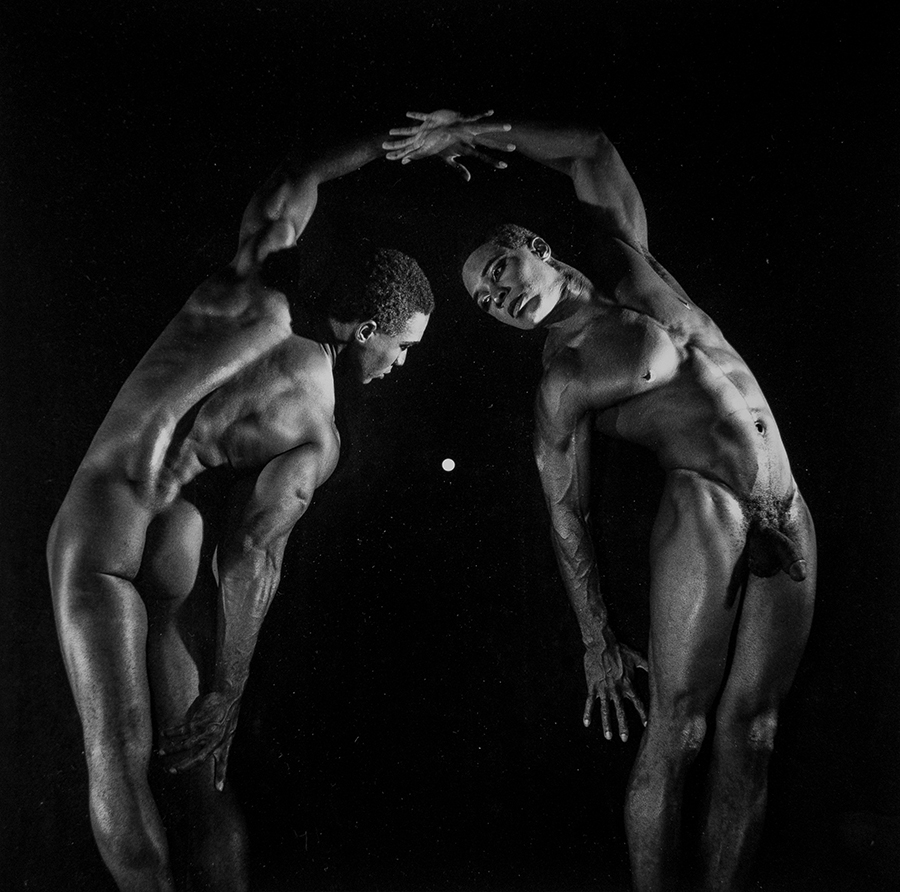 Arnold’s final act began in Los Angeles in the early 1980s, at the dawn of the AIDS epidemic that would eventually claim his life. Here, he created majestic tableaux photographs that brought together all of his talents in a single work, often crafted from refuse that he alchemically transformed into visual gold. “Rather than focus on the impending doom of the loss of a generation, Steven created images of male angels ascending into the cosmos,” Dass says.

“I call Steven a ‘Queer Mystic’, not only because of his ideas of a non-binary fusion of gender in consciousness, but also due to his deep desire to bring those parts of human expression and sexuality that have been shamed or closeted into the larger spiritual dialogue. He unabashedly chose love and recognised the divinity in everything.” 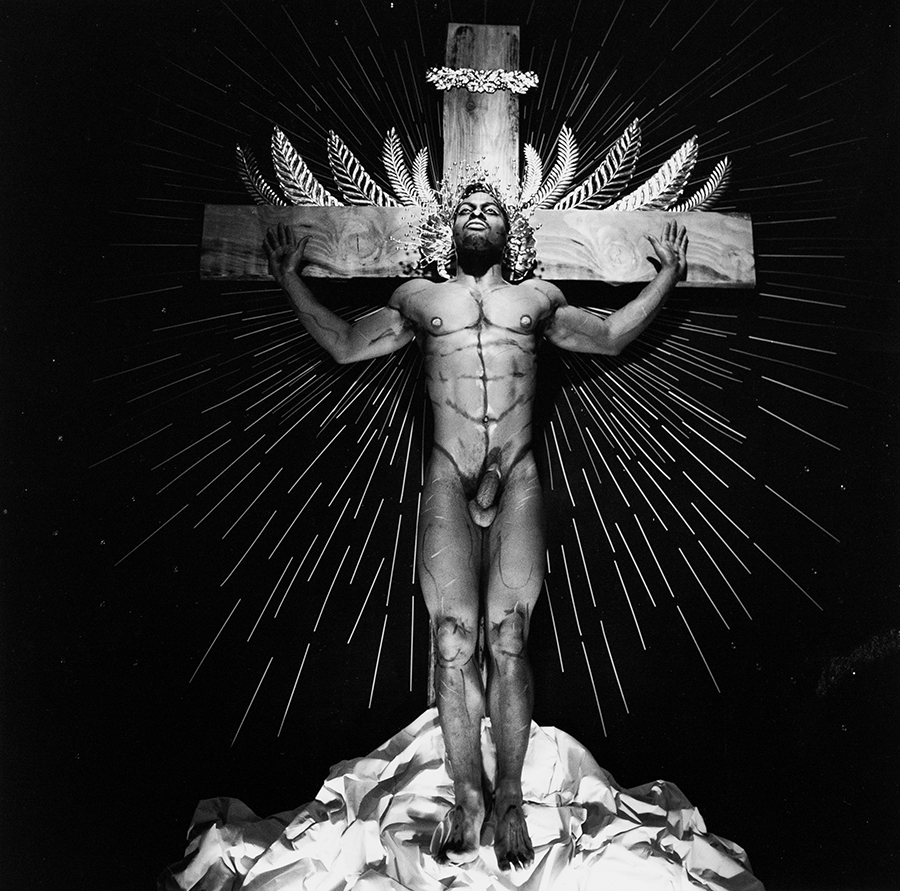 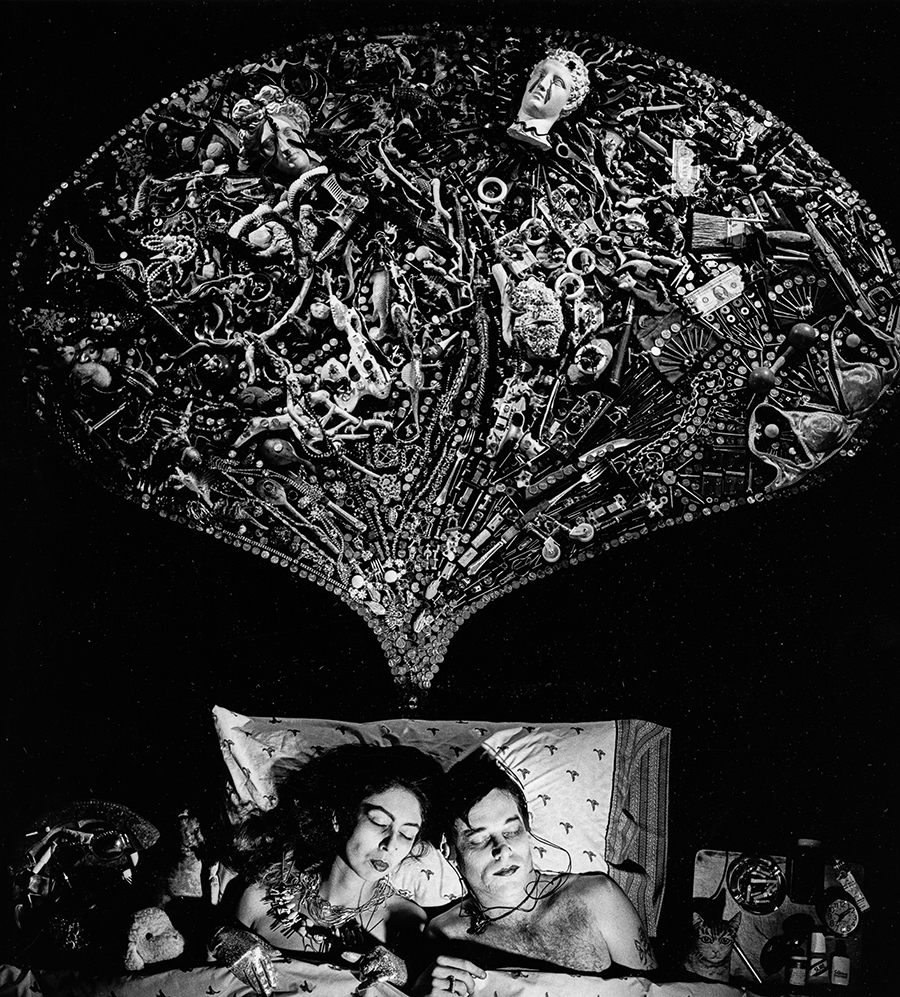 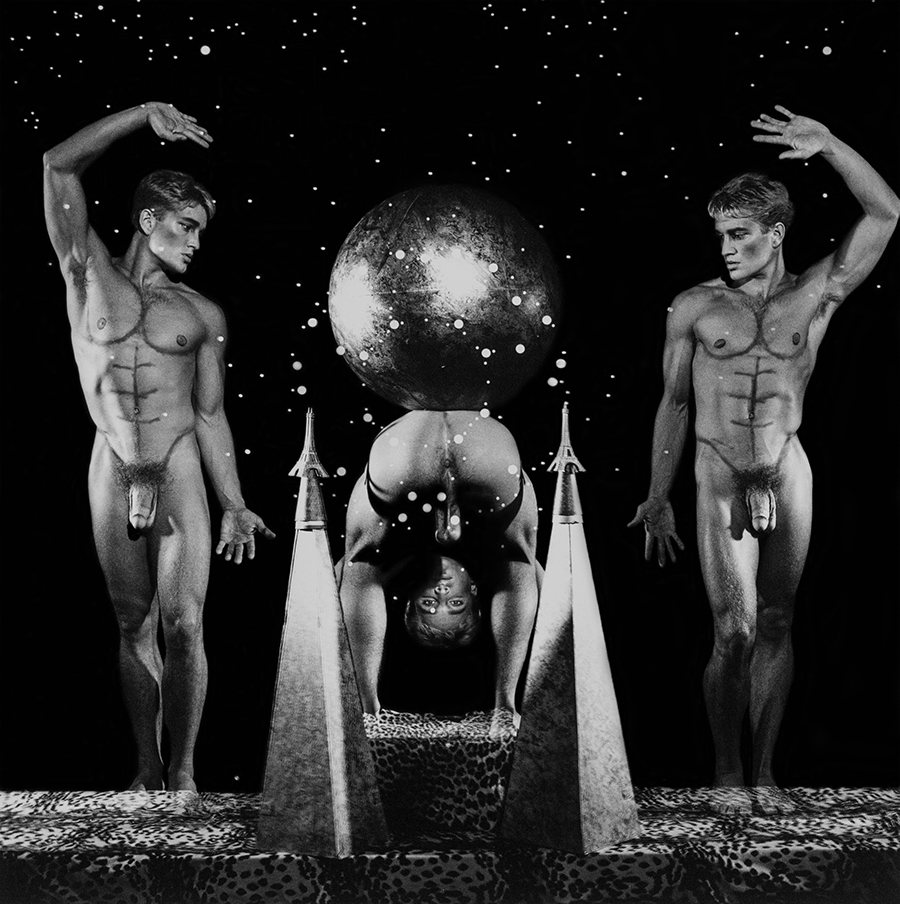 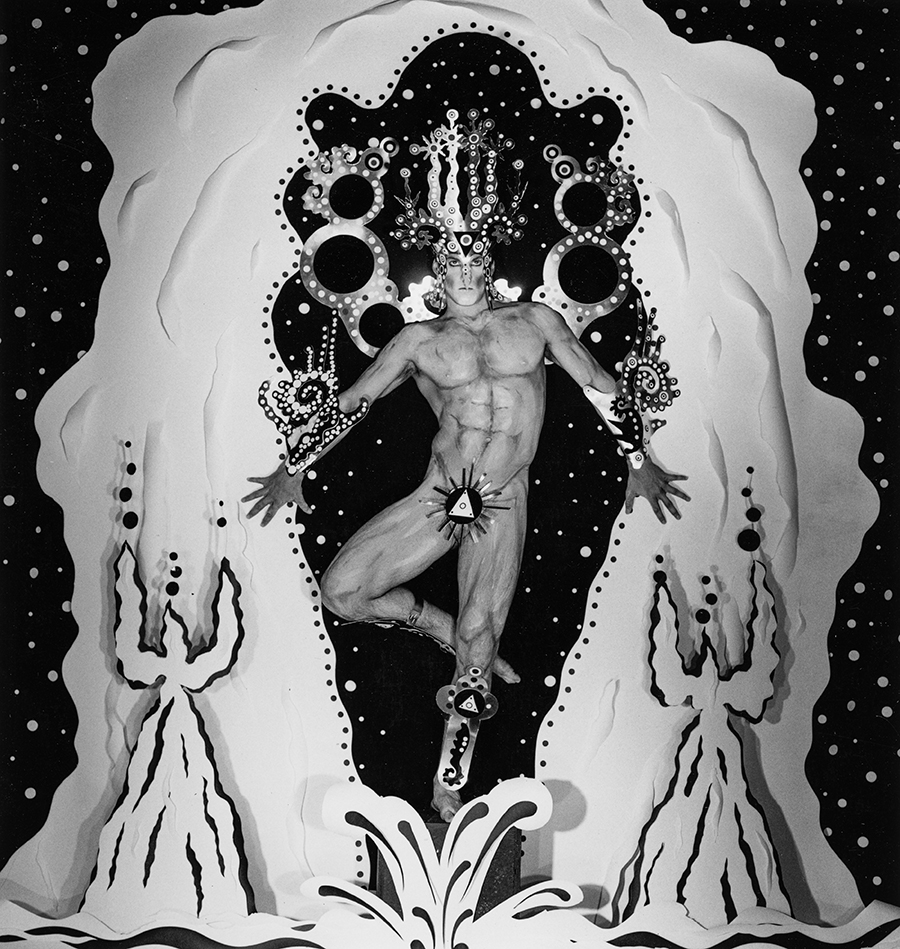 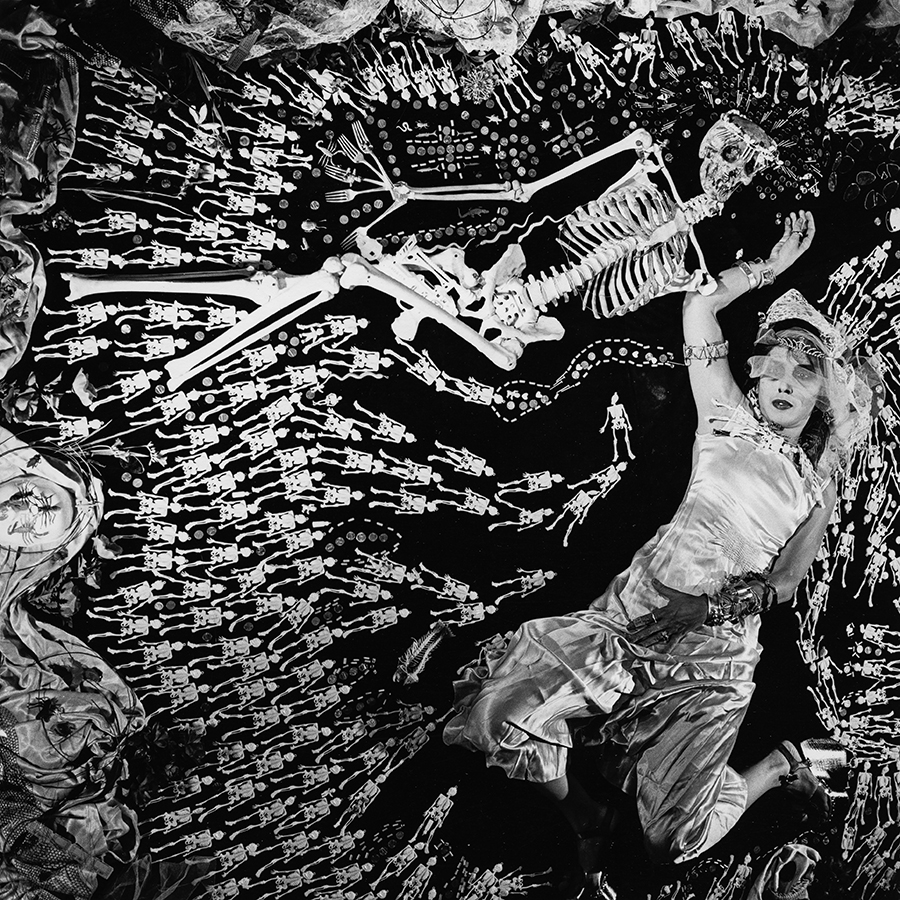 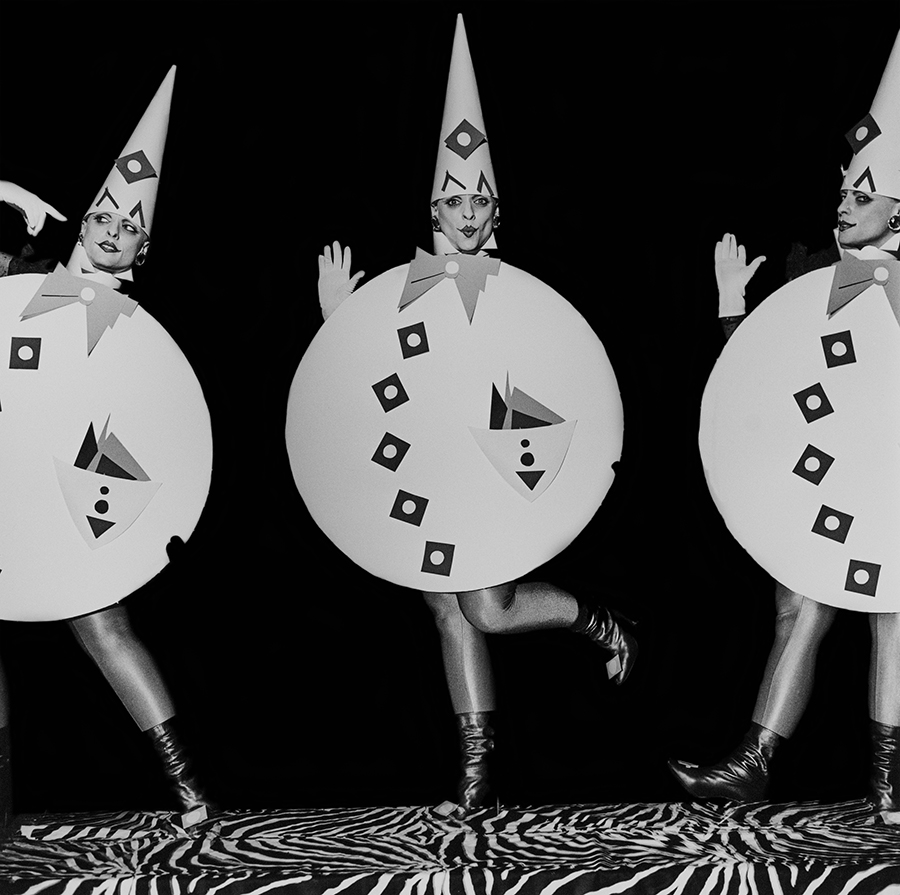 ‘Sovereign Right of Self Discovery’, circa 1985 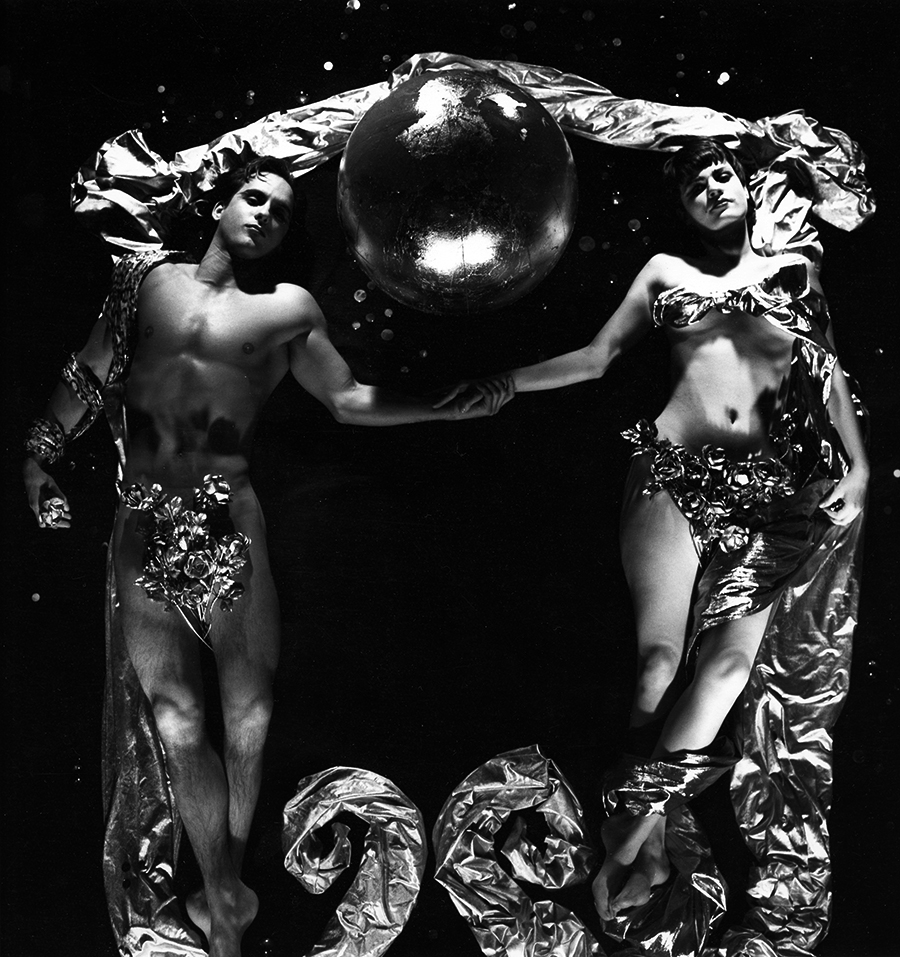 Linkedin
RELATED ARTICLES
OTHER ARTICLES
Financial turmoil is pushing people who work in the sex industry into more dangerous and desperate situations as a means of survival.
In his 2008 series, the photographer pictured himself as Angela Davis, Martin Luther King Jr., Malcolm X, and other prominent figures.
A group of young Palestinians have found temporary freedom in the act of parkour, reimagining wreckage and ruins as a series of high-octane playgrounds.
Rogue landlords are exploiting young and inexperienced renters and leaving them in mental and financial turmoil, reports Niall Hignett.
A new project is documenting formerly incarcerated people as they transition back into civilian life.
Thousands attended the annual event this year to wheelie through the city and call for ‘knives down, bikes up’.