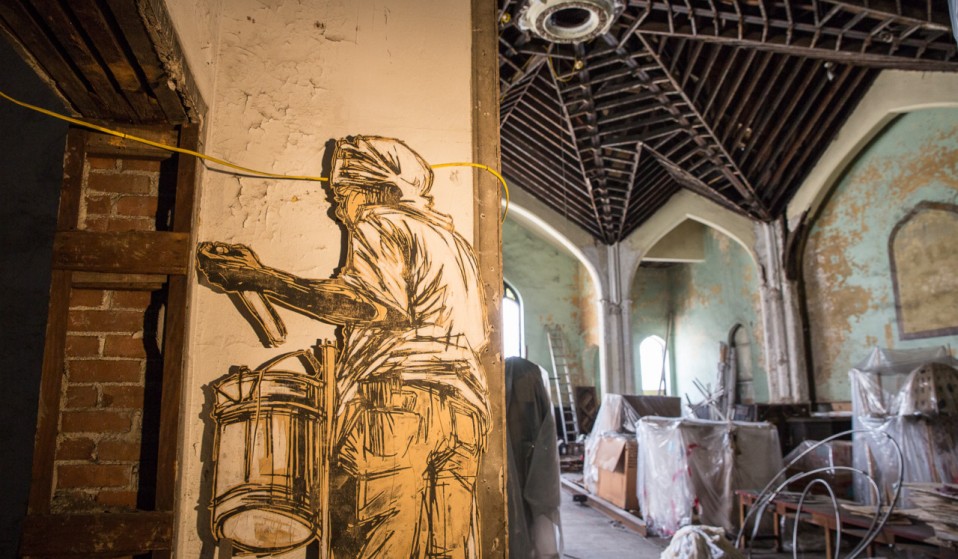 Swoon’s Braddock Tiles project aims to transform lives in a former steel town by renovating an abandoned church and creating a tile workshop.

Swoon’s Braddock Tiles project aims to transform lives in a former steel town by renovating an abandoned church and creating a tile workshop.

American street artist Swoon is launching a Kickstarter campaign for her Braddock Tiles project. The aim is to transform the Jones Street Church in Braddock, PA into a ceramics workshop and re-tile its roof, with the goal of creating jobs in a town that has seen hard times since the local steel industry collapsed. If they reach the initial funding goal of $50,000, they will renovate the church into a factory to create the 20,000 tiles needed. 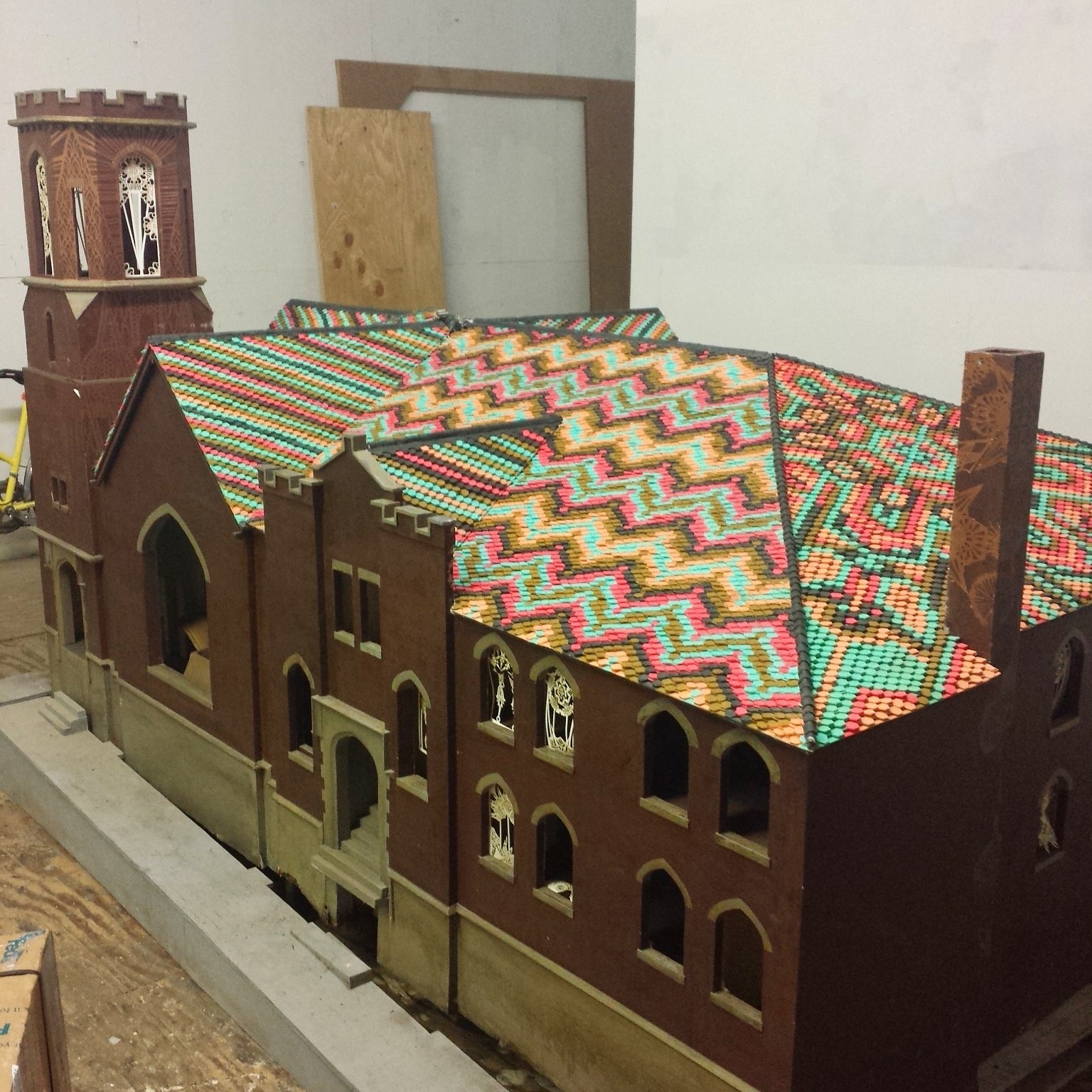 How the finished tiled roof will look.

Swoon’s career has thrived on her own unique look at society, her most famous work concentrating on human figures with vivid facial expressions. They have won her heaps of praise over the years and have featured in top institutions such as MoMA. She has worked on numerous transformative community projects, in places such as Haiti and New Orleans.

When we spoke to her in 2012, she was in the early throes of Braddock Tiles, saying of the town’s decline after the steel collapse, “It’s a question of, ‘What can we create in the wreckage of this situation that is beneficial to the community?’” 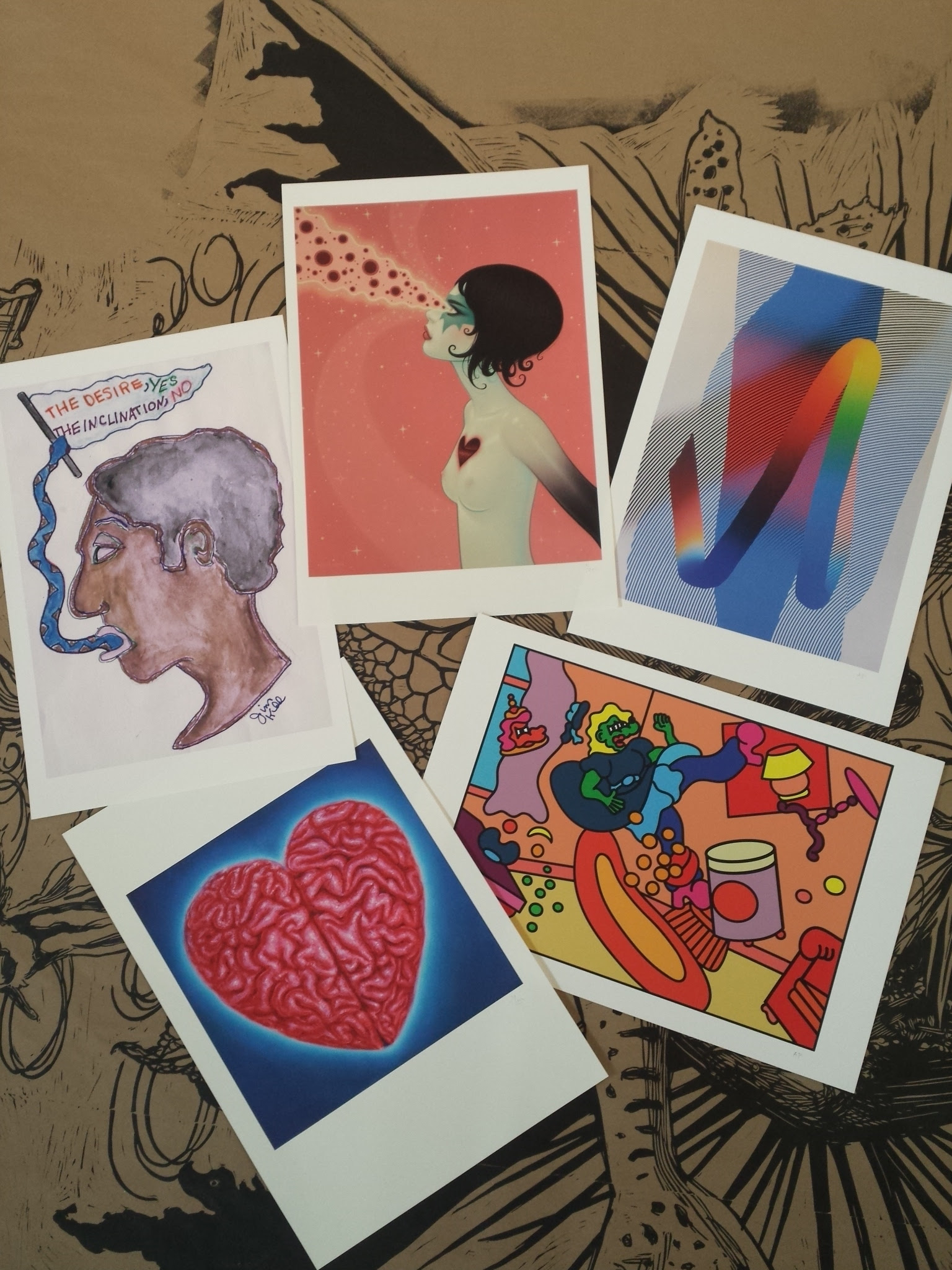 Some of the donated prints.

Braddock Tiles will use special tiles as all the affordable ones they found contained toxin heavy metals and were imported from China. It will launch with donated limited edition tile print designs by over 70 artists including Ron English, Lilkool, Tara McPherson, Momo and Swoon herself.

The Kickstarter will launch October 13, in association with Swizz Beatz and the Heliotrope Foundation. There will be a pop-up show and sale on October 14 at Doyle New York.

Linkedin
RELATED ARTICLES
OTHER ARTICLES
Our bible of creative advice from 60 inspirational 'doers' is now available worldwide. In this excerpt from the introduction Huck's editor Andrea Kurland explains how it started.
Mapping the City exhibition explores how street artists see the urban world differently.
Swoon’s street art may be designed to fade away, but the trail it leaves behind is far from fleeting.