Art & Culture / Art / Why did students re-enact a bloody 1985 battle between police and new age travellers? 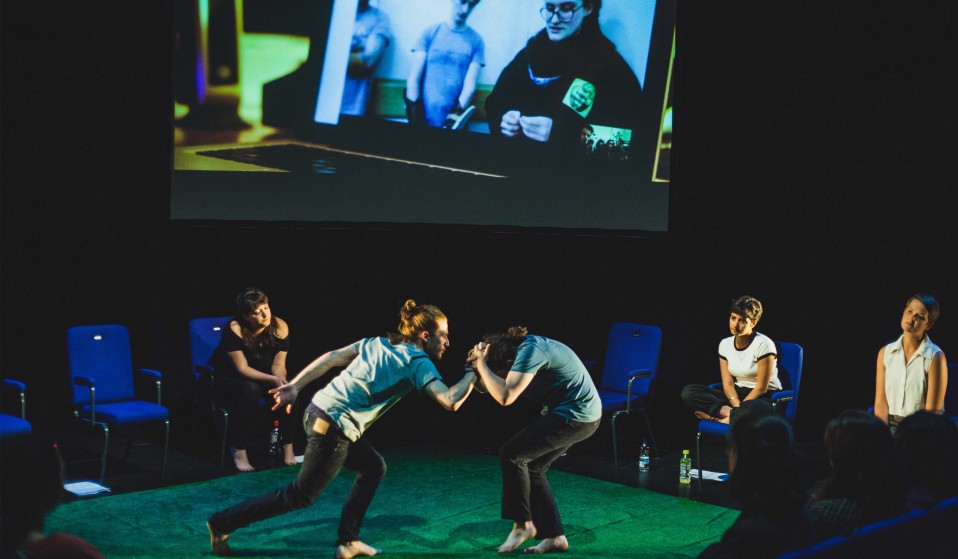 In 1985, as the miner’s strike was raging and the government was doing battle with “the enemy within”, a group of new age travellers were on their way to a party. The convoy of roughly 500 people was bound for the Stonehenge Free Festival, a week-long annual jamboree that took place around the summer solstice. Just a few hours later, their mobile homes were in flames, many travellers were bloodied and beaten, and most had been arrested. Children were permanently separated from their parents. So, what happened? Only the travellers and the 1,400 riot police who confronted them in a Dorset field really know the answer, but not one single person was ever convicted of any offence.

Flash forward three-decades and the thirtieth anniversary of what became known as The Battle of The Beanfield looked set to pass without a word. That is until Breach Theatre co-directors Dorothy Allen-Pickard and Billy Barrett decided to stage a reenactment on the battle site, on the anniversary – with a handful of students, a budget of just £200 and some police riot shields made from bin lids.

Their noble attempt to recreate one of the most shocking and senseless but least-known injustices of the 1980s became the gripping and hilarious multimedia play The Beanfield. The innovative production weaves together testimonies from those who witnessed the violence firsthand, including Guardian journalist Nick Davies, police and travellers; dropping a dodgy pill at today’s summer solstice event at Stonehenge – a pathetic, tightly-controlled modern imitation of its earlier incarnations; and police using CS gas and a taser on a student protest at a sit-in for free education at Warwick University in 2013, when the play was in development. 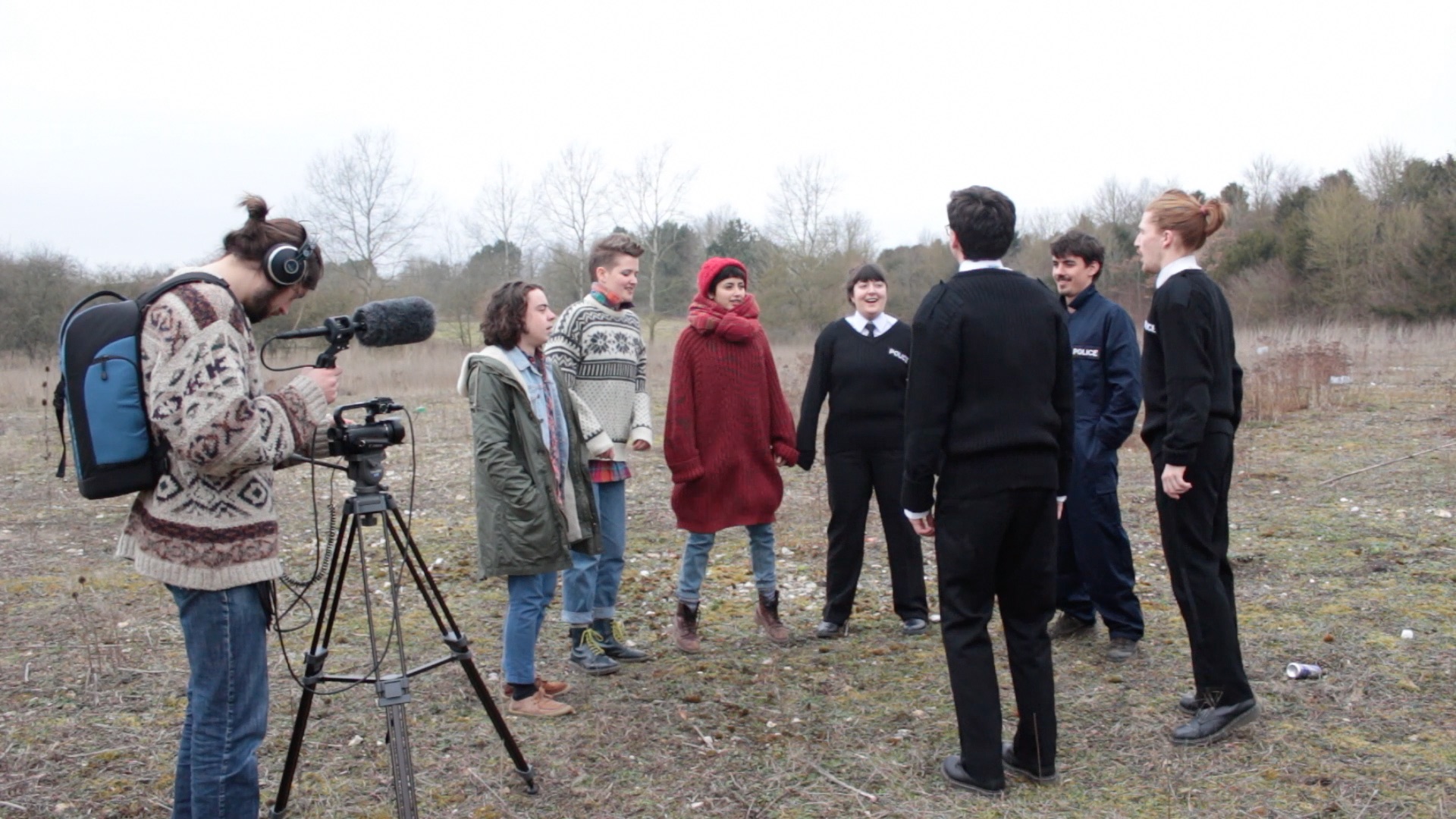 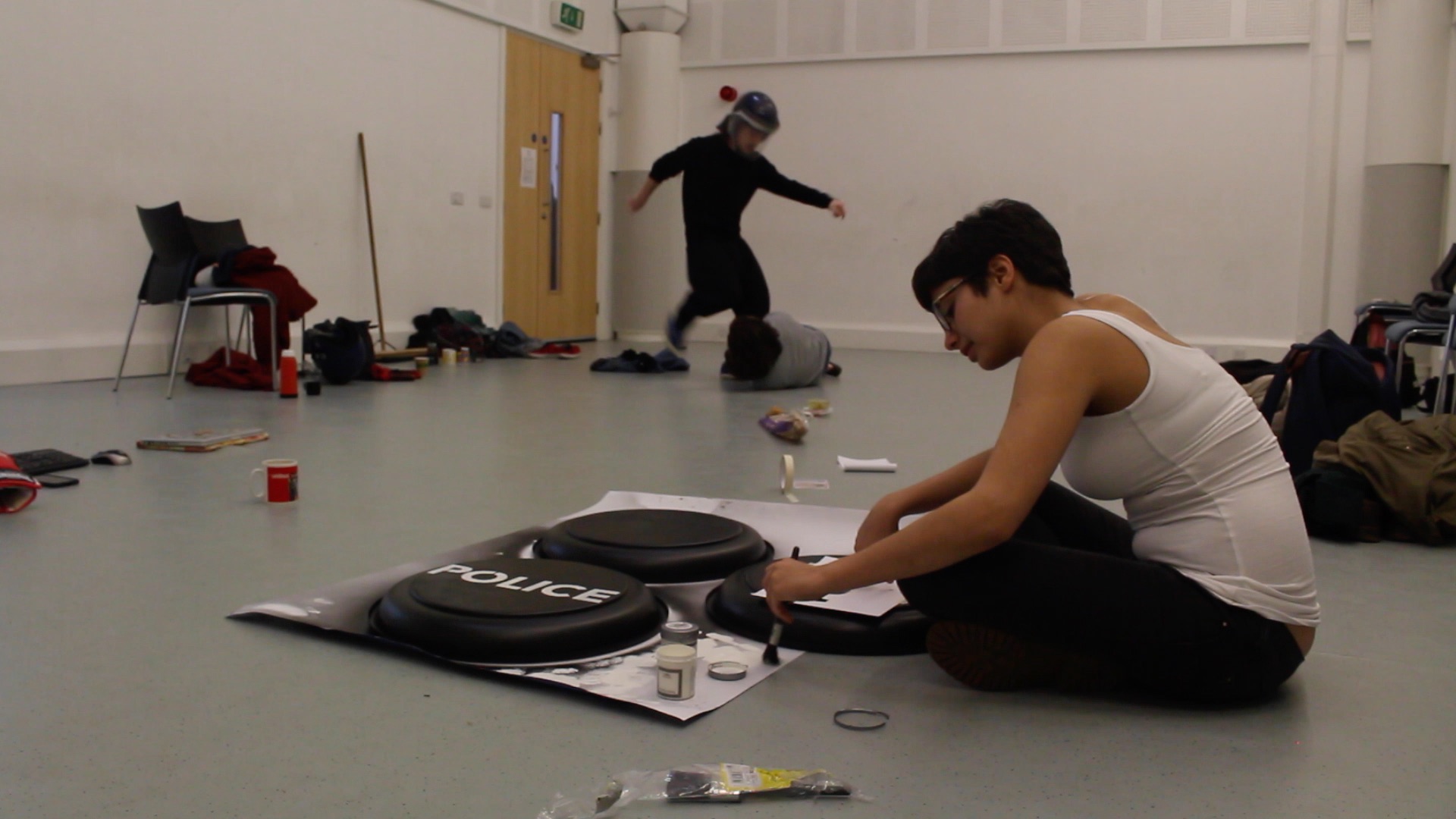 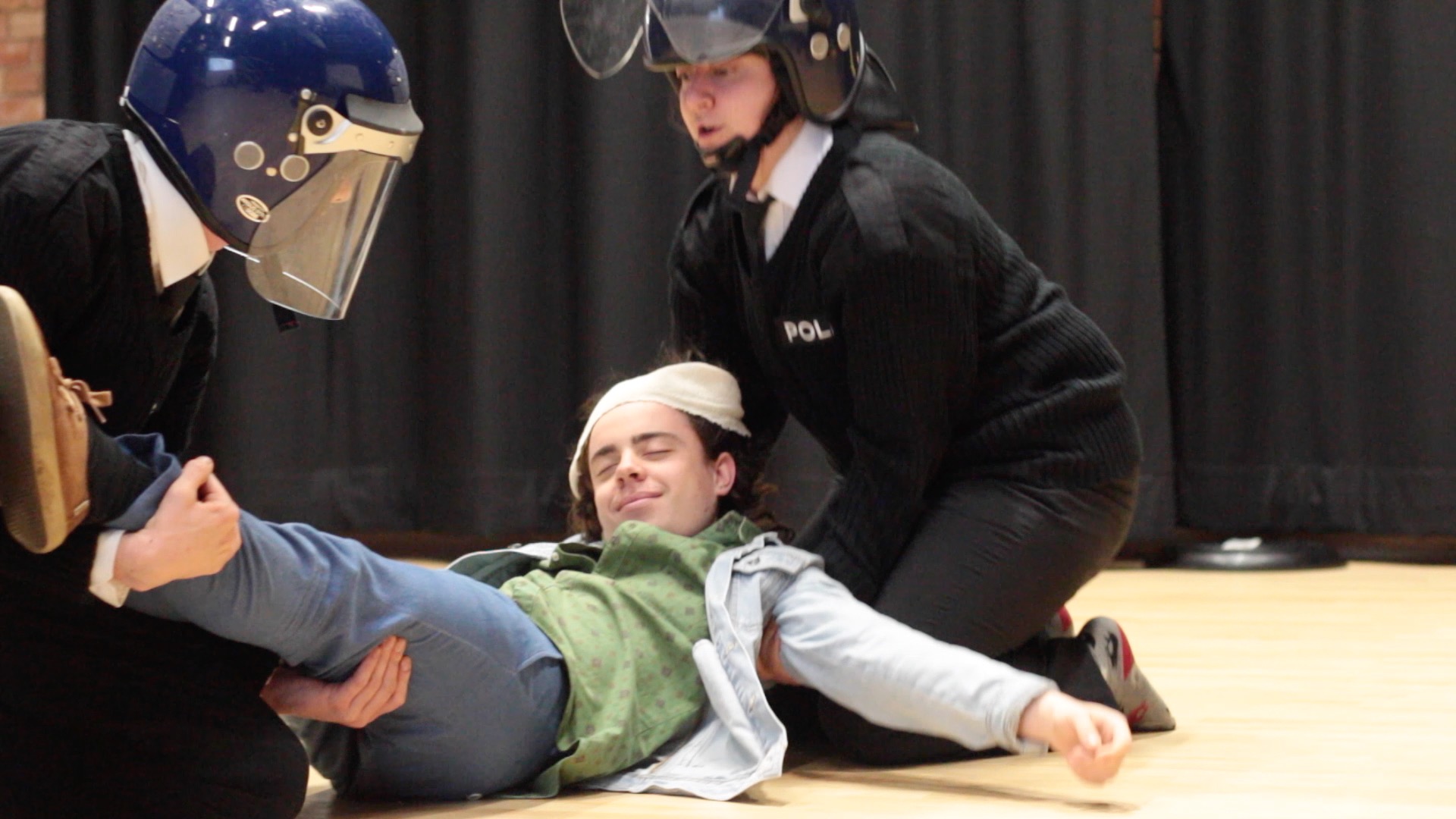 Despite being the first time CS gas was ever used on UK students, Dorothy emphasises that the violence dished out on the Warwick campus was nothing like what the similarly unarmed and peaceful travellers experienced at the Beanfield. But the two events brought into focus the same conflicts around the growing privatisation of public space, the state’s lack of tolerance for protest – and the impunity when it delivers violence open those it labels “other” or undesirable.

“It’s interesting to look at what has changed, like police tactics, but what hasn’t changed is their adversity to public protest, gatherings and alternative movements,” Dorothy explains. “Then you look at the effect of the Battle of the Beanfield. Where is the new age travellers movement now? Who are all these people going to Stonehenge today and what are they looking for? The lack of being able to truly immerse yourself in this experience of the solstice, or even really believe, personally engage with the history and find an authentic experience is definitely a symptom of our generation and what has been lost over the last 30/40 years.”

Authorities claim they were clamping down on the free festival to protect the stones. They are now shut off to the public, except for one day a year when they’re opened up for the solstice event. However, they now receive far more damage than ever before. The government saw the new age traveller movement as an annoyance and their embrace of an alternative way of life established them as ideological enemies, much like the miners. Their plan to flout the festival ban in 1985 gave the government a pretext to confront them – and the movement was decisively fractured. 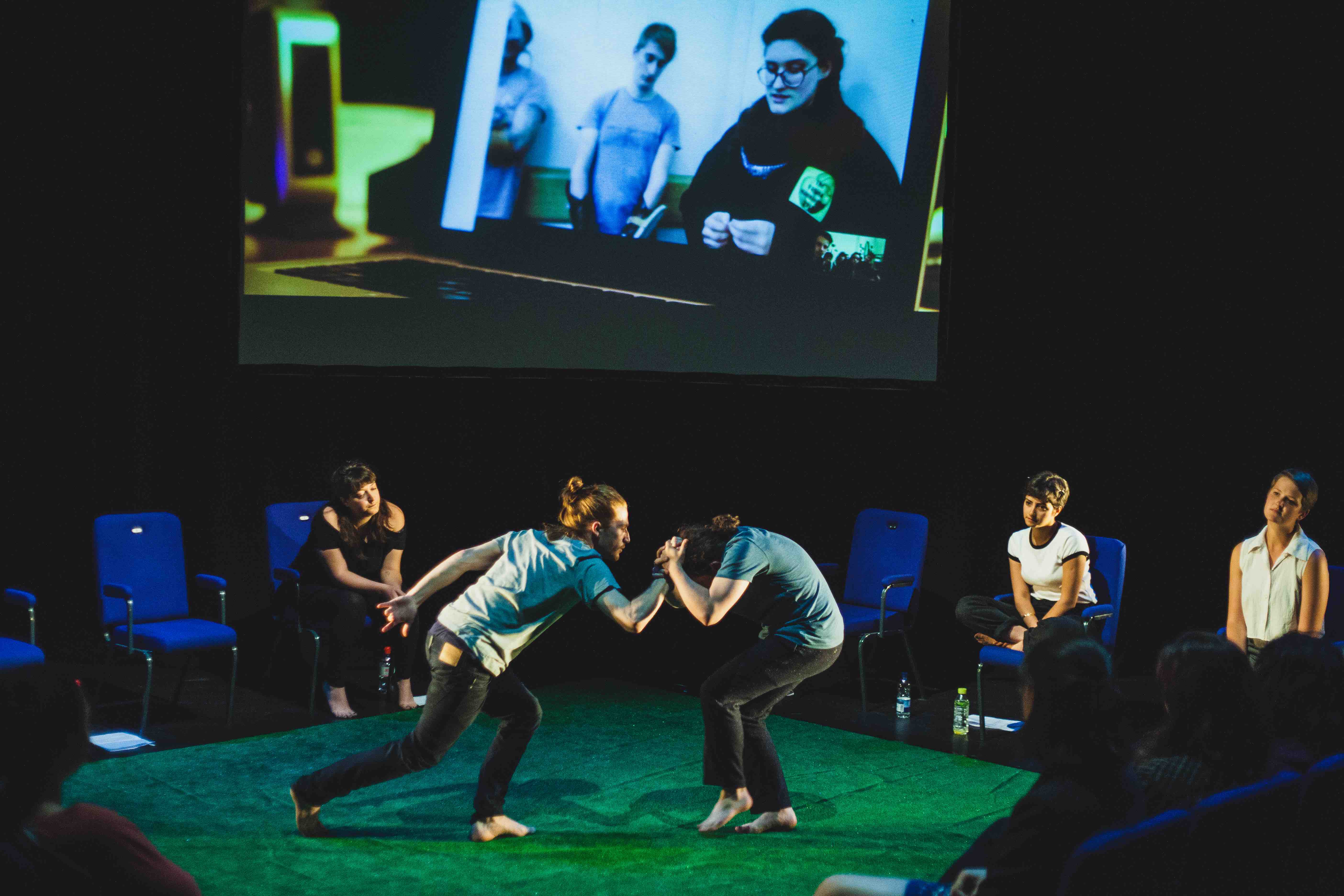 Carol, a traveller whose interview appears in the play, is one of many still looking for answers as to why the police chose to act so brutally. She recounts how a few years later, by chance, she ran into a former officer in a lay-by. He told her that on the night of the battle, the violence had sparked a flashback to the Falklands war, he blacked out and had been blindly attacking everyone, including other officers until he was restrained by his colleagues and came to.

Ruwan was the only police officer the group found prepared to talk about his experiences. Now a criminologist, he studies the institutionalisation of police officers and psychology of group mentality. They found him through an Amazon review of Andy Worthington’s book, The Battle of the Beanfield, where he wrote ‘I was there as an officer. These were not days to be proud of’.

“Ruwan has spent the last several decades working out how, as a 22 or 23 year old, he was able to commit such horrible violence against these innocent people – basically crimes,” Dorothy explains. “He was an essential voice to give the play balance. He’s so interesting because he understands the procedures that police go through and their way of thinking and operating. He says at one point, you almost need to be schizophrenic, because you go between this jovial banter between police and then the moment a traveller comes over, they completely switch – before going back to the laughter and humour.” 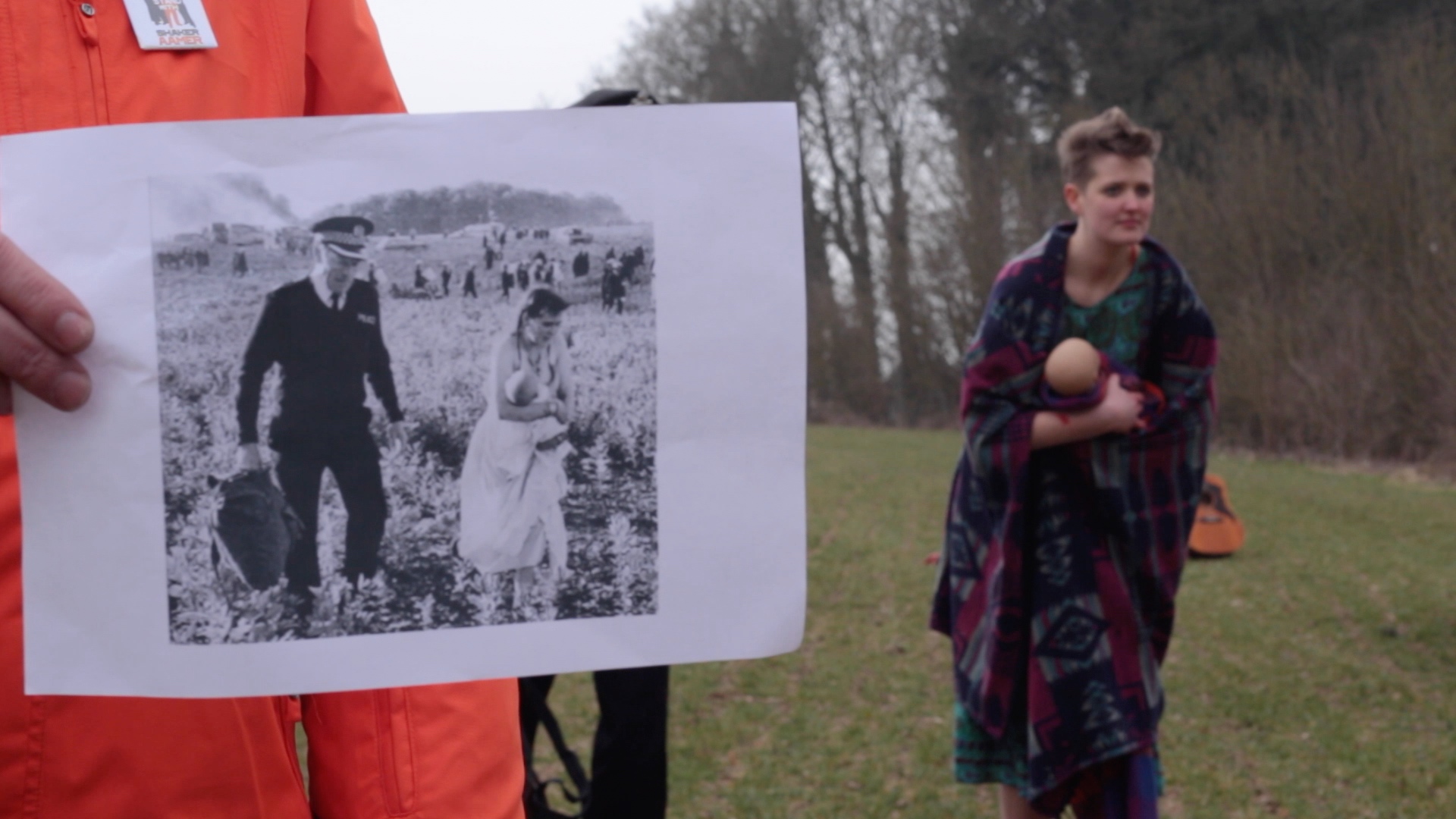 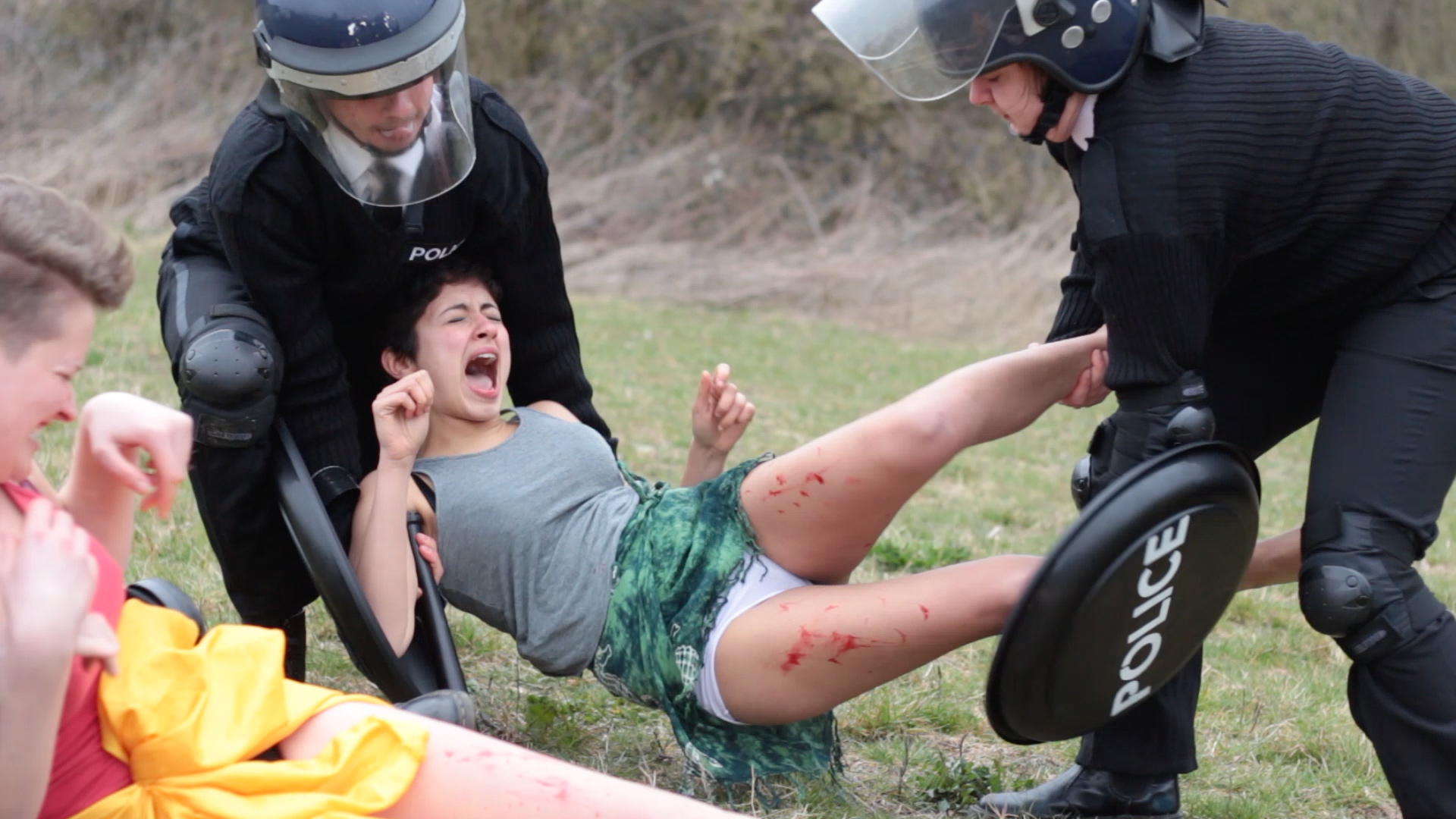 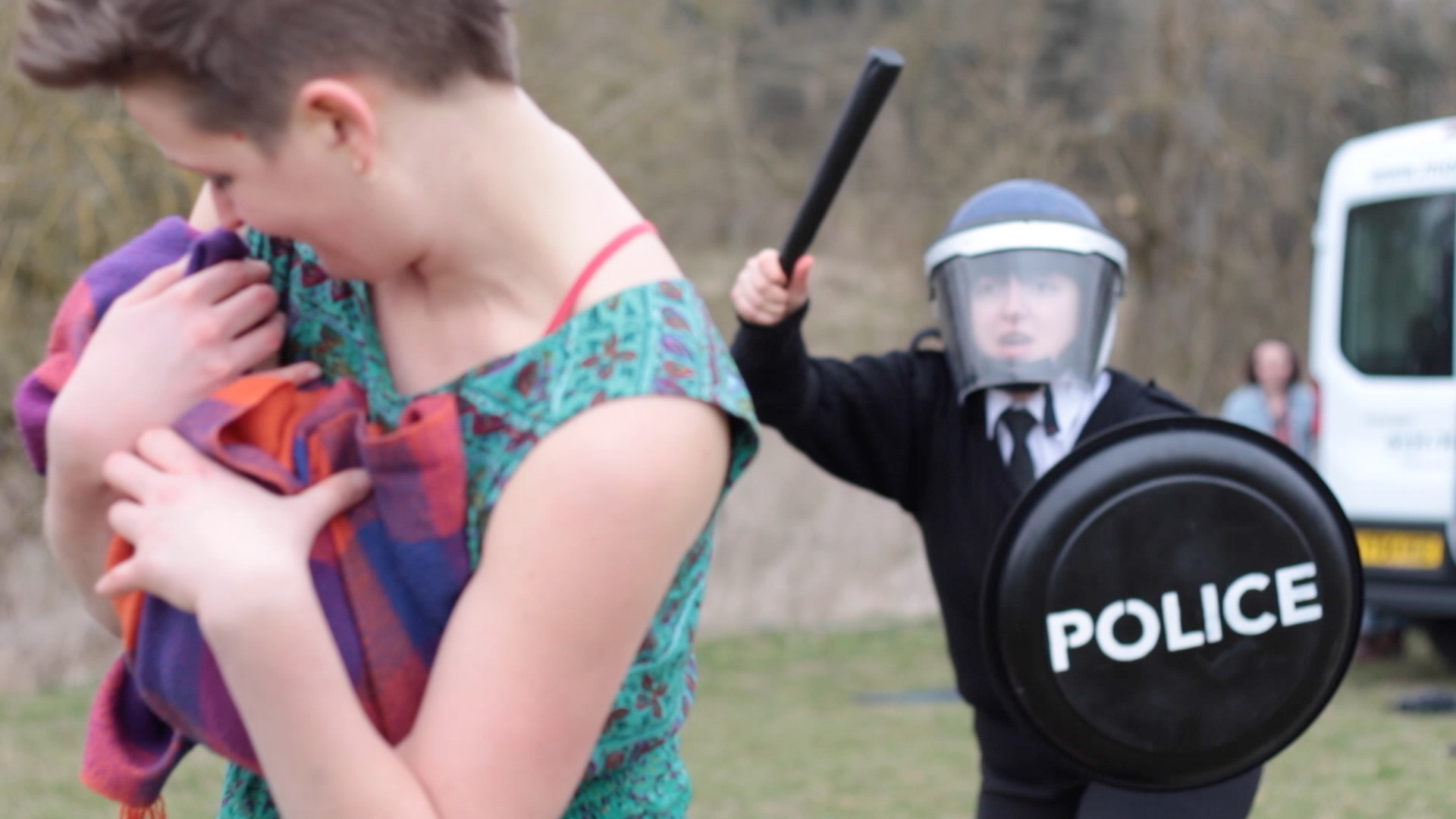 Ruwan is one of the few people on the authorities’ side prepared to speak out. In trying to piece together what happened on that night, Billy and Dorothy encountered the same deafening wall of silence experience by the travellers, who have been pushing for an inquiry for 30 years – but have made scant progress. Few ordinary people have even heard of the Battle of the Beanfield. “When you’re faced with rotten, systematically corrupt institutions, such as the police force, such as the justice system, I think it’s an interesting idea that you can put people on trial through different cultural forms,” Dorothy explains.

The Serial podcast, which looked at a potential miscarriage of justice over the killing of a Baltimore high school student in the late ’90s; the Making a Murderer TV show which exposed how police framed an innocent man; and Joshua Oppenheimer’s documentary The Act of Killing, which confronted the never-prosecuted torturers and murderers of Indonesia’s military dictatorship; are all powerful, recent examples of art tackling injustice and impunity.

“Essentially, they’re all enacting inquiries,” she explains. “They’re inquiries for the people, which anyone and everyone can get involved with. You don’t need to go to court. Art can be a really useful tool to question people who are immune from being charged. Try taking the police force to court! Documentary film and theatre are great at gathering testimony, speaking to witnesses and accounting for them. They can play an interesting surrogate role to play as the inquirer.”

The Beanfield is on at Battersea Arts Centre until April 21, before touring the UK.

Linkedin
RELATED ARTICLES
OTHER ARTICLES
The government’s brutal crackdown on NGOs has left victims of rape without anywhere to seek help. And now, as the country plays a key role is Russia’s war, things are only getting worse.
Last week, Tower Hamlets council removed its nudity-restricting licensing conditions in a huge win for London’s kink community.
Following the release of his latest album, the rapper talks about finding a new approach to songwriting, attitudes to poverty, and why his music is more than a political statement.
Photographer Bud Glick recounts documenting everyday life in the area, and what it taught him about the Chinese immigrant experience.
Yesterday, rail workers came together to protest poor pay, working conditions and job cuts in their latest round of strikes.
To mark the premiere of his new documentary on surfing giant Gerry Lopez, the filmmaker and former pro skateboarder sits down to share his unique brand of wisdom.