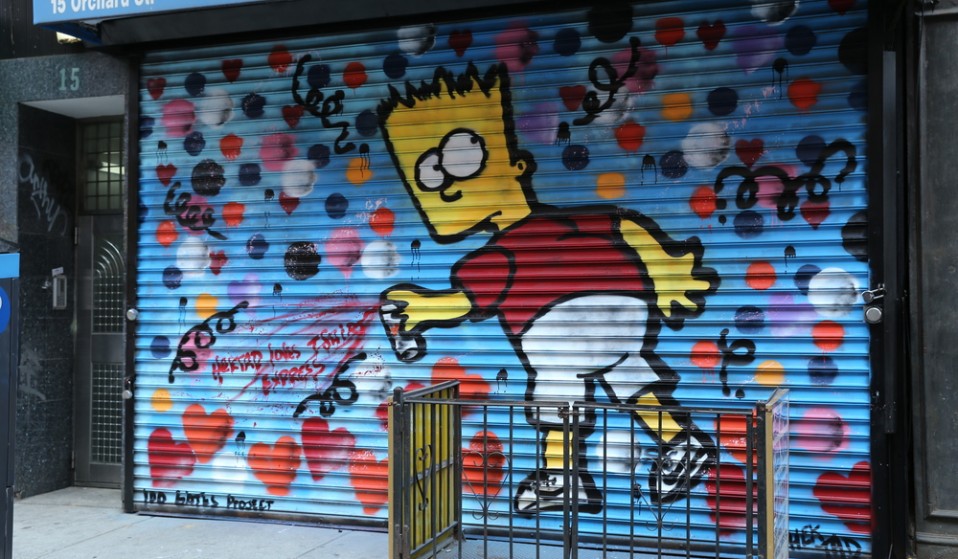 We catch up with Natalie Raben of the 100 Gates Project, which is matching artists up with businesses to create beautiful shopfronts in New York's coolest borough.

We catch up with Natalie Raben of the 100 Gates Project, which is matching artists up with businesses to create beautiful shopfronts in New York's coolest borough.

New York’s Lower East Side is no stranger when it comes to street art. So it hardly surprising that shop shutters across the area are being adorned with eye-capturing artwork. But this is not a trend, it’s part of a new project that hones in on the creativity of local artists and their collaborative spirit. The 100 Gates project is an idea born out of the minds of artists Billy Rohan and Jessica Blowers whereby 100 local shutters are given a makeover by selected artists who complement the business’ style. 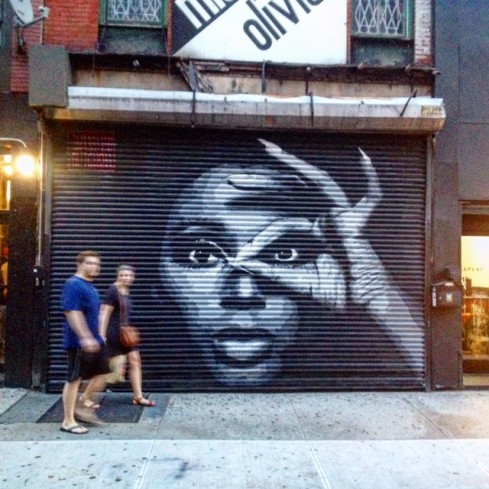 They have revamped 58 gates since May, some of those already completed include a mural of Bart Simpson using graffiti to vandalise the gate of T-Shirt Express on Orchard Street, created by artist Hektad, and an Essex Street Market sign by Dominic Korry.

Rohan and Blowers’ concept got underway last summer when they went door-to-door to local Lower East Side businesses, asking them whether they could paint their gates. Though only a small-scale idea at first, it took off when Rohan happened to skate past now-Project Manager Natalie Raben, who was overseeing a 1,800 square foot asphalt mural at the intersection of a Division, Ludlow, and Canal Streets.

Rohan opened up about his idea to Rabens – who works as Director of Marketing and Communications at the Lower East Side Business Improvement District (a non-profit marketing and commercial development organisation) – who instantly took to it. She had access to streams of funding and so put the idea forward for a local development grant called the Neighbourhood Challenge. It was awarded $30,000, which allowed the project to get underway earlier this year. Some of the artists selected so far include Mr. Stash, Claw Money, Joseph Meloy and of course, Rohan and Blowers themselves. 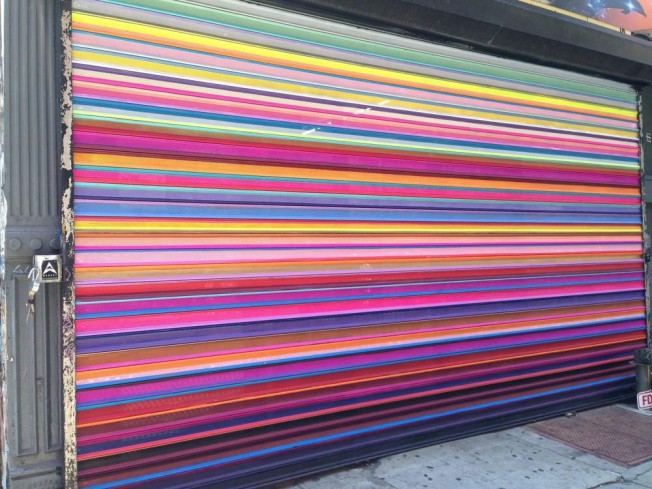 There is a rich history of tagging in LES but Raben argues that the streets should now reflect the writers’ growth as artists. “A lot of graffiti people that were former head honchos for graffiti have now transformed into a new iteration of street art, and public art is being more and more widely accepted,” she says.

Certainly, it may be a manifestation of public art for the social media age, with many posts on Instagram adding #100gates with the encouragement of the artists. Raben believes that’s one of the most exhilarating parts of the initiative. “It’s a very Instagram-able project because its public art,” she says. 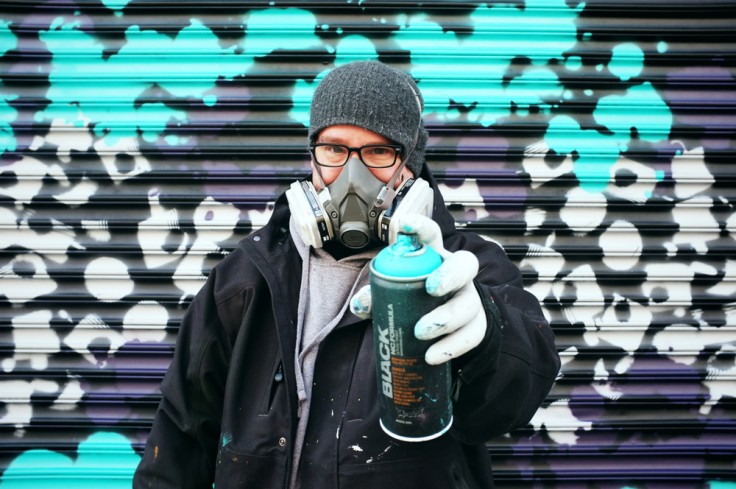 The Lower East Side has seen an influx of art in the last few years with a new wave of galleries from areas such as the Upper East Side and Chelsea hitting the area, and adding to the area’s 120-130 galleries overall. Raben suggests that ‘100 Gates’ builds upon this.

“We’re learning on the field what works and doesn’t work, and we’re creating somewhat of a manual for how this can be done,” says Raben. “We have businesses such as old-school electronics, new hipster coffee shops, and even this UK candy store all already on board – so a really broad swathe! We are absolutely designing this project so it can be implemented not only in this neighbourhood but also on a wider scale.”

Where 100 Gates spreads to next is anybody’s guess.