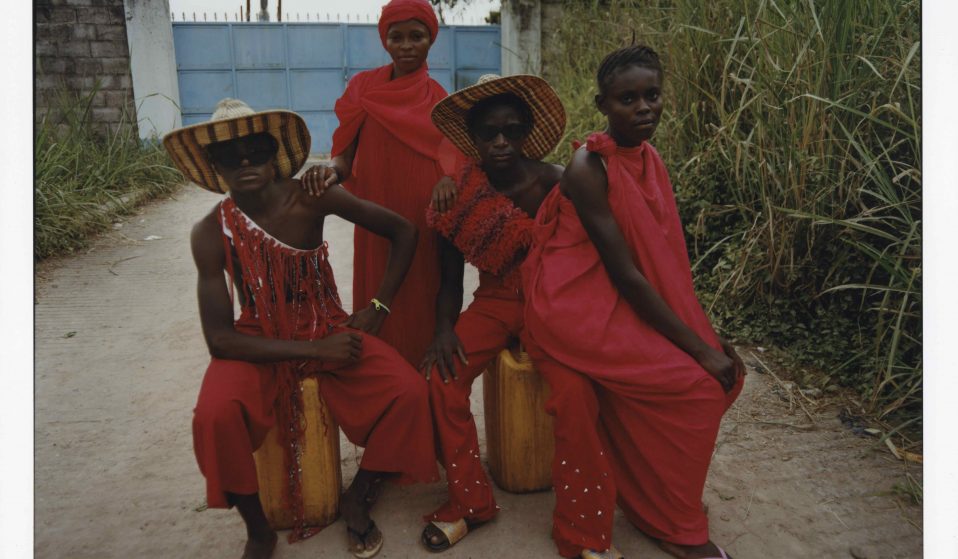 What began as an artistic practice by musician Petite Noir has quickly morphed into a state of mind; a way of expressing the powerful but fragmented identity of today’s African diaspora.

What began as an artistic practice by musician Petite Noir has quickly morphed into a state of mind; a way of expressing the powerful but fragmented identity of today’s African diaspora.

Borders – literal and figurative – are a prominent part of today’s global landscape. Back in 1989, there were 15 border walls in the world, now there are 77 and counting. The numbers speak to a preoccupation with national identity and a creeping climate of xenophobia.

Directly opposing this insular outlook is ‘Noirwave’: a cultural movement imagined by musician Petite Noir – a.k.a Yannick Ilunga – and his co-collaborator and wife, Rochelle “RhaRha” Nembhard. It began as a way for Ilunga to create music without considering genre. “I wanted to put all my ideas together and try and create something completely new, so I started making music the way I knew how and just let my creativity run free,” says Ilunga, whose influences range from jazz to metal to scream to kizomba and more. Nembhard took this one step further with a carefully considered aesthetic: she masterminds Ilunga’s music videos and stage outfits. For her, a symbolic aesthetic offers another layer of communication.

But what began as an artistic practice, quickly morphed into a state of mind; a way of expressing the powerful but fragmented identity of today’s African diaspora. It is limitless, boundaryless and timeless. “It’s the reaction to living in this generation and climate,” says Nembhard. “It’s about turning the refugee experience into something we can celebrate rather than something you look down on.”

The borderless philosophy has been written about extensively in relation to the African continent, where country lines were drawn under colonial rule. The Pan-African movement has done much to address the reunification of those of African descent, while just last year, the African Union’s then chairperson, Dr. Nkosazana Dlamini-Zuma, a South African politician and activist, coined the term ‘borderless Africa’, speaking to the utopian ideal of limitless movement. 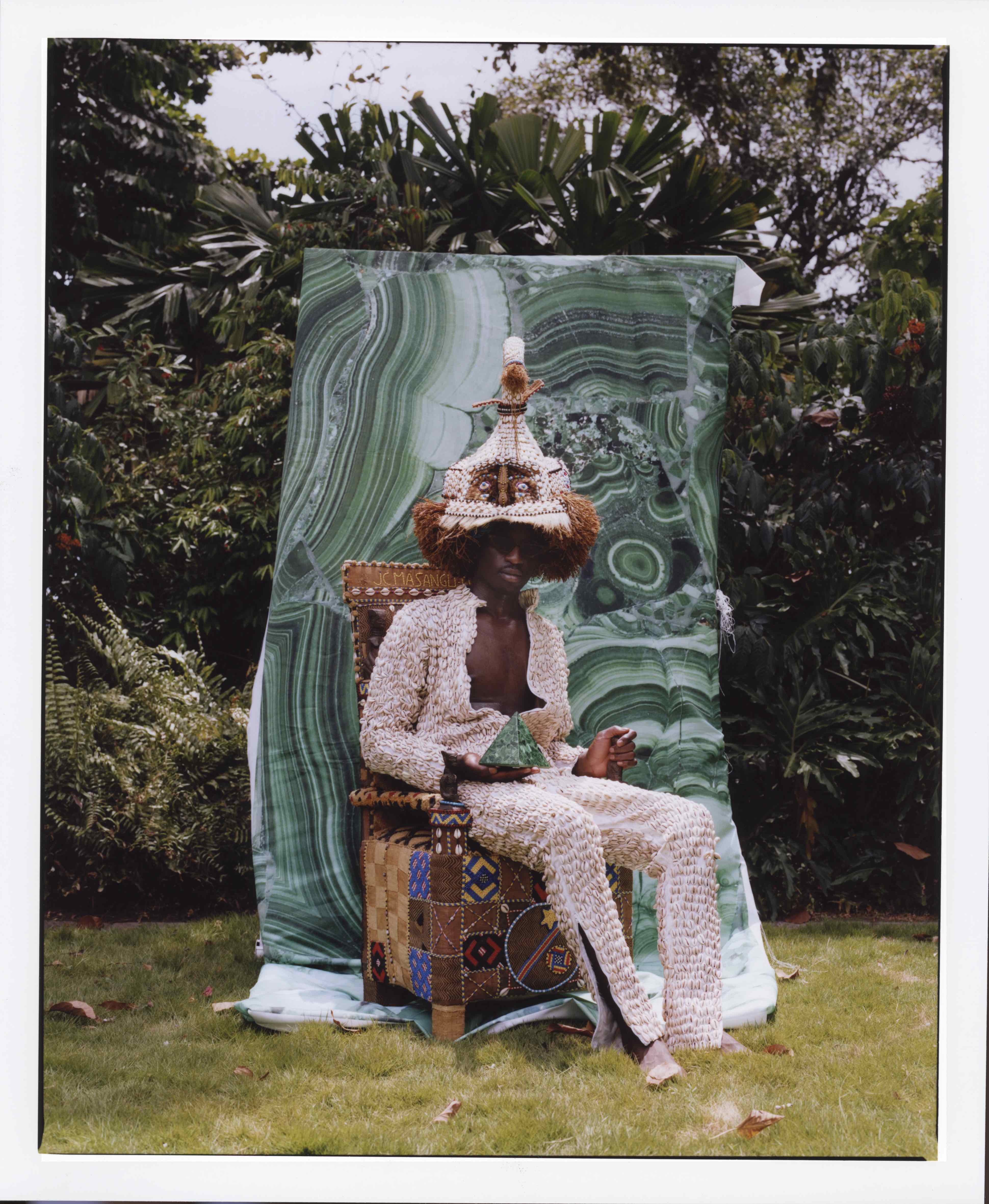 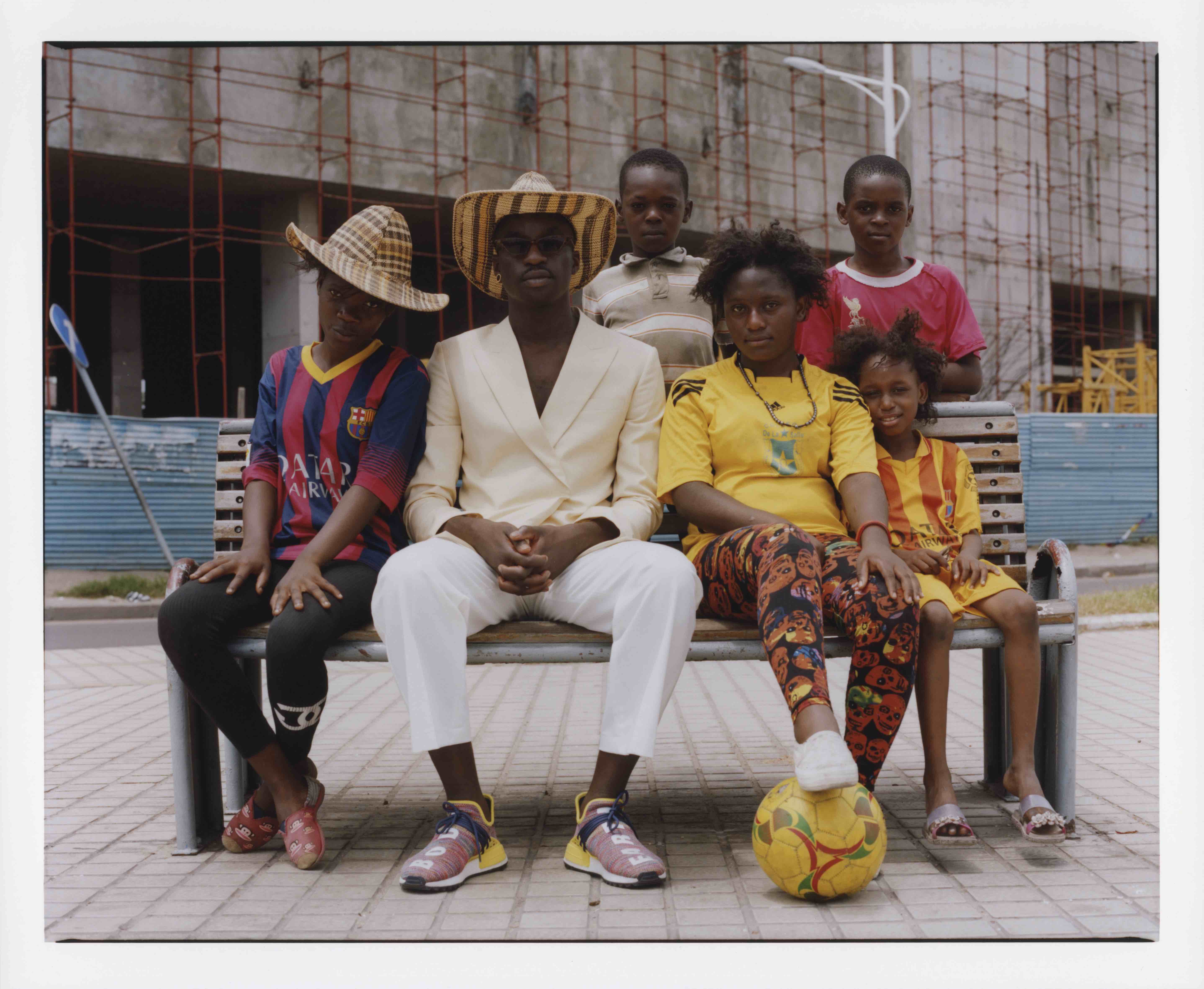 If Noirwave is a continuation of this ethos, can it be applied outside of Africa? “It’s noir ‘black’ wave but it’s for everyone, because black is infinite,” says Nembhard. “It’s the source, it’s where everything comes from. And it’s about using that infinite space to lead your life.” Followers of Noirwave, he says, “stand on the shoulders of diaspora, refugees and immigrants” and “recognise creativity as a transcendent catalyst for change.”

It couldn’t come at a more vital time. The pair both live in Brexit-Britain and feel uneasy about this global shift in anti-immigration policy. As Nembhard puts it: “The beast is awakening.” And just as punk rock in the 1970s spat at right-wing politics, Noirwave turns its back on the current status quo of isolationism. “We both came from very diverse backgrounds and we both felt like we belonged nowhere,” says Rha. “Noirwave became a frame of mind; having no borders in terms of music and no borders in terms of what it means to have an African identity. Home is a global place – it’s the universe.”

Rha was born in Birmingham, England, grew up in Johannesburg and spent six years living in Asia. It was in Asia that she felt the true origins of Noirwave. “As a black woman living in Asia there was no identity to fit or mould myself into,” she says. “I had to create my own lane – that’s where the idea came from: We’re going to create our own world.” Ilunga meanwhile was born in Belgium to an Angolan mother and Congolese father (an influential politician who served in the government of Mobutu Sese Seko) and spent his formative years in Cape Town.

“Growing up in Cape Town was cool; it was multicultural. But it has its demons,” says Ilunga. “It’s a city that was not made for black people to prosper, so in that sense it was hard. There were certain places you couldn’t go, people would look at you funny. Even though it’s Africa it’s supposed to be my so-called home.” In order to overcome these barriers, he adjusted his mindset. “I’ve learnt to take all of that negative energy that has been thrown on me and put it into my art,” he adds. 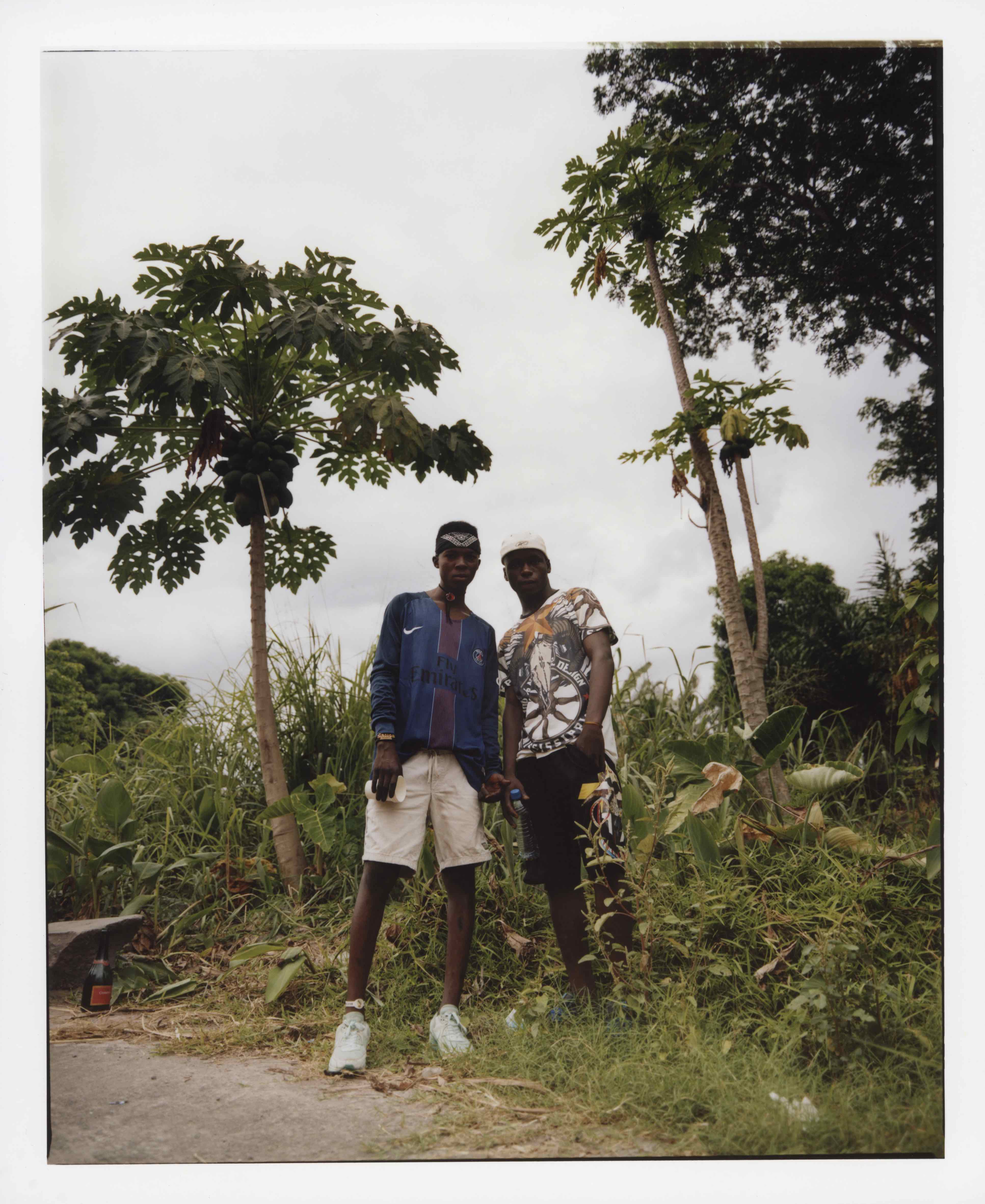 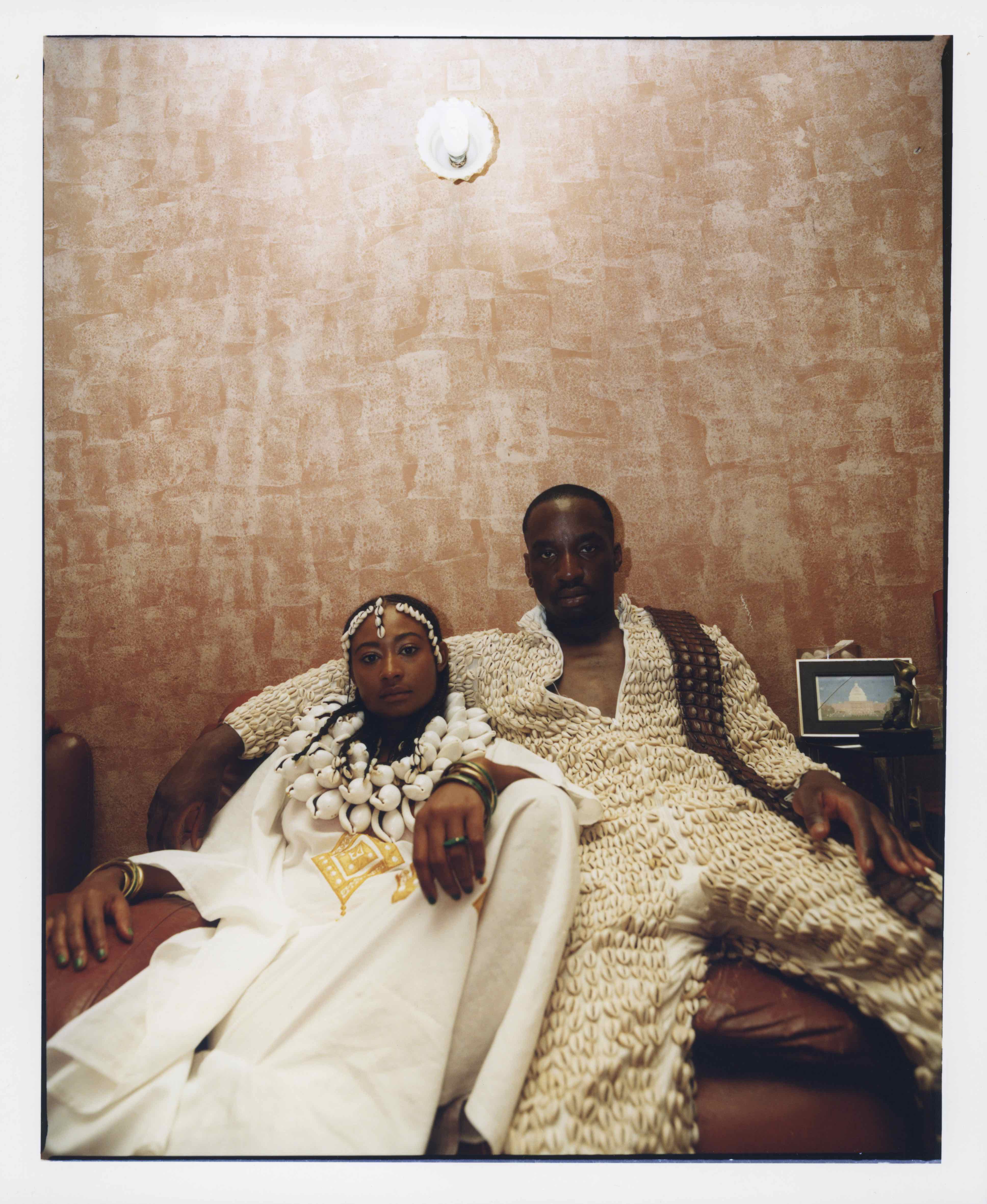 The expression of Noirwave comes in many forms – music, film, performance, fashion – and the latest incarnation is a photographic collaboration with South African photographer Kyle Weeks. The series, which will be used in Ilunga’s new album, La Maison Noir/ The Black House, was shot in the Democratic Republic of Congo and references portraits of Congolese kings of the 18th and 19th Century through elaborate regal costume. In line with the Noirwave ethos, the portraits celebrate the country’s history against a contemporary context, dismissing stereotypes of a nation too often associated with war.

The images celebrate Ilunga’s heritage alongside a vibrant Congolese youth who are making new music and looking forward to their future. “We met a lot of amazing kids that were all artists,” says Ilunga. “They thought the shoot was pretty crazy, they were so inspired.” Some of the photos were shot in the countryside, while others were shot in Ilunga’s families’ homes, who, he says, were all very responsive to being able to show another side to DRC.

Weeks, whose work often questions the ethics of representation, was excited by the opportunity to subvert Congo’s global image. “My perception of Congo before I went was shaped by the media and also photographers like Guy Tillim or Richard Mosse, whose pictures focus on hardship,” he says. “Having spent time there I was struck by the fact that, once again, that is just one aspect of a culture that is being highlighted and sadly that often does become the dominant view.”

Weeks strives to offer a counter-narrative and in that sense, he has always embodied the spirit of Noirwave. “It is very much aligned with my photographic pursuits,” he says. “I try to show a more well-rounded and true contemporary experience on the African continent, one that’s not focused on all the difficulties but one that is marked by creativity, change and people having as much agency as anybody else in the world.”

“This is when the best art is made when it’s reacting against something.” 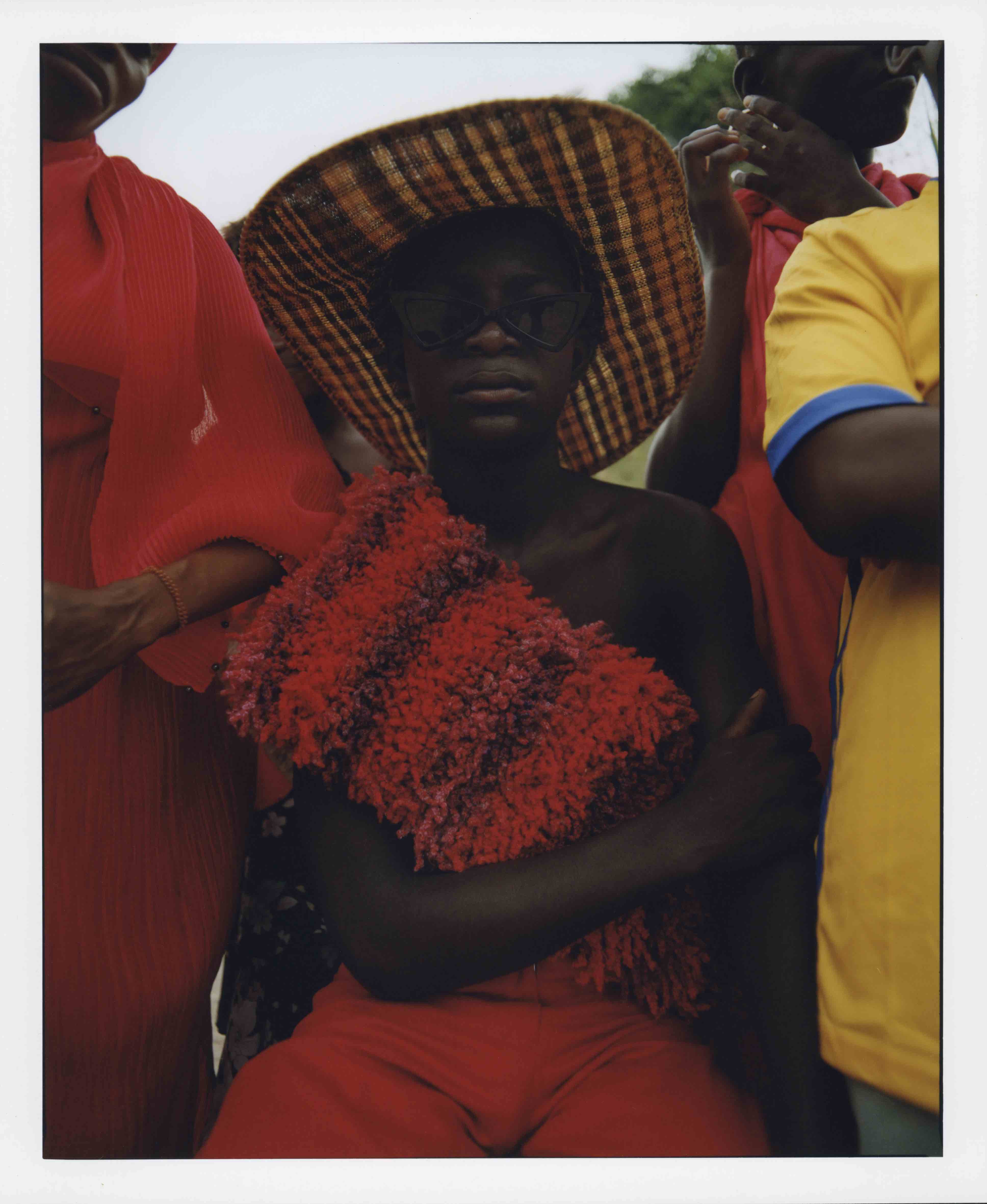 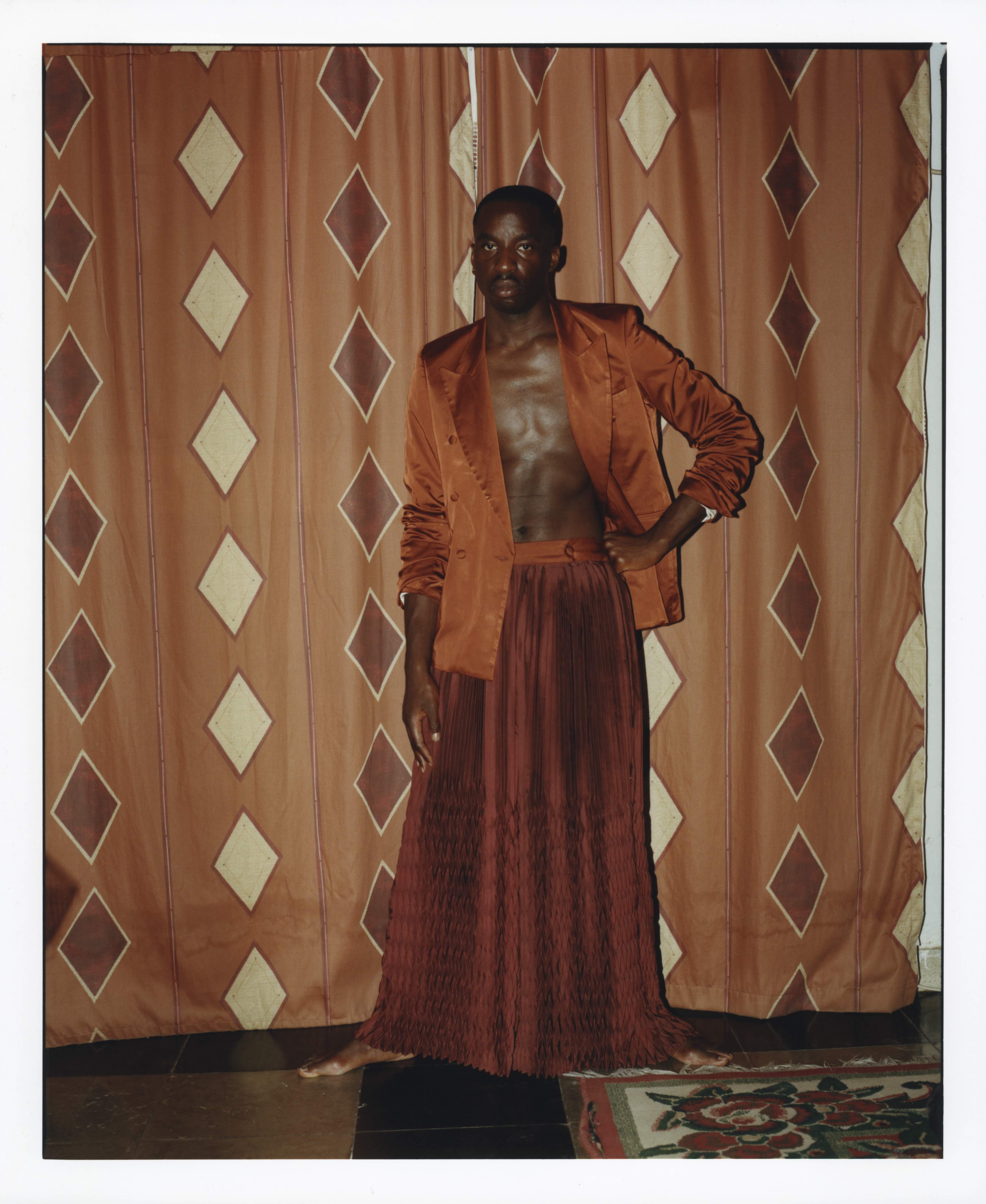 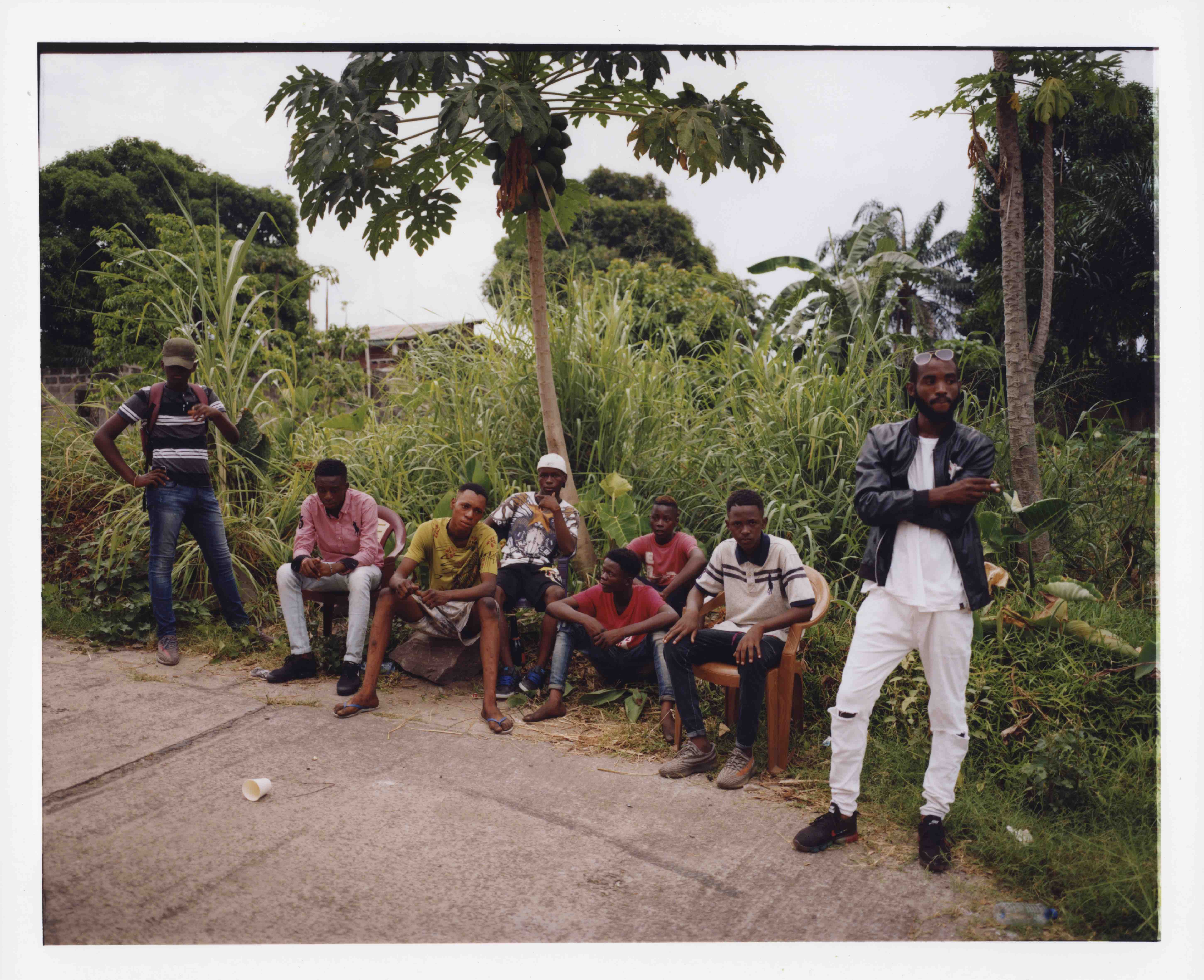 Linkedin
RELATED ARTICLES
OTHER ARTICLES
Ahead of the release of their first collaborative album, the producer and rapper talk psychedelics and the state of UK hip hop.
Rogue landlords are exploiting young and inexperienced renters and leaving them in mental and financial turmoil, reports Niall Hignett.
Sean Maung’s photos are a love letter to the Black and brown communities that make up New York.
In his 2008 series, the photographer pictured himself as Angela Davis, Martin Luther King Jr., Malcolm X, and other prominent figures.
Cindy Campbell recounts how her brother ushered in a new era of musical culture at a party she held in the Bronx in ‘70s.
As the Scottish government announces a rent freeze, an activist with Living Rent who fought and won shares how they did it, and what must come next.