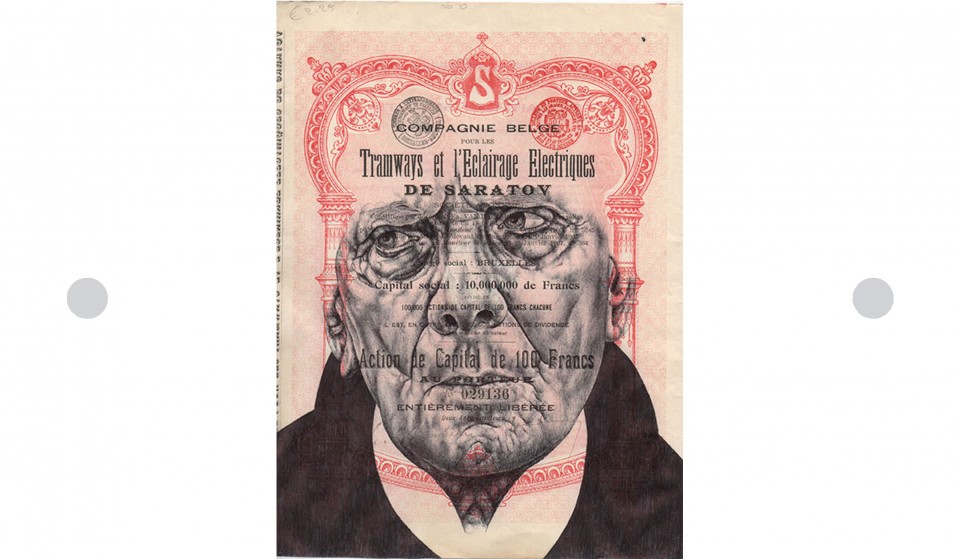 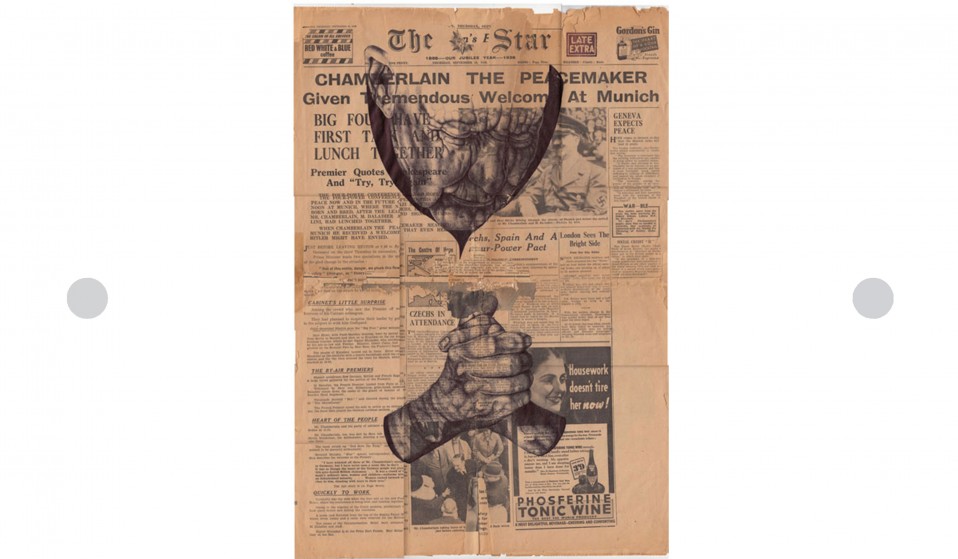 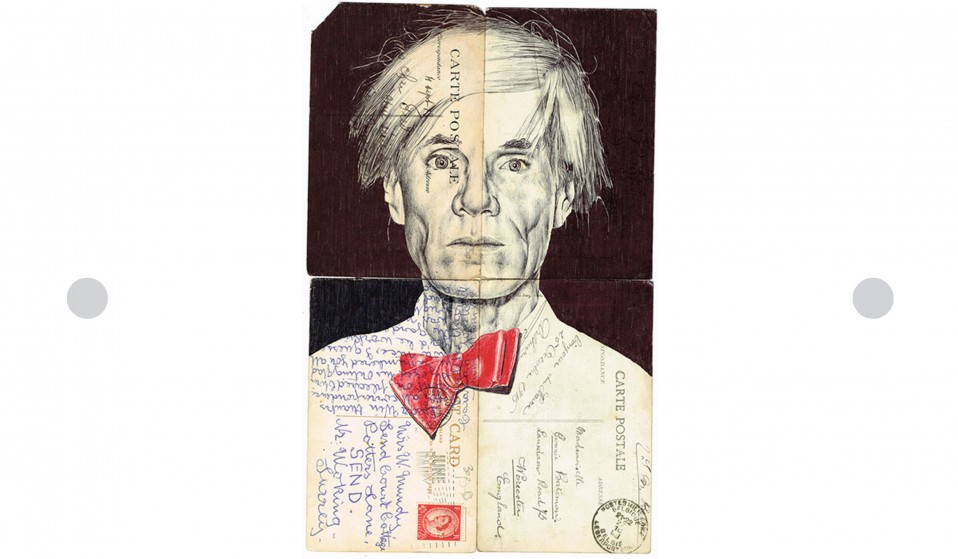 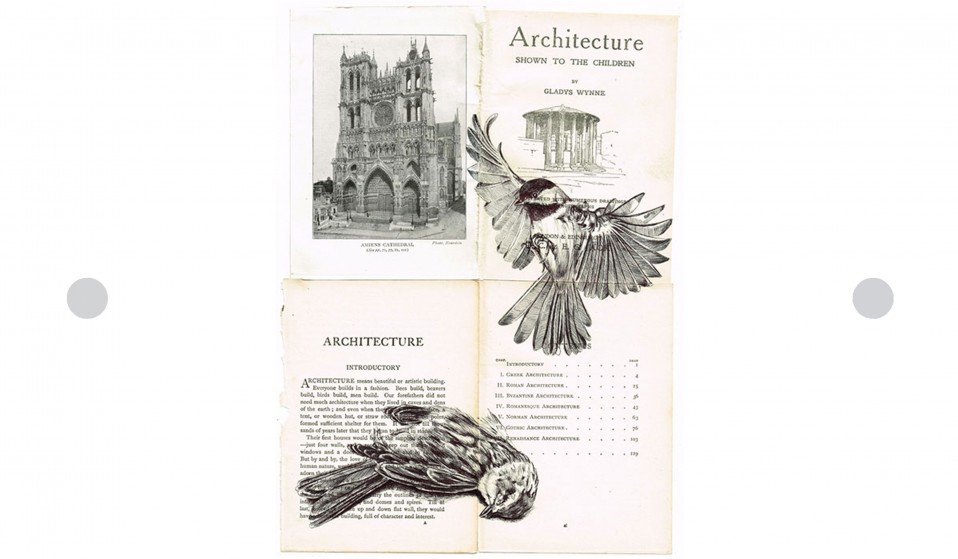 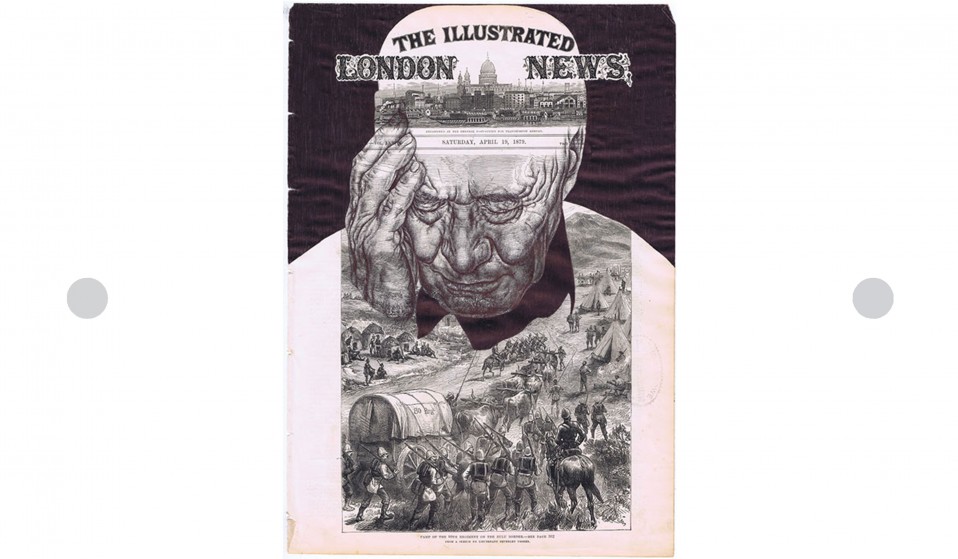 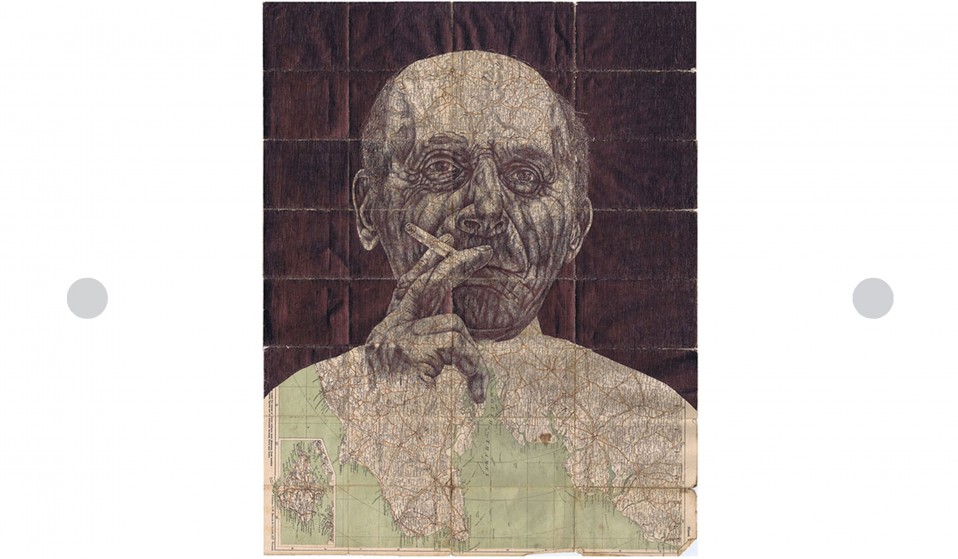 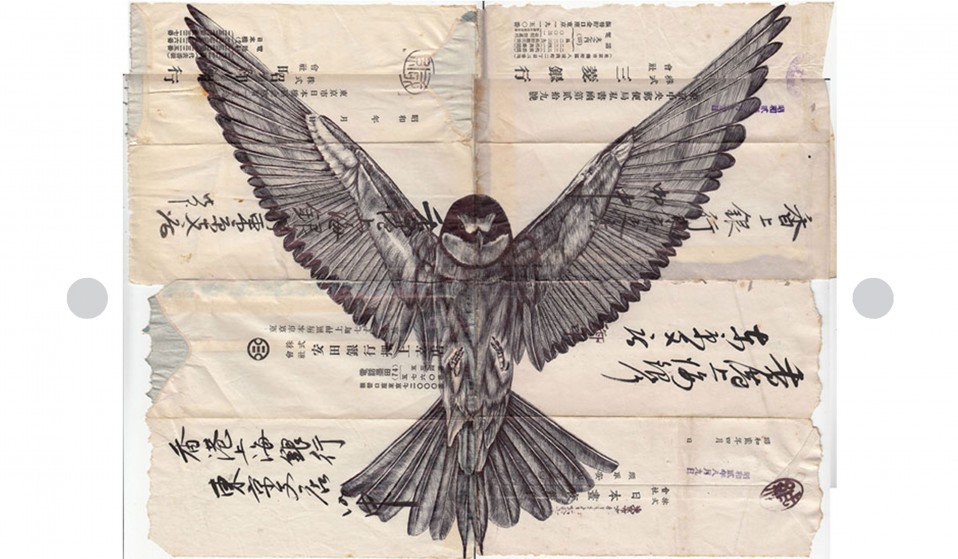 Mark Powell shares the influences and inspirations behind his macabre biro portraits.

Mark Powell shares the influences and inspirations behind his macabre biro portraits.

As artist Mark Powell leafs through antique documents, the words and pictures on their fading pages conjure images to his mind, usually of faces – both animal and human.

When he finds an old periodical, map, letter or postcard that particularly grabs him, he takes out his signature biro to pen a painstakingly detailed portrait responding to the object he’s drawing on.

In one piece, an old woman with her eyes cast mournfully downwards and her hands clasped in prayer emerges from a newspaper front page announcing Chamberlain’s triumphant arrival at the Munich Conference in 1938 that – unbeknownst to readers at the time – failed to prevent the outbreak of the second world war in the following year.

Mark’s work creates a dialogue between canvas and image, and gives an eery new life to letters and publications that sometimes date back as far as the 18th century.

Huck asked the Hackney-based artist about his influences and inspirations as his work goes on display at group show The Ark. 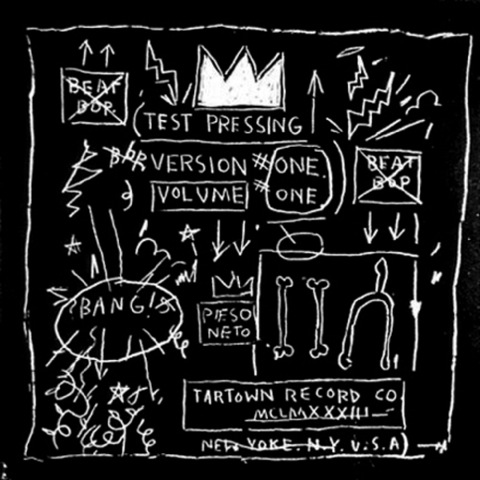 My favourite artist. Even though the drawings I do are completely different to his style, I find that every time I look at his work it drives me to create something and push myself. Alongside Joseph Beuys, Cy Twombly and others, I find his work challenging and encouraging. 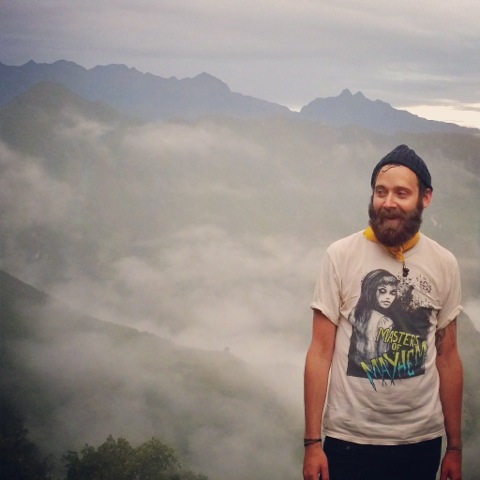 Travel is important. I like to get away as often as possible, even though it’s getting harder with all the shows taking up my time. I recently went around Peru, to Cusco to do the Inca trail and sailed around the Amazon for a while. Meeting many interesting people, villages and towns helps to keep ideas fresh and provides more inspiration and encourages me to produce more and better work. 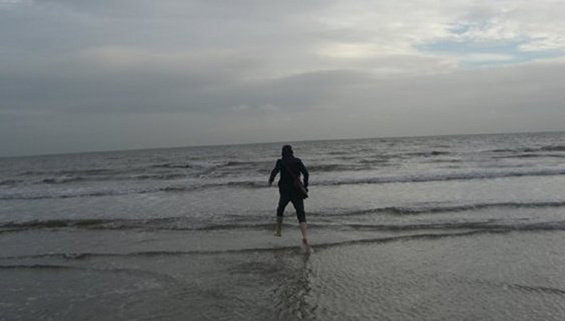 Living in London is great but I always need to head to the coast to sit by the sea, get out my sketch book, have a beer and listen to music, of course. It always helps to get away from the everyday to keep everything as fresh as possible. I find the sea is the remedy to city living.

I simply can’t do anything without listening to music. From Radiohead to Bellows to Forest Swords. I like to listen to most types of music and the louder the better. I find it helps keep the rest of the world away so I can concentrate on my own ideas and focus. 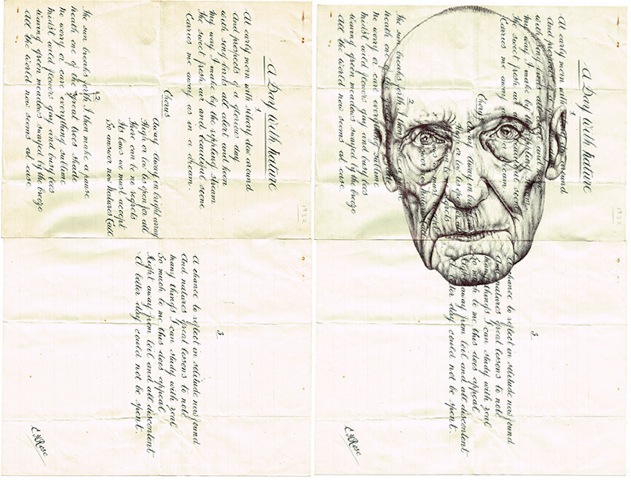 Of course, I love vintage documents and found objects. They have so much history and character, even before a pen or paint touches them. The oldest document I have drawn on is from 1633 and it was amazing. 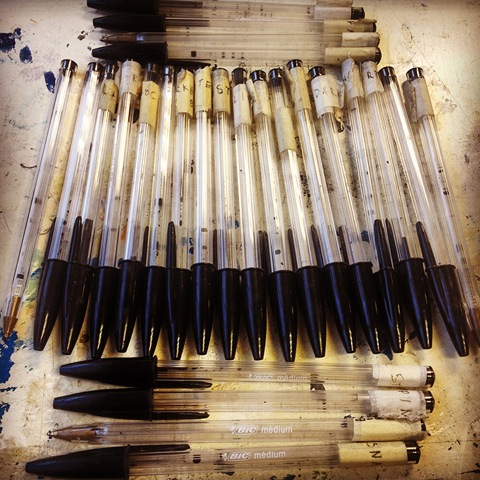 I love a Bic biro. They draw so nicely and the challenge is not to make a mistake since it can’t be corrected. You would not only ruin a drawing but also a precious document, which angers me – I have done that four times so far.

Find out more about Mark Powell or catch him at group show The Ark in the Crypt on the Green, St James Church, Clerkenwell London, September 26 – October 2.

Linkedin
RELATED ARTICLES
OTHER ARTICLES
The action took place in response to the 200 asylum-seeking children who were placed in hotels run by the Home Office who have gone missing.
A new podcast is opening up the conversation between trans women and trans amorous men in the hope of building coalitions.
At his West Bank restaurant, Fadi Kattan established himself as the voice of modern Palestinian cuisine. Now, he’s bringing his innovative, bold flavours to the UK’s capital.
Photographer Sean Maung reflects on documenting a small town in Pennsylvania afflicted by high levels of unemployment, poverty, violence, crime, and addiction.
As she gears up for the release of her first book, the 24-year-old climate activist talks standing up to authority and building a more inclusive movement.
After fleeing the war in Ukraine, people are finding it impossible to secure affordable and decent housing in the UK.