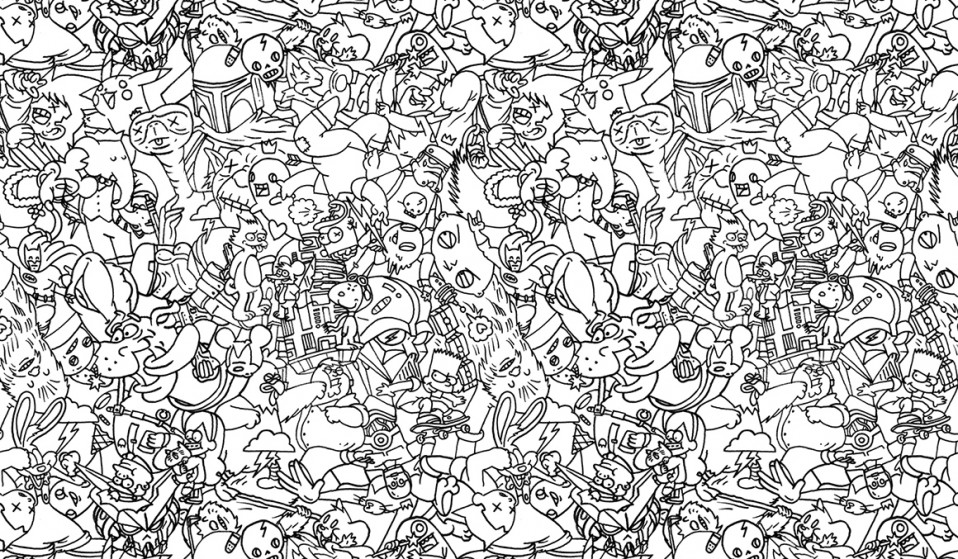 As part of last week's SXSW festival, Jasper Wong was among a collective of graffiti artists to transform the bare walls of downtown Austin into colourful tapestries. HUCK tracked him down to source his greatest creative inspirations.

As part of last week's SXSW festival, Jasper Wong was among a collective of graffiti artists to transform the bare walls of downtown Austin into colourful tapestries. HUCK tracked him down to source his greatest creative inspirations.

The latest incarnation of the project took them to the city streets of Austin, Texas as part of its annual SXSW festival. Wong was among a troupe of local and visiting artists, including Wade ‘Fish’ Thompson and Eleanor ‘Niz’ Herasimchuk, to partner with local art collective SprATX and revitalise downtown Austin. 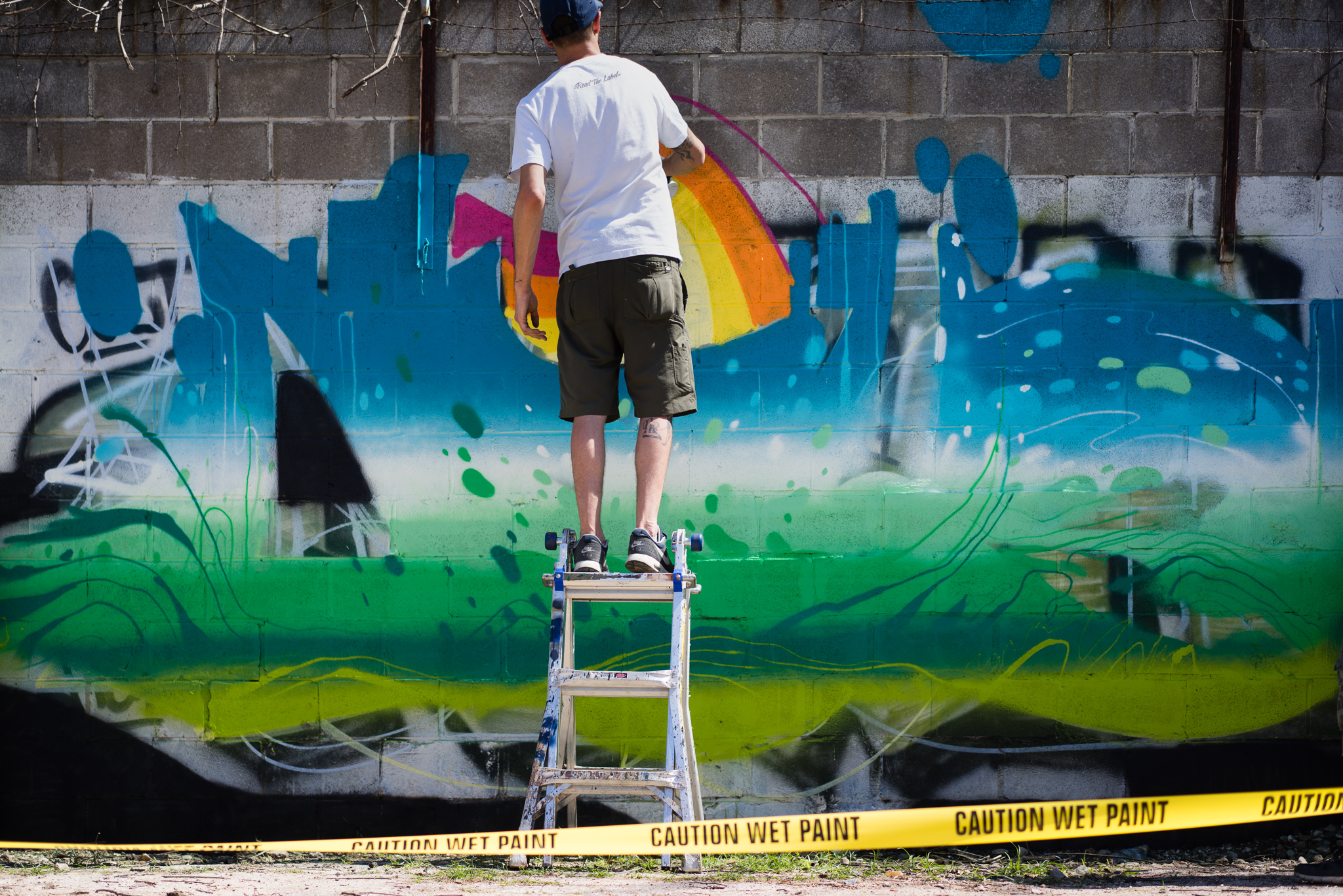 In a festival climate marred by accusations of corporate omnipotence and a yearly roster that fails to properly benefit or highlight Austin’s permanent locals, the inclusive, varied work of POW! WOW! is a much-needed dose of diversity – one that utilises community talent and produces long-term effects. While the visiting artists and heavily-hyped indie acts showcasing their wares pack up and flee town once SXSW closes up shop for the year, these walls will still be standing.

Following a week of SXSW success with ten new murals completed, some of which appear here, HUCK reached out to Jasper Wong to get the low-down on his greatest inspirations. Everything from family and historical records, to the green-hued allure of She-Hulk… 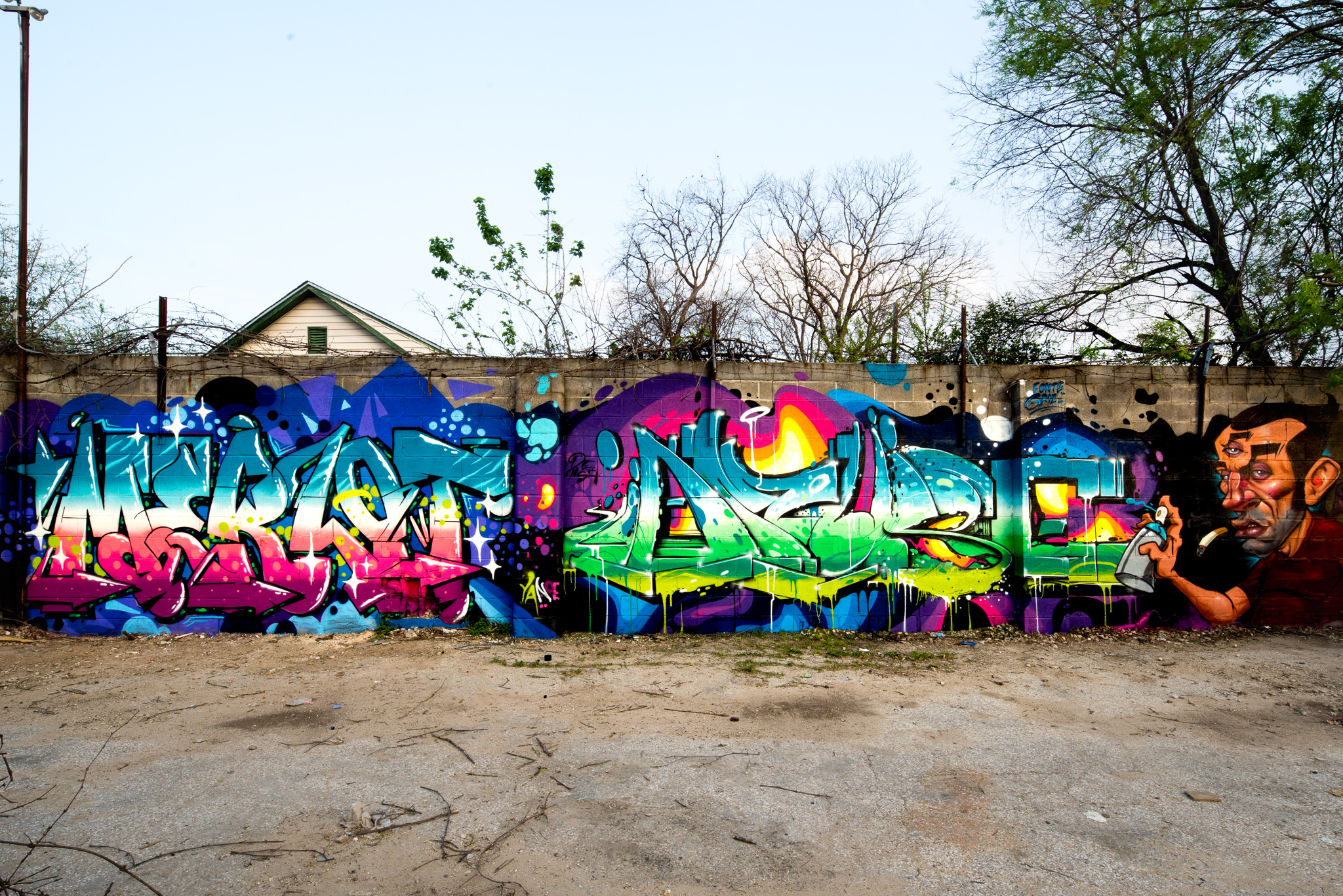 “The paneled glory of spandex and cleavage was a constant source of pleasure and escape for me. I spent hours immersed in the daily woes of heroes and villains. Their adventures made my heart skip a beat. I often found myself dressed with my underwear on the outside and trying to save my teddy bear from lava mishaps.

I am still a bit obsessed with the worlds that exist in the Marvel and DC universes. They taught me important life lessons and traumatized me through puberty. I still have an unhealthy crush on She-Hulk.”

“Stress has become a normal part of my life. Between projects with Microsoft and planning festivals globally, I spend the hours of my day worried about uncontrollable variables and putting out fires. A clean email inbox is a goal I always strive for, but is always slightly out of reach. To relax, I prefer to zone out in the fantastical worlds of gangsters, soldiers, elves and Stormtroopers. The first digital adventure I went on was the ‘Oregon Trail’. I have been in love with it all ever since. I’m a gamer through and through. I bleed pixels.” 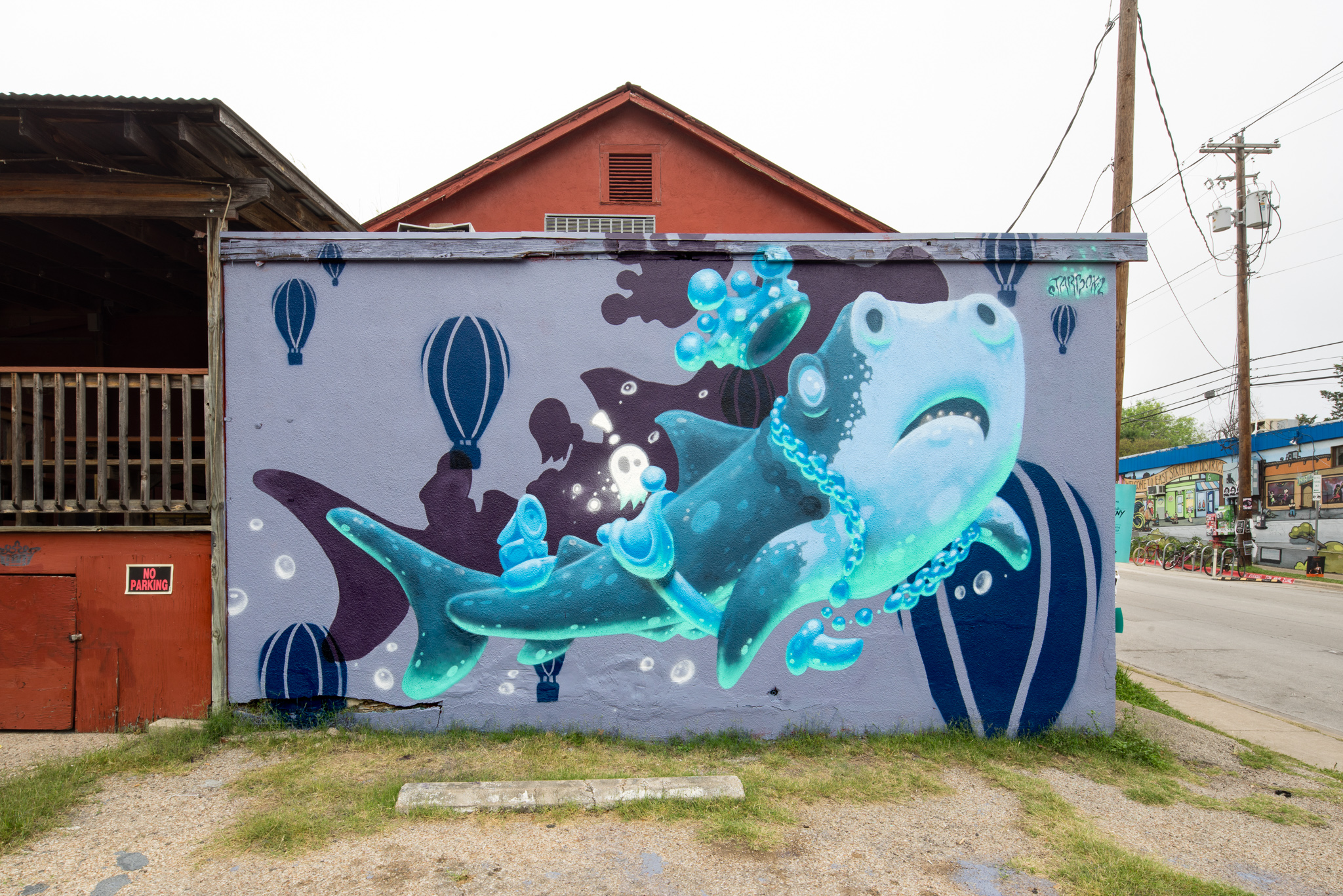 “If you’re still reading this, you’ve come to realize that I’m a full blown nerd. I had no real friends when I was a child. Just imaginary ones. I had a few fish growing up, but they were terrible at playing fetch. Teenaged ninja turtles, mystery solving dogs, tiny blue creatures living in mushrooms and alien monkeys were all a big part of my life.

I still watch way too much anime now and it is evidenced in my artwork. You’ll find Super Saiyans, Astro Boys and One Piece pirates populating every corner of my canvas. They are even inked on my skin as a constant reminder of the reason why I fell in love with art. It all stemmed from the Saturday mornings that I spent watching cartoons on the family television.” 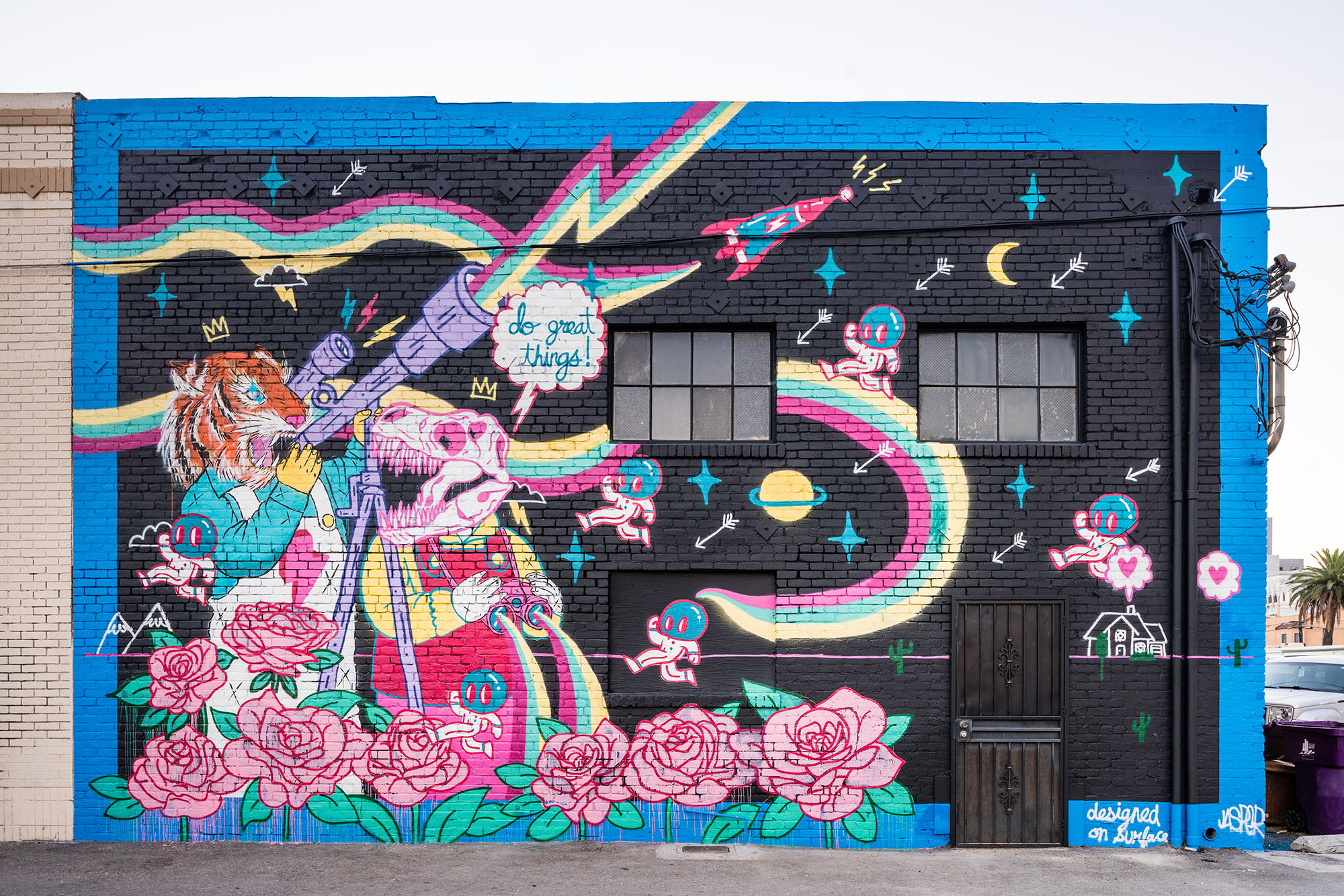 “In this age of social media and the internet, we forget that there are institutions of pure knowledge, creativity and history. It’s free to the public and full of analog joy. I spent countless hours in libraries growing up. The records and countless pages of inspiration are one of our true victories as human beings.

We can’t forget the feel of opening a book and being engrossed in the accomplishment of authors and artists. As the world shrinks through lowered degrees of separation, we often dismiss how big and expansive it all is. There is still so much to learn and discover.” 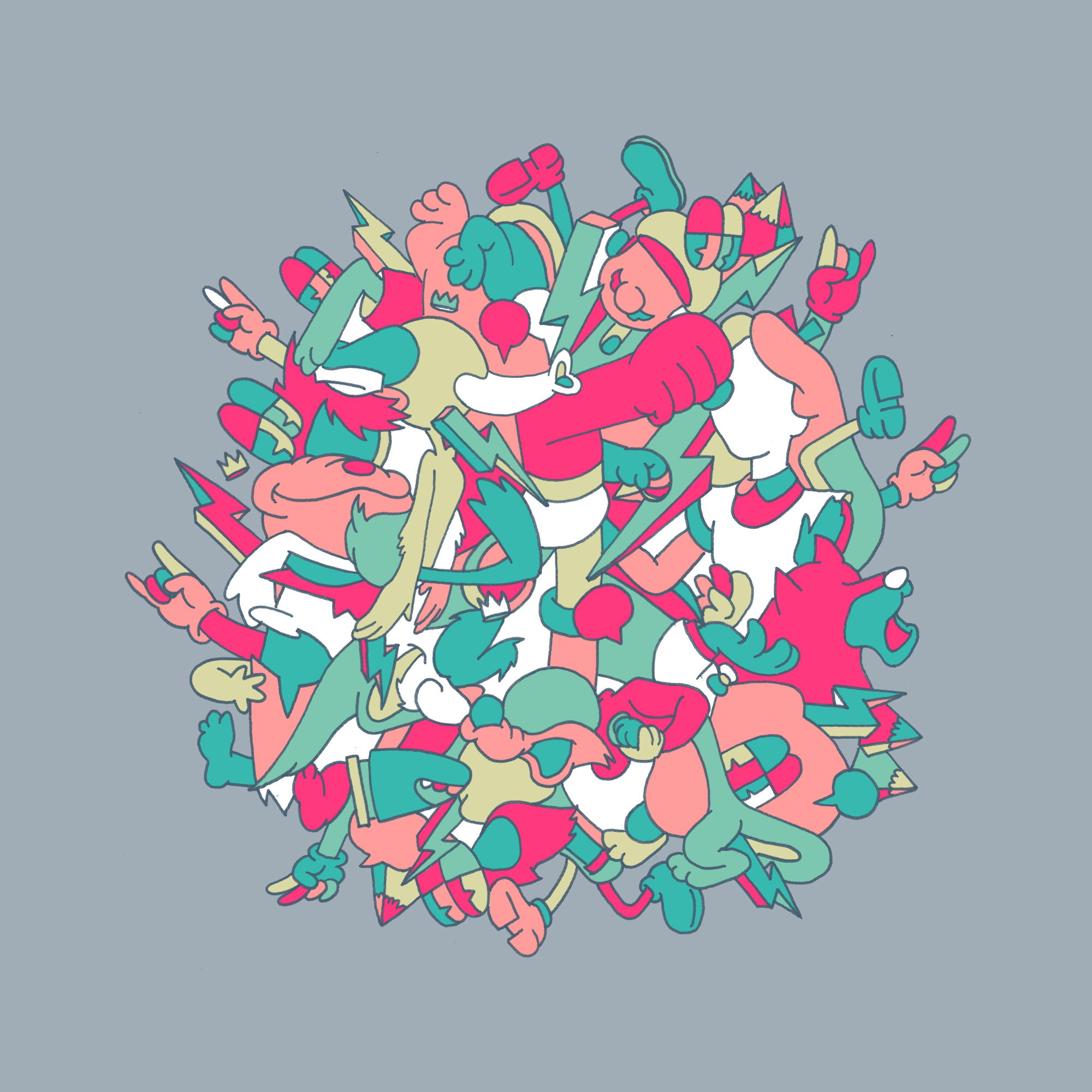 “A list of inspirations wouldn’t be complete if I didn’t include the women in my life. I became a father three years ago and it has completely altered my perspective of the world. The meaning of life and success is seen through the eyes of your child. In a lot of ways, strong women have always been an important aspect of my upbringing. I was abandoned by my father at 12 and was raised by a single mother. She raised three obnoxious sons with grace, which is remarkable since we provided a steady migraine for at least three decades. I have one daughter and she is a handful and I can’t even imagine how she did it with the three of us. That’s true strength. True inspiration.”

Explore more of Jasper’s work and the work of his organisation at Jasper Wong and POW! WOW! Hawaii.

Linkedin
RELATED ARTICLES
OTHER ARTICLES
The two-day long event returned to London this year, showcasing a spectacular parade, steel bands and Caribbean food.
Following the announcement of an 80% hike in the energy price cap from 1st October, crowds gathered outside the offices of energy regulator Ofgem to protest and declare their intention to undertake a payment strike.
In his 2008 series, the photographer pictured himself as Angela Davis, Martin Luther King Jr., Malcolm X, and other prominent figures.
A group of young Palestinians have found temporary freedom in the act of parkour, reimagining wreckage and ruins as a series of high-octane playgrounds.
For over a decade, gamblers have won big by employing people to place live bets from the court. But does this dubious method still work?
The idea that a younger generation is abandoning work has become a popular narrative online, but it doesn’t necessarily reflect reality.