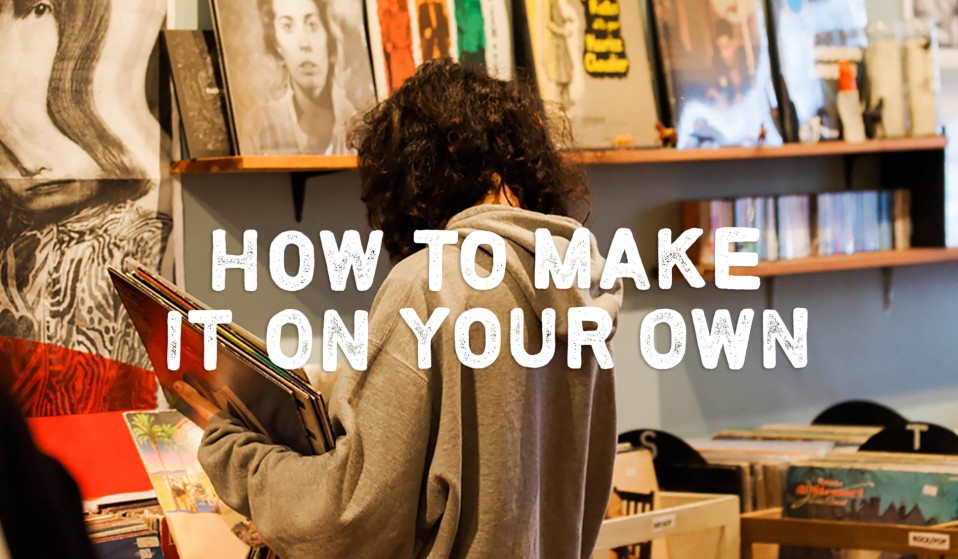 Katayoon Yousef started Vancouver's Horses Records so that she could have a home for life.

After spending years living off borrowed cash, Katayoon Yousef started Horses Records so that she could have a home for life, building a following of loyal customers in the process.

There was no formal education for the punk life Katayoon Yousefbigloo wanted. Throwing gigs, playing in punk bands, experimenting with her own visual art practice and collaborating with friends came as second nature. But it didn’t pay too well.

After seven years of living off borrowed cash, Katayoon got resourceful and started Horses Records with her partner Dan Geddes, using nothing but their own record collection and a savvy funding technique.

“I went through periods where I would take out a student loan and take as few classes as possible just to get the maximum amount of money,” she remembers.

But Katayoon and Dan found their place in the market after permit troubles forced them into Hastings-Sunrise, a once undesirable district that is flourishing today with new young businesses like their own.

After a month of intense renovation, an old convenience store was transformed into their beloved record shop.

“I was up on a ladder trying to untangle all these wires, and mouse poo was falling on my head,” she laughs. “It was a low point definitely.” 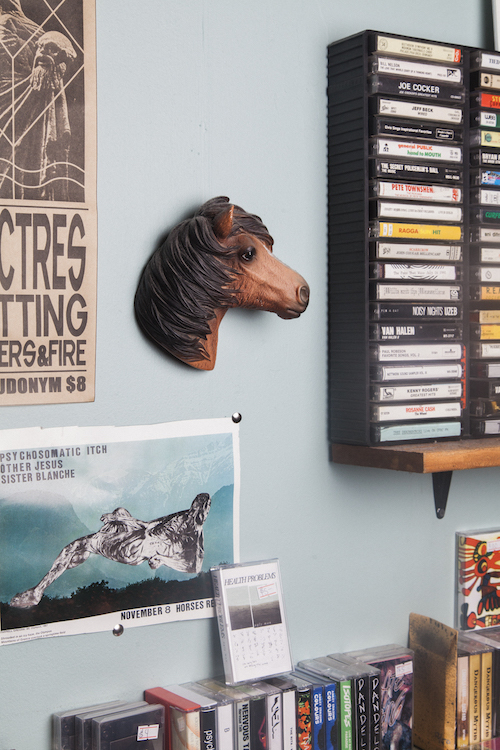 Making the shop legit – and more permanent – was crucial to their long-term success. True to their DIY roots, Katayoon and Dan have given the store life as a multipurpose venue.

“We really wanted the store to be more than a store: a place where the community could come riff with us,” Katayoon explains.

“We named it Horses after the Patti Smith album. Patti Smith is a hero of ours because of her seamless integration of music and literature.”

The store takes inspiration from that – stocking books, zines, and band merch – while doubling as a venue for gigs, poetry readings, a pop-up consignment store, and exhibitions.

“I don’t like the soulless whitewall gallery, where there are lots of rules – pre-established canons. In music being a novice is really celebrated, especially in punk,” Katayoon says.

“In art, you have to be able to speak the language. I don’t like that. I’m really interested in first–time artists and first–time musicians.”

And while the big-money record business thrives on overhyped re-releases and Record Store Day fanfare to jack up prices, Katayoon and Dan are committed to being fair to their loyal locals.

“If we did do [more commercial stuff] our store would take a different direction and monetarily things would be better,” she says.

“Like, of course there’s a reason why they press some shitty album that’s $200. But we just try to go to bed at night feeling like we haven’t ripped anyone off.” 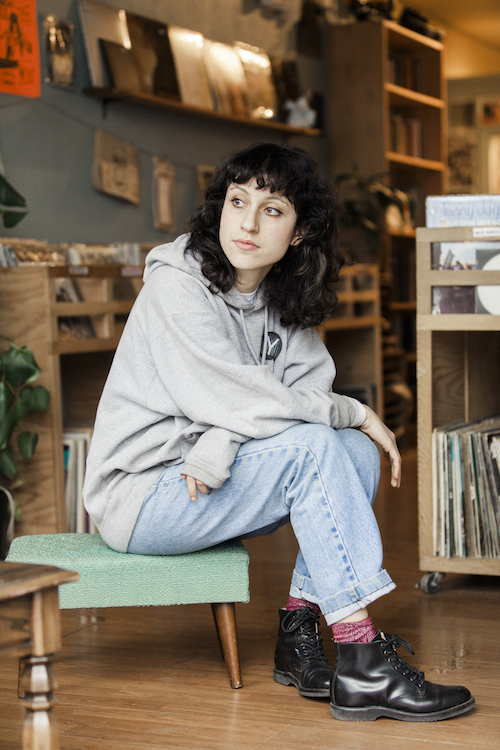 HOW DO I OPEN MY OWN RECORD STORE?

“We just plug everything in now. Most of our days are spent dreaming up new ways of making money at the store, getting people in here, and thinking of cool things we can do.”

“We try to have best-case/worst-case scenario plans mapped out for six-month, one-year, and three-year periods. If you end up facing that problem and you have a plan, it’s a lot easier to tackle than if you had never even imagined it happening.”

“We learned to be responsive to the neighbourhood and our clientele – we’re not an overly curated shop because our neighbourhood is not a destination area for boutique shops, nor is it tourist-heavy.”

“Don’t be lazy when it comes to show promotion! Design a flyer, print it out, go to places you think people who would want to come to your show frequent and put up a poster.”

“With the renovations, we had some help with the more artisanal things – the woodwork, the signage – and a lot of help from our friends. It gives character to the space.”

Do the popular stuff justice

“We’re not trying to be exclusive. We do cater to the mainstream, but we try to have the best of it.”

“I break dumb rules. As long as no one is unsafe, or at risk, and you’re not hurting anyone, you should be able to do what you want, and that’s what we do.”

Don’t skimp on the space

“I’m planning on spending my time at this store for the rest of my life hopefully, so it had to be like my living room.”

Don’t take it too seriously

“I have an intense motherly attachment to the store, but I’ve learnt to be a bit more objective about things, to understand that it’s a business.”

Check out Horses Records on Tumblr.

This story originally appeared in Huck 54 – The Defiance Issue. Get it now from the Huck Shop or subscribe to make sure you don’t miss another.

Linkedin
RELATED ARTICLES
OTHER ARTICLES
Sean Maung’s photos are a love letter to the Black and brown communities that make up New York.
Yesterday thousands gathered outside Buckingham Palace after news of the Queen’s death broke.
The idea that a younger generation is abandoning work has become a popular narrative online, but it doesn’t necessarily reflect reality.
A group of young Palestinians have found temporary freedom in the act of parkour, reimagining wreckage and ruins as a series of high-octane playgrounds.
Following the announcement of an 80% hike in the energy price cap from 1st October, crowds gathered outside the offices of energy regulator Ofgem to protest and declare their intention to undertake a payment strike.
As the Scottish government announces a rent freeze, an activist with Living Rent who fought and won shares how they did it, and what must come next.