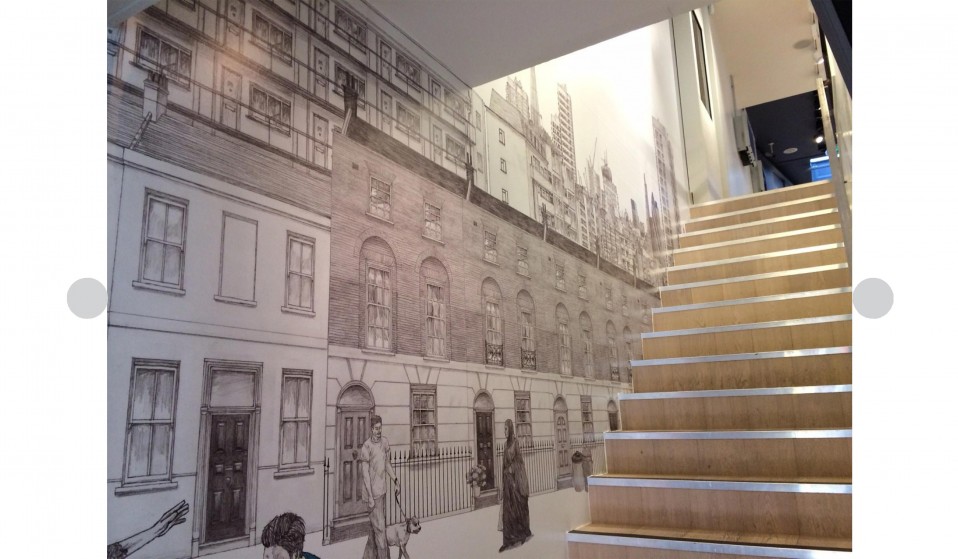 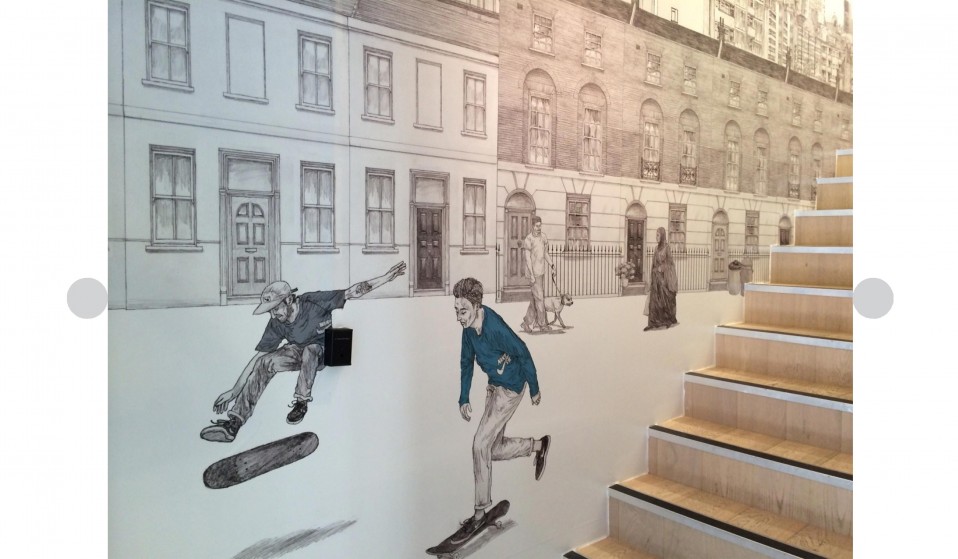 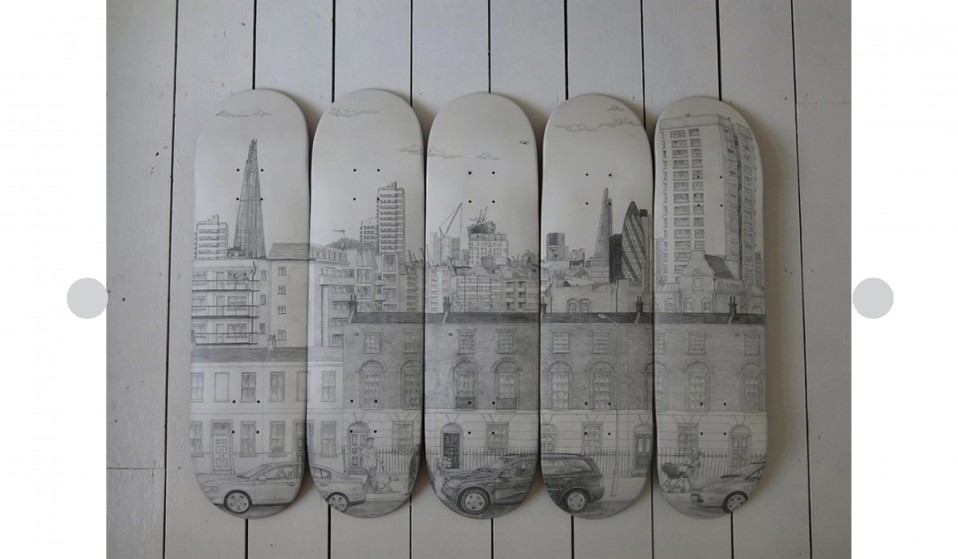 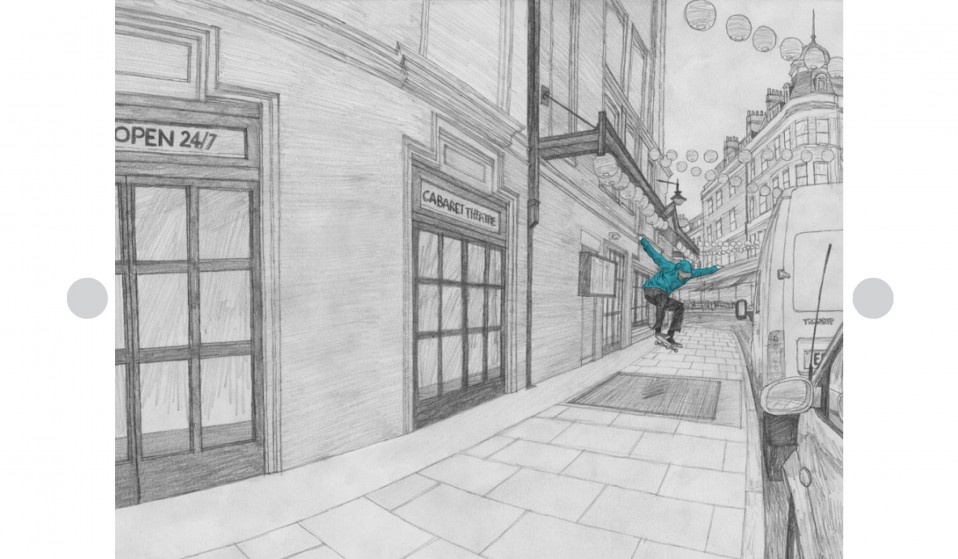 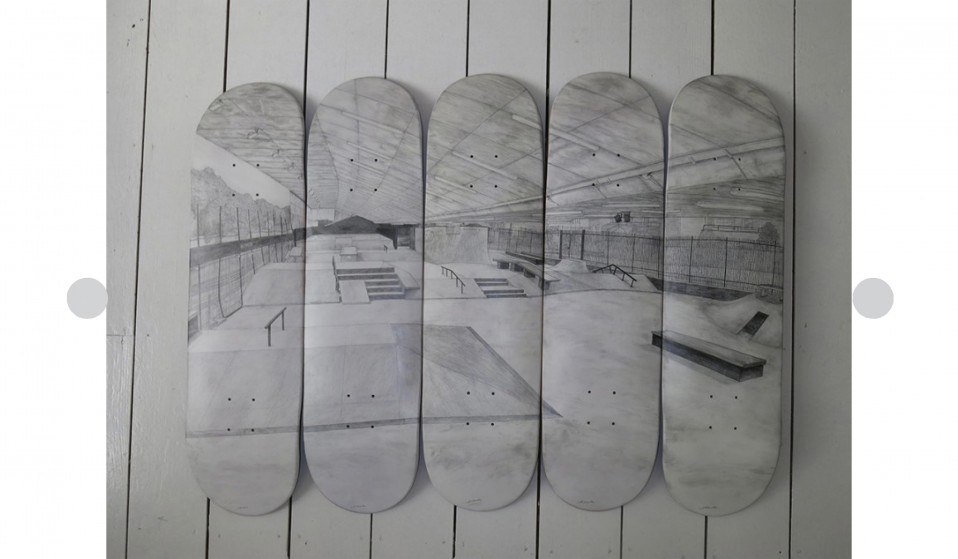 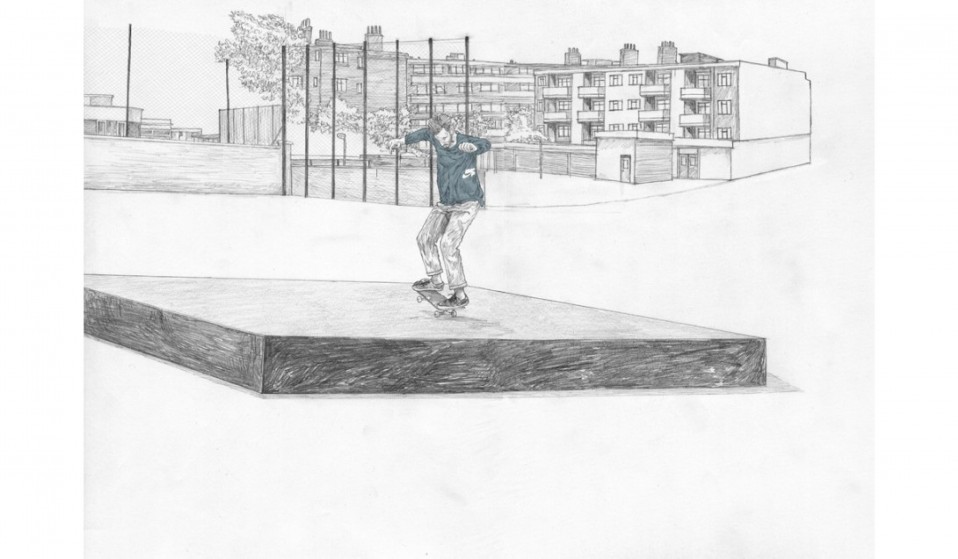 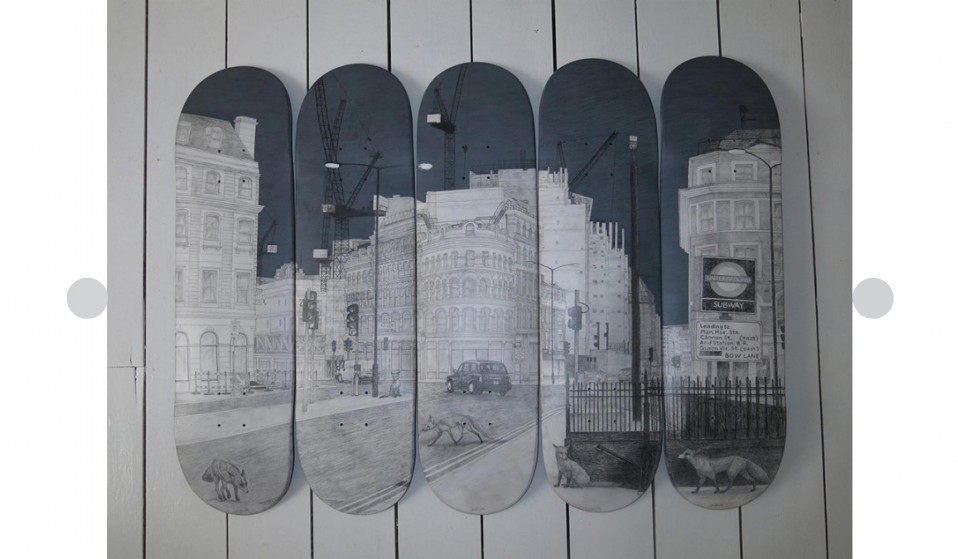 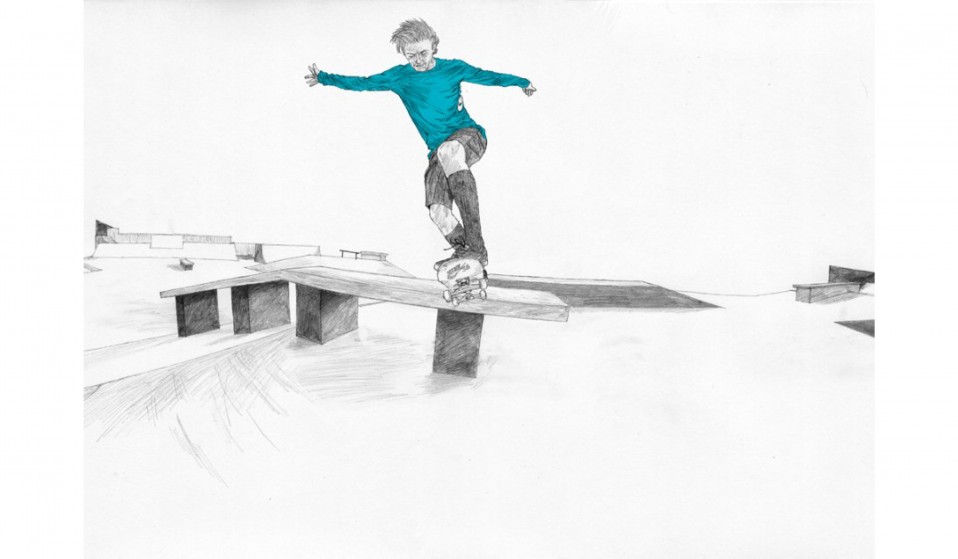 Keith Watts’ series of London illustrations capture the fluid motion of skateboarding through the city.

Keith Watts’ series of London illustrations capture the fluid motion of skateboarding through the city.

Artist Keith Watts’ collaboration with Nike SB for their new Fit to Move collection celebrates London skateboarding with a series of wall illustrations, five-piece graphic decks and a short animation.

Keith’s raw, free-flowing style is perfect to reveal the city’s sense of movement and what makes London great from a skater’s perspective.

“Generally I start by drawing from life wherever possible,” Keith told Size? “I stood at the end of Shadwell DLR platform for 5 hours and drew most of the cityscape after my first meet with the guys at Nike.”

Check out Keith’s illustrations on the the walls of Carnaby Street’s Nike SB/Size? store in London.

Linkedin
OTHER ARTICLES
Hotly-tipped London hip hop group Age of L.U.N.A. stepped into Huck’s HQ and dropped knowledge beyond their years.
To celebrate Nike SB's NESW project – a series of videos and a book about the UK skate scene – we catch up with London lifer Casper Brooker.
With DIY Space For London Bryony Beynon is helping to create a long-term, sustainable social centre for DIY music, culture and radical activity in London.