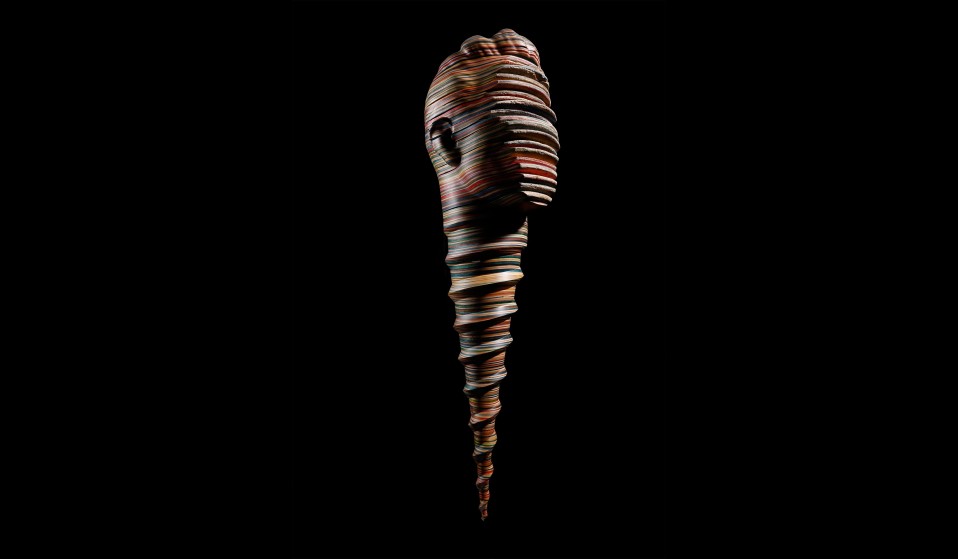 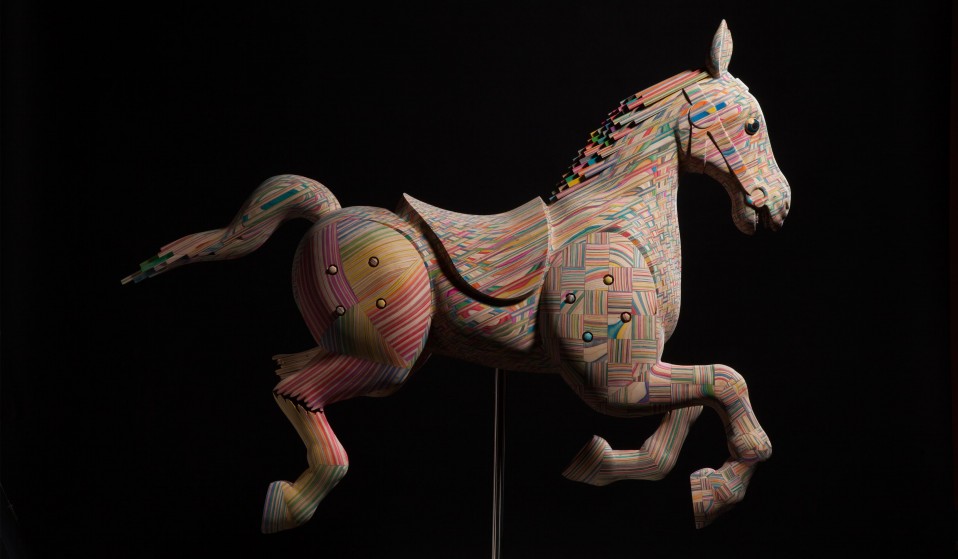 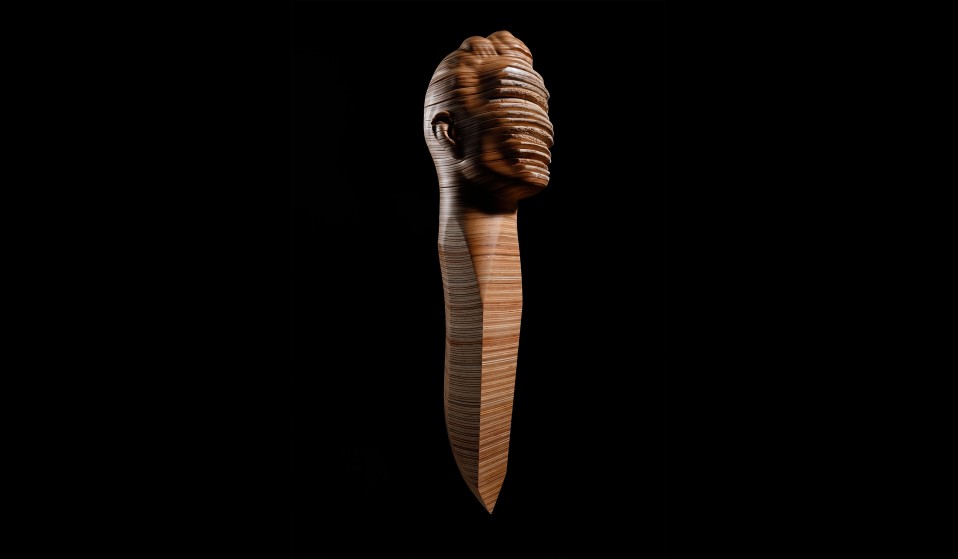 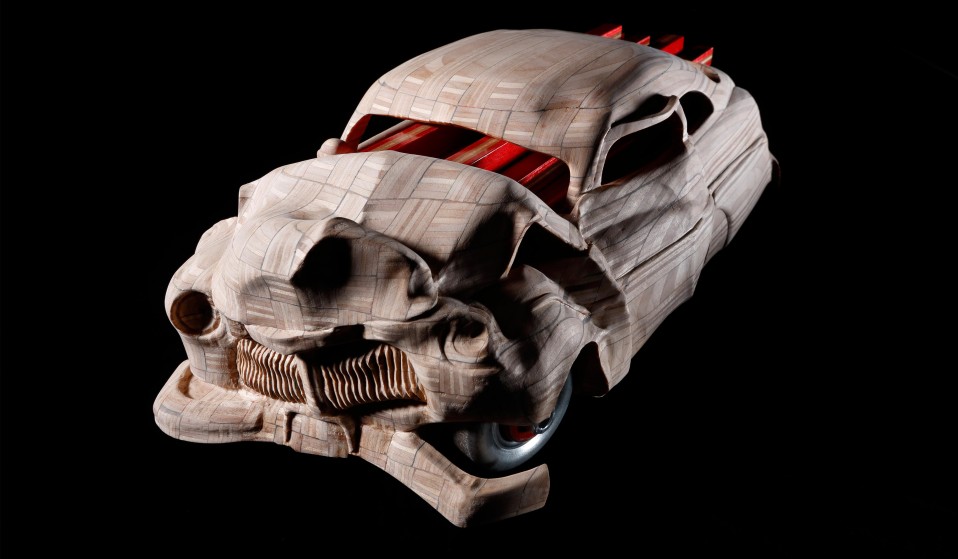 Japanese sculptor Haroshi creates mind-bending works of art from broken skateboard decks and will be opening his third solo show at the Jonathan LeVine Gallery in New York, Thursday, 19 February. The sculptor creates three-dimensional structures through an elaborate process of collecting boards, gluing them together, turning them into cubes and then intricately carving them with a range of tools.

In Still Pushing Despite the Odds, Haroshi has gone one step further and incorporated neon signs, dental tools and roller skates into his already elaborate work. Using only the colours and textures from old decks, his work requires no painting or additional colour. Instead it’s a celebration of skateboarding’s discarded remnants and a unique way of reimagining something others would either recycle or simply throw away.

His style is similar to that of Unkei, a 12th century sculptor who also used recycled materials and was renowned for placing hidden objects inside of his creations. Where Unkei placed a Shin-gachi-rin (new moon circle) inside his Buddha sculptures where the heart should be to give them a ‘soul’, Haroshi always includes a piece of metal from the decks.

“Eventually, I was drawn in by the lure of used decks,” Haroshi told us in 2013 during his show at StolenSpace, London. “I realised that decks which someone had skated hard had lots of scratches and broken parts, which are just beautiful to me.”

Still Pushing Despite the Odds runs at the Jonathan LeVine Gallery, February 19 – March 21, 2015.

Linkedin
RELATED ARTICLES
OTHER ARTICLES
In her new book, the author explores the country’s housing crisis in human terms and calls for radical action to address a broken system.
Over a dozen Stop Deportation activists locked themselves to each other outside a detention centre to prevent coaches taking those due to be on the Rwanda deportation flight from leaving.
A new report has found that the majority of Britains approach trans issues with compassion. It’s about time this was reflected by our media landscape.
The curators of a new exhibition are hoping to shed light on Plymouth’s vibrant but often overlooked nightlife.
For decades, an area of East London has served as a community hub for Vietnamese people looking for a taste of home.
The past five years have seen a staggering increase in foodbank usage across the UK. Now, staff fear things are set to get much worse.