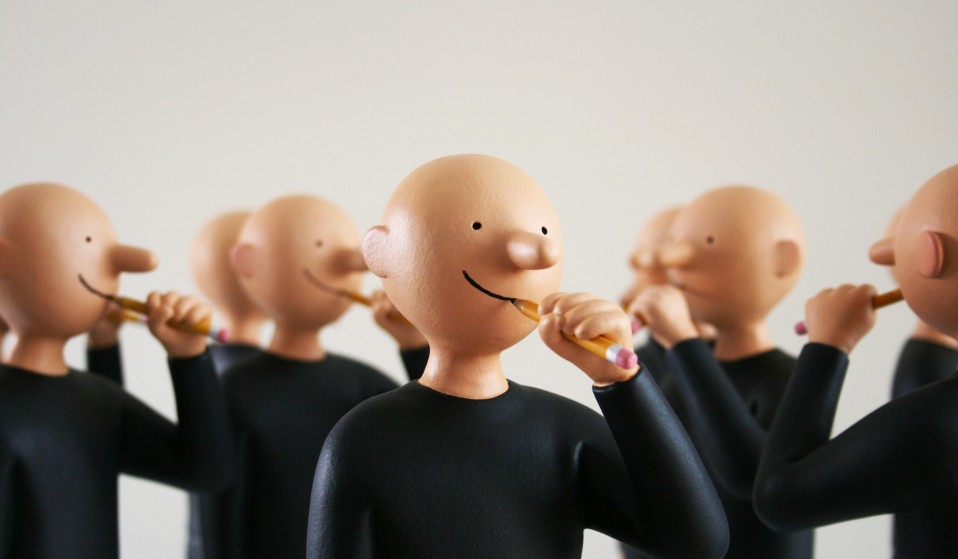 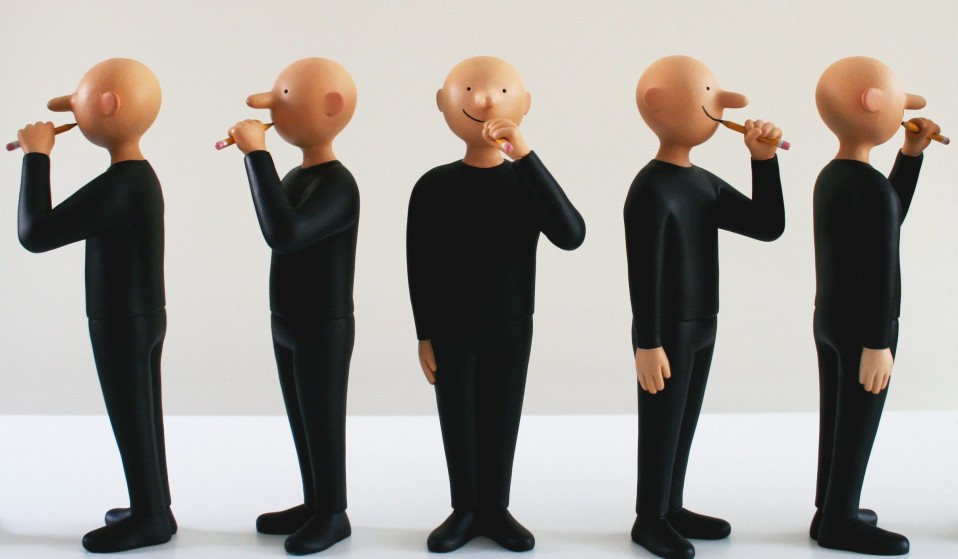 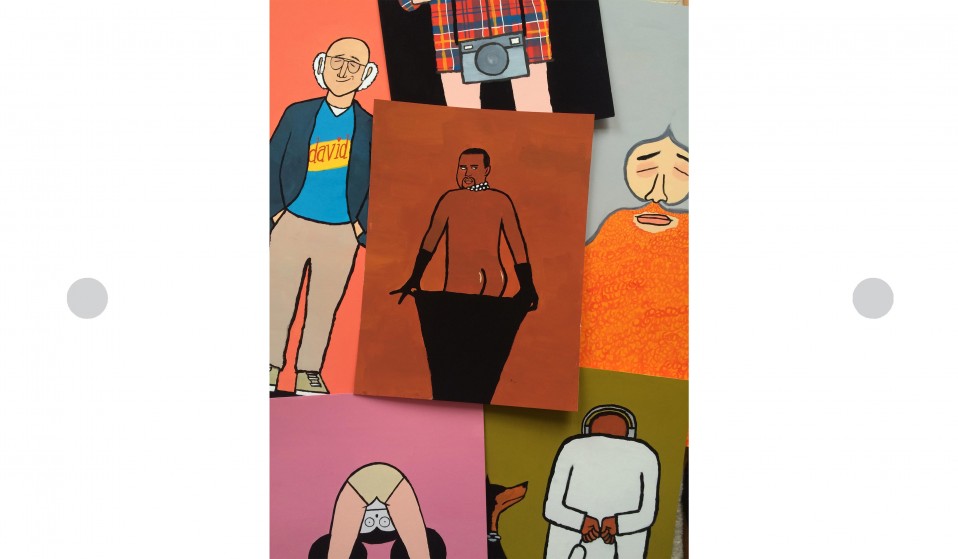 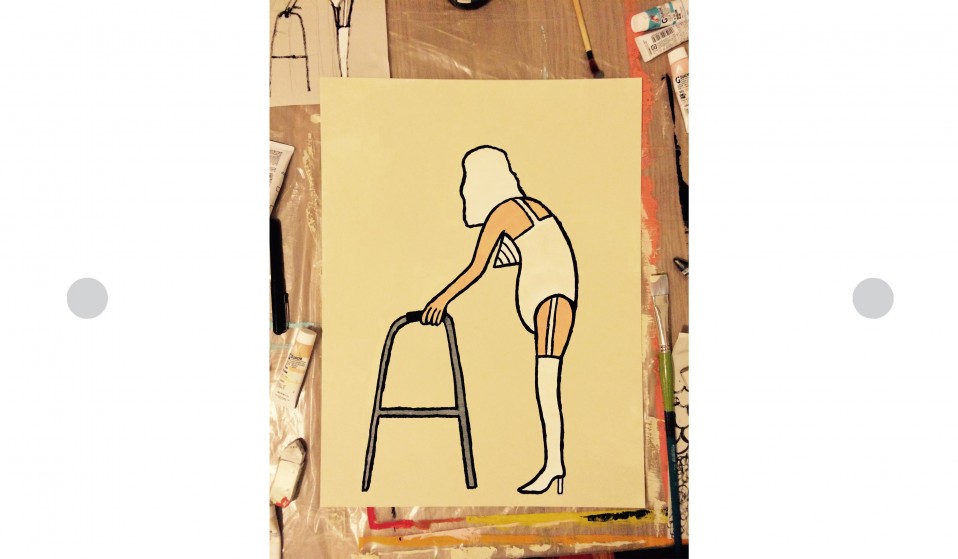 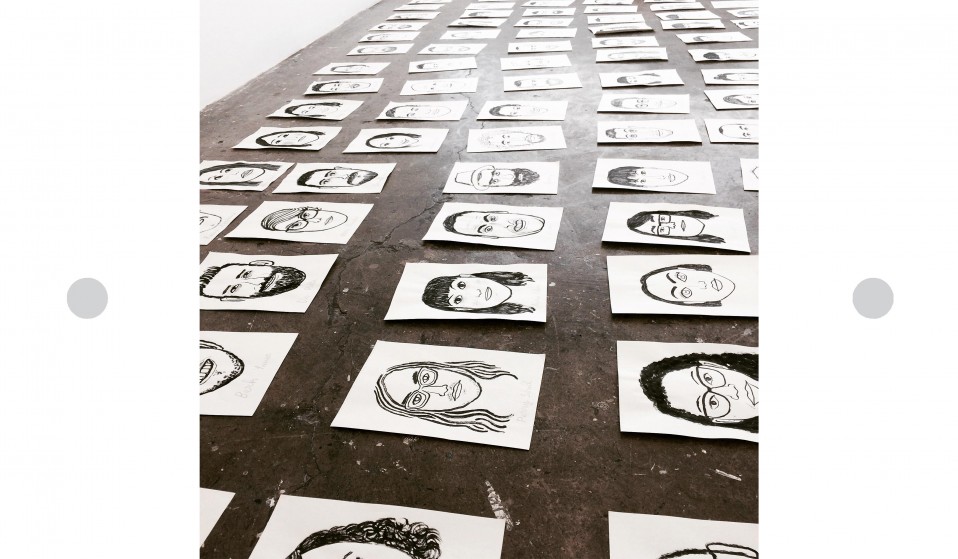 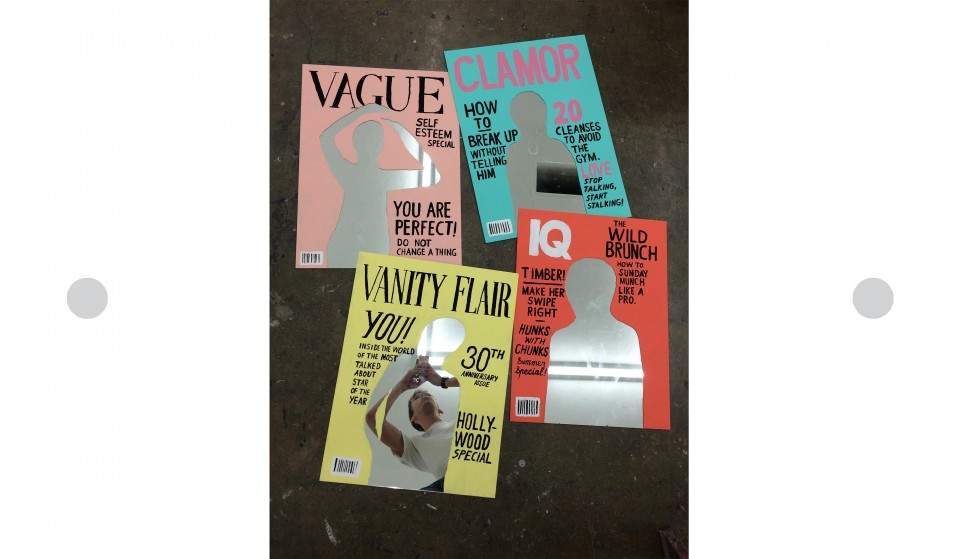 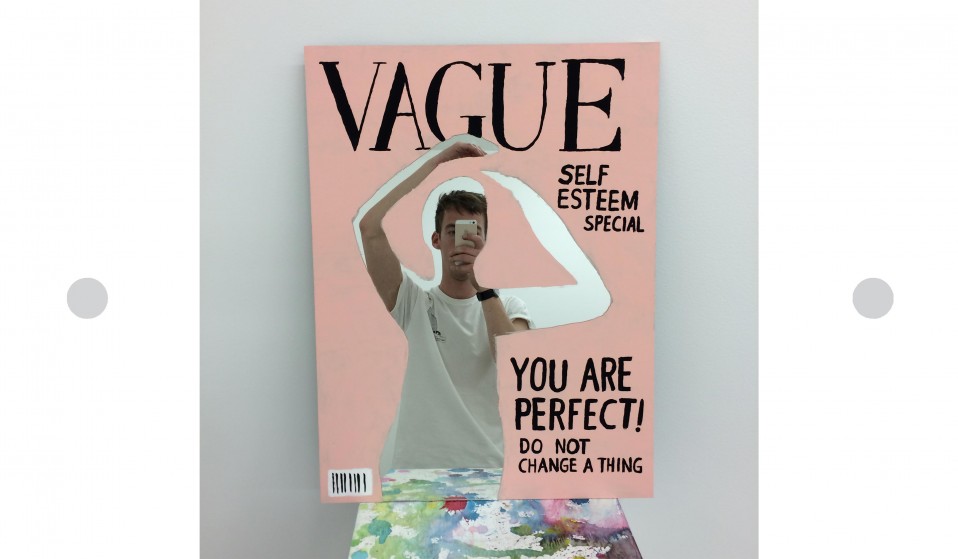 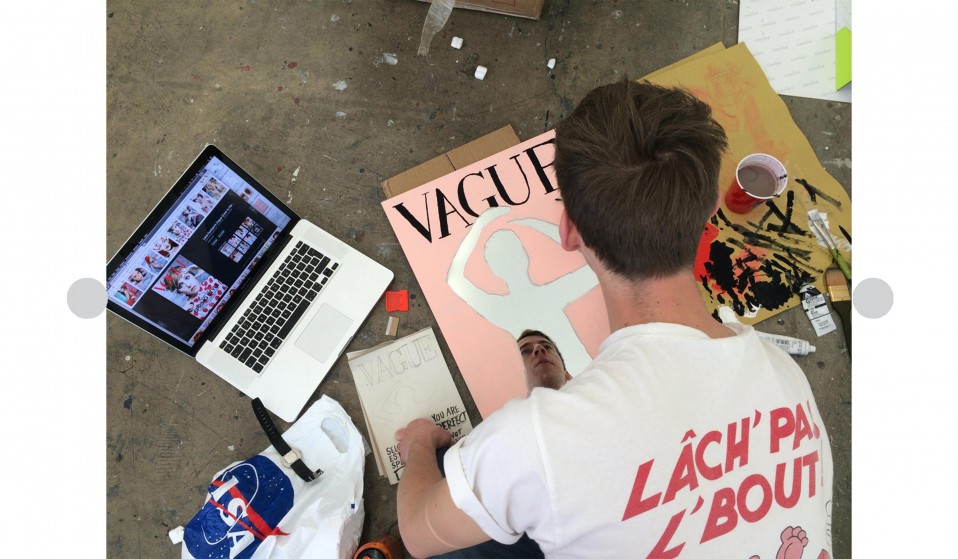 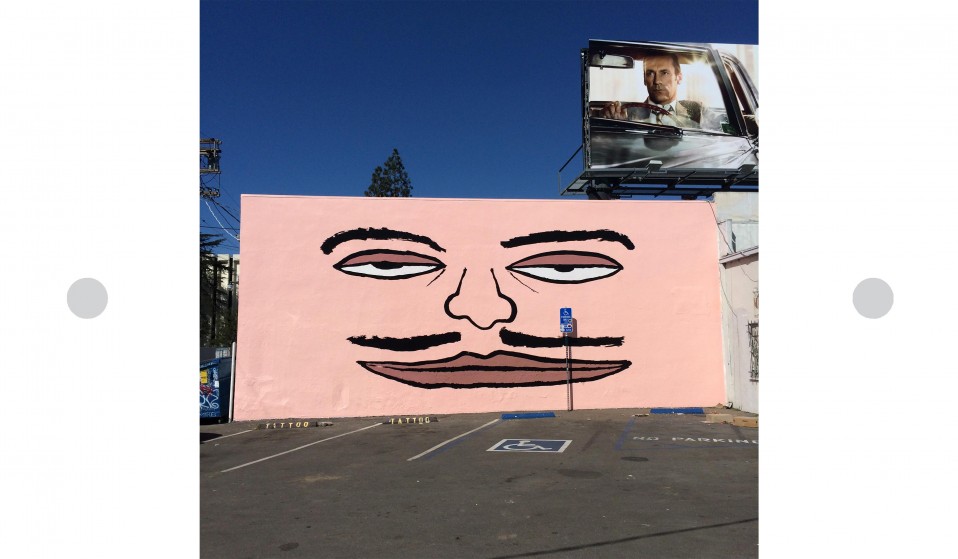 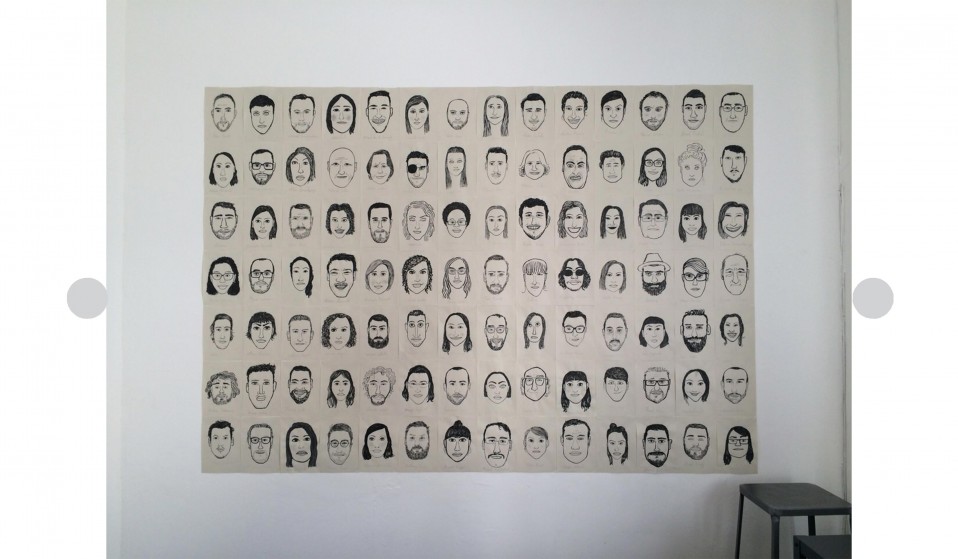 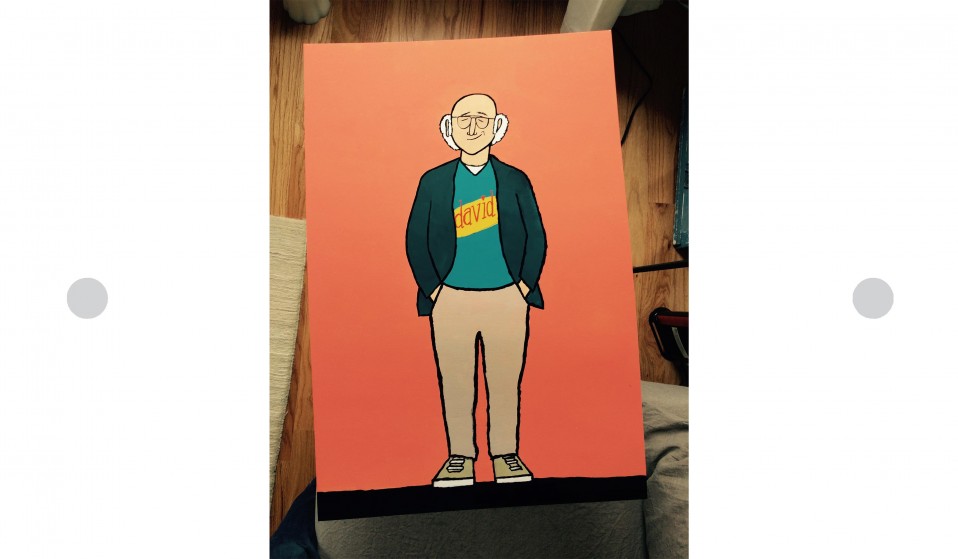 Illustrator Jean Jullien has his pen firmly on the pulse. Whether he’s drawing people chatting away and taking selfies with pieces of fruit, a pencil shoved in the barrel of an AK-47 (which became one of the most shared responses to the Charlie Hebdo attacks) or calling us out on our strange obsession with that dress, Jean uses his critical eye to capture our immediate present in a thoughtful and mischievous way.

Jean has illustrated for everyone from The New York Times and Pitchfork to Nike and Little White Lies, and now his first solo show in the US opens at HVW8 Gallery in Los Angeles.

Poor Traits flips Jean’s focus on to his audience to look at how we present ourselves to the world. The spoof magazines covers of Vague, Clamor – ‘Self Esteem Special’ and IQ – ‘Timber: make her swipe right’, have mirrored sections which drag the viewer into his playful attack on the narcissism and neuroses that shout out from every newsstand.

For the show’s centrepiece, Jean asked his network of friends, artists and collaborators to send him a self-portrait. He then redrew each submission in his own style to highlight the features they had consciously or unconsciously used to convey their sense of personality and reveal another side to each person through his subjective lens.

Linkedin
RELATED ARTICLES
OTHER ARTICLES
If you missed Ralph Steadman and Bob Odenkirk when they graced Huck's 71a Gallery last week, have a look through the best entries to the Breaking Bad creative brief - personally judged by Steadman himself.
Illustrators and cartoonists around the world rally around to show solidarity for those murdered at Charlie Hebdo magazine offices in Paris.
Prolific graphic artist Jean Jullien shares some of his inspirations before the opening of his solo exhibition La Plage at Beach London.