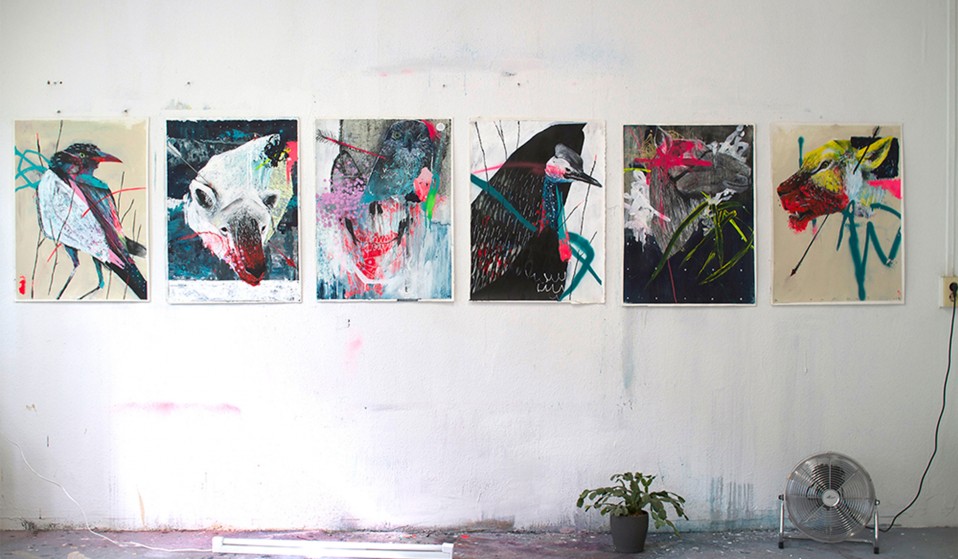 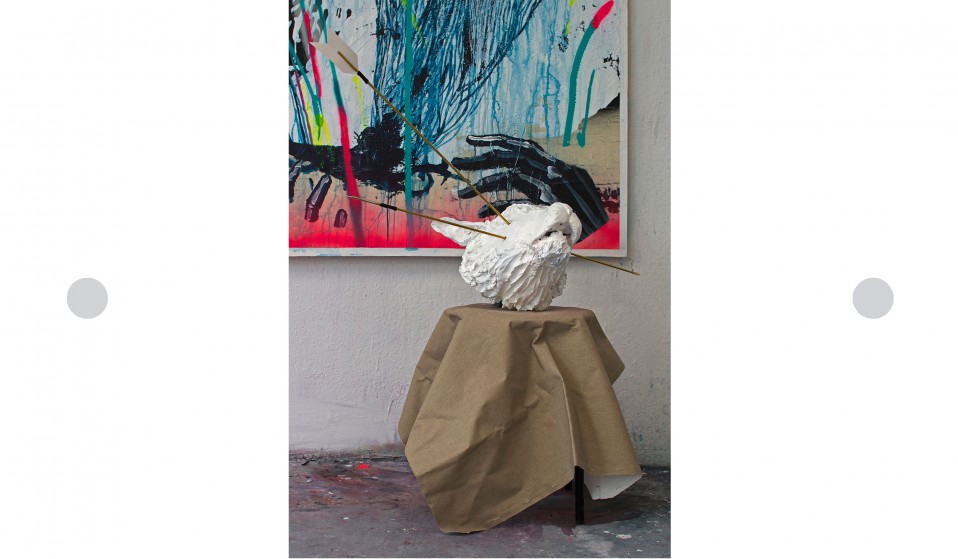 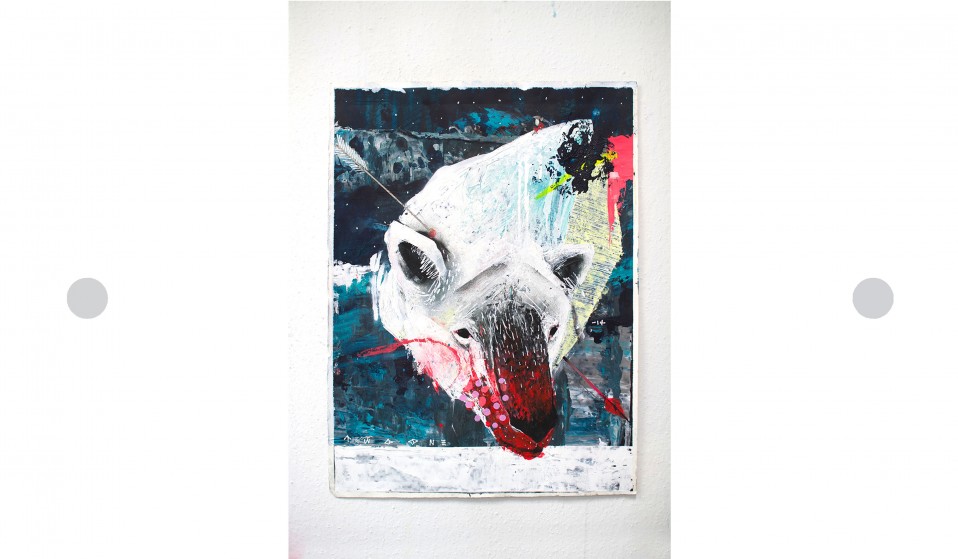 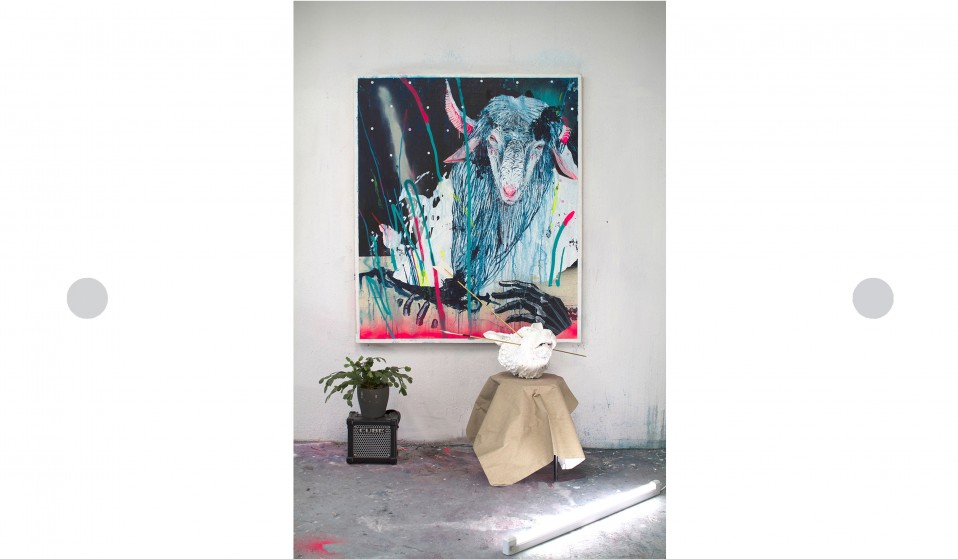 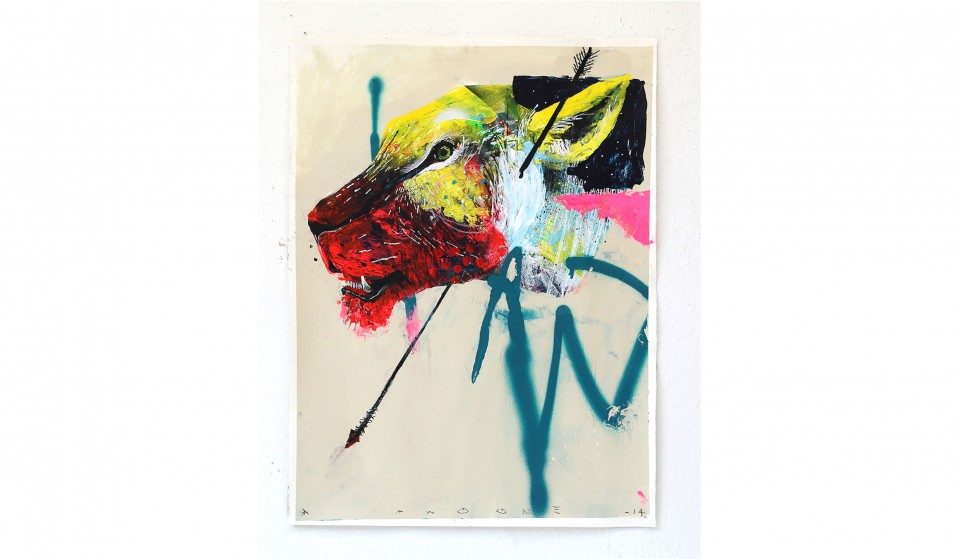 Artist TWOONE blends human and animal features to reveal the inner character of people who pass through his life.

Artist TWOONE blends human and animal features to reveal the inner character of people who pass through his life.

Yokohoma-born artist TWOONE is always on the move. Aged 18 he left the Land of the Rising Sun for Melbourne where he jumped into a street art scene blowing up in a big way, before moving to Berlin, Europe’s graffiti capital, earlier this year.

Alongside his regular relocations TWOONE, otherwise known as Hiroyasu Tsuri, makes regular trips to paint murals all over the world, and his Phycological Portraits fuse human and animal elements to represent the inner characters of people he meets on his extensive travels.

Huck caught up with the nomadic artist before his solo show Hunted Hunter’s Head opens at London’s StolenSpace gallery.

How has each city you’ve lived and worked in influenced the development of your art?
I think moving to Melbourne at the age of 18 really changed my attitude toward life and my views on the world. I was no-one and I didn’t belong anywhere or know anyone in Melbourne when I arrived but everything opened up so quickly, which made me grow stronger artistically too. I started to paint on the streets a lot more, and I started to make whatever came from inside of me. At the same time Melbourne’s community was developing and they accepted me and what I was doing. As a result I met a lot of inspiring people there.

I can see my Japanese influence in my work, through my choice of subject, composition or attitude toward my artwork, for example. I don’t really try to make my work Japanese, but I guess my childhood and teenage experiences in Japan come out naturally.

In Berlin there are a lot of things happening in my head which are coming through in the new show at StolenSpace but it has only been over the last six months that I have begun to try to articulate them. Moving to Berlin has really put me on the European map. During the course of my life I have come from a small island to a bigger island and now I’m living on an even bigger continent. I can feel a very different connection to the world and how it has influenced my new ideas.

What made you relocate to Berlin and how have you settled in?
I simply wanted to see more of the world so coming to a European country made sense geographically. As I mentioned I can feel the effect of this move, but I can’t articulate it quite yet. To be honest, I don’t really feel settled yet because I’ve been coming and going ever since I arrived, but in the short time that I have been there I have met a lot of nice, interesting people and that is starting to make me feel more connected to Berlin.

Tell us about the new show at StolenSpace.
The show is an extension of my ongoing series called Phycological Portrait, which is a portrait of a human’s inner character, personality, behaviour, and ideas rather than their exterior appearance. In this series I have played around with a lot of bright colours and have used my body movements when I paint. The audience is able to see the brush stroke and finger marks on the paintings and also my sculptures. I think this show reveals a more playful and energetic side to the series.

My Phycological Portraits blend animal and human characteristics to produce a visual representation of the people I meet, speak to or just see passing through my life. I think there is an element of self-portrait too, revealing parts of myself. I use animals because these works are visual communications and animals allow worldwide understanding, so that people can relate more easily with them. I think by using animals as a symbol, I can communicate with lot more people.

Sometimes the outcome is quite different to what I normally do. I never really try to adapt my style to what I’m working on because that allows me to re-invent new styles or different ways of constructing ideas. But there are always some essences of my habit or thought that come through the work that I call my style.

For that reason I don’t really see them as the same practice, but I definitely don’t see working in the street as being in opposition to working in the studio either. They are both just another thing that I enjoy and they all correspond somehow.

Linkedin
RELATED ARTICLES
OTHER ARTICLES
Filmmaker Laura Poitras discusses her new documentary which traces the remarkable life of the artist-activist and the impact of her battle against the US opioid crisis.
After blocking the Scottish government’s gender recognition reform bill, Westminster is now devising further changes to the law to make it harder for trans people to self-identify.
Theo McInnes’s photos of the annual event provide an intriguing snapshot of contemporary Britain.
A new film from Berghaus traces the story of Adam Raja, who left behind a turbulent upbringing to discover the healing power of climbing.
Activists and campaigners are fighting back against new laws that would seriously undermine the ability to take industrial action, calling it an attack on fundamental workers' rights.
Photographer Sean Maung reflects on documenting a small town in Pennsylvania afflicted by high levels of unemployment, poverty, violence, crime, and addiction.