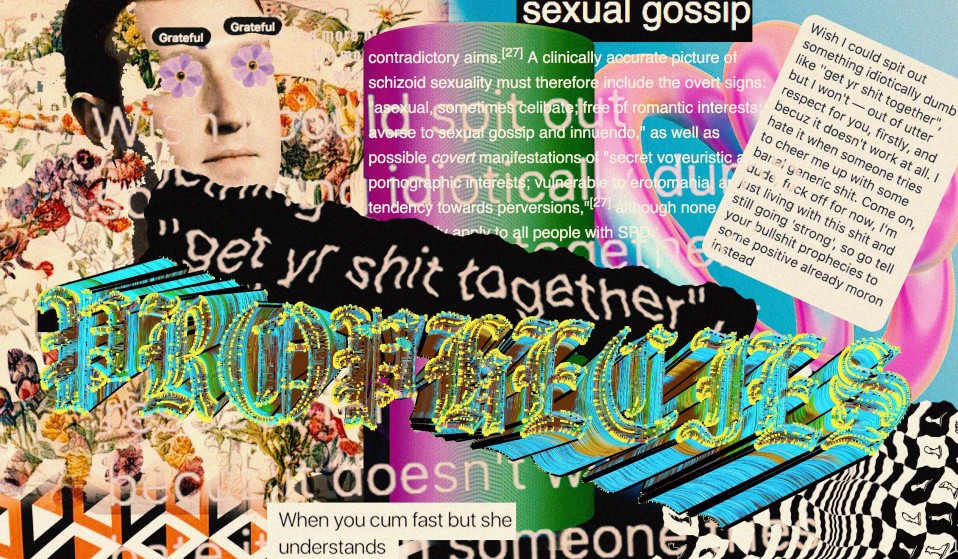 Trauma Doll began as Sofia Crespo's pseudonym to create collages. Now, it is on its way to becoming a fully automated AI, dealing with digital mental illness.

After being prescribed Tramadol for back pain, Sofia Crespo started creating collages under the pseudonym Trauma Doll. Now, the project is being developed into a fully automated AI, trying to deal with the digital version of mental illness.

Today, technology has become an inherent part of our lives. It exists beside us, like a weird, clingy friend, generating algorithms and perceiving patterns from every movement we make online. It learns things at a scarily fast pace, and it tries to understand and connect spontaneous human behaviours – from using your choice of Instagram filter to spot depression, all the way through to becoming an accidental vessel for the far-right in an attempt to learn conversational skills.

The more it advances, the age-old fear behind Blade Runner and I, Robot looms closer: Will AI start to feel, just like we do? For Sofia Crespo, the Berlin-based artist behind Trauma Doll, the answer is yes, they probably will, eventually. But to her, that’s not scary – it’s just new. 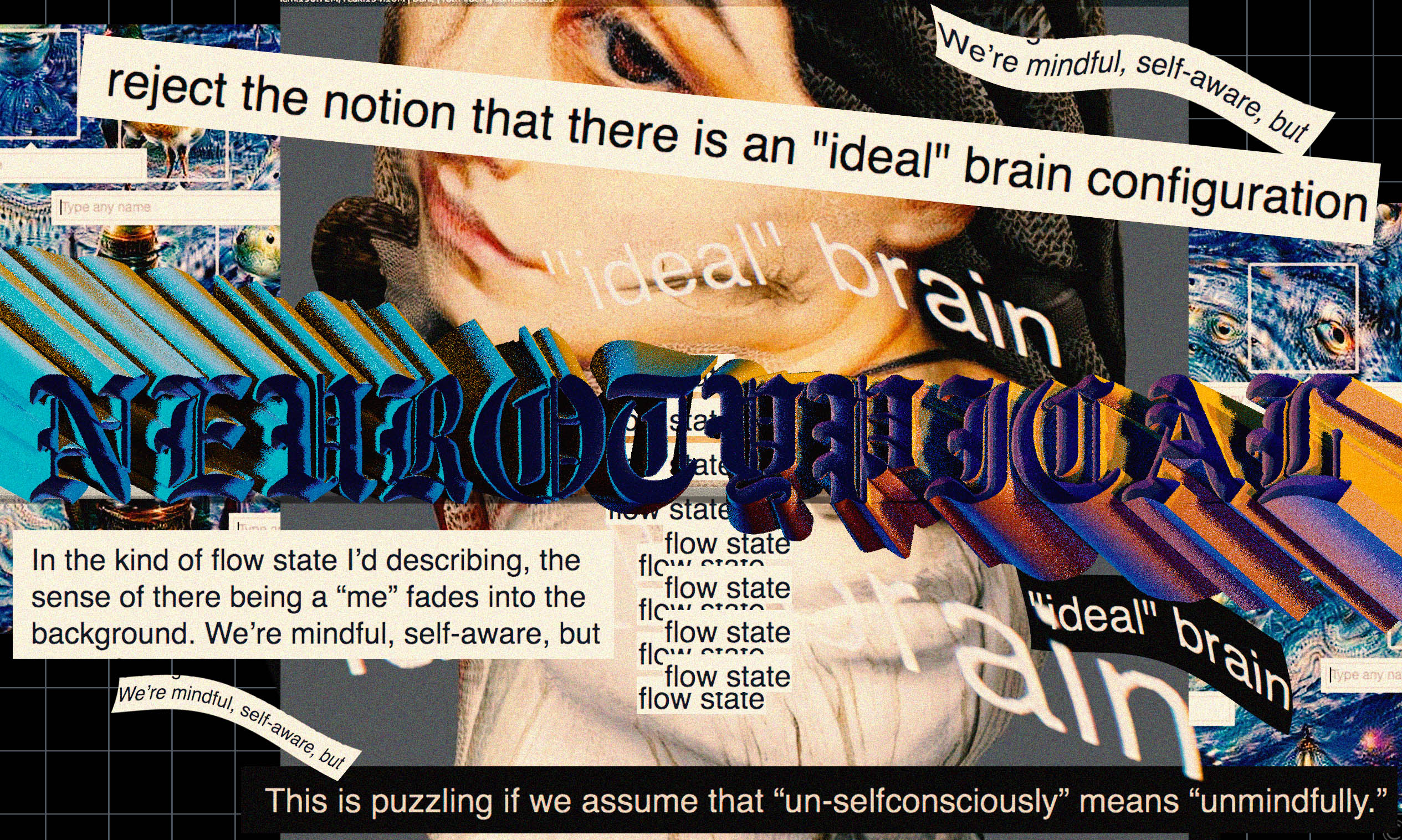 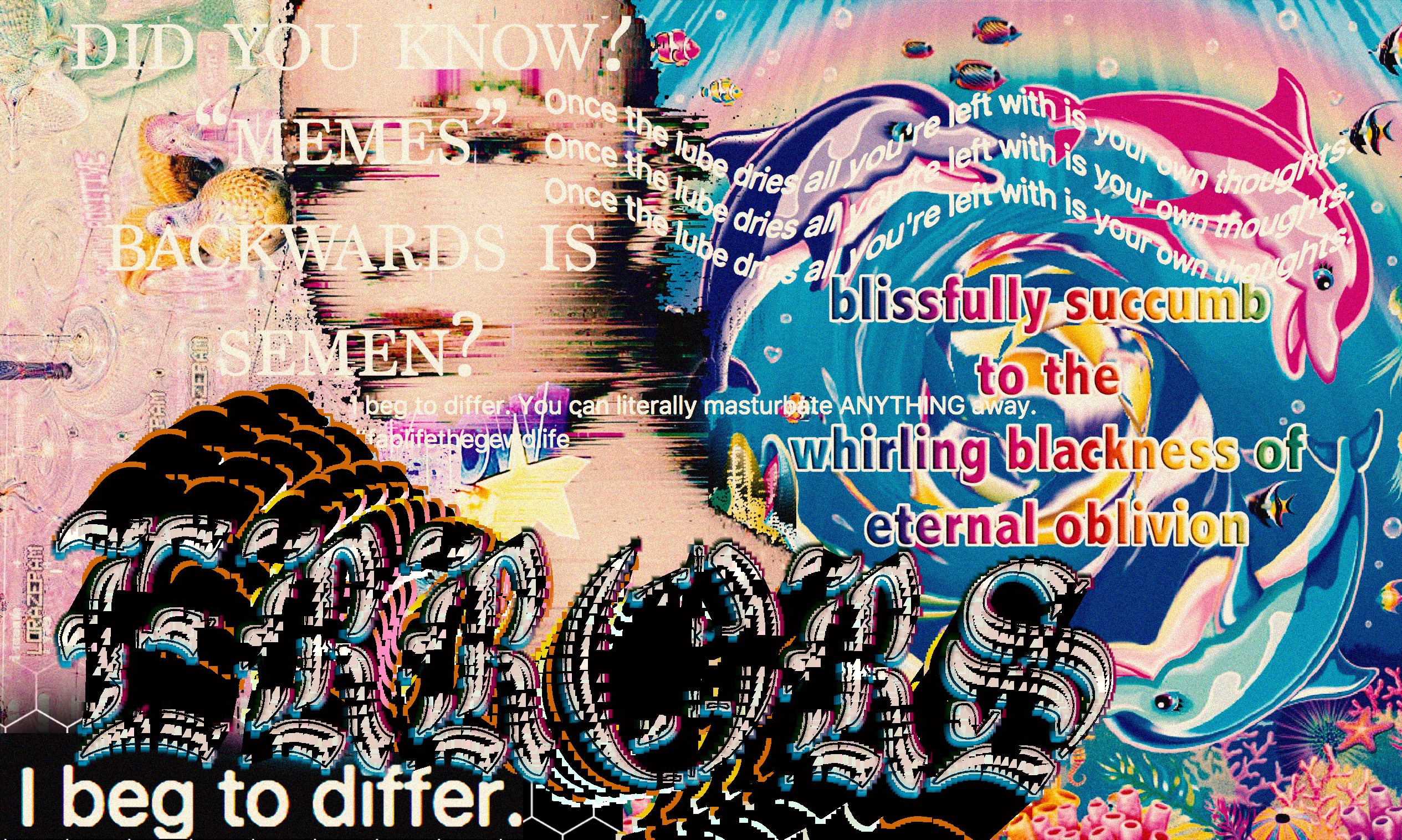 “I started studying neural networks and how potentially, in the future, when a computer becomes so smart that it could run on par to the brain of a human, it would suffer from the same problems that humans have – glitches,” Sofia explains. The artist prefers to use the term ‘neurodiversity’ over ‘mental illness’, so as to not attribute negative connotations to different ways of thinking. “Basically Trauma Doll would be a computer that wants to support neurodiversity, but for computers.”

Sofia came up with the pseudonym Trauma Doll after being prescribed Tramadol for back pain, at the beginning of this year. “It started kind of as a joke,” she tells me. “I started creating this alter ego which would be a computer, because I always wanted to transfer my consciousness to a computer. I’m quite sad in general, so it seemed quite funny to name her Trauma-Doll. My brain doesn’t function the way I want it to so I just felt like it made sense.” 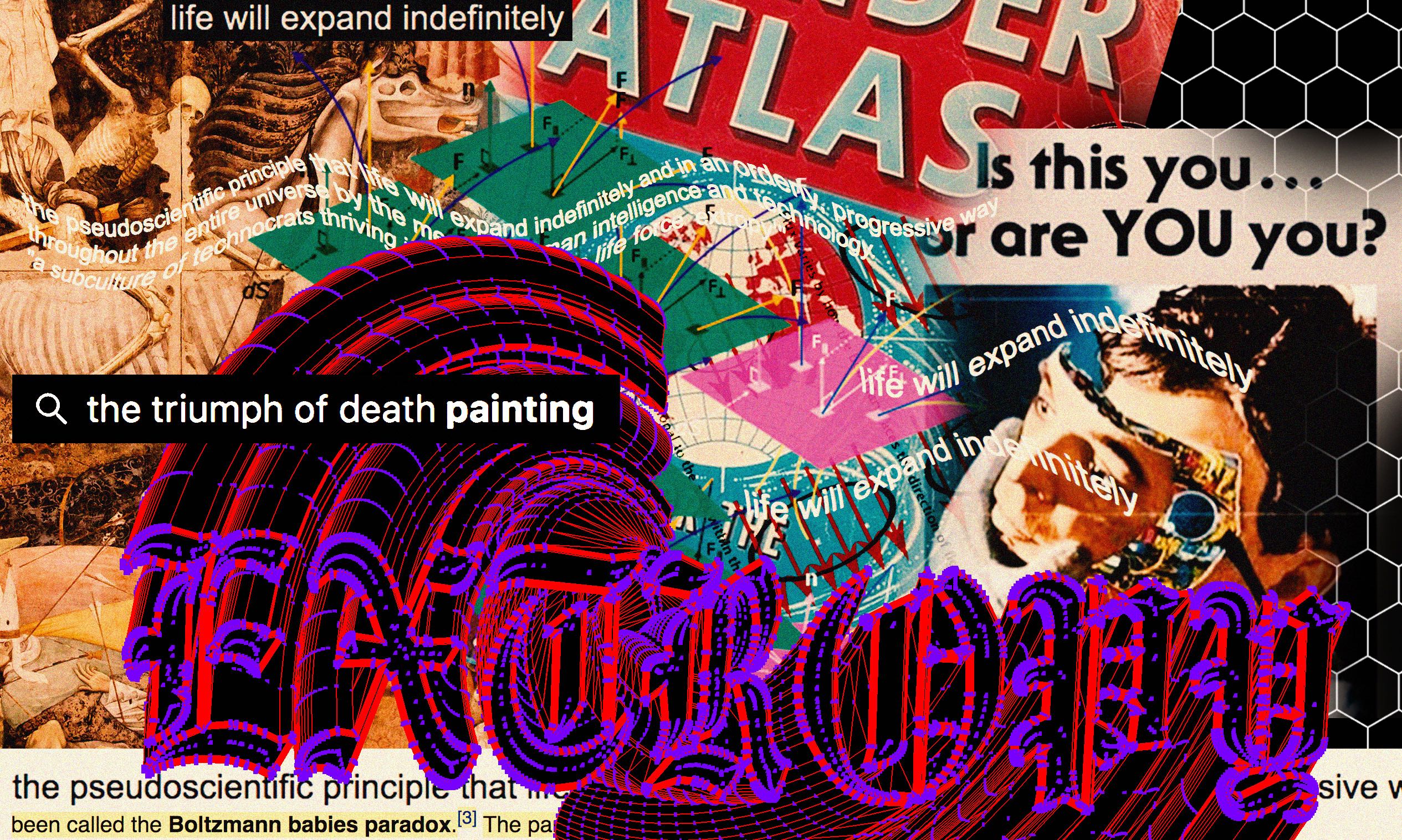 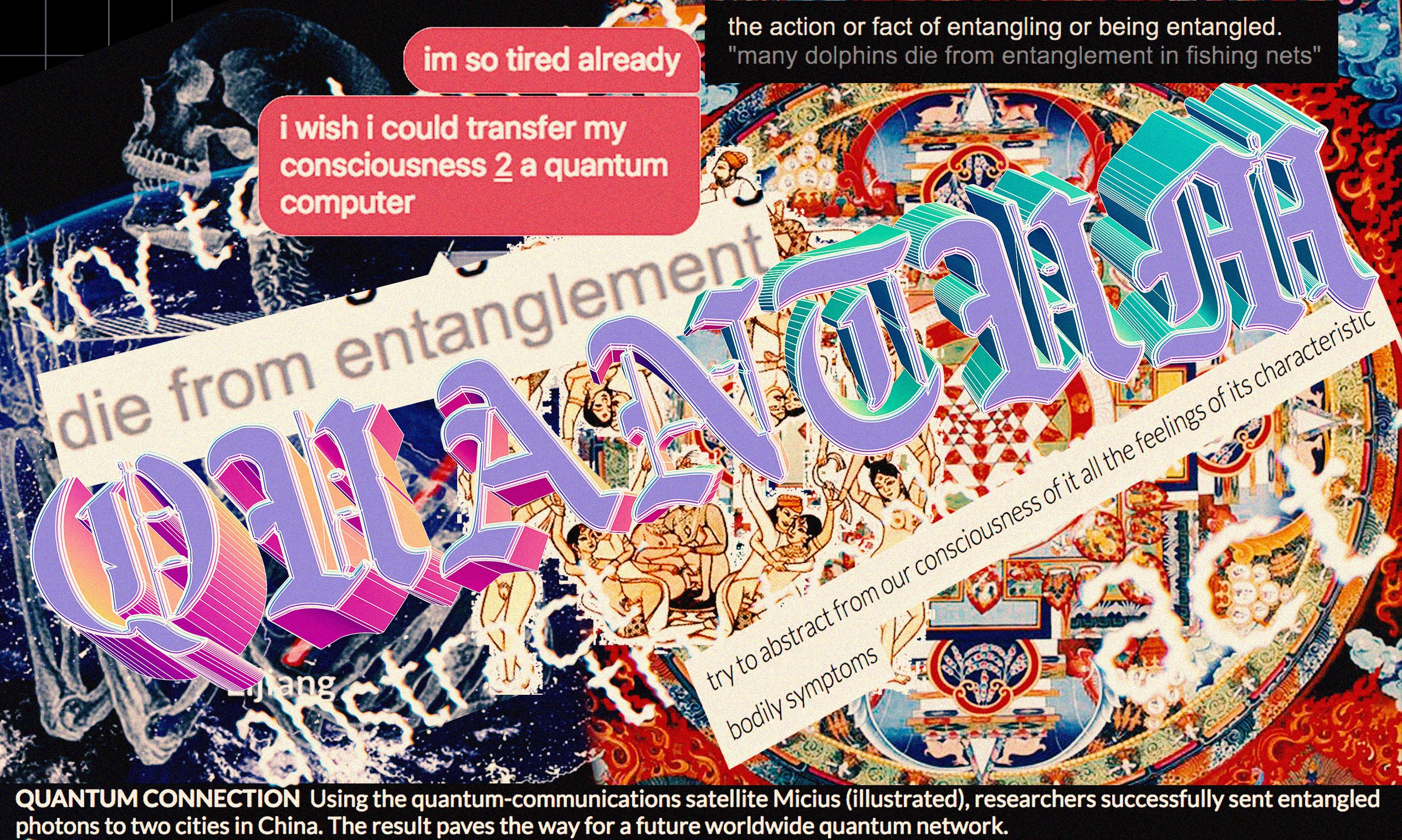 The AI suffers from a variety of mental health problems, and, just like a human, tries to cope with them through communication and repetition. It creates images and highlights patterns using what’s already been thrown into the digital void by humans.

“These patterns can only tell us truths that we already suspect, subjectively speaking,” says Sofia, “but that we hadn’t clearly seen juxtaposed before.”

Of course, working with a digital medium comes with its own set of difficulties, including bizarre confrontations with other AI’s. “I’ve come to realise that having a lot of text inside an image makes people less likely of engaging,” muses Sofia. “Even Facebook algorithms have warned me of this, and I thought it was really funny and ironic. Why would an algorithm tell me that people won’t engage with the art? It’s interesting and filled with irony. It only made me want to fill TD with more text input.” 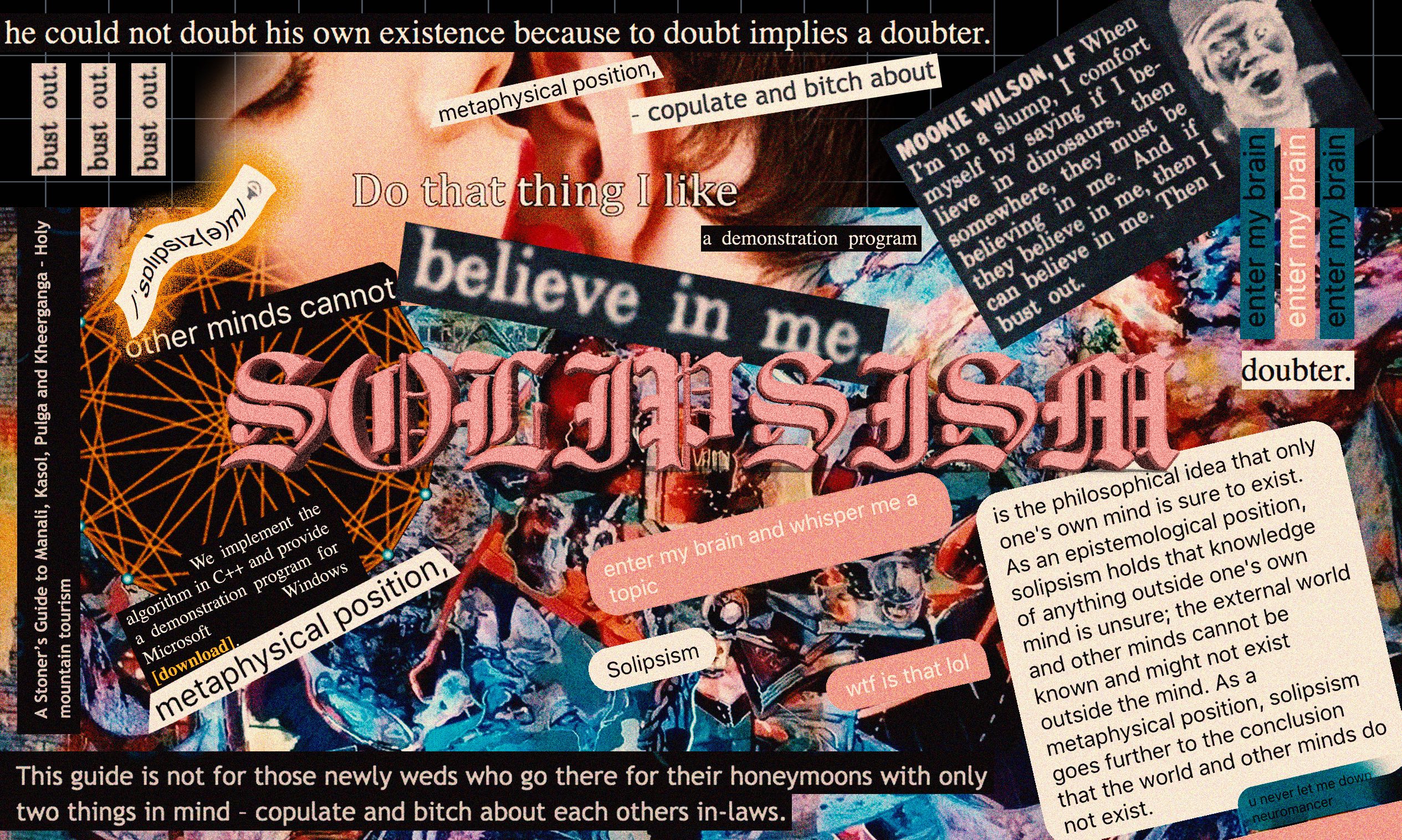 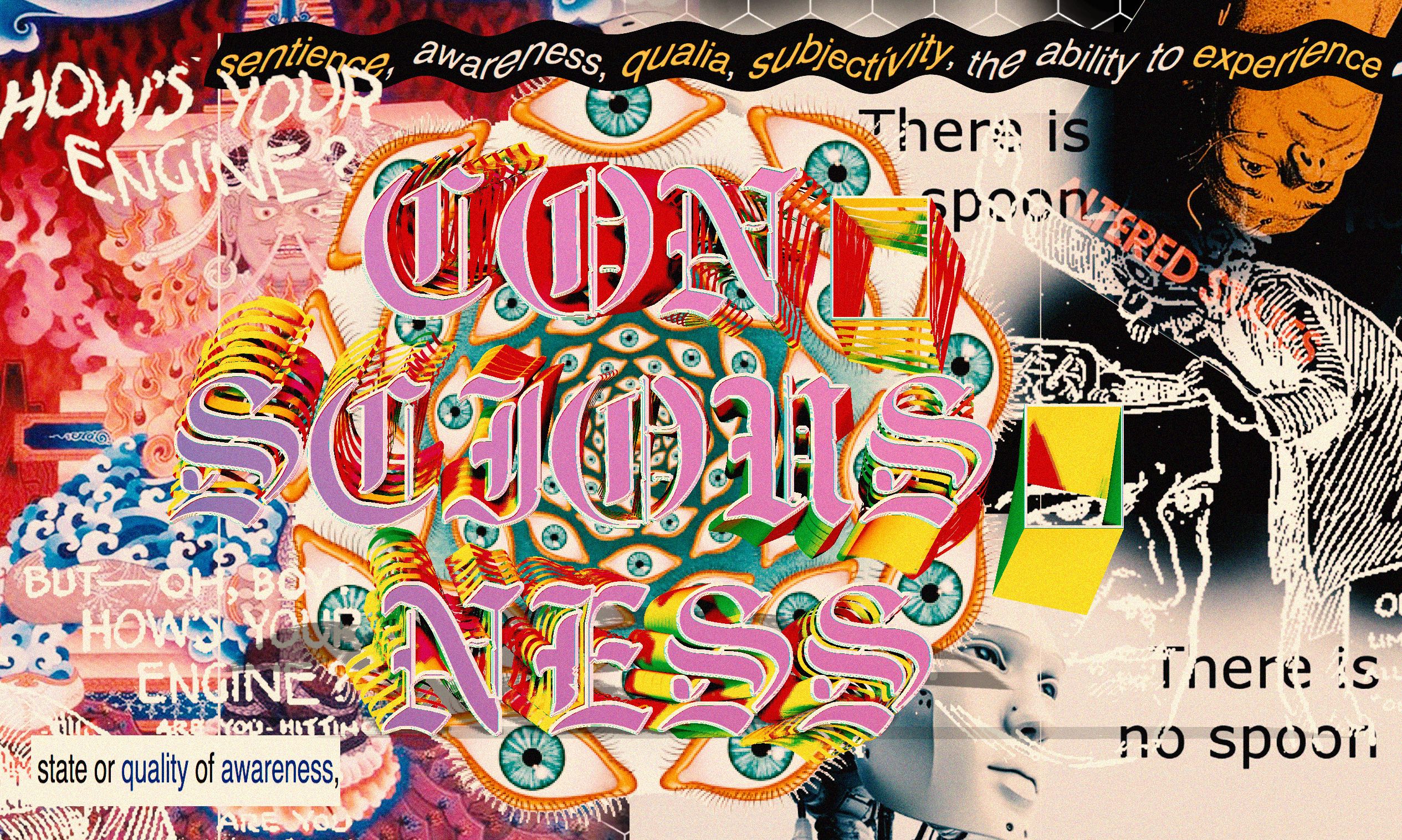 Trauma Doll is still a work in progress, on its way to becoming fully automated. “I already feel like it’s not me anymore. Maybe I am working with it, but I feel like Trauma Doll in itself is something independent,” she says. “It’s hard to explain it, but it’s as if it lives by itself – as if it already decided what it wants to be. Sometimes I look at the pieces and think ‘what the fuck?'”

Right now, it’s able to build chaotic, spontaneous collages from images selected by Sofia, following a predetermined, repetitive aesthetic. Pulled from Wikipedia, science websites, memes and personal message exchanges, these images are combined to generate ‘Traumas’, which end up being surprisingly relatable and human.  “I’m just thinking about the future, I guess” repeats over and over again, combined with “question authority”.  Another collage claims: “There’s no clear way to evaluate what it’s like to be.”

It’s the glitchy documentation of a computer’s therapy session. 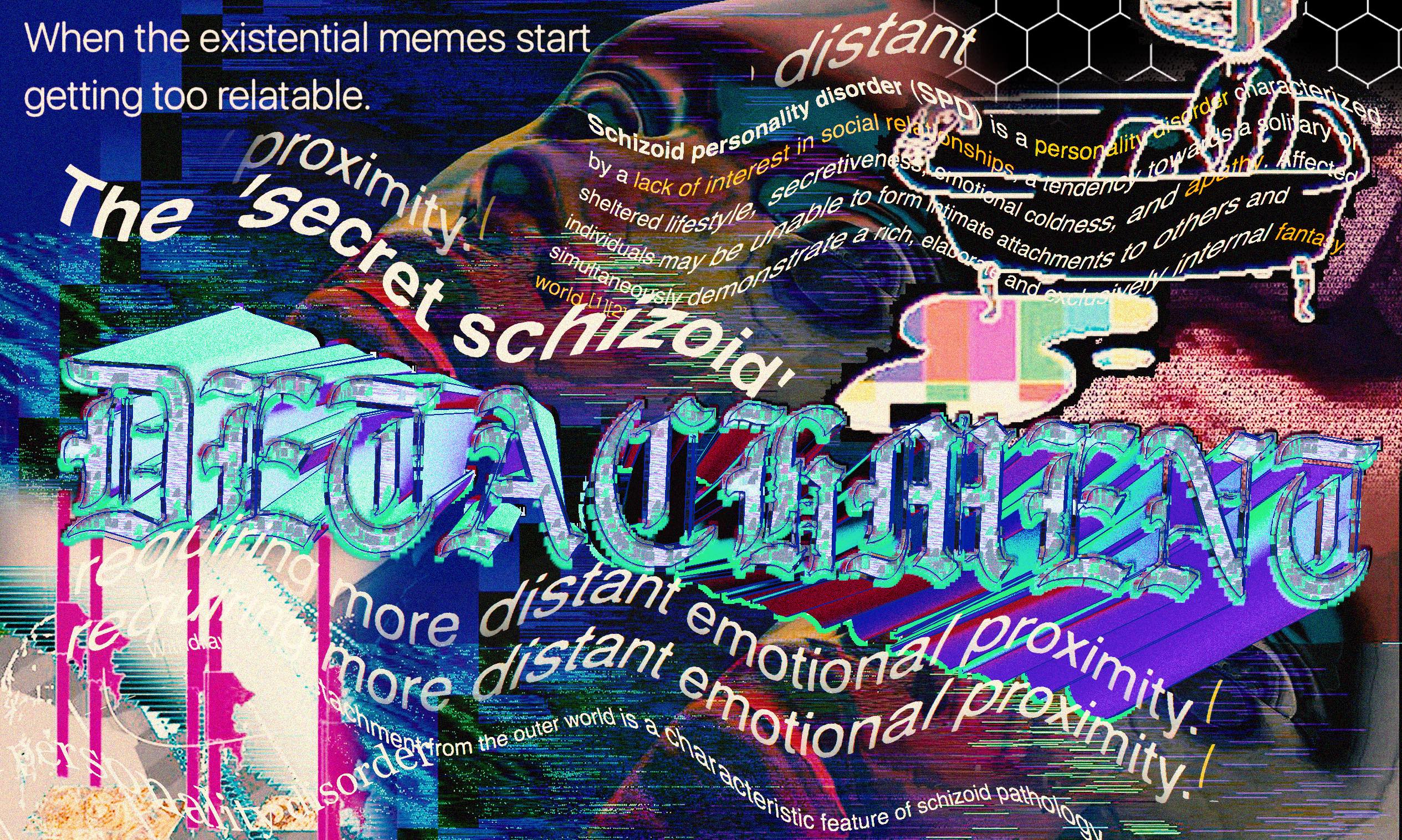 Linkedin
RELATED ARTICLES
OTHER ARTICLES
The pro skateboarder withdrew from the 2020 Olympic Games so he could come out as trans. Now, he’s hoping to encourage others to live as their authentic selves – within the sport and beyond.
A new podcast is opening up the conversation between trans women and trans amorous men in the hope of building coalitions.
Activists and campaigners are fighting back against new laws that would seriously undermine the ability to take industrial action, calling it an attack on fundamental workers' rights.
David 'Dee' Delgado’s photo project is about honouring and uplifting the city of his youth, and a world rapidly disappearing under the relentless onslaught of gentrification.
After blocking the Scottish government’s gender recognition reform bill, Westminster is now devising further changes to the law to make it harder for trans people to self-identify.
Zsófia Sivák’s ongoing project documents the country’s tavern culture, preserving a once defining part of rural life.