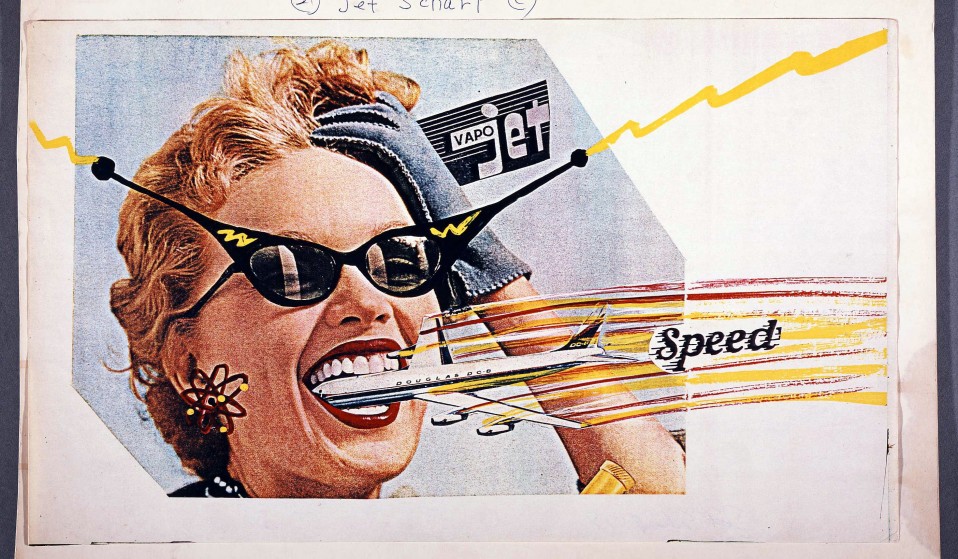 A new MOMA exhibition looks back on the legacy of Club 57 – a no-budget East Village venue that ripped up the rule book and changed the face of modern art.

A new MOMA exhibition looks back on the legacy of Club 57 – a no-budget East Village venue that ripped up the rule book and changed the face of modern art.

By 1978, the East Village art scene was coming into its own, and a new movement began to take hold in the basement of New York’s Holy Cross Polish National Church at 57 St. Marks Place.

Club 57, as it was known, was home to a group of young artists including Keith Haring, Kenny Scharf, Fred Brathwaite aka Fab 5 Freddy, Klaus Nomi, Tseng Kwong Chi, Joey Arias, John Sex, and Marcus Leatherdale – all of whom were redefining art and photography, fashion and design, film and video, performance and theatre.

The no-budget venue and social club broke all the rules, transforming the ways in which we experience art to the present day. In celebration, the Museum of Modern Art, New York, presents Club 57: Film, Performance, and Art in the East Village, 1978–1983, a major exhibition and catalogue organised by Ron Magliozzi, Curator and Sophie Cavoulacos, Assistant Curator, Department of Film, with guest curator Ann Magnuson. 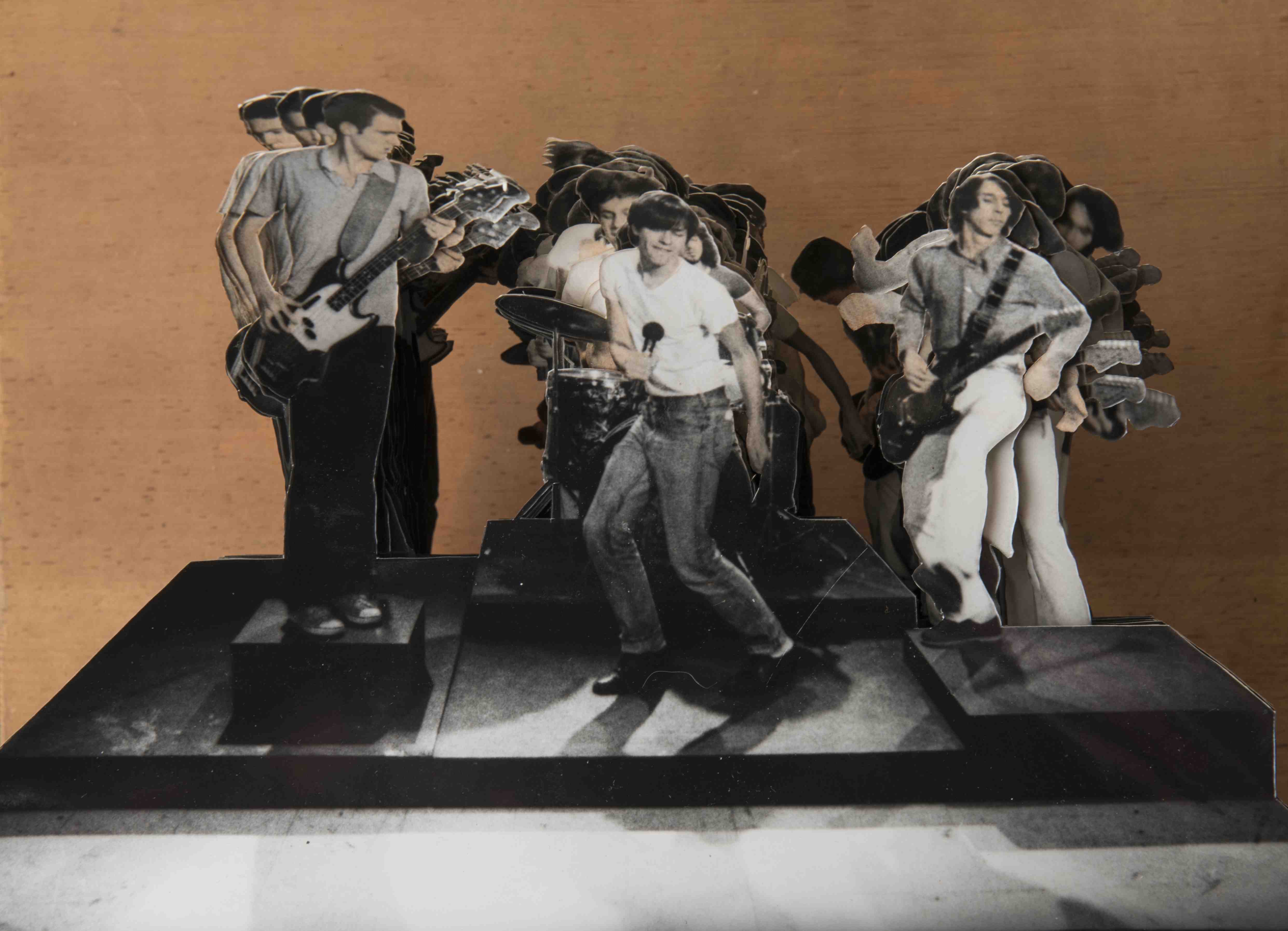 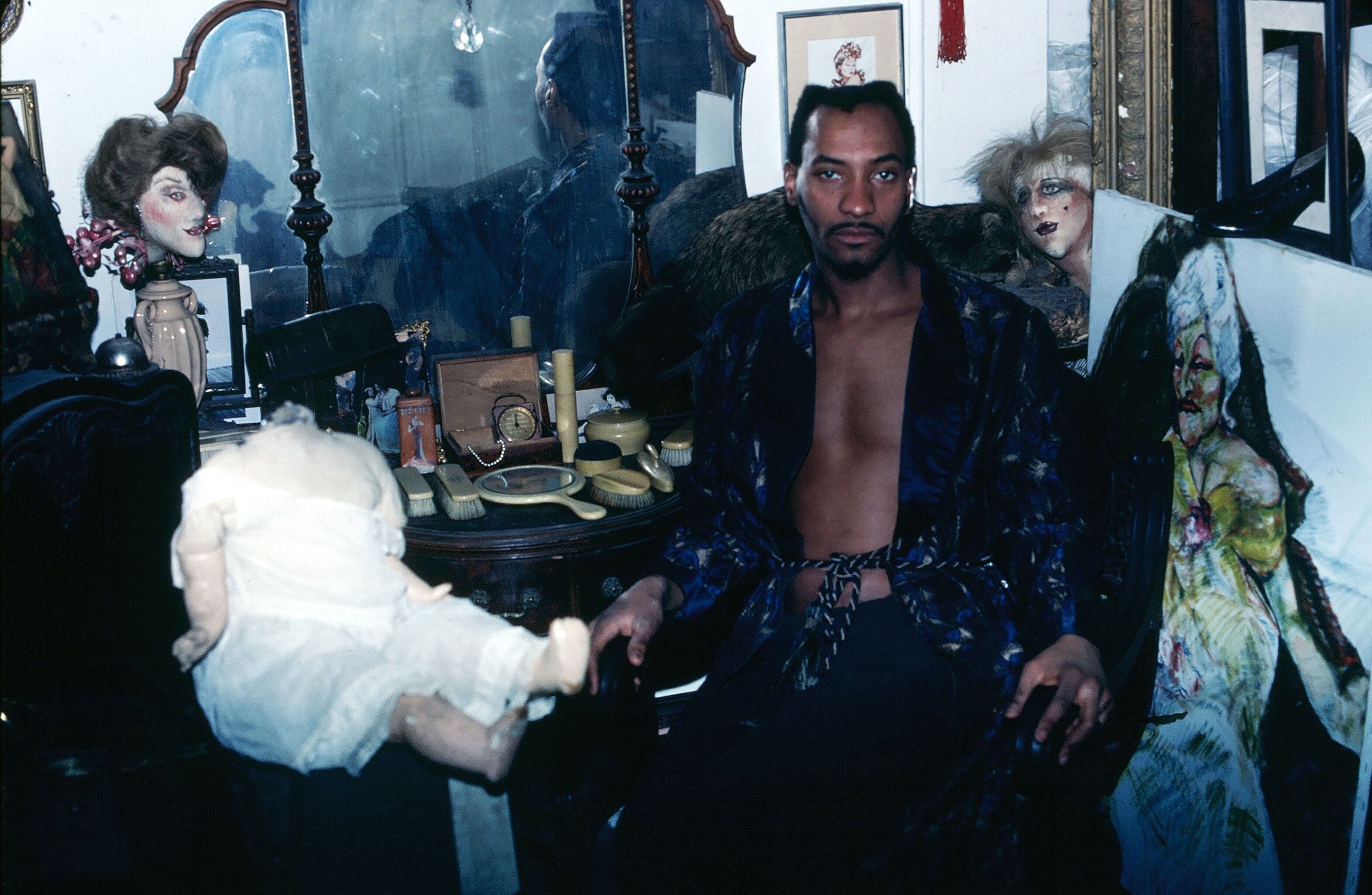 “The founders of Club 57 were a group of young artists who couldn’t get into the Soho galleries or the museums uptown, so they created their own scene in the East Village because the access to everything was inexpensive: housing, venues, and art supplies on the street,” Magliozzi explains.

Club 57 erased the formal boundaries established by the art world, creating a space ripe for self-discovery, originality, and innovation. “The notion of having to be there and be present was very important,” Magliozzi observes. “There were other clubs and collectives taking place across the downtown scene. They called themselves ‘The Downtown 500’ because it was a relatively small community.”

What set Club 57 apart from its peers was the intimacy of the locale, which created a lack of separation between the artist and the audience. This proximity nurtured collaboration and experimentation naturally. With a founding curatorial staff that included film programmers Susan Hannaford and Tom Scully, exhibition organiser Keith Haring, and performance curator Ann Magnuson, there was always an opportunity for artists to try something new.

The exhibition and catalogue are historical markers of their own. “When we started researching, so much of it was anecdotal: people recollecting things, events, or moments,” Magliozzi reveals. “We were determined to reconstruct what happened every single night. It started with flyers and ephemeral materials. Any documentation that we found, we would then follow up and try to find the artist and the works.”

“There was not only this ephemeral history but a whole unseen layer of artwork that hadn’t pierced through so many years later,” Cavoulacos adds. “Many of the works in the show haven’t been shown since the ’80s. So many [current] threads go back to this period: androgyny, male burlesque, and drag all intersect.”

Club 57 was a place for personal discovery in the search for identity and the expression of sexuality and gender. “So much of what has happened has been absorbed into mainstream culture,” Magliozzi notes. “Things that were edgy are taken for granted now, but it started in this period.” 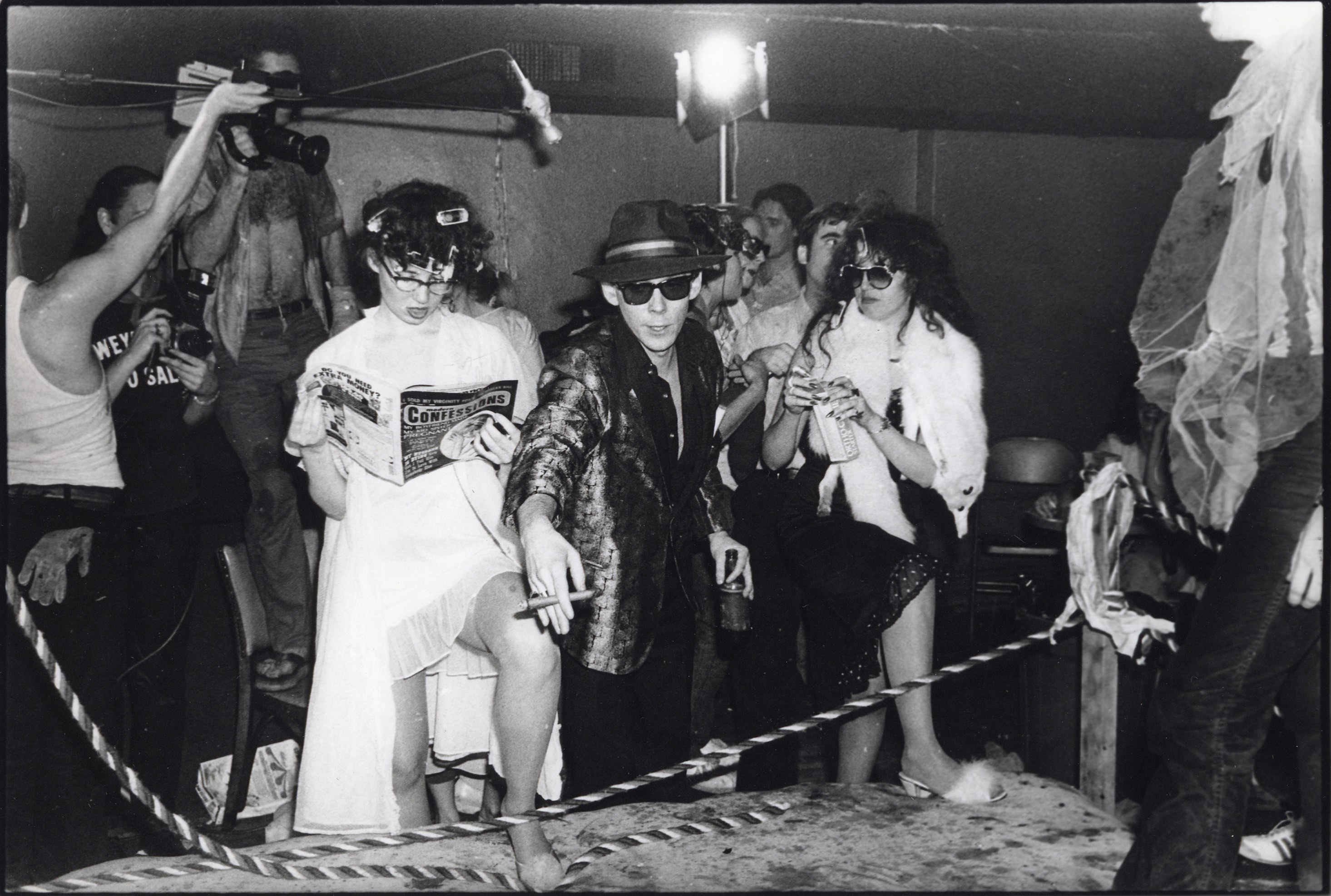 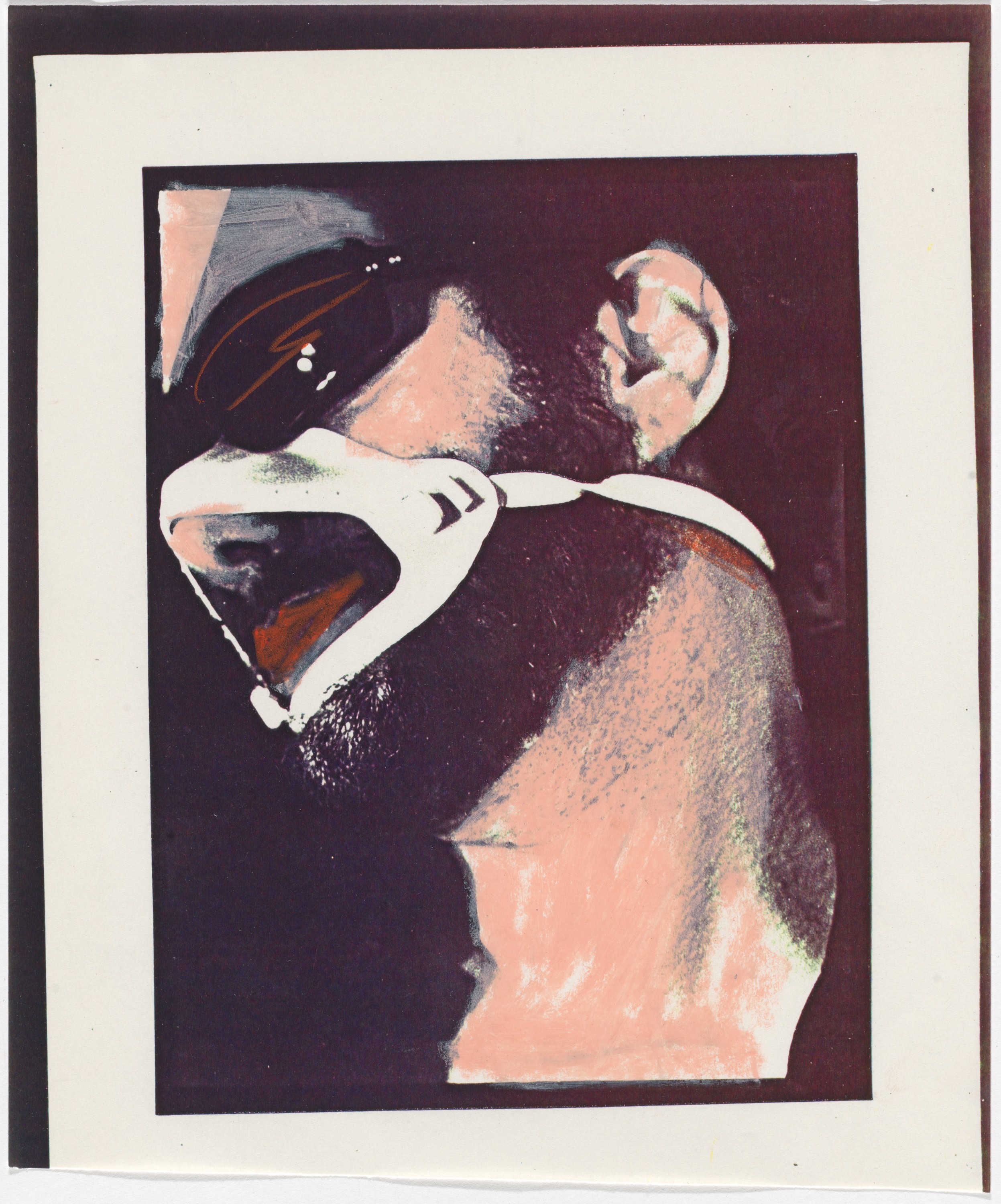 Linkedin
RELATED ARTICLES
OTHER ARTICLES
After building his reputation covering the US civil rights movement in the 1960s, the photographer went on to produce some of the most enduring images of the past century.
The action took place in response to the 200 asylum-seeking children who were placed in hotels run by the Home Office who have gone missing.
Activists and campaigners are fighting back against new laws that would seriously undermine the ability to take industrial action, calling it an attack on fundamental workers' rights.
Filmmaker Laura Poitras discusses her new documentary which traces the remarkable life of the artist-activist and the impact of her battle against the US opioid crisis.
Photographer Becky Tyrell went down to the fading banger and stock raceway to meet a community desperate to keep it alive.
A recent High Court ruling against the right to wild camp in Dartmoor National Park sparked the largest land protest in history – and campaigners say their fight is not over yet.