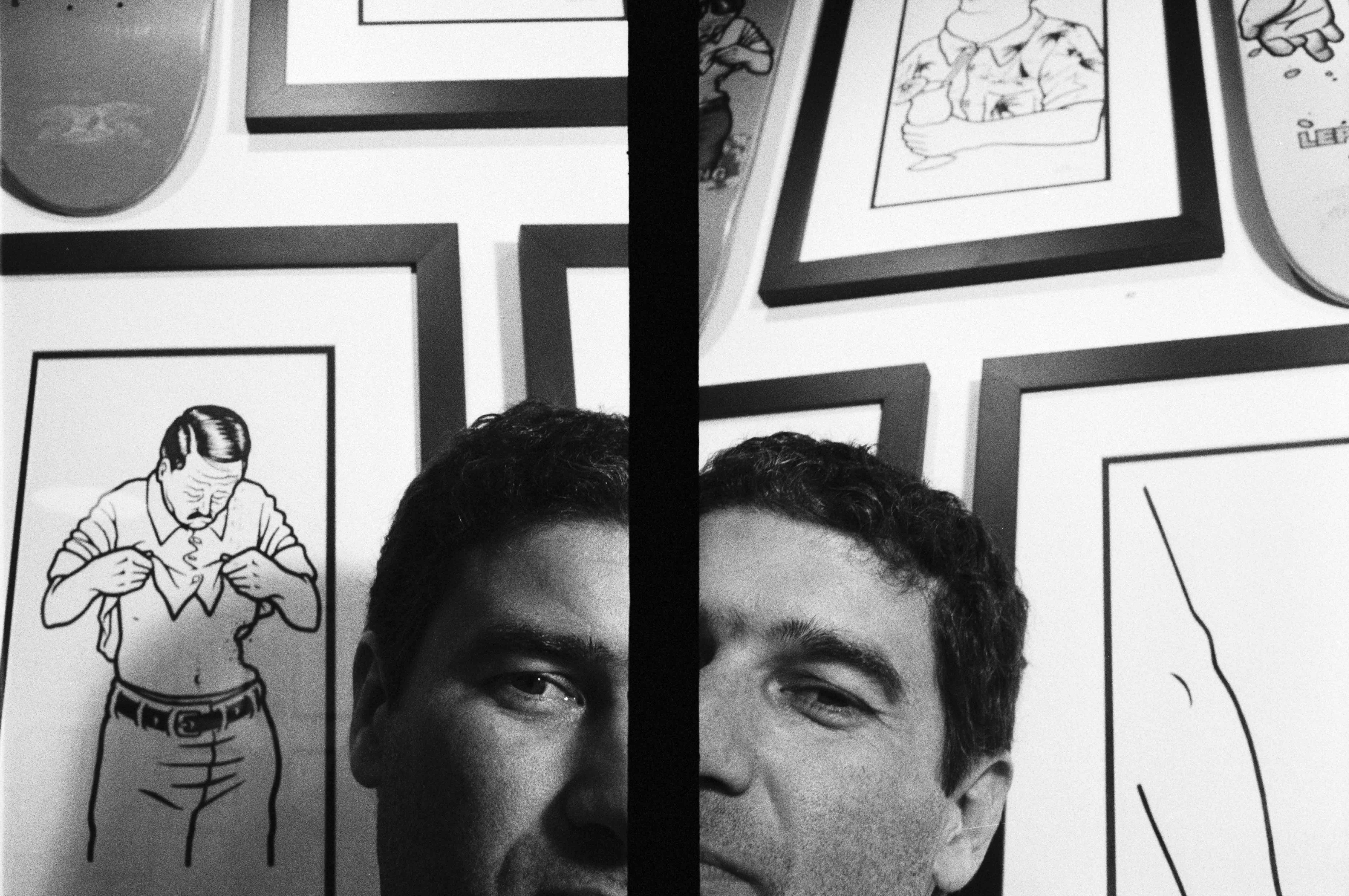 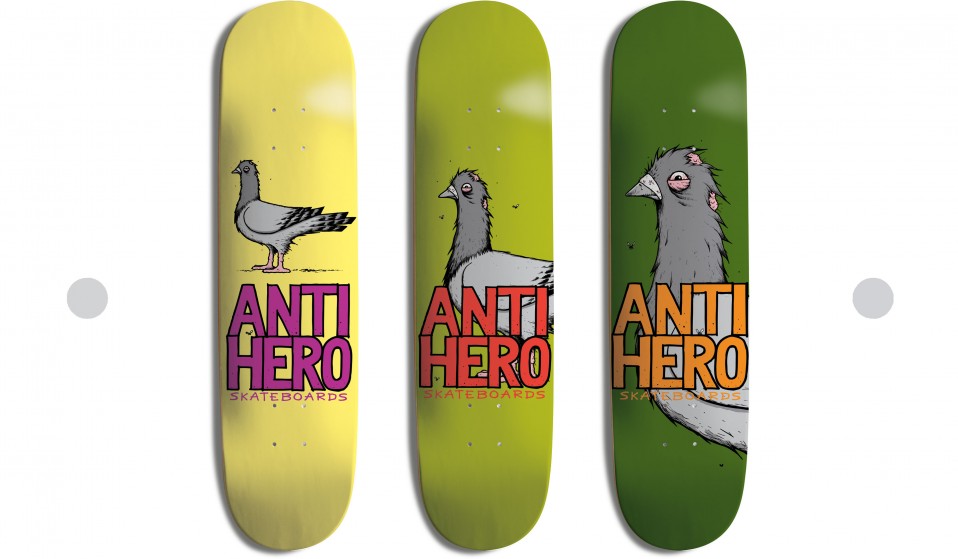 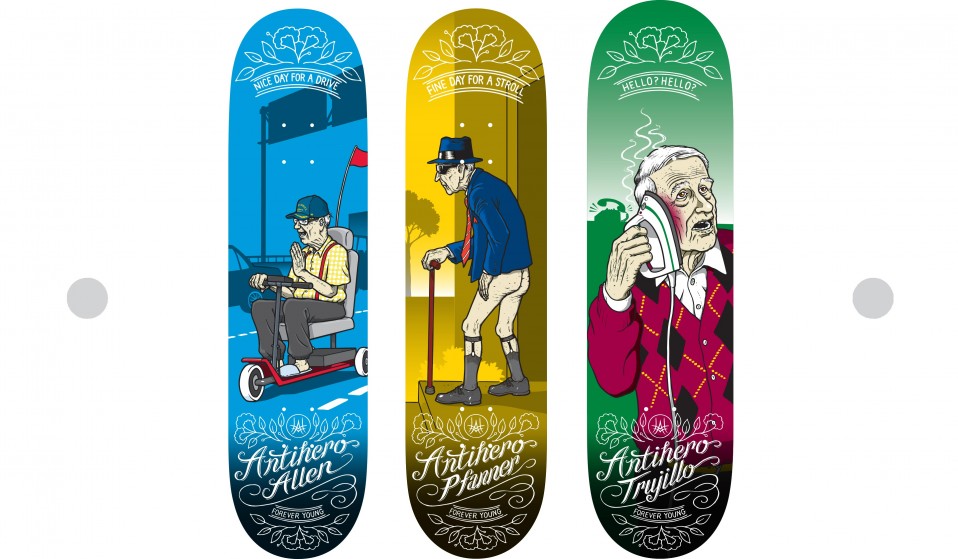 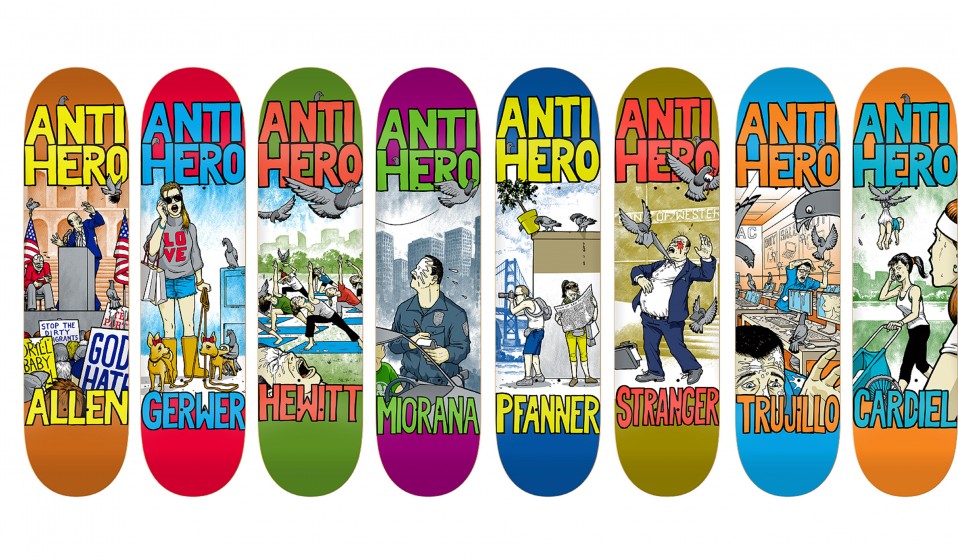 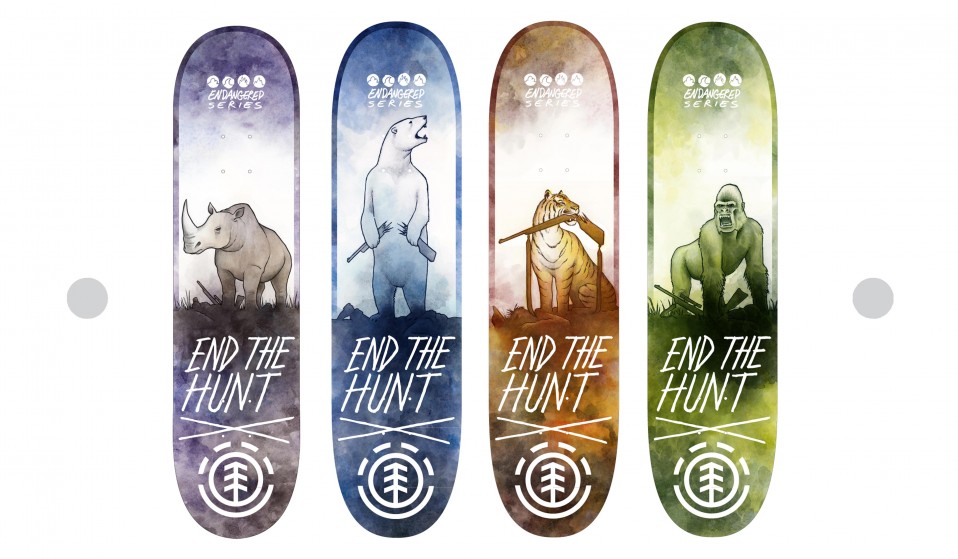 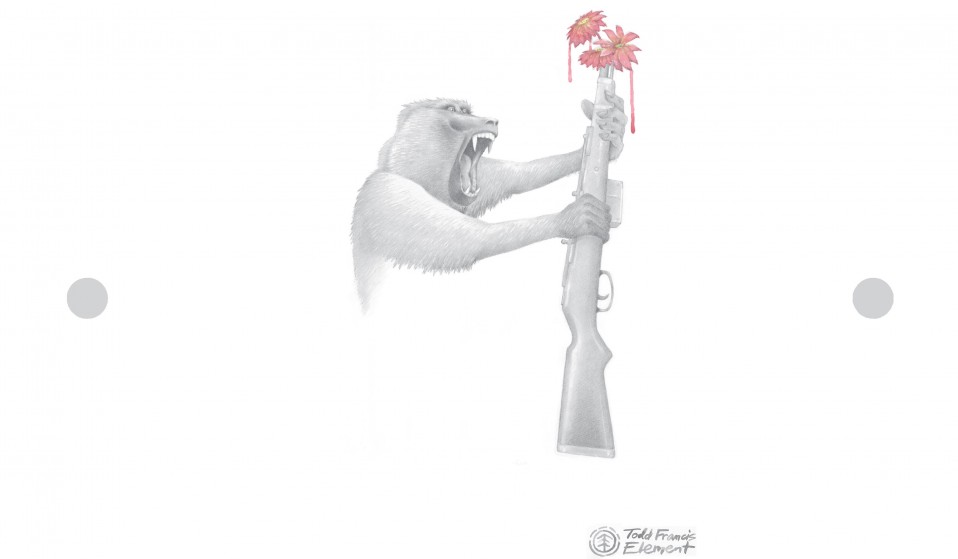 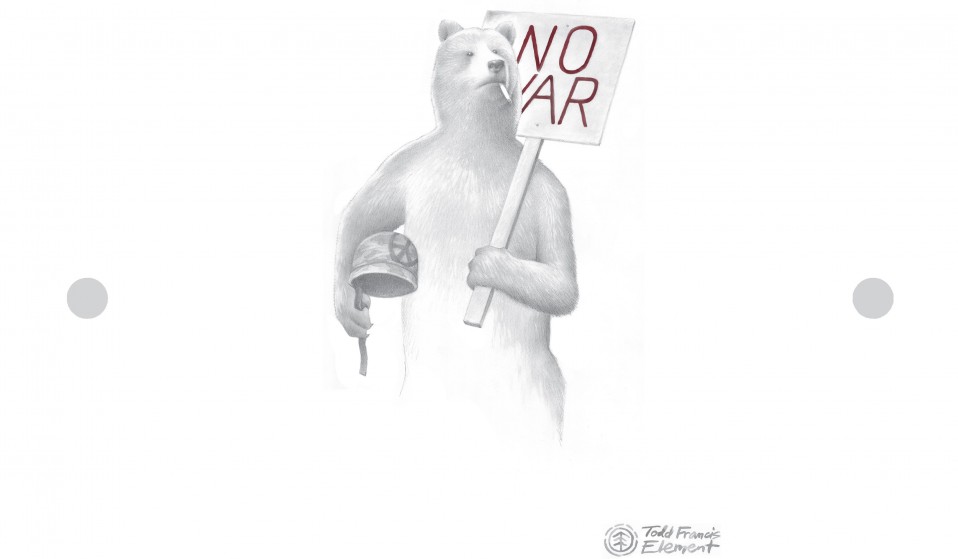 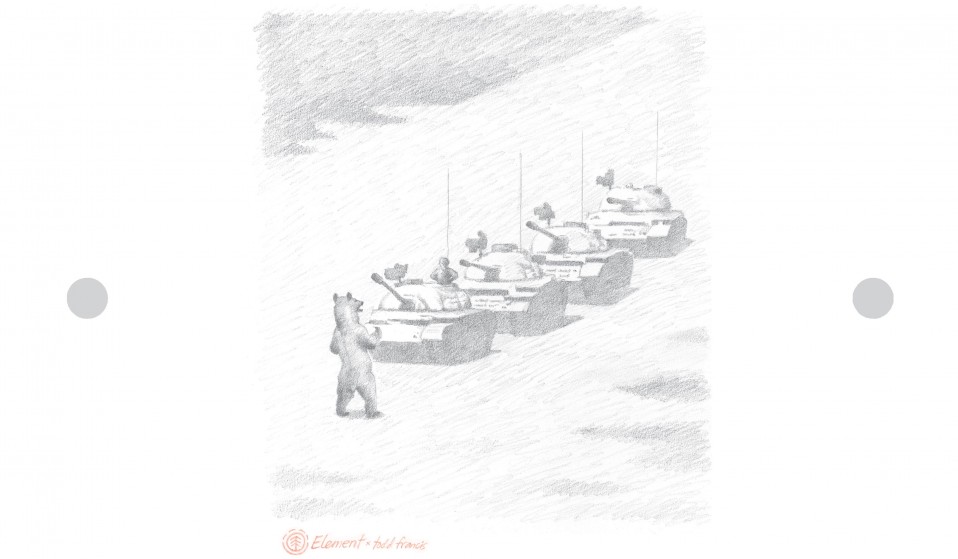 Prolific skate illustrator Todd Francis on art, where to score the best tacos, secret camping spots and how to avoid assholes in Los Angeles.

Prolific skate illustrator Todd Francis on art, where to score the best tacos, secret camping spots and how to avoid assholes in Los Angeles.

Never one to blow his own horn or call attention to himself, Todd Francis is probably one of the most prolific illustrators and designers you’ve never heard of. Unless you skate, that is. After working as an “art monkey” at Deluxe Distribution, churning out some of the best skateboard graphics of the 1990s for companies like Real, Stereo and Anti Hero, Todd moved on to Element in 1999. There he worked with up-and-coming designers like Matt Irving (of San Francisco studio Juice Design) and industry staple Don Pendleton. He left Element last year to pursue a bunch of new projects, including a new set of skateboard graphics for Anti Hero, building on the signature ‘pigeon’ logo he created all those years back. Here, Todd treats us to a tour of his favourite LA hangs and a quick-fire interview, skate-mag style.

Best Place to Get a Taco Nearby
I’m a fan of the taco, a big fan actually. Problem is, the West Side of LA has lots of Mexican chain places that make dull, uninspired tacos, and outside of the roving food trucks, it’s not easy to find a taco around here that you actually look forward to. Taqueria Sanchez in Culver City breaks the mould, with a really good moist chicken taco that’s nothing like the dry, cruddy taco de pollo you usually wind up with. The chicken seems almost stewed with bell peppers and onions, and after you’ve drizzled some chipotle salsa and some runny guacamole on it, you have to balance the little sucker in your hand carefully so it doesn’t ooze all over you. Sometimes I just let it. I’m a madman.

Best Place to See Some Assholes Nearby
Venice has transformed remarkably in the last two decades, and the huge neighbourhood once known as Ghost Town has shrunk faster than the polar ice caps. Once several square miles of drug deals and bullet holes, now it teems with celebrities, film and TV writers and other scene-god douchebags. When I was a teen we would drive through there only on a dare, and Abbot Kinney Boulevard was a desolate strip of dying businesses by day and a great place to get a gun pulled on you at night. Nowadays that street is all buzzy boutiques, fifty-dollar T-shirt shops and annoying small-plate restaurants, and by night the only thing you’ll get jammed in your face is a script. What Venice needs is a really skilled serial killer to chase all the assholes out and restore a sense of chaos to the region, but thus far my prayers remain unanswered. 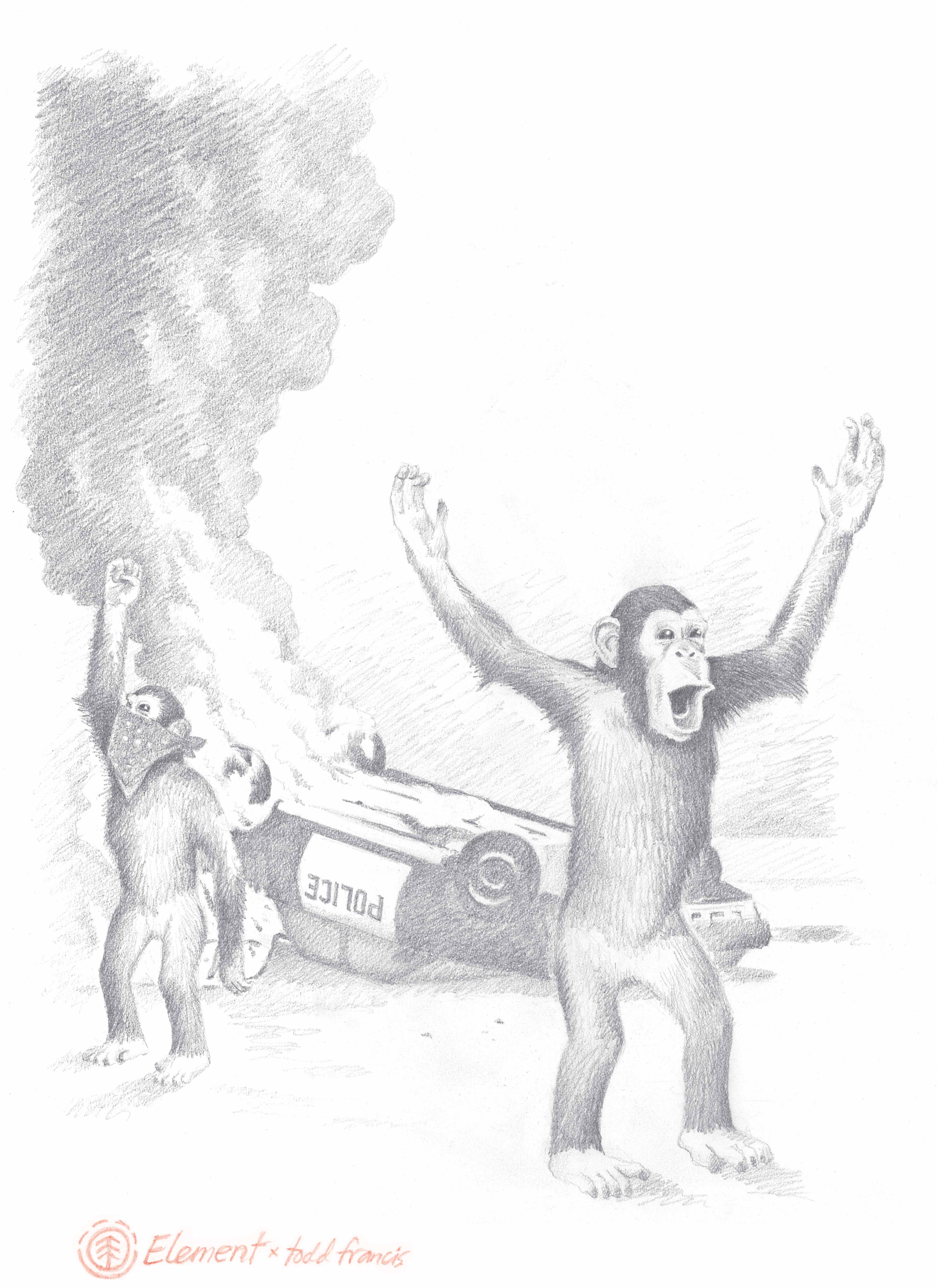 Best Place to Clear Your Head and Avoid Assholes
Early mornings down at the Venice Pier, things just get better. Relatively empty, usually a little misty, and smelling slightly of seaweed and old beer, the pier is a perfect spot to check out the waves, pick a good empty spot and get some bodysurfing in before the day gets stupid. The waves there are some of the best closeouts in the area, perfect to get your ass kicked on a big day or just to bob around and think on a small one.

Best Place to Develop Patience During Lunch
Since I was in high school I’ve been getting hoagies from Great Western Steak & Hoagie on Lincoln Blvd in Venice, and the food remains exactly the same since then. The problem is, the hoagie you’re handed is hot off the grill, and I mean HOT. If you unwrap it and bite into it immediately, the molten cheese, sauce and steak will melt the top layer of your mouth off, and it’ll make you feel like a real dick. So what you gotta do is, unwrap your pepper mushroom cheese steak (that’s what you’ll order) and pry it open. Sit back, take a calming breath, and let the steam billow out, and maybe blow on it a bit, let the cheese cool a little before you take the plunge. Then the rest of the day you can enjoy the vicious onion breath it leaves you with, instead of the dangling shards of mouth-roof that are the after effect of biting into that hoagie too soon. 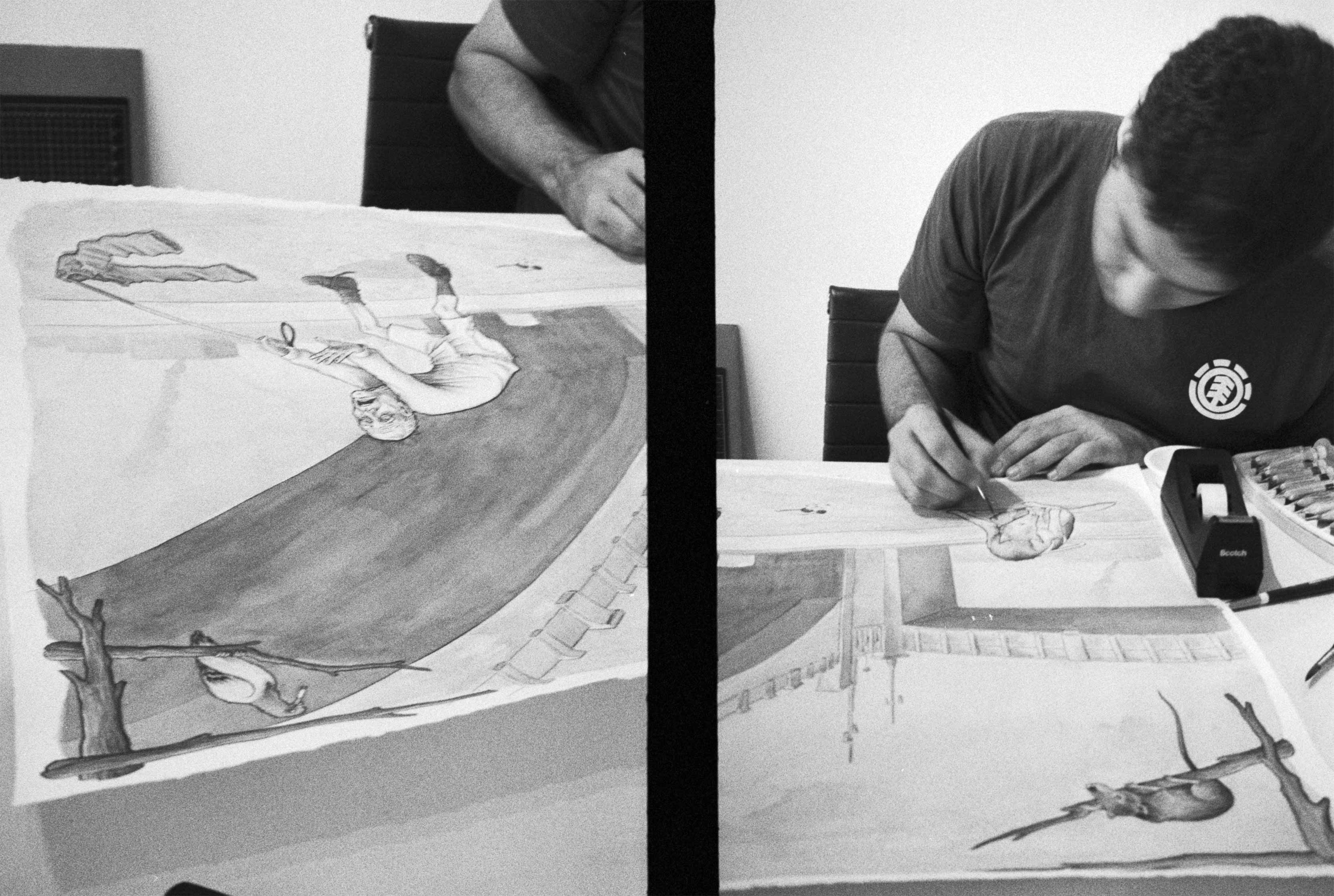 Best Camping Spot Nearby Nobody Knows About
I’m going to keep this one a little vague because I’m selfish, but there is a great set of public campgrounds in the Santa Monica Mountains that nobody ever uses. You hike in about a mile from the parking lot, and before you know it you’re in a clearing with about five little plots, and even a well- maintained bathroom. There’s tons of deer, lizards, snakes and best of all, a riot of coyotes all yipping and yowling all night long. A really great, calm and convenient place to get away to, and its only about twenty minutes up the coast from Venice. Maybe I’ll take you there sometime, but otherwise screw you, it’s too good to blab about.

A quickfire question round with skate art dude Todd Francis.

What have you been you up to since leaving Element?
Do you spend your days wiling away in front of the TV, growing a beard and gut? No way, Jose. A rolling stone gathers no moss. I’m working on all kinds of crud. Signature product for a few different great companies, and I’ve really been enjoying myself doing board graphics with Anti Hero. Plus this book project I’m involved with has been a lot of work. I’m actually sort of stressed out and overwhelmed right now. 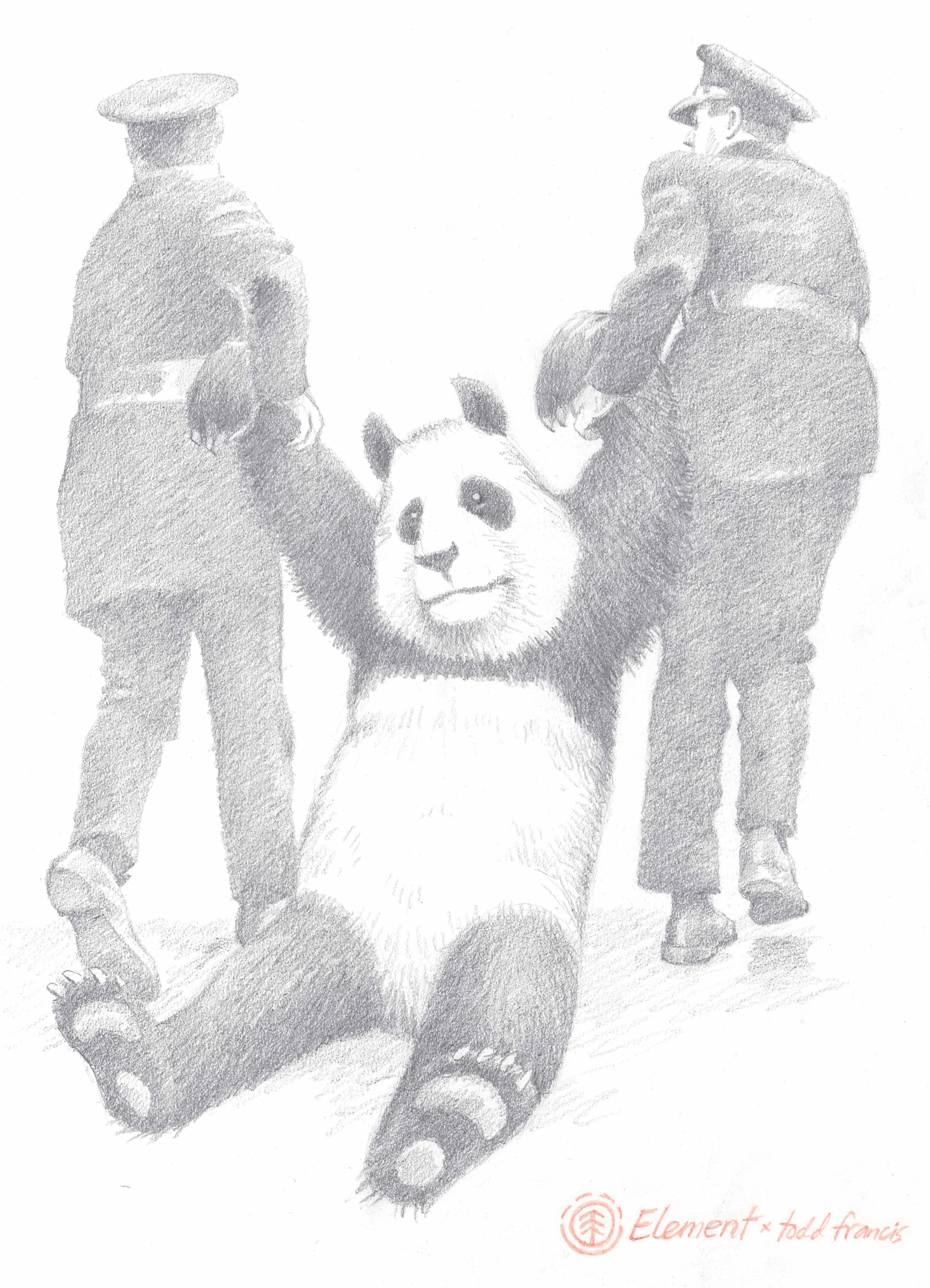 A while back you did three large watercolours entitled When Animals Rape, in which all the victims were non- threatening people: a blind man, a park ranger and a butterfly collector. What’s up with that?
I’ve always done animal-based stuff, and that series was just a result of me wondering how far I can push the idea. Of course, it wouldn’t work on board or tee graphics, it’s just too graphic and yucky, in all the wrong ways. I just like the ideas of animals lashing out at humans, even if they’re so-called animal lovers.

You recently teamed back up with Anti Hero for a set of skateboard graphics. What’s it like working with [founder] Julien Stranger after all these years?
There is nobody I would rather work with than Julien, and given how long I’ve been in this goofy industry, I’d think that should speak volumes. The closest thing I’ve ever had to a dream job was working with him on Antihero graphics, and I guess you could say now it’s turning into a really loooong dream. Plus Frank Gerwer [Antihero skateboarder] is heavily involved in graphics concepts and that guy has great, funny ideas.

You shit on your own art more than any artist I’ve met. Aside from the egomaniacs, most artists are semi self- deprecating but you take it to another level. Why so harsh on yourself, buddy?

Look, I really hate people who are in love with their work. It makes you lazy, and it slows you down and keeps you from getting better. The way I see it, you can always do better and one-up yourself. You’re only as good as your last failure, and I guess it’s one way I push myself, trying to keep myself from overestimating the quality of my work. Plus, I have self-esteem issues.

You’re working on your first a book right now. Is it going to be something new or a retrospective of your work so far?
The working title is Look Away (The Art of Todd Francis). Another title I liked, but it’s too long, is Mamas Don’t Let Your Babies Grow Up To Be Assholes. It’s a retrospective, but I’m working hard to make it full of new stuff and recent or semi- recent work that few have seen. Again, trying not to be lazy. Going to pepper it with little stories and insight into what went into the graphics and stuff like that, along with lots of cruddly little sketches and doodles that led to the finished graphics. Seb Carayol, the guy behind Memory Screened [a regular feature in Skateboarder Magazine that sees pro skaters reminiscing about their favourite graphics] is editing the book, and he’s been amazing. There’ll be a whole section about the Anti Hero eagle, and another devoted to the various iterations of the Anti Hero pigeon. Plus the book’s foreword is being written by someone special. It should be on shelf in the fall of 2013, and would make a fine Halloween treat.

Last question: is there a subject art should never discuss?
Clearly you’re asking the wrong guy.

Check out more of Todd’s work.

Linkedin
RELATED ARTICLES
OTHER ARTICLES
A recent High Court ruling against the right to wild camp in Dartmoor National Park sparked the largest land protest in history – and campaigners say their fight is not over yet.
After blocking the Scottish government’s gender recognition reform bill, Westminster is now devising further changes to the law to make it harder for trans people to self-identify.
A new film from Berghaus traces the story of Adam Raja, who left behind a turbulent upbringing to discover the healing power of climbing.
The action took place in response to the 200 asylum-seeking children who were placed in hotels run by the Home Office who have gone missing.
A new podcast is opening up the conversation between trans women and trans amorous men in the hope of building coalitions.
Social prescribing connects people with non-medical support to improve their health and wellbeing – but some experts worry it’s just a stick plaster solution.