Art & Culture / Subvert the stereotypes. Just do what you love.

Whether it's making biker cupcakes or heavy metal quilts, some people are determined to find their calling in life – no matter how unlikely it seems.

Whether it's making biker cupcakes or heavy metal quilts, some people are determined to find their calling in life – no matter how unlikely it seems.

“Like I say, baker/biker – there’s only one letter difference.”

His company, FuManChu Cupcakes, started as a way to quit drinking. “Anyone can cook and drink, but baking is more of a science. If everything is not just right the whole thing will fail,” he says.

FuManChu is blowing up so fast, Andy speculates that his career in plumbing may have to end so he can bake full-time. He’s outgrown his kitchen and is currently looking for a commercial space.

So, what makes his cupcakes special? Straight-up testosterone. With ingredients like Sriracha hot sauce, whisky, sausage and beer, Andy has singlehandedly transformed the humble cupcake in the eyes of the people of Charlotte, North Carolina. 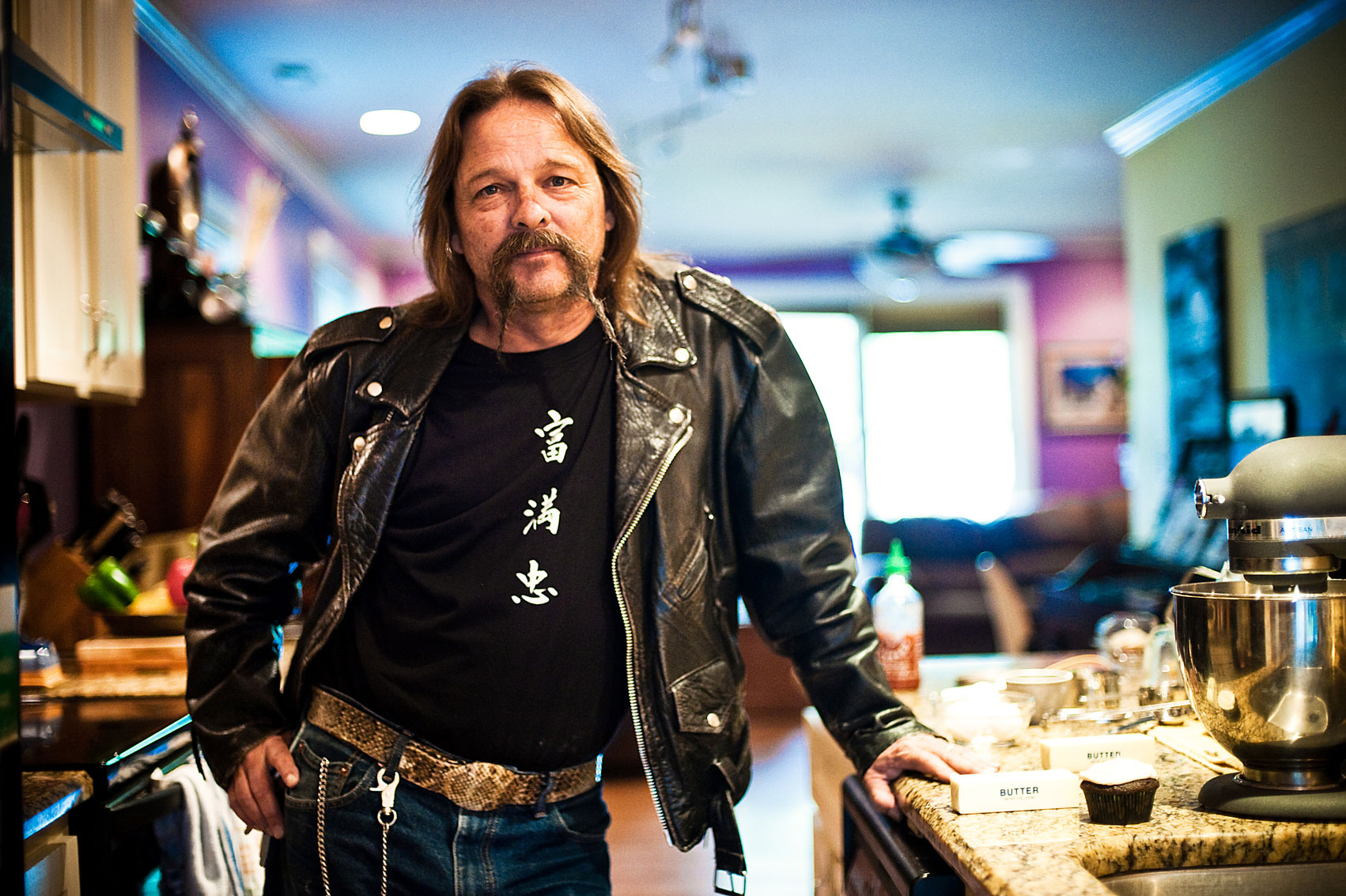 Walk into a bar in the NoDa neighbourhood, where Andy lives, and you’ll likely find a group of 40-to-60-year-old dudes in leather vests sitting around drinking beer and eating cupcakes.

Andy doesn’t feel like he’s making an intentional statement about gender roles, but he does admit that his appearance plays a big part in his success.

The novelty of having cupcakes delivered by a guy who looks like he runs a bike gang is an experience in itself.

“People say they hope the FuManChu guy delivers them just so they can meet me,” says Andy.

And the bizarre flavour combos look set to keep coming. He’s currently collaborating with local brewers and hot-dog makers to push the limits of what a cupcake can be, with creations like Celtic Salted Caramel and Bacon proving popular.

But there are a few things that will never make the cut. “I don’t do chocolate, vanilla or fucking Red Velvet,” he says. Mike Belleme. 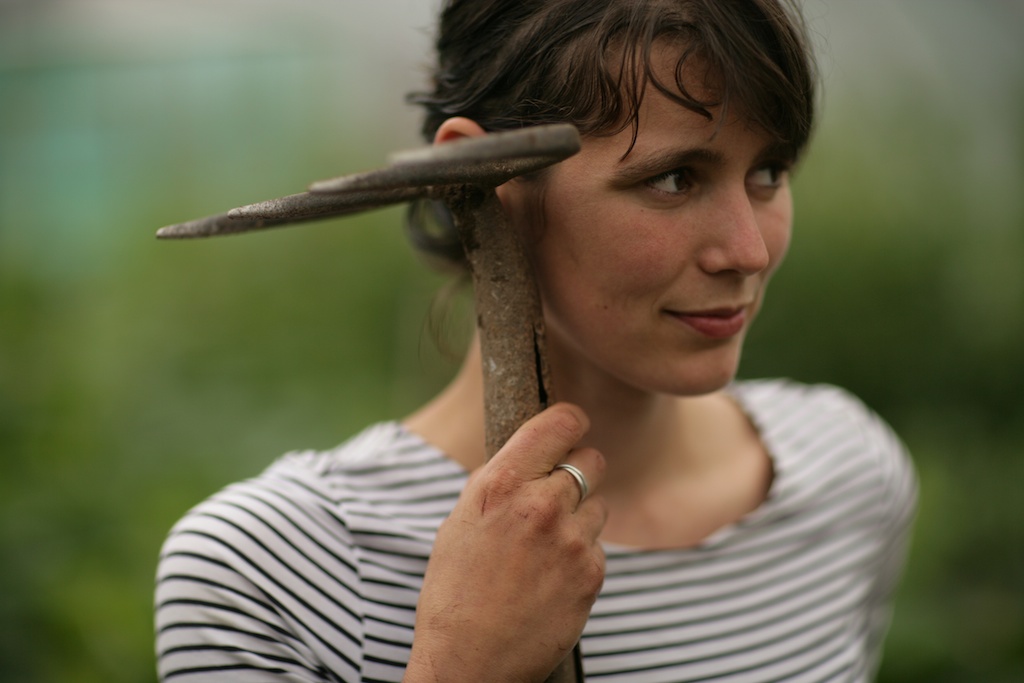 Despite growing up on a farm in West Wales, Alice Belle Holden never considered a career in horticulture.

“I was inspired by the growers, butchers and chefs I met at the Ballymaloe Cookery School in Ireland,” she says.

“They were all working hard with food, doing farmers’ markets and enjoying it. Most profoundly they were all around my age and it made me reconsider what I wanted from my work.

“It’s a powerful thing to have reference points you can relate to and examples that liberate you to take a less conventional path.” 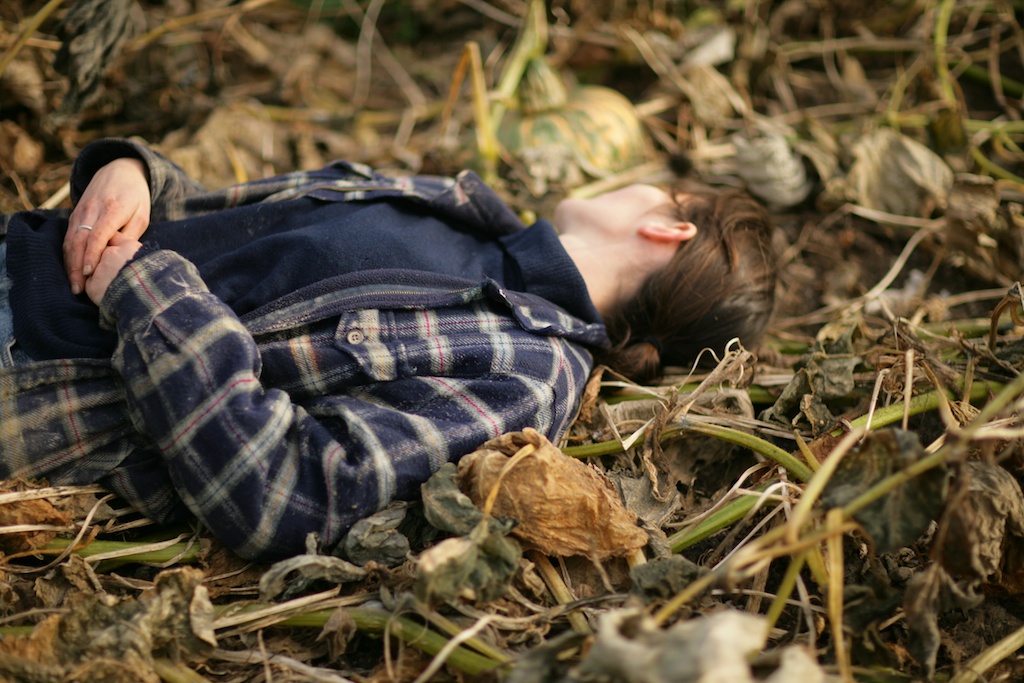 After Ballymaloe, Alice helped develop an organic-farming apprenticeship scheme with the Soil Association.

“I hope every young person has a ripple effect of challenging stereotypes,” she says. “I think attitudes are changing. Farming is perhaps perceived as isolated, repetitive and un-stimulating work. But that’s because our industrialised food system has created such roles.”

Determined to buck the trend, Alice moved to the 100-acre Pantsaeson Farm in Cardigan in 2009 where she cultivated veg plots and set up a market.

“In my experience, farmers have been very open and delighted to share knowledge,” says Alice. “It really helps to have mentors.” 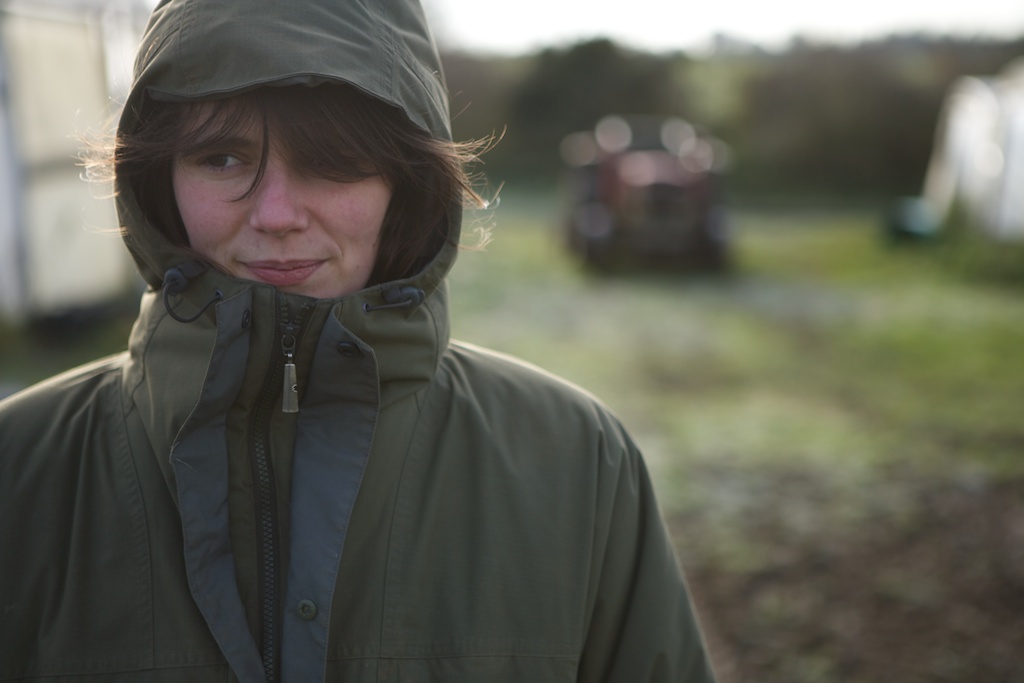 Did being a woman hold her back? “I was worried about how I would be perceived and thought I had to take on male traits,” she remembers.

“But the male farmers, builders and contractors that I’ve worked with have given me humbling amounts of support. In general they recognise that it’s not an easy road.”

Alice now works for a Growing Communities farm in Dagenham, London. “There are a lot of challenges ahead, but with all our knowledge and this planet’s incredible resources, sustainable solutions are attainable,” she says.

“We need to get on with it and the solutions don’t have to be gloomy.” Shelley Jones.

“Think about the Large Hadron Collider,” says artist Ben Venom. “That’s kind of how I see my work. Two polar opposites – quilting and metal – being shot at each other at full speed and when they collide, something new is created.”

From his San Francisco studio, Ben stitches quilts out of old heavy-metal T-shirts. This unlikely coupling may sound jarring as all hell, but somehow his blankets stay true to both roots, worthy of grandmas and head-bangers alike.

“My work seems to live in three different worlds: there’s the fine art world, there’s the craft world, and then there’s the fucking metal scene,” he says, laughing. 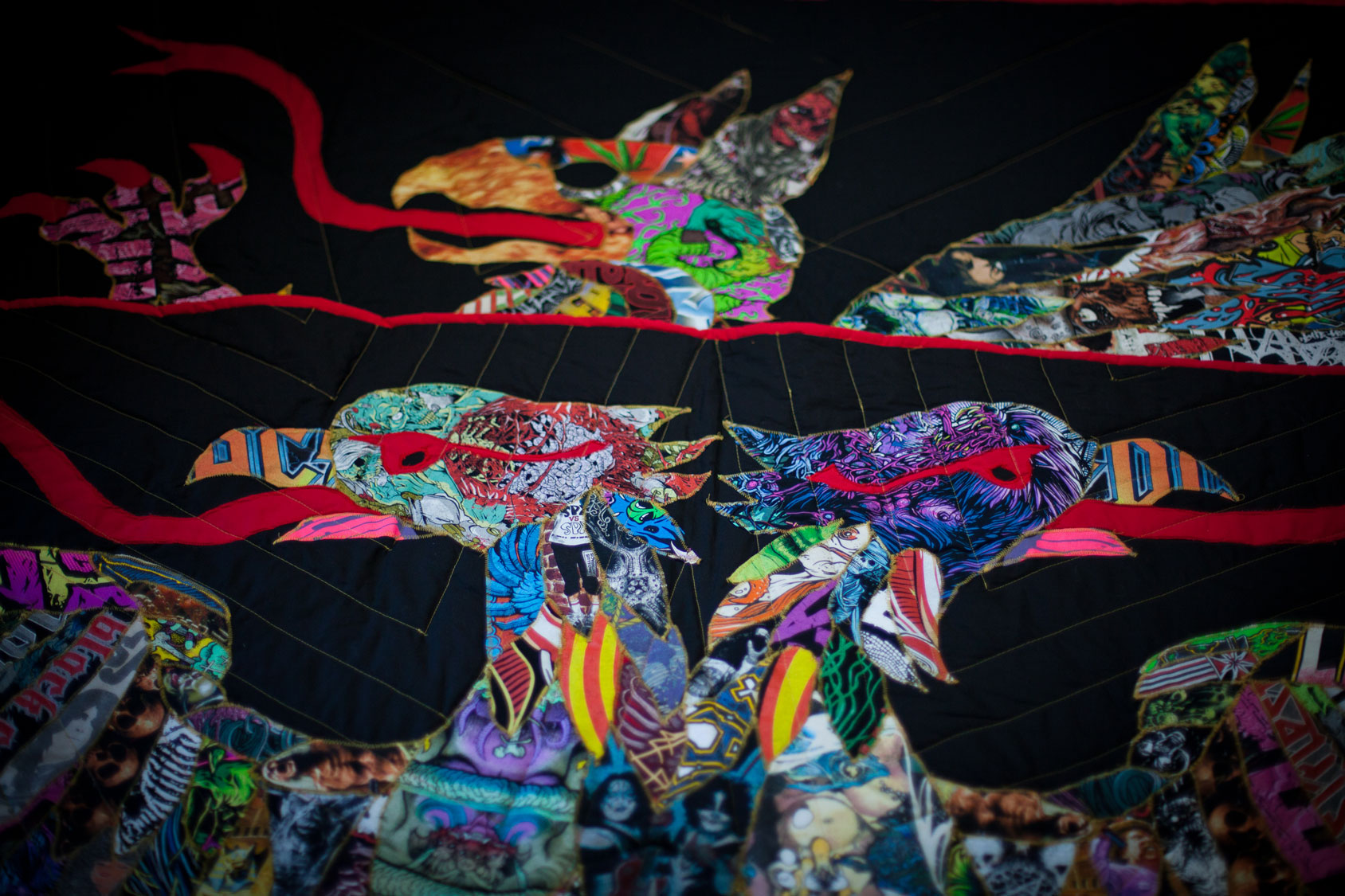 Though Ben started out using conventional mediums like screen-printing, he soon changed tack after seeing The Quilts of Gee’s Bend, an exhibition of geometric blankets sewn by the women of rural Alabama.

“It’s about taking these totally opposing mediums of quilting, which is a traditionally female craft, and combining it with heavy-metal music – that over-the-top mentality of ‘turn it up to 11!’ and the kind of machismo style where dudes are all tough yet, back in the late 1980s, kind of looked like women. 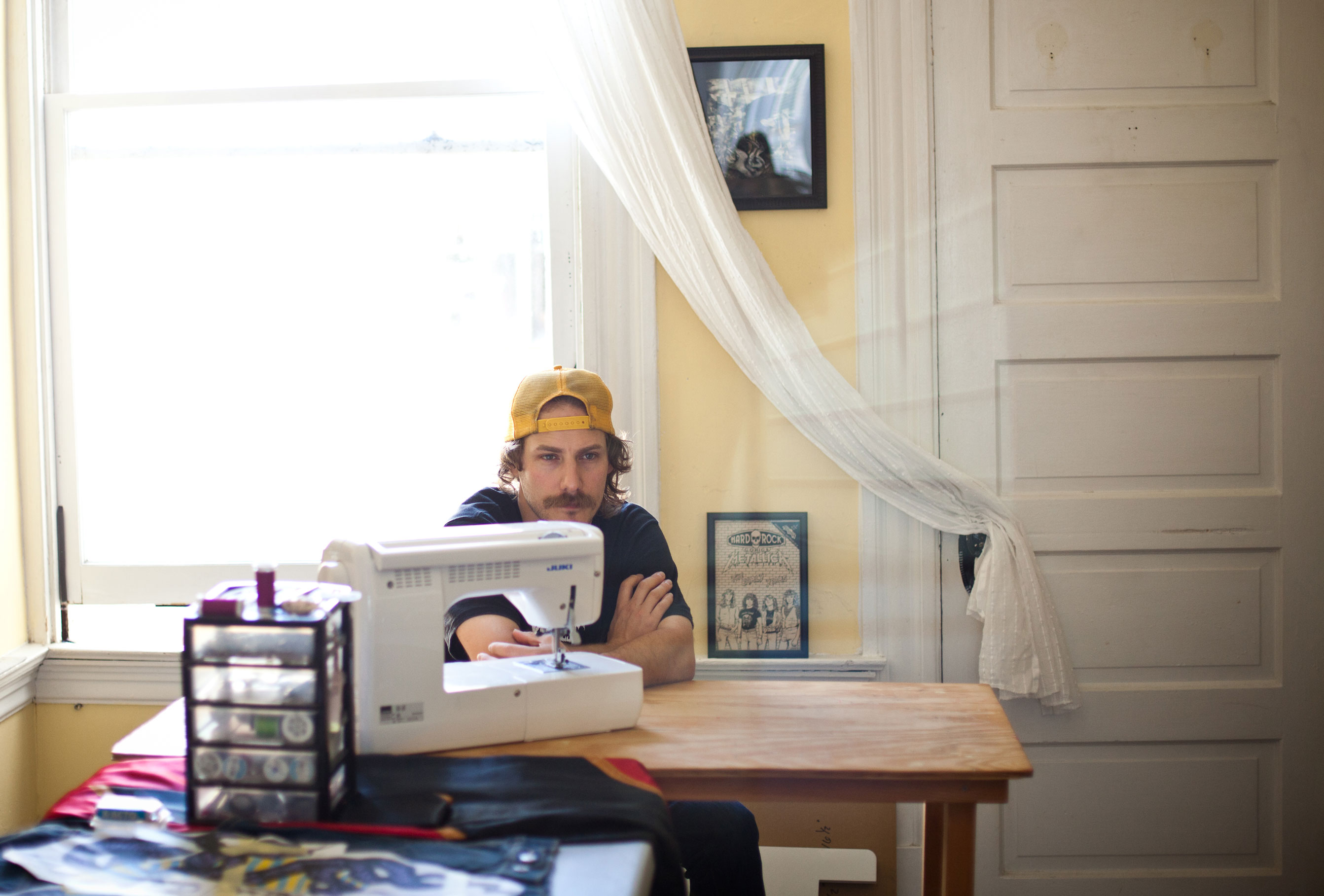 “There’s a kind of irony there. And I like that contradiction. I totally understand the extreme ridiculousness of heavy metal.”

Ben’s work may sit in a unique place, but he’s not the only heavy-metal fan keen to shake things up. All kinds of macho dudes, it seems, are keen to be a part of his patchwork world.

“It’s not just my own shirts that I’m collecting and quilting,” says Ben. “Other people’s friends and other bands are donating them, too. The work has become more of a community piece where it’s all of our shirts. It’s our quilt.

“And even though I may not be into a particular band, if my friend sent it to me and he’s a huge fan, I have to use it because it represents part of his life, too.” Shane Herrick. 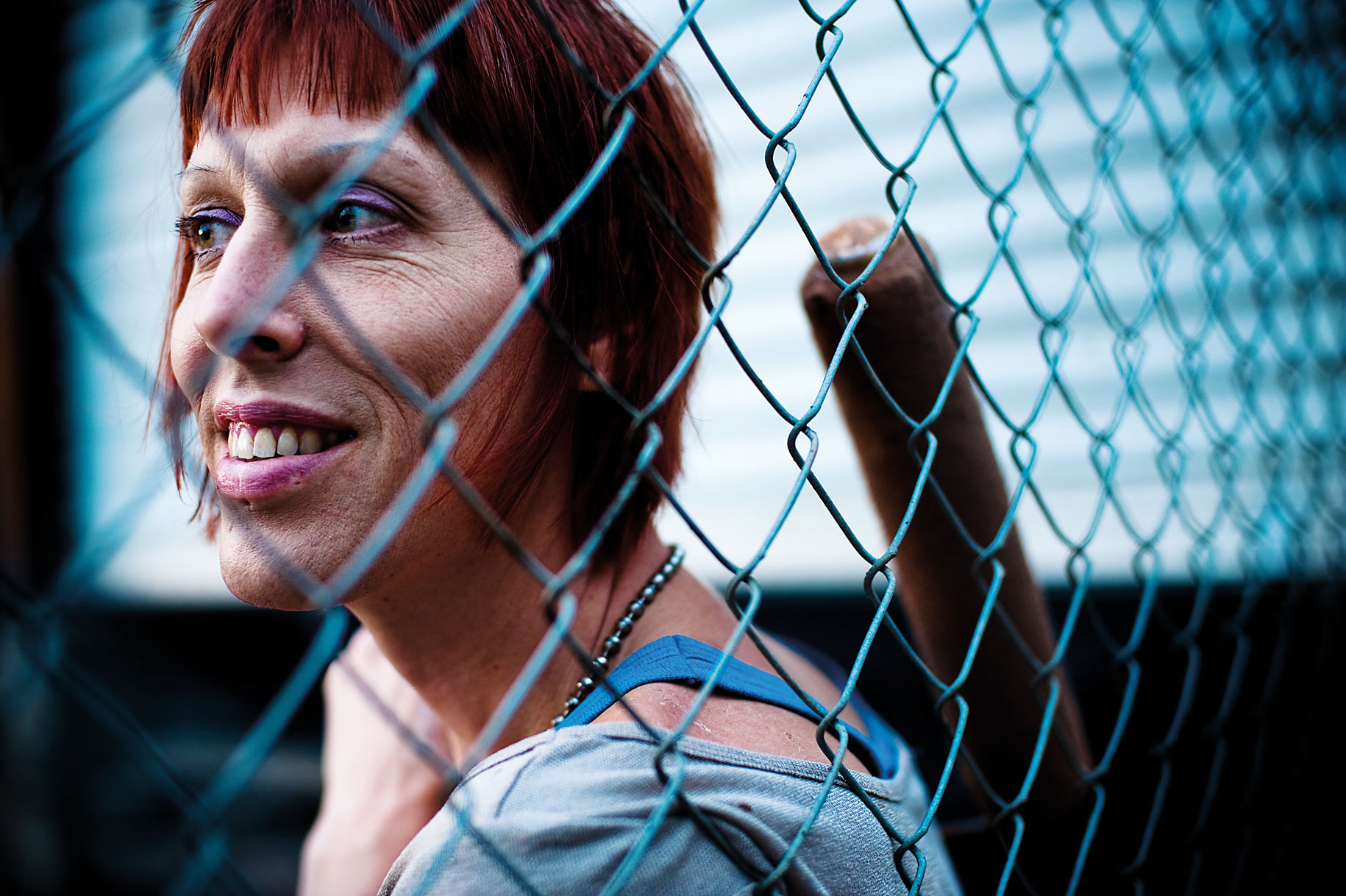 Lana Phenechka-Spahr doesn’t fit into a tick box. She was born a man. Now she’s a woman who’s married with a wife and runs her own construction company.

“I am just another woman with dreams and goals, getting up every morning, walking the dog, making breakfast with my wife, gardening, going to work, doing the laundry, running my business,” she says.

“My life doesn’t revolve around challenging perceptions; it’s about being myself, having love, being healthy, and being part of a community. These are the same things all people want. In this way I am just like everyone else.”

Ever the optimist, Lana believes society is becoming more open-minded, but her line of work can be tough.

“When I work with teams of other contractors, there is often resistance because not only am I a woman, I am a transgender woman,” she explains.

“Most of the resistance is from men who think I make no sense because I gave up living as a man, but continued to do a stereotypical ‘man’s job’. 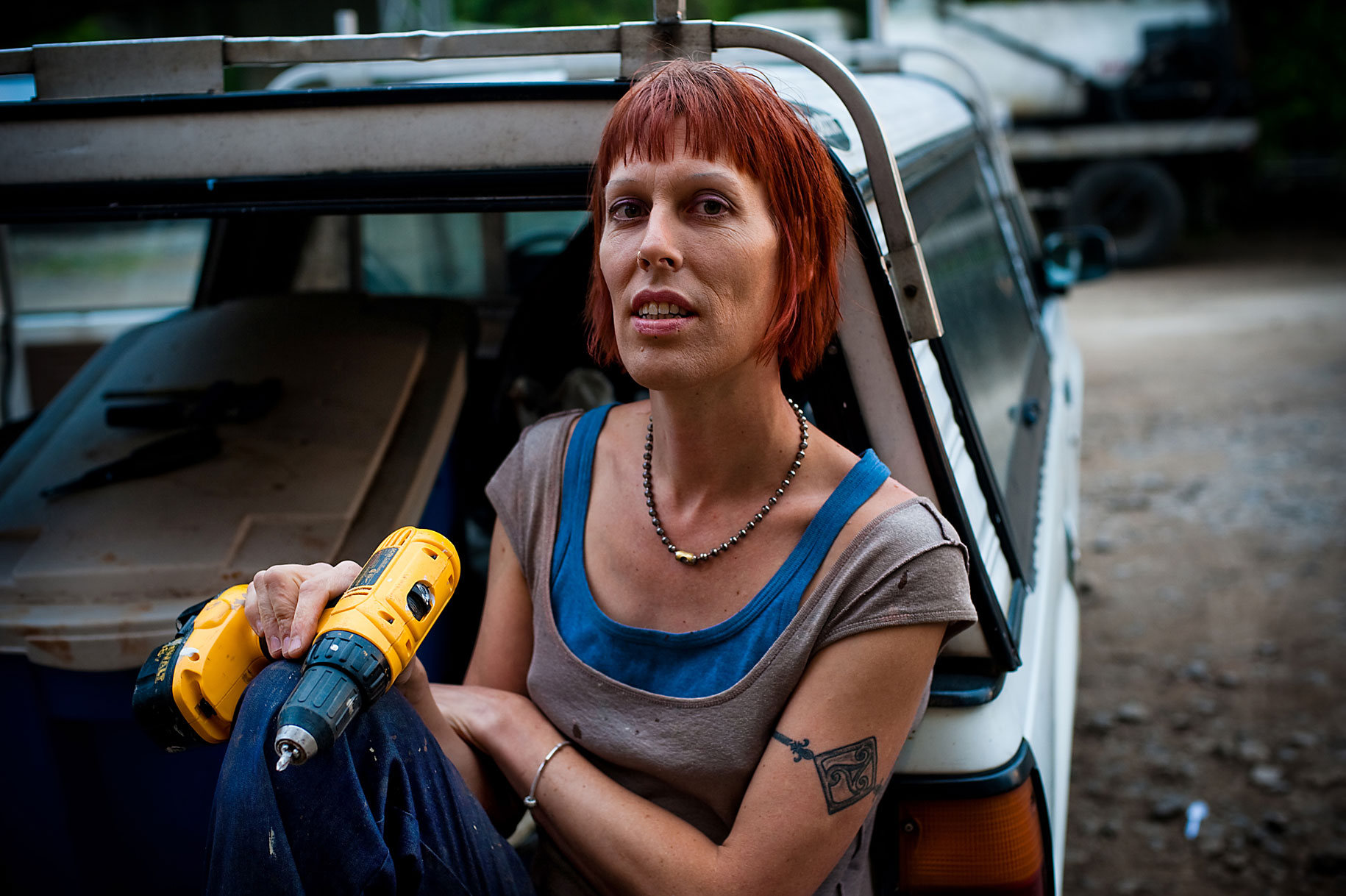 Here, she has found safe zones where she can comfortably express herself, and has met someone with a similar outlook to share her life with.

“Sarah, my wife, doesn’t believe in the typical binary gender system,” says Lana. “She believes she should be able to define herself in whatever ways she feels are authentic and meaningful to her, and so should men.”

So, is she hopeful that more people will come round to this way of thinking?

“I think preconceived notions relating to gender identity and race must be challenged and evaluated in order for people to live more whole, joyous lives.” Mike Belleme.

Linkedin
RELATED ARTICLES
OTHER ARTICLES
Social prescribing connects people with non-medical support to improve their health and wellbeing – but some experts worry it’s just a stick plaster solution.
Filmmaker Laura Poitras discusses her new documentary which traces the remarkable life of the artist-activist and the impact of her battle against the US opioid crisis.
A recent High Court ruling against the right to wild camp in Dartmoor National Park sparked the largest land protest in history – and campaigners say their fight is not over yet.
A new podcast is opening up the conversation between trans women and trans amorous men in the hope of building coalitions.
Tristan O’Neill’s shots of dancers caught in moments of reverie at the height of rave’s golden age are a testament to the UK’s legendary club culture.
After fleeing the war in Ukraine, people are finding it impossible to secure affordable and decent housing in the UK.