Art & Culture / Art / Why I shred: The creative power of destruction

Ever felt like tearing an idea to pieces? Artist Cara Mills feeds her imagination into a giant shredding machine, which spits it out in a pile of snowflakes – and helps liberates her creativity.

Ever felt like tearing an idea to pieces? London artist Cara Mills feeds her imagination into a giant shredding machine, which then spits it out in a pile of snowflakes. In this episode of Heightened Senses, a collaborative video series between Huck and Canvas, she shows us how thinking outside the box can liberate your creativity.

Cara Mills was staring down a deadline when a flash of inspiration struck. With her art degree at London’s Central Saint Martin’s coming to an end, pressure was building to let people see her work – the first significant opportunity for any young artist.

The only problem was that Cara’s imagination teemed with ideas. She’d dart between creative avenues: getting excited by some, growing bored with others, but never quite sure which one to pursue and which one to leave behind.

So instead of committing to one idea half-heartedly, she decided to make a work of art about the entire process: an artist’s journey between thinking and making. 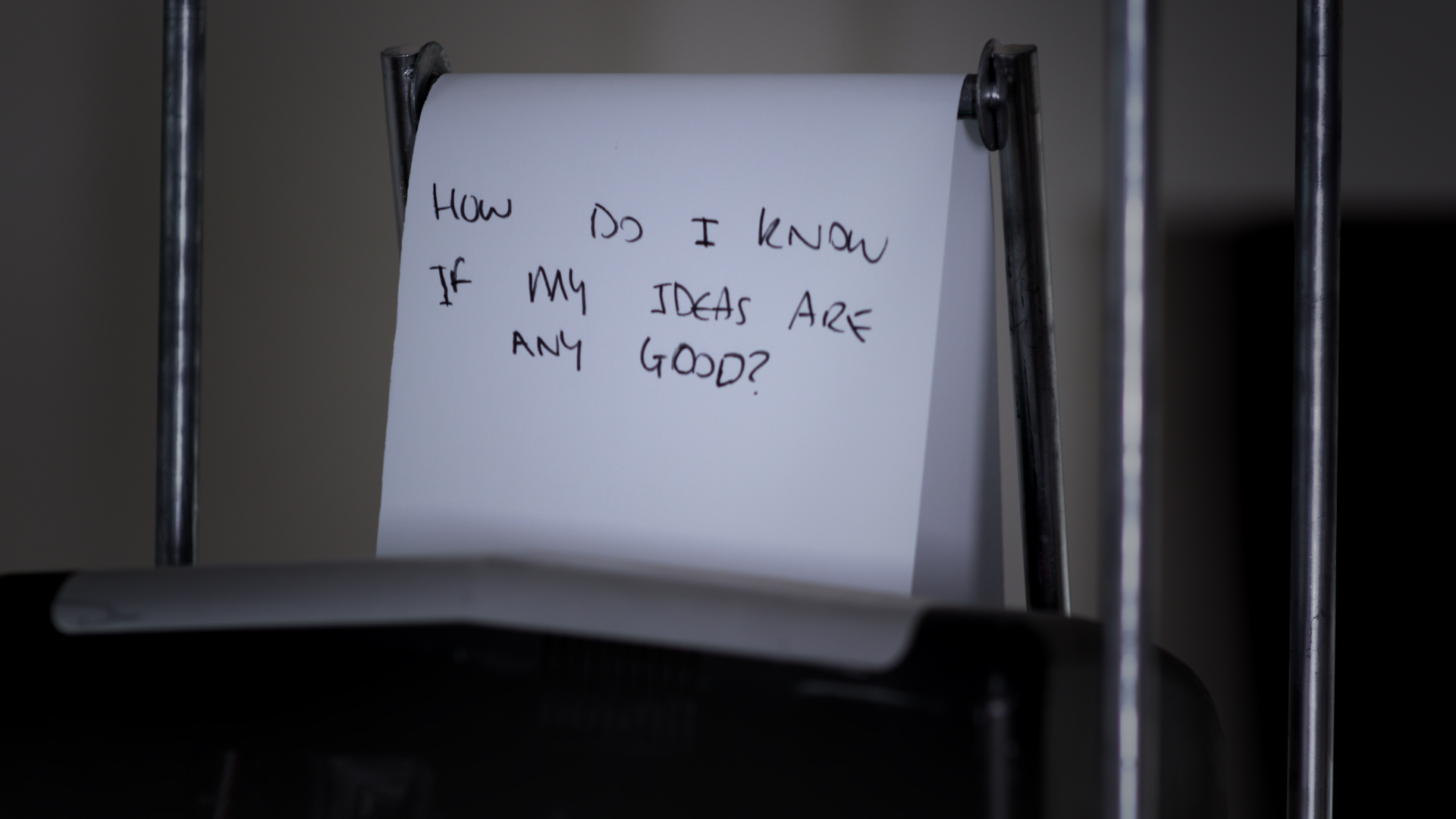 After documenting every idea she had, Cara fed them all into a giant machine which methodically rated and then shredded each one – spitting them out like a shower of snowflakes.

The five-foot pile of plans that amassed at her feet effectively democratised Cara’s creativity. Reduced to little pieces, all ideas had become equal: the good and the bad, the practical and the unfeasible, the polished and the incomplete.

“I feel like I’ve created an ecosystem where I’ve turned my digital ideas into something tangible, which are then put back onto the online platform for other artists to be inspired by,” says Cara. 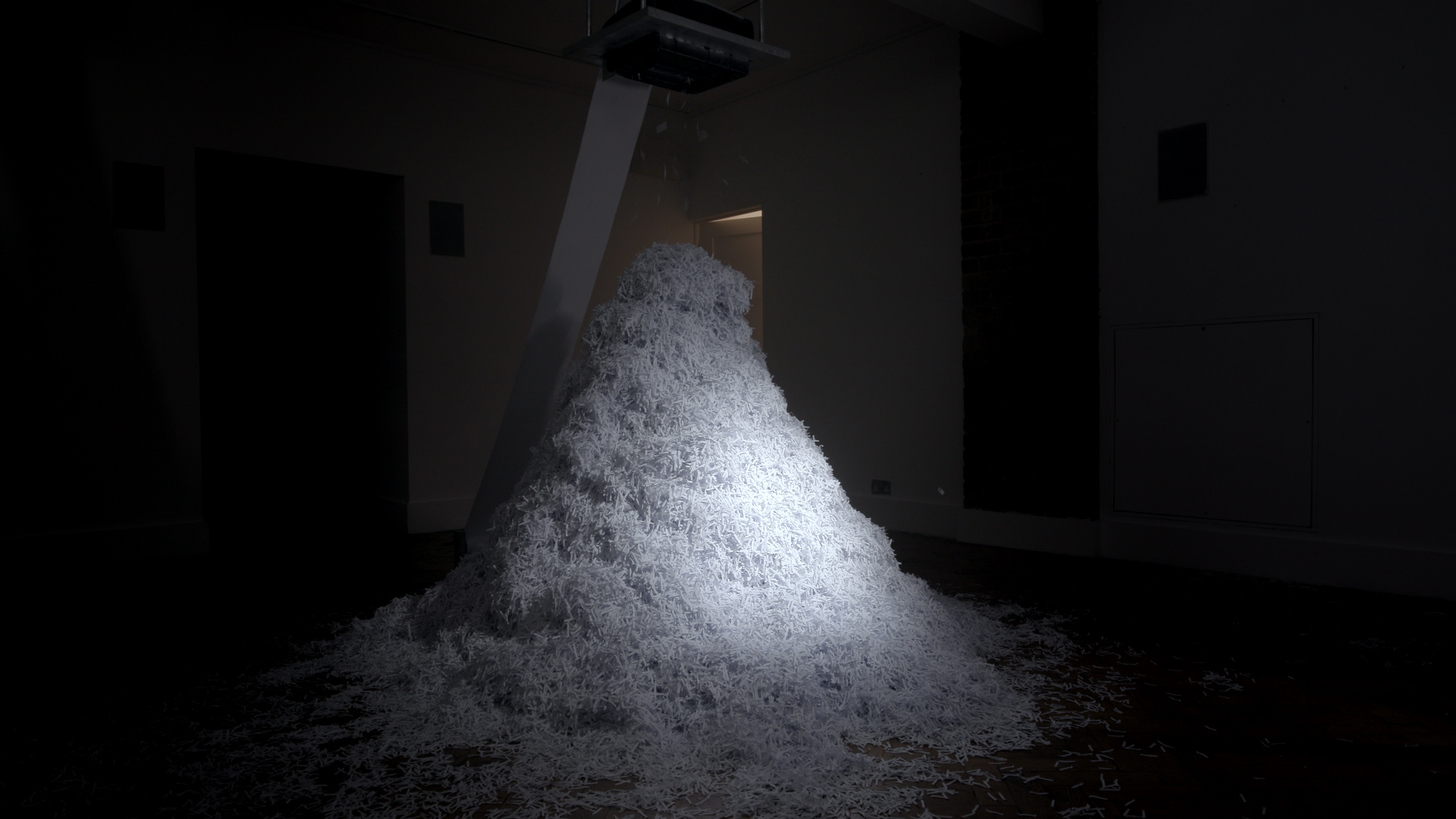 The shredding machine is a form of auto-destructive art: drawing from the concept that something can be destructive as well as creative.

At a time when our attention spans are being bombarded, when even a fertile imagination can feel overwhelmed or stumped, Cara’s work serves as a reminder that there are endless opportunities to hit the creative ‘reset’ button and start again.

Canvas is a channel funded by the Arts Council dedicated to inspire young people through the arts. Find out more.

Linkedin
RELATED ARTICLES
OTHER ARTICLES
A 37-year-old woman shares how her abortion led her to become a clinic worker, and the abuse she’s received in that role.
Ahead of the release of their first collaborative album, the producer and rapper talk psychedelics and the state of UK hip hop.
With skyrocketing rents, packed out viewings, bidding wars and more, renting in London has never been harder.
The two-day long event returned to London this year, showcasing a spectacular parade, steel bands and Caribbean food.
Rhiannon Adam spent three months capturing an ageing society wracked by division, isolation, and the aftermath of scandal.
Cindy Campbell recounts how her brother ushered in a new era of musical culture at a party she held in the Bronx in ‘70s.