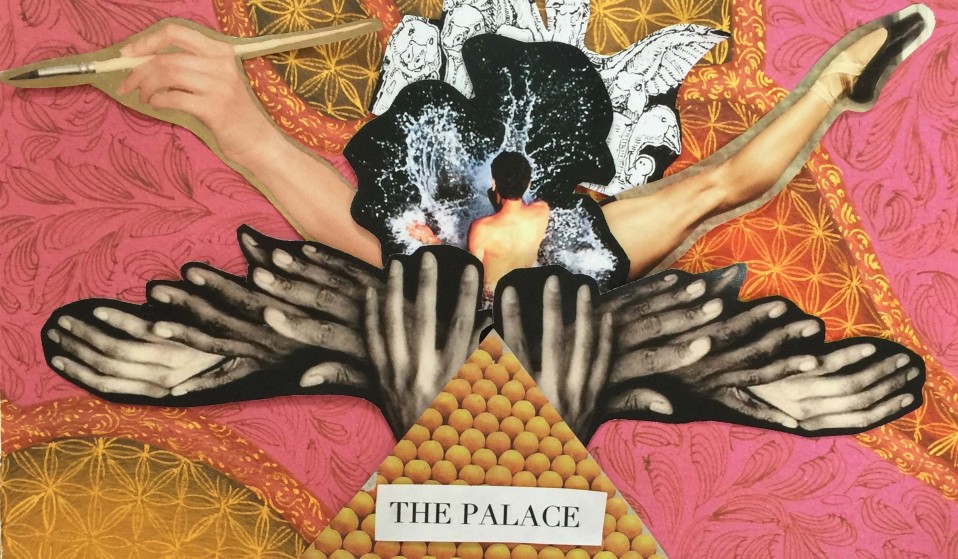 The Palace is a festival like no other: a petri dish for emerging artists, created by artists for artists in a Polish mansion.

The Palace is a festival like no other: a petri dish for emerging artists, created by artists for artists in a Polish mansion.

In a totally stagnated festival market, you have to bring something unique to the table if you want your idea to survive. The seemingly never-ending news of festival cancellations and collapses weren’t enough to put off the founders of The Palace.

Here’s the concept: 200 emerging artists from across Europe will descend on an opulent country house in Poland for one week. Attendees aren’t the passive consumers of entertainment, like at other festivals, but the creators of all the entertainment on offer.

The Palace is a non-profit festival founded by four friends who felt the limited opportunities available to young artists were insufficient to allow a talented new generation to emerge. While it’s a transitory happening, the founders hope the community born will live on long after the festival comes to an end, with the networks created blossoming into a wealth of new projects and opportunities for all the artists involved.

We reached out to Berlin-based artist Thea Hope to find out more about The Palace’s audacious plans to build a new creative community.

Could you talk us through the thought process or inspiration that lead to creating The Palace?
We’d organised a few smaller events, long weekends with friends which were always a party – lots of singing, bizarre fancy dress, communal cooking but also a lot of drunk conversations about debt, call centre jobs, unpaid internships and uncertainty of the future. People had been asking me to organise another and I thought we all love the party, but if we’re gonna go to all the organisational effort again, why not use it to our advantage to try and actually address the issues we often party to forget!

When I moved to Berlin I had planned to apply for a performance masters but found out I couldn’t because I didn’t have 15 minutes good quality film. I thought – does all my previous work now not count because I don’t have the right medium or platform to show it? Whether I could do the degree was not down to my skill but down to technical practicalities/formalities – how many people have the funds or access to a semi professional film crew? Surely many other artists must have had this problem too – so I started thinking about ways we could get around this. That’s why one of the key aspects of The Palace is having contributions professionally filmed and photographed. 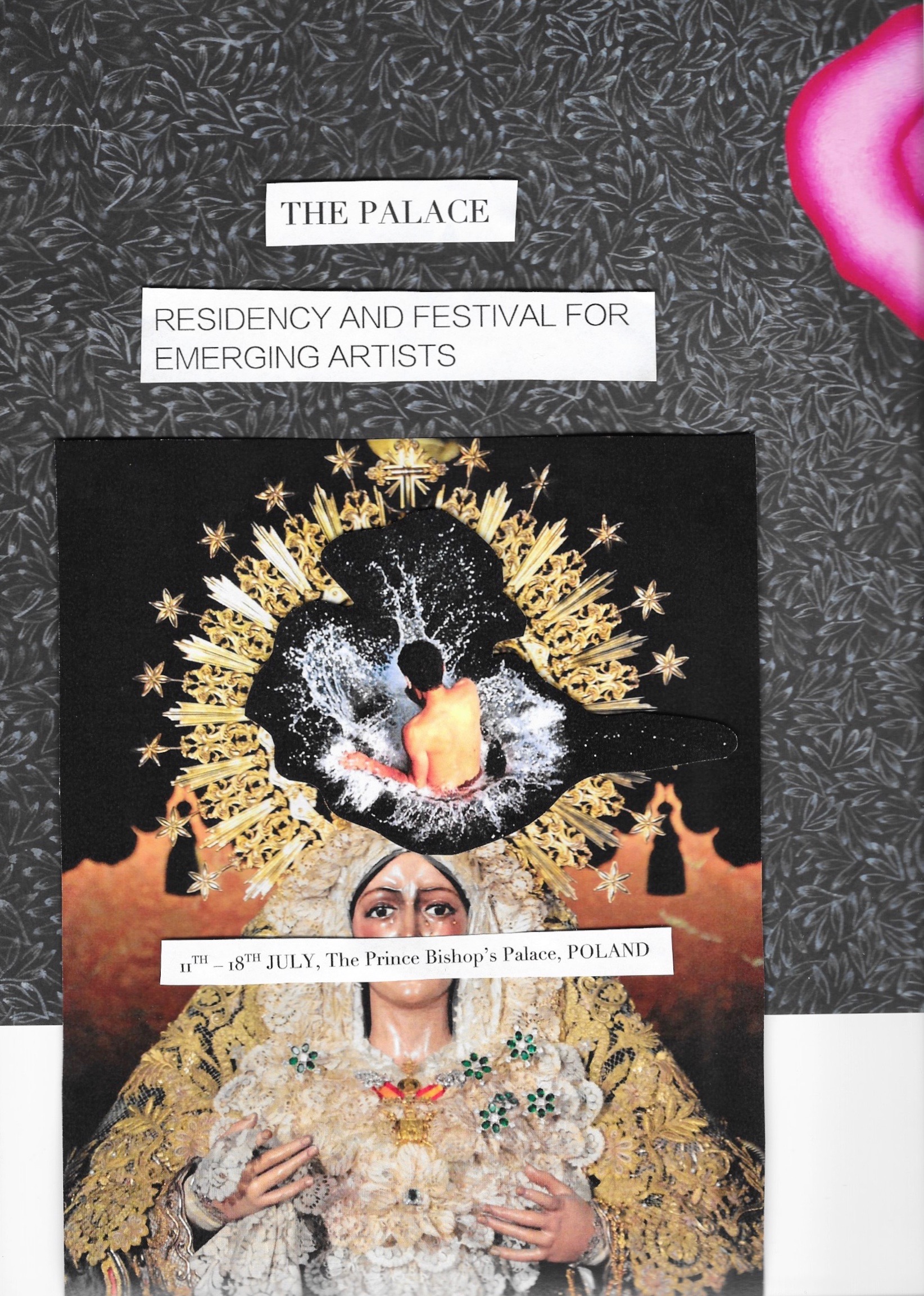 Why have you focused on emerging artists? Do you think emerging artists get enough opportunities – if not, why not? How do you hope to use Palace to change that?
We focused on emerging ‘artists’ because that is the demographic we are in but also because ‘emerging’ people in any career are often asked to make jumps that seem impossible, particularly when facing it alone or for the first time. It’s that classic Catch-22 story of only being able to get work experience if you already have the right experience. Those sort of professional demands don’t often leave room for much exploration or play. Instead we wait to hear back from job applications, for some form of verification, a ‘yes that works, no that doesn’t’. The Palace premise is instead, if we come together and pool our individual ability and experience, perhaps we can make something that gives us the credibility we previously looked to be given by others. In that way The Palace is about helping transform skill into professional opportunity and recognition.

Emerging artists are given opportunities, but more often than not it’s under strict terms – you must fit a category, adapt to suit specific client needs, then there’s the competition, and the minimal pay or lack of – which I think limits the freedom to really create. We want to create a platform for opportunity that does not judge or restrict, and in doing so hopefully generate truly original and inspiring work. I guess its all part of the artists’ struggle but if we are all going through it why not help each other out! 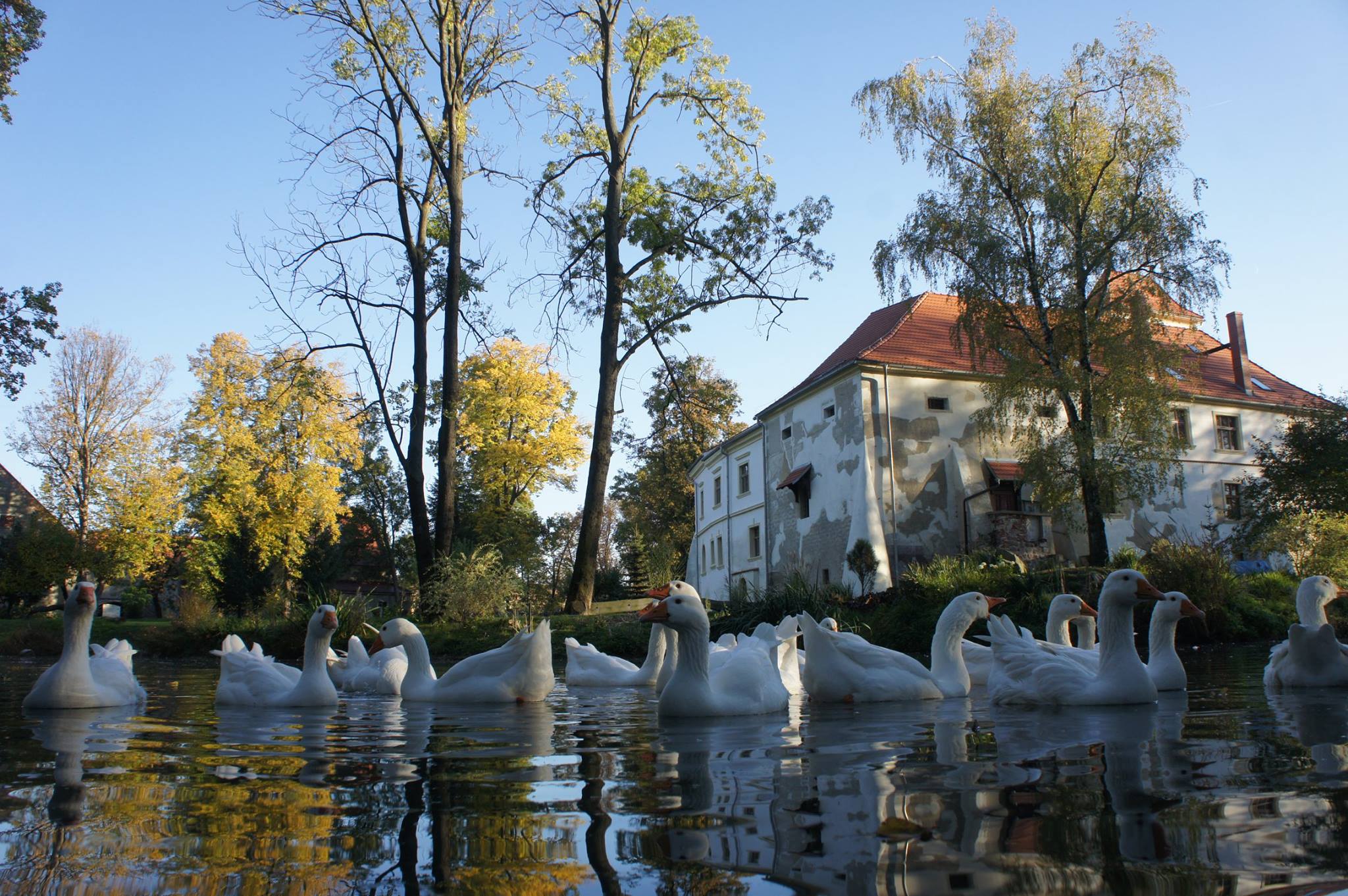 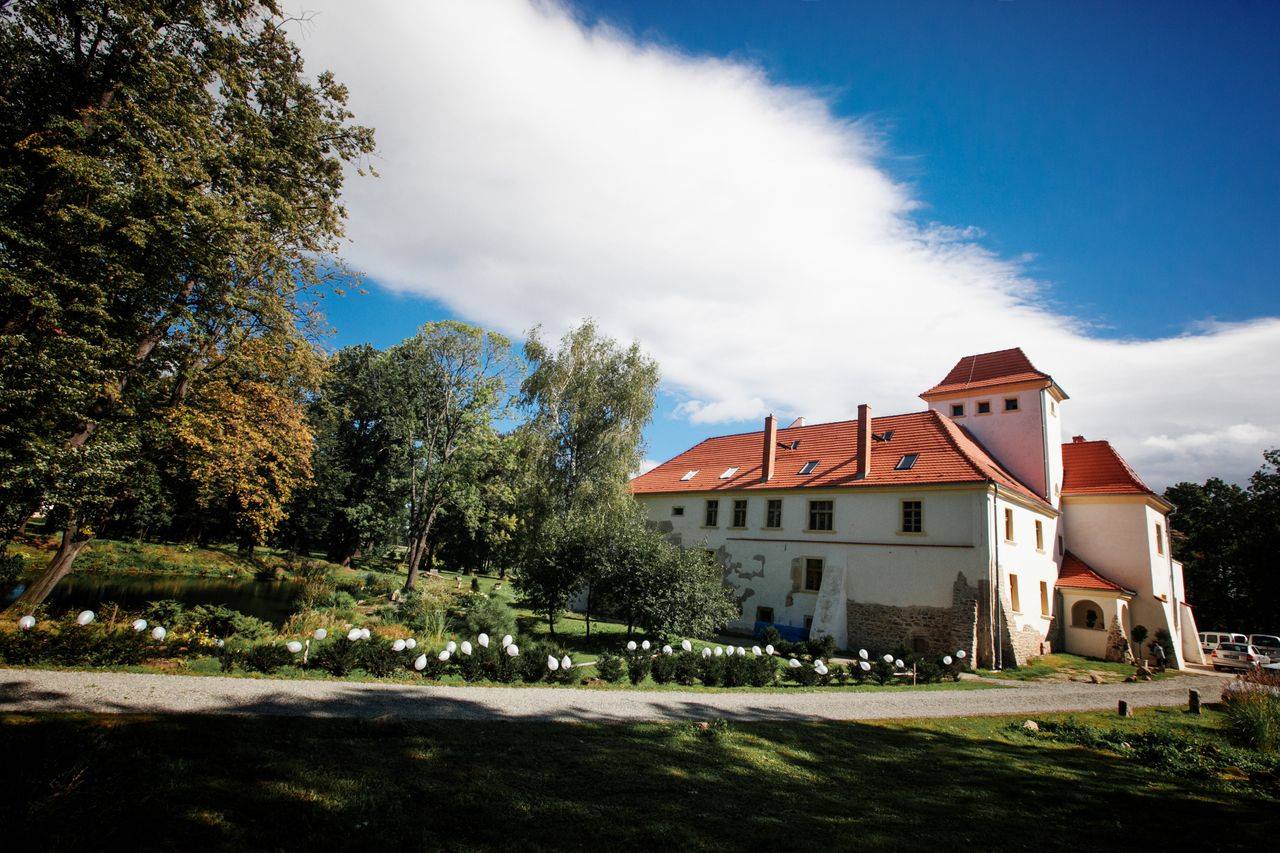 With news of so many festivals dying, what makes you think The Palace can survive?
What makes The Palace different is it’s fundamentally about community and building intimate, personal relationships. If we were to grow, we would loose that. So I guess inherently we are non- profit/non-capitalist – which I feel is very different from what motivates a lot of festivals. Unfortunately a byproduct of that is it becomes exclusive, tickets are very limited and unfortunately we can’t open the opportunity to everyone. But that is something that will hopefully keep us going in competition with other festivals – limited supply creating demand and all that.

Are there any other festivals or events you’ve taken inspiration from?
It’s the conversation and people you meet that really make a great event – coming from a creative background, studying in Brighton, we’ve never been short of that. I think our inspiration came very organically from the people around us – not other festivals we have been to. The Palace does share a similar concept to Burning Man, in that everyone must contribute to the community – but I think that was driven more by the abundance of ability we found around us and figuring our what to do with it, rather than aiming to incorporate that concept. 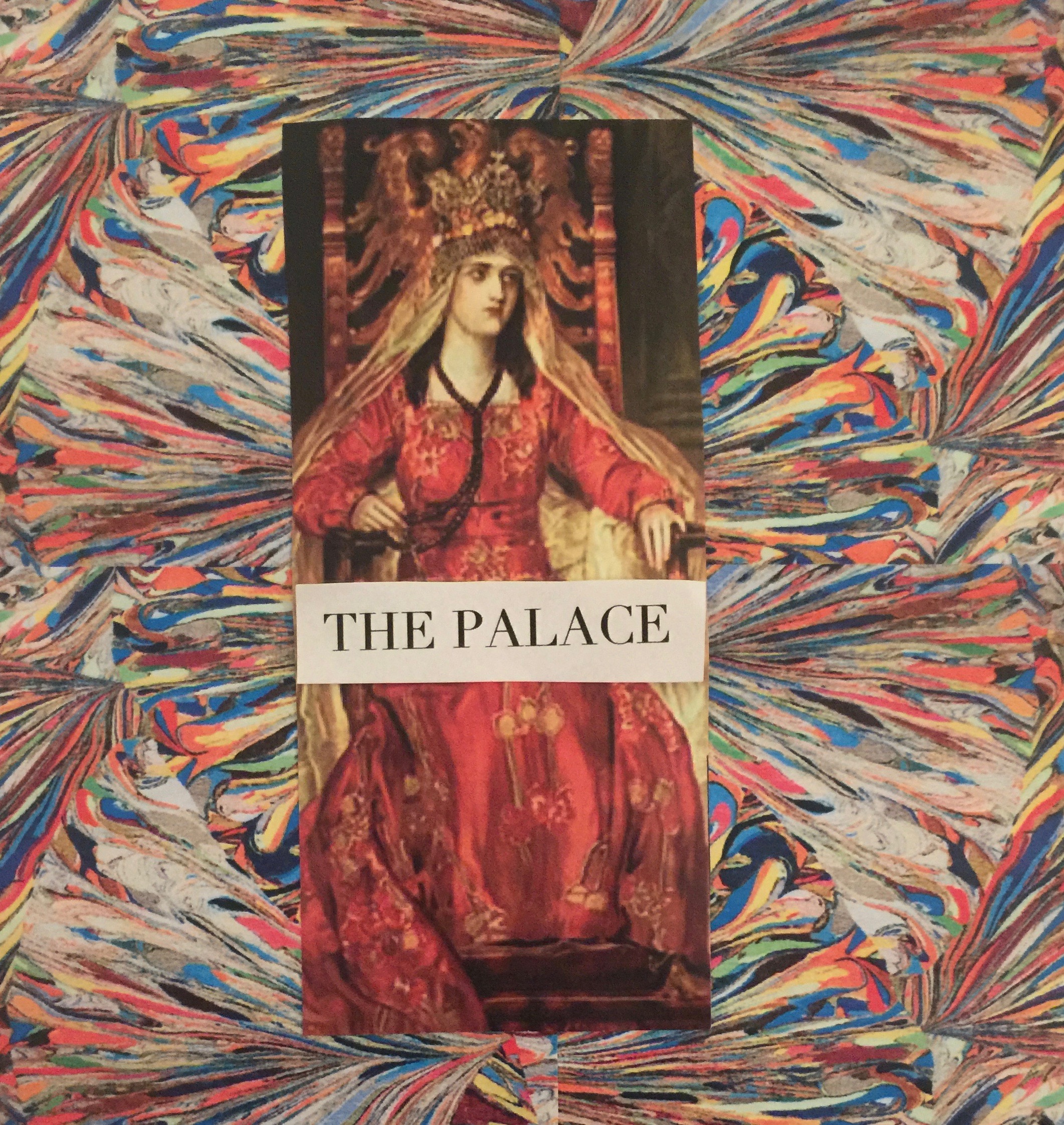 What do you hope artists get from their experience at The Palace?
I hope artists get a lift that carries them a little bit further, that genuinely inspires or pushes them in directions they would not otherwise have considered. I also want to encourage a fearlessness to be inquisitive and playful, to not take yourself or your work to seriously but to be open to trying things out. I hope also it gives them genuine connections to draw on in future, through people, skills or tools. 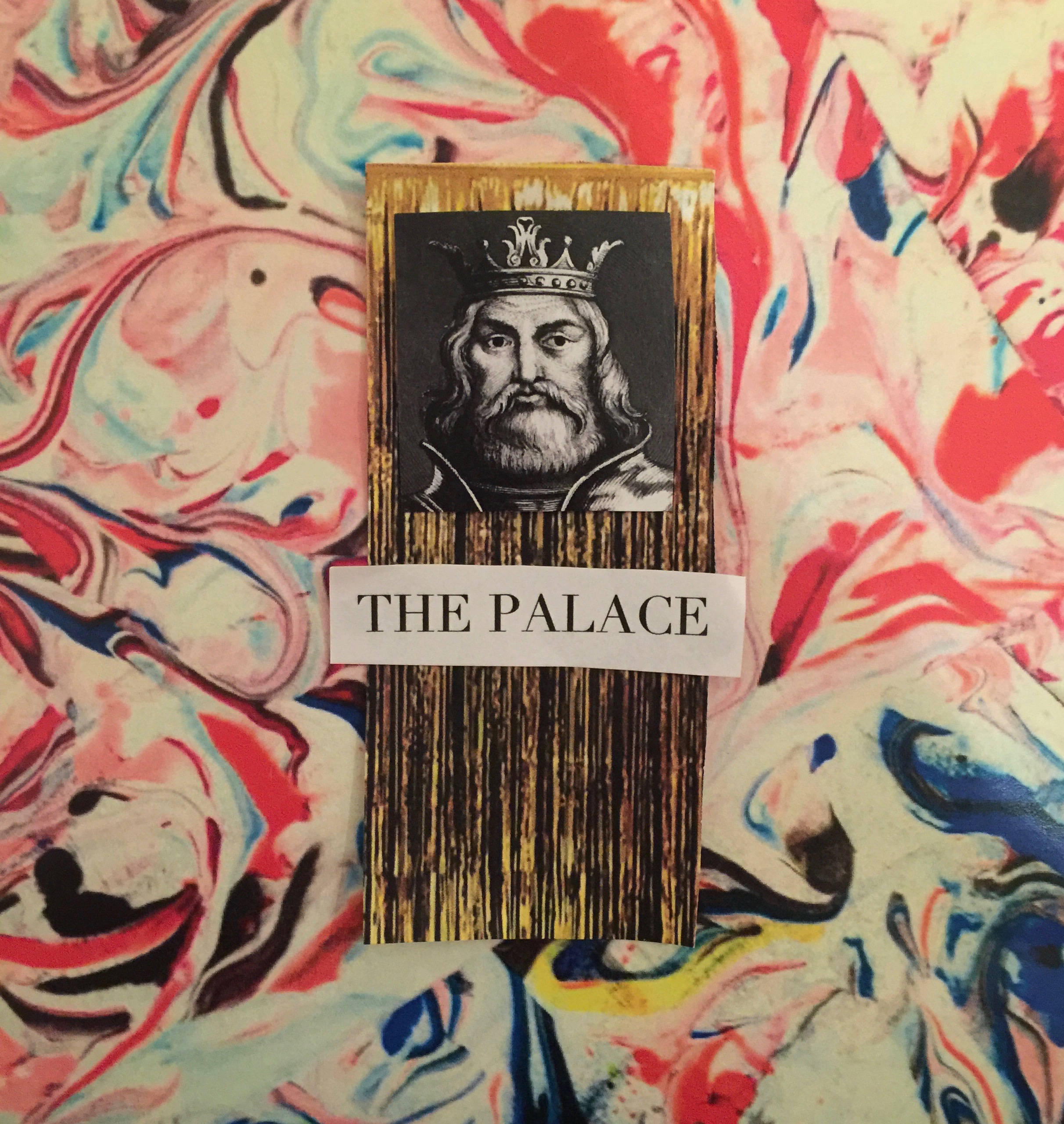 How would you like the festival or the family that grows out of it to develop over the coming years?
I would like it to continue as organically and communally as it has so far – listening to what comes your way and working with it is key to success in my opinion – it will be completely down to the people, what they bring to the community and what they want to create through it. I have complete faith in what The Palace can achieve if we stay true to that. I also have ambition for the Palace to become well recognised in wider creative circles, to build relationships with other creative organisations – as that will be key in what sort of opportunities we can offer in future. My dream is of something infamous, yet illusive, progressive and high achieving yet utterly mad and eccentric spinning round a psychedelic dancefloor.

Find out more about The Palace and support the Indiegogo campaign to help make the festival happen.

Linkedin
OTHER ARTICLES
The government’s brutal crackdown on NGOs has left victims of rape without anywhere to seek help. And now, as the country plays a key role is Russia’s war, things are only getting worse.
As the Criminal Bar Association enters its fifth week of action, criminal barrister Russel Fraser explains why the legal professionals have walked out and how action is likely to escalate.
A series of photos by the late Jerry Dantzic taken in 1957 show a tender side to the iconic Jazz musician.
From the chip shops, to the bingo parlors and burlesque dancers, photographer Mike Coles remembers capturing scenes of holidaymakers by the English coast.
The author discusses her new memoir, which offers a sobering reflection on the racism and otherness she’s experienced along with a joyful celebration of her culinary heritage.
A new series of photos by Johny Pitts shines a light on communities and subcultures that have all too often been overlooked.