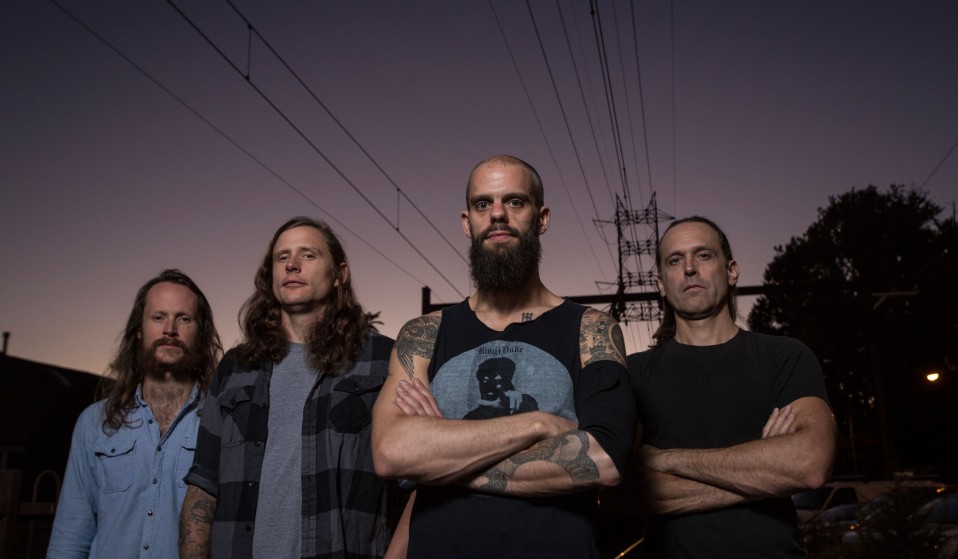 An accident halted the rise of Savannah’s most ambitious metal band, splitting them apart. But the catharsis of getting back on the road keeps them sane.

An accident halted the rise of Savannah’s most ambitious metal band, splitting them apart. But, as frontman John Dyer Baizley explains, the catharsis of getting back on the road keeps them sane.

The Baroness tour bus had just passed through the British city of Bath when it lost control. The brakes failed, sending it careening down a steep hill before crashing through a guardrail. The cluster of trees in its path snapped like twigs against the windshield.

Guitarist Pete Adams recalls peeking out of his bunk and seeing the vehicle about to launch off a viaduct. He ducked his head back in, rolled over and simply whispered, “It’s been real.” John Dyer Baizley, the metal band’s frontman, remembers locking eyes with the driver in resignation as they became airborne.

The bus crashed 30 feet below, sending Baizley through the glass, breaking his leg and damaging an arm so badly that it was almost amputated. 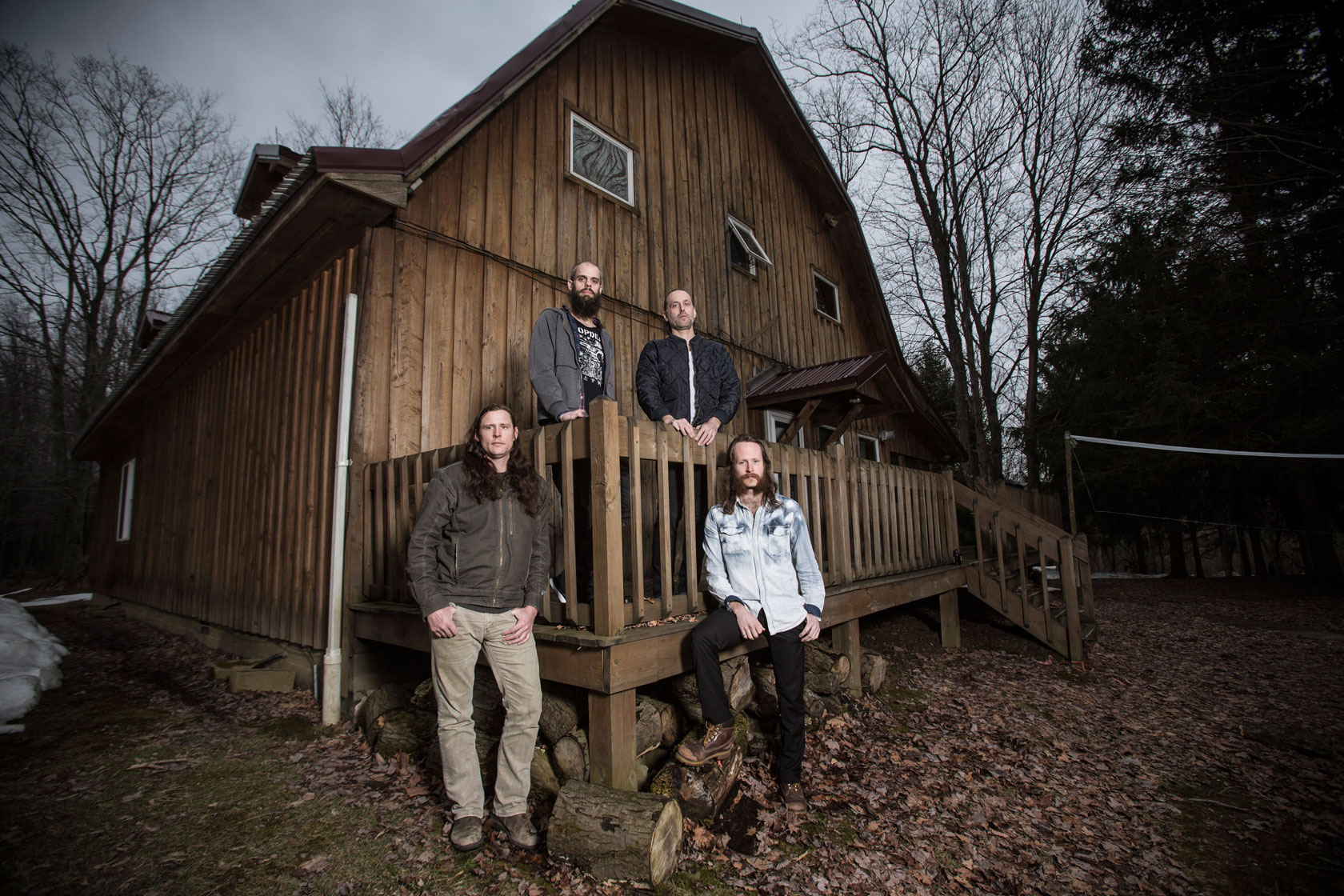 That sort of setback would have ended most bands – and for half of Baroness, it did have that effect. Drummer Allen Blickle and bassist Matt Maggioni, who both suffered fractured vertebrae, chose not to continue.

But something in the other two members couldn’t hold them back – they returned to the road with a new lineup less than half a year later, in 2013. Adams, an Iraq war veteran who was awarded a Purple Heart medal, had been through worse. Baizley, on the other hand, has an extraordinary resilience of his own.

It becomes immediately apparent when we meet in a dark, dank little room backstage at London’s KOKO, where Baroness (who are from Savannah, Georgia) are performing in support of their acclaimed fourth album Purple.

The place resembles an interrogation cell and, for a moment, getting him to revisit that trauma feels like it might be a probe too far. Wrapped up in a beanie, keffiyeh and puffa jacket, there’s something about Baizley that seems charged, his eyes exuding an intense focus. But what comes out is disarmingly open and eloquent. 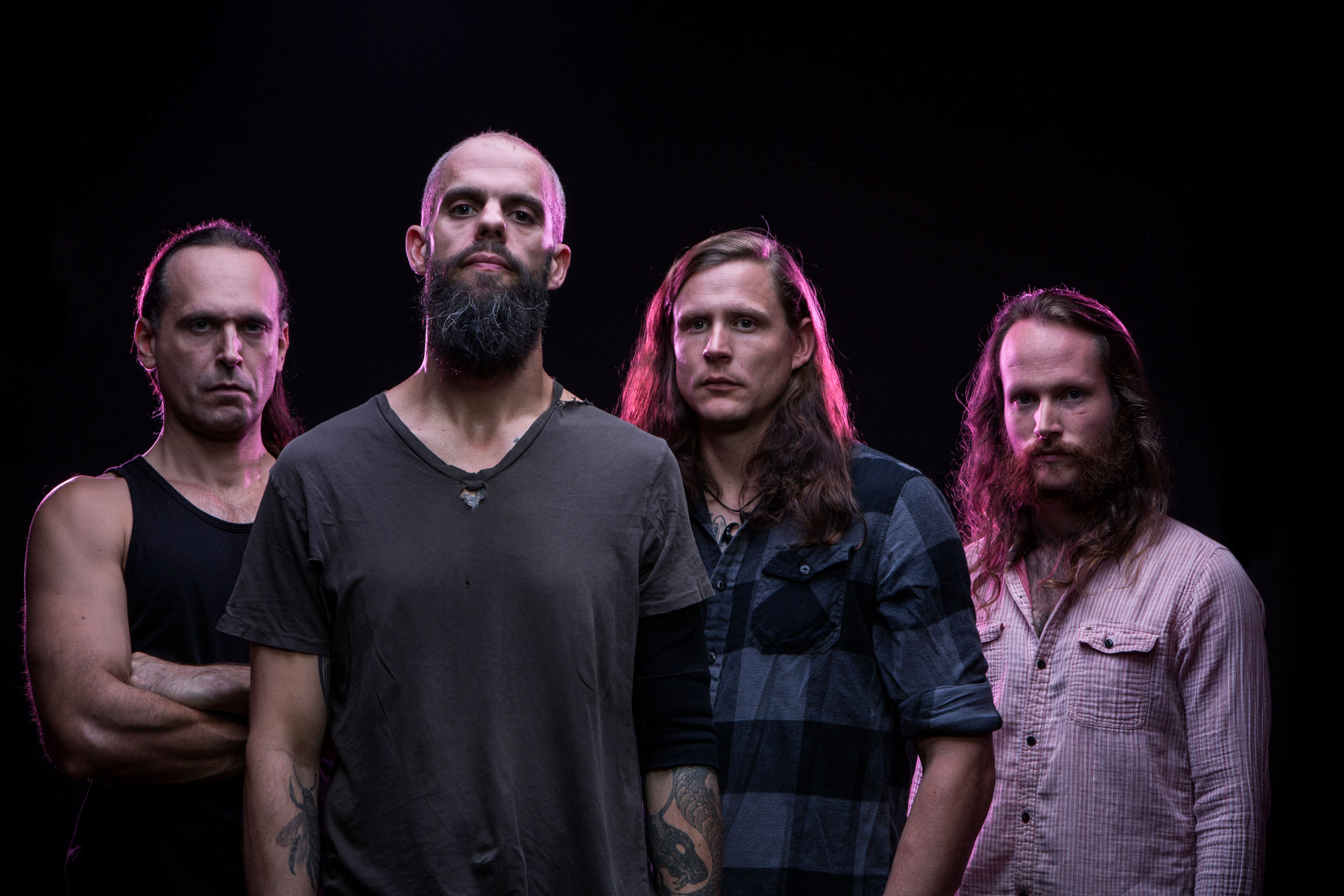 I’m kind of in awe of how you’ve kept it all together, given what you’ve been through. How do you get to this point without having PTSD?
Heh… doing this is therapy for me. When I was younger, it was more cathartic. But it still offered me a place where my frustrations and anxieties could be vented in a constructive way. I mean that’s what music and concerts are for: a place where people can come together and sort of celebrate anguish.

What better topic is there for songwriting? Show me a major artist who hasn’t written a song that deals with, in some format, loss, heartache, stress, anxiety, fear, doubt or disillusionment. It’s the negative things in life that we musicians take and try to put our filter on.

In the case of Baroness, we try to take what happened to us and turn it into something worth celebrating. As in: ‘Here we are, physically slightly worse for wear, but this is keeping the band whole.’ I think I’d be worse without it. We’re releasing some creative tension and that keeps me sane.

In the initial period after the crash, were there any words shared with you that felt particularly helpful?
I was in the hospital bed and things were very grim for me. We were talking about surgical procedures that would’ve undoubtedly halted this band. I was in a strange headspace. Pete called me up and was just like, ‘We’ve got this.’

I didn’t doubt whether or not we’d continue… but there wasn’t anybody [else] near me saying that. Several others basically offered the simplest wisdom they could, which was: ‘It literally can’t get worse than this. It’s all uphill from here. You can do it.’ This band is certainly not one to shy away from a challenge. We’re not one to suffer injury and say, ‘Okay, let’s pack our bags and call it quits.’ Because that was a very good opportunity to do so. 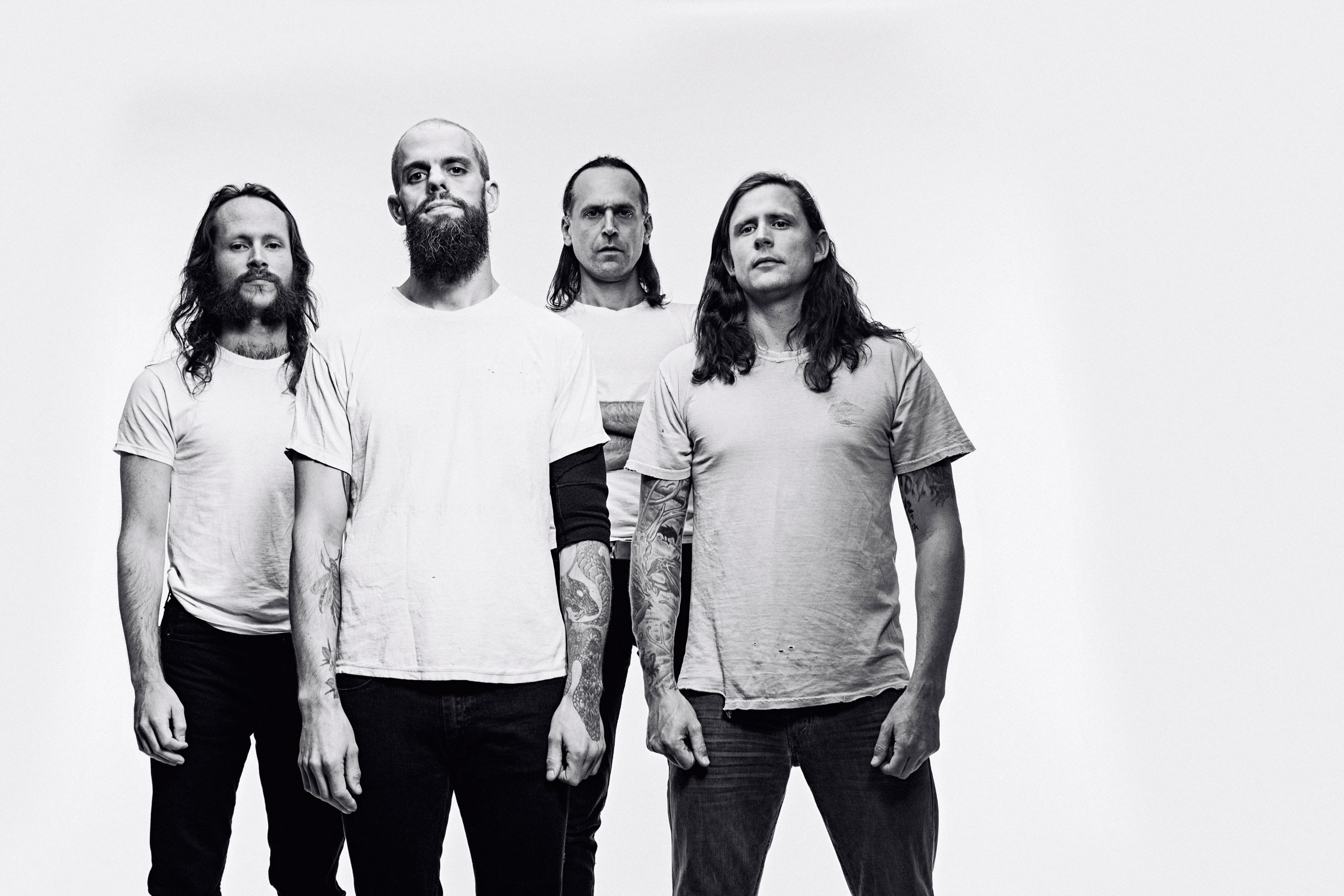 Do you buy into the idea that you have to have a bit of struggle and conflict going on in your life to create something worthwhile?
I don’t know if I buy into it as much as we’ve lived in that reality for 14 years. There’s never been a year that’s gone by without offering some sort of challenge. We never really had it easy. But the growth of this band has been a slow and steady climb upwards. There are two huge fears as a musician. One is that nobody wants to hear you.

The other, equally, is that everyone wants to hear you and so what are you going to do if success occurs on a large scale? Are you going to be capable of handling the pressure? I read an article where a musician I respect elaborated on his five ways to remain interested in your band after a decade.

The number one thing was ‘Don’t write a hit’. If you don’t write a hit, then you don’t have that one three-and-a-half minute segment of music that every other song is judged by. That might be a little odd to say, but I think we’d rather be known for the spectrum of our music as opposed to one thing in particular.

But if you stumbled onto something special – a potential hit – you’re not going to sit on that.
No, I’m not saying you do. I’m saying there’s always this lurking fear that the success could get out of control and that you’d be caught up in a whirlwind. There are countless examples of musicians who just couldn’t carry the burden of success. We’re 14 years into this. If we were going to be affected by it, we would have been affected by it now.

We have seen our audience grow, change, move around. It hasn’t really got to our heads. There’s still a little bit of nervous energy to get on stage and play. When mistakes are made – and many are – it’s all about how much dignity, poise or confidence you circumnavigate those ‘mistakes’ with.

I read that you actually sleep better on tour buses. A lot of people in your position would’ve had difficulty with that association. How did you overcome it?
I just love what I do. It’s been a very positive force in my life. It comes at a huge cost emotionally, socially and physically… but the reward that I get from playing music, the release that offers – and then some of the auxiliary benefits like travelling – they outweigh all the downsides or hang-ups.

Find out more about Baroness on their official website. Purple is out on Abraxan Hymns/Warner Music.

For more stories of battling fears and insecurities, check out  Huck 55 – The Freaked Out Issue. Buy it in the Huck Shop now or subscribe to make sure you never miss another issue.

Linkedin
RELATED ARTICLES
OTHER ARTICLES
The photographer describes taking inspiration from Magnum photographers to craft an intimate and revealing portrait of the city.
Recent research is highlighting the drug’s enormous potential for treating substance abuse.
A new documentary tells the story of an unassuming cul-de-sac of 13 timber framed houses built by Fusions Jameen – London's first Black housing co-op.
Layna, Maysa and Amaya are three siblings looking to disrupt narratives around the sport. In doing so, they’re hoping to inspire a new generation of skateboarders.
Through stills, anecdotes and film criticism, a new book examines the portrayal of women’s destructive emotions, reframing it as a challenge to patriarchal structures.
Jack Lueders-Booth reflects on capturing the community that lived and worked along the city’s busiest railway route during the 1980s.