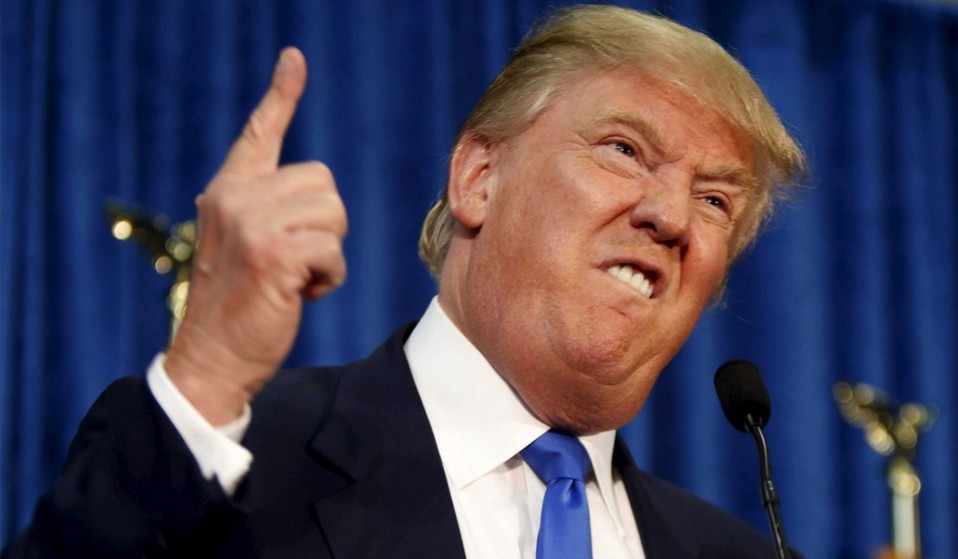 The blonde grope-monster is one step closer to getting his hands on the big red nuke button. Here’s how our family of artists, countercultural figures and activists reacted.

The blonde grope-monster is one step closer to getting his hands on the big red nuke button. Here’s how our family of artists, countercultural figures and activists reacted.

Fuck… it actually happened!? After waging a campaign fuelled by racism, sexism and lies, Donald Trump has seized victory in by far the most divisive and depressing US election in history. No amount of scandal, Putin-worshipping or pussy grabbing could halt The Donald’s triumphant march on the White House.

Naturally, people are pretty pissed. So, we looked to the artists, activists and countercultural figures who make up Huck’s world, for their reflections to help us through these dark times.

We won't always agree. But we have to work to disagree without tearing each other down. There's too much at stake. We need each other.

This isn't an episode. This isn't marketing. This is reality.

Some voters will be sad he didn't ride in on a horse, firing a gun with one hand & squeezing a well wishers boob with the other #trumpspeech

Watching all this in Australia, the land that gave the world Mad Max. Seems fitting.

"Fam I was just trolling the whole time…" pic.twitter.com/aTjoKeMCdu

This is how the millennials voted. Hoping this means the next generation will turn this planet around pic.twitter.com/TZrUv4LEbz

It sucks. We're all doomed! But, a part of me is not surprised. 2016 you have been such a great year! #ElectionResults

fuck trump fuck this country. stand with ur marginalized friends. keep them safe. amplify their voices. this is not a fucking drill anymore.

i see the same beautiful kid going to school every morning. today she isnt wearing her usual hijab. can u feel this.

I feel sorry for Michelle Obama. Now she has to write Melania Trump's victory speech. #ElectionNight

TRUMP IS NOT MY PRESIDENT.

TRUMP WILL NOT BREAK ME AS A PERSON.

Shout out to those who don their turban or hijab today. I'm rockin mine unapologetically and with pride. Hope you are too. #OnNovember9 pic.twitter.com/ca21dCm5OJ

I've never been so dissapointed in our country. This is appalling. I have nothing to say to the people who are about to take my rights away.

If Trump can seriously win the PRESIDENCY OF THIS NATION, I don't want to see a job description with "experience required" ever again

History does not lie. Racism does not die. It just simply hides, evolves, and waits to rise again in a new form tougher to destroy.

If you are black or gay or Jewish or Muslim or Latino or an immigrant you now know exactly what this country thinks of you. Don't forget it.

Linkedin
RELATED ARTICLES
OTHER ARTICLES
A new film from Berghaus traces the story of Adam Raja, who left behind a turbulent upbringing to discover the healing power of climbing.
Following the release of his debut single, Deyaz talks battling addiction, dealing with his struggles through music, and building a budding music career from his living room.
At his West Bank restaurant, Fadi Kattan established himself as the voice of modern Palestinian cuisine. Now, he’s bringing his innovative, bold flavours to the UK’s capital.
Theo McInnes’s photos of the annual event provide an intriguing snapshot of contemporary Britain.
A new exhibitions brings together the work of photographers who documented the deep unrest of these pivotal decades.
Photographer Becky Tyrell went down to the fading banger and stock raceway to meet a community desperate to keep it alive.