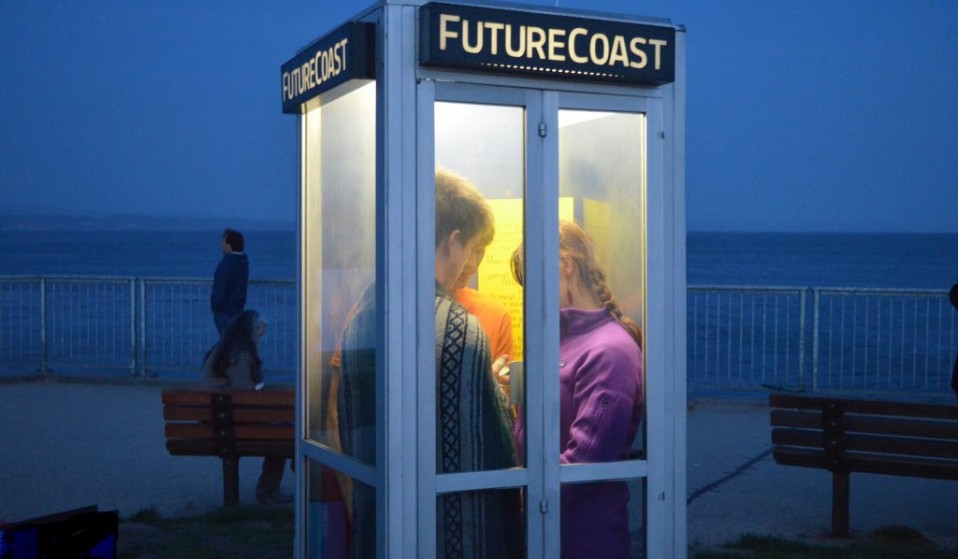 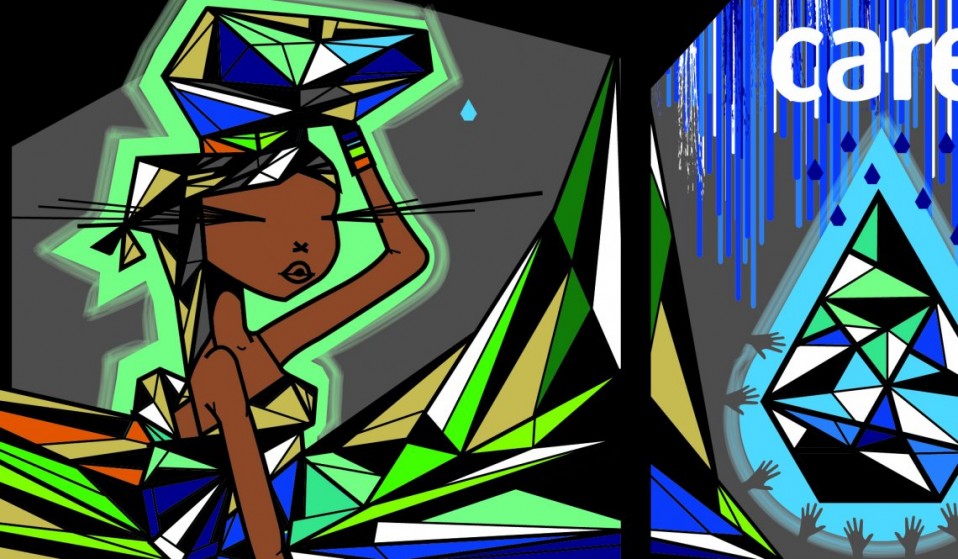 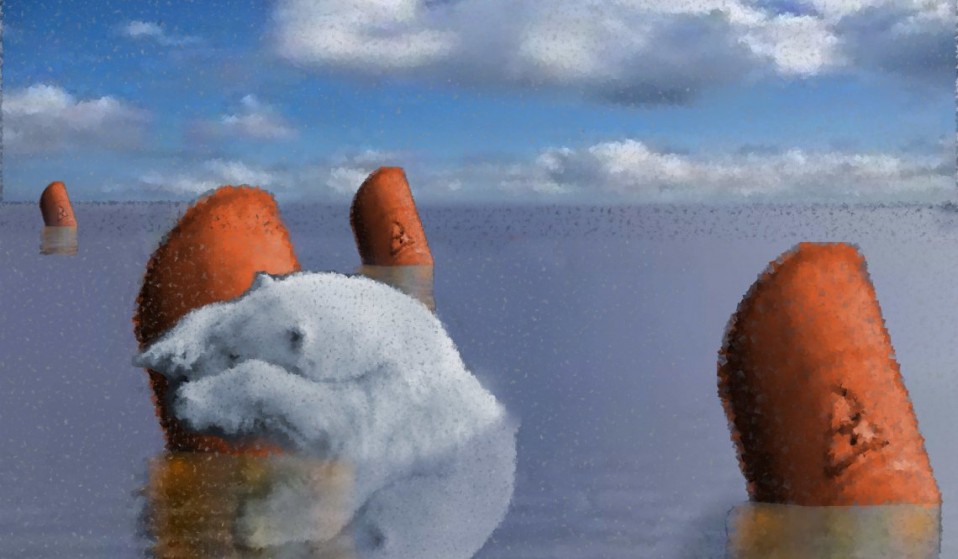 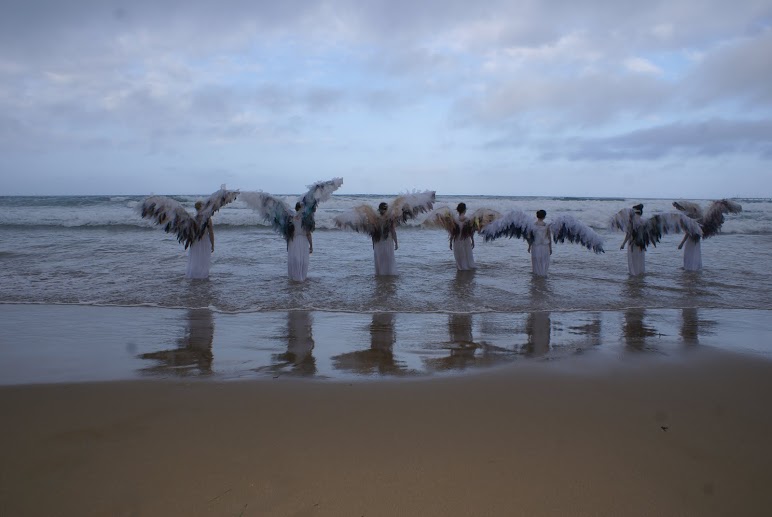 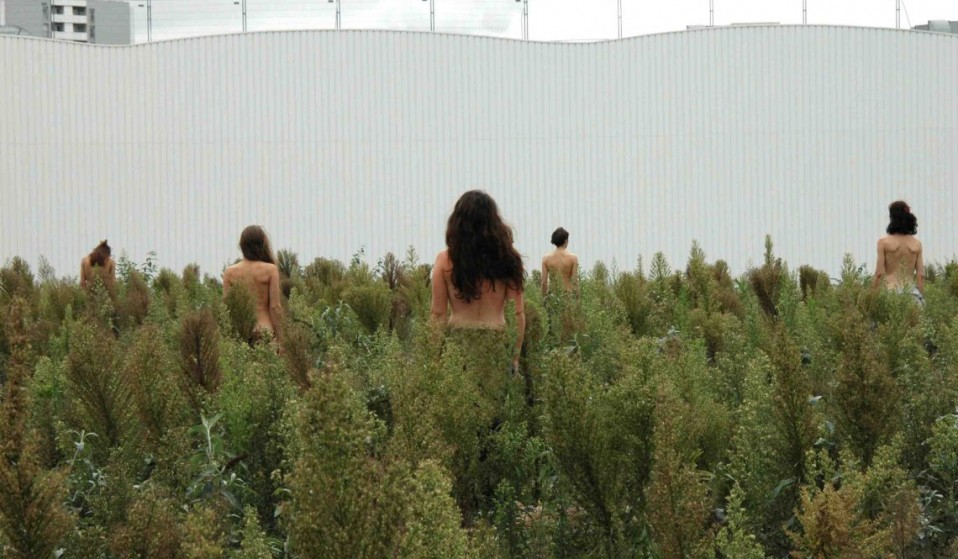 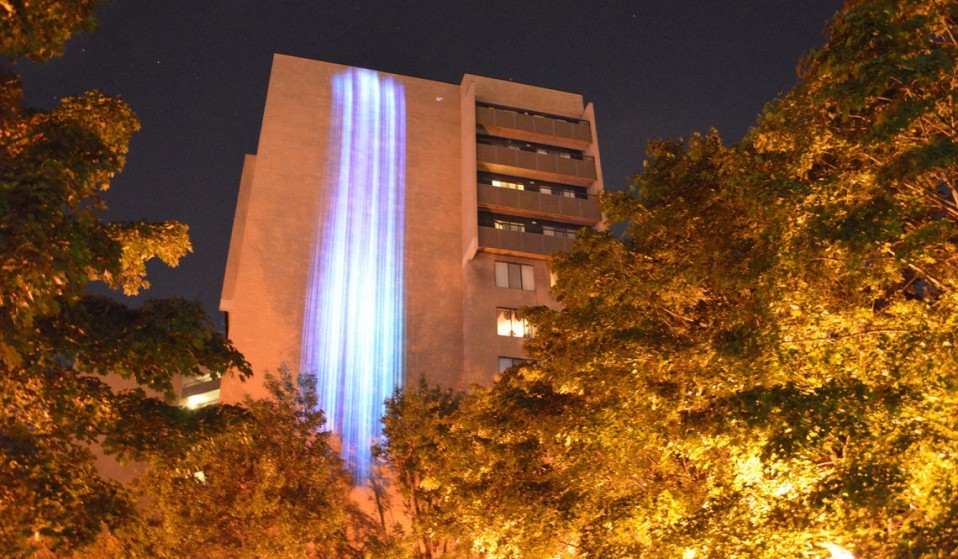 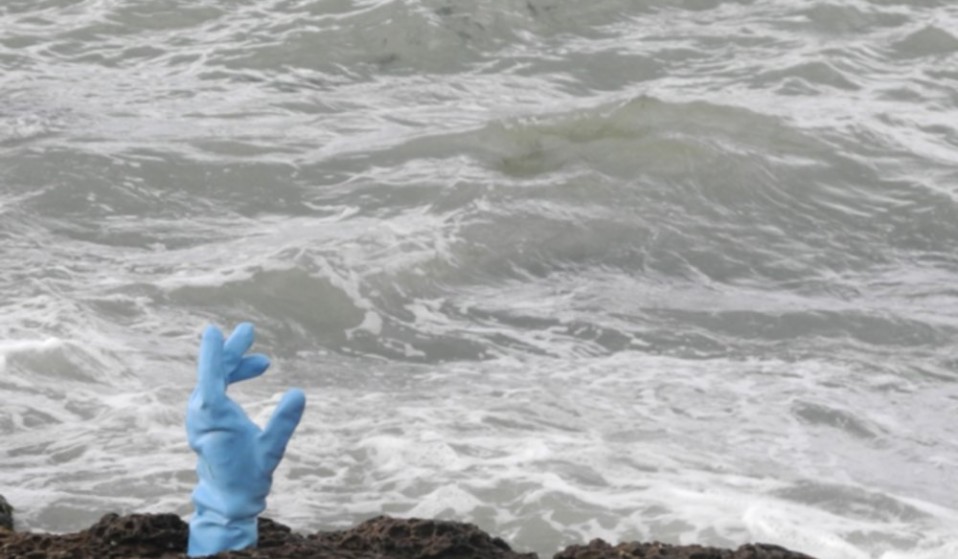 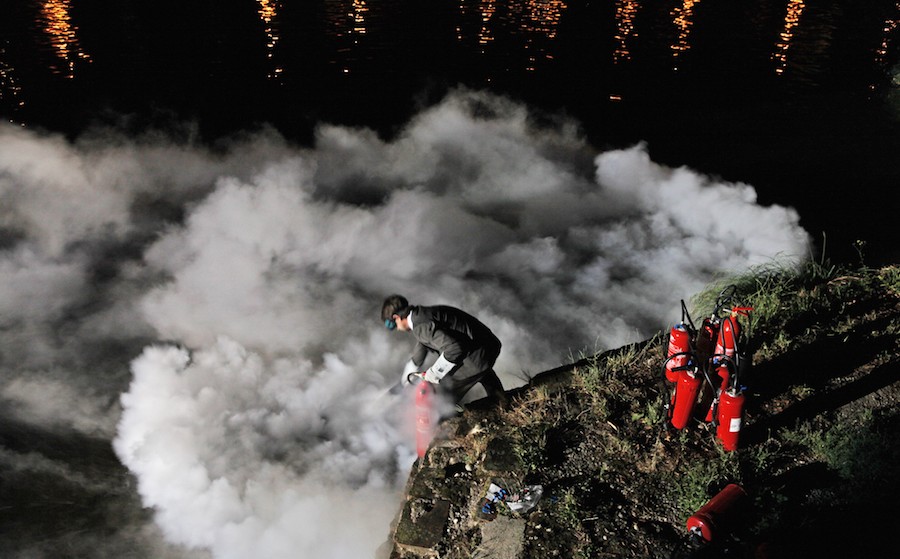 As the COP21 climate change conference takes place in Paris, artists from across the globe have come together to raise environmental awareness.

As the COP21 climate change conference takes place in Paris, artists from across the globe have come together to raise environmental awareness.

In the run up to the Paris Climate Change Conference (COP21) between world leaders, it has been artists and celebrities who’ve forced the environmental crisis onto the front pages. Whether it’s Vivienne Westwood riding a tank towards David Cameron’s Oxfordshire pile or Emma Thompson delivering soundbites at a London climate march, public figures have had to be creative to force the issue onto the agenda – especially as the fallout from the Paris terror attacks and France’s state of emergency have frustrated activists’ plans to put the survival of the planet centre stage.

ArtCOP21 is a worldwide festival using art to initiate dialogue about climate change, with artists from 52 countries banding together over the course of three months and over 500 major events taking place as far and wide as Paris, Brighton, California, Rio, and Jakarta.

The Coalition for Art and Sustainable Development (COAL) is one of two organisations, along with Cape Farewell, responsible for the artistic direction of the event, and it was an opportunity for collective expression that COAL co-founder Loïc Fel relished. “One reason to gather artists from around the world is to show that the eco-cultural movement is universal,” he says. “For the first time in history we are witnessing the birth of something global. Something not limited to one continent or one civilization, but for all humanity. It’s the first time at a COP that culture has spoken with one voice.”

Highlights of the event include the Wake Up! Festival in Nice, an 18-day event featuring dance performances, live theatre, film screenings and talks with guest speakers including renowned Canadian astrophysicist Hubert Reeves and actress Mélanie Laurent. Wake Up! director Irina Brook is thrilled by the opportunity to merge art and environmentalism. “The theatre has always been the mirror of society,” she says, “this is a strong and symbolic moment. A festival that gives artists and spectators the opportunity to imagine a new collective consciousness.” 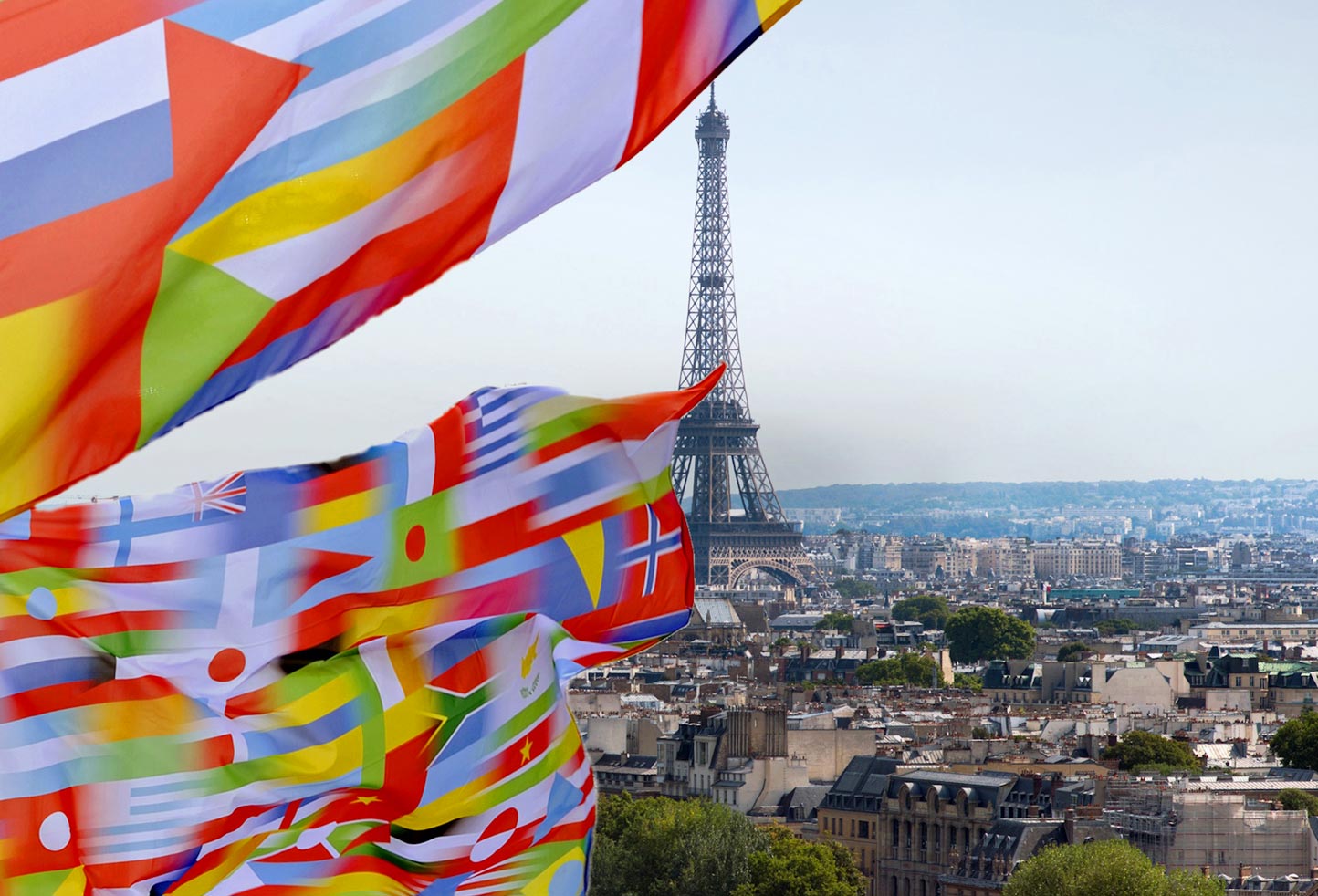 Other performances of note include Australian theatre troupe Climate Guardians, who will appear intermittently at iconic Parisian landmarks dressed as angelic protectors of the natural world, an animated short featuring a polar bear wandering the oceans to find the ice cap that deserted him, and an art exhibition called West – Land at London’s Pop-Up Gallery. Featuring works created by MA graduates of Central St. Martins, the show explores the fragile beauty of the world’s oceans.

But it’s not only professional artists taking part, with any artistically-minded individual able to sign up to have their environmentally-inspired event promoted on the official ArtCOP21 site. Among them are 1500 students from the Miami Springs Middle School, who on December 8 will form with their bodies an enormous image of the earth held inside an hourglass, which will begin to disintegrate child-by-child to the base of the object like sand.

ArtCOP21 showcases an international meeting of minds linked by a common desire to change the world for the better. It’s the sort of radical, creative activism that those busy conversing behind locked doors this week would be foolish to ignore.

“Our hope is that COP21 marks the start of a revival of the world”, Fel says. “And we believe culture is essential to that. Our culture determines our lifestyle and behaviours, and it’s those same behaviours that determine our climate impact. We hope that all of this will be the beginning of the coordination and deployment of a dynamic cultural movement.”

ArtCOP21 is runs worldwide through December. Dates and events can be found here.

Linkedin
RELATED ARTICLES
OTHER ARTICLES
Mike Smith’s intimate photos offer a detailed record of the inhabitants of Boston’s streets in his characteristic non-judgmental yet direct approach.
While the popular news aggregation service has been kicked off Twitter, its demise does not spell the end of digestible misinformation.
The Philadelphia local has made a name for himself capturing the hardcore scene – and over more recent years, he’s been ramping up his coverage of the fight for social justice.
With a new bill seeking to further criminalise asylum seekers, the work of a group of volunteers monitoring small boats in the English Channel is all the more vital.
The musician, DJ and founder of Monika Enterprise reflects on a career defined by revolution and rule-breaking.
Riding from street to street on his trusty bike, Scottish photographer Sandy Carson documents his adopted home at a unique point in its history.