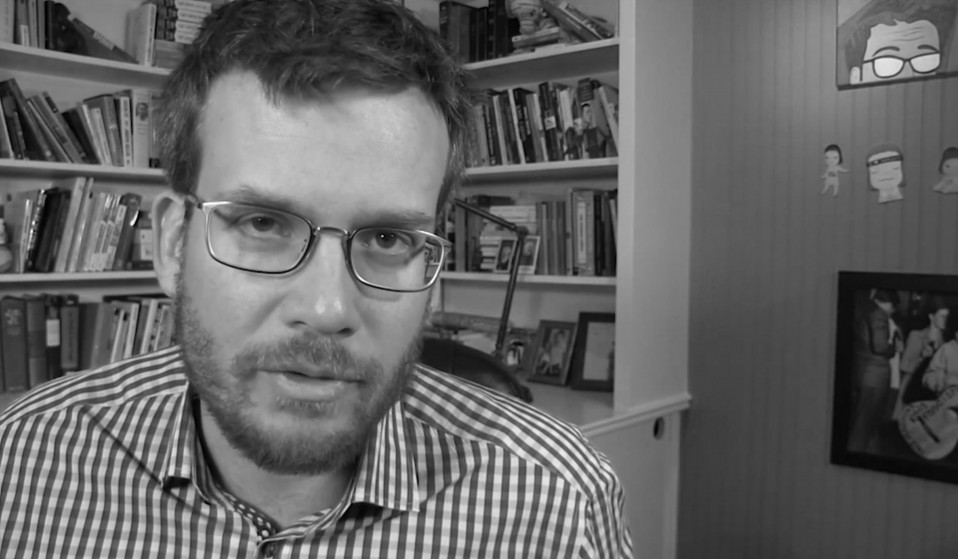 A 13-year-old-girl was recently unmasked as the real author of a popular John Green quote. Embarrassing. But Green joins a long list of notorious plagiarisers, including Vladmir Putin, Jonah Lehrer and Brian Williams.

A 13-year-old-girl was recently unmasked as the real author of a popular John Green quote. Embarrassing. But Green joins a long list of notorious plagiarisers, including Vladmir Putin, Jonah Lehrer and Brian Williams.

Picture this. You’re a mega-fan of author John Green. You’ve read The Fault in Our Stars like a million times. You’ve seen the film and can pull quotes from his five other novels off by heart. One of your favourites is this: “I’m in love with cities I’ve never been to and people I’ve never met” Did you fall in love with John Green and his writing from that one line? Reblogged it on Tumblr? Well, you’ve been reblogging something written by a 13-year-old girl.

In a recent post from his YouTube series, VlogBrothers, Green explains that it was only when he came across a post on subreddit /r/copyright that he realised that the quote that had been attributed to him for the last seven years was written by a teenage ‘nerdfighter’ (a community of cult fiction fans). How embarrassing for John.

Green handles the situation well, though. He takes it lightheartedly and is now selling posters of the young girl’s artwork on his site with all the money raised going directly to her. But some people are a little less gracious. Some people like to pretend that other peoples’ work is actually their own. In fact, it happens all the time.

There are a lot of examples of people trying to pass off someone else’s ideas or words as their own. Here are just a few of them.

A brilliantly successful young journalist, Jonah Lehrer was working at the New Yorker and had just written his first book, Imagine, when fellow journalist Michael C. Moynihan started questioning some of quotes that Lehrer claimed came from Bob Dylan. A self-confessed ‘Bob Dylan nerd’, Moynihan pressed the issue with Lehrer and, eventually, published a piece exposing him for the false attribution of quotes and self-plagiarism that Moynihan suspected all along. Disgraced, Lehrer resigned from The New Yorker but retained his position at WIRED until their internal review of his work found recycled material in 17 of his 18 posts on the site.

Johann Hari’s career took off quicker than he could have expected. As Deborah Orr points out: “Johann became a top ranking journalist on a national newspaper when he was 23 years old.” Do you see what I did there? I quoted someone within the context of which they said something. Hari didn’t do that when interviewing his subjects, though. Allegations of his queer quotations had been circulating since 2003 but eight years later he was suspended from The Independent and went on a strange Wikipedia tirade under the pseudonym of David Rose that involved changing his own page to seem like “one of the essential writers of our times.”

Not one, not two, not even three. Marie-Louise Gumuchian, a former London-based news editor for CNN, had 50 separate instances of plagiarism found across the body of her work for the organisation. Needless to say, they weren’t best pleased. Gumuchian was fired immediately. “We’ve terminated Gumuchian’s employment with CNN, and have removed the instances of plagiarism found in her pieces. In some cases, we’ve chosen to delete an entire article,” CNN said. “Trust, integrity and simply giving credit where it’s due are among the tenets of journalism we hold dear, and we regret that we published material that did not reflect those essential standards.”

Even Vladimir Putin has been accused of plagiarism. Way back in 2006, Clifford Gaddy, a specialist on the Soviet Union, said that Putin’s thesis didn’t seem like the work of just one man. Speaking to RFERL, Gaddy said that the thesis entitled ‘Strategic Planning of the Reproduction of the Resource Base’ “would not qualify as a PhD dissertation at any first, second, or third rate university in the United States.” His questions were raised after having studied it and noticing a lack of consistency in style.

Okay, so this is less a case of plagiarism and more an outright lie. But it’s earned its place on the list because just… wow! Revered NBC host Brian Williams really embellished this one. Claiming that he was in a helicopter shot down by RPG fire in Iraq, Williams was called out by an army veteran who had no memory of him being aboard the shot-down helicopter. Instead, he was in the one behind and suffered no harm. After apologising on-air, NBC deemed this to be in such breach of journalistic ethics that Williams is currently on a six-month suspension from the show he has hosted for the last decade.

Linkedin
OTHER ARTICLES
The two-day long event returned to London this year, showcasing a spectacular parade, steel bands and Caribbean food.
Financial turmoil is pushing people who work in the sex industry into more dangerous and desperate situations as a means of survival.
Thousands attended the annual event this year to wheelie through the city and call for ‘knives down, bikes up’.
A 37-year-old woman shares how her abortion led her to become a clinic worker, and the abuse she’s received in that role.
With skyrocketing rents, packed out viewings, bidding wars and more, renting in London has never been harder.
Birdy Chu reflects on documenting the historic moment in which the territory was formally passed back from the UK to China.