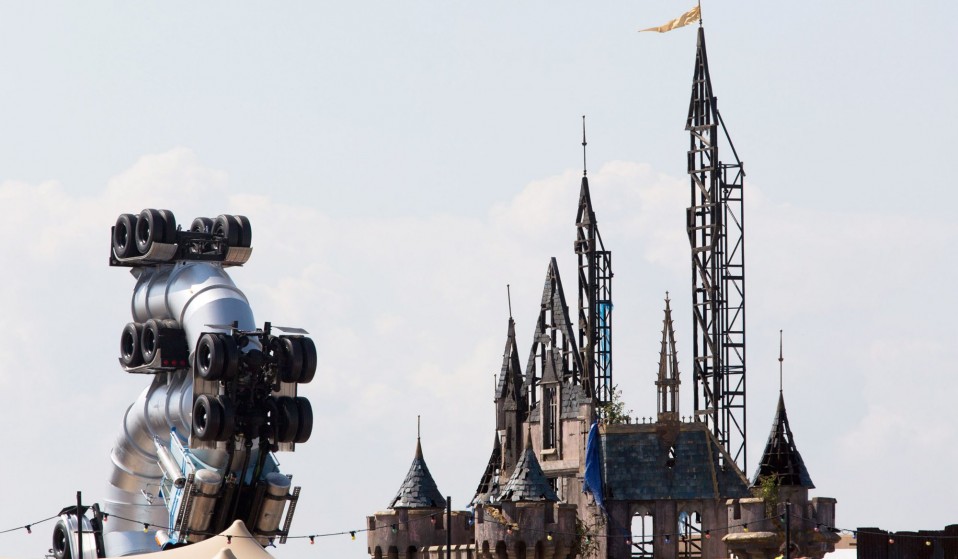 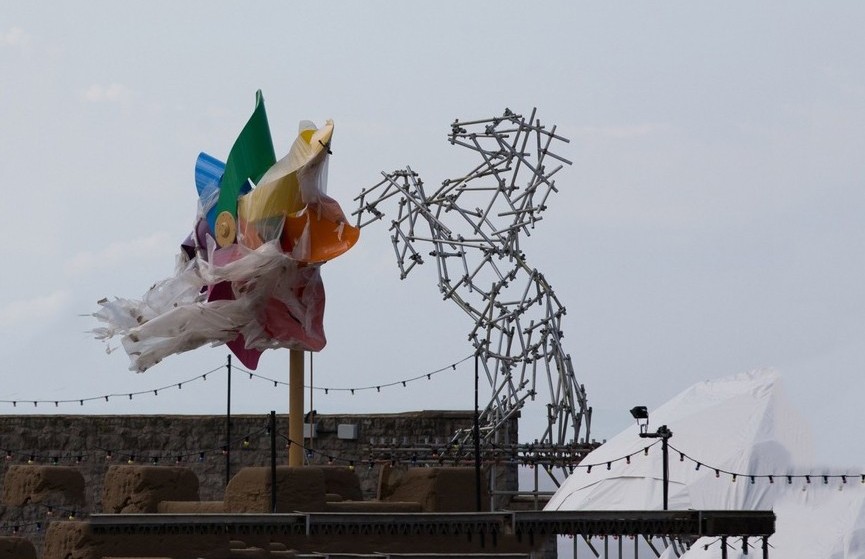 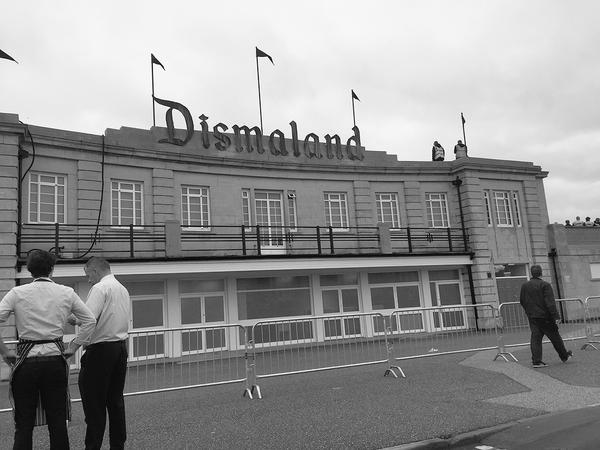 The smoke and mirrors come to an end as Banksy's long-rumoured Dismaland amusement park is finally announced in Weston-super-Mare.

The smoke and mirrors come to an end as Banksy's long-rumoured Dismaland amusement park is finally announced in Weston-super-Mare.

Weston-super-Mare is a quiet, sleepy place. It’s better known for its Helicopter Museum, Aquarium, and having a strong view of southern Wales on a clear day, than a contemporary art installation.

In this low-key, seafront setting, Banksy was rumoured to be creating something altogether more sinister as ‘Dismaland’ took  shape in a very cloak-and-dagger style set up. According to The Guardian, reporters were asked to move away because, “[the security guard] said so”, and photography was prohibited within 40ft of whatever was going on.

Today, the theories and speculation were confirmed when Bansky announced that it’s all some kind of twisted, nightmarish, raised middle finger to the Disney Corporation. Dismaland is being erected on the site of an old, disused lido that’s stood empty since the turn of the century. It’s now home to a deformed version of Cinderella’s castle, some unsafe looking rollercoaster cars, and maybe a horse? It kind of looks like a horse, but it didn’t seem like the right word to use.

Everything had been kept quiet for a long time with people assuming the sign attached to the railings which reads, “CREW NOTICE: Grey Fox Productions Location”, was just the sight of a film shoot. But, when no cameras arrived, people started to get suspicious. It got even more suspicious when, as The Bristol Post reported, Holly Cushing, who is believed to by Banksy’s manager and was down as an executive producer on Exit Through the Gift Shop, was spotted on site.

At long last, Dismaland has officially been confirmed and will be open everyday from August 22 to September 27. Unsurprisingly, it’s much more affordable than, y’know, Disneyland at £3 per adult and under-5s get in for free. There’s also going to be music from Peanut Butter Wolf, Run The Jewels and Kate Tempest on different Fridays.

For availability of tickets, check out the (probably still crashed) site here.

Linkedin
RELATED ARTICLES
OTHER ARTICLES
Underground graffiti collective Broken Fingaz spring up in LA for a mesmerising show that takes on sex, death, Indian spirituality and capitalist advertising.
New York City gave the world graffiti, and the world sold it on with a three-figure stamp. Through all the changes, the real pioneers like Lee Quiñones have found new ways to keep on keeping on.
Huck’s editor-at-large Michael Fordham reflects on an emotional election day journey around London, finding politics altogether absent.